We had the good fortune of connecting with Julian Graef and we’ve shared our conversation below.

Hi Julian, where are your from? We’d love to hear about how your background has played a role in who you are today?
I was raised in Missoula, Montana. Growing up I spent a lot of time with family down near Jackson, Mississippi, as well as Gulfport/Biloxi, Mississippi. Growing up in a predominately white city with not a lot of ethnic diversity – spending a lot of time in these areas early on gave me a new perspective of people and where I lived that I feel not a lot of my peers/friends had growing up; having been introduced to a variety of different cultures and ways of living. The city (if you can even call it that) that I grew up in had/has little to no music scene: unless you want to be a folk or country singer of course. There’s about 5 venues in the town of 80-something-thousand people that host real rap shows, few of which are all owned by the same company that for whatever reason doesn’t like supporting/booking local acts; and the other two being a questionably maintained basement dive bar, and the other being a literal bicycle shop (all love to Free Cycles).

Literally, nobody, not a single person has ever made it big in the rap scene; not only from my hometown, but from the entire state. I feel as if I could change that.

Spending a lot of time out of the state of Montana growing up showed me a broader scope of opportunities that lie outside of Montana’s borders. What especially intrigued me was performing arts, specifically dance and music. My parents had raised me listening to Michael Jackson, James Brown, Various classic rock bands, and a sprinkle of Shinedown and old Maroon 5 here and there. Specifically Michael Jackson was a huge early inspiration, starting what would be a 10 year long journey in dance I embarked on starting at the age of 5; giving me an introduction to music and rhythm at a young age.

In my life, I’ve endured a lot of struggle and change. When my family first moved to Montana we barely had any money, sleeping in a friends basement. Mac and cheese, hot dogs, and beans and rice was essentially the diet. We were on almost every financial assistance other than Welfare that we could get. It wasn’t until my early teens towards the end of middle school for me that my family started seeing a bit more monetary success; still not ballin, but definitely not broke anymore. This rapid change would help me keep grateful for everything I have around me. While we were far from being in the best position, we still could have had it a lot worse: and I’m forever thankful to my parents for making all the sacrifices they made for myself and my four brothers growing up.
A lot of these different positions I was put in growing up; staying at friends houses for prolonged periods of time, staying with family for months at a time, being around the country for prolonged periods of time, being in poverty and in the middle class, etc., really helped shape the head that I have on my shoulders today, and I’m forever grateful for everything and everyone I have around me.

While my upbringing was strange, bouncing around from big southern cities to my small northern home – being broke in childhood but seeing my family find success as I grew up, coming to The City of Angels from somewhere where nobody cares about the music…I’ve seen both sides of a few coins: I feel like I finally have the opportunity to bring people together from my home-state, and open the doors for the success of many from where I’m from. 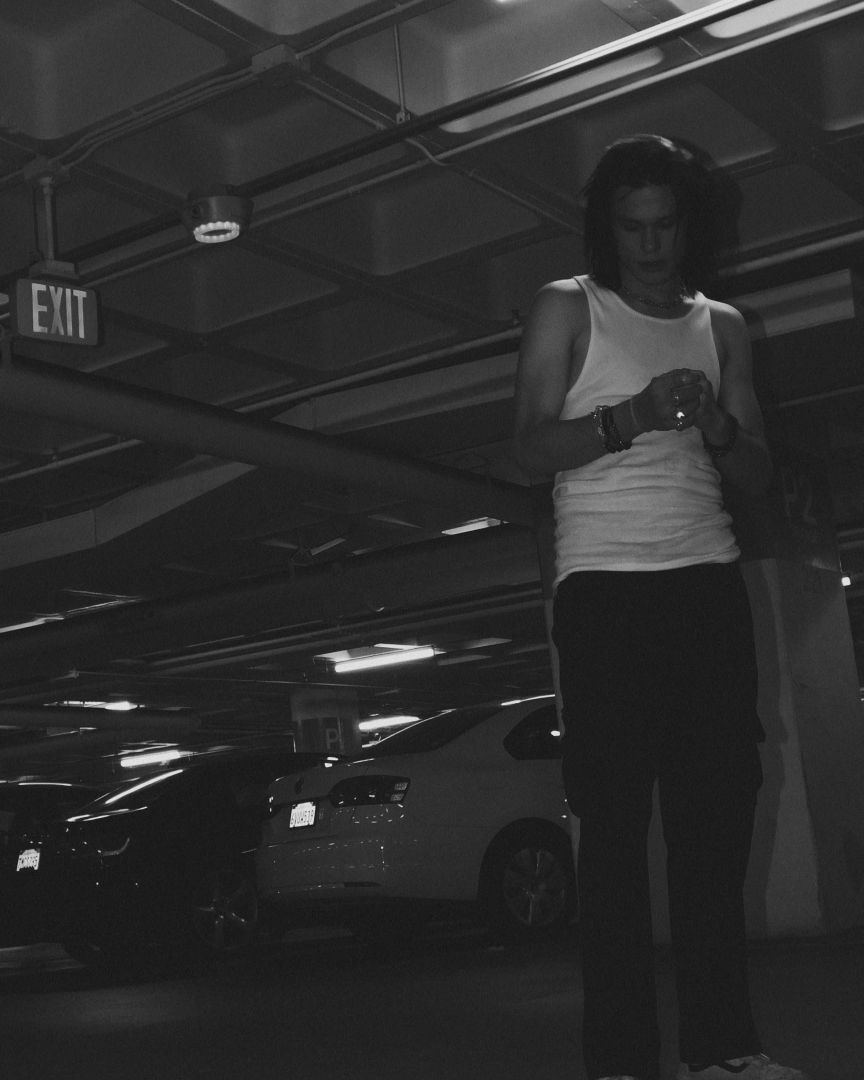 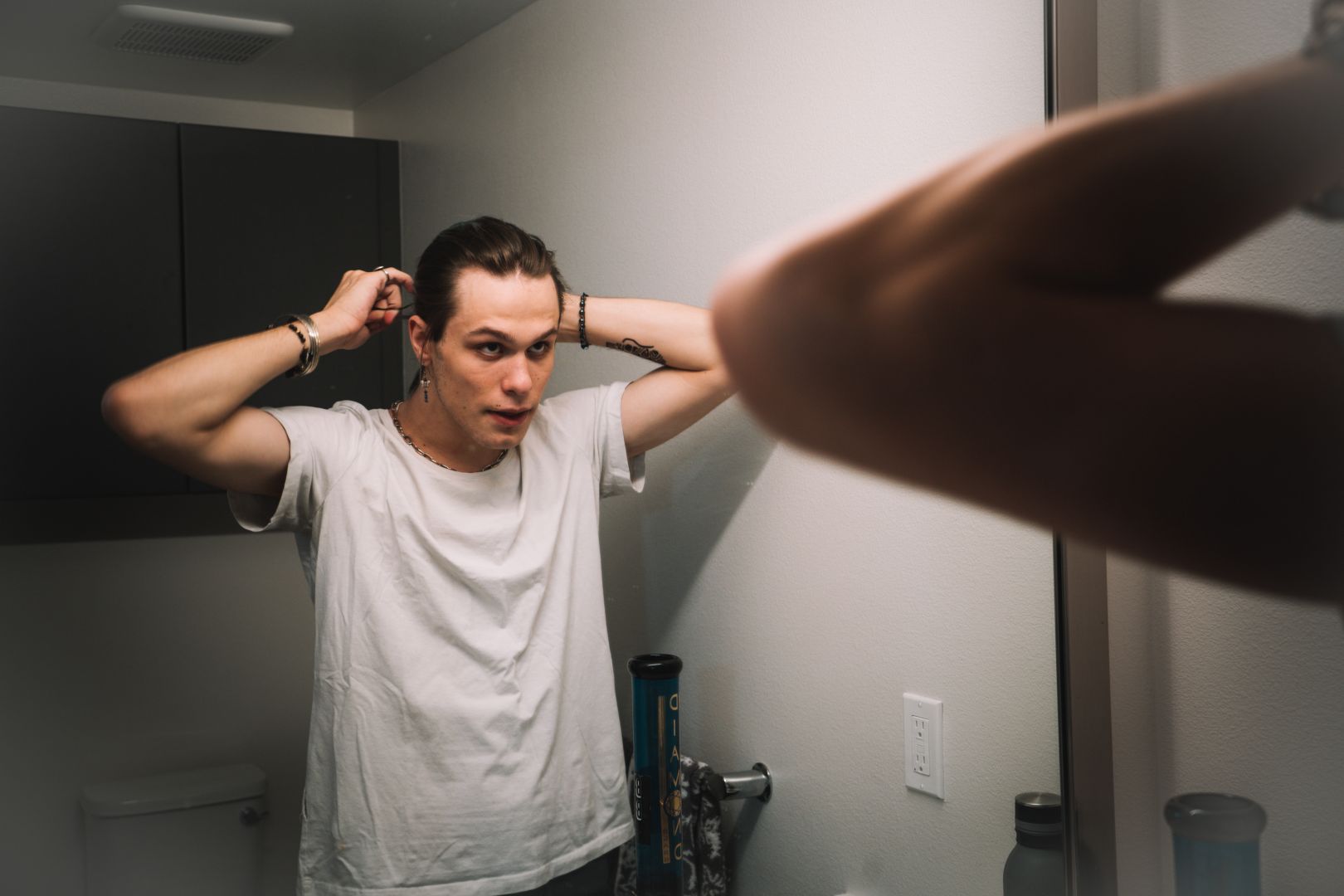 In February of 2021, I completely removed my entire discography from every streaming platform and completely rebranded myself and my image, and in March of 2021 I released my debut single ‘TIDAL WAVE’ under the same alias “Xedrin”, but appearing as a completely new artist.
Both the audio and video of TIDAL WAVE were a huge success in my book, with TIDAL WAVE sitting at just over 110,000 Spotify streams, and about 35,000 views on the video on YouTube; and it was with this release that Buppy. and I started planning my relocation from Missoula, MT, to Los Angeles, CA.

While in 2021 my discography is limited to only 2 songs on all platforms (‘TIDAL WAVE’ and ‘RUNNING BACK’), and 3 additional SoundCloud Exclusives (REAP & SOW (feat. Buppy.), ‘Vendetta’ (feat. KM 11:11), and ‘Bye Missoula’) I’ve seen more success this year than ever before in my life. I’ve grown my following substantially, and made connections and friendships with individuals who 2 years ago I could have only dreamed of.
While I don’t think I plan to release another song in 2021, my calendar for 2022 is looking more than stacked; and I have released planned for the entire year starting right off the bat. I have a LOT that I’m very excited for. I have a lot of music that I’ve been saving for over a year planning the right releases, I have a lot of music planned to release featuring some of my favorite artists, now close friends; and I couldn’t be more excited to share it with the world coming in to 2022.

While my upbringing was strange, bouncing around from big southern cities to my small northern home – being broke in childhood but seeing my family find success as I grew up, coming to The City of Angels from somewhere where nobody cared about the music…I’ve seen both sides of a few coins: I feel like I finally have the opportunity to bring people together from my home-state, and open the doors for the success of many from where I’m from. 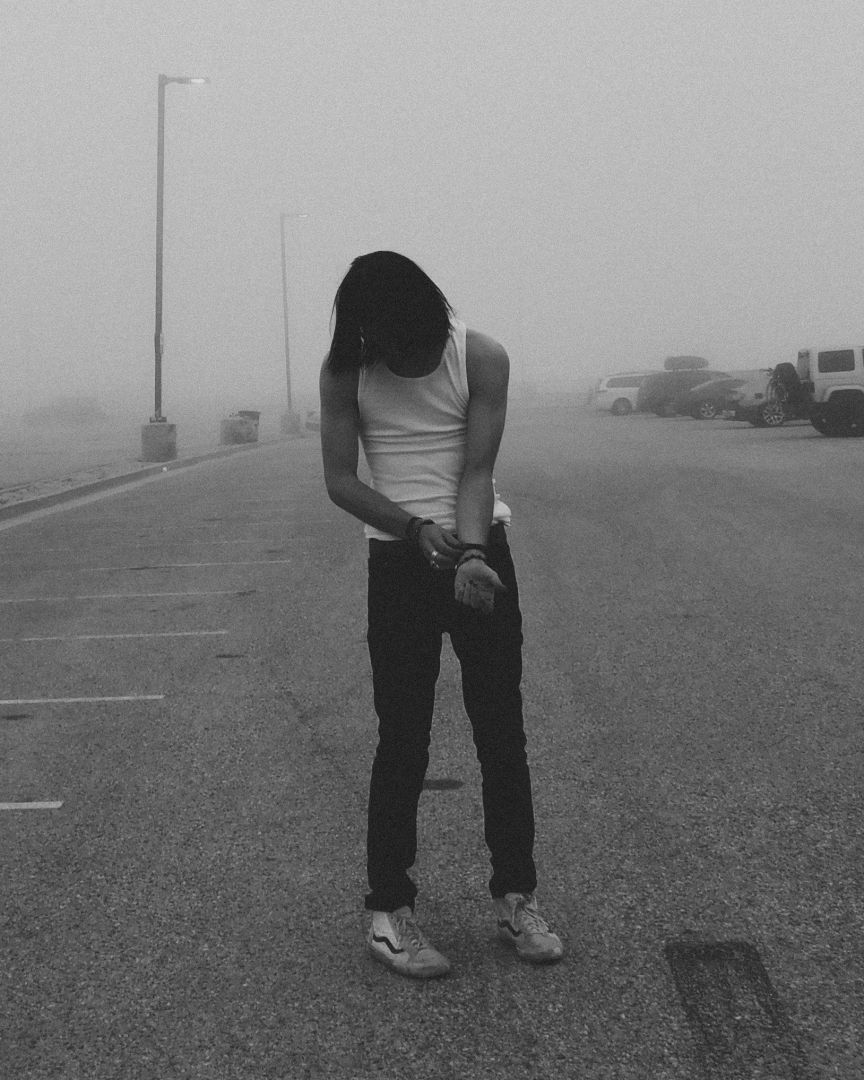 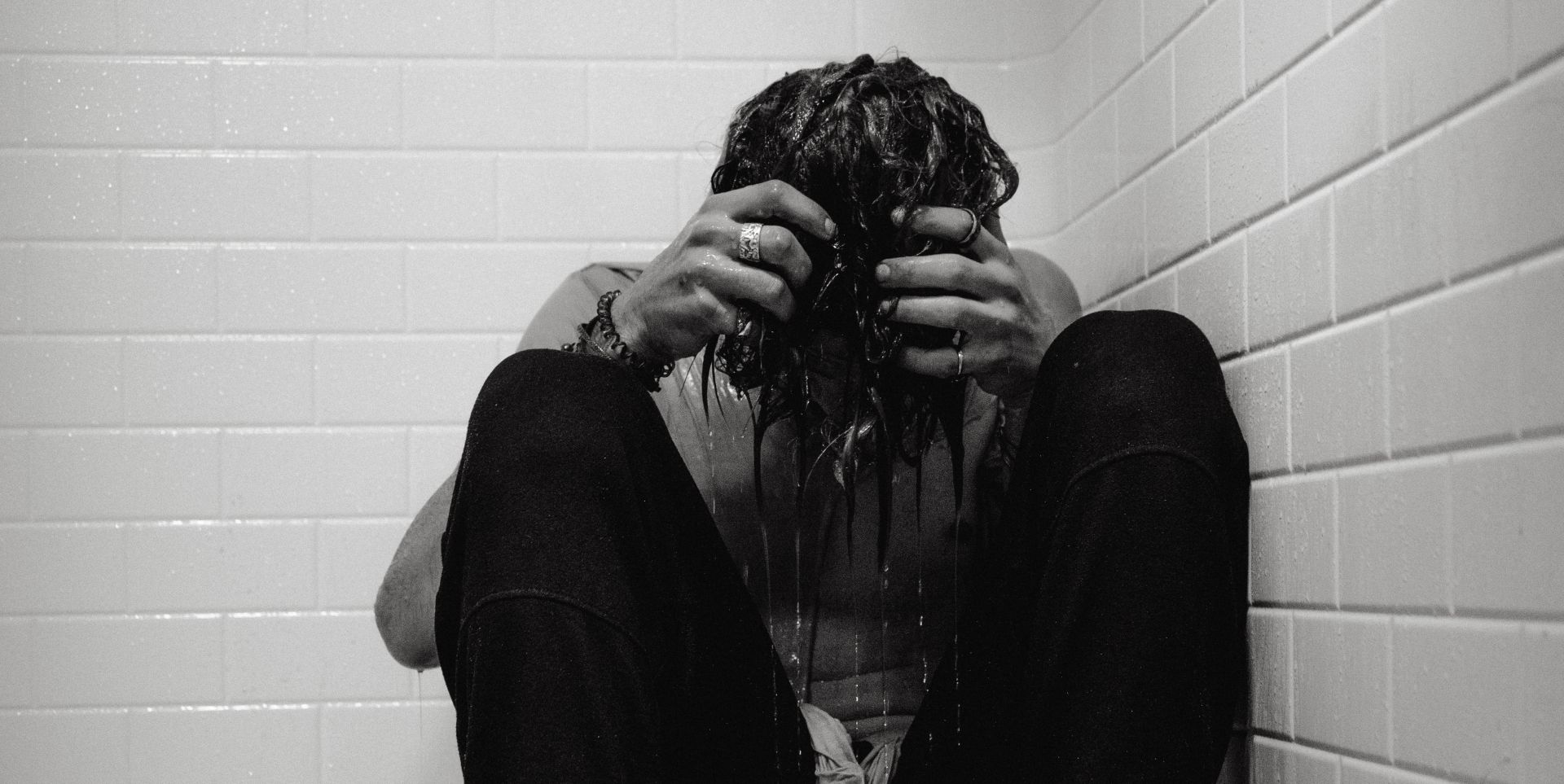 Any places to eat or things to do that you can share with our readers? If they have a friend visiting town, what are some spots they could take them to?
1000000% taking them to the following places:

* Melrose Trading Post (only open on sundays @Fairfax High School on Melrose x Fairfax)
* LALA’S Argentine Grill on Melrose
*Bak Kung KBBQ, honestly forgot where it’s at but somewhere in KTown
*Dockweiler Beach, I got a dope spot that’s kinda hard to get to
*Maybe take them to a concert in DTLA if there’s somebody good playing for relatively cheap
*Abandoned LA Zoo
*Topanga or Malibu depending
*Roscoe’s Chicken & Waffles
*Walk the shops of Melrose/Fairfax district as a whole
*Drive up to Big Sur or Monterey 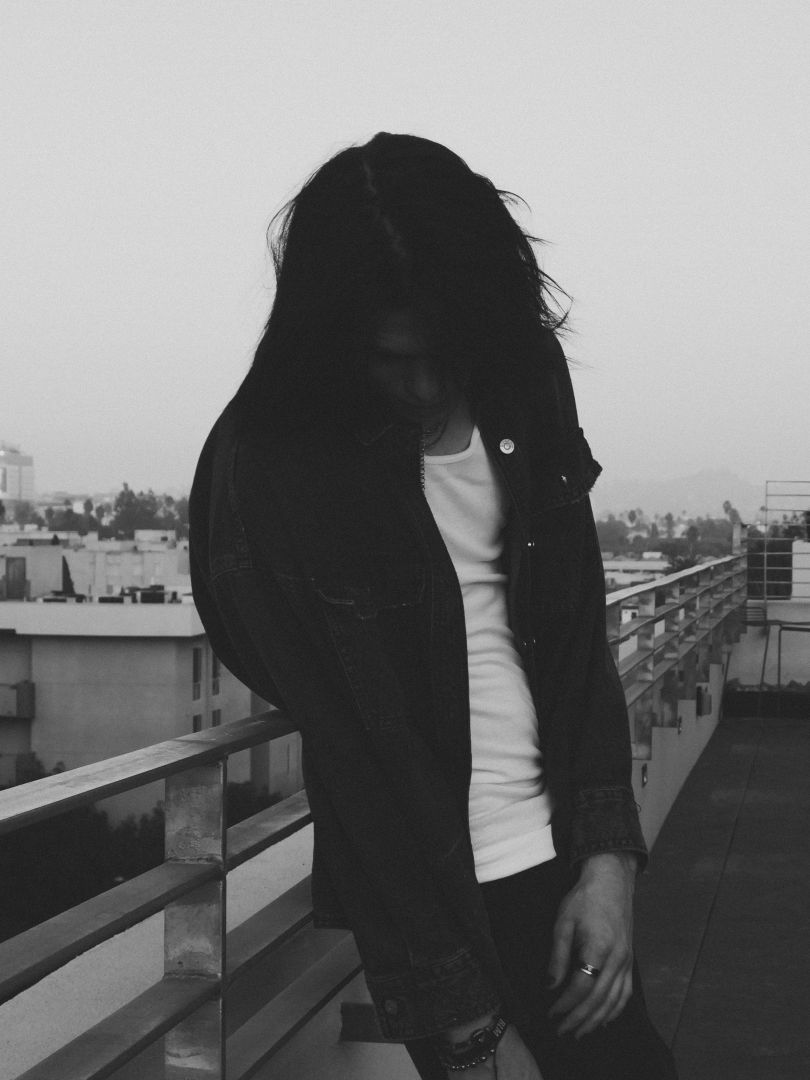 Shoutout is all about shouting out others who you feel deserve additional recognition and exposure. Who would you like to shoutout?
Chris Ramsey, an old close friend and former gymnastics teammate of mine who was tragically killed in a car crash during a summer storm. I looked up to him like he was one of my older brothers. He truly taught me perseverance, patience, self control, and confidence. He was one of the few who early on told me to pursue my passion in music, and who always did everything to support me in all aspects of my life. Rest in Paradise, Chris. I wish that you could see me right now.