We had the good fortune of connecting with Julian Montgomery and we’ve shared our conversation below.

Hi Julian, how do you think about risk?
To me risk and faith are closely related. There is a Biblical scripture that states, “faith without works is useless”. I think that statement also pertains to risk. Risk can be calculated, assessed, and minimized but at some point it is something that has to be realized by the taking of some kind of action for which the outcome is not guaranteed and, whether great or small, for which there is some element of the unknown. In my case, along with my wife, I decided later in my life to move from the Midwest where I had spent the majority of my life. I moved to Los Angeles where initially I didn’t know a single person. I didn’t move to pursue film composing or music in anyway. It was solely because I wanted a warmer year round climate, a bigger city, more to do and more diversity. LA was the place that checked all the boxes. So, after years of planning, my wife and I sold the four bedroom, 2.5 bath, 3-car garage, full basement, professional-grade studio, home we built. We sold most of our belongings, found a 2-bedroom apartment in the Valley, got into our car, and headed west. At some point in my adult life it dawned on me that someone must make the music you hear in films. It really intrigued me because I started to realize how much the music in the film impacted my perception of the film and how I felt emotionally. I started to have this interest in film music but it was only a mild interest because I just had never been exposed to making music for the purposes of visual media. After living in Los Angeles for a couple years I decided to start taking a closer look at composing music for visual media since of course I was living in the land of film and TV. That turned into the pursuit of making a career transition from an IT Software Architect to a Visual Media Composer. So, composing for me is a second career. Knowing that I am a composer who is older and African-American it’s a huge risk to pursue a second career after having a very well established career. In my current career as an IT professional I am well respected. Those I work with know I am a leader in that industry and I am well compensated. As a composer I’m new, I am working to establish myself as a known and respected entity, I’m competing with younger people for the attention of directors and producers who are typically also younger people. I can’t expect to start this career with the same compensation and opportunities as I have in my IT career but that’s ok. I have an incredible passion for making music and I have decided composing music for film and TV is what I’m going to do so I put all of my time, energy, and resources into furthering this career…regardless of the risk. 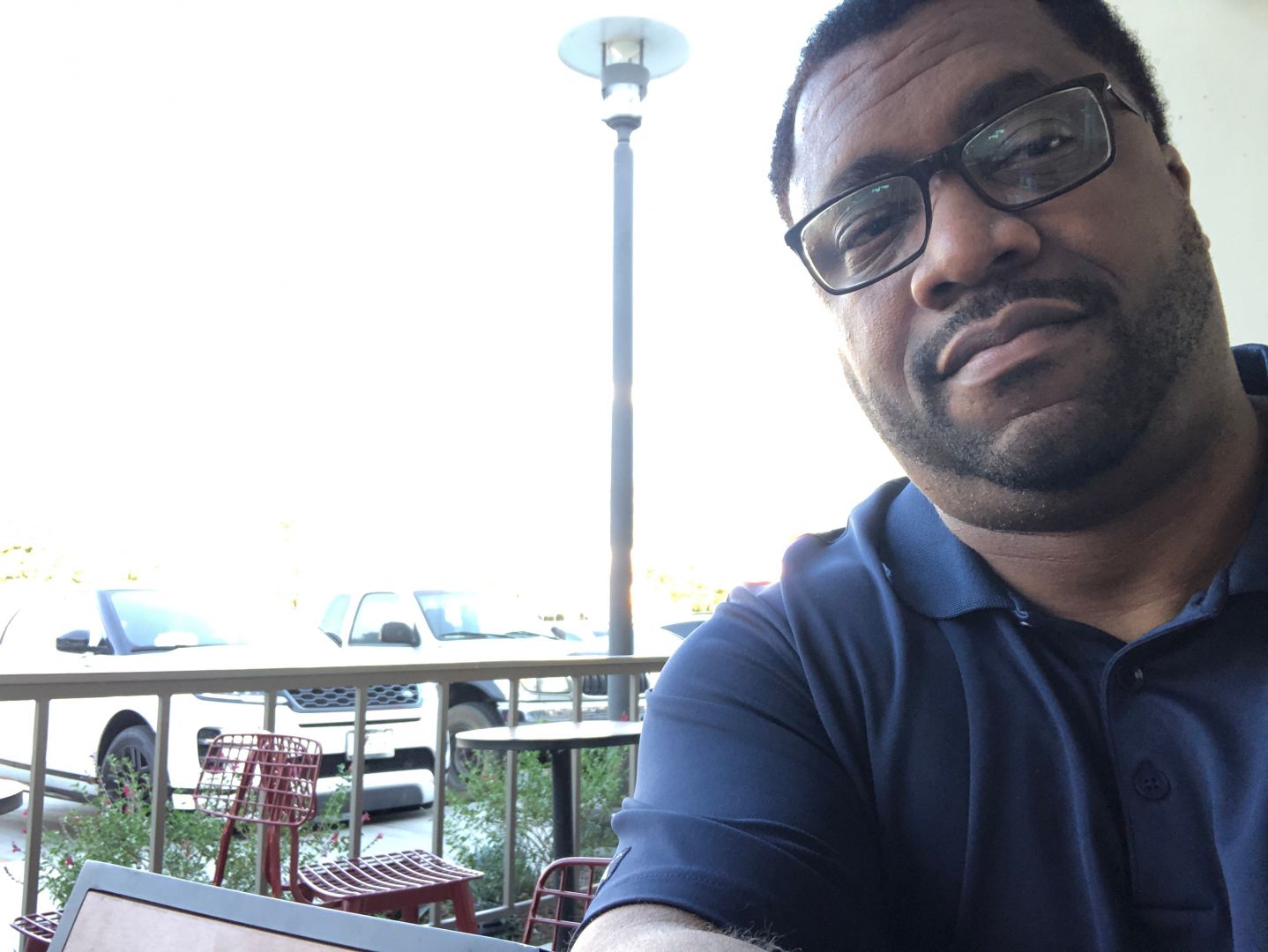 Let’s talk shop? Tell us more about your career, what can you share with our community?
I spoke some about this in the section pertaining to risk. I’ve been making music most of my life but when I first started developing my visual media composing skills I started listening to soundtracks. I had never made orchestral music. All the music I had made over the course of my life was a combination of R&B, Hip-Hop, and Jazz. I’ve also always used a lot of synthesized sounds in my music. I started taking classes at Berklee Online and I downloaded several public domain films from which I took clips and composed music that infused some kind of orchestral instrumentation. Nowadays I get a lot of comments on the music I compose but people don’t know the amount of time that has gone into developing myself. I have developed into a composer who does a mixture of all the different styles of music I have done my entire life along with orchestral music infused with electronic sound design. I actually love the music I make. Recently, I’ve started diving into what is referred to as modular synthesis, specifically using Eurorack. I wanted to expand what I do from a synth sound design standpoint and really be able to create very customized sounds for each film/TV project I work on. I was doing this with software synths but I decided I wanted a synthesizer customized specifically for me. Eurorack provides what I’m looking for and so in 2020 I made a huge effort to start learning modular synthesis and to start building out my customized synthesizer. This has taken much time and resources but I’m excited about the synth sound design possibilities. This journey has not been easy. One thing you learn early is there are fewer opportunities than there are composers. You come into it thinking it’s a music-making industry and you quickly learn it’s more of a relationship industry. You can be a great composer but if you don’t have the right relationships you won’t get many opportunities. So, the difficulty is to begin building real relationships with filmmakers and other composers. That is especially difficult during a pandemic when there are little to no opportunities to meet people face to face. The biggest difficulty for me is that I am a highly introverted person. Introverted people are always misunderstood. It’s not being shy, it’s that you are very content being alone and interaction with others can drain you. As an introvert it can be very difficult for me in groups. So, I have had to work very hard to mingle and socialize. Put it this way, during Thanksgiving when I lived in the Midwest my family and my wife’s family would all come to our home. These are all people I know and love. However, at some point I would have to disappear to our bedroom and just sit there and look outside to be alone for awhile. How does a person like that build relationships with people? How does this person find success in an industry predicated on relationships? I’ve had to work hard to go into social situations and meet people, talk, smile, and allow people to get to know me. It’s something I constantly deal with. I don’t know that I have overcome it but it’s necessary to be successful in this career. Regarding relationship building, early on I just thought my talent will make room for me. As I’ve stated above, I’ve learned that is not necessarily the case. One of the biggest things I’ve learned is when you meet filmmakers don’t be so quick to talk about yourself. Show some genuine interest in what they do. Show some interest in their journey and filmmaking. Talk about things completely unrelated to filmmaking. Be willing to help a film be successful in anyway needed not just composing music. Yes, people want to work with those who are good at what they do but more often than not they really want to work with those whom they like and trust first.

Any places to eat or things to do that you can share with our readers? If they have a friend visiting town, what are some spots they could take them to?
I would take them to some beaches like Manhattan Beach, Santa Monica Pier, Venice Beach, and Will Rogers State Beach. For entertainment we would go to CityWalk, The Laugh Factory, iPic Theatre in Pasadena, Rooftop Cinema Club, and Street Food Cinema. We would go outside of LA County to Santa Barbara and if we had time we would go up to the Bay area. We would go for a drive along the PCH and Mulholland Drive. We would eat at such places as Fat Sal’s, Ms. B’s M&M’s Soul Food Restaurant, Roscoe’s in Hollywood, Blu Jam Cafe, Toast Bakery Cafe, Midici, Boiling Crab, Gyu-Kaku, Ruth’s Chris, Fogo De Chao, and Original Pancake House, just to name few…I eats my food LOL! We would get sweets from Milk, Sugarfina, Susie Cakes and the Beignet Box food truck. We would visit museums such as the California African-American Museum, Hammer Museum, The Japanese American National Museum, and The Getty. We would go to a football game at Sofi Stadium, a basketball game at Staples Center or a baseball game at Dodger Stadium. We would visit The Observatory. We would explore different neighborhoods such as Koreatown, Chinatown, Beverly Hills, Beverly Grove, Downtown, Ladera Heights, Echo Park, Highland Park, Hollywood, Pasadena, Santa Monica, Venice, and Westwood. We would shop at Century City, Topanga Mall, The Grove, The Americana, The Citadel, and the Camarillo Premium Outlet Mall. We would go to Universal Studios and Disneyland. We would visit the campuses of UCLA and USC as well as Woodbury University where my wife attends school. I would introduce them to my friends and colleagues connected to the Composers Diversity Collective. 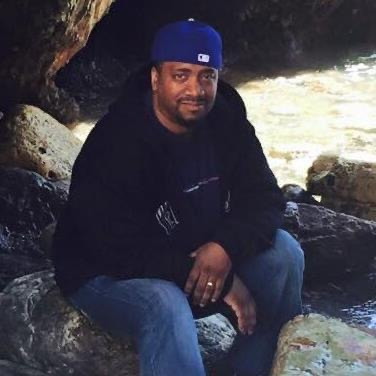 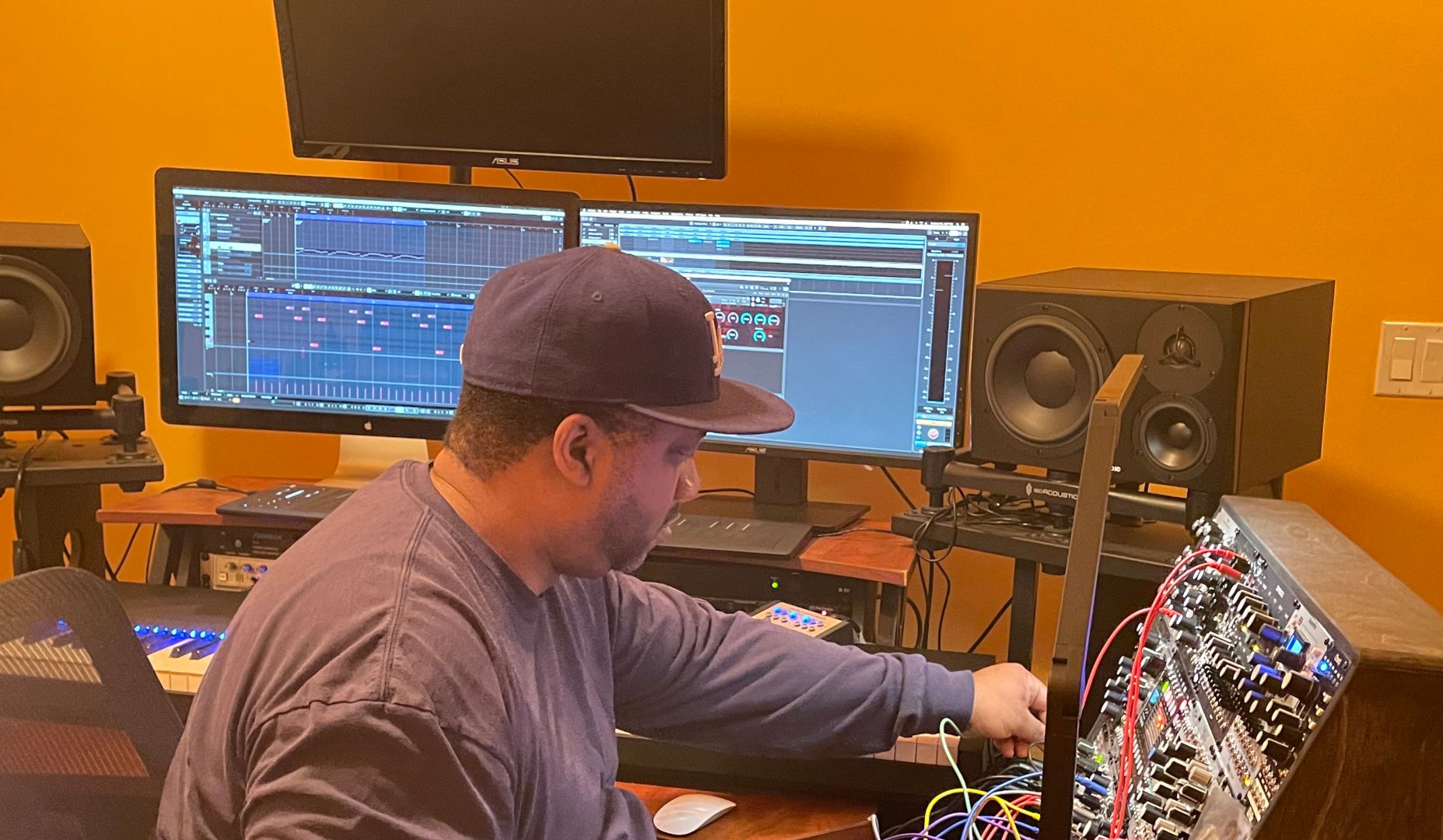 Who else deserves some credit and recognition?
I would like to give a shoutout to my wife, Debbie Montgomery. She has always supported everything I have done. Working on film projects takes a lot of time and even when I’m not working on a film I’m putting in a lot of time getting better. A lot of our resources go to building an environment for me to compose music. I also attend school and that is time consuming as well. I couldn’t do this without all of her love and support. I also couldn’t do it without her encouragement in those times when I need it.