We had the good fortune of connecting with Justin Nuckols and we’ve shared our conversation below.

Hi Justin, what led you to pursuing a creative path professionally?
This Dark Heaven, is Derek Hackman & Justin Nuckols. We each started in our artistic careers at very different times, yet for similar reasons. Both of us were stunned by live music when each of us were in high school – it lit a fire in each of us to learn an instrument, and make it on a stage. Derek started in the local music scene in 2008 in high school after seeing a couple live shows which made him think “local bands can’t be that good – but I want to be THAT good and put on shows like this”. Derek then mastered guitar, and assembled his friends in various local bands for several tours (Ezer; The Breaking Pattern). As for myself (Justin), I became obsessed with the energy of drumming at my first several live shows in high school, like The 1975, The Maine, and every band at Vans Warped Tour. I picked up drums & played hours everyday for over a year until Derek and I discussed similar bands and sounds we wanted to be. Derek as a veteran songwriter was inspired by our new genre, structures, themes, all while offering me the opportunity to learn music production. We began self producing and testing as many styles as we could to both allow Derek to experiment, and myself (Justin) to sharpen my craft deeper. 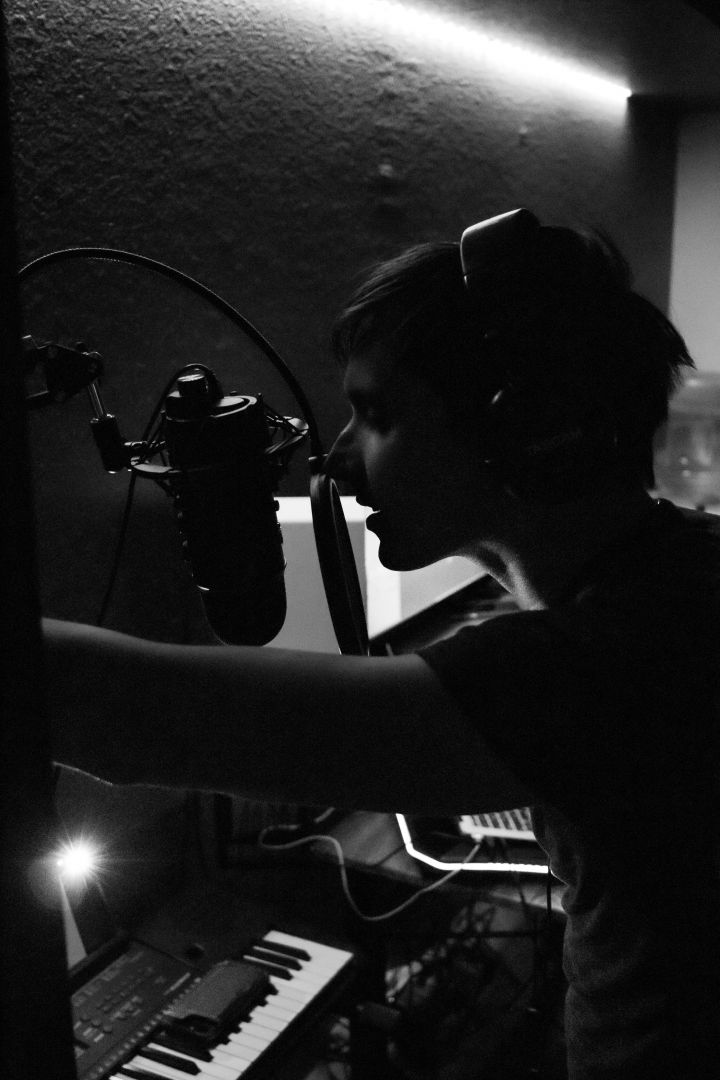 Alright, so let’s move onto what keeps you busy professionally?
This Dark Heaven is a self-produced band from Scottsdale, Arizona, made up of Derek Hackman (vocals, guitar) and Justin Nuckols (drums, keys, bass, production). We launched our project with the vision to be 3 adjectives: Dark, Pretty, & Cinematic. 4 songs released to date, 2 waiting to release, and dozens of demos in the pipeline, we have evolved into a dynamic meaning of these adjectives. These descriptors are present in every song we have, via context painting through lyrics, sound design & song structure, and to lyrical themes. My vision as producer (Justin) was to offer the listener a different experience in every song but to still have these objectives hit to feel cinematic and movielike at times, while offering a dark, angry, or even cynical vibe to any topic. Derek has found room for lyrics that didn’t suit past projects or songs, and opens his creativity on everything from trap to 80’s dance pop songs. The biggest lessons in this project so far have been to try any and all ideas out. With new song types and sounds, it takes both Derek and I a bit of trust to pursue ideas that may not translate without example to the other. Often times ideas Derek gives me on experimental beats is what actually moves it from a demo to a finished product. I occasionally have to fit a beat or pop hook to the point Derek sparks inspiration for lyrics. Working together to pull the best work out of each other in a totally new style has been great to help us both be comfortable trying new musical directions. 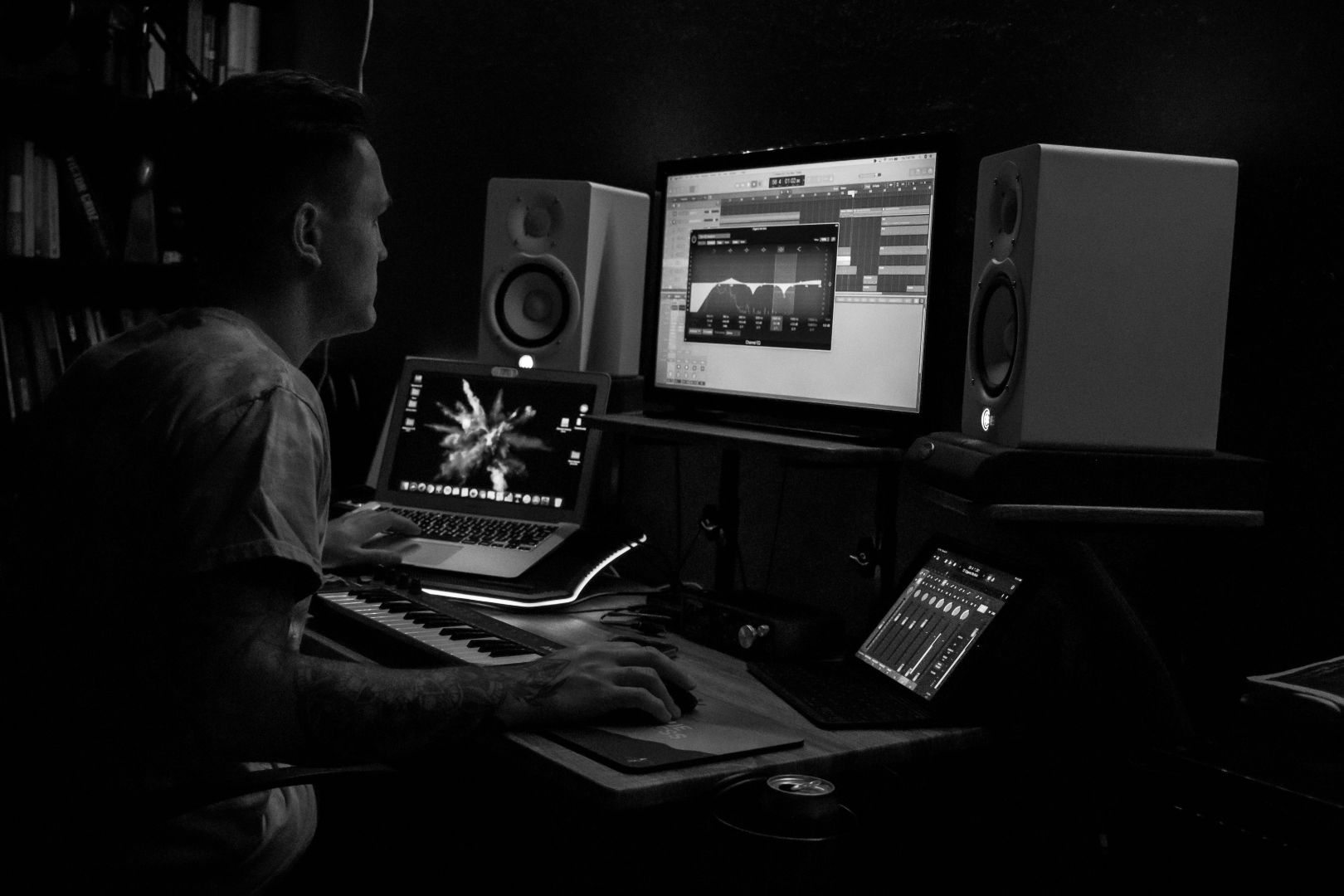 Any places to eat or things to do that you can share with our readers? If they have a friend visiting town, what are some spots they could take them to?
Our normal spots living in Scottsdale, Arizona is definitely starting with happy hour at Drunk Munk in Old Town Scottsdale. A couple of Mai Tai’s and sushi rolls is a frequent afternoon for us. After “only a couple” drinks grab a bird scooter and cruise down Scottsdale Waterfront for an Arizona sunset. We also both enjoy skating, playing basketball or Spikeball, or finding any reason to spend time outside at the local parks around Scottsdale. 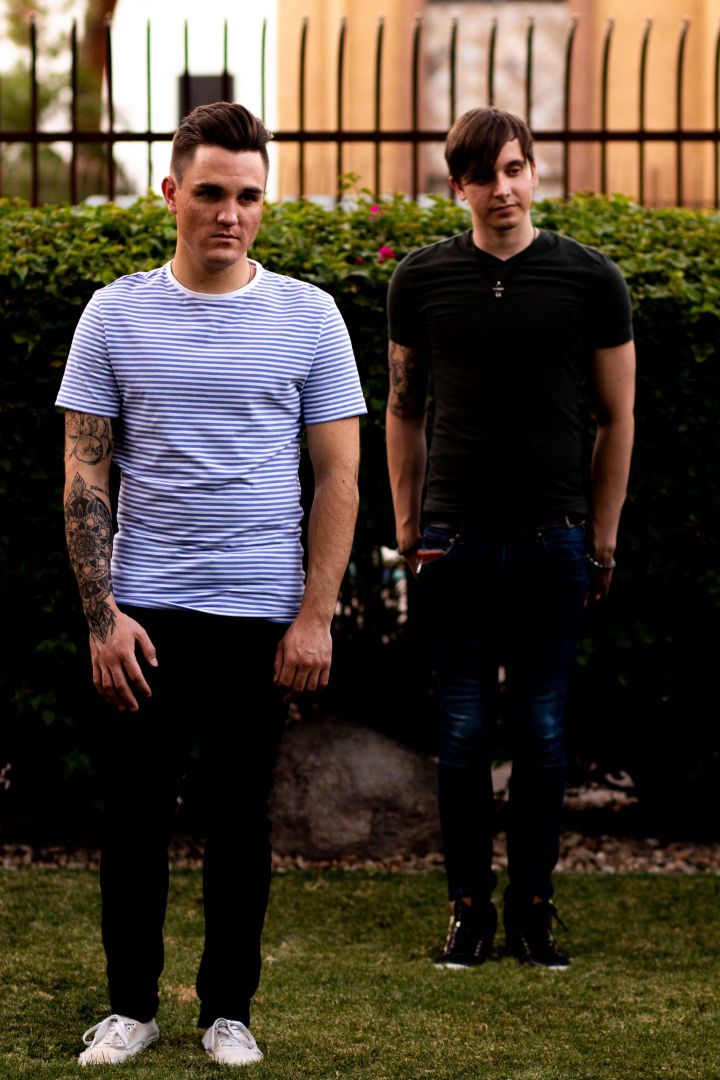 Shoutout is all about shouting out others who you feel deserve additional recognition and exposure. Who would you like to shoutout?
As a self-taught home producer and drummer, as bandmates and roommates, the first person I have to thank is Derek😂 The hours of horrible sounds he has sat through graciously can’t be understated. We collaborate with so many of our friends, both for ideas but also features on existing and upcoming songs, that we have to shoutout them out for their hands in this endeavour.