We had the good fortune of connecting with Jyoti Chand and we’ve shared our conversation below.

Hi Jyoti, where are your from? We’d love to hear about how your background has played a role in who you are today?

I come from a first generation Indian family. My parents migrated here from Burma and India. Growing up, I was embarrassed of my culture, embarrassed to be different. I would huff and puff under my breath when my mom made us stop at Target in our Indian clothes. I was terrified someone would see me and yell “INDIAN”. My cultural embarrassment got worse after 9/11. I was one of the few South Asians at my school and an easy target for “jokes” and harassment. I tried to hide my “Indian-ness” as much as possible for the longest time. In college, I met more and more people like me. Some who were fully embracing their heritage while doing Bhangra in the quad and others who were hiding as tokens in white fraternities. I felt like I was somewhere in between and it was a very uncomfortable place to be. I didn’t know how to be “American” with my non South Asian friends and I definitely wasn’t cultured enough with the South Asian crowd even though I pretended to be. I was constantly fighting this battle and questioning my true identity.

Becoming a mother changed everything. I began to embrace my culture. Not my parent’s Indian and Burmese cultures, but MY culture. The culture of someone in between. Mitali Perkins recently wrote a picture book called “Home Is In Between” and even though the book is meant for a young child, it resonated with me so deeply. The main character finds that her home is actually in between both India and America. That she’s not lost at all, rather that in between is where she is supposed to be. My culture is BOTH cultures, South Asian and American, and I have learned how to embrace it so that my children don’t feel stuck in between.

My South Asian culture plays a large role in my comedy and writing today. I wouldn’t be Mamajotes without the jokes about my upbringing and parents. I play on the bits that my South Asian audience will nostalgically enjoy or find funny. If it weren’t for the cultural challenges I faced as a child, I wouldn’t have anything to write about or laugh at today. I’ve learned through my audience and fellow creators that I wasn’t alone in this feeling of confusion I felt growing up. So many other people have the same in-between culture that took time to learn to embrace. I’m grateful for the journey to embracing both cultures and I hope to share more of this concept through my first book. 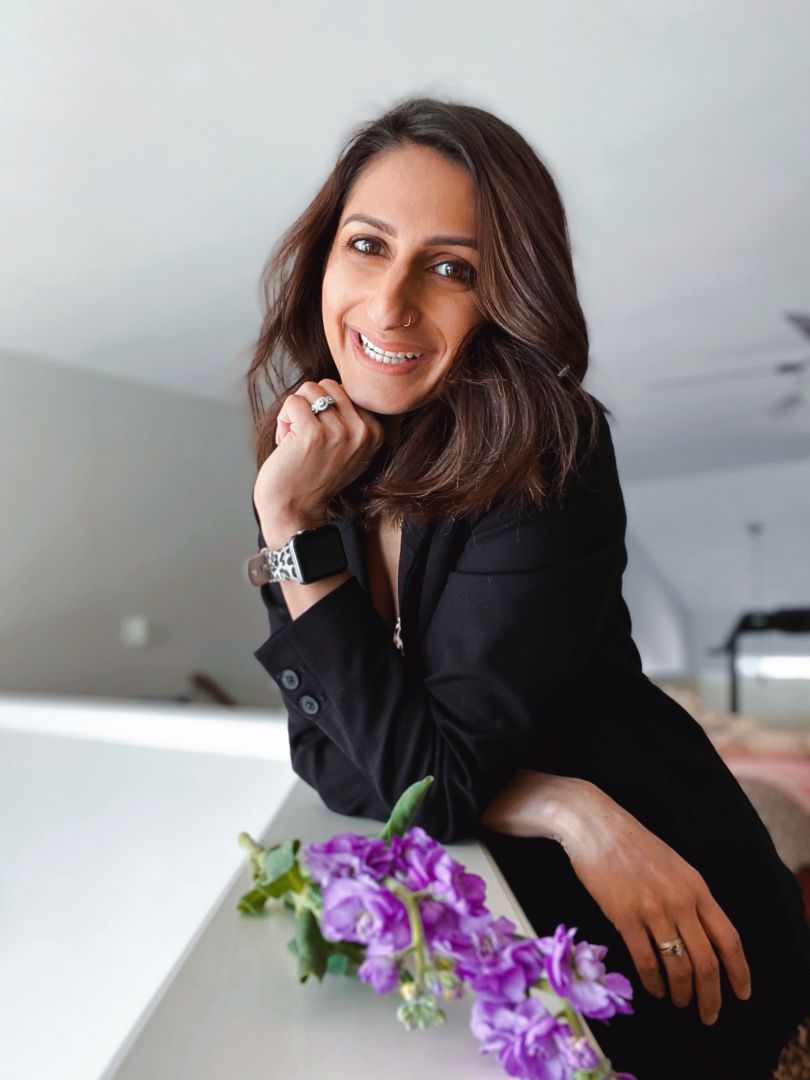 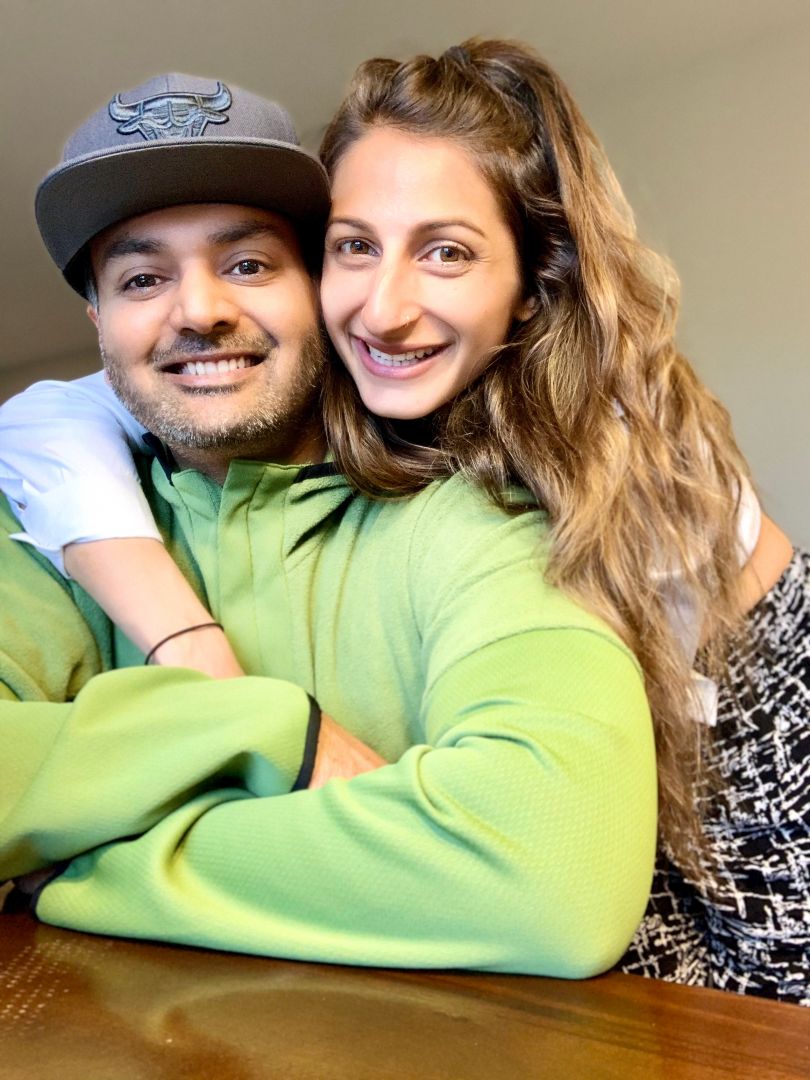 I am a writer and always have been. I was always hesitant to call myself a writer because I wasn’t published, but being published isn’t what makes you a writer; writing is. Choosing to become a writer culturally was difficult because I was pushed to go into something stable, like medicine or engineering. After finishing my undergraduate degree in creative writing from UC Riverside, I wasn’t ready for the real world yet. I wasn’t confident enough to just start pushing my work out there. I completed my Masters in Creative Writing and still walked on eggshells with my writing, afraid to go to “the hot stove”.

My biggest challenge with my writing was that I was writing with a White protagonist. Nearly every story I wrote was inauthentic because I wrote for an assumed audience. I was afraid that my own narrative wouldn’t make sense to “middle America”. I can’t tell you how many times I heard from people in the industry that what I wrote and what I performed had to make sense to “middle America”. I had to accept myself and see myself as a main character to write my story. Even though I write fiction, I pull from so many areas in my life. I had to overcome not explaining what “roti” is and allow the audience to understand it in their own way. Allowing the text to help them make the assumption without saying “roti, flat bread”.

Finding that authentic voice took over a decade and now that I have it, I’m unstoppable.

If you had a friend visiting you, what are some of the local spots you’d want to take them around to?
I grew up in West Covina, a little outside of LA in San Gabriel Valley. I would say that SGV has the best food around. I would take them to Rowland Heights and go to a little thai restaurant called “Banana Bay” to eat, then up to Pacific Palms to see Downtown LA if the day is clear.

LA is one of those places where there’s a gem in every corner waiting to be found. 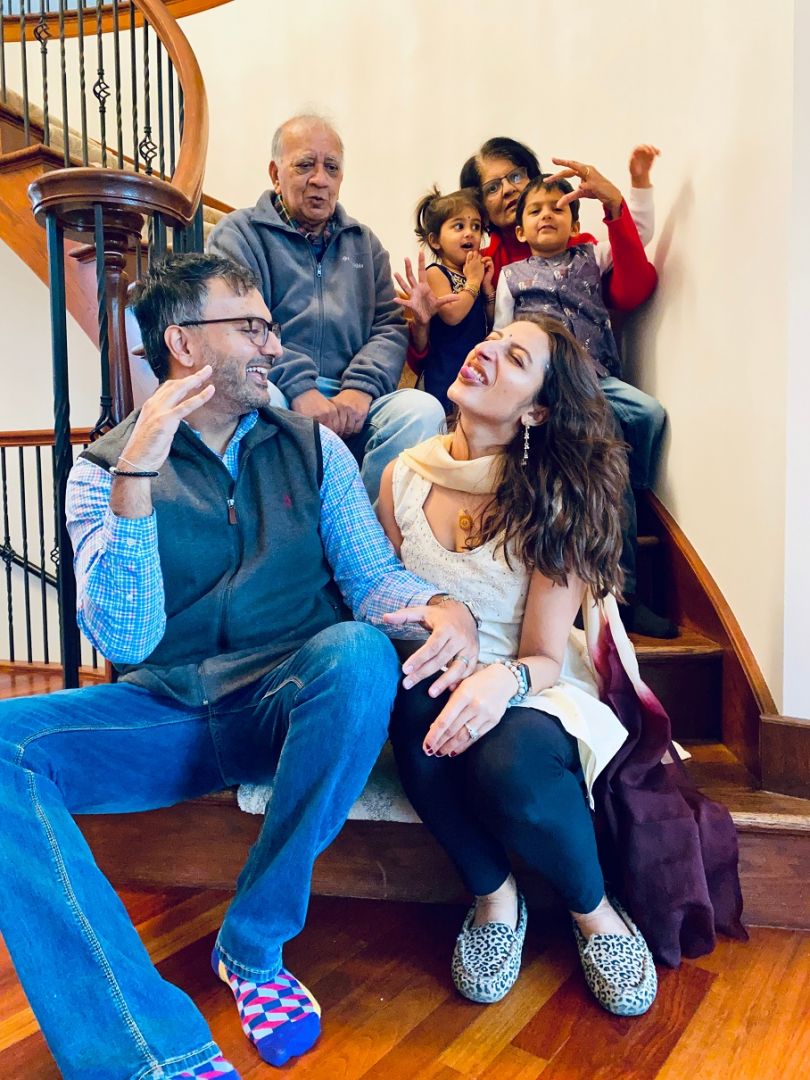 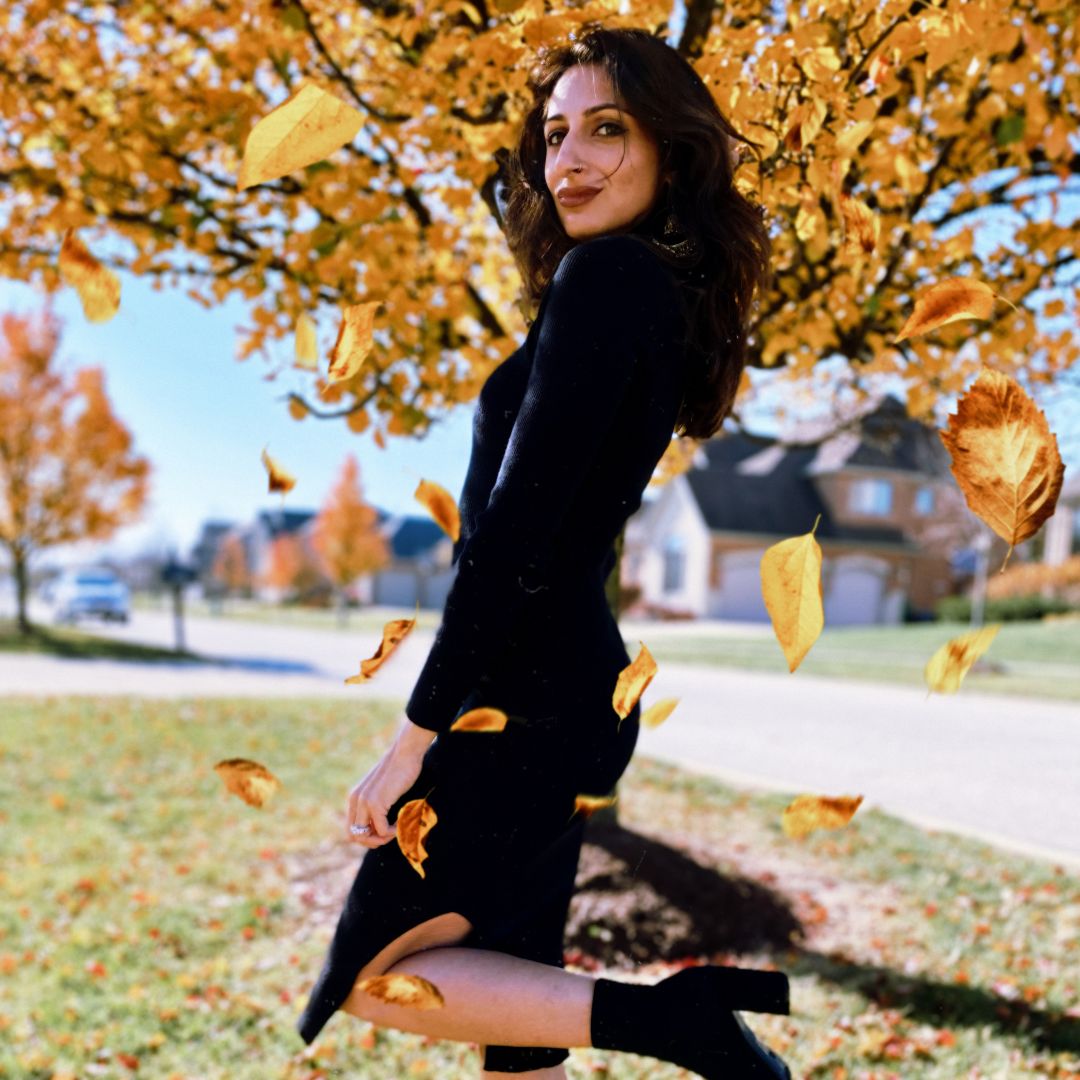 The Shoutout series is all about recognizing that our success and where we are in life is at least somewhat thanks to the efforts, support, mentorship, love and encouragement of others. So is there someone that you want to dedicate your shoutout to?
First and foremost, I want to give a shoutout to my family. My parents and my two brothers are the reason I am so funny today. We grew up on an abundance of comedy, including the Blue Collar comedy tour, SNL, Adam Sandler, and Eddie Murphy. There was no comedy my family didn’t enjoy. I remember playing stand up tapes in the car on our road trips and laughing at jokes I barely understood back then. Secondly, I wamt to give a huge shoutout to my husband, Dr. Vijay Chand. He is who I create for. He is my muse. I make videos to make him smile and it works nearly every time. He is the butt of 90% of my jokes and he’s still here rooting for me. He’s also 100% in Dad mode when he’s not in Doctor mode and I’m so grateful for the babies we are raising. I wouldn’t be MAMAjotes without them.

Lastly, I want to thank all the South Asian creators who created the space for us to be able to see ourselves as the main characters. Creators like Mindy Kaling, Aziz Ansari, Tanuja Desai Hidier, Kal Penn, Jay Sean, Russell Peters and all the greats who made their mark creatively being the token Indian on the stage and page.

Wait! I’d also like to shout out the book “You Are A Badass” by Jen Sincero for pushing me to embrace my badassery!

Image Credits
i took these photos.