We had the good fortune of connecting with Kakophonix and we’ve shared our conversation below.

Hi Kakophonix, what do you want people to remember about you?
I would like to be remembered as someone who lived as unapologetically, individualistically, and freely as conceivably possible, and Hvile I Kaos is intended as an extension of this. Stylistically, the musick fits neither the traditional definitions of Black Metal nor of modern chamber music, and my personal approach to the cello is certainly out line with its conventional use. This is just the beginning of the antinomian separation I hope to accomplish. The present state of the world is increasingly defined by fear, rigidity, and obedience, with more and more people retreating into the promised safety of the bleating herd, assuming a defensive position against an intruding Chaos that creeps ever nearer. And yet this Chaos is not an intruder at all, but rather the Source itself. Hvile I Kaos, and truly all genuine Dark Art, charges towards the Source rather than away from it, guiding those with eyes to see and ears to hear to the forbidden aspects of Self necessary for complete and total Liberation. It is my hope that Hvile I Kaos will serve as a lasting testament and catalyst to these ends, and my mortal life as a demonstrable example lived in pursuit of their implementation. We need not fear the Dark. 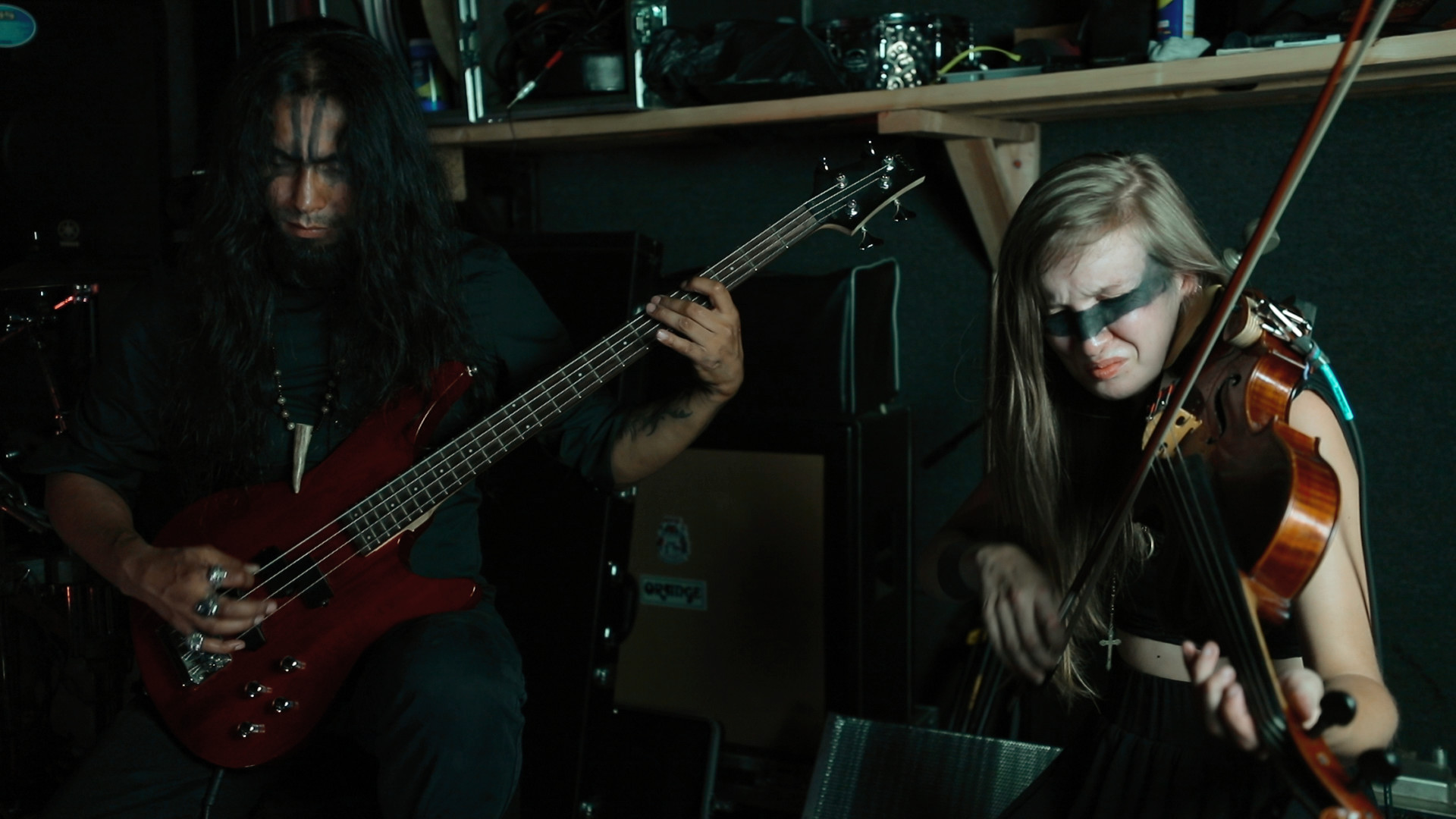 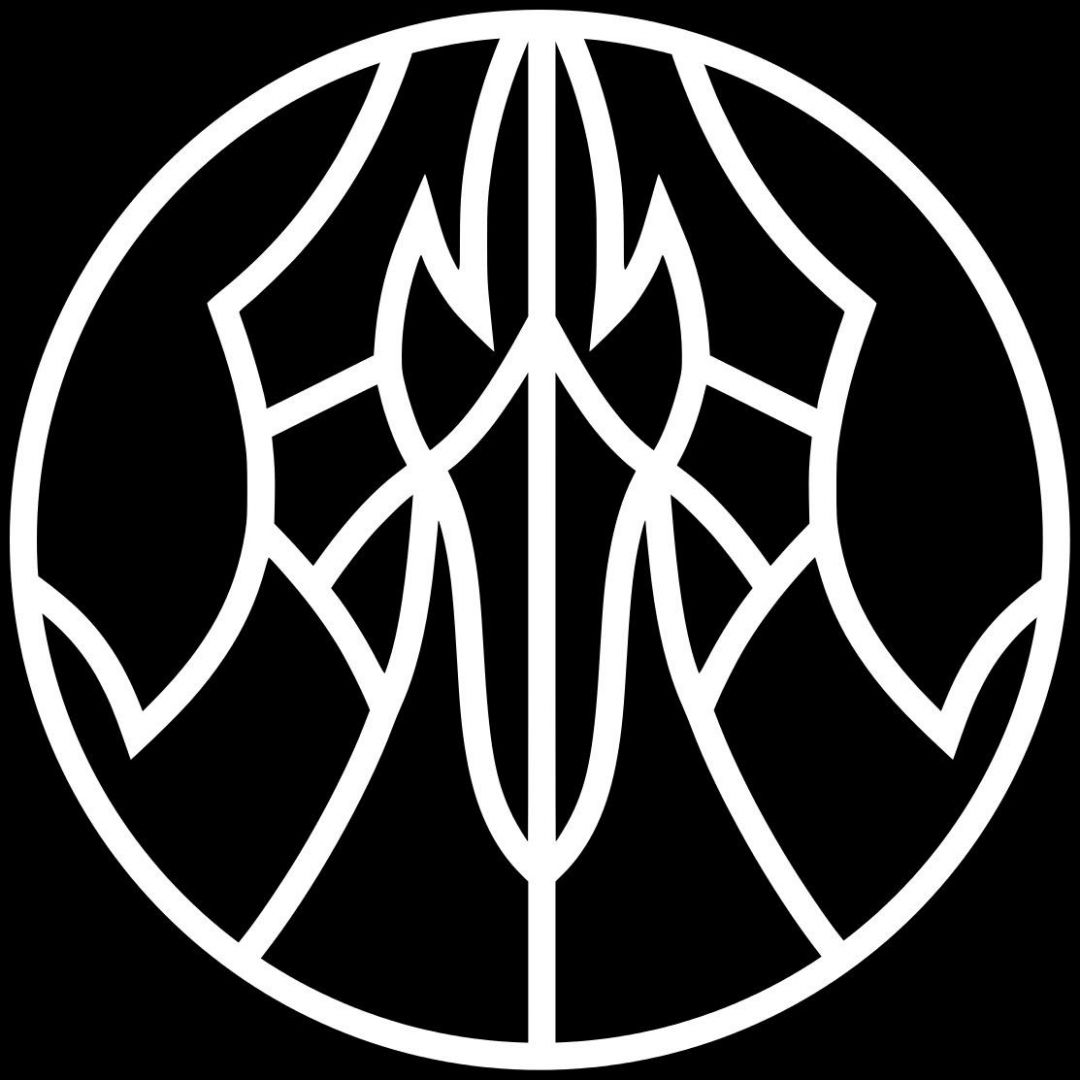 Let’s talk shop? Tell us more about your career, what can you share with our community?
Hvile I Kaos is a Black Ritual Chamber Musick project that essentially functions as a rendition of Black Metal with unorthodox instrumentation and arrangement. The cello is the primary instrument upon which the compositions are built, with acoustic guitar, bass, and other textures included for support, and violin and viola employed live to handle the lead melodies. What makes Hvile I Kaos authentically Black Metal is not only the reworking of the genre’s trademark sound (fast tremolo, rich harmonies, unusual song structures), but also a fanatical commitment to presencing and furthering the real and arcane Darkness to which all true torchbearers steadfastly keep. I began Hvile I Kaos a decade ago, in 2011, during a summer break from my Conservatory studies. After composing and recording some initial demos, I returned to school in the fall and almost immediately began implementing these ideas within my curriculum at every opportunity. It was during this period that I released the first two EPs and performed this material live for a limited but receptive audience. Upon graduation, I foolishly allowed another, far less fruitful project to take priority over Hvile I Kaos, which resulted in disaster as so often occurs when losing sight of the Work. Late 2016 and early 2017 saw a return in focus with the release of two EPs and a full-length album, as well as a reassembled live lineup for a string of successful performances within the Los Angeles and Orange County extreme metal scene. From that point forward, the Shadow presenced by Hvile I Kaos has continued to spread and evolve on all fronts, as proven by a catalogue of recorded releases, live rituals, and written contributions to several media outlets, underground zines, and print books. It should come as no surprise that the road trodden by Hvile I Kaos has been difficult and treacherous. Both the musick itself and the realities contained therein have elicited mixed responses, ranging from apathy to intrigue to outright revulsion. People and entities who present themselves as colleagues and supporters often reveal their unsavory intentions later on. An oversaturated music industry that rewards imitation and cronyism provides a unique challenge to any artistic outlier. And of course, the creative process itself is fraught with peril, for behind the doors I’ve chosen to open lurk any number of untold horrors. With all this in mind, my resolution regarding Hvile I Kaos is to give as little ground as possible and remain utterly uncompromising in my vision. The Work I have set out to complete will invariably not resonate with everyone, but the few that demonstrate true support and understanding are to be valued and rewarded. Beyond that, the Flaming Path is a solitary one, and it rests upon the individual Seeker to recognize how to progress along it and put these revelations into action.

If you had a friend visiting you, what are some of the local spots you’d want to take them around to?
I’m definitely a museum guy, and Los Angeles has no shortage of those. The Museum of Death in Hollywood is a personal favorite spot of mine, hosting all manner of morbid fascinations. There’s also really bizarre one called the Museum of Jurassic Technology, which doesn’t make a ton of sense upon initial entrance but does hold some fantastic secrets if you have the patience to stick around. And the Norton Simon had a great exhibit of Hindu art when last I visited. In terms of music venues, there’s no way I can neglect the 5 Star Bar. It’s safe to say the vast majority of underground Black Metal performances in Los Angeles happen there. On quite a different note, Walt Disney Concert Hall is both acoustically and architecturally stunning. I had the good fortune of performing there during my high school graduation. I’m hardly an expert on eating destinations, but there’s this great Asian fusion bar and restaurant in Little Tokyo called The Far Bar. The beer selection and menu there is pretty dangerously good. 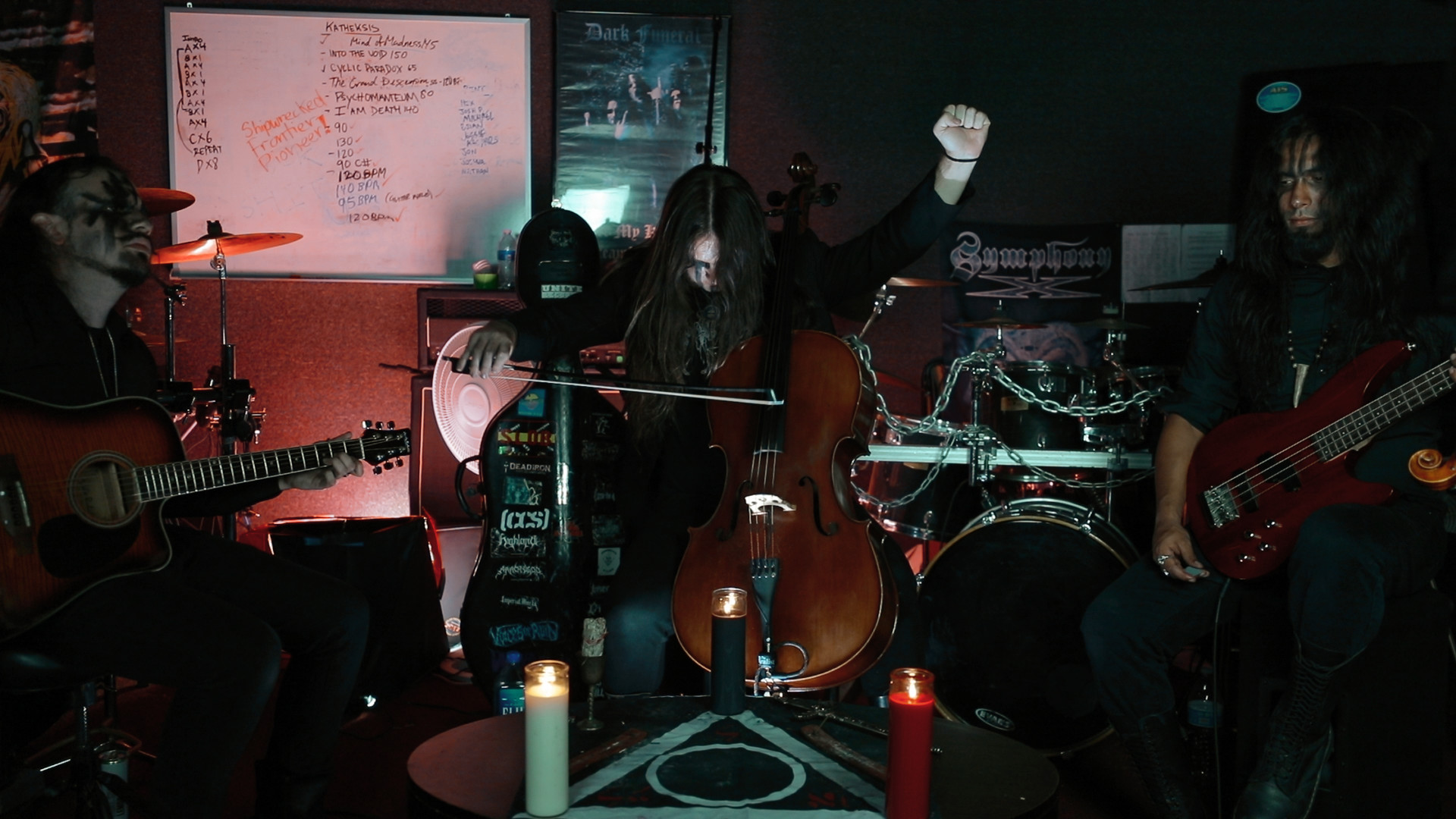 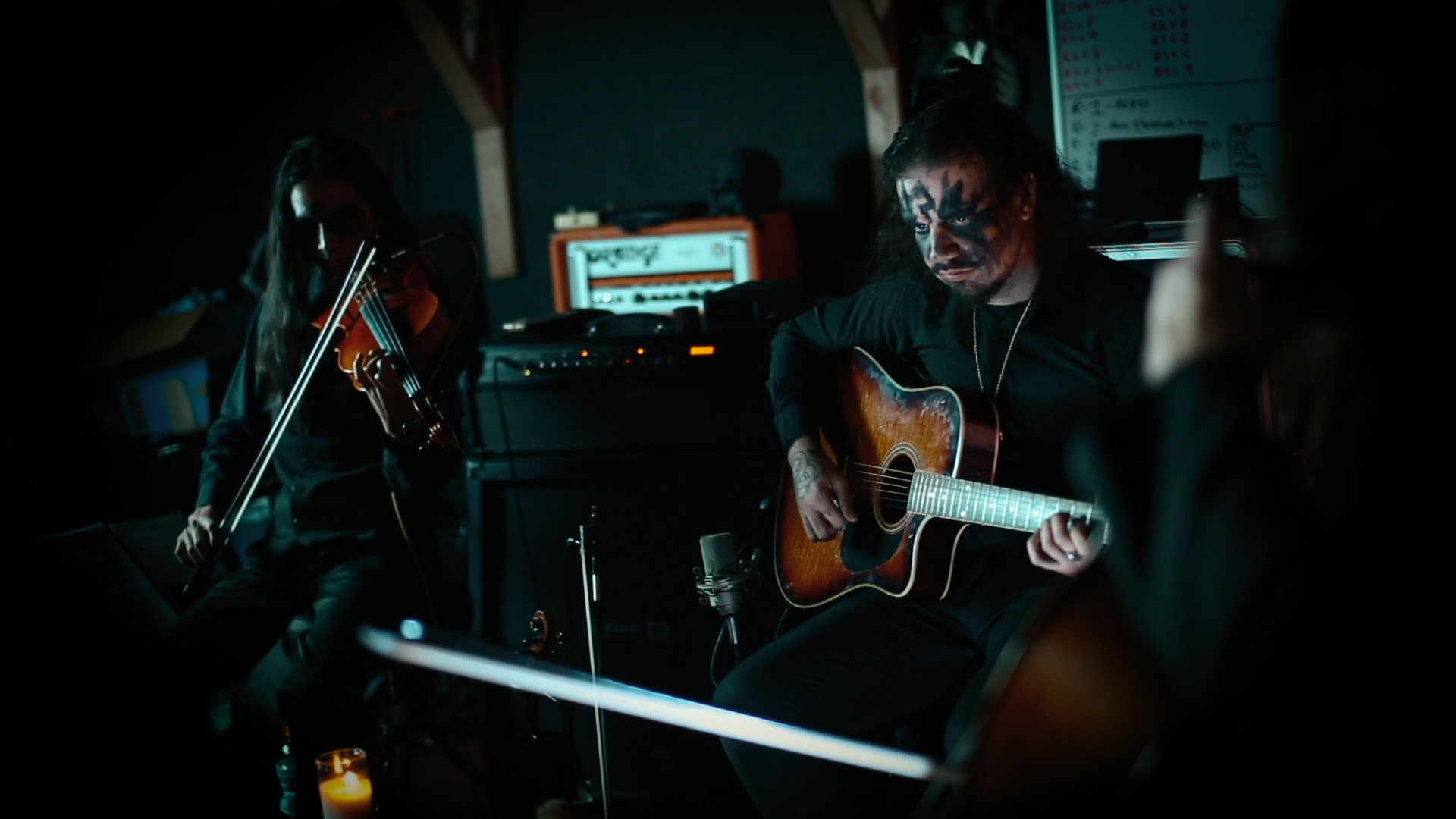 The Shoutout series is all about recognizing that our success and where we are in life is at least somewhat thanks to the efforts, support, mentorship, love and encouragement of others. So is there someone that you want to dedicate your shoutout to?
I’m definitely going to take this opportunity to recognize Lone Wolf Productions, the brainchild of one Elizabeth Gore. Not only has she been crucial in visually documenting Hvile I Kaos in photography and film, but has also made it a priority to do so for countless local underground musicians, giving them treatment all too often reserved only for the biggest, loudest, and flashiest. The evidence is plain to all who glimpse her handiwork. I’m also going to acknowledge ADHD Entertainment, Hate War Productions and Metal Assault. The local promoters who have taken a chance on Hvile I Kaos and given us fantastic performance opportunities. When quarantine is finally lifted, I have every intention of resuming work with them.