We had the good fortune of connecting with Kalpana Pot and we’ve shared our conversation below.

Hi Kalpana, what led you to pursuing a creative path professionally?
Growing up in a family of doctors, you could say that I am the “black sheep.” Science and education were highly valued in our home, but I was also drawn to artistic endeavors like singing and dancing. My mother recognized my talents when I was very young. She was strict about me attending lessons because she didn’t want to see my talents go to waste. Of course, being young I just wanted to play outside. There were times that I grew resentful of attending lessons – especially when I had very strict teachers, but I’m so grateful she convinced me not to give up! Looking back on it, those accomplishments are some of my proudest. At the time, I also didn’t realize the kind of escape they provided me. I grew up in a tumultuous household that was always filled with conflict. Honestly, I don’t know where I’d be without these artistic escapes. As much as I excelled in academia, I always felt that my soul was that of an artist. So I embarked on my journey to becoming an actor in Hollywood… even though I had never acted before. We moved to this country when I was about 5. I was always enthralled by the silver screen. Movies like The Mummy, Titanic, Apollo 13, The Mask of Zorro to name a few, had a lasting impact on me. (Honestly, 90s movies are still the best!) I wanted to be a part of that world. So in 2013 I picked up and moved to LA after graduating from The Ohio State University with a communications degree. I didn’t know what to expect, and that was a good thing! As someone who is so highly left-brained, the less I think, the better it is for me. Ignorance can truly be bliss because it allowed me to be brave. Life in LA was a struggle at first. I was lonely and homesick, but eventually, it became home. I’ve worked hard to advance my career, and have appeared in numerous TV shows and national commercials. It’s certainly not been easy, but it’s the most rewarding thing I’ve ever done (perhaps because of the struggle). While most things in life came easy to me, the craft of acting has not. Being an overthinker has hindered the art itself, but the times when I surrender and let my heart lead me have been the greatest highs I’ve ever experienced. Throughout my life, I was beholden to the highest of standards. My parents and culture would accept nothing less than perfection. The struggle I’ve faced as an actor has forced me to work on breaking that gilded cage, for I’ve learned that what my soul craves more than anything is freedom. Freedom to be messy. Freedom to be less than perfect. Freedom to show all emotions. Freedom to be human. The craft of acting has given me a path to that freedom. It has also shown me that I do have a story to tell. I’ve always had a great affinity for astronomy and astrophysics. To me, pondering the Universe is as much of a philosophy as it is a science. Being in LA, I am lucky enough to get to pursue both. I work as an actor and work as a guide at Griffith Observatory where I get to share my nerdy passion with people from all over the world. Having both experiences has given me a unique story to tell. So a couple of years ago I got together with two friends to write a pilot about being a woman in STEM. I’m proud to say it has garnered attention at competitions and is currently making its rounds with the movers and shakers. I’m excited about this journey and the lessons I’ve been learning from it. The choice to pursue a creative field has to come from the heart. Its lifestyle fits out of the norm of societal standards with no guarantee of longevity. But I like to look at it this way. If we compressed the 13.7 billion year age of the Universe into a single calendar year, a human lifespan is only a fraction of a second long. We live on a mote of dust that revolves around an average star in an obscure part of a galaxy that is one of trillions. I’d rather look back on this blip of a time we call life with no regrets than wonder… what if? My advice to anyone reading- let sink in what I just said. If there is any kind of yearning in your heart to pursue any creative field, DO IT! 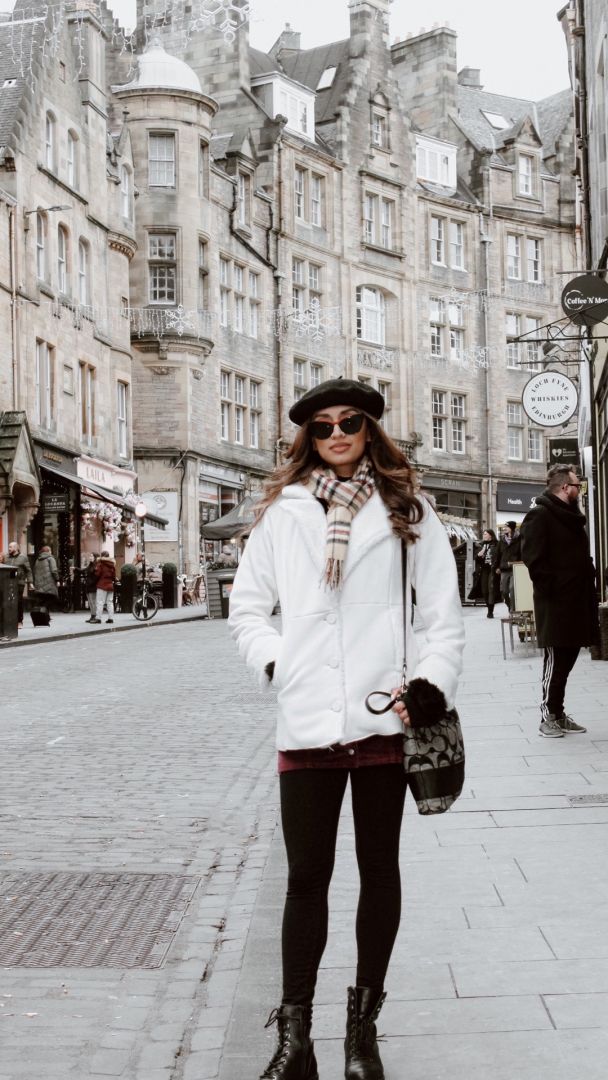 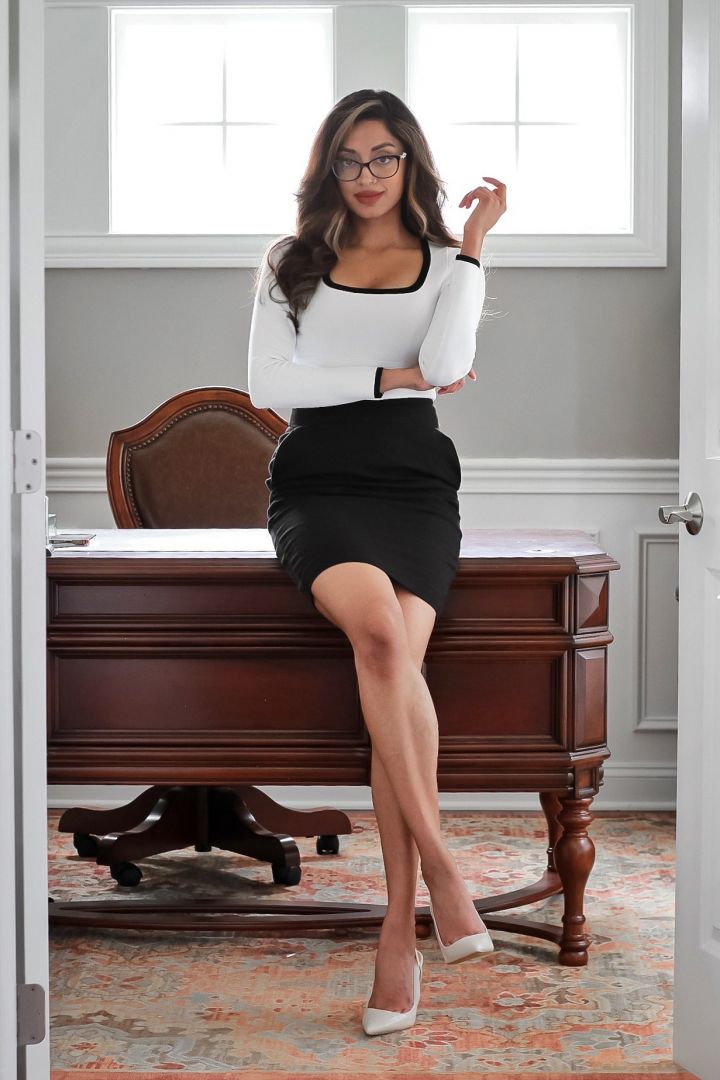 Let’s talk shop? Tell us more about your career, what can you share with our community?
I feel as though I’ve answered this already, but here goes! I’m working on bridging the gap between astronomy and acting. Yes we’ve seen a lot of scifi – good and bad throughout the decades, but a grounded, realistic story about what it’s like to be a woman in science hasn’t been seen before. This is a story that I created a couple of years ago with the help of two friends. It’s a grounded comedy pilot that is inspired by my actual life. I’m proud to have taken the initiative to actually create my own story, and I’m even more proud that it’s garnered attention at competitions. Last year, I came in as 1st runner-up in a pitch competition. Through that, I have made connections with people who are in the position to get this story out there. It’s still a process. Just when you think that you’ve met the right person and this story is a go, things just fall apart. I’m definitely learning not to give up. I believe too much in this story to do that. And I am grateful to learn this process of being a creator. I love acting, but no one’s going to just give you shit. We all have a story to tell, so make it happen for yourself! If one avenue is a struggle, find another. In this day and age especially, we have so much control of our artistic direction. Hollywood may be crazy and tough, but the formula is simple. Train, create, and don’t give up! 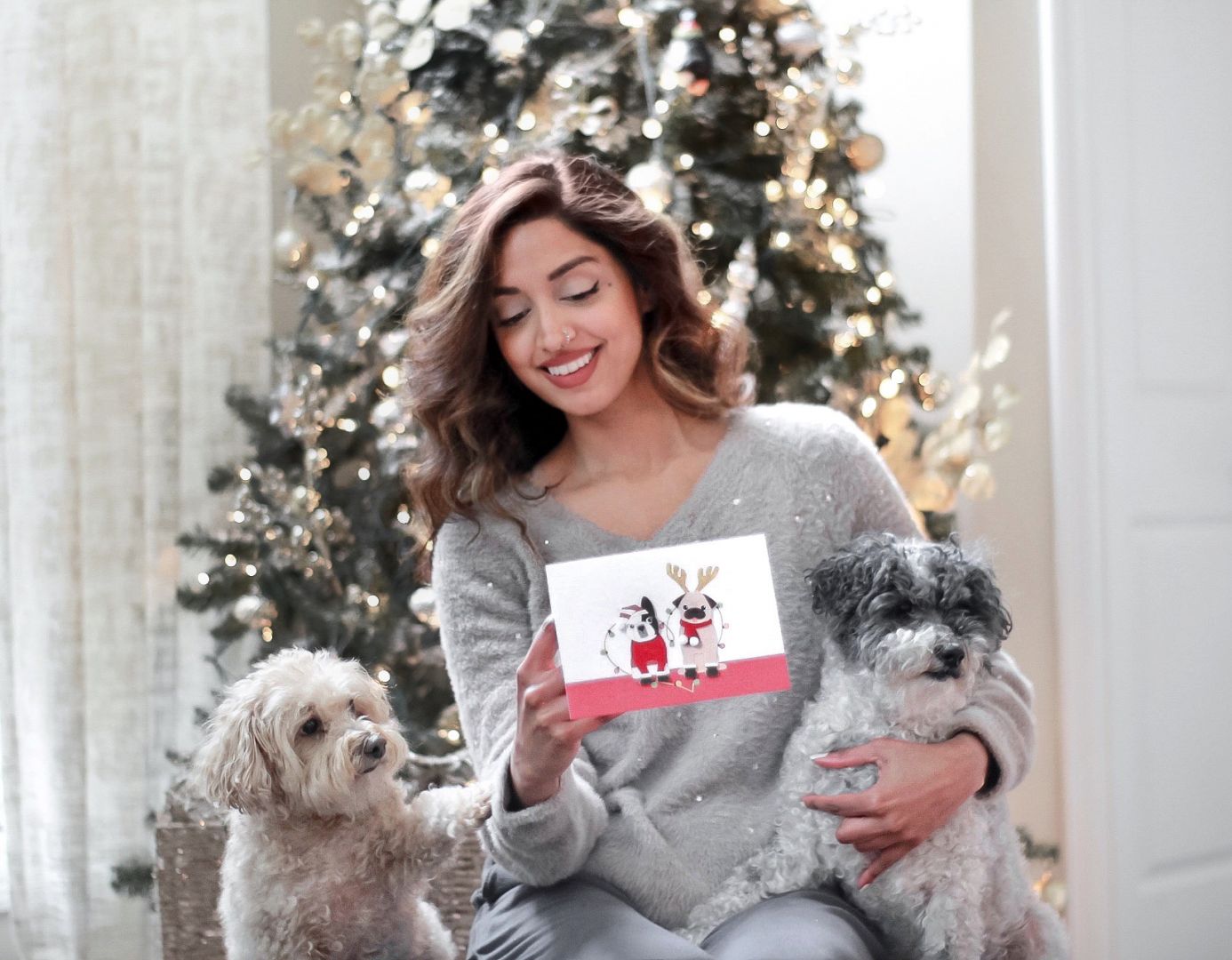 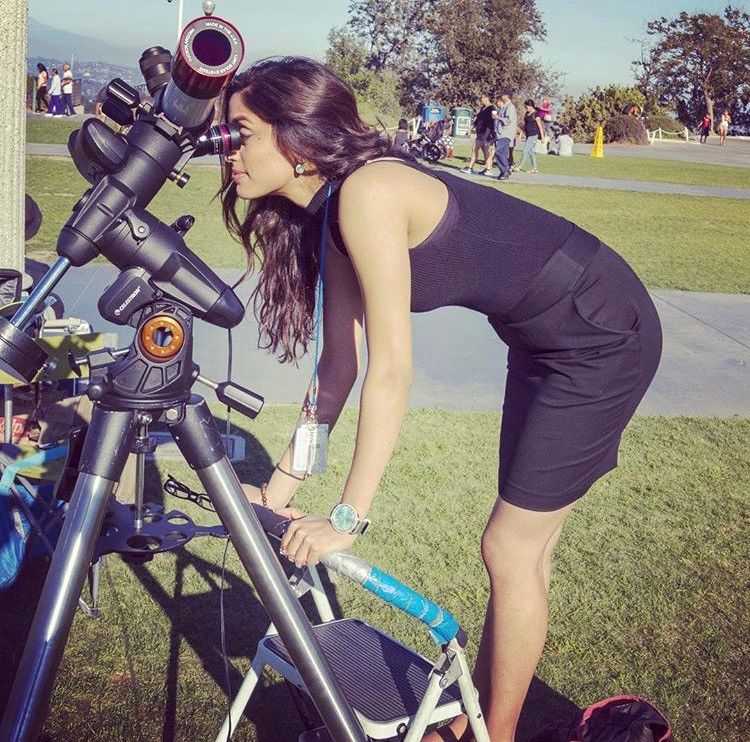 Any places to eat or things to do that you can share with our readers? If they have a friend visiting town, what are some spots they could take them to?
I’m clearly biased towards Griffith Observatory (since I work there), so that would be our first stop! I am a fan of museums in general so we’d check out the Tar Pits, LACMA, and the Academy of Motion Picture museum. I mean, they’re all next to each other so why not? That would be a different day than Griffith because you don’t want to burn out of museum touring too quickly. One entire day would be Malibu, and it would be chill. We’d get lunch at Geoffrey’s, then walk along the pier, then just chill on the beach. We’d drive through the canyons and walk through the beautiful Hindu temple that’s hidden in the hills. One evening, we’d visit one of my best friends who works at Laurel Hardware and have some great drinks.
This trip would fall over Labor Day weekend because we’d get box seats for the John Williams concert. It’s my favorite event of the year.
We’d definitely eat at the amazing plant-based restaurants, Gracias Madre and Crossroads.
I’m not a huge fan of downtown, but we’d check out Grand Central Market. Since we’re down there, we could get vegan sushi at Shojin.
If they’re in for a show and don’t mind walking around dirty needles, we can walk around Venice Beach. Might as well show them some character!
And of course, a rooftop bar is necessary at some point, so we’d check out the Mondrian on Sunset.
Along the entire journey, we’d pet every dog we’d see! 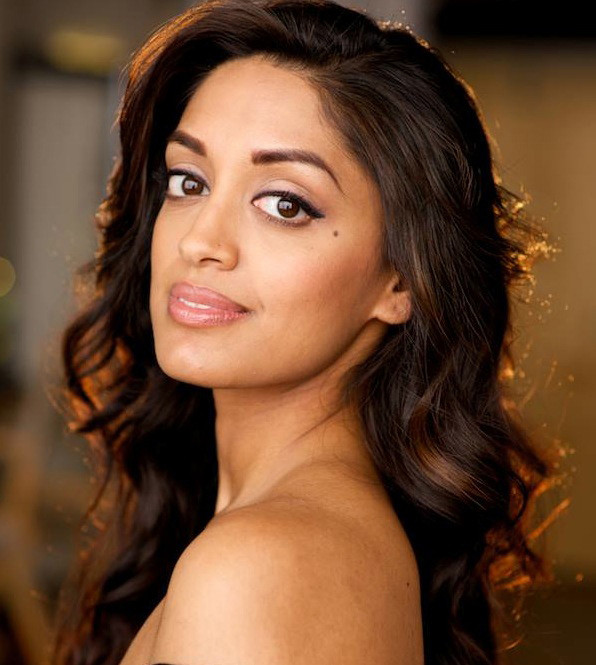 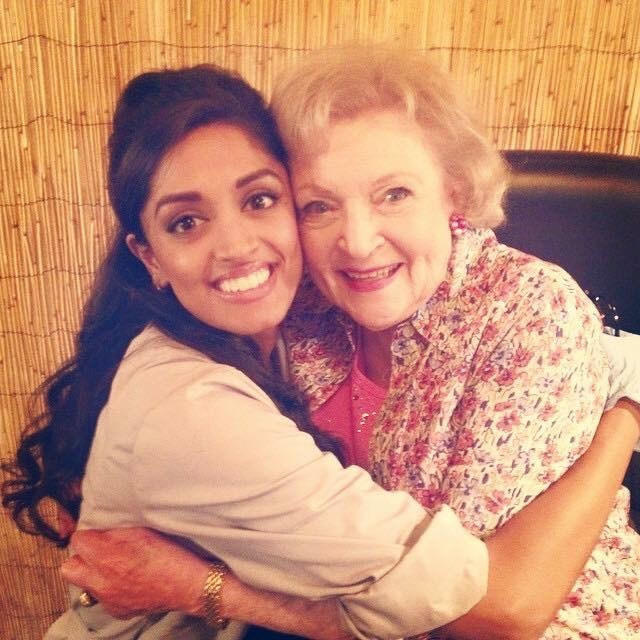 The Shoutout series is all about recognizing that our success and where we are in life is at least somewhat thanks to the efforts, support, mentorship, love and encouragement of others. So is there someone that you want to dedicate your shoutout to?
I should really be giving a shoutout to every living creature I’ve encountered in life. But I’ll narrow it down to my mum, sisters, dogs, Shaan Sharma, Lauren & Maggie, colleagues at Griffith, and Carl Sagan. 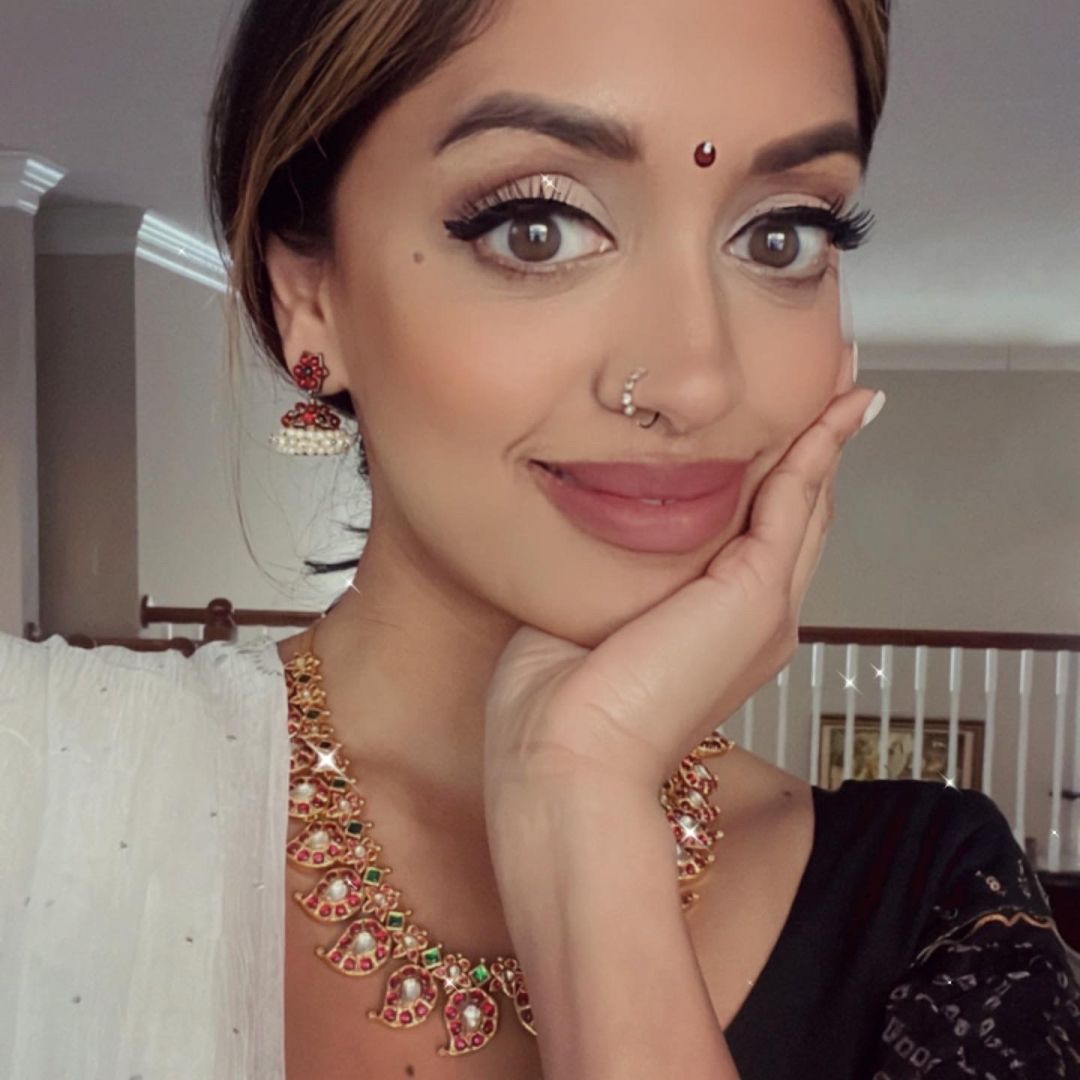 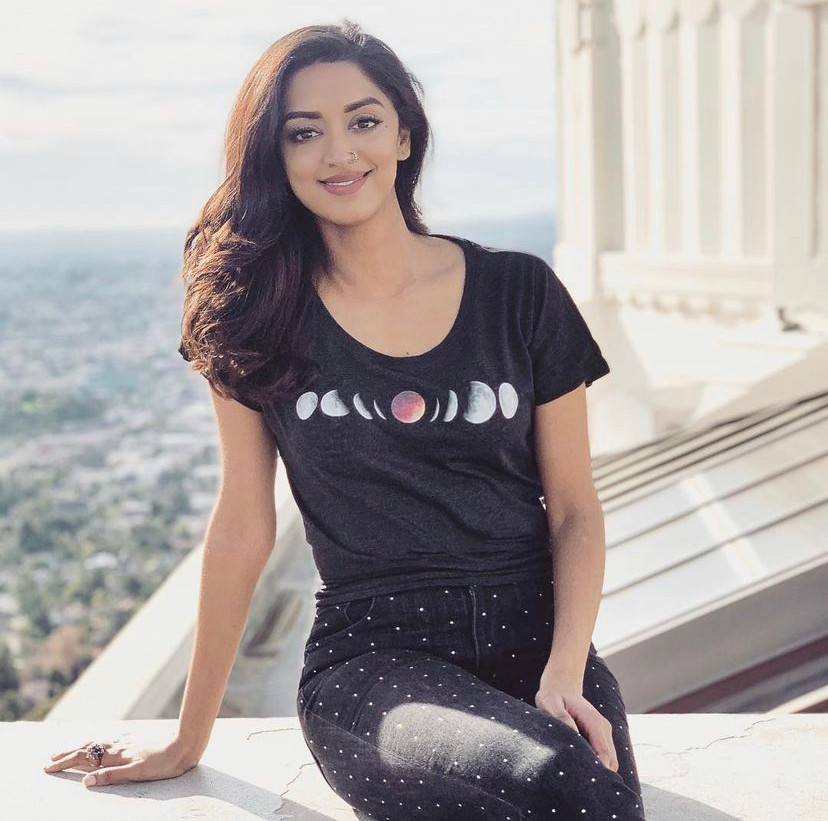