We had the good fortune of connecting with Karla Guy and we’ve shared our conversation below.

Hi Karla, have you ever found yourself in a spot where you had to decide whether to give up or keep going? How did you make the choice?

That’s always the one that makes me chuckle. Well I guess when your talents along the way have paved the path of consistent directions and you have nothing else you want to do in life… 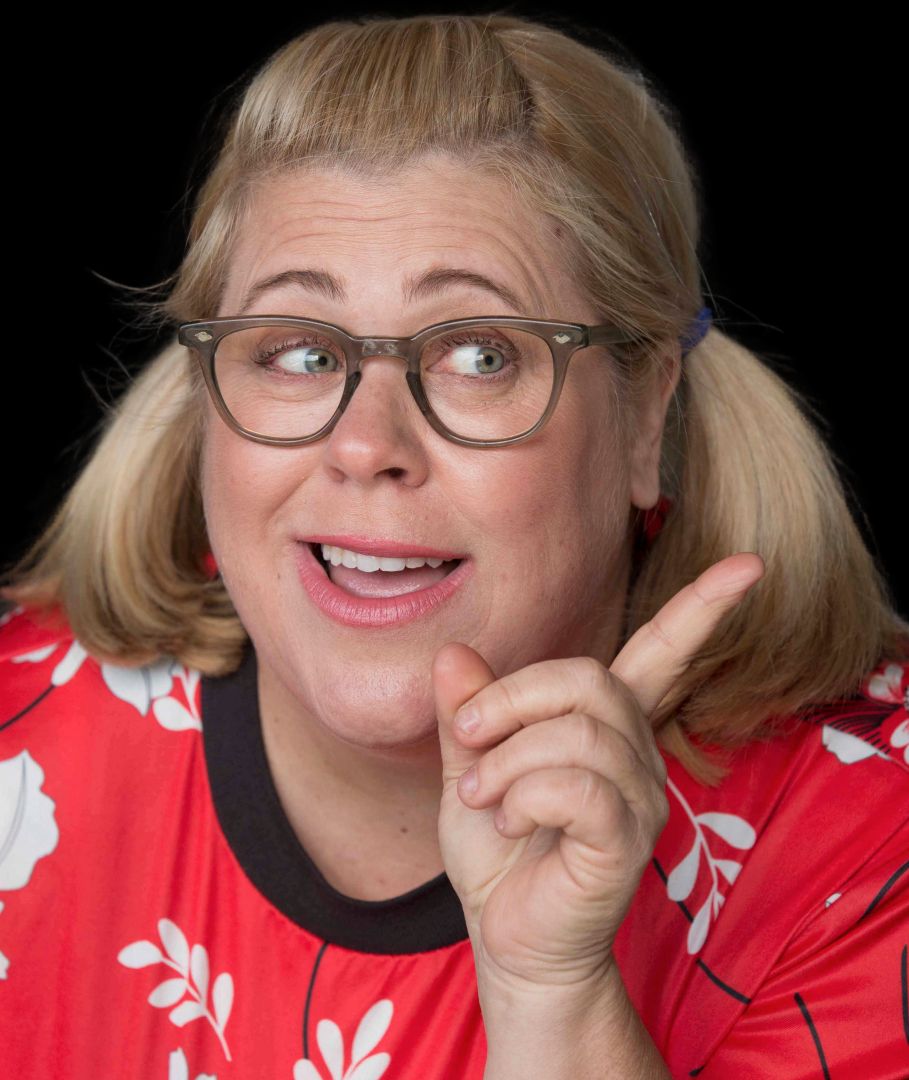 The business is always changing and as cliche as it sounds, you have to always recreate yourself. I always say it’s important who you know, but also who knows you. So if I have any advice it would be to brand yourself across every platform whether you use it or not and you are only as good as your last project…fans are fickle! (wink emoji)

When I first started out I was doing anything to be on camera, now I  just want to put out quality work that’s funny. I just finished a project I wrote and directed made possible through an AT&T Diversity Grant. I am currently working to fund my feature film “Tales from Fat City” that I co-wrote with the talented and funny Kathy Byron. (Selfie,Workaholics, Bones)

P.S. My first acting gig was a turtle and since then I’ve come out of my shell. (chuckles)

If you had a friend visiting you, what are some of the local spots you’d want to take them around to?
First stop, my fav-Mexican Food!!! (I have a long list of places)  I would take them to the iconic Olvera street. I have fond memories of the place as a kid. There’s one restaurant that makes a killer jalapeno margarita. We would also spend one day at the Happiest Place on Earth to say HI to Mickey and ride the train around the park. I don’t do rollercoasters. I’m more of a birds all sing in the tiki room and dole pineapple whip kinda girl. I’ve never done that red double decker bus Hollywood tour, so we would definitely be tourists for the day and do the walk of fame, go to Graumans. Maybe check out Yamishiro and watch the sunset. I’ve never done that either. We would Venture to Venice and buy some cheap love incense lol then I would kick some ass at a game of pool at this cool dive bar I know. We would also drive up PCH to eat fish ‘n’ chips and see all the bikers at Neptune’s Net.  There’s also that huge goblet of calamari at Paradise Cove. Yum! Maybe get some fish tacos at Duke’s Malibu or Mai Tais at Chi Dynasty. Definitely a day trip to Catalina island and do some Karaoke at the Barge where they gong you if you sing badly… and YES I got GONGED for singing “Grandfather Clock”- it was HILARIOUS! The song and the GONG! Hmmm where else? Maybe the LA Brea Tar pits and see the elephants in the sludge or the Science Center to see the Endeavor I’ve never seen it up close. Oh, Oh and depending on if there’s any concerts, The Greek Theater is such a cool outside venue. I would just drive and show them the city. So many great places in Los Angeles….

The Shoutout series is all about recognizing that our success and where we are in life is at least somewhat thanks to the efforts, support, mentorship, love and encouragement of others. So is there someone that you want to dedicate your shoutout to?
First I’d like to give a SHOUTOUT to myself for the courage to do what I do and GOD for giving me these talents. There’s been so many experiences along the way and people who have inspired me. Here’s a few to mention when I first started out on this whirlwind of a journey….
I remember finding out about this Improv troupe and I had no idea what Improv was. Suddenly I was surrounded by people that were just like me. Louis Anthony Russo saw the Funny in me before I ever knew what “comedy” was. He let me take classes for free in exchange for helping out with the box office. Then there was Ramona Richards acting class. She was very nurturing and kind, something everyone needs when you are just starting out and feeling insecure about being in front of the camera. Ted Neeley and Carl Anderson of Jesus Christ Superstar, one of my favorite musicals were also inspirations. I met them both backstage two different times. It was Carl who encouraged me to move to NYC and pursue musical theater. He said if this is what you want to do you just have to do it and not worry what anyone says. I sold everything I owned and moved to New York City. Mark Riherd who was my acting teacher at A.M.D.A. New York. He was very disciplined, which besides the nurture, I needed. Then there’s Monica Arce, my best friend and partner in crime, I met her when I first came to Los Angeles. She knew all the best classes, the headshot photographers, casting agents, where to go, who to know. We navigated this town together. If that’s one thing I can offer is that you need someone who believes in you and is your cheerleader and vice-versa. LA can be a lonely town and it can make you frown when you work so hard and don’t book the audition. So you need someone for support so you can pick yourselves back up for the next big break or also celebrate your successes. Okay that a few but there’s so many more in between all that. I guess I will save it all for my memoirs one day.

“I was Born to Heal the World with Laughter”– Karla Guy

Nominate Someone: ShoutoutLA is built on recommendations and shoutouts from the community; it’s how we uncover hidden gems, so if you or someone you know deserves recognition please let us know here.