We had the good fortune of connecting with Katherine O’Day and we’ve shared our conversation below.

Hi Katherine, how do you think about risk?
Risk is such a funny thing because it means different things to everyone. What someone might consider a risk, I might consider a normal Tuesday afternoon. But I firmly believe that without taking risks, I would definitely not be where I am today.

God prompted me not to go to college, be a performer, go into film and move to LA all while I believed very different things. I had my eyes set on going to school in New York and being a Musical Theatre performer. And at the time, I listened. Because in my own words from a younger me “I don’t have anything to lose”. And this has set the tone of faith in my risks when it comes to my business and my training as an actor. Through listening, landed at the Taylor Acting Studio and began to understand what acting really is and how healing it can be not just for the audience but the actor as well.

When I believe that I am perfect for something, I know that I don’t have anything to lose. My Spider-Gwen campaign has been such a feat that at first I didn’t even know I was capable of. I was so scared to get started and to tell others about it because “what if it doesn’t work out?”. But if I would have never taken this risk, I would never have connected with such incredible people, grown to love Gwen Stacy more, and honestly found out how capable I am. This campaign is still going strong and I continue to say to myself when something seems hard, “I’m campaigning to play a Marvel superhero, I can do this”. 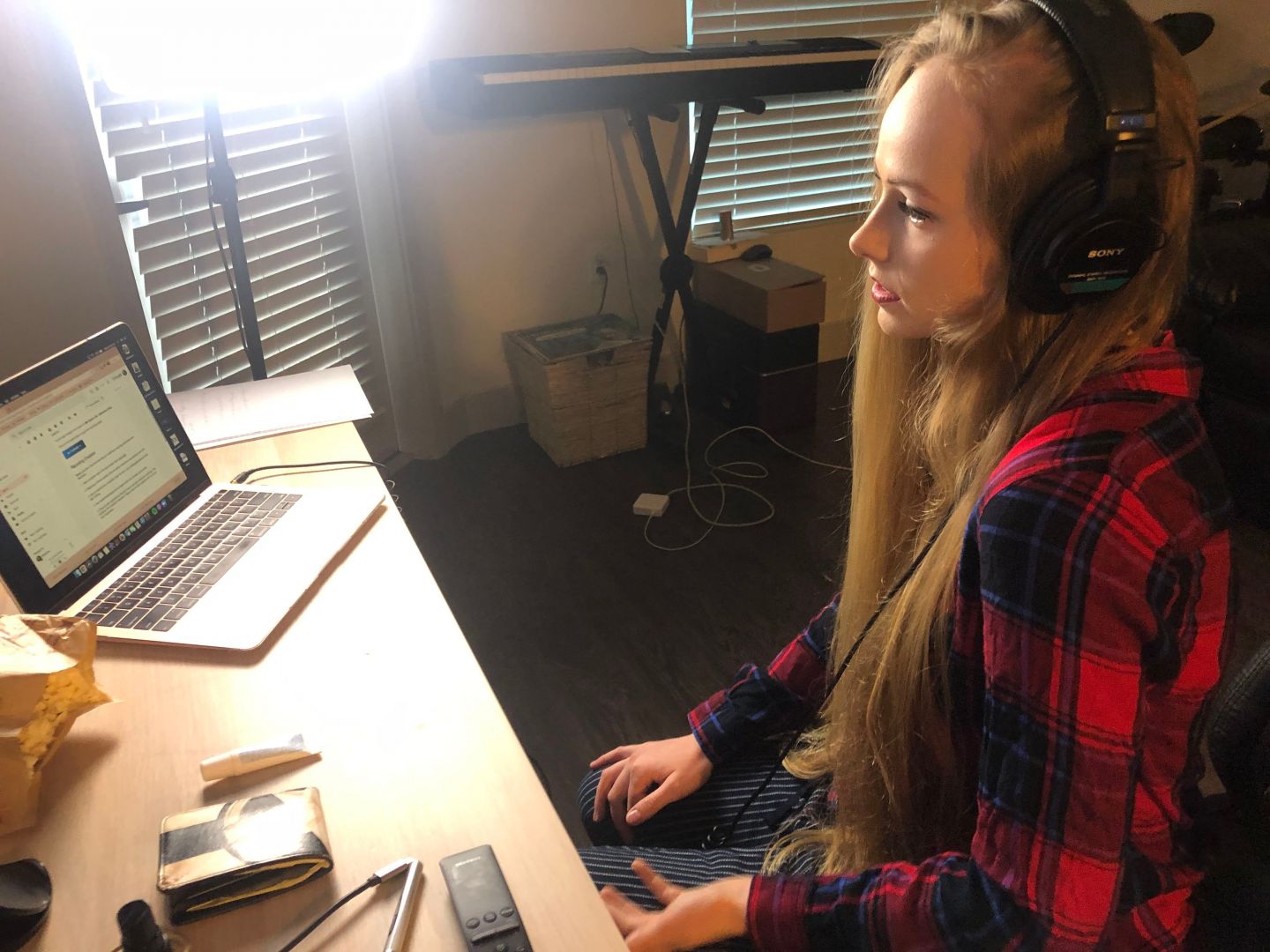 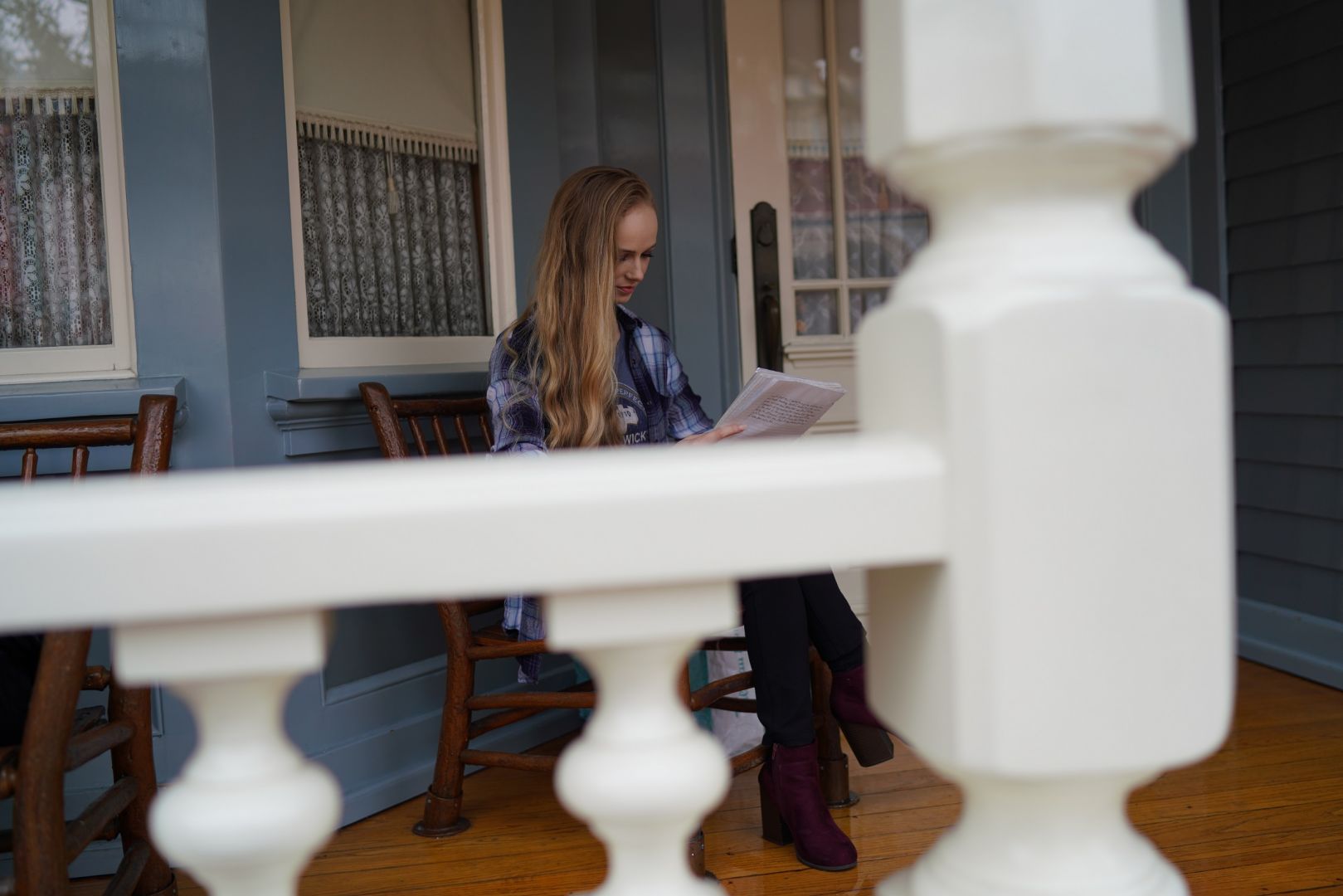 Can you open up a bit about your work and career? We’re big fans and we’d love for our community to learn more about your work.
I’m known best for my Spider-Gwen campaign. Starting with seeing Into The Spider-verse and diving deep into the comics, I knew that I needed to throw my hat in the ring for a character that has meant so much to me. Getting my training from the only school backed by the Meisner Estate, the Taylor Acting Studio all while campaigning for a part in one of the largest entertainment giants right now has been a balance, but has been so worth it. When quarantine hit, I became more active in telling people about my campaign. I became friends with more Spider-Gwen fans, and gained more support than I ever thought possible.

I will tell you that if you enjoy instant gratification, you won’t get it from campaigning for a Marvel superhero that has no open plans. Through having to pivot my efforts, list upon list, having to reevaluate what I’m doing and how best to go after this constantly all while this is just a part of my overall career as an actor, it can be a lot. And honestly, it can be discouraging hearing absolute radio silence on something that I’ve spent so much time doing. But at the same time, the work that I’ve done just on this campaign alone has brought so many incredible people in my life, new connections, and more that bring tears to my eyes. To know there are so many people who are supporting me in this is one of the things that keeps me going and reminds me of the impact we can have in our work as actors.

There are two things that this campaign has taught me. The first is to accept how you’re feeling and actually FEEL IT. I think that we as actors feel obligated to have this mindset of “oh, well it’s just part of our job” without actually feeling how we feel so that we can move on which I’ve seen result in resentment and overall unhappiness moving forward. We cannot as human beings push down our feelings because the more we push, the more explosive it will be when we have too much.

The second thing that I’ve learned is the truth about this misconception about “getting it”. People constantly ask me about how I’m going to respond when I don’t get it. And it was my biggest fear when talking about it to others. I would think to myself “I don’t want to say this out loud too often” because what if I DON’T get it and embarrass myself? But over two years of this campaign has taught me that firstly whatever you are passionate about going after no matter what happens isn’t embarrassing. And the most important thing someone told me was that the campaign is the result. And it’s so true. This campaign has brought so much good into my life in ways that I didn’t think I could get to in this place of my career. It’s still an uphill battle, but I will keep going for however long I need to.

Any places to eat or things to do that you can share with our readers? If they have a friend visiting town, what are some spots they could take them to?
I would take them to experience The Griffith Observatory (because space is always cool I don’t make the rules), take them to the beach and show them the incredible works of food art such as Tatsu Ramen, Crave, and Milk Tavern. I would love to go down and show them my favorite spots at Disneyland and California Adventure since I used to be a Cast Member.

This sounds like such a cliche answer as well, but honestly some of the most interesting things about checking out LA is that no matter what there are always new places to explore, to try, and people to meet. But once you’re here for a while, it still feels intimate enough to feel like home. I would love to explore new places that people want to go! 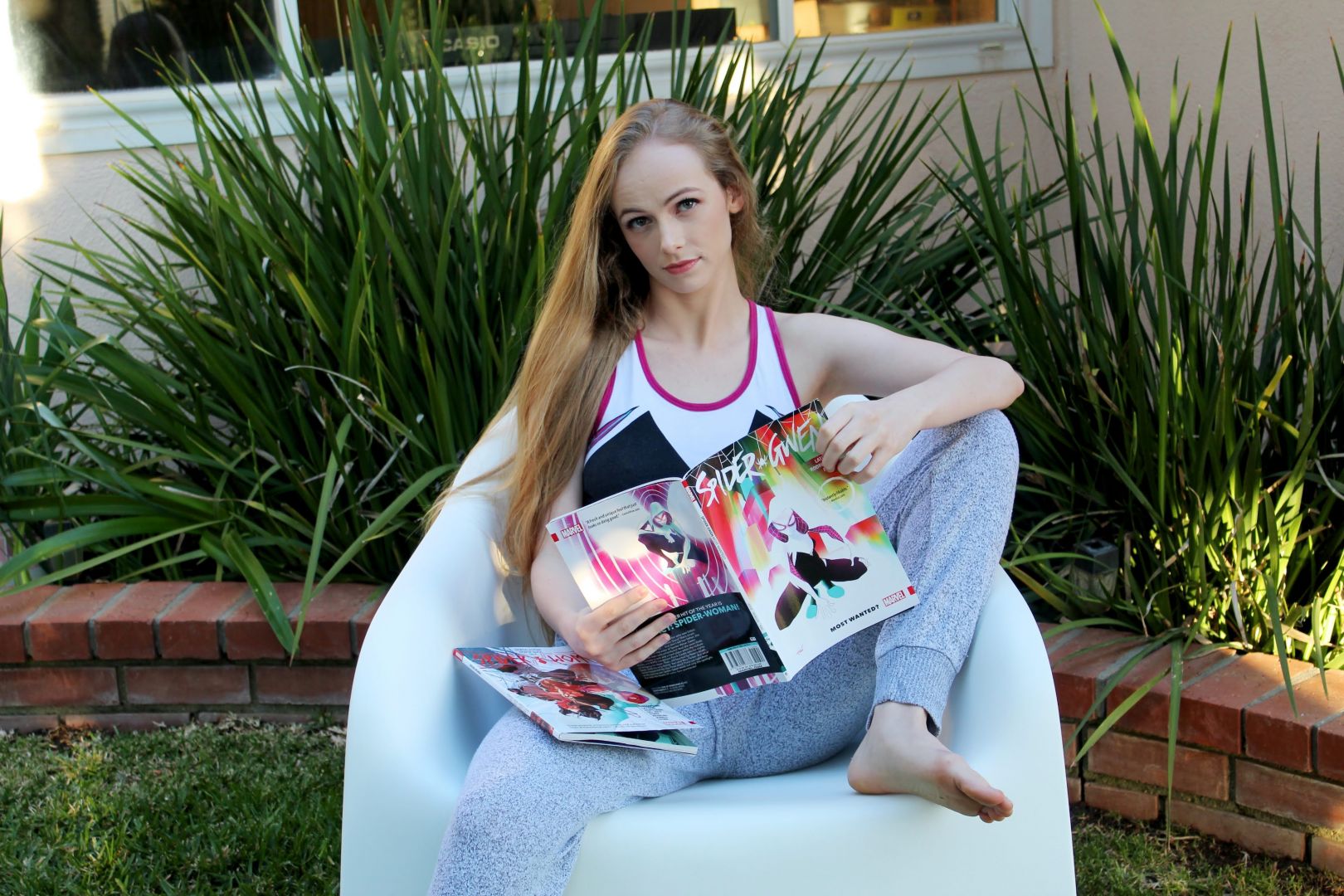 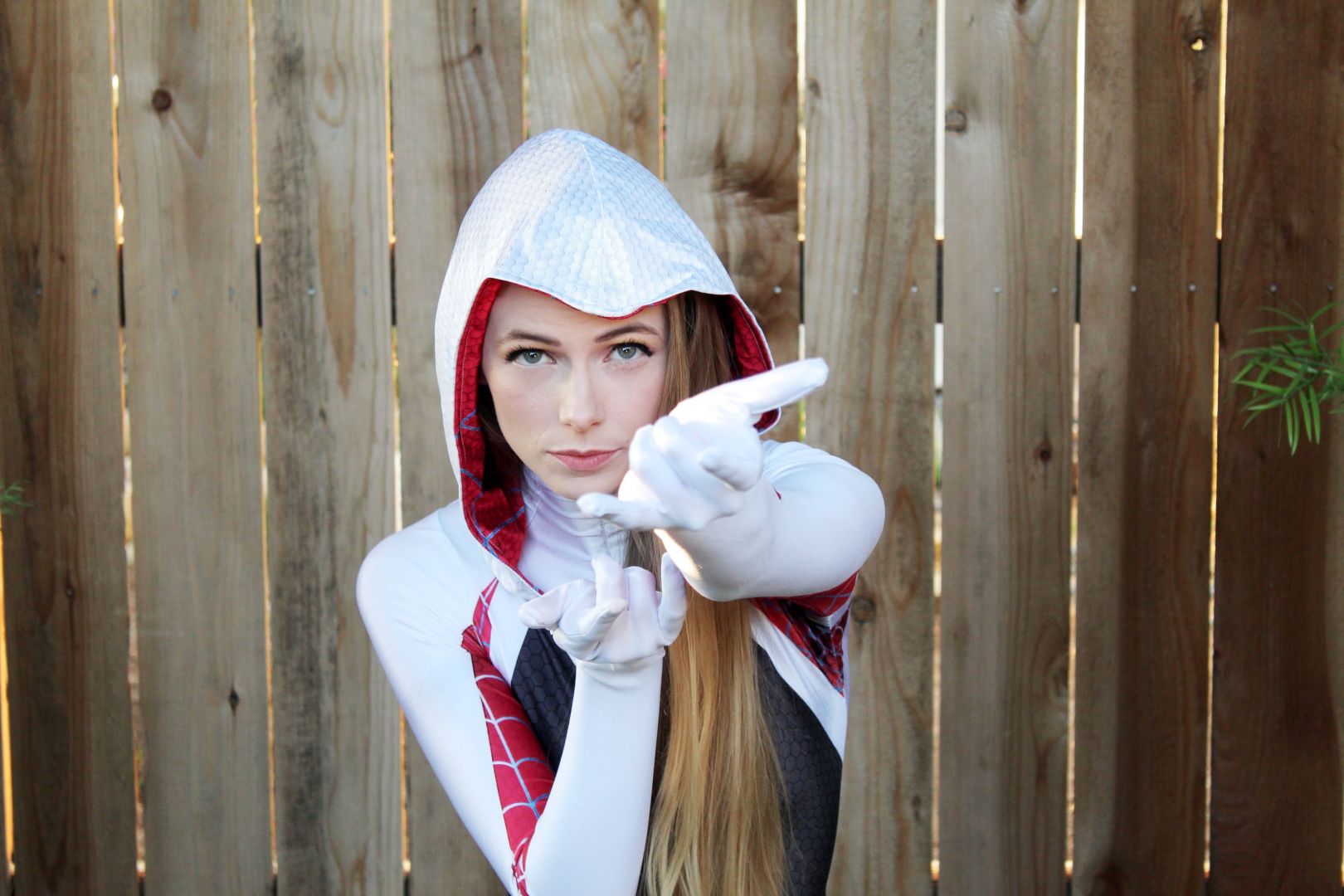 Shoutout is all about shouting out others who you feel deserve additional recognition and exposure. Who would you like to shoutout?
I wouldn’t be where I am without so many people. Because at the end of the day, this is all a team effort. I want to give a shoutout to The Taylor Acting Studio, and Alex Taylor, who has been my teacher, support, and overall a comforting force in my life so far. I would have never discovered my passion and the importance of acting in my life and I can never thank him enough. I want to thank Valorie Hubbard and Actors Fast Track for being an incredible place to grow and learn how to establish my business as an actor.

To my family and friends, who have helped me in this journey overall, and been nothing but supportive of my career.

And of course, I would like to shoutout my fellow Spider-Gwen fans and supporters of this campaign. You make every day so much easier, and knowing that I have love and support from some great people who believe in the character means the absolute world to me. I could never thank you enough. Even on my hardest days, I just simply have to remember that you are in my corner and it reminds me that we’re going after this together, whatever it takes.