We had the good fortune of connecting with Kati Rausch and we’ve shared our conversation below.

Hi Kati, career-wise, where do you want to be in the end?
My goal is to be part of great movies and TV shows. My biggest dream is to star in my own sitcom 🙂 And once I am old enough to retire, I want to become a crazy cat lady 😉 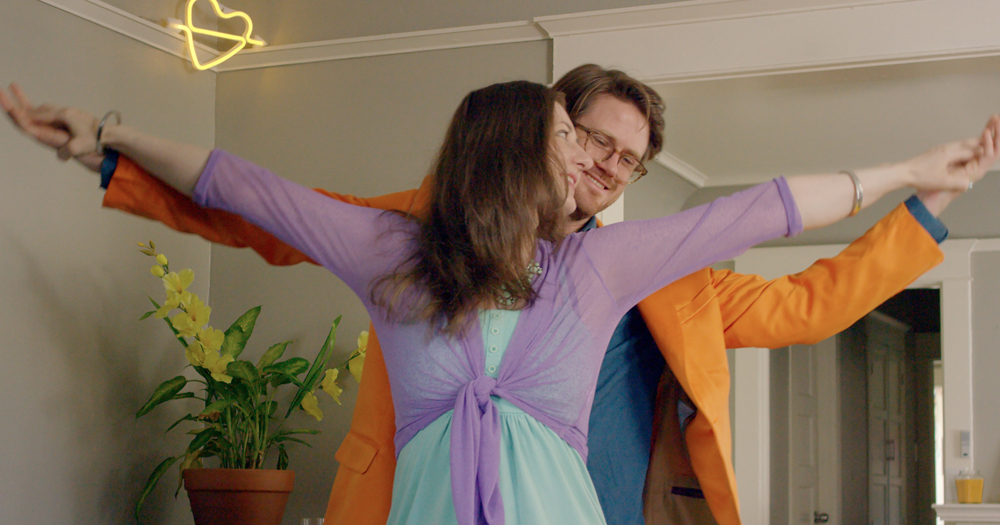 Alright, so let’s move onto what keeps you busy professionally?
I do what I do with all of my heart. My secret is, that when I really want something and it doesn’t work out, I try to find a way around it. If I don’t get cast for the roles I want to play (a problem that many young actors face), I write my own scripts and make my own movies or web series. About 10 years ago, I really wanted to work as a music TV host, because I love music and comedy, and I love interviewing people in a funny way. But MTV Germany decided to broadcast ‘SpongeBob SquarePants’ instead of classic music TV formats, so I grabbed a group of friends and started my own music web TV channel. That’s also how I got my own primetime show in Finland. They took the concept I had developed for the web TV channel and put in on National Finnish TV. And of course, when you’re a young European actress and you move to Hollywood, it’s not like everybody was just waiting for you and is throwing lead roles at you… So again, I made my own short film, ‘Our Song’. An experimental comedy drama, that I wrote, produced and starred in. In ‘Our Song’ the characters only speak in song lyrics the whole time. ‘Our Song’ contains excerpts from the lyrics of 42 songs, and visual references to these songs, bands or music videos. From the blowing curtains in Bonnie Tyler’s “Total Eclipse of the Heart”, and the black tears in The Rasmus’ “Justify”, to the iconic hand gesture of the Backstreet Boys. While the story is dramatic, the narration style and rhythm of the film produce an unexpected situation comedy. ‘Our Song’ entered the festival circuit 9 month ago. It went to 50 international film festivals in 17 countries, and won 12 awards so far, including Best Comedy, Best Actress, and Best Script. And of course, when you create your own films, you’ll get noticed sooner or later.
Another trick is to use your weaknesses and turn them into strengths. I’m European, therefore I naturally have an accent. I started working with an accent coach some years ago, in order to learn to switch to the Standard American Accent. I got pretty close, but currently I still have a slight European accent. Being able to speak English like an American is definitely a worthwhile asset. But on the other hand, here in the US are many actors who can do that. So instead of focusing on the fact that I might not get certain parts because of the accent I still have, I go for the roles of foreigners. I developed my brand as the wacky foreign girl. My first language is German, and I speak Finnish on a Native level. I’m fluent in Danish and French, and I have some basics in Russian.

I just finished filming for the scifi horror movie ‘Area 5150’. I played Janet, a girl from Finland, who is kidnapped by an evil scientist and held at Area 51. I really enjoyed working with director Sean Haitz and his amazing cast and crew. I really appreciate working with people who have a vision and make their movies with attention to detail. We filmed in the desert near Santa Clarita and in a studio in Downtown LA. ‘Area 5150’ is my first US horror film. I love it, when horror movies are well written, because that often means that they contain dark comedy. It was also very interesting to experience first hand how special effects are made, when my character was shot in the head. Spoiler alert, I’m not the final girl 😉 But I’m very excited for the movie premiere!

Living in LA is a big adventure for me. During the 2020 lockdown I used the time to write my own sitcom pilot. It’s called ‘Living the Dream’ and it’s very autobiographical. ‘Living the Dream’ is about my experiences in Hollywood: The naive quirky actress Elli leaves her life in Europe behind to make all her dreams come true in Los Angeles. Her best friends are a hopeless procrastinator and a high-functioning alcoholic. Her immigration lawyer is a paranoid conspiracy theorist, and her agent has no clue what he’s doing. So what could go wrong?
Writing my own show was a lot fun. I almost finished the first season, and now I am looking for a studio or streaming service to produce my sitcom. So call me maybe 😉 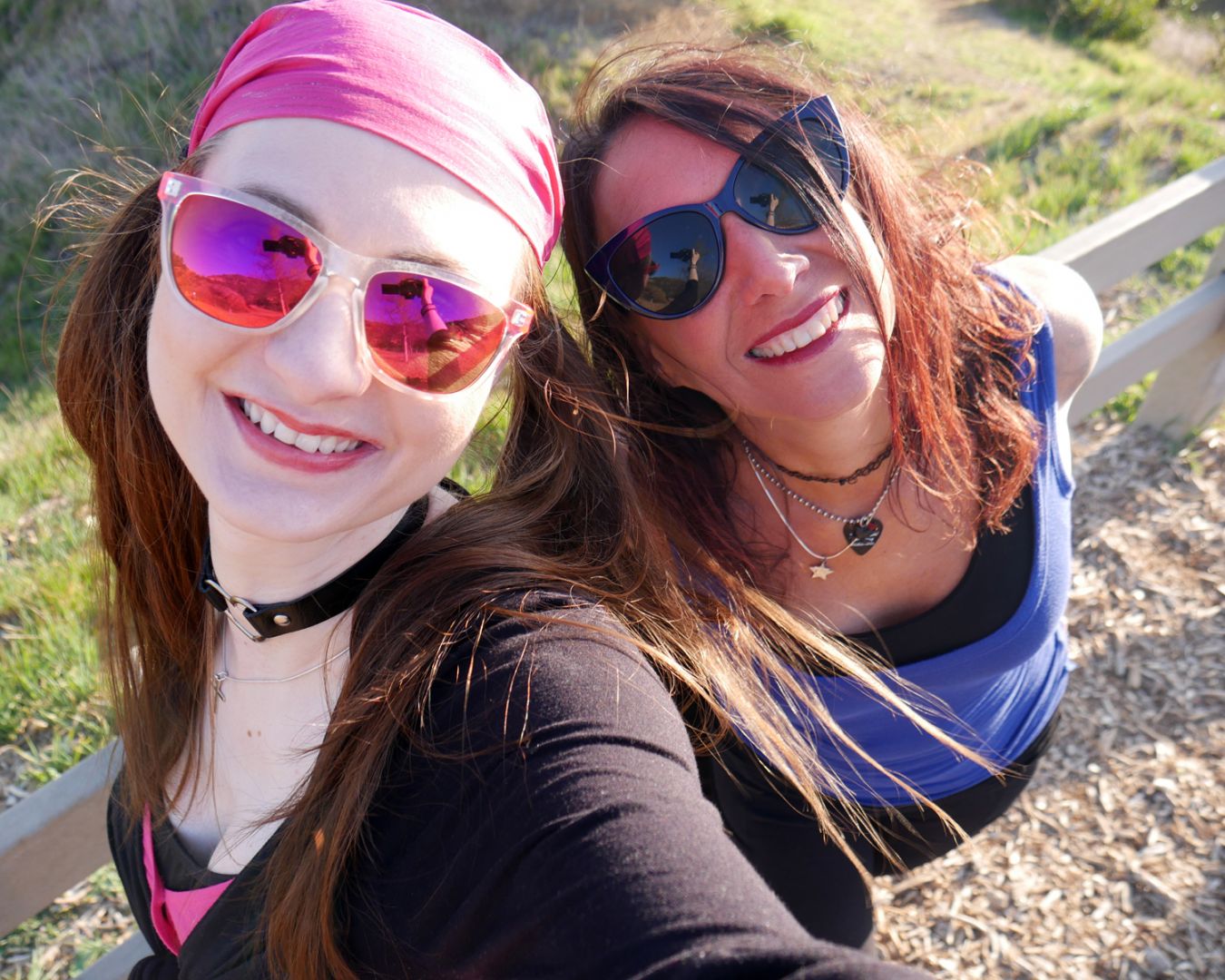 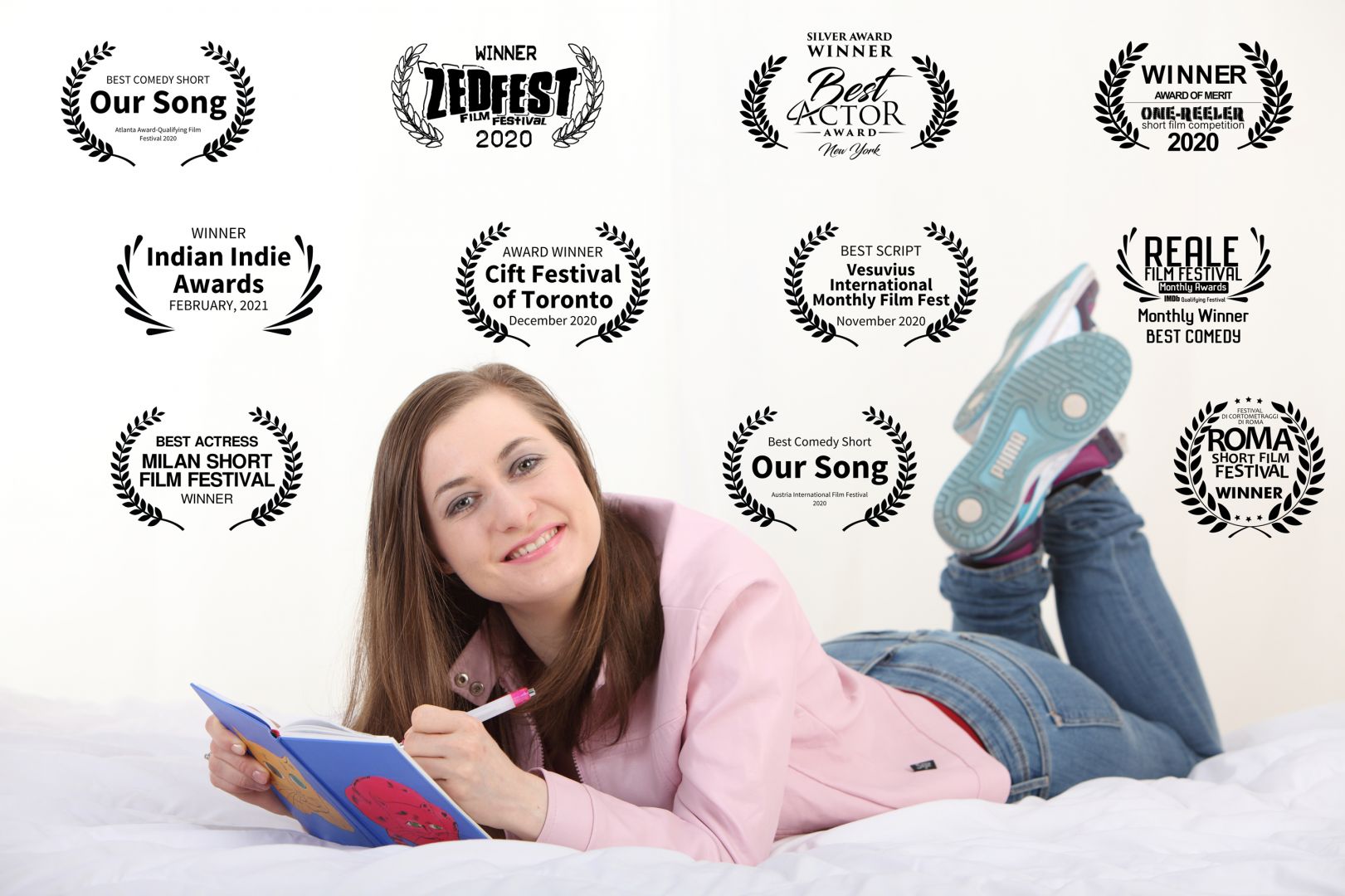 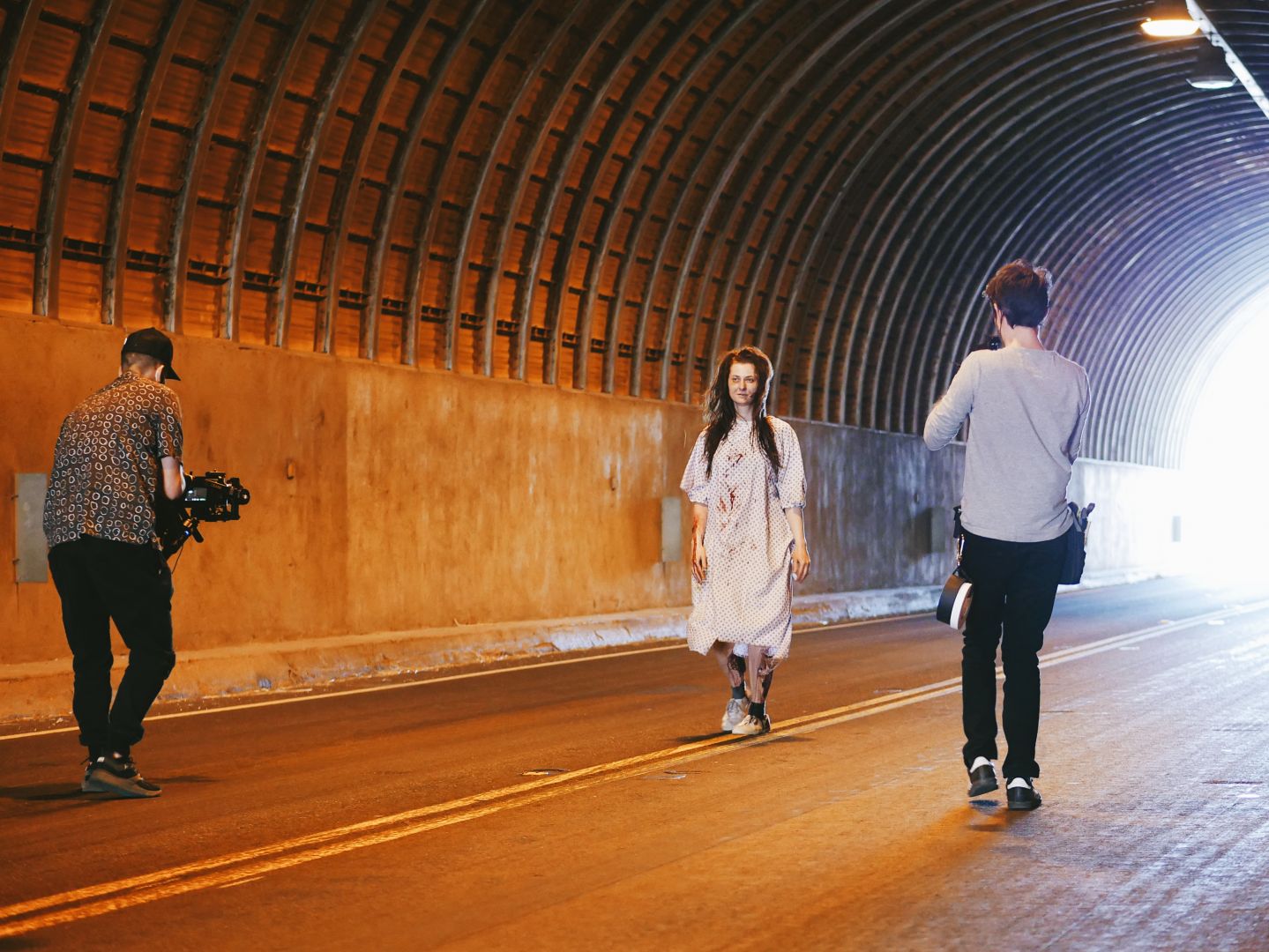 Any places to eat or things to do that you can share with our readers? If they have a friend visiting town, what are some spots they could take them to?
One of my favorite spots in Los Angeles is Griffith Park! I love to be out in nature. I love hiking, and I go there nearly every week with my friend Alison. So I would definitely take my best friends from Europe to Griffith Park. And when we’re really hungry after a long hike I would take them for lunch to Veggie Grill, Green Leaves or Tocaya Organica. Veggie Grill has amazing vegan burgers, sweet potato fries and salads. At Green Leaves you can get delicious vegan Italian and Asian dishes. And Tocaya Organica has amazing organic Mexican food, that you can get in vegan, vegetarian or with meat. In the evening I would take my friends to my favorite heavy metal bar on Sunset Strip, the Rainbow Bar and Grill. 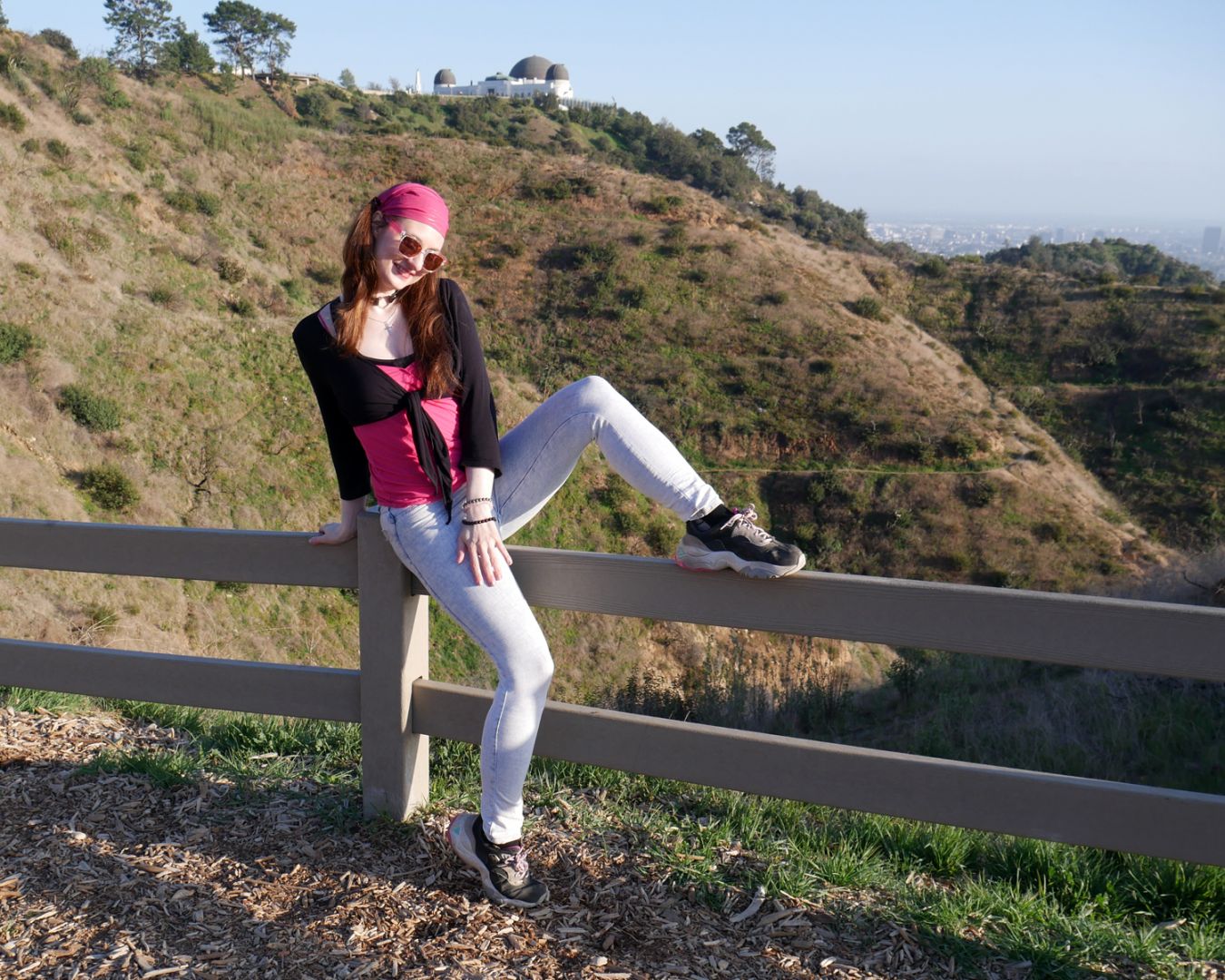 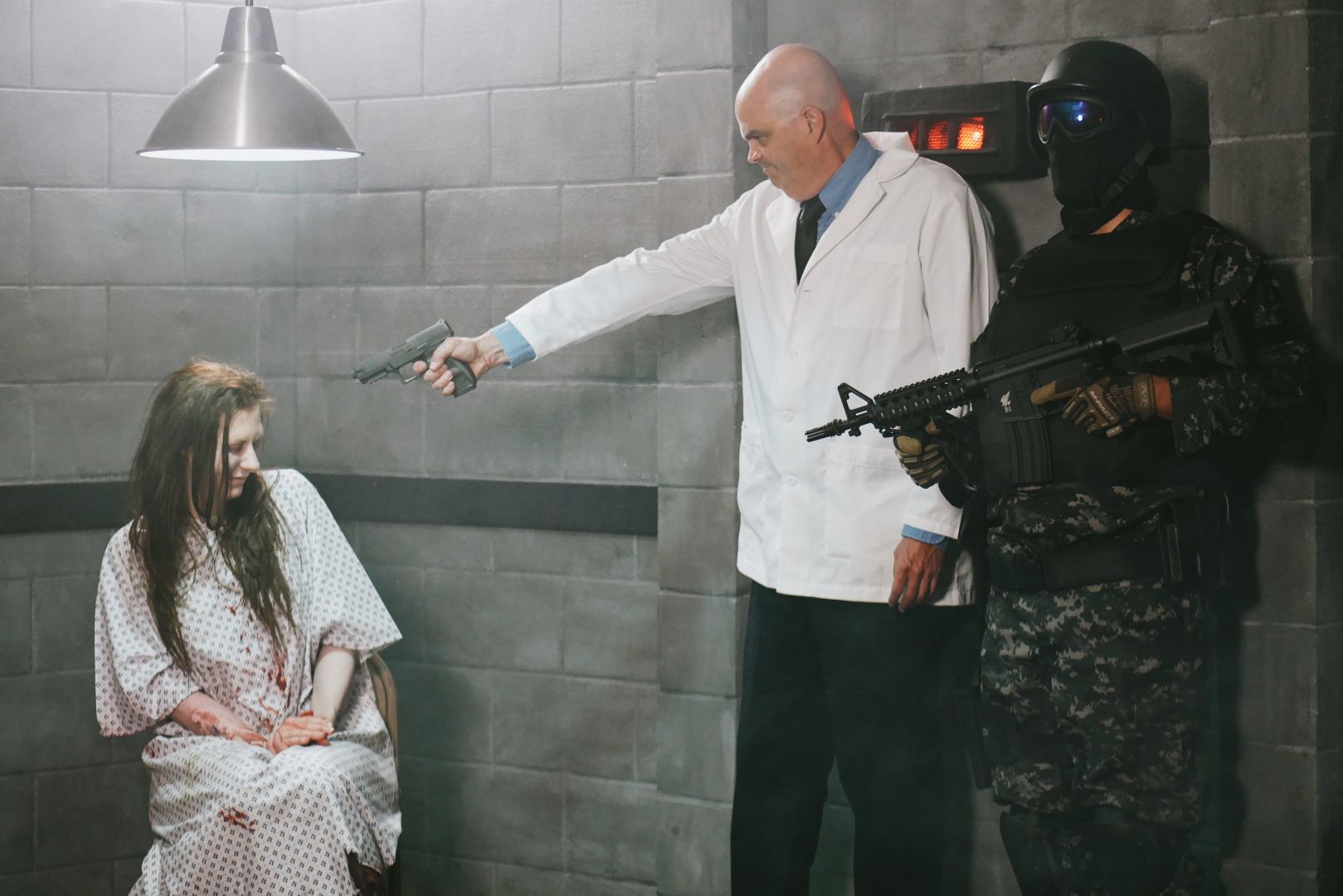 Shoutout is all about shouting out others who you feel deserve additional recognition and exposure. Who would you like to shoutout?
First of all I want to mention my dad, who always believed in me. The support of my best friends from Finland, Germany and the US also means a lot to me, and really helped me when the going got rough. The same goes for my crazy big hippie family, including many aunts, uncles and 27 cousins. When it comes to mentoring, I will never forget the legendary German comedian and writer Ulrich “UrDrü” Reineking, who asked me to join him on a nationwide tour, back when I started out as a young stand-up comedian. We performed together for 5 years, and I learned so much from him. I also would like to give a shoutout to all the amazing creative people around the world I got to work with over the years, including my favorite writer and TV host Roman Schatz in Finland, and all the great musicians who took the time for an interview with me. I feel very blessed to have these wonderful people in my life, and I could have never gotten where I am without them. Thank you all so much!