We had the good fortune of connecting with Katrina Wolfe and we’ve shared our conversation below.

Hi Katrina, what role has risk played in your life or career?

I consider risk to be a vital and necessary component of a successful and fulfilling life. In our culture, we often think of risk as something undesirable that needs to be mitigated, minimized, avoided at all costs. We’re always seeking out shortcuts or ‘hacks’ that help remove risk and guesswork from our daily lives. But without risk it’s impossible to innovate, to learn, to achieve our dreams. As William Faulkner once wrote, “You cannot swim for new horizons until you have courage to lose sight of the shore.”

I look at risk-taking as an actual skill, one that involves cultivating a careful balance between logic and intuition, between left brain and right brain. This is especially important in a creative field such as mine, which exists at the intersection of commerce and art. As a filmmaker, no matter how much quantitative data I may have available to me about past movies/shows, about audiences’ viewing habits, etc., ultimately every creative project is a leap of faith. The truth is, we never know whether something is going to connect with an audience, no matter how much we’ve analyzed or scrutinized things in advance. So every project is itself a risk, and the only way to find out if it’s going to work is to take that leap.

Take for example my decision to produce Nightingale, a very unusual and bold film that’s unlike anything that came before or after it. When I first read the script I instinctively fell in love with its originality and unbridled emotional power, while also recognizing that it could be a tough sell commercially. After all, it didn’t fit neatly into any pre-existing categories and I couldn’t easily compare it to any other movie in the marketplace. Still, something told me to listen to my intuition and take the risk…which ultimately paid off. HBO bought the film and it became a wonderful artistic and commercial success, garnering Emmy, Golden Globe, and Critics’ Choice nominations and terrific reviews.

I recognize, of course, that not every risk will pay off in the same way, but that’s okay. In fact, I find that learning from my failures is just as helpful as learning from my successes, as risks that didn’t pay off tend to lead to other opportunities that wouldn’t have materialized if I’d just stayed within my comfort zone. Being a person who’s willing to take risks and think independently tends to foist you into a leadership role, as it separates you from the comfort of the group and the “safety in numbers” mentality. So you have to be prepared for the additional responsibilities that come with this, and to accept that not everyone is going to agree with your decisions or appreciate your ideas. But I try to remind myself that while it’s easy and safe to sit idly on the sidelines while critiquing those who’ve taken bold actions, this can only lead to stagnation. So as someone who’s interested in experiencing continual growth and forward momentum in all aspects of my life, I must embrace risk and view it as a positive force. 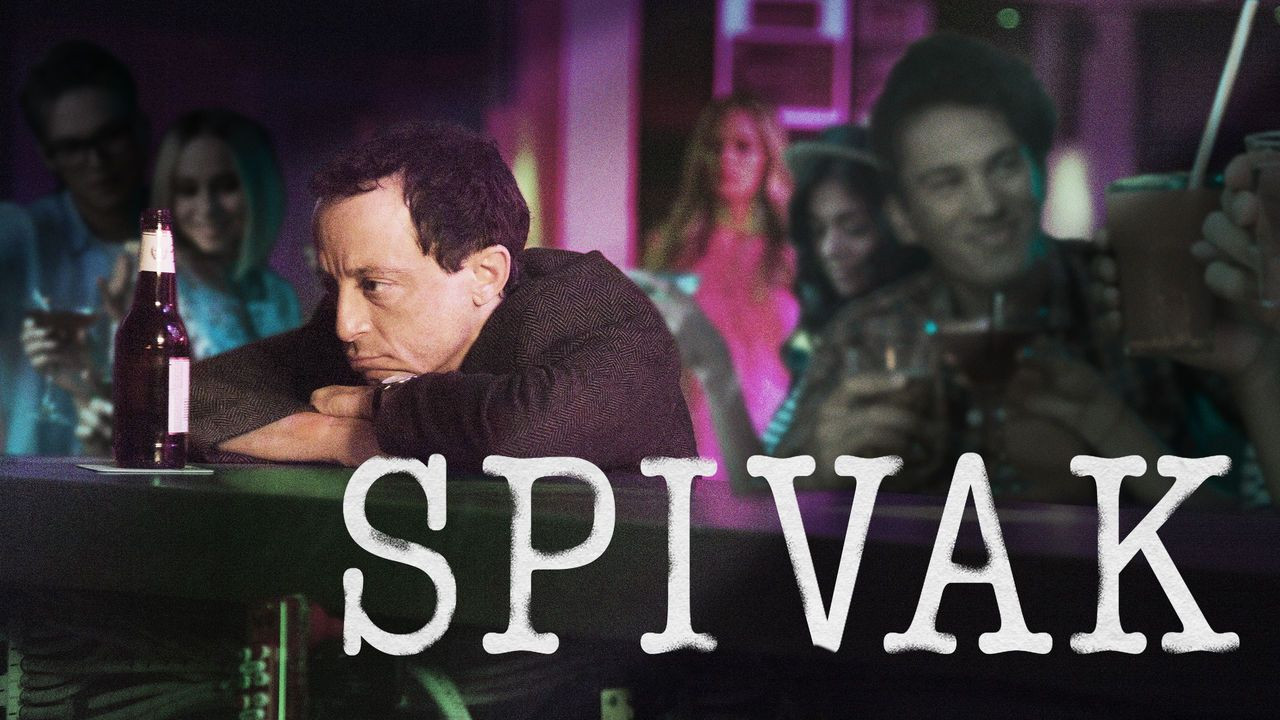 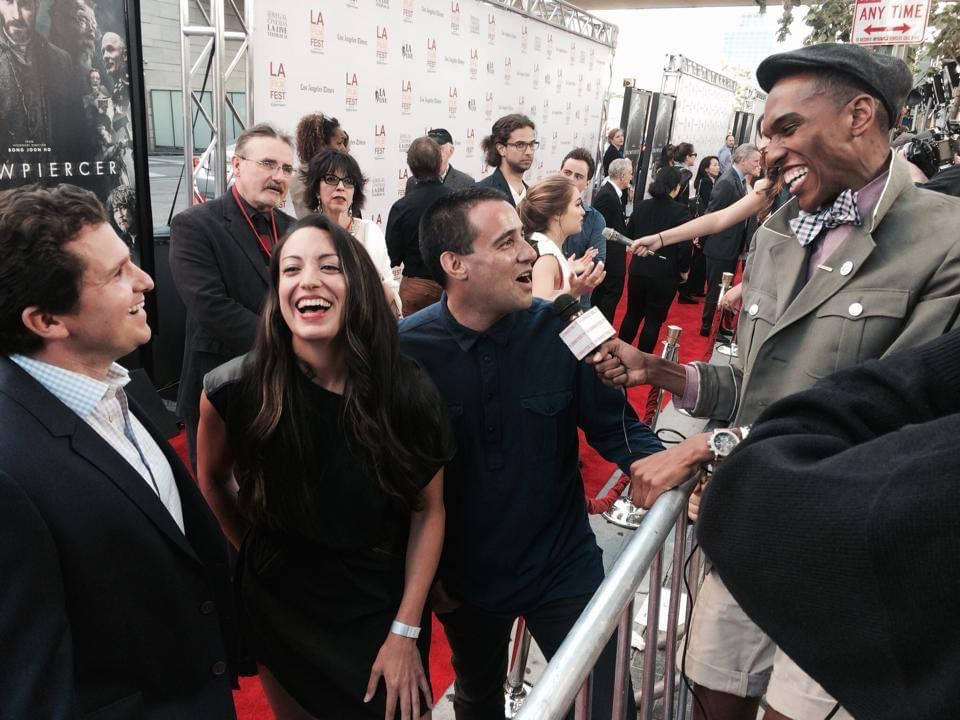 My first job in entertainment was as the assistant to a producer and acquisitions consultant in NYC when I was just out of college, which led to my eventually landing a job at my dream company at the time — Miramax Films. The company was at the height of its success at that time and was an incredibly intense, high-pressure, but exhilarating place to work. I quickly learned to be prepared at all times for whatever unexpected challenges came my way, prepared to answer any and all questions that might be asked of me, and learned how to deal with challenging personalities and extremely high stakes situations — all while getting an incredible education in all aspects of filmmaking (both business related and creative). I think what set me apart from others in that competitive environment was my passion for storytelling and cinema, my resourcefulness, and my willingness to always go the extra mile to completing a task or achieving a goal — even if it meant working insane hours in the process! I was able to carve out a niche for myself there at Miramax and was also fortunate to be there during a time of growth and expansion, so I was able to move up the ladder fairly quickly; I was a VP by the age of 29 and by the age of 31 I had been named Senior Vice President of Production and Casting for the Dimension Films division of the company. Over the course of nearly a decade at Dimension, I worked closely on a number of films that I’m very proud of to this day, including Paid in Full, Bad Santa, The Mist, 1408, Sin City, Grindhouse (Tarantino & Rodriguez), and dozens of others. It was an extremely challenging and high intensity, all-consuming place to work, which helped me develop a thick skin that was absolutely vital to my success later on.

In 2012 I was invited to come to L.A. to run a new production company founded by Mexican financier/producer Alex Garcia of AG Studios, as its President of Production. Thus began an exciting new chapter in my career, one that not only drew on my experiences as a studio executive at Dimension, but that also thrust me into the uncharted territory of independent producing and really stretched my creative wings. I had to learn a lot on the job, as there were many facets of indie film financing and production that hadn’t come into play in my prior work experience. The very first project that I brought in was Nightingale, which had captured my attention because of the incredibly unique and vivid writing. It ended up being a great experience that culminated in Brad Pitt and his partners at Plan B Entertainment coming on board to lend their support as Executive Producers of the finished film — which was incredibly thrilling. They helped us bring the picture to HBO Films, who immediately bought the film and began an awards campaign for lead actor David Oyelowo (who won the Critics’ Choice Award for Best Actor and was nominated for an Emmy and Golden Globe for Best Actor for the film as well). I received an Emmy nomination for Best TV Movie as well as a Critic’s Choice nomination, which was an incredibly gratifying and rewarding experience.

After Nightingale, I brought in and produced another film starring Oyelowo, alongside Kate Mara, called Captive — which we shot on location in North Carolina and Mexico and sold to Paramount in a worldwide theatrical deal; the film has since gained a steady cult following that’s been exciting to watch. Some of the other projects that I’ve been produced at AG include Reversal (aka Bound to Vengeance), which was the opening night film for the Midnight Series at Sundance Film Festival, the Netflix comedy Spivak with Michael Cera, and the recently completed feature The Big Bend with Jason Butler Harner from Ozark. I currently have a diverse array of projects in development, including an ensemble comedy called X-MAS with Will Arnett, Kevin Nealon, Ronny Chieng, Brenda Song, and Genesis Rodriguez, and a biopic of Warhol superstar Candy Darling. What I love above all is helping a writer/director fulfill his or her unique vision and see it come to life onscreen. I seek out thought provoking and unique stories with real emotional resonance and strive to create art that challenges the audience’s expectations, but that thoroughly entertains them in the process. 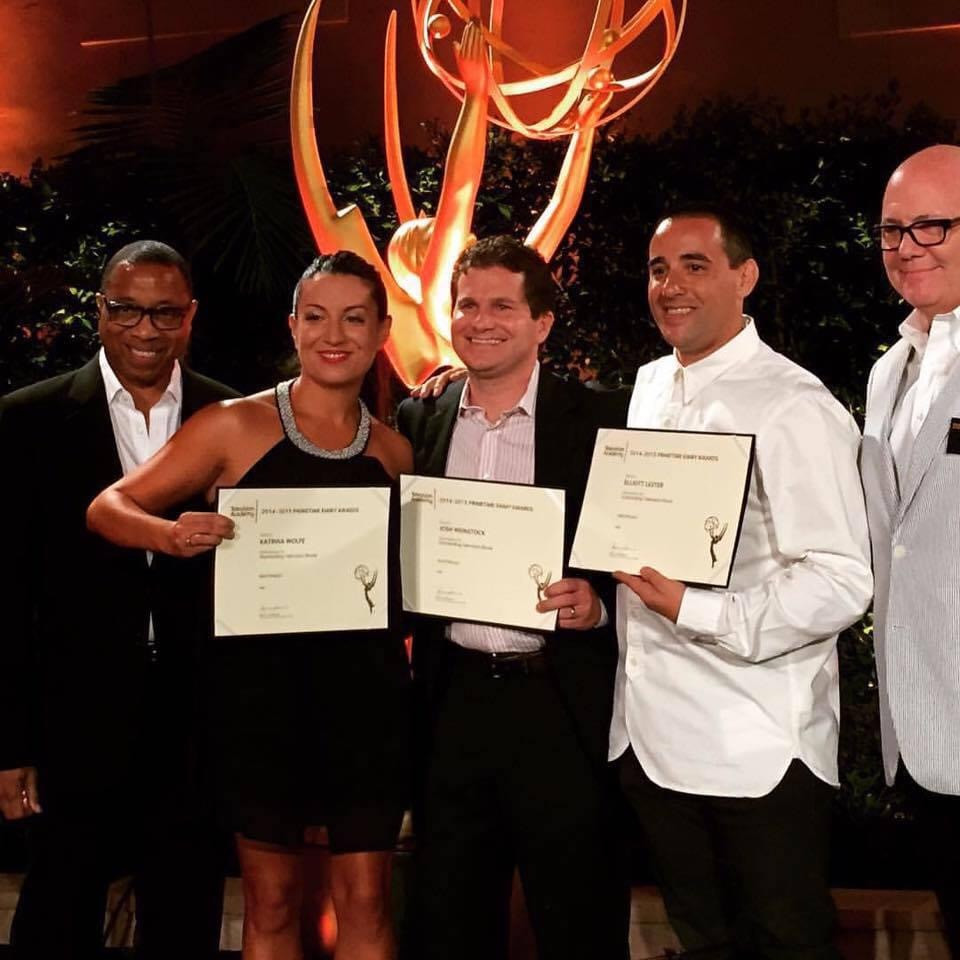 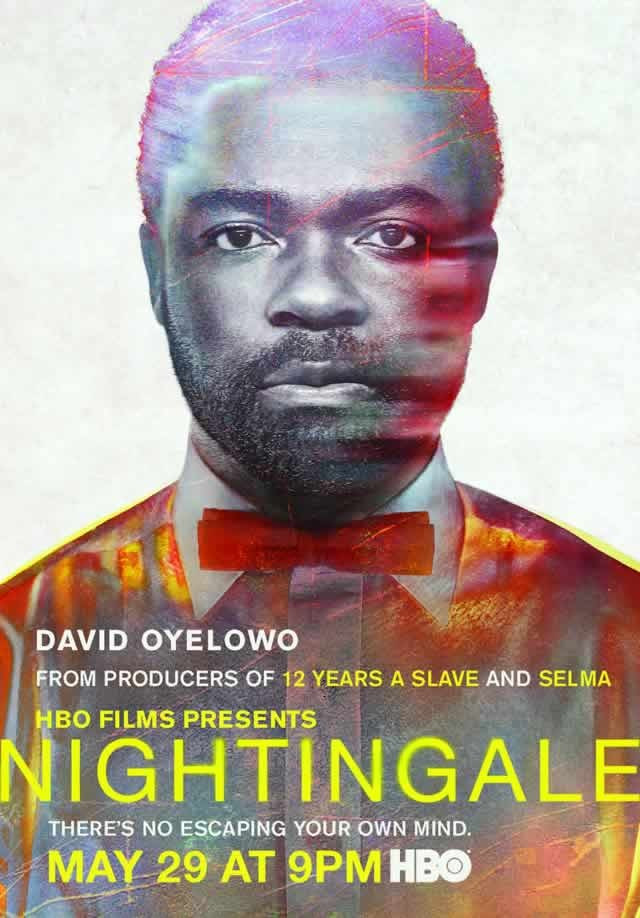 Let’s say your best friend was visiting the area and you wanted to show them the best time ever. Where would you take them? Give us a little itinerary – say it was a week long trip, where would you eat, drink, visit, hang out, etc.
Here are some of the activities and places I’d take my best friend in Los Angeles:

-I’d definitely take them to some of my favorite restaurants, including: Ruam Mitr in Thai Town (I’m half Thai, so I have high standards for Thai food!), Du-Par’s for pancakes, Bay Cities Italian Deli & Bakery for delicious sandwiches, El Compadre on Sunset for Mexican food and margaritas, Smoke House Restaurant in Burbank for a classic old school experience, Osteria La Buca in Hollywood for fantastic Italian food. I’d also take them to the San Gabriel Valley for dim sum and to Teru Sushi in the valley for great sushi.

-In terms of outdoor destinations, we’d definitely do some fun hiking at Runyon Canyon, Beachwood Canyon, and Temescal Canyon. I’d also take them to the beach and boardwalk in Santa Monica and stop in for a cocktail at the Viceroy. We’d walk around in Venice by the beach as well as around the Abbot Kinney shopping area, and we’d go paddle boarding near Fisherman’s Village in Marina del Rey.

-In terms of indoor attractions, I’d bring my friend to The Getty and LACMA during the day, and we’d hit up a comedy show at Largo one night. I’d also bring them downtown to the Los Angeles Music Center for a dance performance at Dorothy Chandler Pavilion; in the past few years they’ve been bringing in spectacular, world class companies and performers, which is thrilling to me as a balletomane and former dancer. 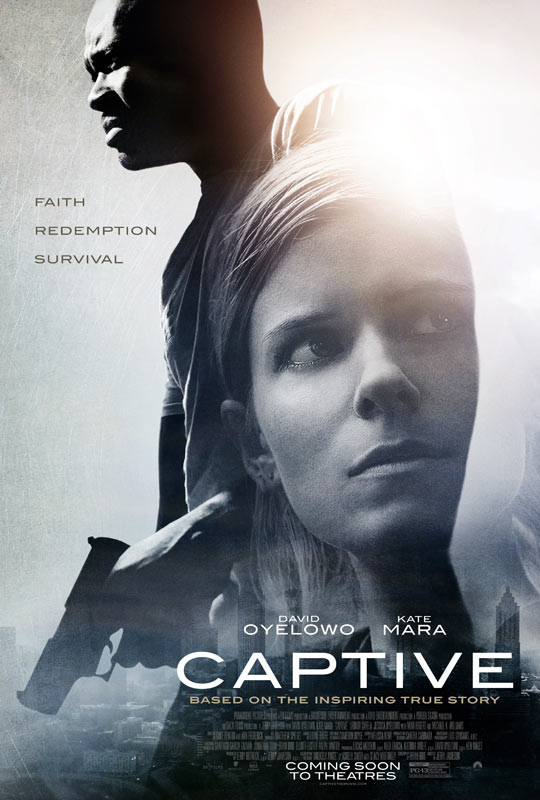 Shoutout is all about shouting out others who you feel deserve additional recognition and exposure. Who would you like to shoutout?
I’d like to dedicate my shoutout to my late mother, Sawat Wolfe, who broke glass ceilings and led her life in a bold and fearless way. 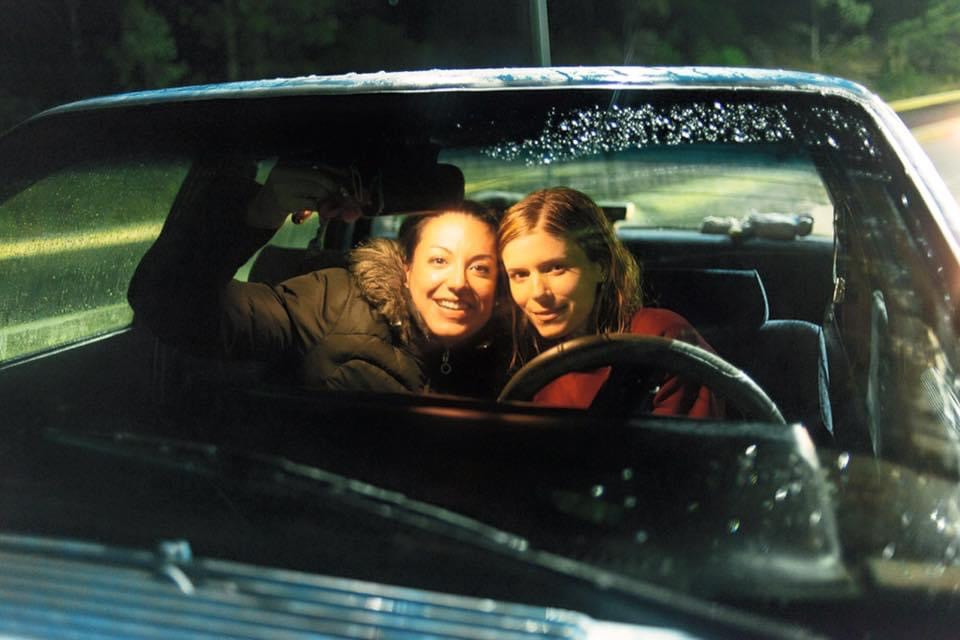 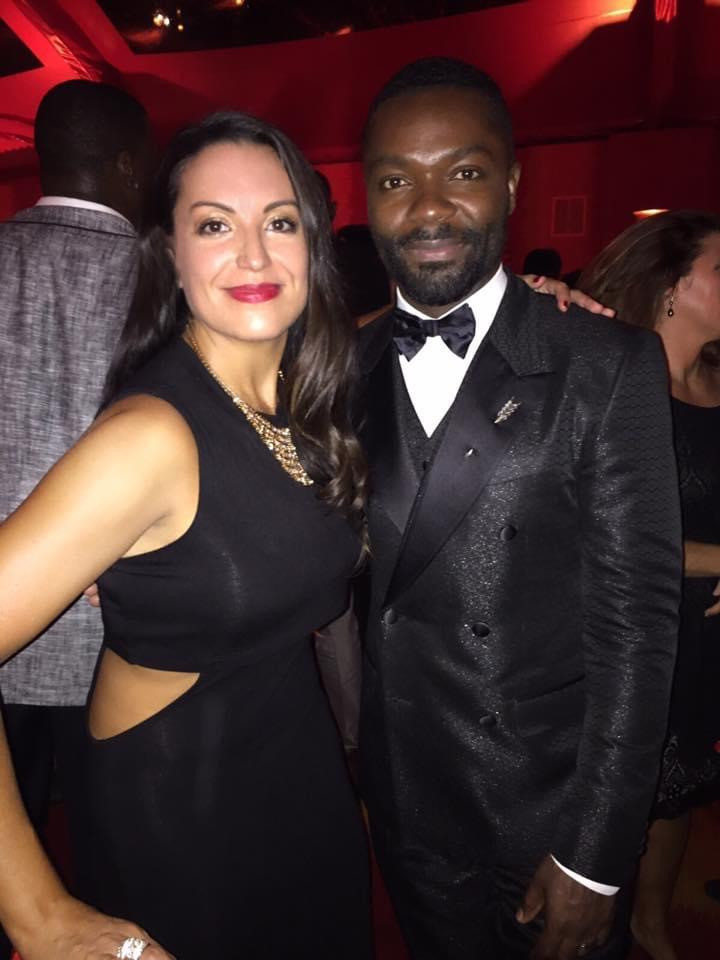