We had the good fortune of connecting with Kelly Meyersfield and we’ve shared our conversation below.

Hi Kelly, what habits do you feel play an important role in your life?
I think one thing that has helped the most in the creation of my career is having enthusiasm for what I do and maintaining a sense of playfulness. If we get too serious about anything and lose the fun then what’s the point? I try to enjoy all the aspects as much as I can–the audition prep, the audition itself, creating and writing new projects and then performing or shooting! 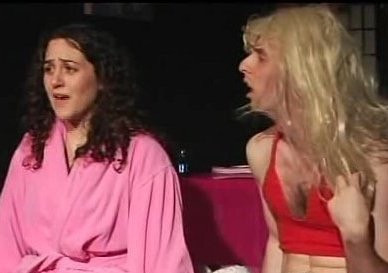 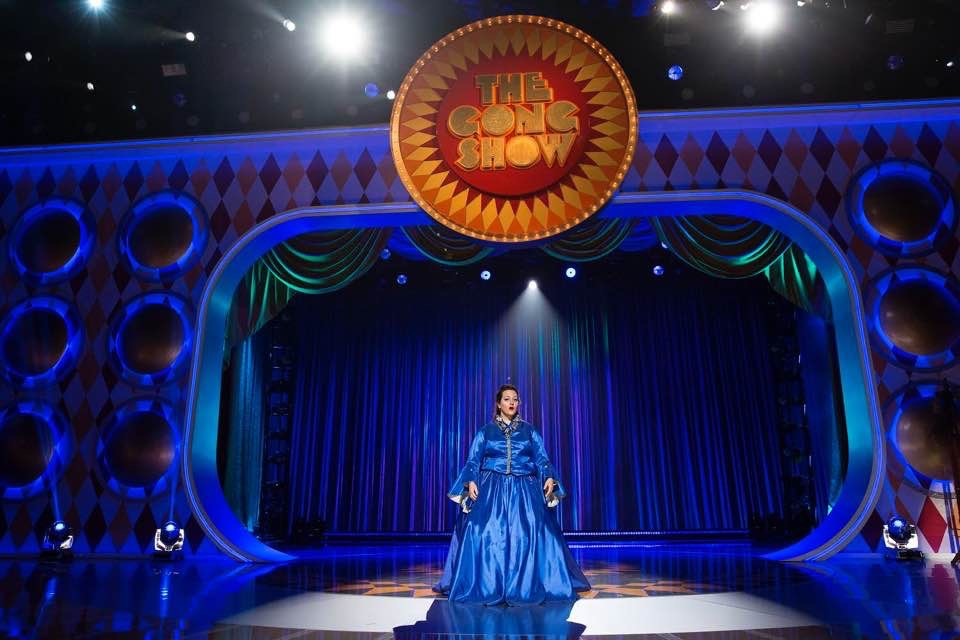 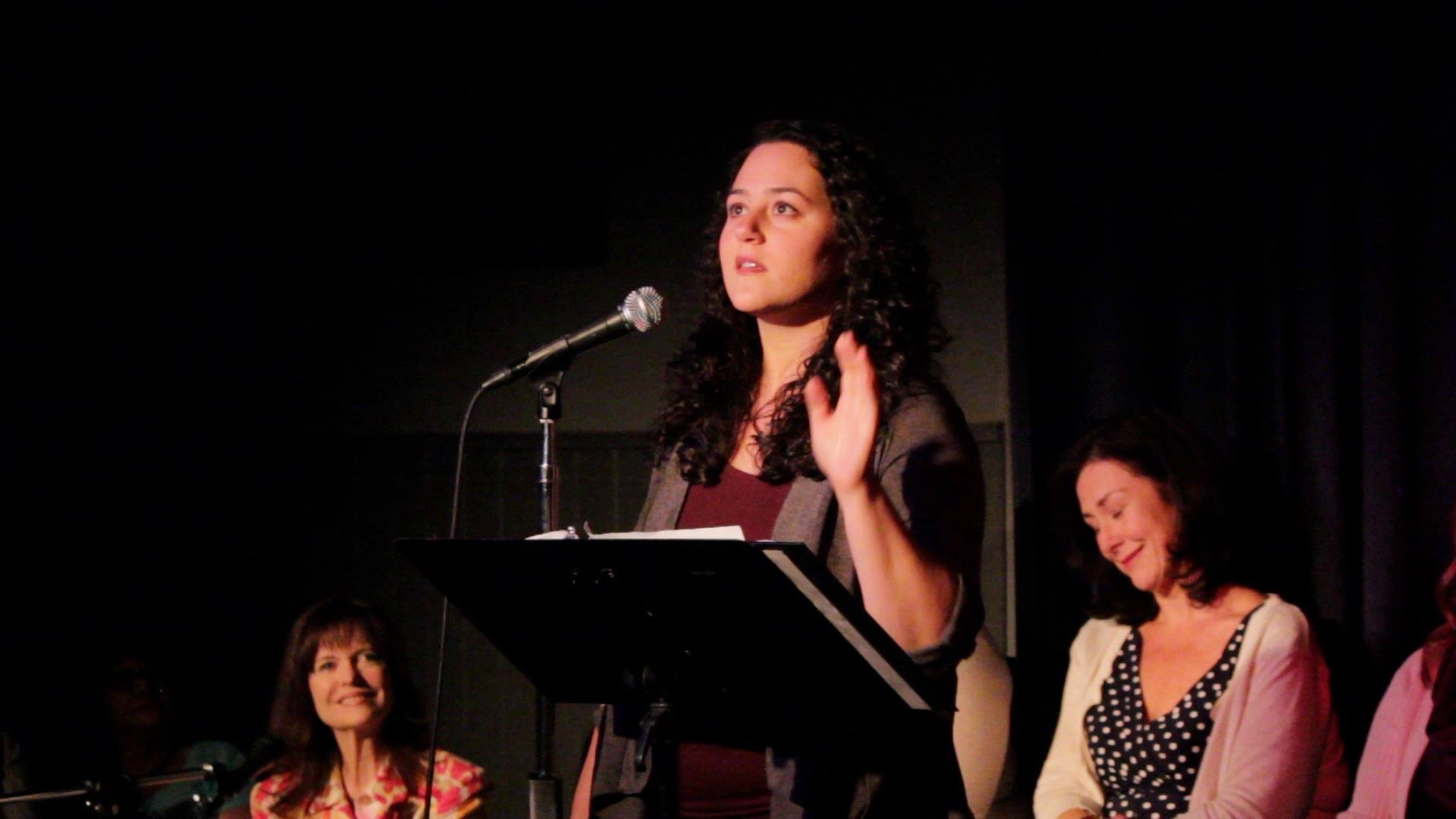 Alright, so let’s move onto what keeps you busy professionally?
I am an actress, a writer, a singer, a comedy song writer, a director and a voiceover artist! I have done college tours with an original musical I created with my husband called “College The Musical: A Musical About College.” I have written and performed in two original one woman shows, one called “Overshare” and the other called “There Will Never Be Enough Pizza.” I wrote, produced and starred in a play called “Loose” which was one of my favorite projects as I had many other actors performing my original material and I got to listen backstage to the audience response. There is nothing like it. I have written and performed in short films, I recorded a comedy song album and I have performed in musicals, cabarets, been in commercials (currently I have a Wafair spot running and I am about to do VO on a really fun and exciting commercial project this week), feature films and TV. I serenaded Will Arnett on The Gong Show in front of Zach Galifinakis, Ken Jeong and Mike Myers. I am proud of the many things that I do–I love to create and make people laugh and I would say what sets me apart is my purpose–I want to bring relief to people with everything I create. I want to make them laugh by exposing the toughest parts of life, exposing truth and pointing at aberration going, “Hey! You’re not alone. Look how crazy I am!” That is my passion as a writer and as a performer–to let people in so they don’t feel alone and make em laugh til they wet the seat! 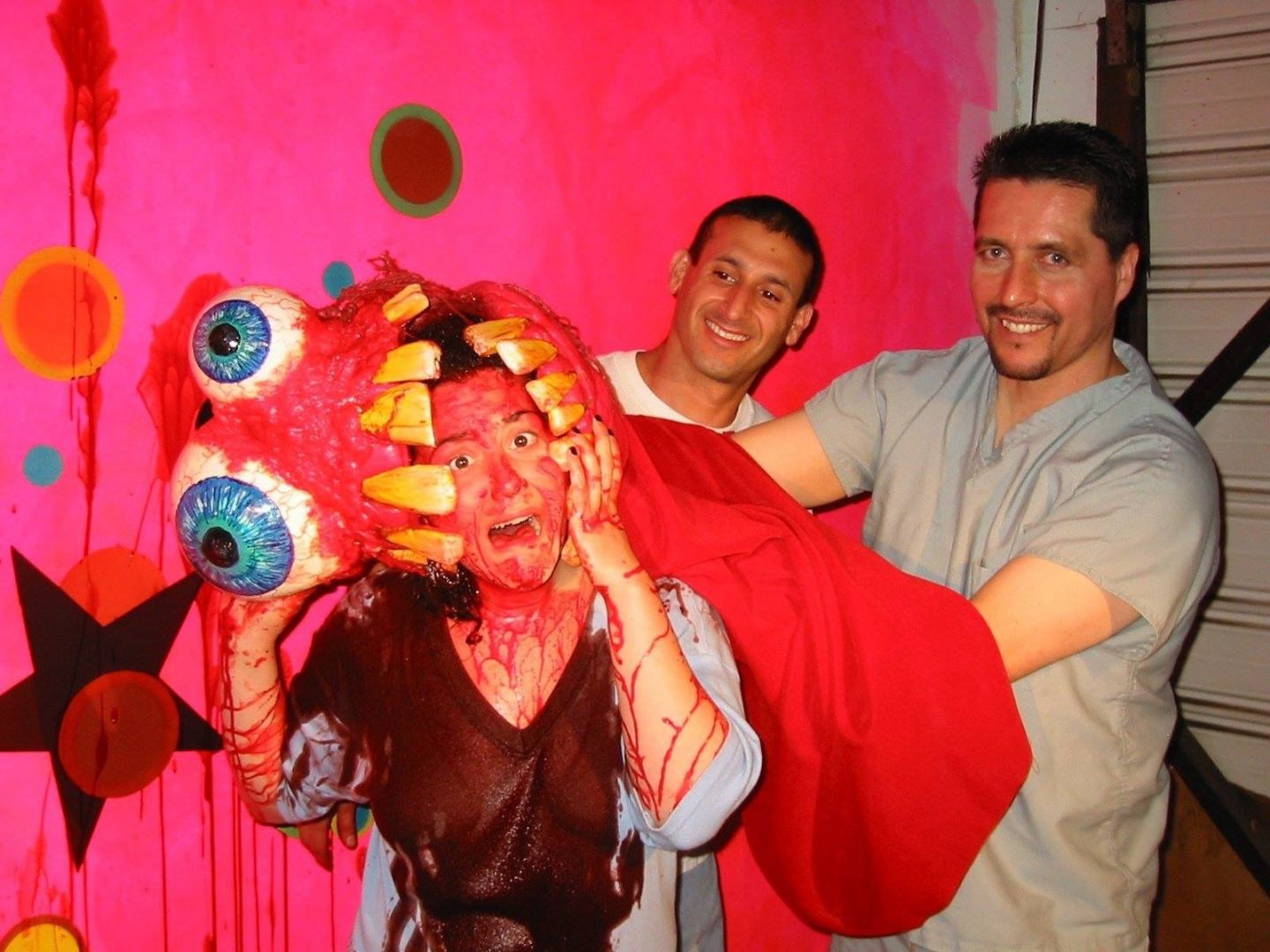 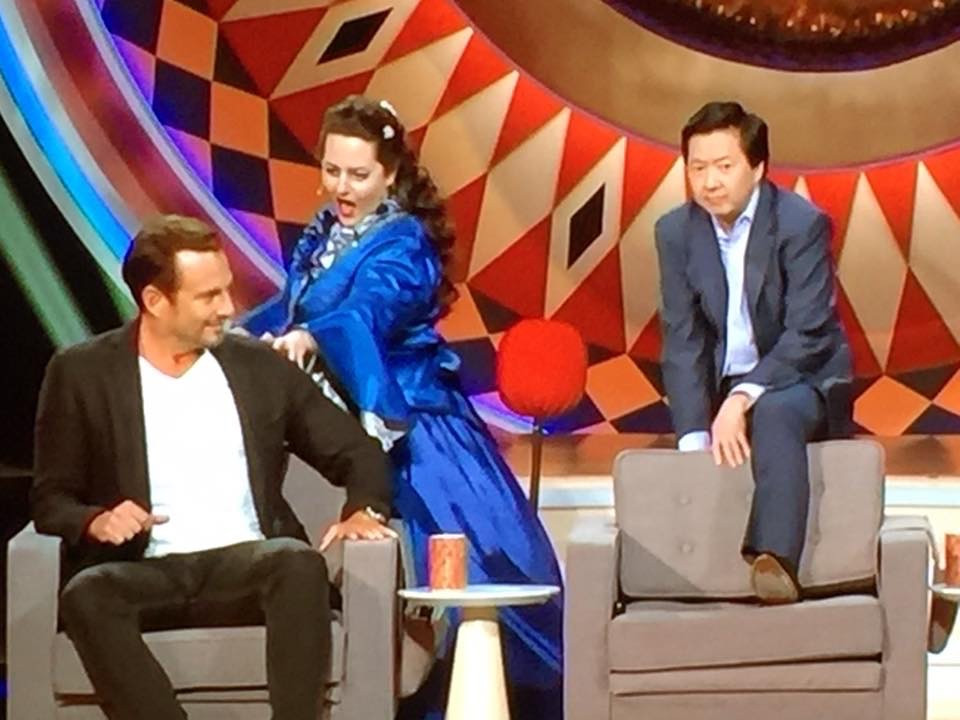 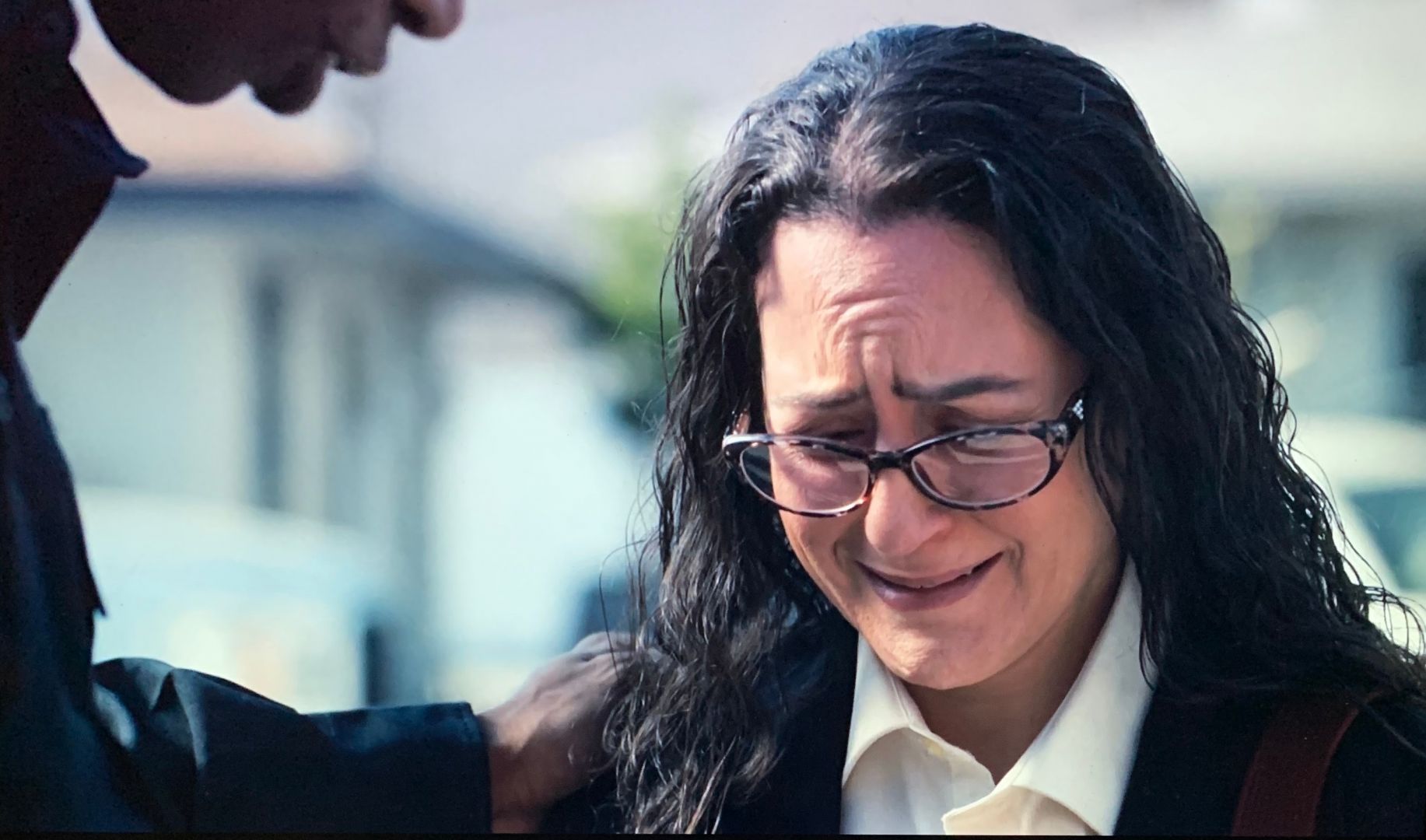 Let’s say your best friend was visiting the area and you wanted to show them the best time ever. Where would you take them? Give us a little itinerary – say it was a week long trip, where would you eat, drink, visit, hang out, etc.
Some of my favorite things to do in LA are hike (and if my BFF was visiting from NYC I would for sure take her out for some nature)–the beach FOR SURE, the movies, because that’s my favorite activity, and maybe to see a show or some music downtown. I also love to eat so I would take her to the Americana or the Grove or just go explore in Santa Monica and find something new! 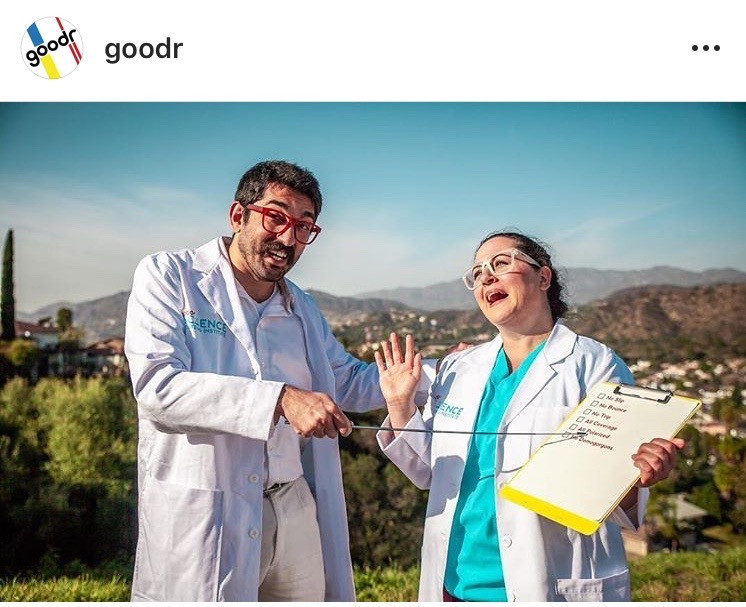 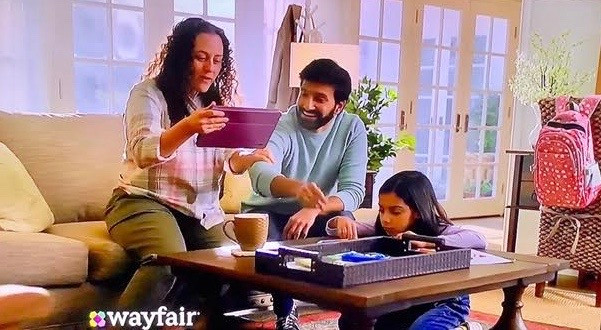 Shoutout is all about shouting out others who you feel deserve additional recognition and exposure. Who would you like to shoutout?
My family deserves a big shoutout for helping me to pursue this crazy dream of being an artist!! My parents always sent me to whatever performing arts program, camp, college I wanted to go to, they took my brother and I to lots of Broadway shows and they were always big supporters of my dreams. They continue to help and encourage me regularly. My brother is an inspiration both as a talent and an incredibly hard worker as well as having helped me to become the comedian I am by making me laugh constantly growing up. My super funny comedian husband pushes me to keep going especially in those tough moments. He would never let me give up. My adorable, hilarious son always inspires me to create!