We had the good fortune of connecting with Ken Maurice Purnell and we’ve shared our conversation below.

Hi Ken Maurice, what was your thought process behind starting your own business?
When I started my LLC, LiDDlE Brotha Entertainment. I did it because I wanted to see a brand of entertainment, that was a reflection of me. Before I began my own business, I had multiple script projects that I had written underneath my belt, from Pilots, Short Films, Sketches, and Multiple Film Concepts. In 2017, I had a deal on the table, a purchase agreement for a pilot I had written. I walked away from it, because this production company wanted full ownership, for a very low cost, and it just was not smart to accept that. I still wanted to see my work, my projects, in a completed state and over time, I realized that the only thing stopping me, from doing so, was me. I had to quit finding excuses, not to pursue this venture and started to find a way. I started doing Stand-in work on Film/TV sets, and that was the paid masterclass I needed, to begin seeing the ins and outs of filmmaking, thus beginning the concept and the execution of LiDDlE Brotha Entertainment, LLC. 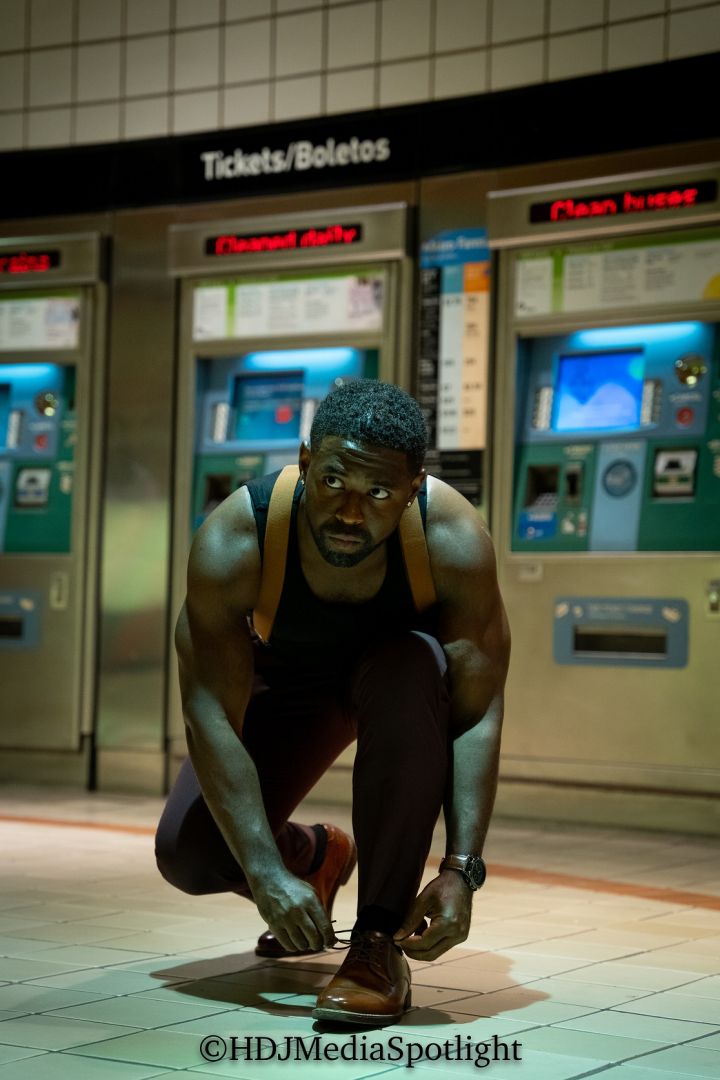 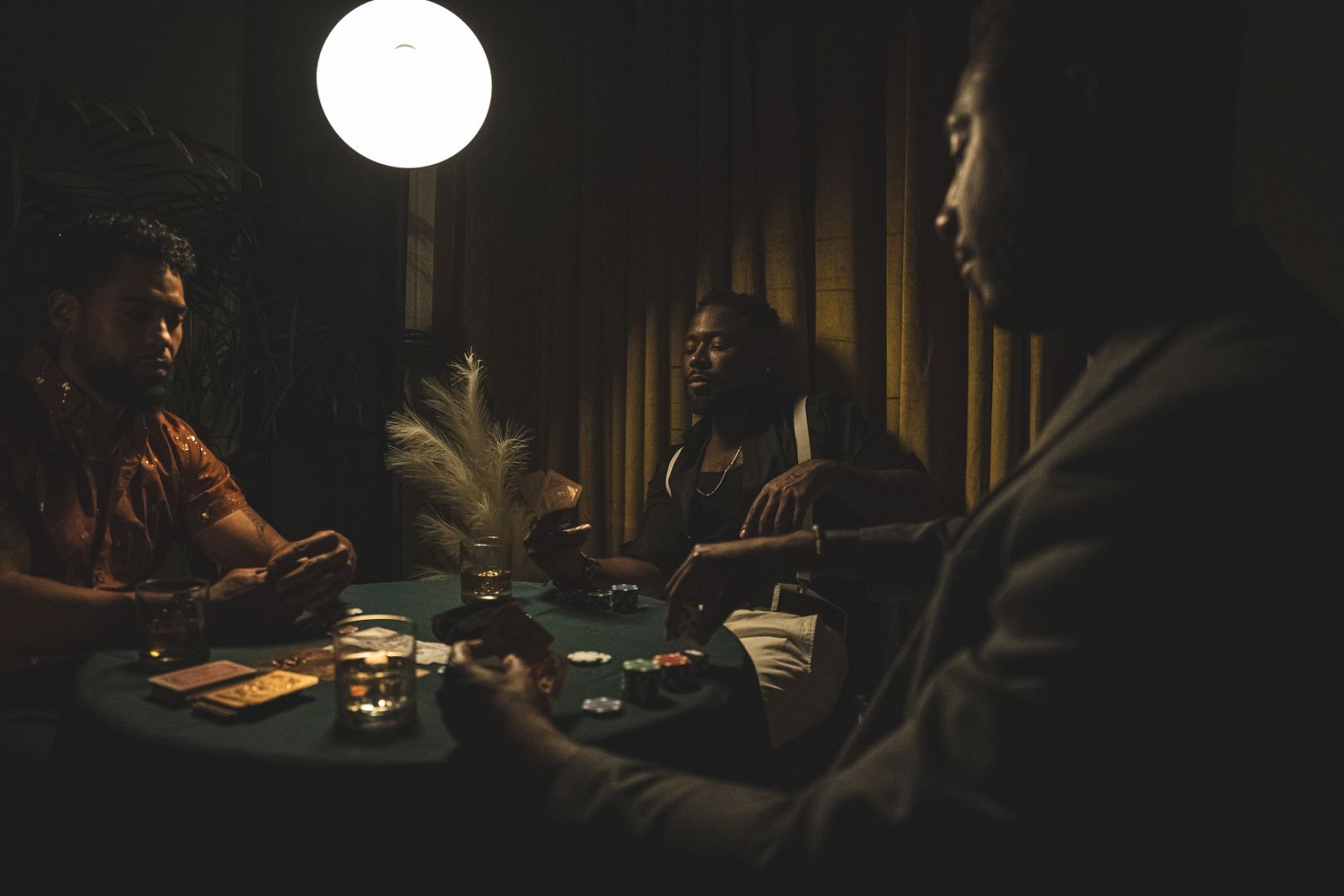 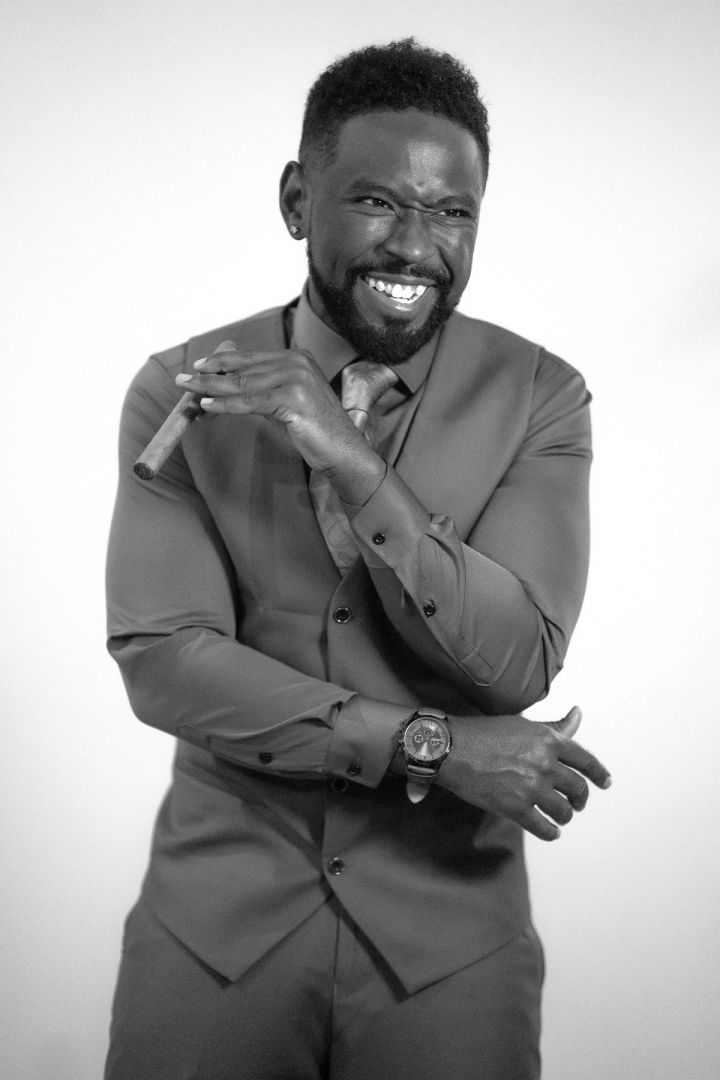 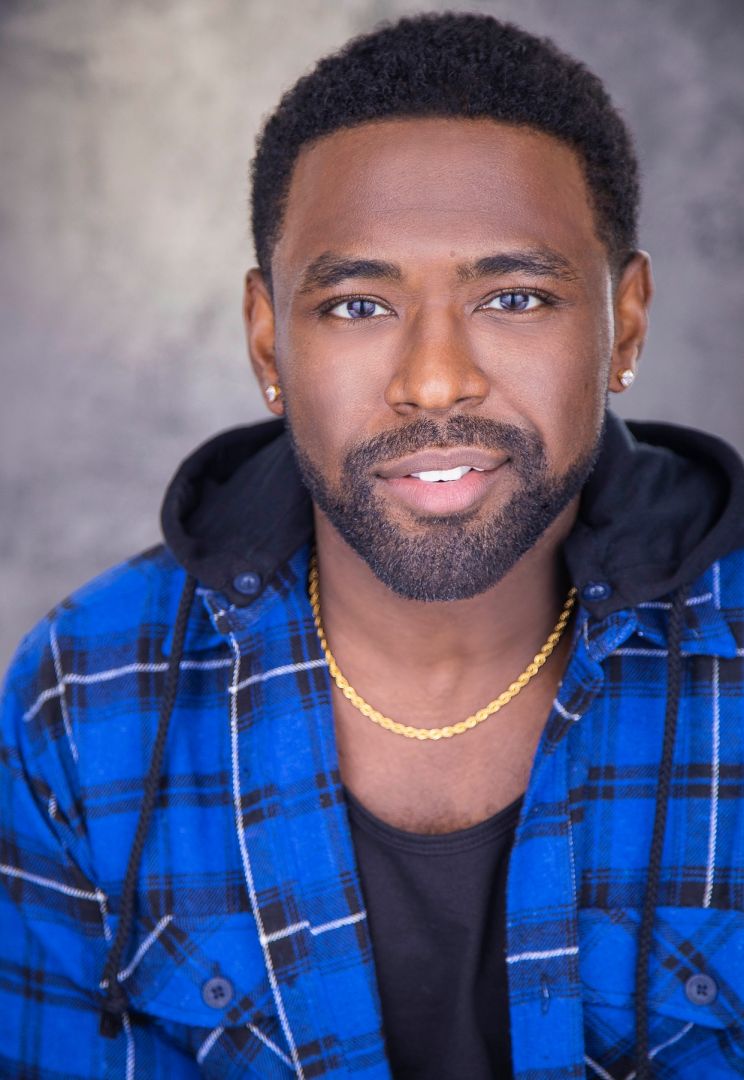 Let’s talk shop? Tell us more about your career, what can you share with our community?
So I starting singing when I was a child, in the church of course. I grew up on the east coast, I’m originally from Salisbury, Maryland. My Father, Lester Purnell, Sr. was an astonishing piano player, very well known and sought out in the community, a minster of Music who played for many churches and orginzations. Then my Mother Kathy Haynes, who has a beautiful voice and has always been sharing her gift of song, since before I was even born. That bug of performance bit me, and bit me well, I might add. Singing in the church was my gateway into pursuing a career in entertainment. I then went onto act, throughout High School, and College. After Numerous Plays, Performances, and Filming Opportunities, I’ve begin to grow as an Actor, as well as a Screenwriter. What sets me apart from others is the fact that I’m willing to take on new and different opportunities, even if it is not economically rewarding or fame worthy. Too many times people pursue this business only desiring the big checks, the perks, and the glory, but won’t do the work. How can you make celebratory demands with no actual resume to back up those demands. So many times I see people, only looking at this business from the lens of notoriety, as if that defines your success, I don’t carry that mindset, fame and followers have never been a goal for me. In my career, I’ve taped I think 2-3 independent pilots, some short films, some independent features, and a couple of national commercial spots, of course none of them got picked up or pursued, and that’s ok. And you would think that would be my biggest and most proudest accomplishment, but it really isn’t. Getting the opportunity to do Stand-in work in films, tv, and commercials, was an experience that I truly enjoyed because it allowed me to see this industry from a different perspective, and to learn the process, not just from the One Dimensional lens of an actor. It opened so many doors and connections to so many industry people, where I was allowed to pick their brain, tell them about my journey, what I’m pursuing, and get first hand experience/knowledge from professional all in one setting. Having lunch and conversations with UPMs (Unit Production Managers), Directors, Producers, and even A-list talent. There was a time when I wanted to give up on this industry as an actor. I am a dark-skinned tone actor, and like I’ve said I’ve booked some shoots as talent. Well being Dark-skinned, can be a challenge to inexperienced lighting techs and cinematographers. I can remember auditioning for part in an independent film, got the part, got to set, it was a night shoot. The crew had a full production set-up, vans, lights, RED cameras, the whole nine yards, as they began to set up my scene, the crew could not figure out how to properly light me. After about 45 minutes, a producer stepped in and they began auditioning background, that was of a lighter complexion, to read my part. In that moment, I was demoted to background, because of their inability to correctly light me, in a night setting. I was ready to give up on this industry, and then the opportunity came in for me to do Stand-in for Kevin Hart, working multiple projects from Chase Commercials, Movie pick-up shots, and even the entire Netflix Series, “True Story” with him, not once did I hear a complaint from crew, or any statements of “We cannot light him”, This opportunity restored my faith, in my pursuit of this industry. I’m grateful for it. Not only that but it gave me the tools and taught me the process of production/filmmaking! What I want people to know, is to not be afraid or think you’re too good, to take opportunities even if it is not the ultimate goal, taking certain opportunities may lead you to that ultimate goal, as long as you are willing to learn, and be an open vessel. Actress Jenifer Lewis, said it best, “The Elevator to success is broken, take the stairs.”

Let’s say your best friend was visiting the area and you wanted to show them the best time ever. Where would you take them? Give us a little itinerary – say it was a week long trip, where would you eat, drink, visit, hang out, etc.
So actually my best friend ShaShawna Johnson, did come to visit me, right before the pandemic lockdown. It was her birthday week and I wanted to show her a Good LA Time. Her first day as soon as she landed, we went to a Taping of “The Upshaws”, the show with Wanda Sykes, Kim Fields, and Mike Epps. It was actually the filming of their pilot episode. She had never been to a show taping before. One of the spots we had to stop and eat at was, City Kitchen Cafe in North Hollywood. They have one of the best brunch menus!! And for her birthday we had to go to Universal Studios. That was an all day task, and we rode every ride, and went on the Tour, it didn’t mean that much to me, but when you bring someone who is not around this life on the regular, it can really brighten up their day. A food spot I told her to try was the VeganExchangeLA. Now I’m not a vegan, I’m pescatarian. but one thing I say about Los Angeles, is that they undeniably know how to do good vegan food. Food that you wouldn’t expect to be Vegan. My friend wasn’t too excited to try Vegan food, but at the VeganExchangeLA, a food truck extravaganza on Sundays in North Hollywood, the options are endless, and we tore up that food, I know we had Carne Asda Fries, I can’t remember what else. And of course we had to go to the Beach. Venice Beach was a show within itself. You literally walk down and thoroughly entertained by all the great things you see. 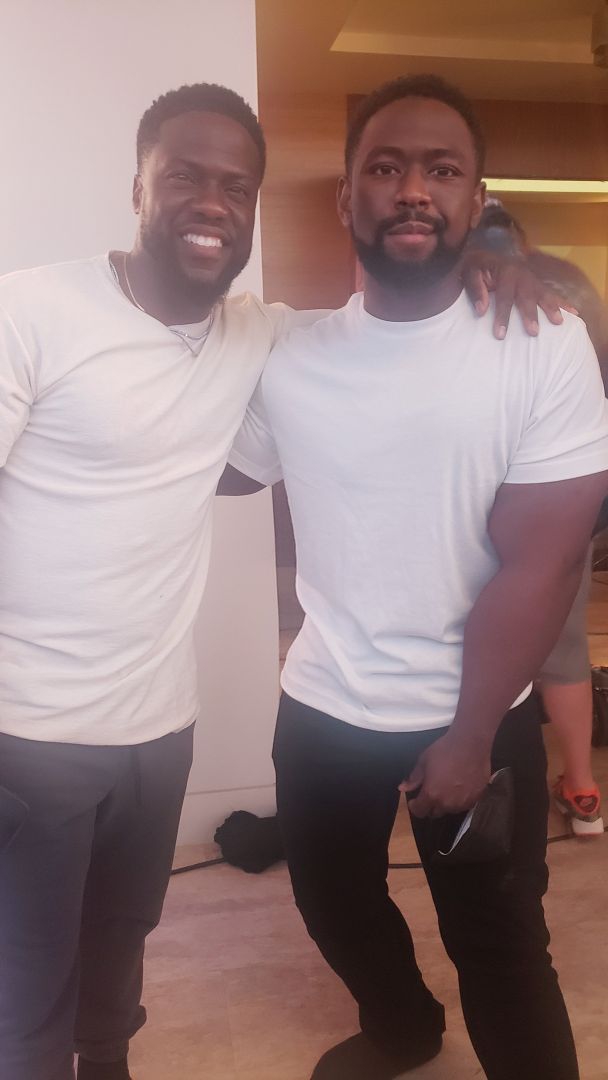 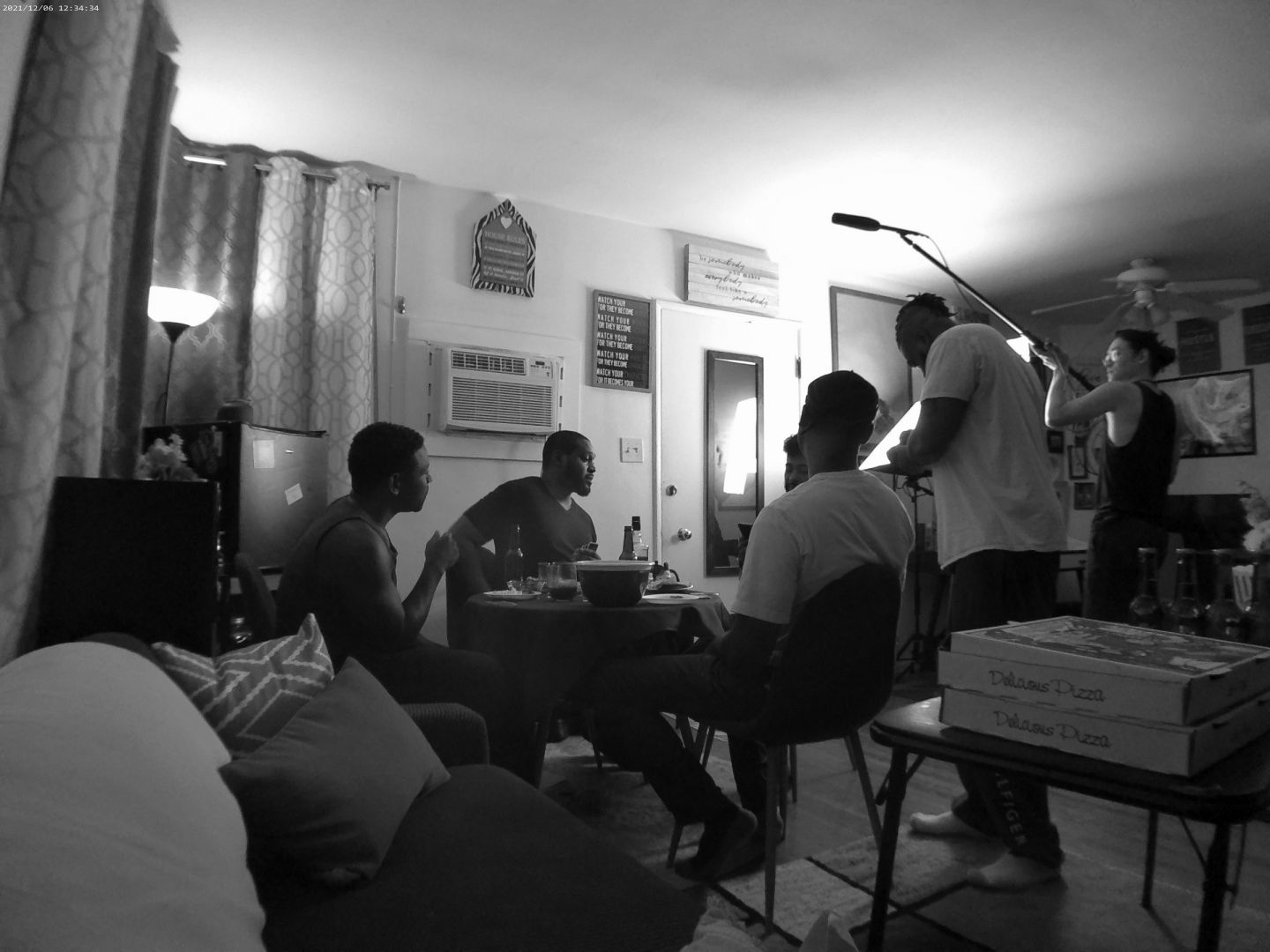 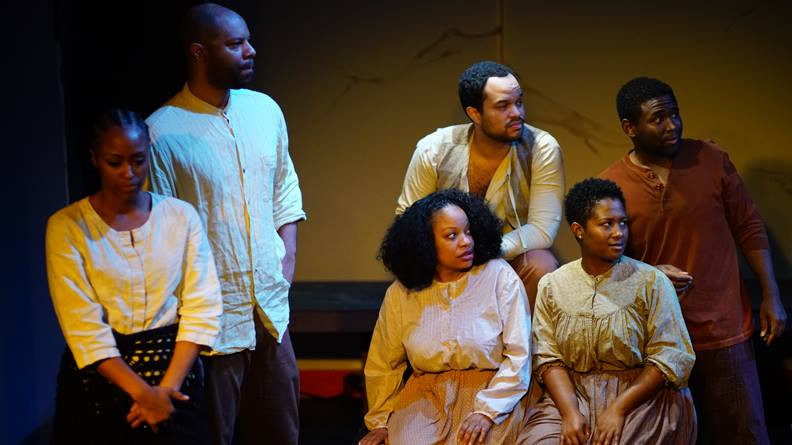 The Shoutout series is all about recognizing that our success and where we are in life is at least somewhat thanks to the efforts, support, mentorship, love and encouragement of others. So is there someone that you want to dedicate your shoutout to?
I am an actor, a thespian, and have done many plays and musicals over the course of my career, I have to shoutout my cast mates from the last musical I did, back in 2018. The production was “Dessa Rose”, a musical by Lynn Ahrens (Ragtime, Seussical, and Once On This Island) produced by Chromolume Theatre, directed by James Esposito. Out of all the productions I have been apart of, this cast was truly phenomenal both on stage and off stage, and I still have a relationship with most of them today. I’m apart of a Podcast written and directed by Matt Mancuso and Claire Pollock entitled “Agents Declassified”, who part of the cast. There’s also Kymberly Stewart, an extraordinary Children’s Artist, who was recently featured in VoyageLA. And then there’s Maya Sh’von, a singer’s singer, who can bring a house down with her talent and her infectious spirit and personality, she has performed all over the world, currently working with Gospel Artist, Fred Hammond. I could on and on about each cast member and their accomplishments, but it’s deeper than just accomplishments and the accolades, with this core group of people. Even after four years, we still support each other and are there to help each other, with each other’s project. Why, because we recognize the talent, the compassion, and the spirit that is within each of us, and when you’re on a creative journey, you truly desire to have people around you of good energy, that won’t disrupt the creative process with ego or ill mannered ways.

Meet Desireé Duffy: Founder of Black Château, Books That Make You, and The BookFest®