We had the good fortune of connecting with Frank McComb and we’ve shared our conversation below.

Hi Frank, can you walk us through the thought-process of starting your business?
I started Boobeescoot Music because I had no luck with the two major record labels I was once signed to. My fans affectionately describe me as “Stevie Wonder and Donny Hathaway meets Herbie Hancock and George Duke”. I write and literally record, edit, mix, and master all of my own music, One would think that a major record label would jump at the opportunity to sign me right away, but it was quite the contrary. The first record label I signed to never got a record out on me due to politics. The company was bought out by an even bigger company thus causing the “little artists” like myself to be overlooked and forgotten about. The second record label signed me, released my debut CD “Love Stories”, but refused to support it because, again, of politics. There were internal issues within the company that I had nothing to do with, however, I suffered the consequences for it. “Love Stories” was recorded in 1998, sat on the shelf all of 1999, and finally released in March of 2000 after numerous meetings to get the label to release it. Though it was released with no record label support, fans caught on and here we are 22 years later… people are STILL talking about “Love Stories” as though I released it this year. So, to answer your question, I didn’t want to make a career of chasing record labels, so I decided to create one of my own and be the only artist on it. Being the only artist on my own little imprint, Boobeescoot Music, was inspired by the Isley Brothers. They didn’t want to record the same kind of music everyone else recorded and they wanted to control their own careers, so they started T-Neck Records, got distribution, and did things for themselves. I was also inspired by Prince who, while working with him, encouraged me to “go all the way” with my independent career. He strongly believed in me. 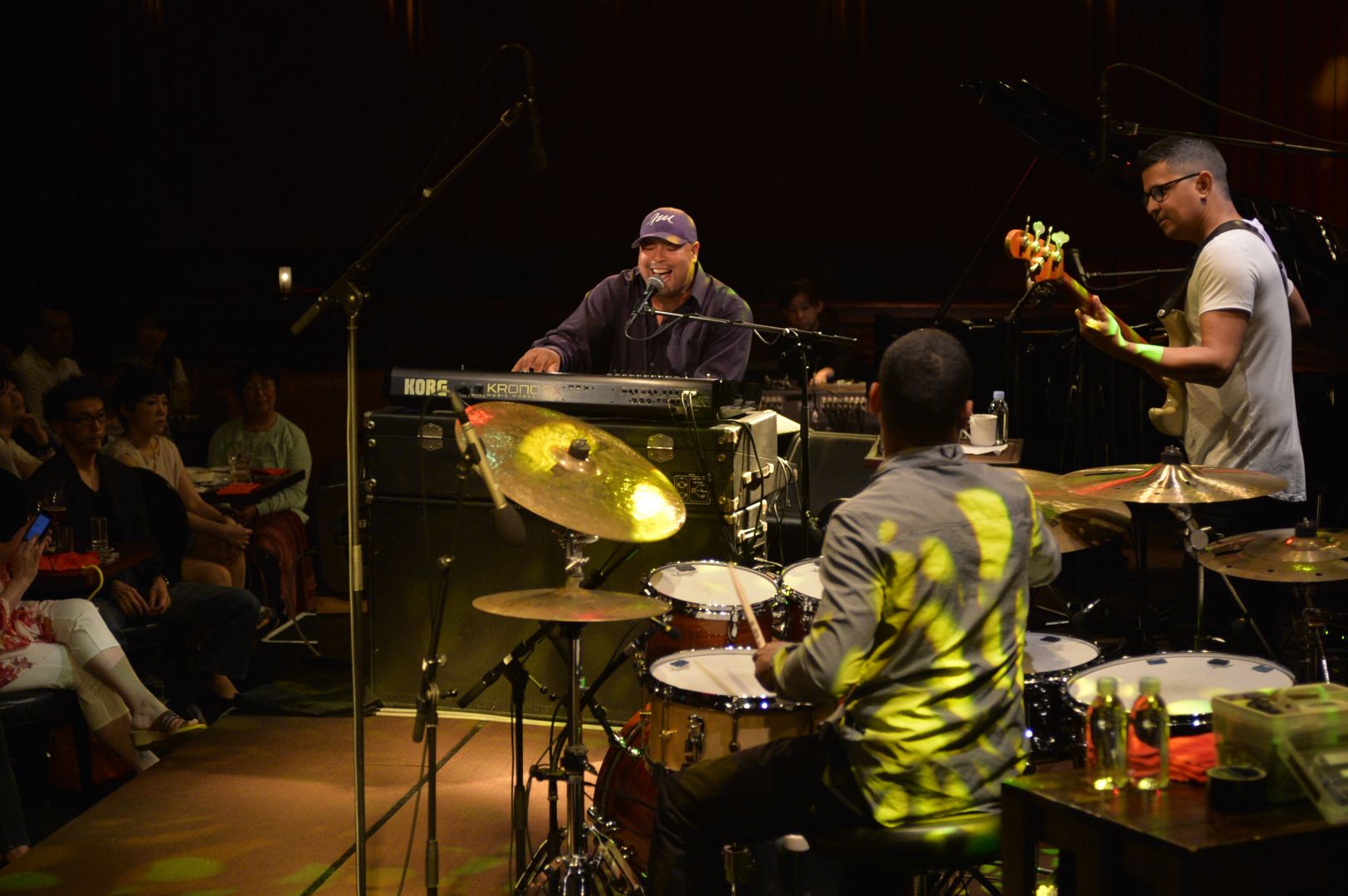 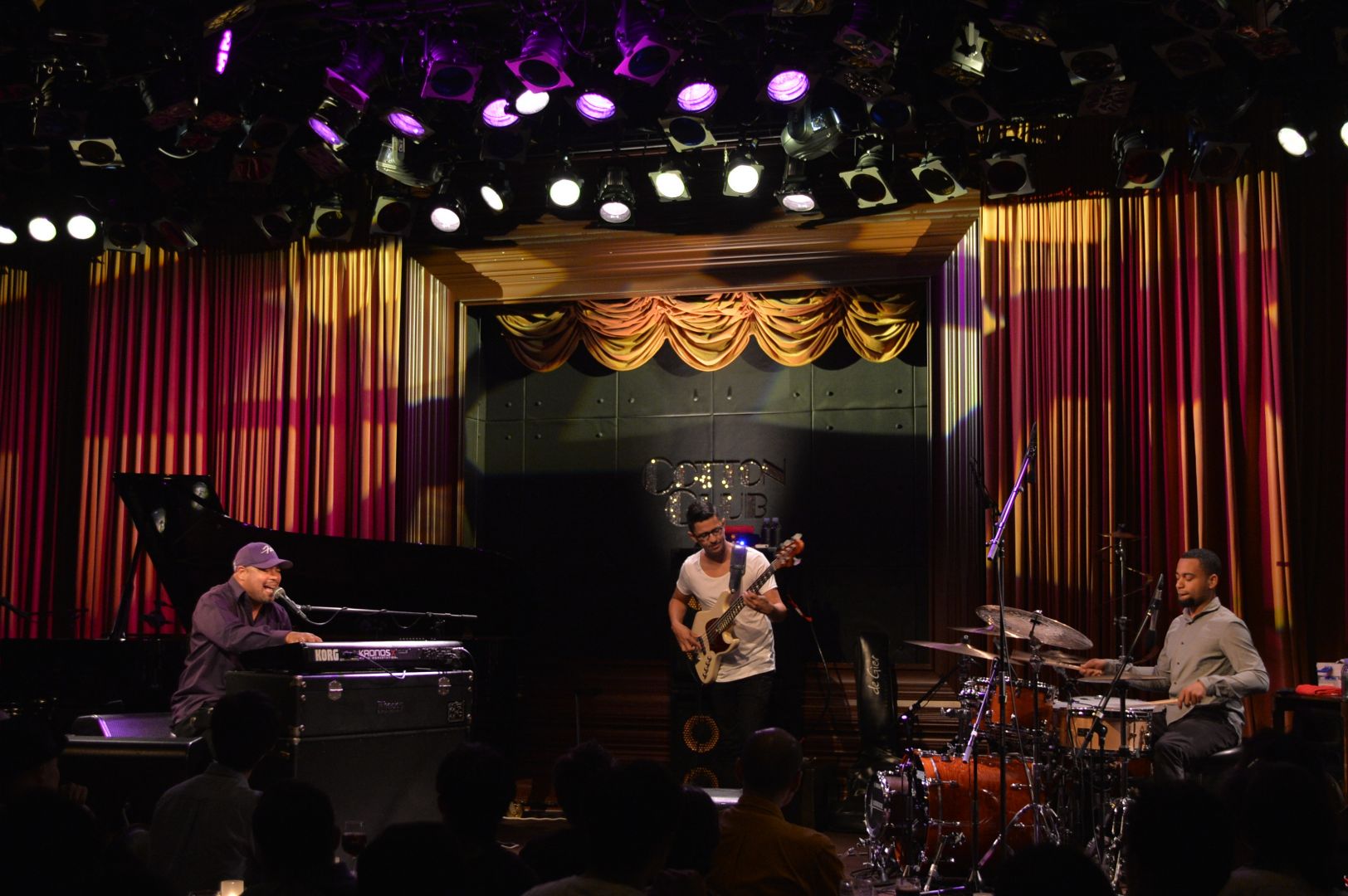 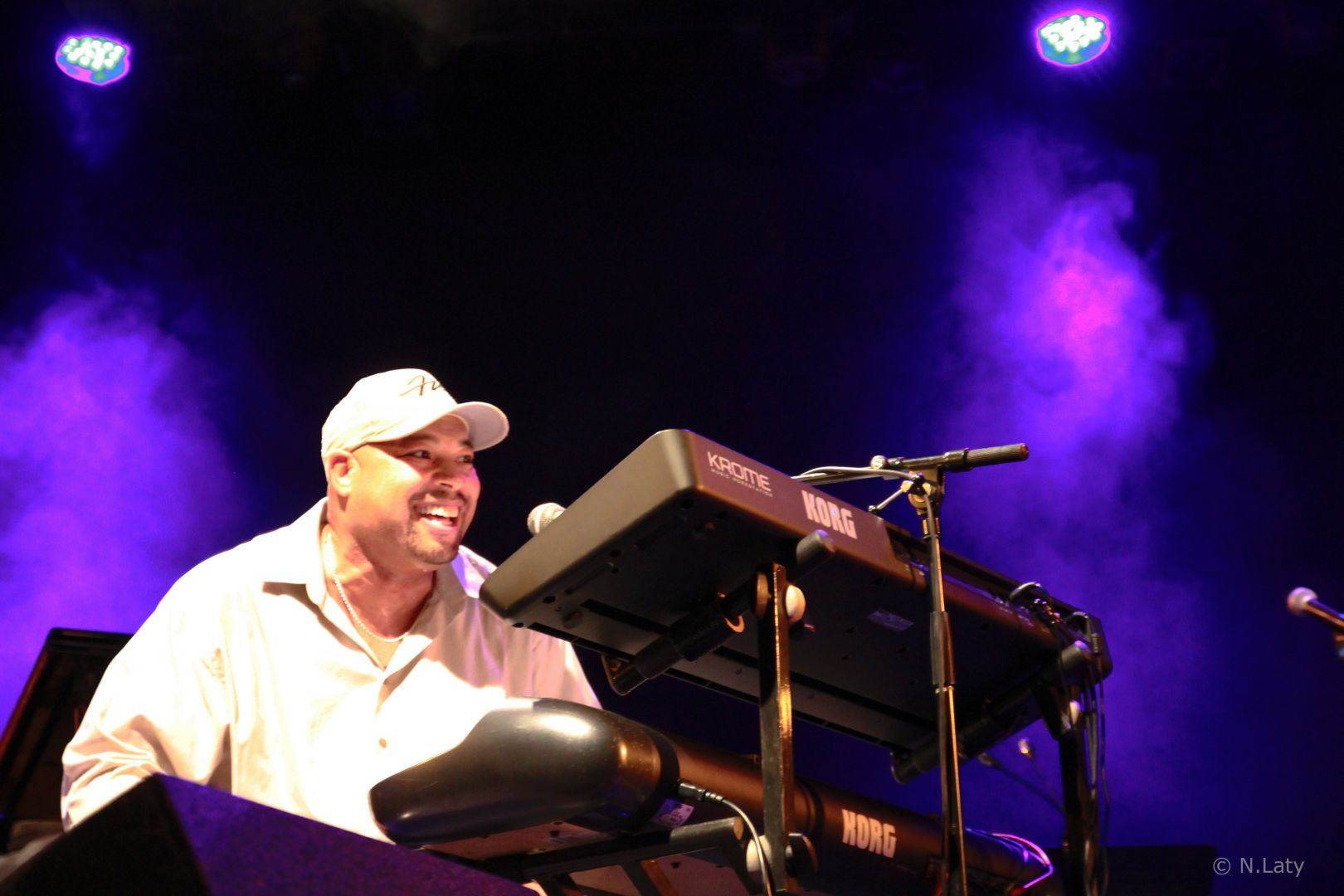 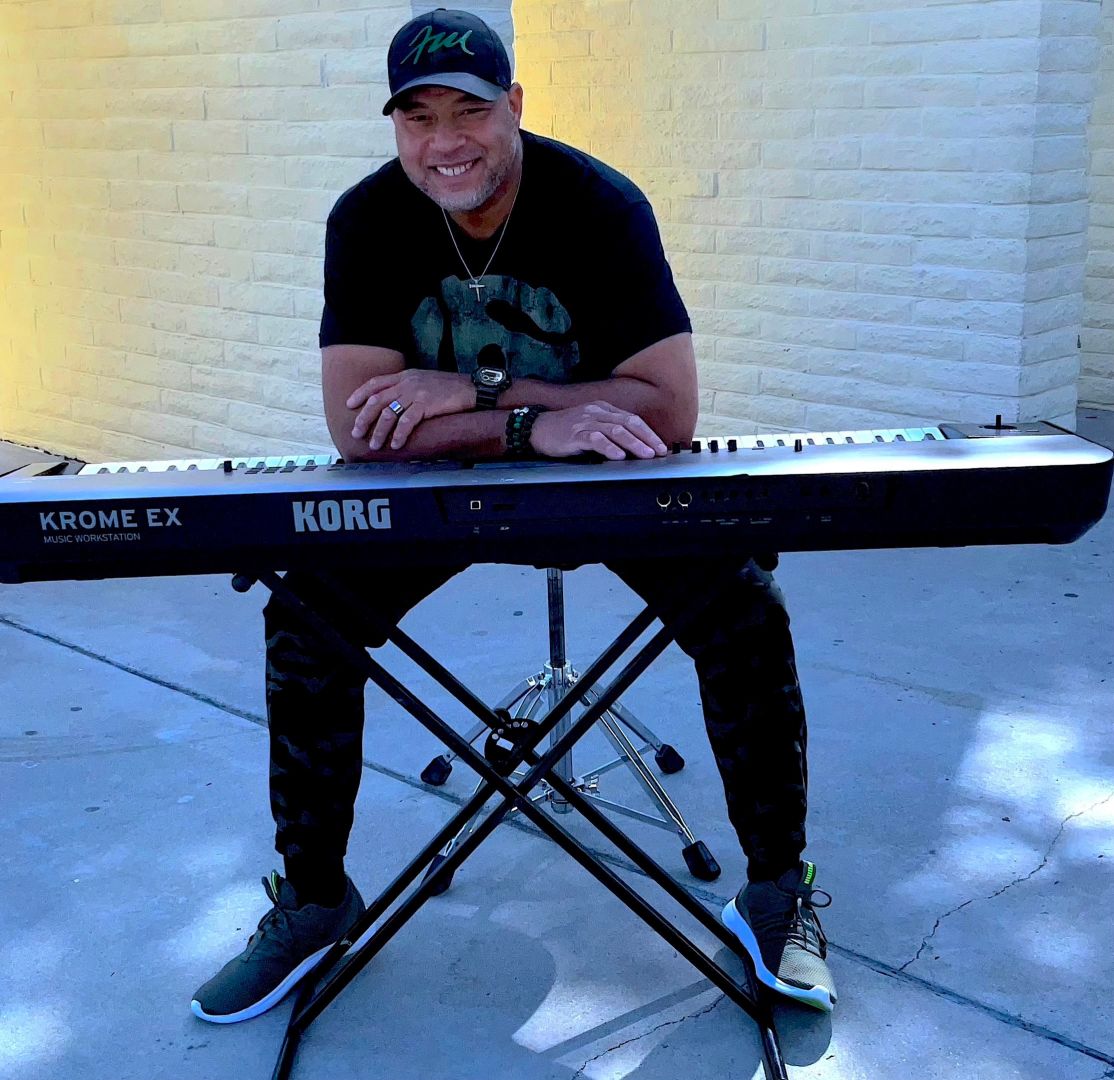 What sets me apart from many artists today is that I’m 100% self-sufficient. I literally write, record, edit, engineer, mix, and master my own work. I sell my work directly to my fans. I record and edit my own promotional videos. I run my own social media. I’ve booked my own work (shows/appearances, recording sessions, etc.) since age 17, I’ll be 52 in July. I play piano (literally 3 hours of piano training) just as well as I sing which enables me to get work as a musician as well as a vocalist. I’m musically versatile allowing me to work with many artists in many different genres such as John P. Kee and Fred Hammond (gospel), DJ Jazzy Jeff and the Fresh Prince (rap), Prince, Chaka Khan, Maze featuring Frankie Beverly, Teena Marie, The Rude Boys, Levert, Kenny Gamble & Leon Huff, and Teddy Pendergrass (just to name a few in r&b), and Branford Marsalis, Najee, Terri Lyne Carrington, George Benson and George Duke (jazz/r&b). I entered the music business as a mainstream recording artist, but politics and lack of record company support forced me into becoming an independent recording artist. I was convinced that I could do this after discovering someone bootlegging a project I had recorded back in 1995 in the UK for 25 pounds (₤25.00 = $50.00 at the time) as a hand-packaged CDR. It was then that I decided to do the same thing for myself that he had been doing against me. I placed 12 songs on a CDR and duplicated it in my computer one CD at a time. I called the project “Straight From The Vault” and sold them at my shows, and distributed them to my cult fanbase by old school mail as I received mail (email) orders. “Straight From The Vault” was the first of my many projects that I solely recorded completely on my own and it won me my first award- “Best Album of the Year” for the reputable soul music website SoulTracks.com.

It wasn’t an easy transition, and even today it’s not always easy because it takes financial support and the support of people who really believe in you to sustain. Three very important lessons I’ve learned are:

1. Learn every job there is to learn about your field and do them to the best of your ability. Find people that can assist you in covering some of those jobs for/with you. You can roll up your sleeves and do the job yourself so that your ship doesn’t sink should you and that person part ways.

2. Keep dream killers far away from you. Never share your ideas publicly or with people who aren’t in your close circle… or not with anyone at all until the proper time. Never let anyone talk you out of your passion if you KNOW you were called to do the very thing you’re passionate about.

3. Live a practical lifestyle. Count your money for yourself. Be in control without being a control freak.

I want people to know that I EXIST… and others like me exist. The gifted are always overlooked or tormented (Phyllis Hyman, Donny Hathaway, Marvin Gaye…) and it doesn’t have to be this way thanks to today’s technology. Use today’s social media tools to do your best to be heard and to be seen!

Any places to eat or things to do that you can share with our readers? If they have a friend visiting town, what are some spots they could take them to?
It’s pretty “LA” to visit the Hollywood Walk of Fame and to see the Hollywood sign, so I would do things a bit differently. I would take a guest to Vibratos for great live entertainment and food, drive them to San Diego and LaJolla to visit the Cove, drive them to Temecula for wine tasting, go to Huntington Beach to burn a bond fire, to Hollywood Park for a picnic, and to Big Bear to visit Grizzly Ridge Tube Park. 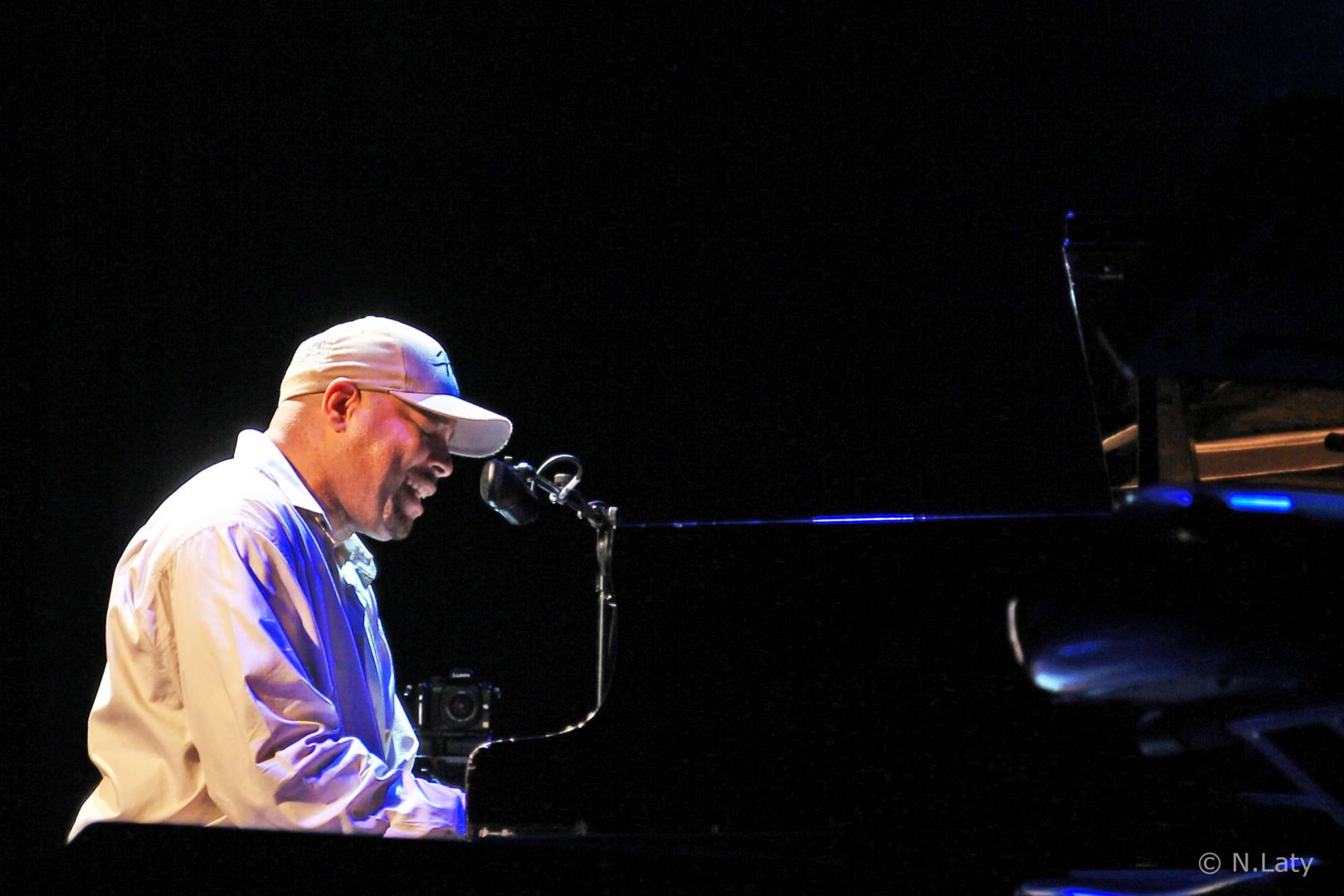 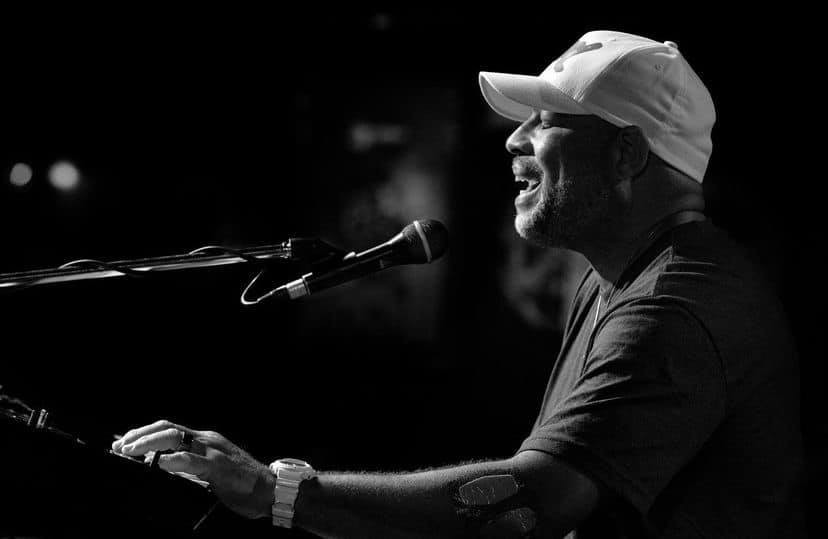 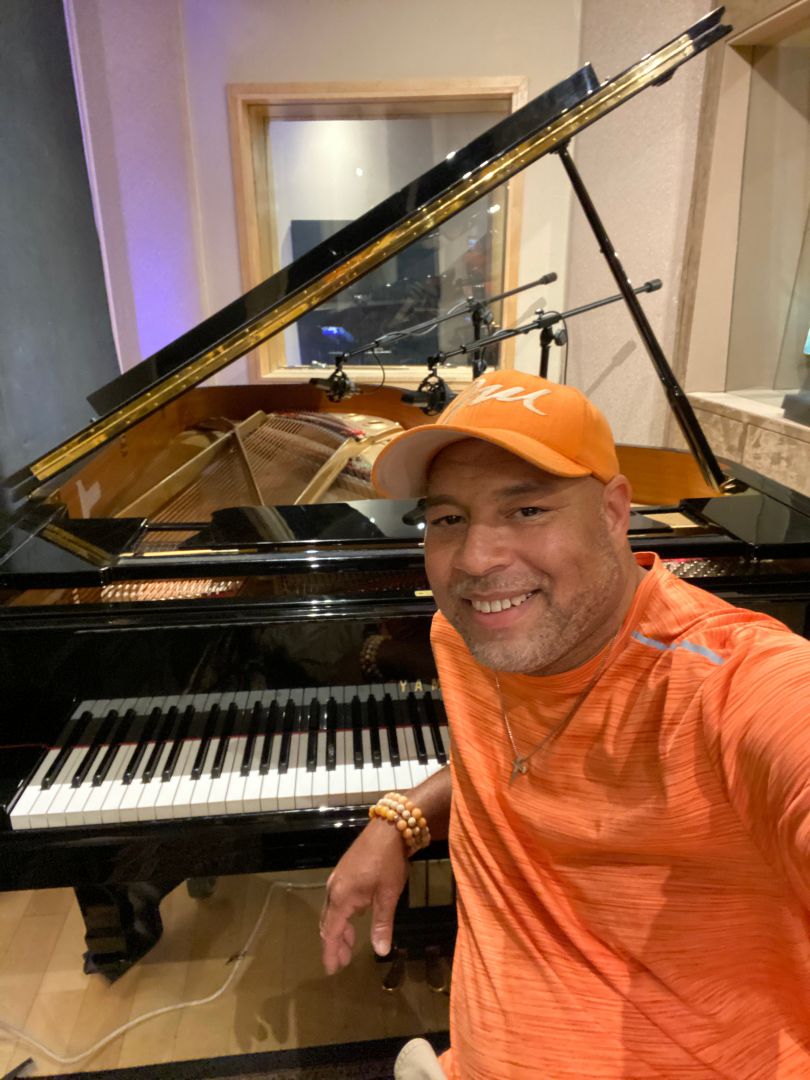 Shoutout is all about shouting out others who you feel deserve additional recognition and exposure. Who would you like to shoutout?
Shout out to my wife for 29 years of support, my kids for their endurance while raising them in this industry, Prince for his encouragement, Steve McKeever for signing me to Motown/MoJazz, Branford Marsalis for getting me signed to Columbia Records (wasn’t their faults that things went the way they did…), to the companies I endorse- Korg Electronics and QSC Speakers/Mixers for believing in me as a recording artist who records his own music, to every promotional outlet who’s ever supported any of my work (Shout Out included!) as none of my work has ever been properly serviced to any radio or video outlets, to every talent buyer who’s ever booked me for any shows throughout my career as I’ve never had a booking agency (I’m self booked), to every musician who’s ever played shows for me, to all the recording artists who have worked with me over the years and allowed me to work on their projects with them, and lastly, to every fan who’s supported my music in any and every capacity.

Other: Stream/Download my music at www.FrankMcComb.BandCamp.com Become a Frank McComb patron at www.patreon.com/FrankMcComb