We had the good fortune of connecting with Keosha Griffiths and we’ve shared our conversation below.

Hi Keosha, we’d love to hear about how you approach risk and risk-taking
Risk taking has played such a large part of who I am in both my life and my career. I would say the biggest risk I’ve taken so far, has been moving out of the state of California. I moved out of California in August 2012 to start my Graduate degree work at The University of San Antonio. I moved to San Antonio, knowing precisely 4 people in the city and starting graduate school work. Oh yeah, and I did not have a job at the time. I’m not sure if it was a leap of faith, a quarter life crisis or just a part of taking a huge risk. I was not sure if I would succeed in my graduate school work. I was not sure if I would find a job. If I would even like San Antonio, having only lived in California my whole life. And I look back now, so appreciative of myself for taking that risk. Sometimes we are so used to something, that the thought of taking a risk – is enough to stop us from even starting the steps to take that risk. However, I have learned that if you do not try, you’ll never know what you can do. After graduating with my master’s degree, I fearlessly took a job Upstate New York upon graduating. After that, I took a job in New Orleans – having never visited the university or heard about it, but knew that if anything – I wouldn’t know if I didn’t like if I did not try. I think about my life that way and Im appreciative of myself for continuing to take those leaps, and step out of faith. When I think about the risks I’ve taken with Osha’s Kitchen – that was all on faith. I wouldn’t even call it a risk. I was not sure if I would do well. If people would like my products. If I was entering into a saturated field. There is a whole aisle dedicated to cookies in Target, so why would someone want to order from Osha’s Kitchen? But before I stopped myself from talking myself out of it – I told myself, I wouldn’t know unless I actually took that risk and stepped out on faith. I did, and I have for the past two years been stepping into every risk – into every instance of faith, ready for what is to happen. Most recently, I decided to start a subscription box. Thinking to myself, who doesn’t want cookies on demand every month? Was I concerned that no one was interested? Absolutely. Was I concerned that no one would sign up? Yes. I had set a goal that by the end of the January, I hoped to have at least 10 subscribers for our Very Important Cookie Cookie, and by January 30th – I had all 10 subscribers. I think to myself, If I had let those fears of failure really talk to me – I would have failed before I began, and then I would have never known how awesome this VIC would have turned out. So when I think about risk, there truly is no risk – with no reward – as cliche as that sounds. And in this case, the reward is always sweet. 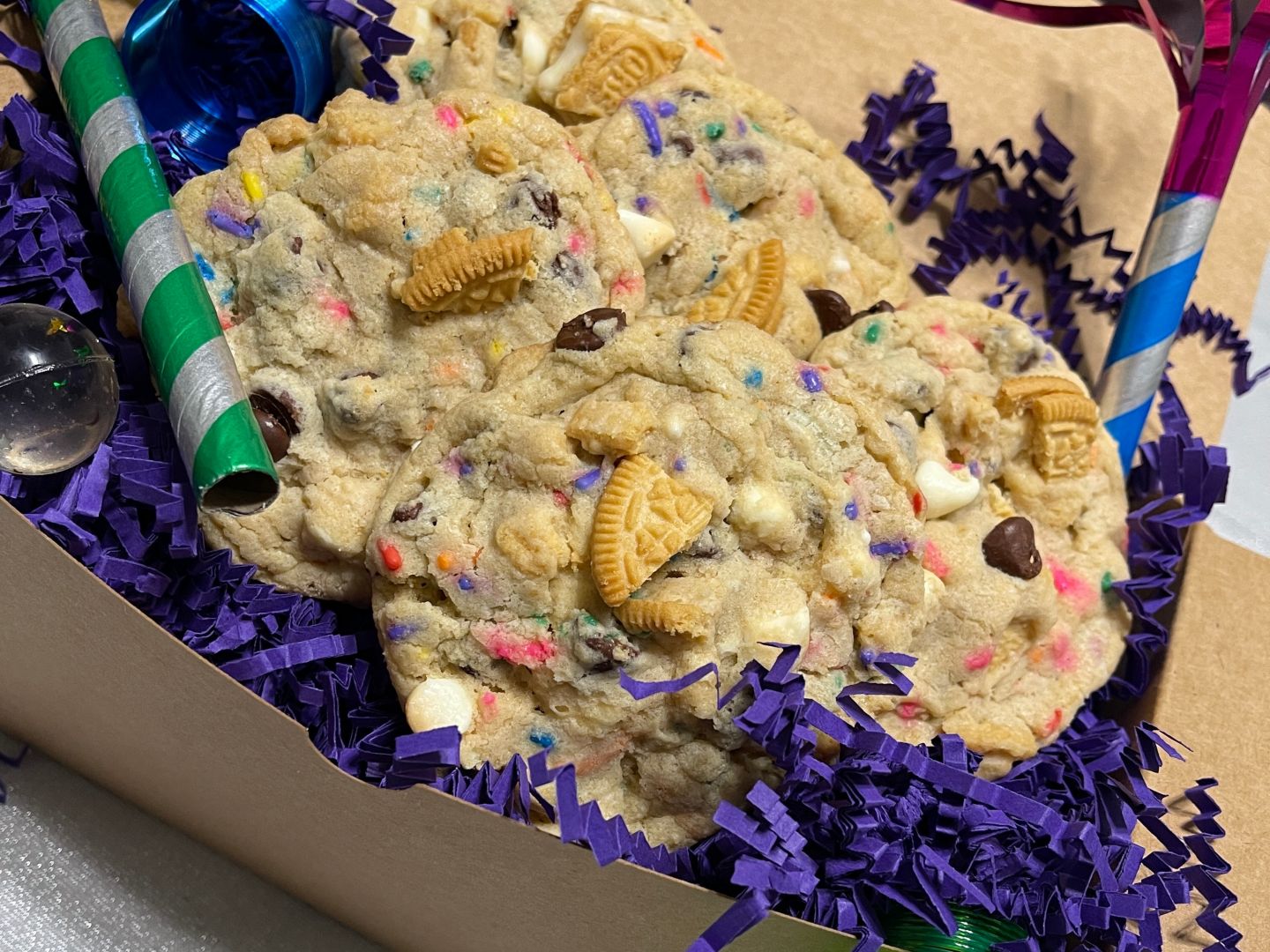 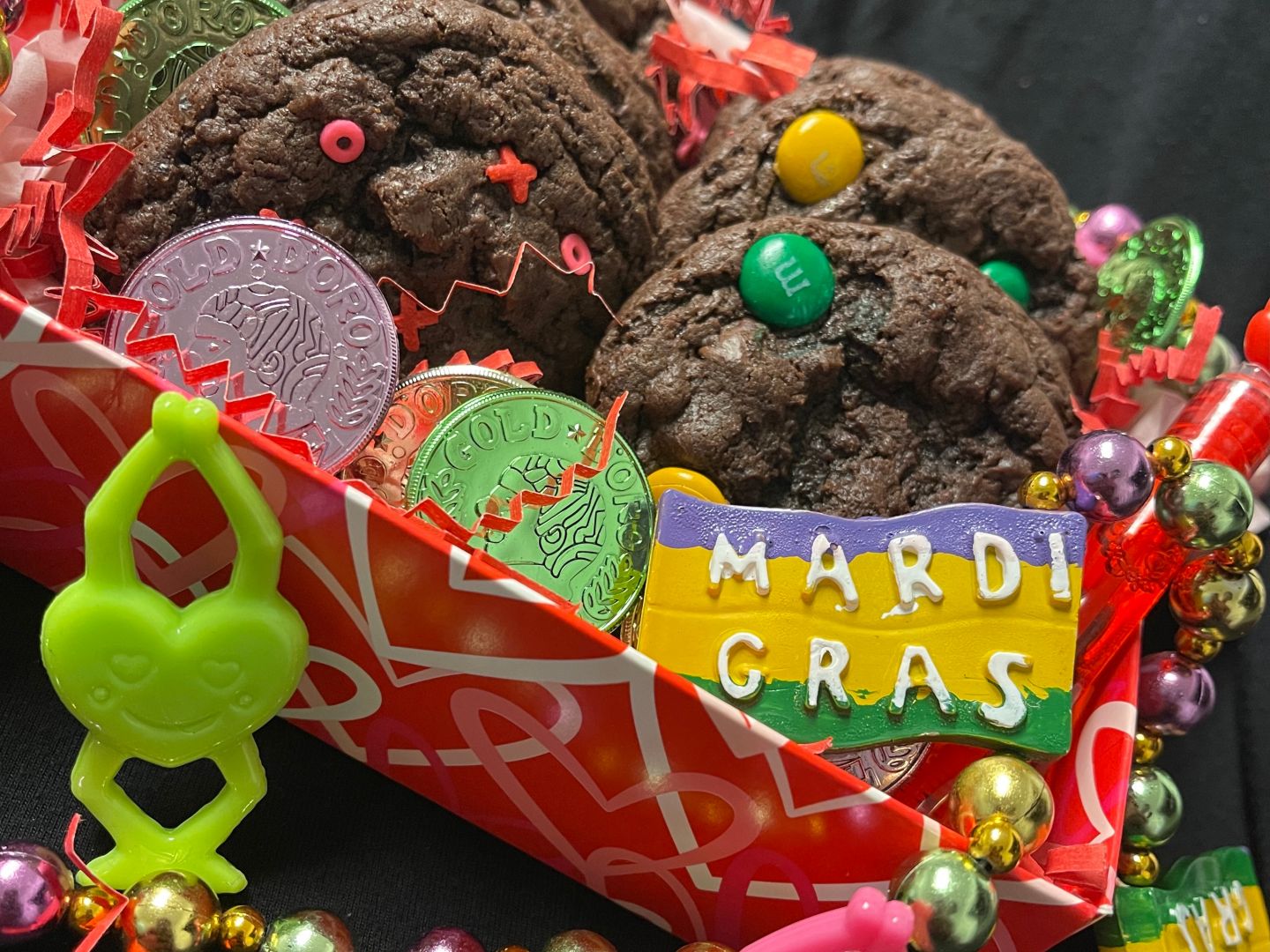 Can you open up a bit about your work and career? We’re big fans and we’d love for our community to learn more about your work.
In my professional career, I work as an Academic College Advisor supporting students through their upper division and Honors Thesis coursework. As a First Generation Student, I have always had a passion in supporting student to and through their college education, which is why I earned a graduate degree in Higher Education administration. I am most proud about starting my doctoral studies in getting a Doctorates in Higher Education, as I will be the first person in my family to receive all three degrees. The road to education was not an easy one. As I said, I was the first person in my family to attend a 4 year university, and it was so daunting and confusing at first. Many of my friends had family to assist them with their journey but I had to ‘kind of’ figure it out along the way. When I became a Resident Assistant during my junior year of undergraduate studies, I realized all of the resources that were available to students and really fell in love with Student Affairs. I went on to join Lambda Sigma Gamma Sorority, Inc, and join multiple clubs on campus. I overcame my challenges by reminding myself why I was there in the first place. I was there to find a community, myself but also to get an education. I had to remind myself often that I was not only counting on me to finish, but my village was also there to support me and counting on me to finish. I say village, because it was just not friends, but also family who were there supporting me. Along the way, and still to this day – I remember and tell my student often that it is alright to ask for help. If I don’t know the answer, we will work together to find the right answer and find a solution that works best for them. Closed mouths do not get fed, and sometimes we assume that the issue will go away if we just don’t talk about it – but it hinders us, then and in the future. I’ve taken this with me as my personal and professional brand because if I did not tell people that I was starting a baking business, no one would have known that I was starting it. If I did not ask for help, guidance of advice, I would not be where I am today. It truly takes a village in anything that you do, which is something that I’ve continued to remind myself in everything that I do. When it comes to supporting students, supporting my business and other businesses because I know what it feels like when you fear that you’re going to fail. But with a village, friends and support – you can do anything. Even if they’re strangers, your village has your back! 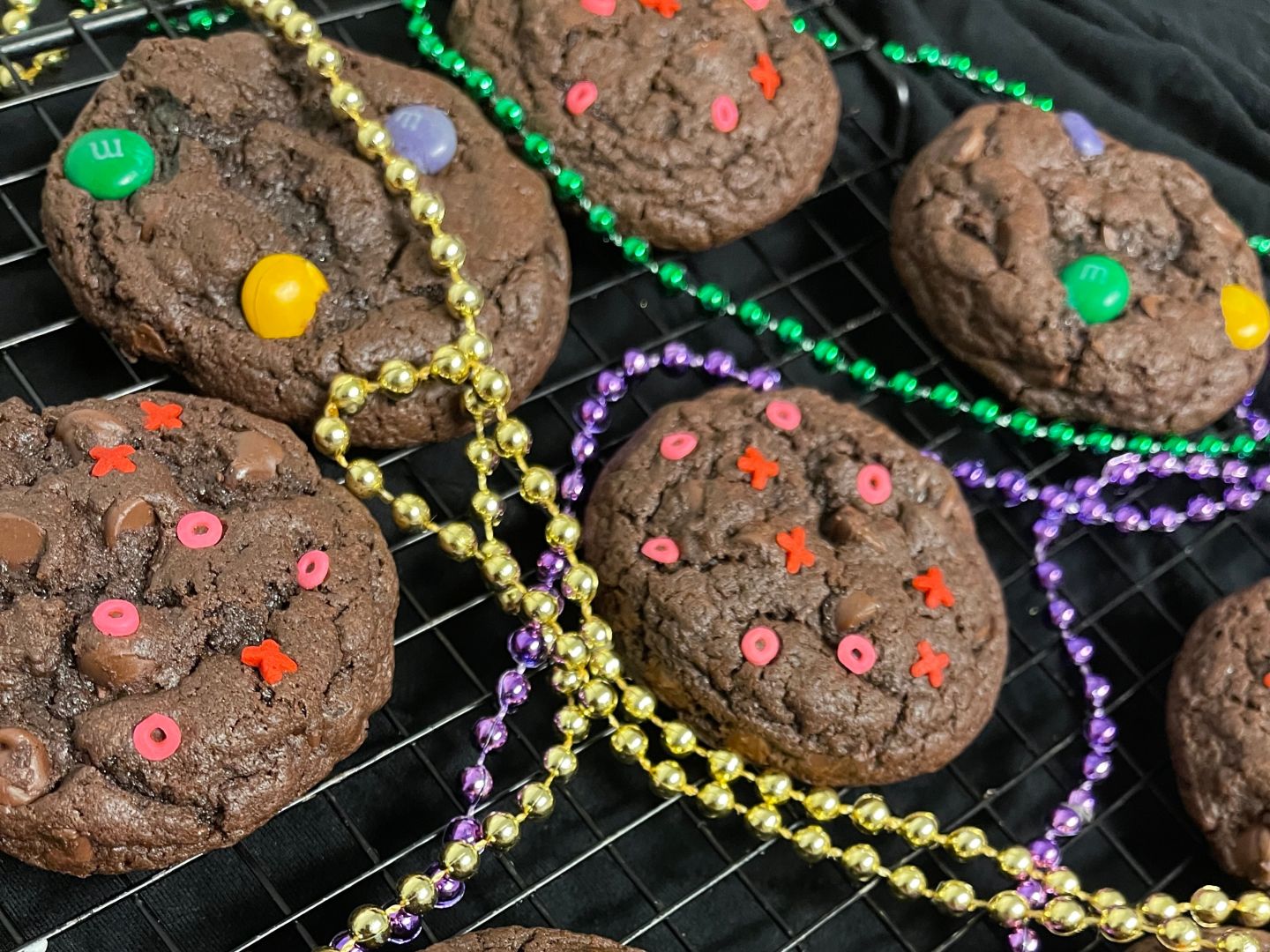 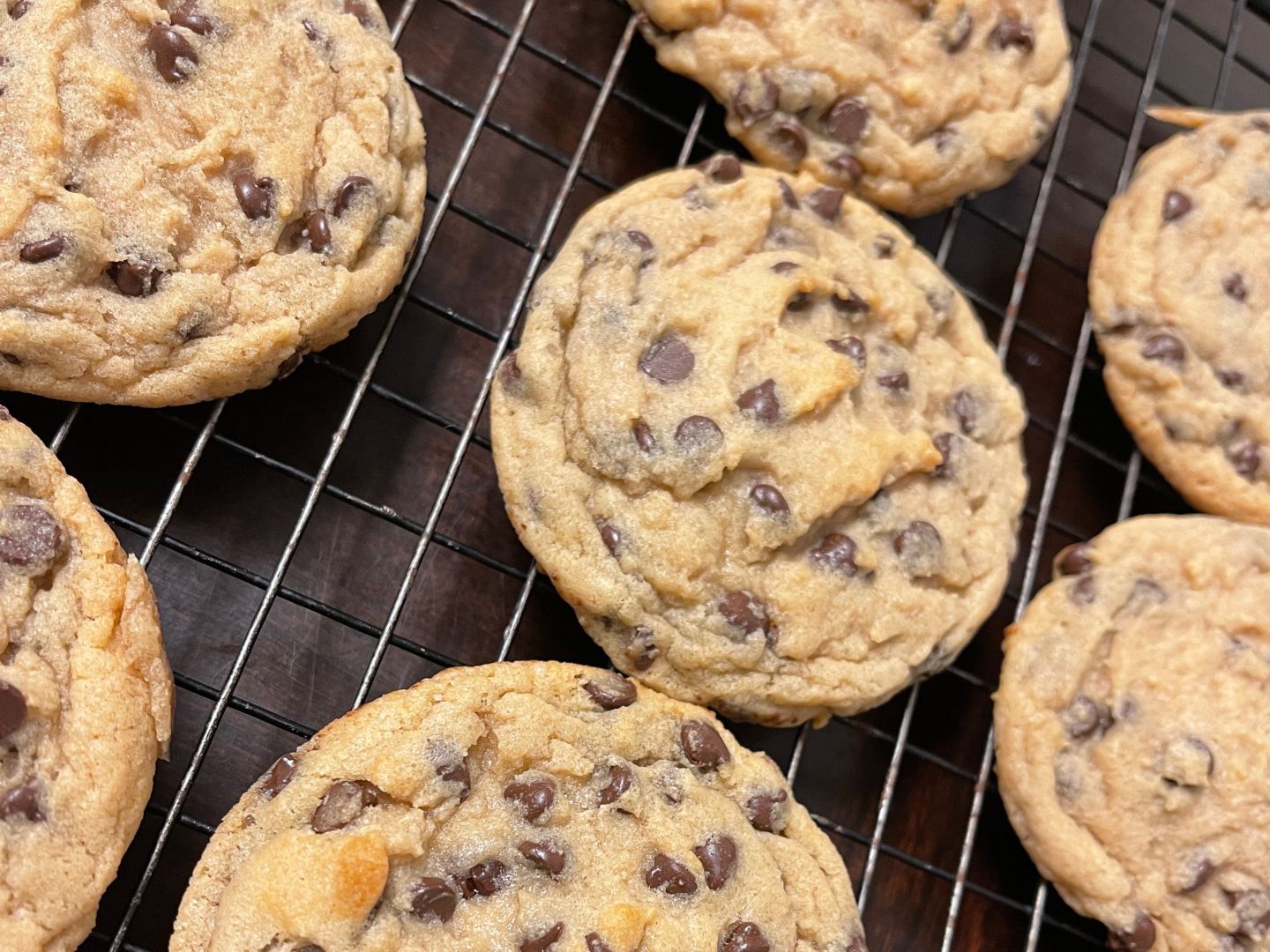 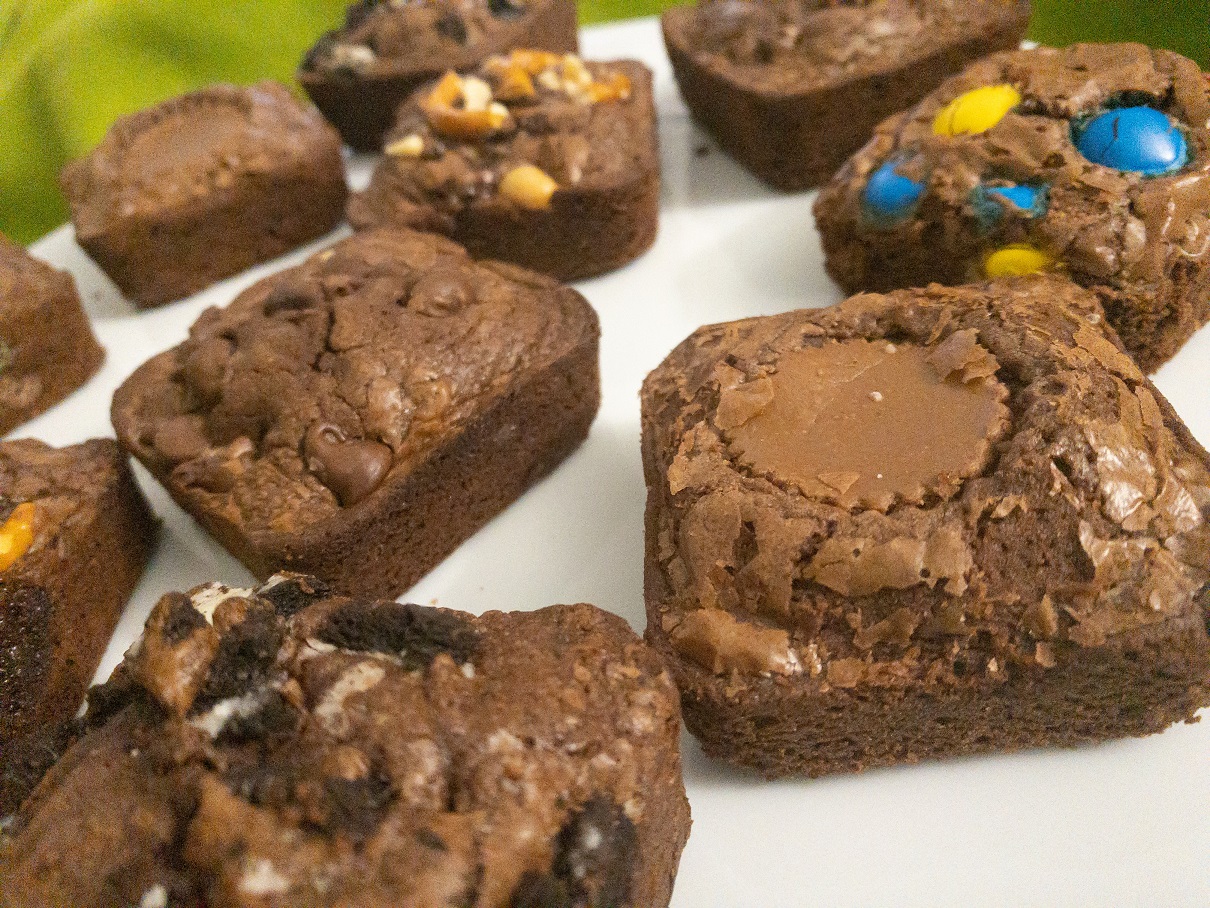 Who else deserves some credit and recognition?
My shout-out goes to my Best Friend, Vianca Tirado. We’ve been friends since we were 8 years old and she has always supported every crazy idea that I have ever had. Even where I have moved out of California. When it comes to Osha’s Kitchen, she has always been in my corner being the first person I told that I wanted to start a baking company and she said DO IT! It was her fiancee’s suggestion of starting a cookie subscription, and I kept putting it off and when I told her I was actually doing it – I could feel the excitement and support through the phone. She has always been in my corner and I want to give her a shout out. She also is a yoga instructor in the LA area. She’s awesome and is one of the biggest Yogi’s that I know.