We had the good fortune of connecting with LeRoyal Tutt and we’ve shared our conversation below.

Hi LeRoyal, as a parent, what do you feel is the most meaningful thing you’ve done for them?
I am a father to 2 young kids. My daughter is 4 and my son is 2. I feel the most important thing I’ve done is the understanding of what it means to be present with my kids. It would be so easy to be caught up in social media, or pursuing my goals and allowing technology to watch them. Especially during lockdown due to Covid-19. Last year, 2020, when the daycares closed and my job at Universal was placed on hold, I had to do daddy daycare. I set a schedule for them to continue their academics while hopefully teaching them social skills between them sharing, taking turns, and being empathetic with each other. When the parks opened up, it wasn’t “my time off”, it was play time with them and not being on my phone to allow them to run loose on the park. Granted my son is too young to be doing that by himself anyways, but there is definitely something in him and his sister knowing that I am also there to play with them. It is these moments while they are still young that I want to make sure I’m both physically and emotionally present with my kids. It is also this time that I get to see who my kids could turn into. Brave, courageos, kind, silly, explorers, fighters. I know this typically describes most kids, but certain characteristics stick out when we pay attention to our kids. 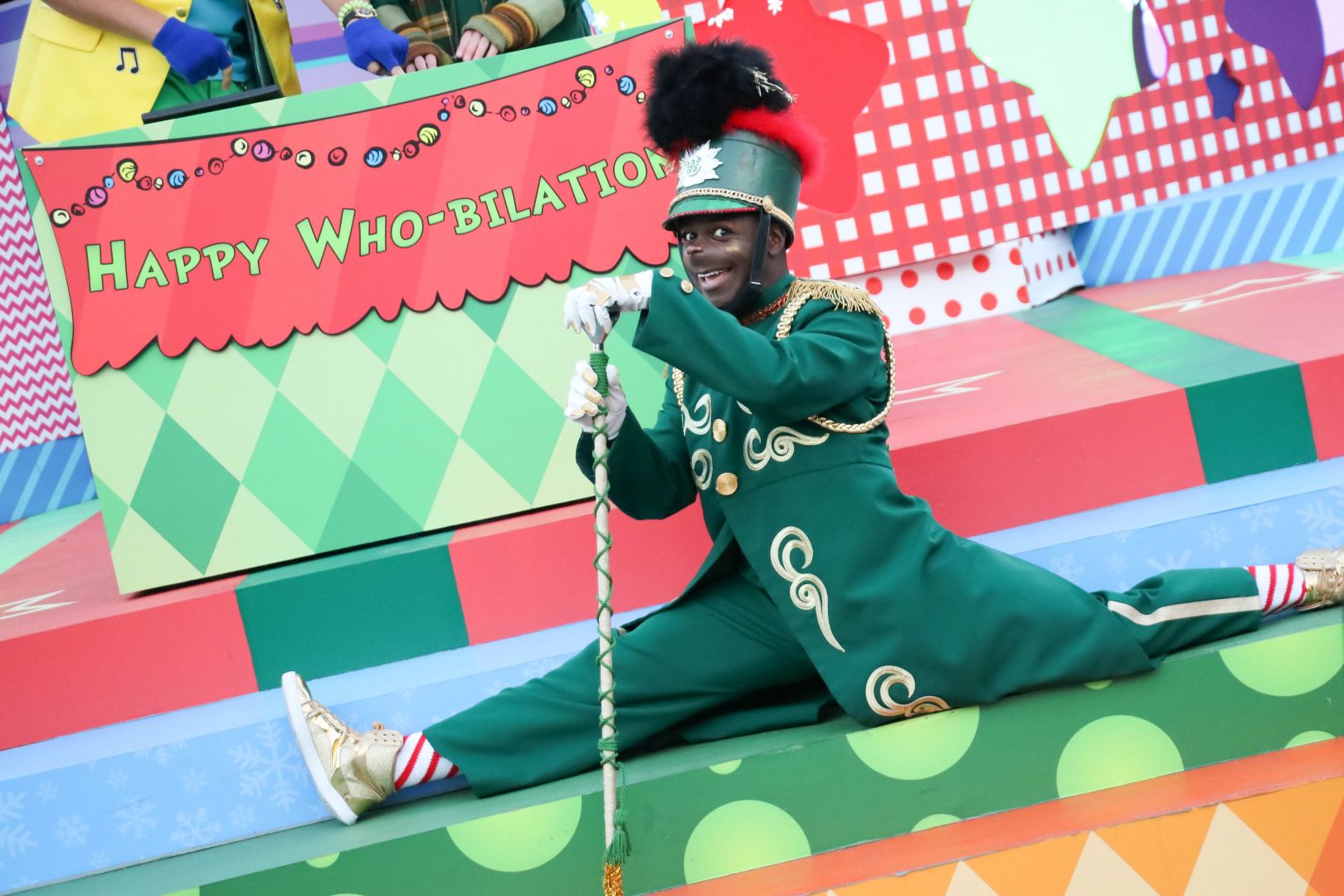 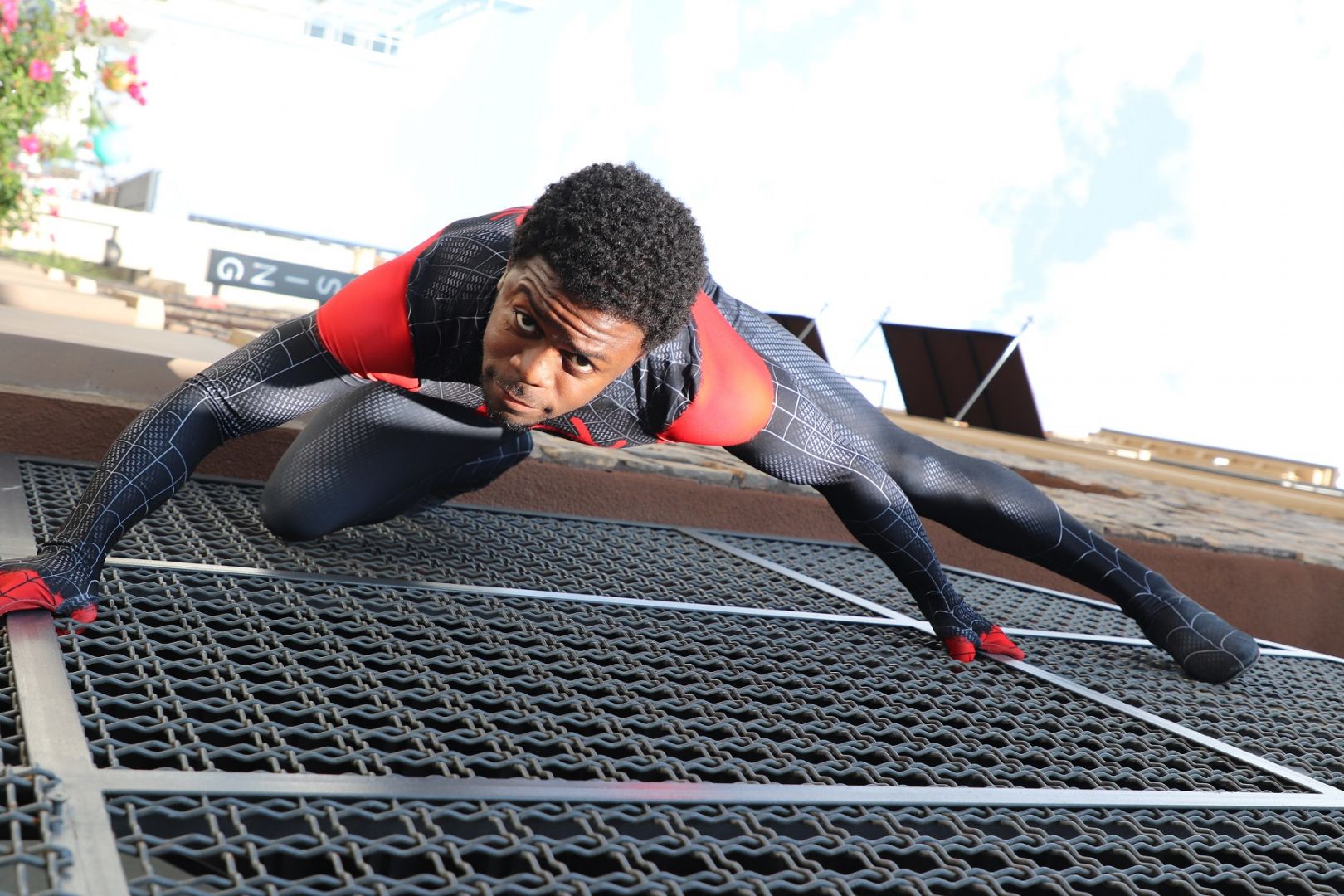 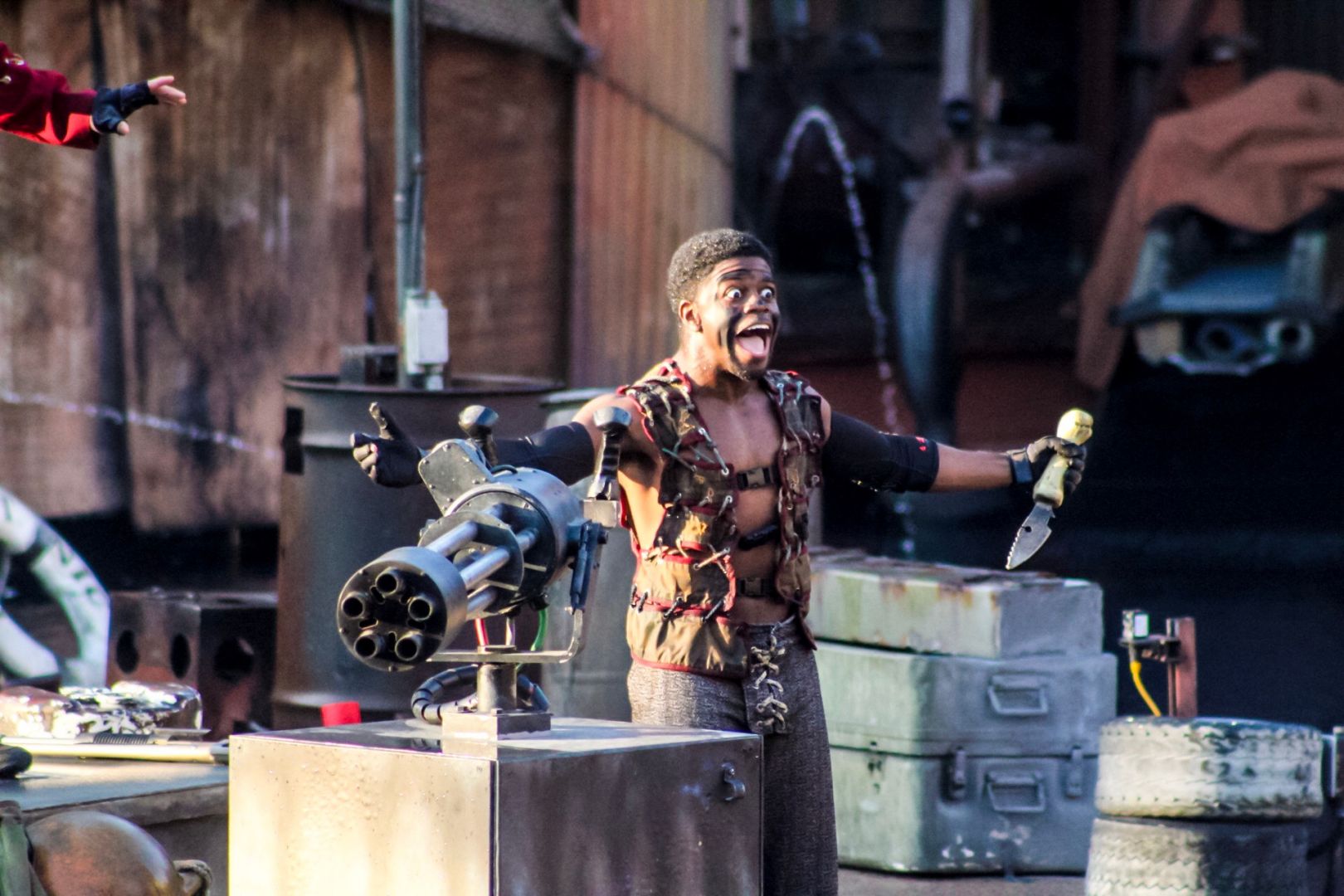 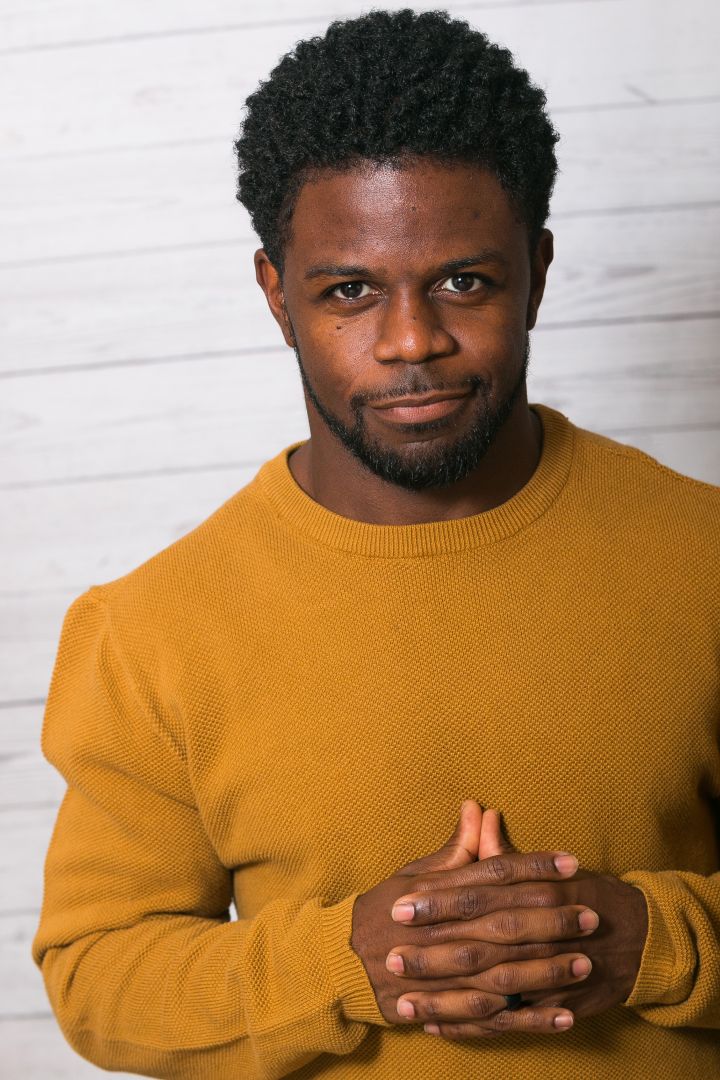 Let’s talk shop? Tell us more about your career, what can you share with our community?
I am a very expressionate performer. I believe I found the timing in going over the top, and being sublte though going over the top is more of my style. The great thing about that is having the advantage of bringing in all my energy to be more sublte while keeping the performance alive. I genuinely want to have a positive impact on others and leave them with a sense of happiness. I think that is due to my own experiences of pain and what I’ve been through personally. When it’s time to perform, sometimes I put myself in the audiences shoes. I’m never sure what someone could be going through, so my goal tends to aim towards wanting to cheer someone up or get them to believe in the space I’ve created, even if it’s them watching through a phone. I’m most proud of my Radiant Spider-Man 2 short film. This is the second fan film that I have under my belt as my own creation. From writing, editing, directing, choreographing the fights, mixing in the fight sounds. There was a lot that I solely did on my own, however for part two I did outsource some of the production. I can honestly say it is an upgrade from part one and I was very much satisfied with the outcome only to be looking forward to part 3. A lot of my journey is putting my foot out there and making the attempts, but also the greatness I’ve achieved have come through people knowing my character, believing in that, then reccomending to a project to help further my career. I’m very grateful to the connections I’ve made and that other people see something great in me. One lesson that is instilled on me though, is that no matter how hard you work, it doesn’t mean everything is attainable. Somethings I’ve had to let go of and it hurt my ego to do so. However in doing so, I understood to focus on other things that can be obtainable and to keep working hard. One hard no doesn’t mean I’m not a worthy creative person.

Let’s say your best friend was visiting the area and you wanted to show them the best time ever. Where would you take them? Give us a little itinerary – say it was a week long trip, where would you eat, drink, visit, hang out, etc.
I’ve worked at Universal Studios Hollywood and moved up in the ranks for over 9 years now. I would definitely take him there. On the entertainment side there’s a sort of fake VIP experience. It’s more so my friends wanting my guest to have a good time, and it feels like I have the hook up. When really if it was reversed and my friend had guests, I would do the same and make sure they had a great time as well. A time at Universal is easily finished in about 2 hours when you have a good connection with a few people there. Then we’d go to Mooyah Burger. a lot of people want In and Out, but really there are several places that are just as good. Eventually I’d take him where I would go to train stunts and 1, let him see the work I put into staying phycally active, and 2, sorta put him through the ringer to see if he can test his own capabilities. That first time back flip is a great boost to one’s confidence and I would want him full of the possibilities is endless. Next would be linking up with my podcast friends to have a sit down chat about life. Podcasts are a healthy way of expressing oneself. I’d probably get him into a game of dungeons and dragons. It’s more about seeing the world from a diverse view and not sticking to what we know. When that happens, I think people would have more of an appreciation on life. I also deliver for Amazon Flex from time to time. We’d most definitely do a ride along. I think lastly I would convice him to do a cosplay shoot. There is something powerful about seeing yourself dressed as a hero and having the pictures to say “You are awesome”! 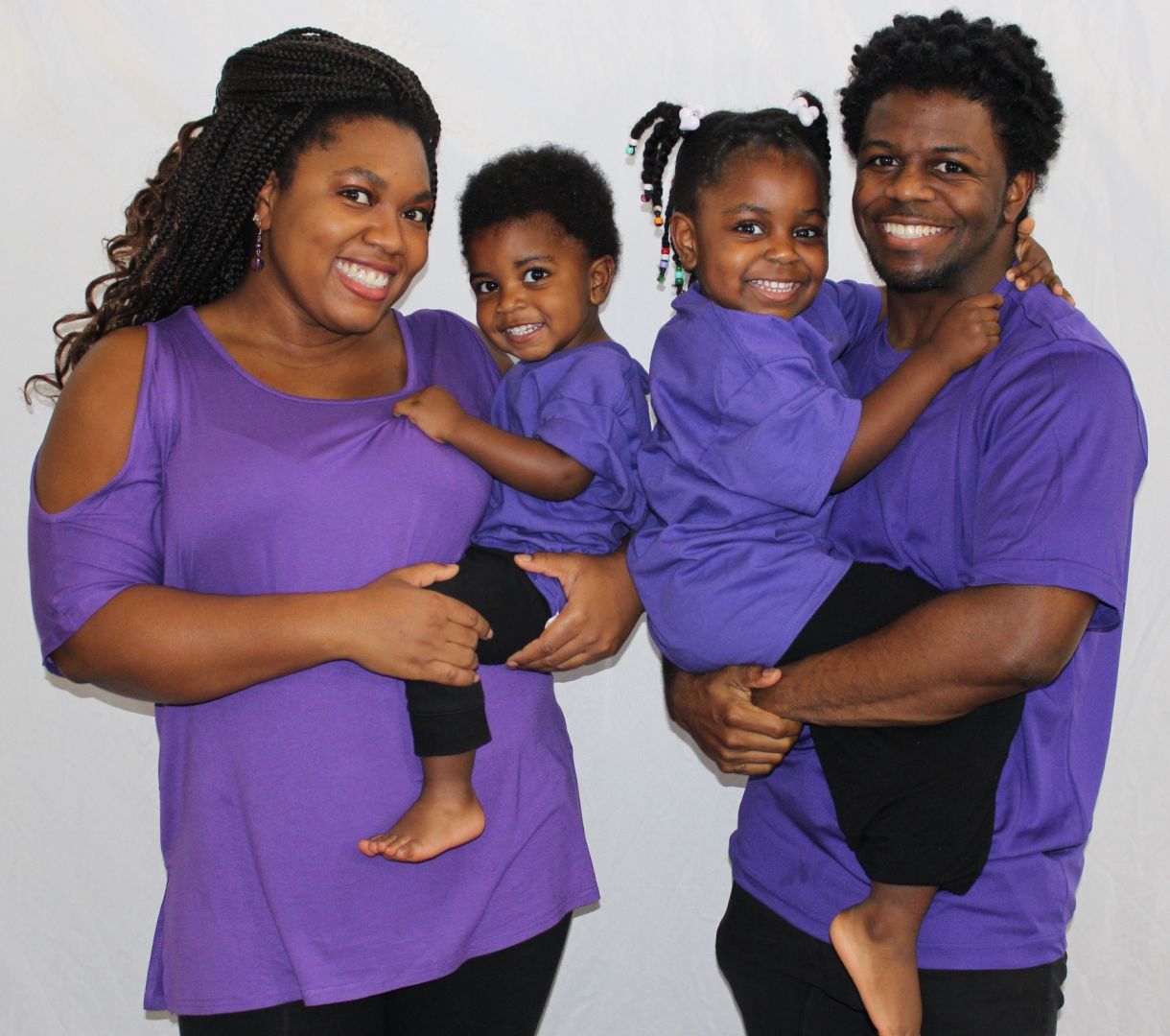 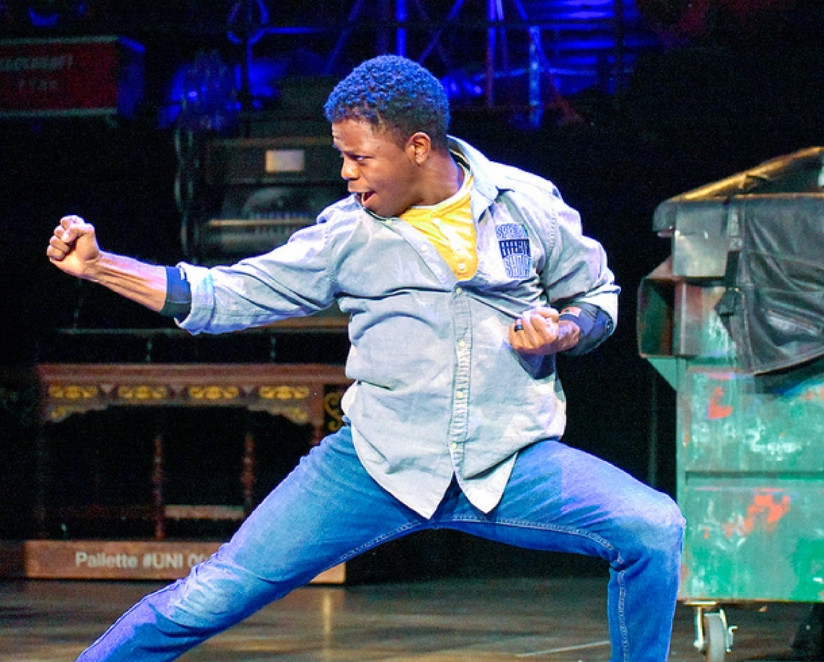 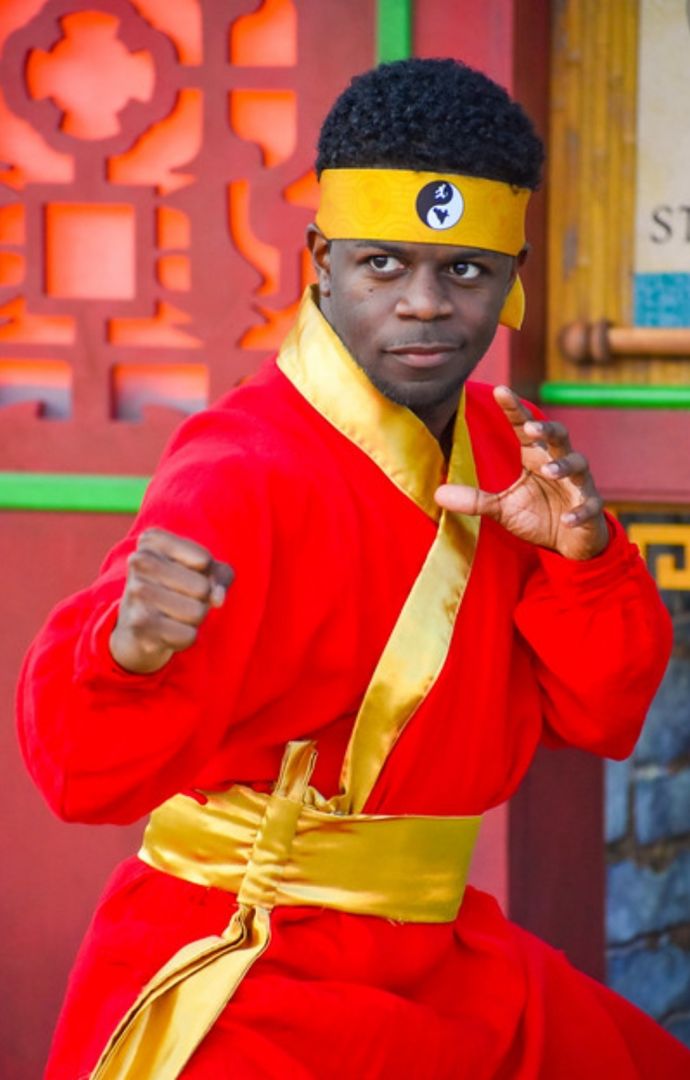 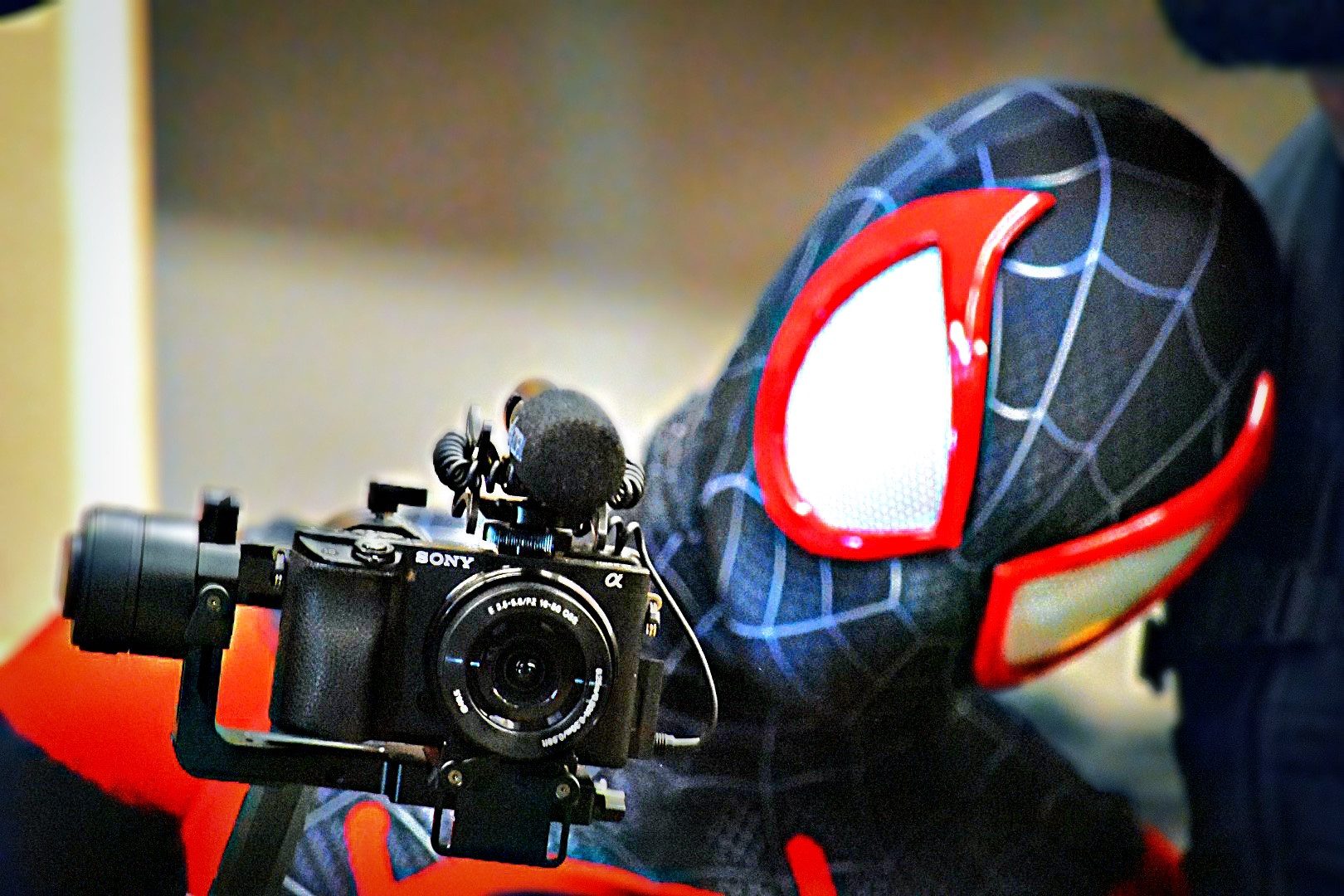 The Shoutout series is all about recognizing that our success and where we are in life is at least somewhat thanks to the efforts, support, mentorship, love and encouragement of others. So is there someone that you want to dedicate your shoutout to?
I most definitely would begin with my parents; Joseph Tutt and Symenthis Morris. They are a huge part to my journey and live up to the expectations of “biggest fans”. My wife, Jounique Tutt for the support of me going for it when it comes to things that I get excited about. I would say I have key people from my Universal Studios Hollywood family that have a direct impact on my success. There are many names that go into the varied parts of my success, whether it’s with acting, stunts, gaming, cosplay, and my podcast. Someone from Universal had a hand in it. From my childhood, I would say my football/wrestling coach, Coach Hall, who gave me a strong work ethic. My theater teach Ms. Boyd, for giving me the serious theater talk of choosing between sports and acting and encouraging me in that I can be a great actor in my own right. She honestly is blown away for that fact that I was able to mix the physical with the emotional side of entertainment being that I act and also do stunts.