We had the good fortune of connecting with Linda Taylor and we’ve shared our conversation below.

Hi Linda, we’d love to hear about how you approach risk and risk-taking
I think of risk as the opposite of apathy. The idea of trying, taking the swing versus not, what have I got to lose? Sure, releasing an album that costs thousands to produce may be met with a resounding silence, putting myself out there can, has, and will be met with a thousand yawns, but what’s the alternative? I learn from mistakes and failures as much as successes, so in that light it never feels like a risk. It just feels like an effort.

In my career, every time I put a guitar in my hands I’m taking a risk. I could suck. I could not get the gig. Get turned down. Take the career element out of it – I could discover I’m not the musician I strive to be, that maybe the talent and skill simply isn’t there. Even with that reckoning, well, I still enjoyed myself, I still played an instrument and participated in music to the best of my ability. 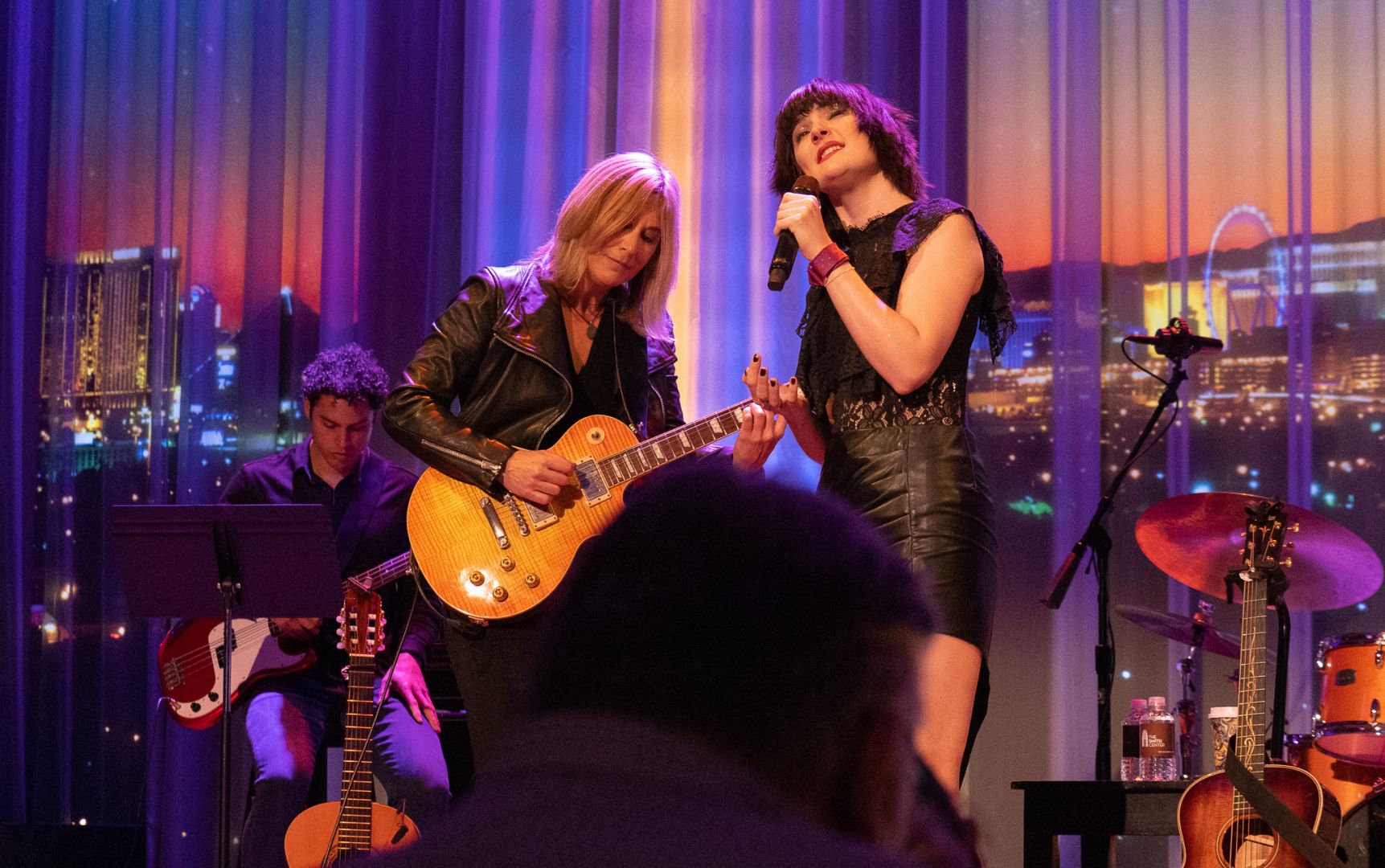 Can you open up a bit about your work and career? We’re big fans and we’d love for our community to learn more about your work.
I started playing guitar when I was 3, I’m not sure why as my family isn’t musical. I probably saw someone playing on TV. Variety shows were big and there was always live music, which was followed with animated versions of bands (The Jackson 5), and animated versions of fake bands (The Monkees, The Partridge Family…) so guitars were everywhere. Actually, I think all the animation was the same…

My parents made sure I started with lessons, so Mrs. Boslow would come to the house every week and teach me how to read and count along. She threw big recitals for all her students, so that gave everyone a taste of performance. I stayed with lessons, mostly because I didn’t know any other path. On one hand it was great for reading and theory, on the other hand, it didn’t do much for my ear…other kids were learning Stairway To Heaven, and I was buying sheet music. A guitarist who reads music is still not a given, you have to ask, plenty of pro guitarists can’t. Reading has lead to work I wouldn’t have otherwise, like playing in the pit at the Pantages and certain session work.

This evolved into recording, I figured it was the best way to know how and if I’m improving. So I’d drag my 2 track down to the band room on the weekends and start banging around on all the instruments. Making stuff up and seeing if I can make it musical.

Speaking of making stuff up, I’ve been doing the show “Whose Line Is It Anyway?” for about 30 years. We start filming again at the beginning of next year. Laura Hall is a magnificent musician and I couldn’t be more proud to call her a friend and colleague, I’ve learned so much from her. What I thought was going to be a sidebar, ‘just a gig’ in my career has actually turned out to be foundational. You asked about risk taking. I never know if what we’re going to do is going to work, but at least it’s being filmed. I never know what style we’re going to have to imply, how we’ll start, how we’ll end, it’s basically every musician’s nightmare. But I’ve become a stronger musician for it, and when Laura and I are in the zone and everything is working, I pretty much feel like I can leap tall buildings. Provided of course there’s a mattress at the bottom.

There’s nothing easy about playing a musical instrument, and I suppose you could argue it’s even harder trying to keep your sanity in the music business. The view that music is free, that it doesn’t have a value, it can be downloaded, streamed, it doesn’t belong to someone, it’s for the taking, that eats at your soul. We are professional musicians, it’s a job, our creations are property and like with any other job we expect to be reimbursed. I can’t tell you the times I’ve tried to explain this to those not in the field and just gotten blank stares.

But when I zoom out (or am in a particularly good mood), I realize that while the delivery of music has changed, the need and love for it hasn’t. To the audience, music hasn’t lost its value, it’s just easier to find. Maybe that simple fact has given us the genre bending we’re now hearing. What’s a pop song? What’s a country song? I think it’s whatever the creator wants it to be…could anything be more freeing?

Working with Sara on Superman, we wrote freely, we didn’t stop to consider what ‘style’ the songs were, we only considered whether or not they told the story. We have one song, “Fill Me Up” that’s about 2 minutes long, very not standard. It doesn’t have a bridge, I’d argue that it doesn’t even have a chorus. It’s a moment, a musical statement. We’ve dropped the old way of listening to music, and maybe as a result we’ve dropped a lot of the old rules.

I think the current state of music is rich with opportunity, and I’m trying every one. 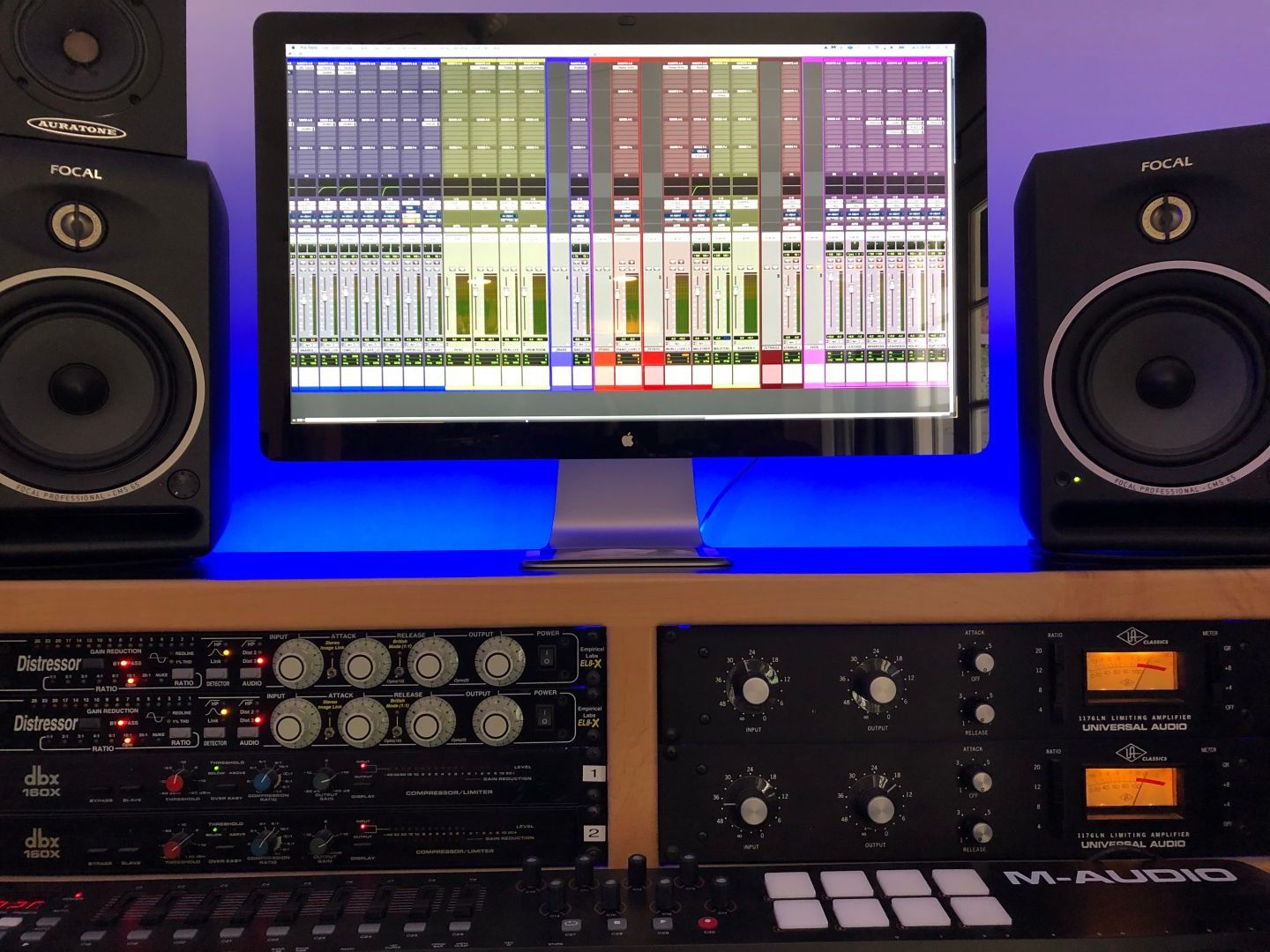 Let’s say your best friend was visiting the area and you wanted to show them the best time ever. Where would you take them? Give us a little itinerary – say it was a week long trip, where would you eat, drink, visit, hang out, etc.
Ahhhh, fun time.

Well I’m a beach dweller, born and raised in So Cal. So which beach do you want to see? Venice is still the Color Character, I have no idea what we’re gonna see, but we’ll see a lot of it. Playa Del Rey, my favorite, still feels small and private, and I’ve gotten really good at ignoring planes. Santa Monica is the backdrop of the city, I think the Pacific Wheel is in more movies than most SAG members. Hermosa, Redondo, Manhattan, I’m beginning to sound like a Randy Newman song.

Okay, you gotta go to Dodger Stadium and see a game. Doesn’t matter where you sit, it’s just something that makes you feel ‘right’. I like the evening games, something about beer spills and peanut crumbs in the early evening air….

Go to The Baked Potato for some live music. I’d call it ‘jazz’, but they have everything there, the only criterion seems to be Heavy Hitting Musicians. The best in LA take musical risks here, and you can order a potato the size of a football if you like to live on the edge.

My fave food in the world is Italian, and the best place to get it is Frumento’s Italian Deli in Montebello. Family owned and operated for over 50 years, sandwiches, pastas, antipasto, oh, the list goes on and on. The 12” Italian Sub, wine, shared with friends on the beach at sunset….that’s amore.

Let’s keep it in music, check out Truetone Music in Santa Monica. Everyone there is so knowledgeable and wants you to play and check out the amps and pedals and explore and find your new guitar. Love this place. Lost a lot of money there. 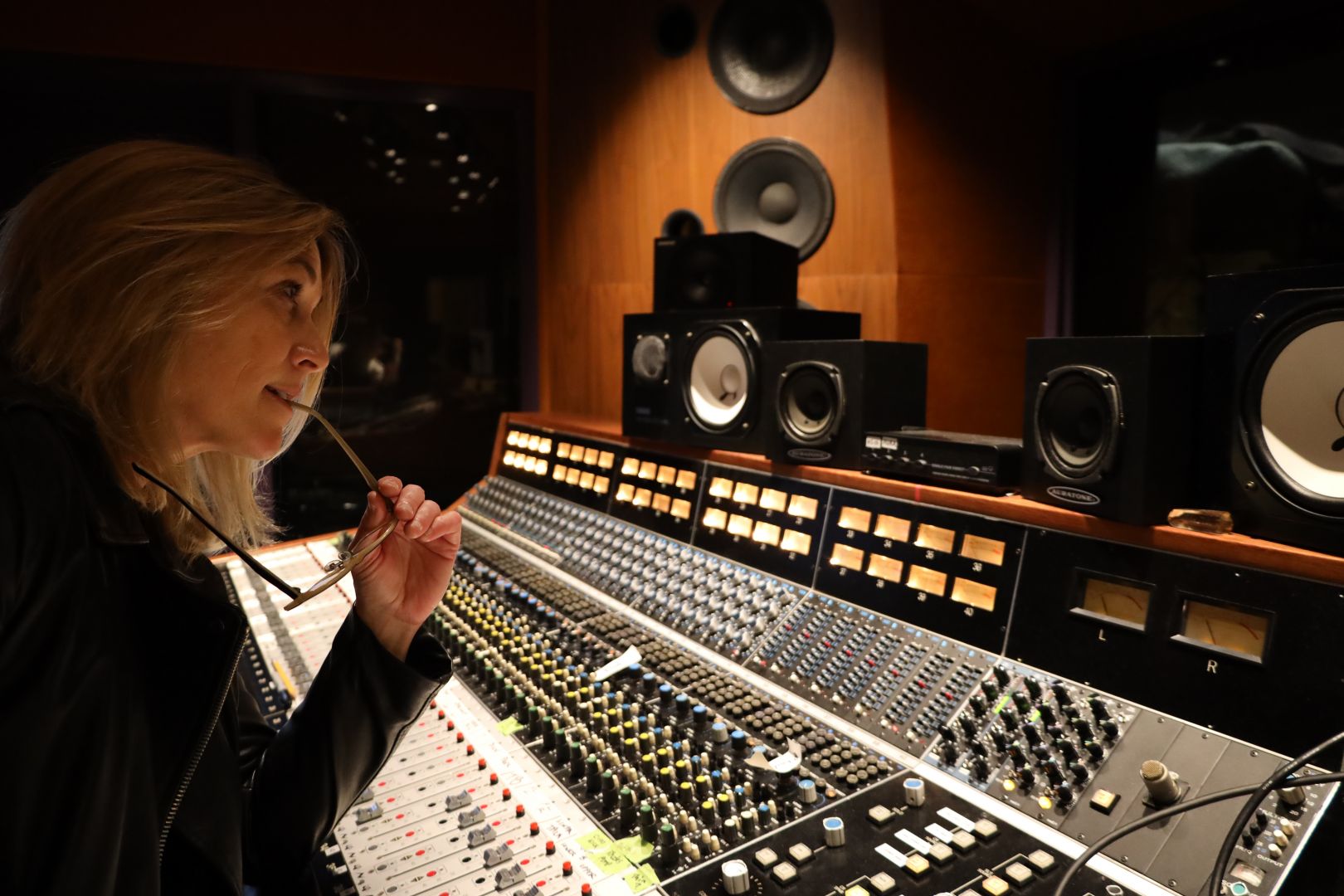 Shoutout is all about shouting out others who you feel deserve additional recognition and exposure. Who would you like to shoutout?
Too many to list…I’d have to name every musician I’ve worked with…

On my current gratitude list is the team behind this album Superman, Sara Niemietz’ upcoming release. You’ve interviewed Sara already so I guess I have to leave her out.

But I would introduce the brilliant musicians who helped us bring these songs to the surface:

Daniel Pearson – Bass
Daniel’s professional career has run the gamut of the Musical World. He has played and/or recorded with Coolio, Jenifer Lopez, Jessica Simpson, Shelia E., Taylor Dayne., Ivan Neville, and Kenny Latimore. As a Composer/Producer he has placed music for the Style, E, and History Channels as well as NBC’s”Ed” and the feature film “Because of Winn Dixie”.
danonbass@sbcglobal.net