We had the good fortune of connecting with Lori Rothschild Ansaldi and we’ve shared our conversation below.

Hi Lori, what was your thought process behind starting your own business?
While I was a business major and I always dreamed about being an entrepreneur, I can honestly say that I never wanted to own my own production company. There was something about being responsible for all of my employees paychecks… the feeling of if I didn’t make enough cash that I would not be able to pay people… that really scared me. Then, in a pitch meeting at a major network, I realized that I spoke two languages in this business. I had experience working as a network executive and I had the experience of being a developer and sales person for a production company. I realized that I have a genuine understanding of all of the reasons why a network buys a (or doesn’t buy) a show. So, I spoke “network executive” and I spoke “tv development”. As soon as I saw those things in myself, I realized that I had a unique sales proposition that few other production companies had. At that moment, I knew that I could and had to run my own company because I believed that I could be successful and that i would always find a way to make payroll. Four years later and Big City TV is a thriving company with several projects under its belt. We produced History’s Greatest Mysteries: Finding John Wilkes Booth for History Channel and our Doubling Down with the Derricos is on TLC. I also partnered with Kim Kardashian West and Spotify for a podcast about our criminal justice system for Spotify and we are currently working on a project about prison program dedicated to helping end drug addiction in a small town in Arkansas. Big City is proud to say that all of the projects on our docket are designed to entertain while creating important conversation. Our search for the truth about John Wilkes Booth was also an exploration into if and why it is ok for our government sometimes to lie to us. Doubling Down with the Derricos is a “large family show” but it was also an opportunity to explore real black culture and to offer a positive view of a typical black American family – something that we felt was missing from reality TV. 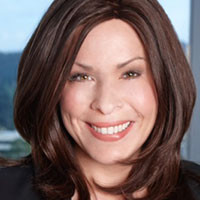 Alright, so let’s move onto what keeps you busy professionally?
Big City is a full service content production company that services all of the broadcast, cable and digital networks around the world. From our groundbreaking work in the true-crime genre to our history changing documentary series – Big City looks for inspiring stories, relatable characters and unbelievable real life and historical moments that define us as people. Big City is dedicated to hiring the best artists and business leaders in the world. It is not enough to be good… we demand outstanding for our clients and partners. With over 20 years of experience as both a network executive and a production company developer and owner, Lori Rothschild Ansaldi understands BOTH sides of our business – something the majority of other production companies simply do not have. Big City’s world class leaders and artists are not just looking for “talent.” We are dedicated to building trusted partnerships with real people where we can develop customized brands that will inspire audiences around the world. BCTV believes that giving is fundamental to achieving a fulfilling existence, and that the creative process is ignited through this fulfillment. Along the path of life, BCTV has come into contact many loving organizations, and has decided align itself with them. We proudly support Color of Change, Walking Strong and The Children’s Alopecia Project.

Let’s say your best friend was visiting the area and you wanted to show them the best time ever. Where would you take them? Give us a little itinerary – say it was a week long trip, where would you eat, drink, visit, hang out, etc.
Favorite spots: BEACH -Point Dume Beach – by Lifeguard Stand #2 RESTAURANTS: Mastro’s Beverly Hills (steak) Geoffrey’s Malibu (best lunch and view in Malibu) Sol y Luna Tarzana (My favorite Mexican spot) Katsuya (sushi) Mazar Woodland Hills (Persian) Carousel (Armenian) Portos (Cuban Pastries)

The Shoutout series is all about recognizing that our success and where we are in life is at least somewhat thanks to the efforts, support, mentorship, love and encouragement of others. So is there someone that you want to dedicate your shoutout to?
I would like to make a shout out to the many amazing mentors and managers who helped me throughout my career. I had so many people who believed in me and gave me amazing opportunities that allowed me to be the manager, producer and employer. Rob Henninger, Doug DePriest, Howard Lee, Mark Finkelpearl, Jerry Smith, Jane Root, David McKillop, Abby Greensfelder, Steve Cheskin and Eric Schotz. Thanks to all of you.