We had the good fortune of connecting with Lynne Friedman and we’ve shared our conversation below.

Hi Lynne, how do you think about risk?
For me, it’s like stepping off a curb. I step off a curb to cross the street and I am taking a risk—a risk of being hit by a bus, car or bicycle (let’s hope not!). In that scenario, I want to get to my destination, so the thought of riskiness doesn’t pervade my thoughts. I’m simply crossing the street. At every business or personal intersection, perhaps a decision or an investment, I just want to cross to the other side so I can get my company where it needs to go. Like crossing a street, I look both ways, subconsciously assess the traffic patterns and stay alert (think: a New York City crosswalk!). If no clear danger presents itself, and I know that this is the way to the destination, I go. It’s that perception of the step off the curb as one taken toward getting somewhere, that keeps the brain from the fear and hesitation that would normally be associated with something risky. That said, I have been splashed by cars making a right turn through a puddle…it happens! . 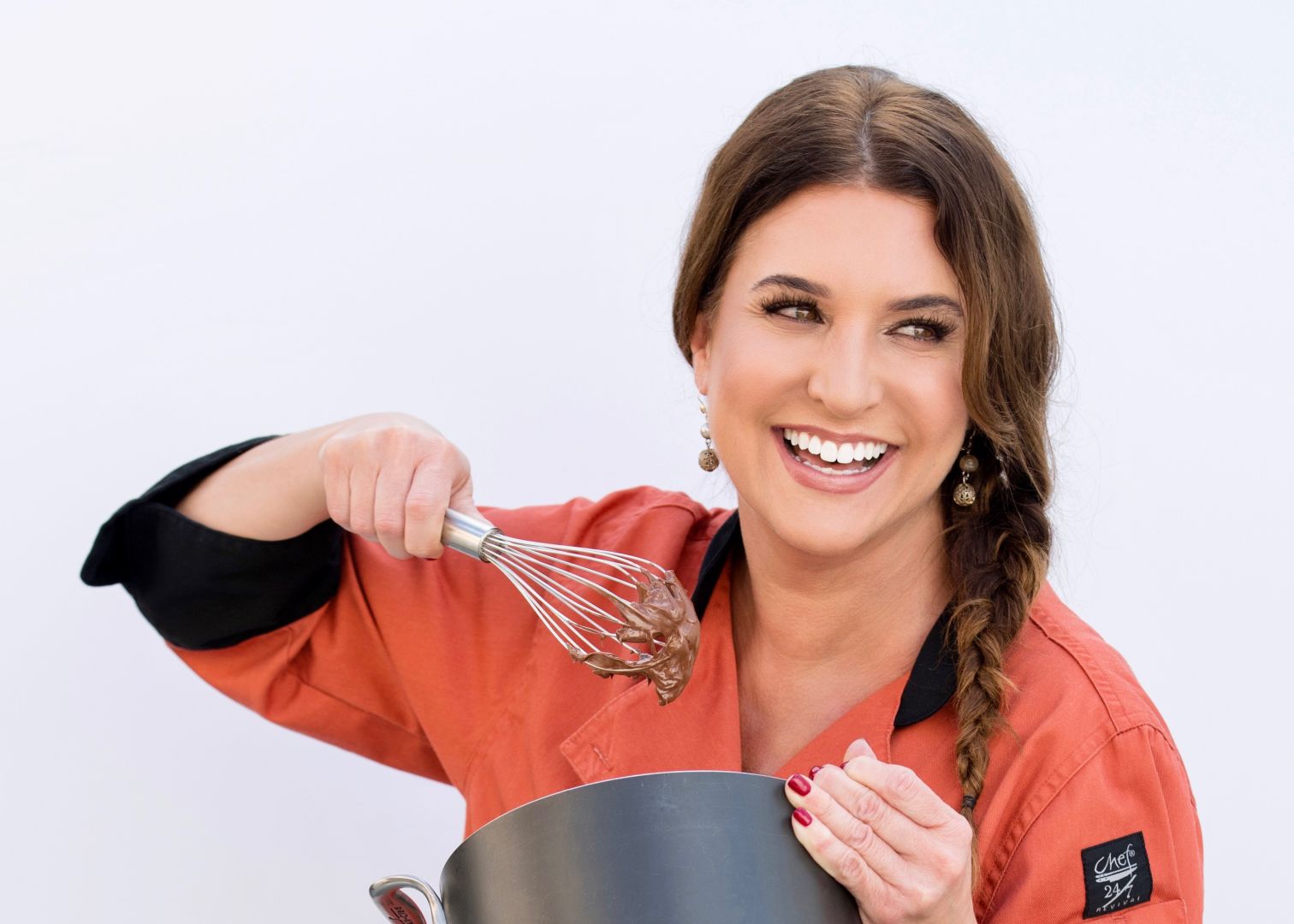 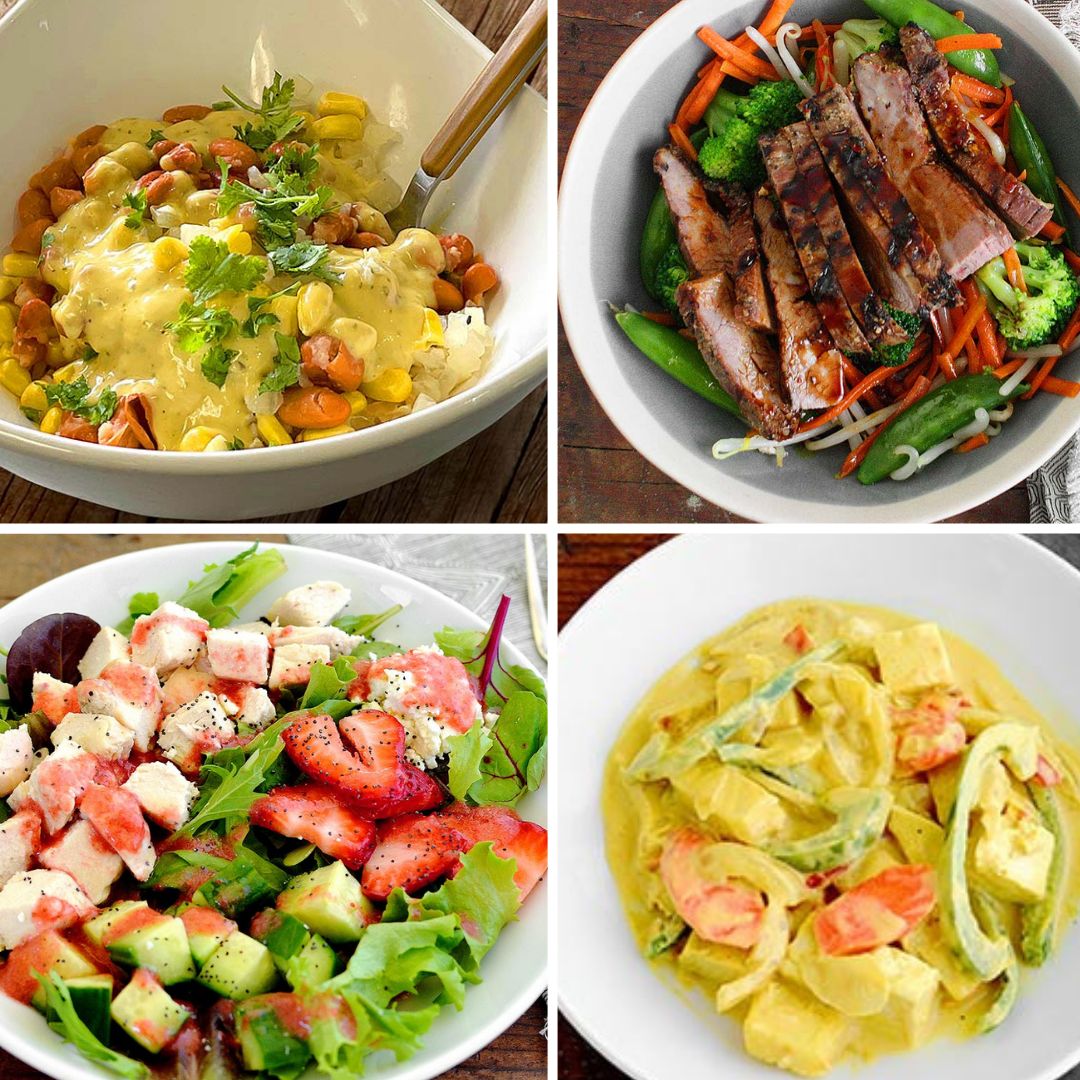 What should our readers know about your business?
In March of 2020, two days before what was to be the COVID shut down, I opened my email to find that, after eight months of grueling due diligence on the part of the SBA, I was to receive the funds for the purchase of my first food brand, Fit Eats. I did not know how important the role of a meal delivery company would become during the following months of pandemic.

My background, with a Mathematics degree, a CPA, and as a CFO, never squelched the love I had for the creation and eating of good food from around the world. My mother, born in Southeast Asia, was an extraordinary cook and my Canadian father, a foodie, before the word existed in the vernacular, imprinted that love on me. After living and working in Russia and Denmark, and riding out the dotcom wave of the 90s in New York City, I came back to my hometown of Los Angeles and focused on my family and food.

Private cheffing, over-the-top cake building, personal winemaking, freelance writing, Brasilian Jiu-Jitsu and entertaining took up my time. But, the accountant in me had a hankerin’ to scale up.

I had been volunteering with a group called Mending Kids who facilitate life-saving surgeries for kids around the world. Watching the doctors and nurses on their feet, focused for 12-plus hours, and organizing meals for them, highlighted the difficulty of finding healthy and tasty food for those who work long hours. It’s needed.

It was a simple online search on a day I had planned to relax. Granted, it did follow years of introspection on what I wanted as well as analysis of food manufacturing packaging and distribution models:

And there it was…the first brand of which I hope will be several. Fit Eats.

Eight months later, it was mine, and, overnight I had 30 (now 45) employees in Sacramento, and I was “boss lady.” More expansion to come, especially down to my hometown of Los Angeles.

The food is healthy with a lot of variety, and we meet several different dietary needs and preferences. But, taste is extremely important to us, because, to me, in addition to good nutritional numbers, pleasure is a very large component of health. And, that’s what we sell in our stores, and deliver to the customer’s door. 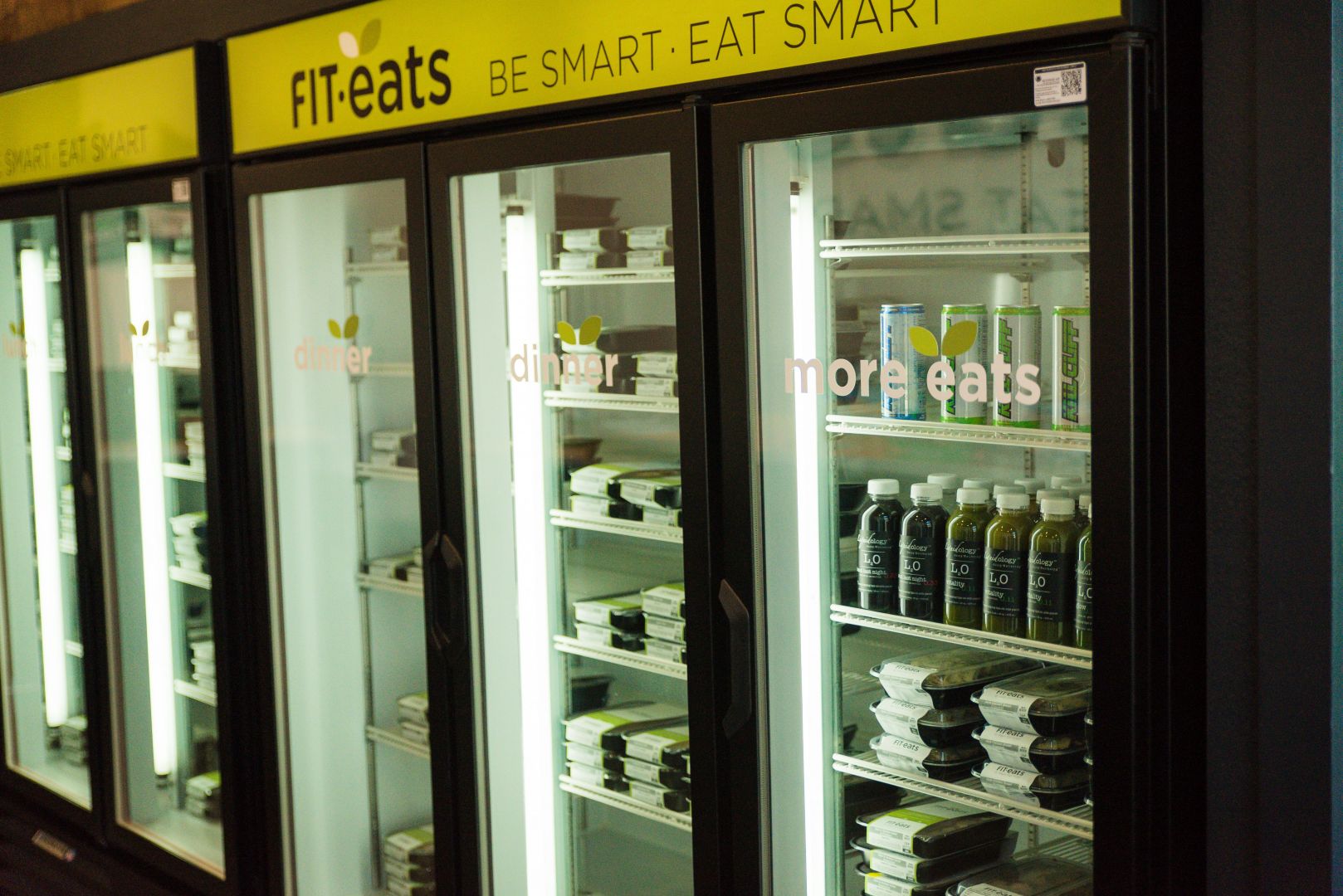 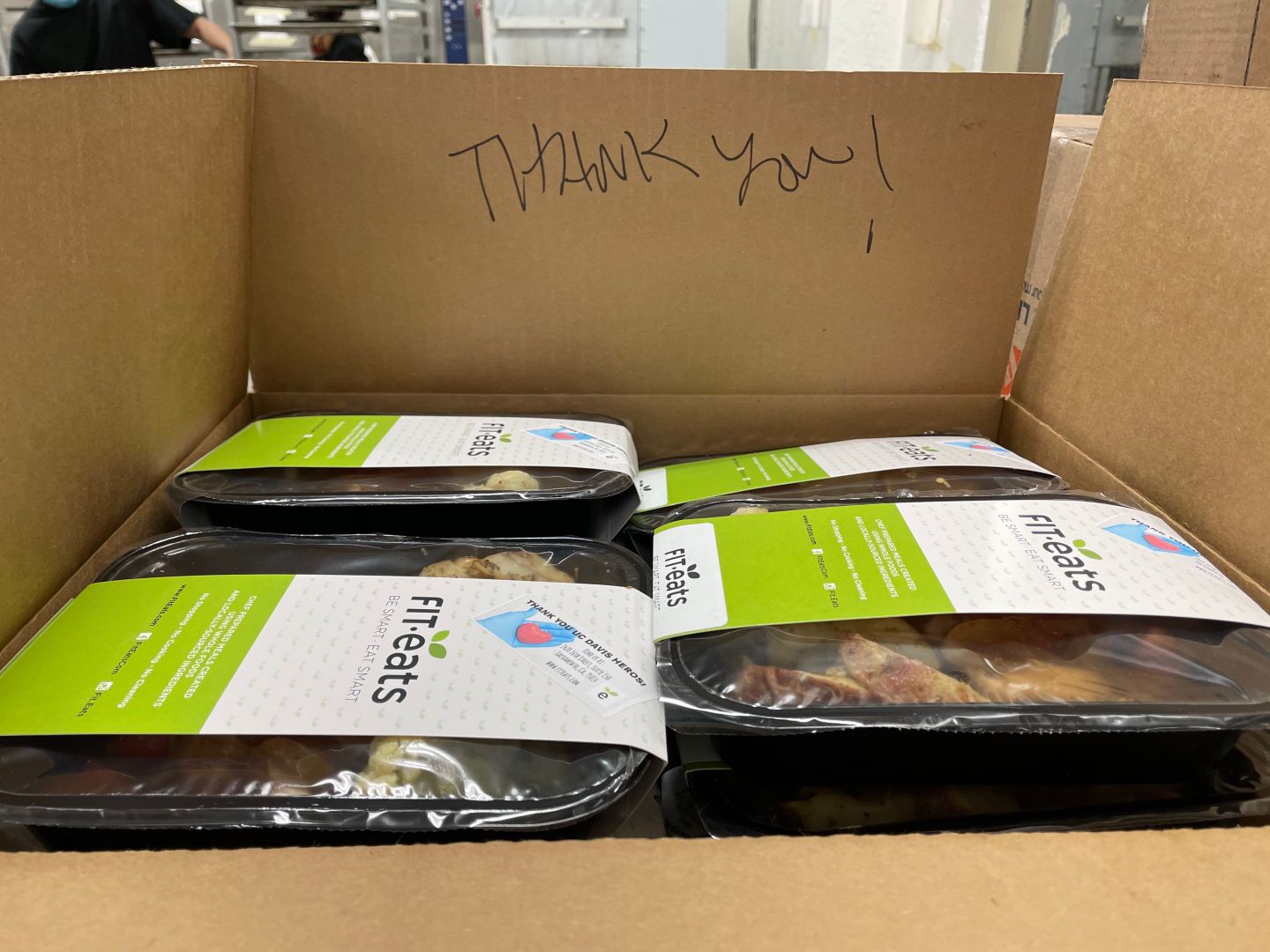 If you had a friend visiting you, what are some of the local spots you’d want to take them around to?
Here are seven days of my LA faves:

Korean BBQ at Quarters in K-Town, then over to the Gaylord Building for cheesecake at HMS Bounty (not known for their cheesecake, but it’s one of the tastiest…and, I am not sure they have changed their décor since they opened in 1962). After the sugar high, break it down with a digestif at the Normandy Club down the street, then burn it all off dancing to 80s music at Break Room 86 under the Line Hotel (don’t forget to play some PacMan!)

L.A. is a city smashed up against beaches and mountains, so I’d drive to Neptune’s Net on PCH at County Line, eat some seafood (and check out all the bikes on a weekend!), then wind through LA wine country with a Malibu Wine Safari followed by dinner and live country music at The Old Place (a repurposed old post office in the beautifully rustic area of Cornell).

Beverly Hills 90210, baby. Get your designer (or fake designer) shades on and drive in a convertible through the palm-tree-lined streets of the flats of Beverly Hills. Tourists dig it, and you feel like you are in an episode of the show. Follow it with lunch and drinks, poolside at the Cabana Cafe at the Beverly Hills Hotel.

Enjoy tea, crumpets and, perhaps, a ghost or two in the Grand Lobby at the historic Culver Hotel. Built in the 1920s, it housed many of MGM’s biggest stars, and, hey, it’s rumored to be haunted!

Hike to the Hollywood Sign, fill the shoes of your favorite stars at Grauman’s Chinese Theater (now TCL Chinese), walk the walk of fame, and a have a steak at one of Hollywood’s oldest restaurants, the Musso & Frank Grill. Ask the senior wait staff to tell you stories—they’ve got lots.

For the architecture fan, I like a tour of the Schindler House (built in the 1920’s and still so dang cool!), then lunch from the various vendors in the Original Farmers Market (my grandmother used to take me to Bennett’s Ice Cream and I still don’t miss a chance to grab a cone), drive east and check out Frank Lloyd Wright’s Hollyhock House and Barnsdall Art Park.

Stroll around the Little Tokyo Mall, and have sushi at Sushi Gen. Check out the oasis-like Kyoto Gardens on the roof of what is now the Double Tree Inn Little Tokyo (When my parents took me, as a kid, it was still the New Otani Hotel). Continue into the evening, barhopping at a plethora of places in DTLA (just too many to name), but, be sure to have a nightcap at Spire 73 atop the InterContinental for the highest cocktail served in the Western Hemisphere. 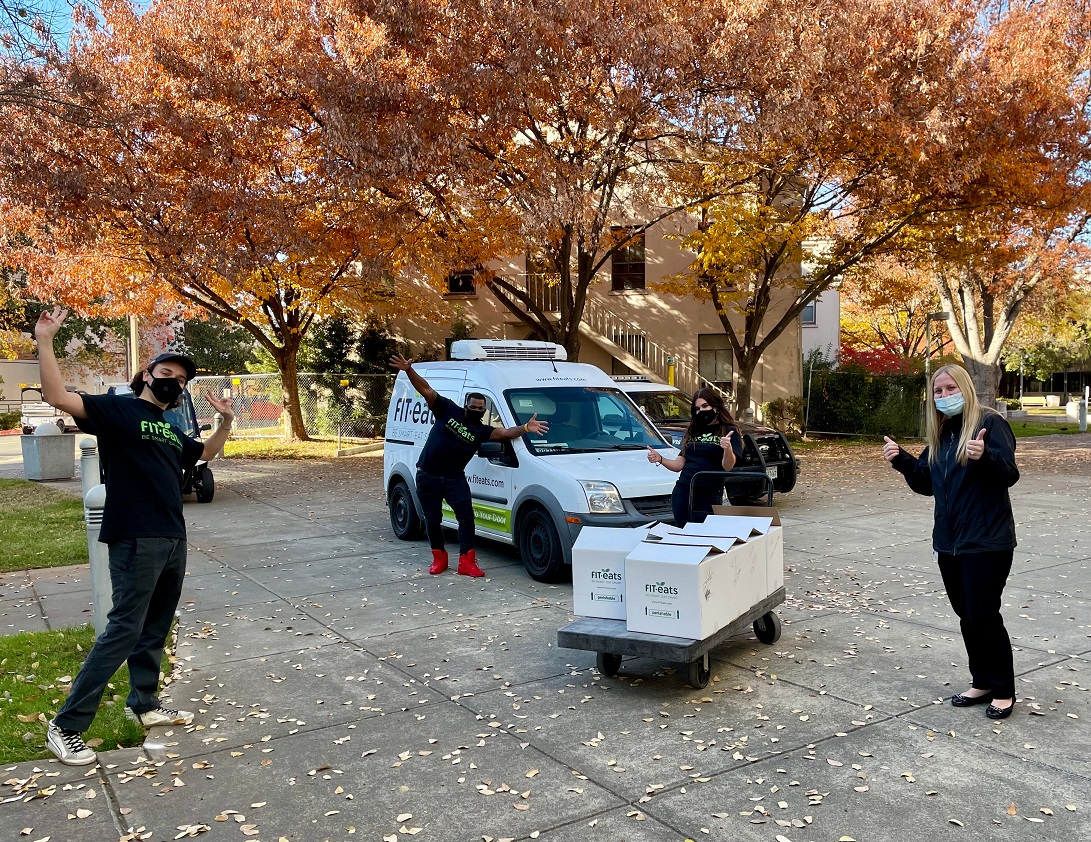 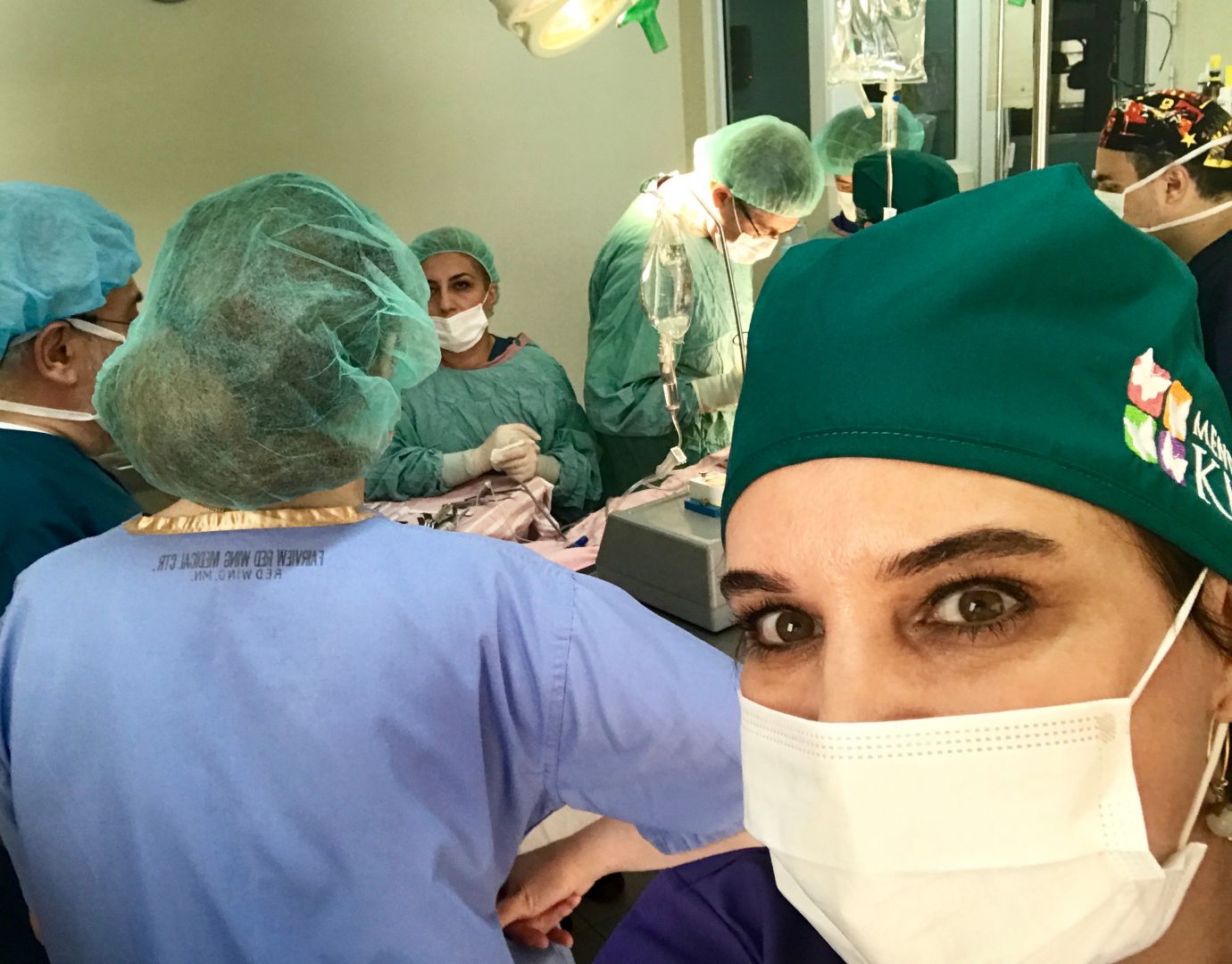 The Shoutout series is all about recognizing that our success and where we are in life is at least somewhat thanks to the efforts, support, mentorship, love and encouragement of others. So is there someone that you want to dedicate your shoutout to?
Shout out to my entire staff at Fit Eats for makin’ it happen, to my awesome family, and to my good friend Isabelle Fox, Executive Director of Mending Kids (www.mendingkids.org), who, by throwing me out there as a volunteer on surgical missions around the world, showed me the need for good nutritious food to health professionals and people who work long hours everywhere.