We had the good fortune of connecting with Madeleine Perez and we’ve shared our conversation below.

Hi Madeleine, where are your from? We’d love to hear about how your background has played a role in who you are today?
I’m from all over Northern California but mostly the Napa Valley. For as long as I can remember, teachers, writing mentors, books about creativity have all gone back to that concept of writing what you know.

As a child I longed to move as far away as possible from the world I knew; a chaotic household filled with children and enough musical instruments to equip an orchestra. Outsiders would compare our family of nine (four brothers, two sisters, my parents and me) to a sports team. I corrected them, no, we have enough for a film production. I was eight years old when I wrote my first play, an adaptation of Romeo & Juliet, twelve when I adapted A Christmas Carol into my first screenplay and by the time I was thirteen I announced to my mom that I would be attending film school upon graduating high school. I made good on that promise.

This concept of writing what you know can be haunting. I love to treat books, films, and the writing process as a form of an escape from the mundane and stressful realities but the moments that hit the hardest are the most familiar. My most recent scripts have been largely inspired by different family members. I wrote a short about a young woman who is diagnosed with Parkinson’s Disease and forced to come to terms with this new addition to her reality. This was inspired by my dad’s struggle with Parkinson’s for years before eventually passing away in 2019. I also keep returning to themes of addiction after losing one of my brothers to an overdose also in 2019.

In the past, I have tried in vain to escape the memories of losses and hurts and to write of worlds little in common with my own. Most of those stories were hollow and never completed. I’m learning to walk the tightrope of the world of what I know and the fascinating, mysterious fictional worlds awaiting beyond the horizon should I put in the time and put my fingers to the keyboard. As a storyteller you’re assuming a huge responsibility; to be truthful, respectful and never judgemental of your characters and deliberate with the story. Ultimately, my goal is to be an empathetic, present and truthful storyteller and to help the viewer or reader feel seen and understood. 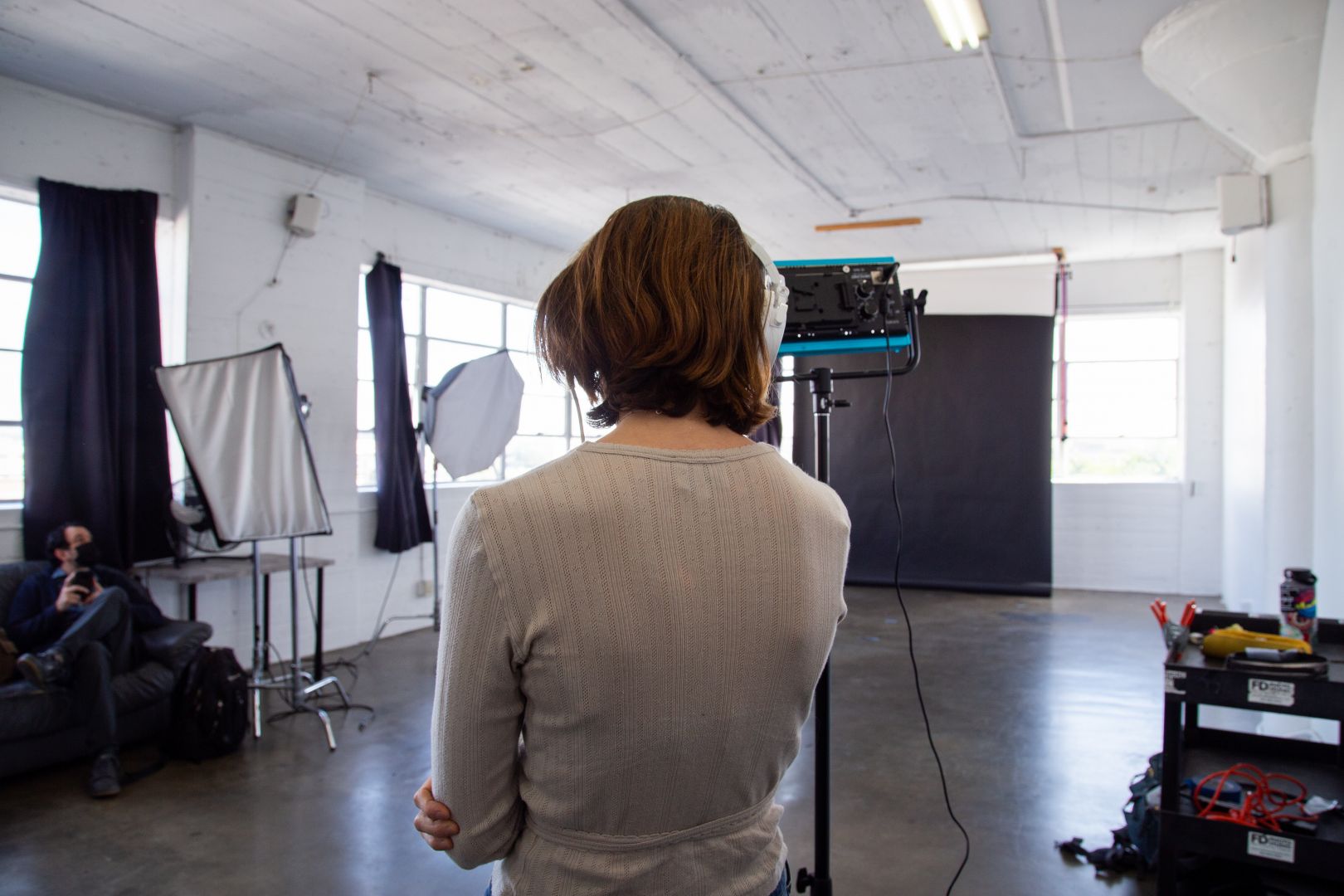 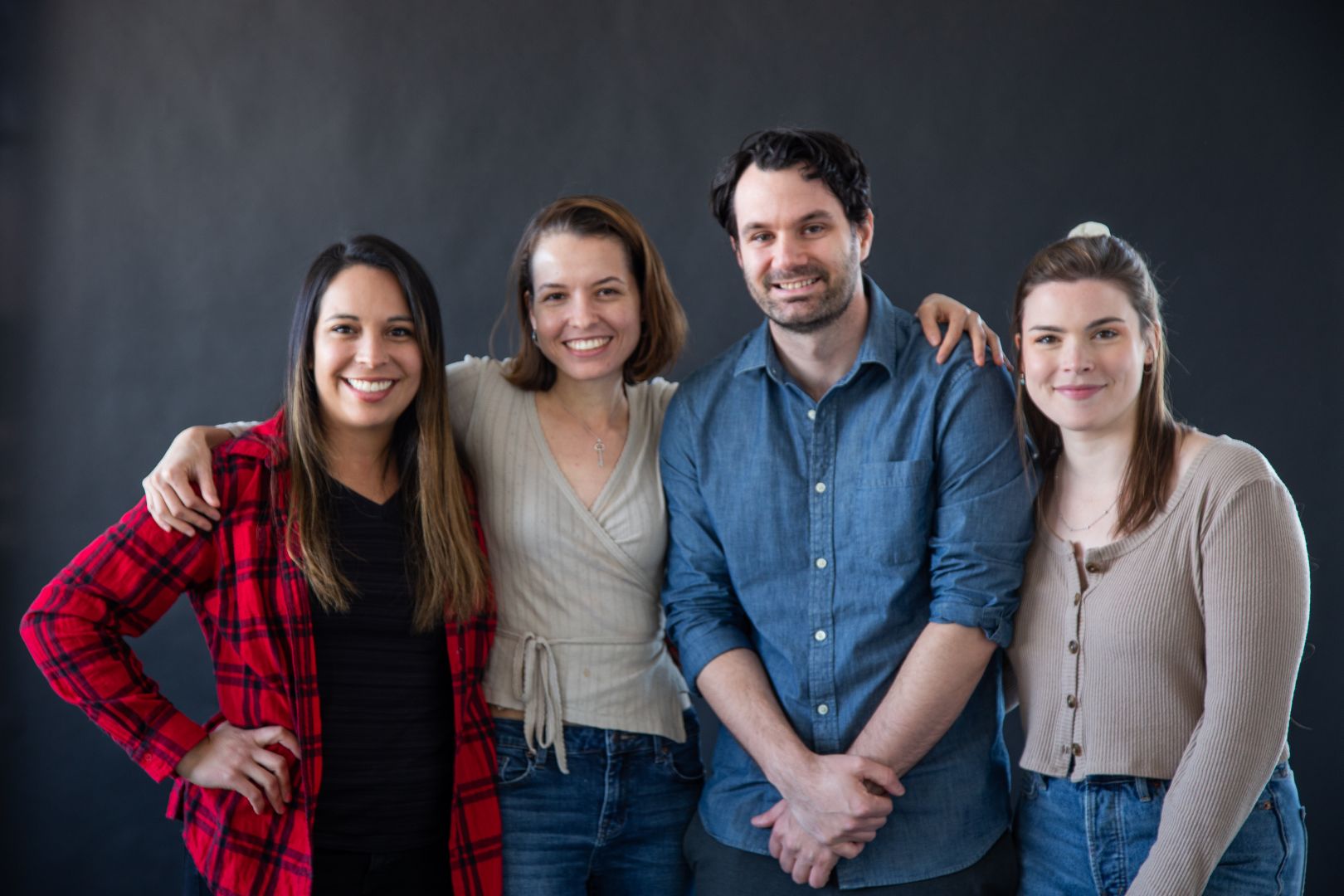 Can you open up a bit about your work and career? We’re big fans and we’d love for our community to learn more about your work.
I responded to the call to be a storyteller when I was a child, that was the easy part. I knew with every fiber of my being that was a non-negotiable. The difficult part was figuring out how could I pull it off? I credit the ability to stay true to the path of being a writer and a creative to the fact that I wanted it so much and sought out insight, advice and perspective from people I admired and respected who were further along on the marathon than I was. I watch a lot of movies, jump from book to book, pour over scripts and keep writing.

When I was in college, my screenwriting professor threw out a number of scripts and years it would take to produce a script that you would actually take pride in. I dismissed this, holding onto the hope that I would be the exception to the rule. I’ve been writing consistently now for over ten years and it was only in the pandemic that I finally felt a connection to my voice and style and the types of stories I want to be telling. It’s the game of persistence, will power and consistency.

My production company, Mad Real Productions which is very much in the early stages of existence, celebrates the type of stories I hope to be known for one day. These stories explore what it feels like to be alive; to be hurt by love or the lack of it, to struggle with addictions of any kind and get swept away with the pains of mental illness. I love stories grounded in reality that serve as reminders that you’re not alone. 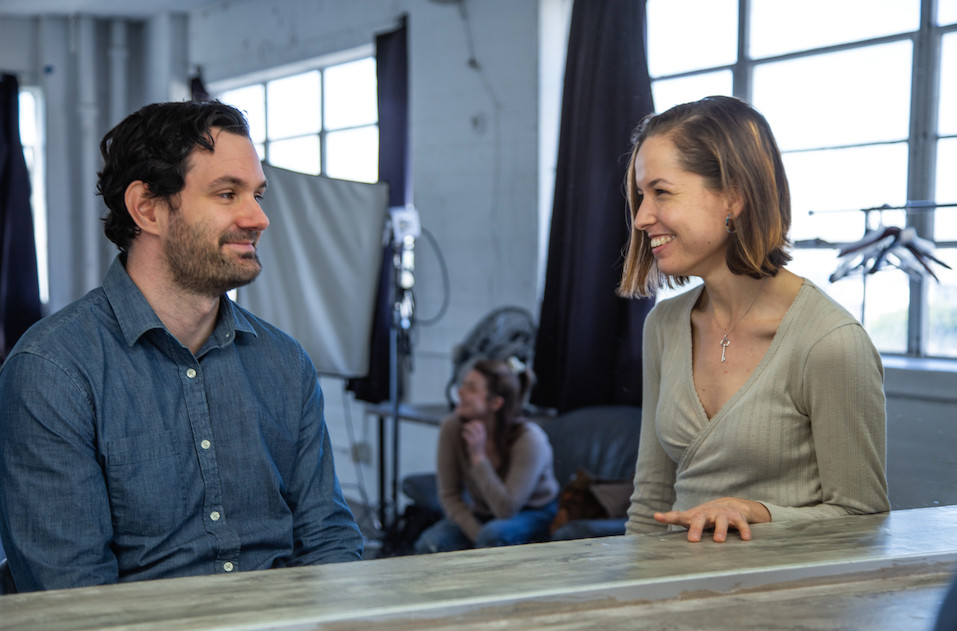 Let’s say your best friend was visiting the area and you wanted to show them the best time ever. Where would you take them? Give us a little itinerary – say it was a week long trip, where would you eat, drink, visit, hang out, etc.
I love LA and all the pockets that make it such a fun, vibrant city. I would insist I cook dinner for our first night together since I love cooking and playing hostess but on day two I would take her to Gokoku Vegetarian Ramen in Studio City for lunch which is currently my favorite. Their ramen is exceptional and full of so much flavor. I’ll admit to having tilted back the bowl once or twice so I didn’t miss out on a drop of their broth. My second favorite spot in Studio City is the Bookstar Barnes & Noble. We could browse for a bit then get ice cream at Salt & Straw. The next day I would take her to Los Feliz. I love the thrift stores over there. Afterwards we would get lunch at Green Leaves. It’s a cute vegan spot. They make the perfect sweet and creamy Thai Ice Teas and curries and pancakes. Afterwards we would head over to Vermont Street to see a movie at the Vintage Los Feliz theater and check out Skylight Books next door, just in case we didn’t have any luck at the Bookstar.
The following day I would take her to Holmby park. We would bring our new books and a large blanket and camp out for hours on the grass and read. There are so many beautiful towering trees that provide just the right amount of shade and peace. Afterwards we could head over to Montana Street and get desserts at Erin McKenna’s Bakery. Everything is vegan and you wouldn’t know it! There are a bunch of cute boutiques, coffee shops and restaurants to check out down the street.
The next day we would head into Hollywood. I would drag her to the new Amoeba on Hollywood Blvd. Afterwards we would get coffee at the Bourgeois Pig up on Franklin Street. Then wrap up the day with an acoustic show at Hotel Cafe. We both love the intimate spaces. 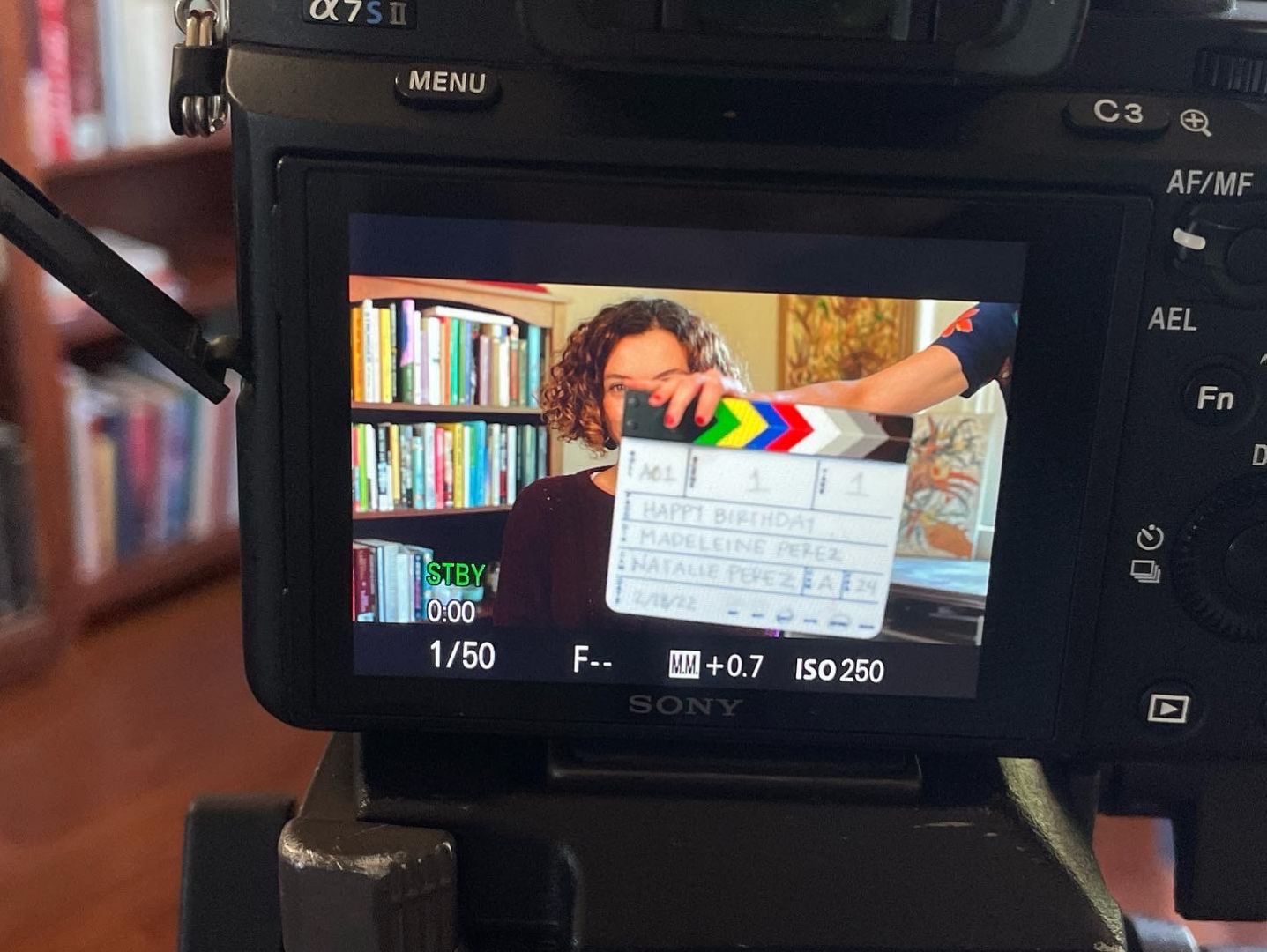 The Shoutout series is all about recognizing that our success and where we are in life is at least somewhat thanks to the efforts, support, mentorship, love and encouragement of others. So is there someone that you want to dedicate your shoutout to?
I’m incredibly fortunate to have received encouragement and belief at different stages of my life. In high school it was my dad, who was my first co-writer and my literature teacher, Tom Riley. In college, my screenwriting professor, Chris Riley ignited a fierce love of screenwriting which will never burn out. Since moving out to LA, I’ve been so lucky to receive mentorship from incredible working writers, Meg LeFauve and Howard Michael Gould. When it comes to books that have impacted my creative journey, “The Artist’s Way” and “Making A Literary Life” are a few of my favorites. 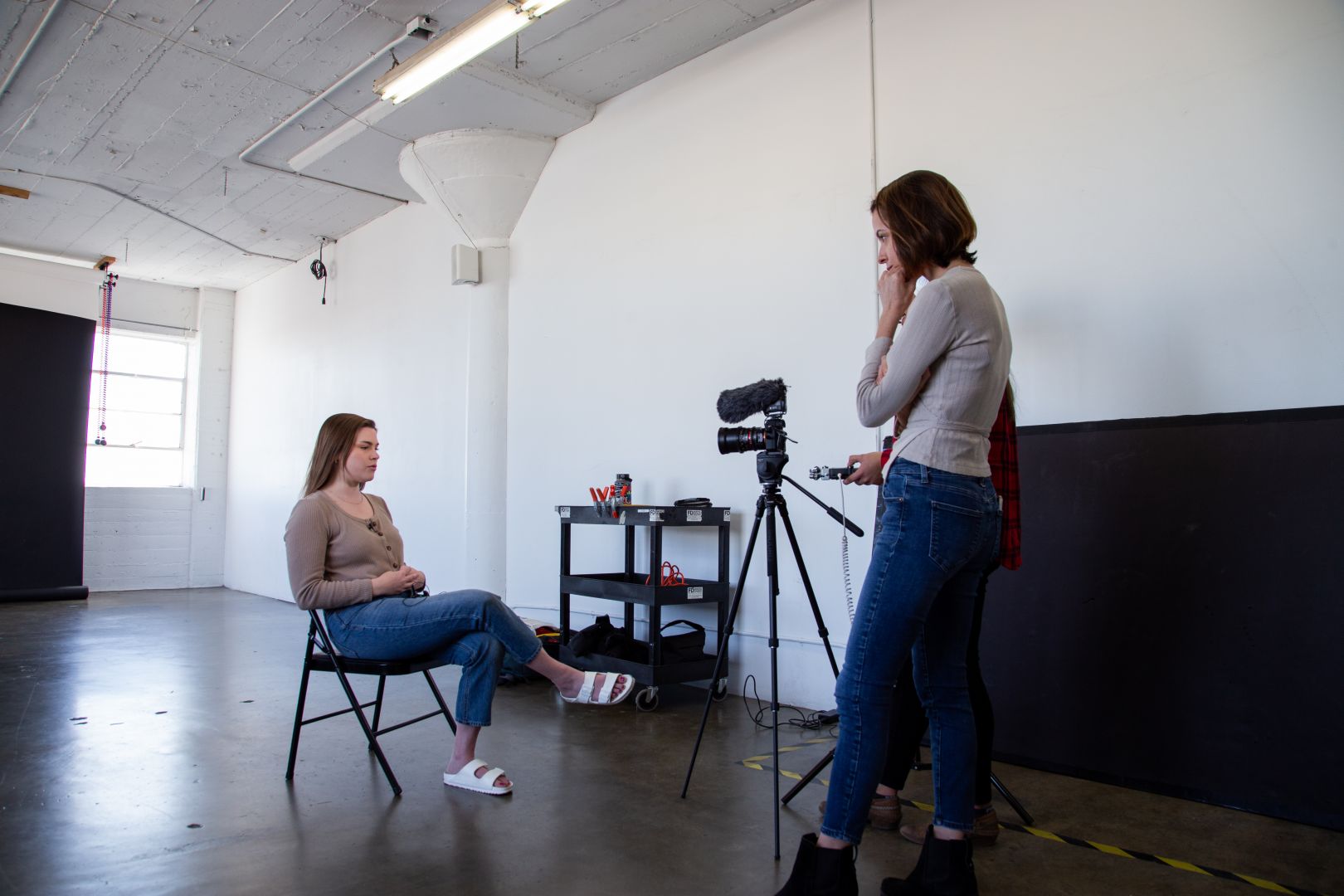 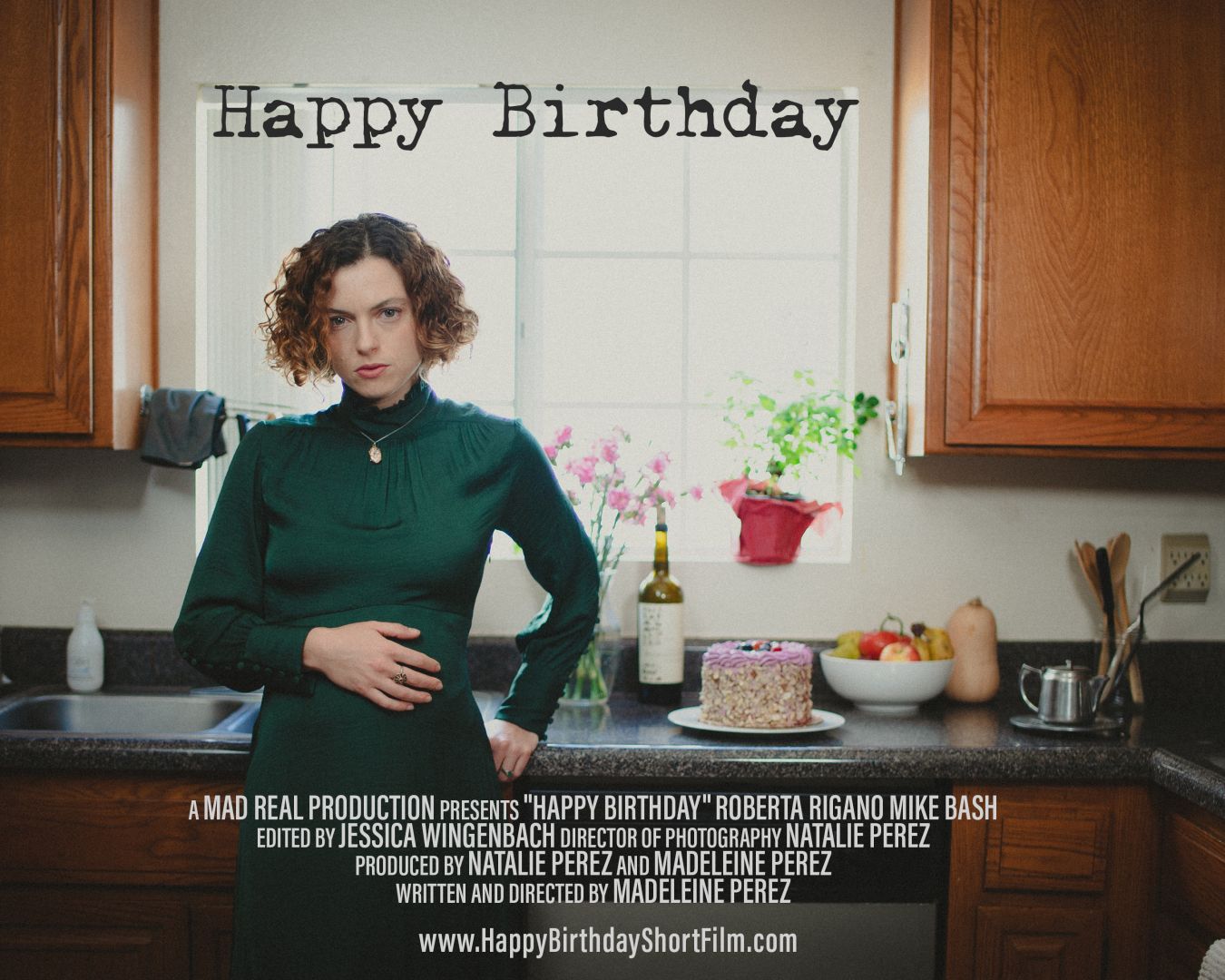