We had the good fortune of connecting with Madison Lin and we’ve shared our conversation below.

Hi Madison, what do you attribute your success to?
The most important factor behind my, or anyone’s success, is having a good relationship with failure.

We’ve all heard “learn from your mistakes” a million and a half times. Doesn’t matter if it’s your parents, your teachers, or your wacky uncle who’s gone off the rail one too many times. Despite the fact we’re all cognizant that you should treat mistakes as opportunities, it’s hard to internalize that. It’s easy to say we should learn from our failures, but there’s a very un-sexy flip side to that thought, which is living through failure.

We’ve been told “learn from your mistakes” but who hasn’t felt guilt or shame the second they fall short of expectation? The wise adages we’ve seen embroidered on pillows and plastered on motivational posters rarely account for the feelings that go along with rejection. How are we supposed to simply step back and learn, when we are rightfully feeling dejected? The best way to do this, in my experience, is to build a very strong and healthy relationship with failure.

When I was thirteen, I applied for California State Summer School of the Arts (CSSSA), which at the time had about a thirty-three percent acceptance rate. At thirteen, I’d never applied to anything competitive so I assumed I would be one of the one in three applicants who got in. I confidently submitted my music video based on Ke$ha’s song, Animal (dating myself a little here), I was fairly confident I was a shoo-in. When I was promptly rejected, I was shocked and of course, deeply disappointed. It was one of my first notable brushes with failure, and my first opportunity to cultivate a positive relationship with it. I’ve developed a process to try to ensure I have a positive experience when facing rejection, and my CSSSA app was where I crash tested it, so here’s what I did when I didn’t get into a program I was dreaming about.

Step one; Feel it. I let myself feel all the emotions that come with coming short of a goal – I was frustrated cause I’d worked so hard on that music video. I was embarrassed that I assumed everyone would love it, and I was disappointed I wouldn’t be spending my summer in the exotic Valencia, California.

Step two; step back and look from another perspective. When I was ready, I asked myself how a panel’s perspective would view my work. I’d chosen an existing song – which wouldn’t showcase any writing capabilities, so not a point in my favor. I centered my production and costume design around Ke$ha’s aesthetic, which was also not a way to showcase unique designs or a flare of my own. Just choosing a song recorded and mixed by other artists only shows people where my tastes are and says nothing about where it could go. Since my application didn’t show off any of these skills, I realized why I wasn’t the strongest candidate.

Step three; redirect and try again. Though I didn’t spend that summer in Valencia, I did spend it making films just as I’d wanted to. In fact, I made my first feature film. I spent the entire summer with friends writing, shooting, and editing. The finished product was about what you’d expect from thirteen year olds with a script, a flip camera, and some spare time, I’d be lying if I said I wasn’t proud of it. Moreover, it gave me skills to make another feature during the school year and submit an application that would demonstrate writing skills, costume design, and sound design that reflected my artistic style.

At fourteen, I submitted two scenes from my new feature to the very same CSSSA application team who rejected me earlier. Fingers crossed, I hoped that I would get in, but I knew if I didn’t, I would still find a way to make films that summer. When I opened the decision letter, it had the answer I hoped for.

That year, I went to CSSSA as the youngest person in my program, but I couldn’t have done it if I didn’t have a positive relationship with failure that allowed me to cultivate opportunities from my rejections. 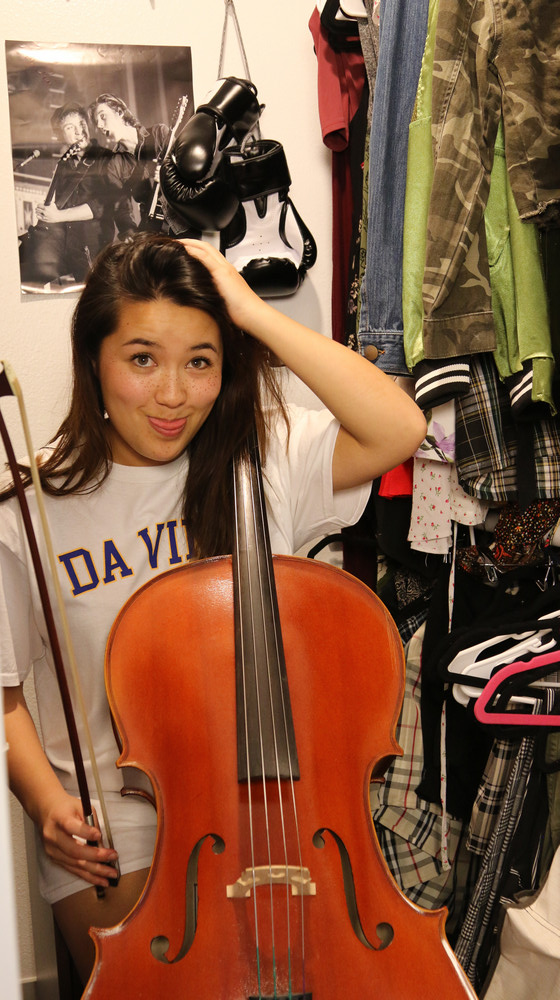 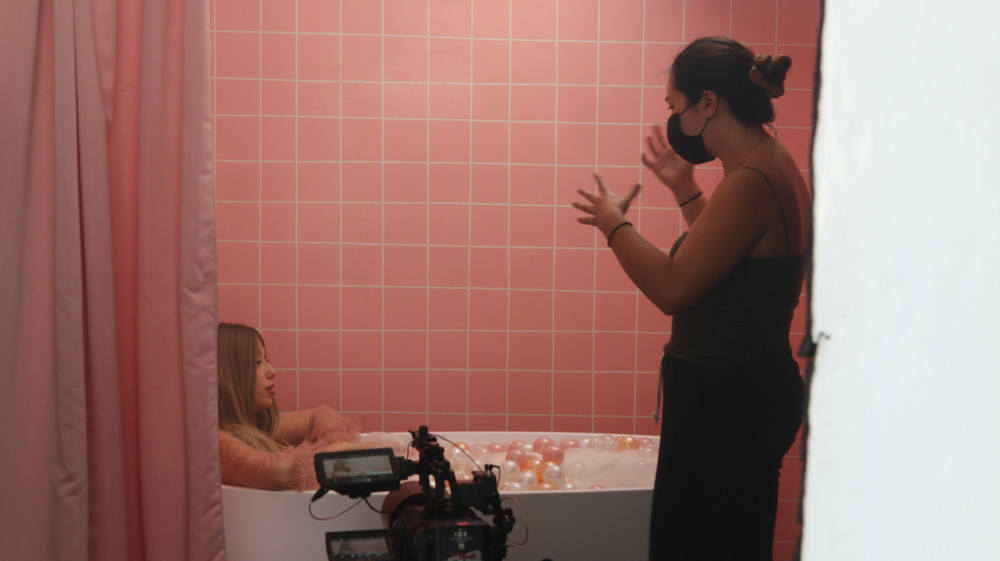 Can you open up a bit about your work and career? We’re big fans and we’d love for our community to learn more about your work.
I’m a magical realism gal for sure. I’m proud of how I’ve been able to develop and hone my voice over the past five years. I’ve found a deep love for fantasy / magical realism and coming of age stories thanks to my mentors and the opportunities to make more films. 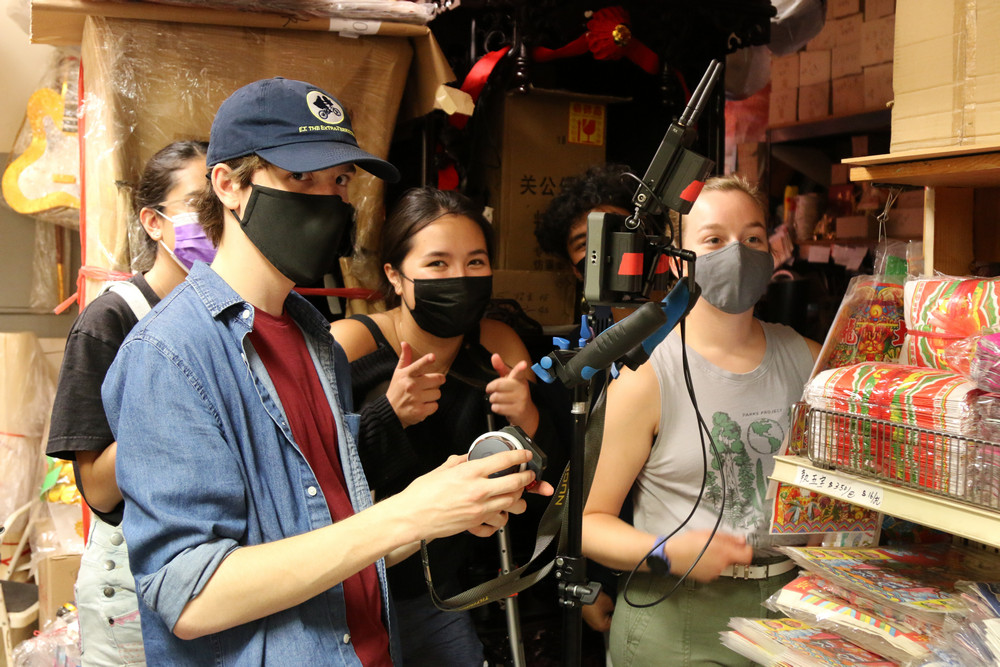 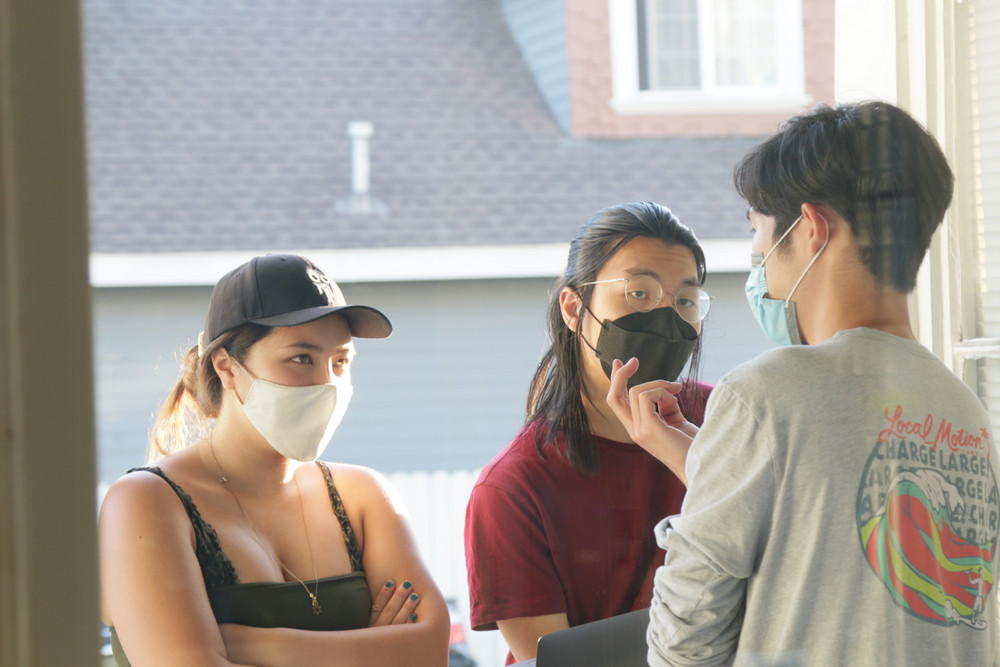 Let’s say your best friend was visiting the area and you wanted to show them the best time ever. Where would you take them? Give us a little itinerary – say it was a week long trip, where would you eat, drink, visit, hang out, etc.
It definitely depends on which friend. My heart says Sammy’s Cameras but for my friends who might be less interested in film gear, I’d say Topanga Canyon is a must! We would start our day with a hike there then find a cute hidden coffee shop to grab breakfast. While they were here we would have to go to the Melrose Trading Post Flea Market and end the day at Sticky Rice restaurant in Silverlake. Those are some of my favorite things to do in the city, hands down! 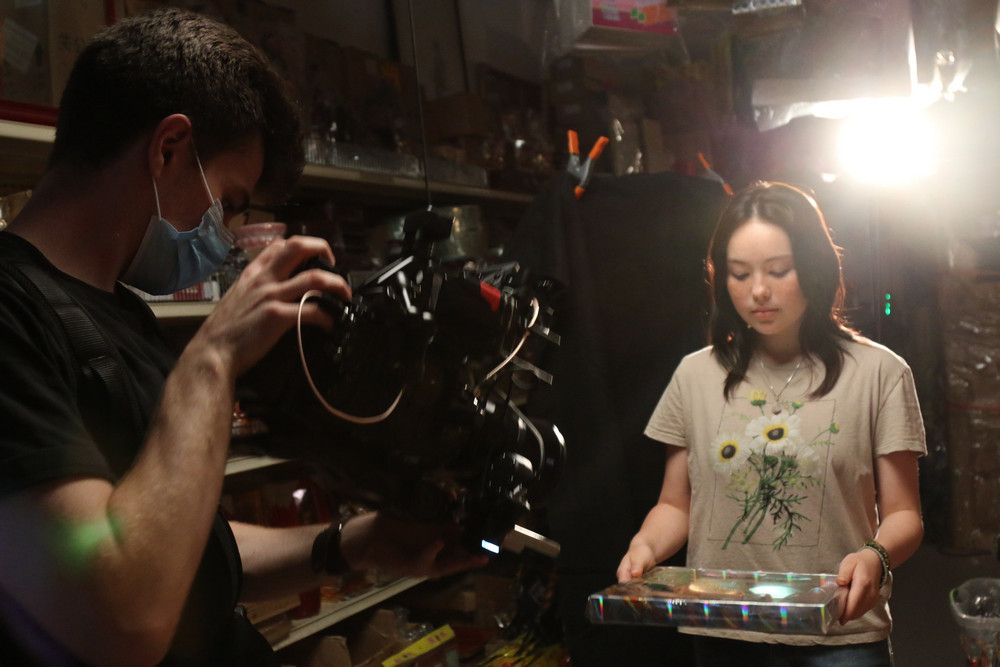 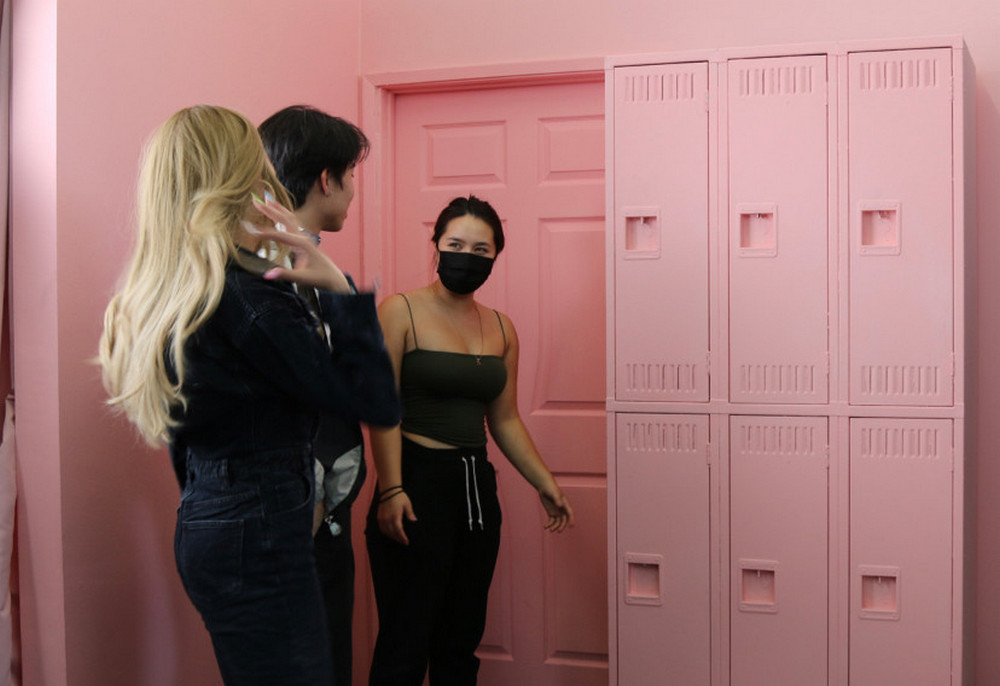 The Shoutout series is all about recognizing that our success and where we are in life is at least somewhat thanks to the efforts, support, mentorship, love and encouragement of others. So is there someone that you want to dedicate your shoutout to?
It’s a cliche, but my parents do. Neither of them are in the industry but they’ve supported my love of film since day one. In fact, my dad was the person that introduced me to films. We used to film a “show” called Webkinz Survivor (which is exactly what it sounds like) and it was our little shorts that got me interested in filmmaking in the first place. Not only did my dad introduce me to film making, he was the one who helped me realize it was what I wanted to do with my life.

When I was in third grade, I got a homework assignment that said, “Complete the sentence: ‘I like to ______’” And I took it very seriously, even though the examples they gave were “I like to ride bikes” or “I like to eat ice cream”. But I sat there brooding with thoughts like “what do I want to do with my life?” My dad came downstairs and saw me, brow furrowed at the kitchen table, deep in existential contemplation. He asked me what was wrong and I told him “I don’t know what I want to do with my life”. He was very practical and reminded me, I was eight. Even if I decided I wanted to do something, I’d probably change my mind. However, I was insistent on choosing my career right then and there so he indulged me. He said “do you want to be a chef?” I said “nope, fire, even from the stove, freaks me out”. He said “do you want to be a musician?” Again, it was a no from me. We went through a few more until he said “do you want to be a film maker? You seem to have fun when we work on those Webkinz challenge” and that clicked for me. I said “yeah, I think I do”. Over a decade later, I’m still at it so I guess that ended up being a pretty important homework assignment.

But in all seriousness, in the years that followed my dad and my mom (sorry mom you kinda got left out of that story!) have been unbelievably supportive. They’ve both helped me find camps and programs, driven me to internships, and helped me pursue my dream of going to Film School at USC. I seriously don’t know what I’d do without them. 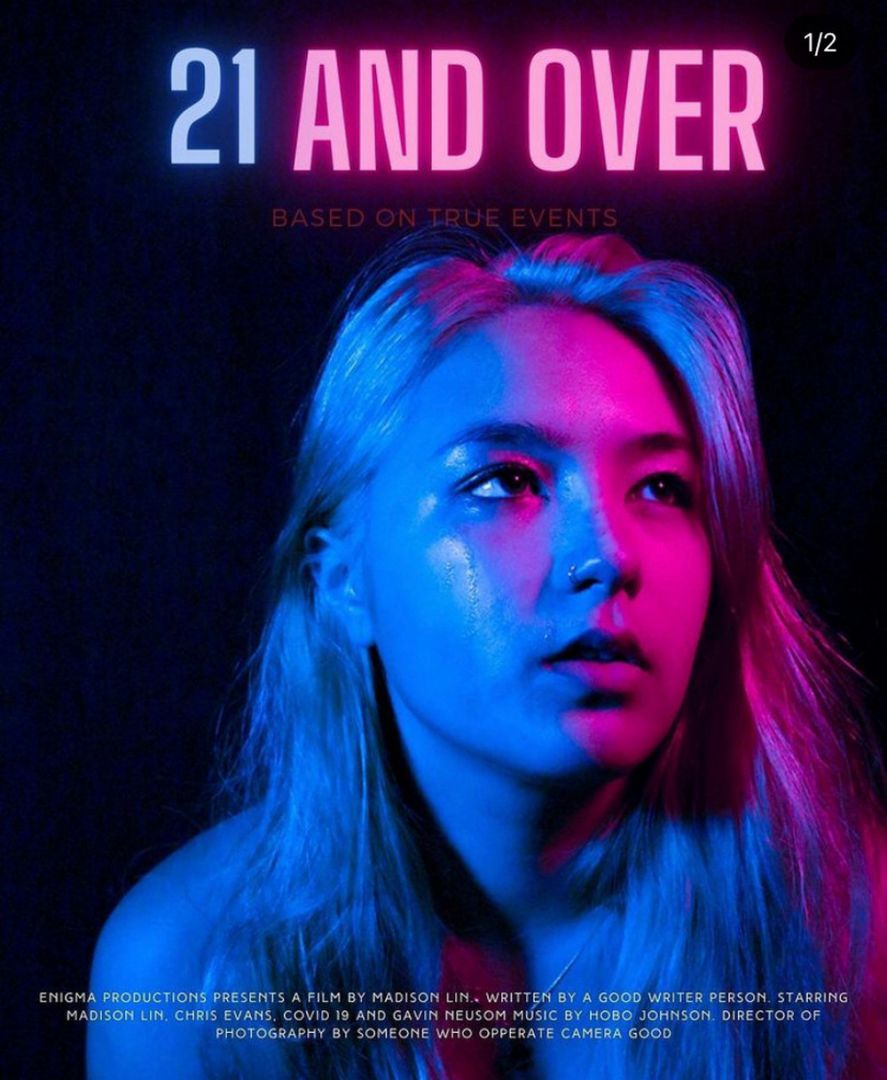 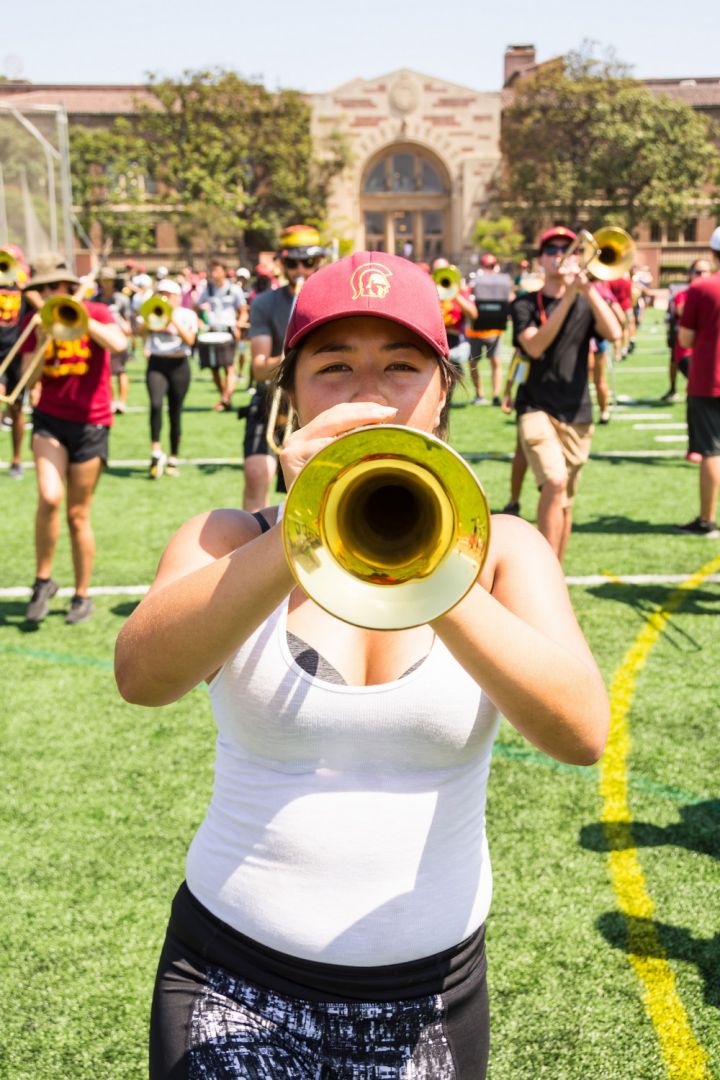