We had the good fortune of connecting with Malachi Moore and we’ve shared our conversation below.

Hi Malachi, do you disagree with some advice that is more or less universally accepted?
Whether its first intentions were constructive or suppressive, there’s this notion our culture has embraced of forcing a positive conviction as our most authentic selves; that any mental illness or negative feeling can be nullified by conveying only an optimistic point of view. The impulse to do so is uncanny and has made the conversation surrounding mental health all the more taboo, at least, from my experience growing up concurrently with social media as a Black individual. How we’ve been inclined to handle uncomfortable emotion is to disregard them completely. I believe it affects and is encouraged with men more than is let on, and as someone who has been on both ends of the scale, being unaware of ourselves only allows a certain level of genuineness and stalls progression for everyone involved. Creatives–Black creatives especially–carry the responsibility of delineating authenticity in our work; I see no advantageous outcome from obstructing negative or convoluted aspects of our personalities. In doing that, communication breaks and all of us continue to understand that much less of each other. 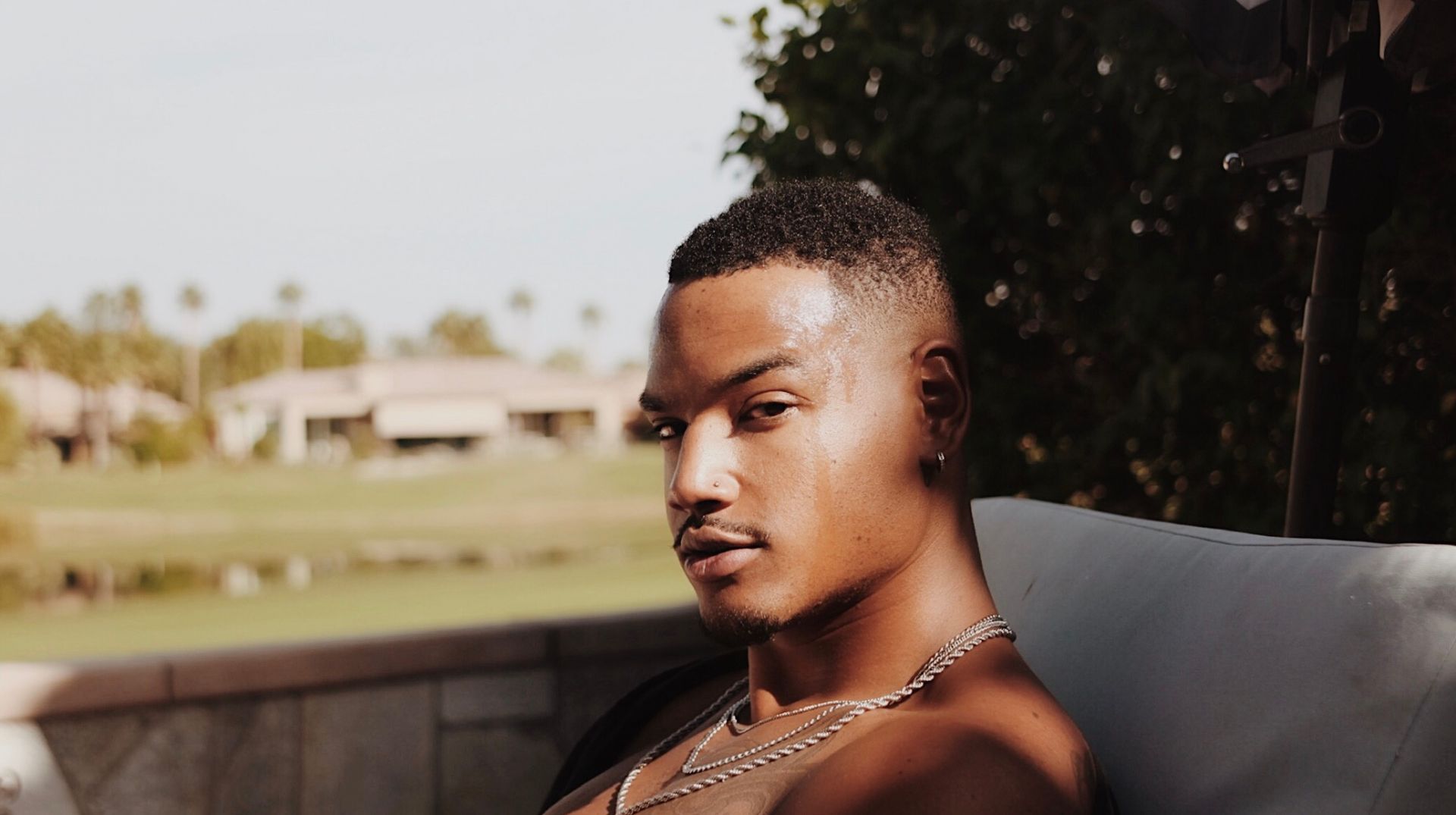 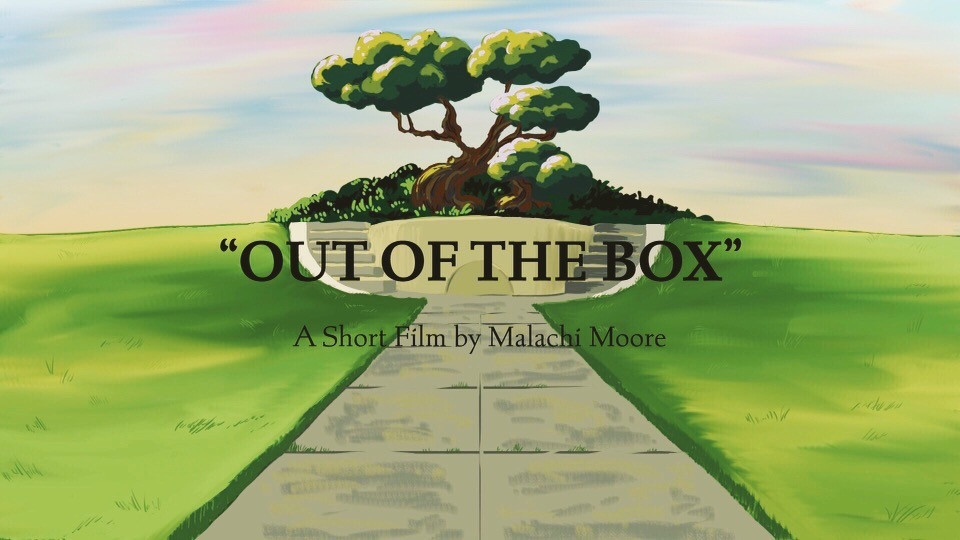 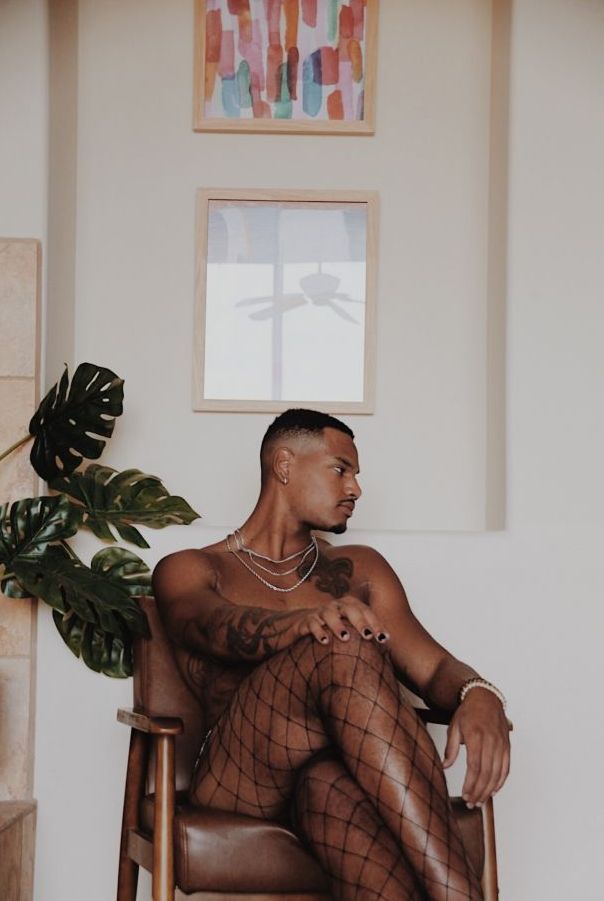 Please tell us more about your career. We’d love to hear what sets you apart from others, what you are most proud of or excited about. How did you get to where you are today professionally. Was it easy? If not, how did you overcome the challenges? What are the lessons you’ve learned along the way. What do you want the world to know about you or your brand and story?
My work deals heavily with “the self”, its function and significance throughout the course of our lives, particularly the struggles men face psychologically and the effect it has on our culture. At every stage in my life, I’ve been surrounded by very few faces similar to my own. It’s a feeling in itself that has made what I do so compelling, because even I can’t put words to it yet, so it only made sense to me that I got into visuals as well. In hindsight the lack of perspective in whatever was shown as being the “quintessential” Black man in film and television left me with a lot of identity issues growing up, seeing no part of myself in these archetypes but going along all the same. And so at Boston College for my undergrad, I relied on who others thought I might be from my status as a division one football player rather than develop a personality of my own. My mother would end up passing away the same summer I arrived, and honestly those next four years were a bit of a depressive blur for me. I spent a lot of time alone from being injured, constantly in pain, glutted and uncomfortable. It’s when I first put forth effort to writing seriously and began to study more classical literature to help deal with the existential dread I felt while attempting to be a student-athlete. Obviously no one looks back to a depressive time with elation, but I owe a lot of who I am now from what I was taught and able to persevere through while there. The most substantial moral I received came only after placing my self-worth in the hands of others. Mind, body and soul, since 2016 I’ve just been trying to reclaim what’s mine. Along the way I’ve been helped to feel more seen through the film and artistry of other Black creatives, and the thought of doing that for a younger generation is really the one that keeps me up. Dreams didn’t emerge as real opportunities until I learned my history and became familiar with myself. In that sense, I think the only thing that separates me from others–other than constantly overthinking– is now being comfortable with my fears and insecurities, and maybe possessing a bit of unfamiliar candidness on the topic. In doing so however, I am everything I thought a Black man couldn’t be. My time in film school at LMU was about learning the skill of storytelling and how to craft authentic narratives in different mediums. I’m very proud to say that what I’ve done so far and what’s to come will only aim towards progression. 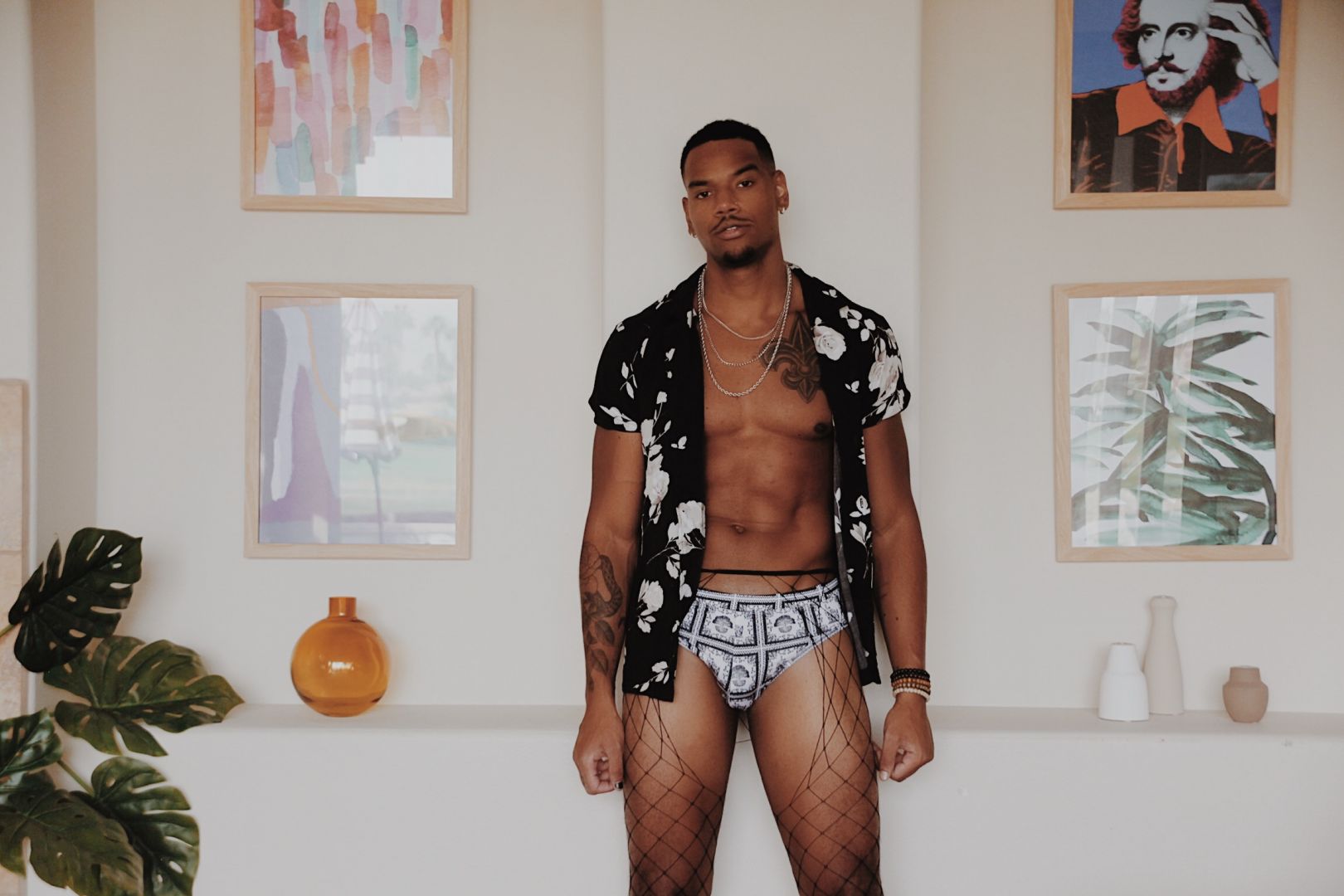 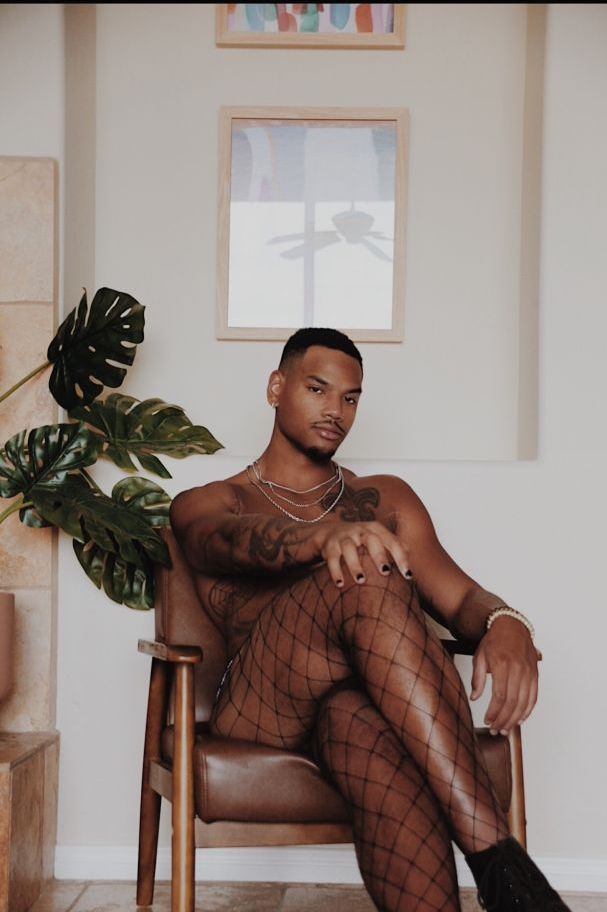 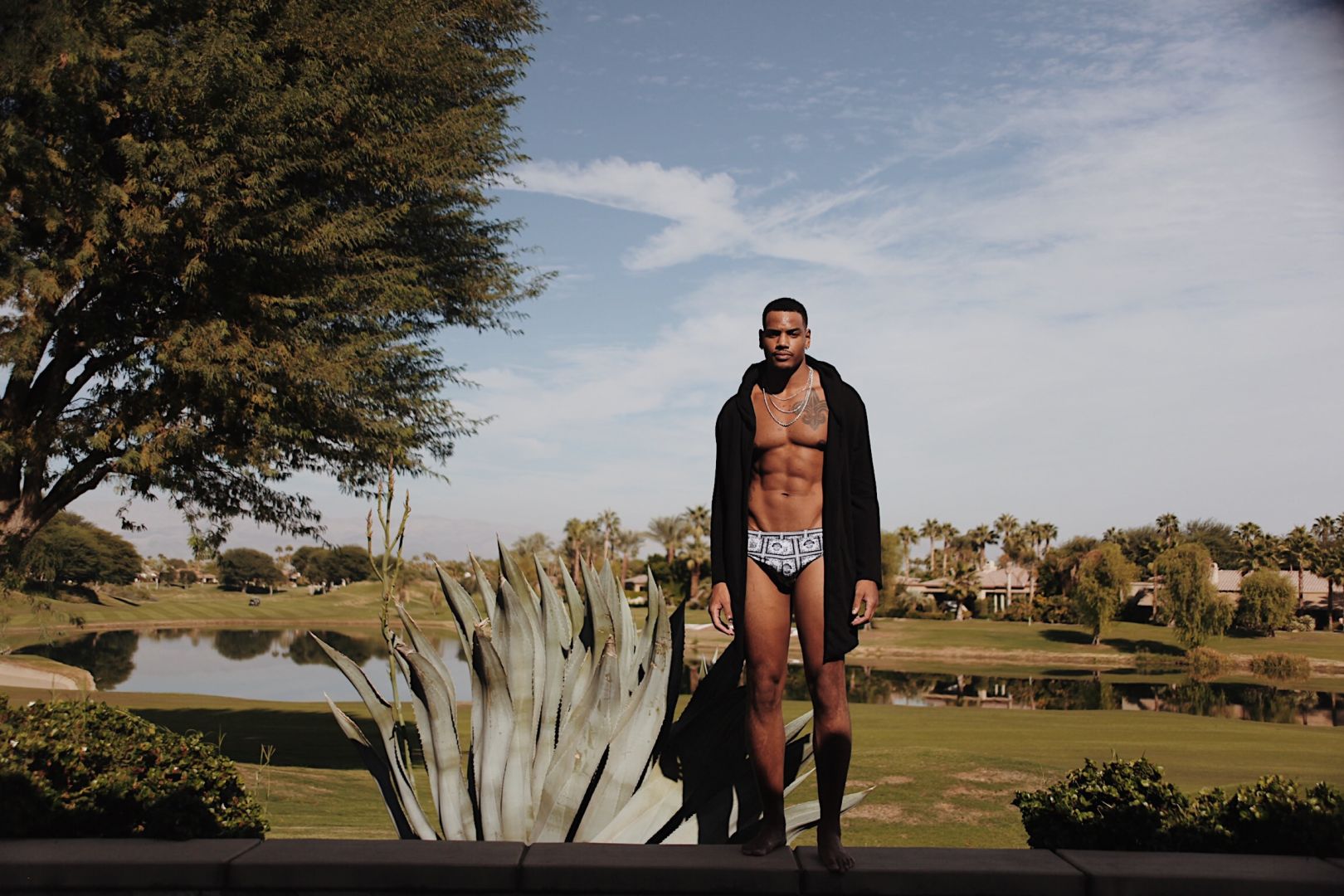 Let’s say your best friend was visiting the area and you wanted to show them the best time ever. Where would you take them? Give us a little itinerary – say it was a week long trip, where would you eat, drink, visit, hang out, etc.
Oh…wow. Well any one of my friends would know that I can be a bit reclusive, sometimes to a fault, so I’m sure I wouldn’t be the best contender in providing the full “LA Experience”, BUT I do put on for my peoples and would certainly make it work! *In a fantasy world where people wore masks and didn’t prolong the pandemic* Because it’s time for me to be *extra* social, it also being the first inquiry from people back East, the first destination that comes to mind is “Sweet Flower” on Melrose. It’s comforting, which is unappreciated with dispensaries, and one of the few places I’ve been with friendly, diverse faces that don’t profile. I mean, hover. I’d try to take full advantage of the weather here and spend most of our time outdoors, starting the trip off at Hermosa Beach and making our way up to Malibu, making a prolonged pitstop in Venice for the cuisine. When I was working as a bartender at The Brig, Abbot Kinney would host an abundance of food trucks the first Friday of every month. There’s something about the warm, hazy atmosphere of a crowded street, surrounded by delicious, hand-crafted food and loud music that sounds appealing to me; call me crazy! Walk just a few blocks up the road and you’re on Main St. in Santa Monica. Hello debauchery. Koreatown would be saved, ‘best for last’ simply because of the temptation to return again and again. I’d request that everyone brought their dancing shoes–black chucks for me– to “Bulgogi Hut” on Wilshire and eat as much Korean BBQ as they could. I’d tell them to get those extra calories in, get another round of the table-preferred flavored Soju and march everyone down to “Break Room 86” like the black parade. I won’t spoil anything for anyone who hasn’t been, but it’s the safest way to travel back to the 80’s. I’m clearly fantasizing at this point–it’s been too long–but the invitation is open to anyone once this virus is under control. Wear a mask… 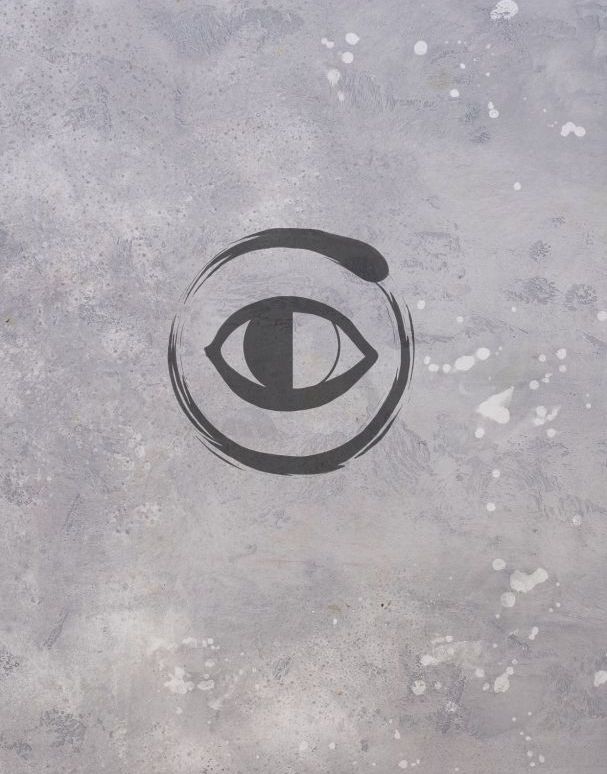 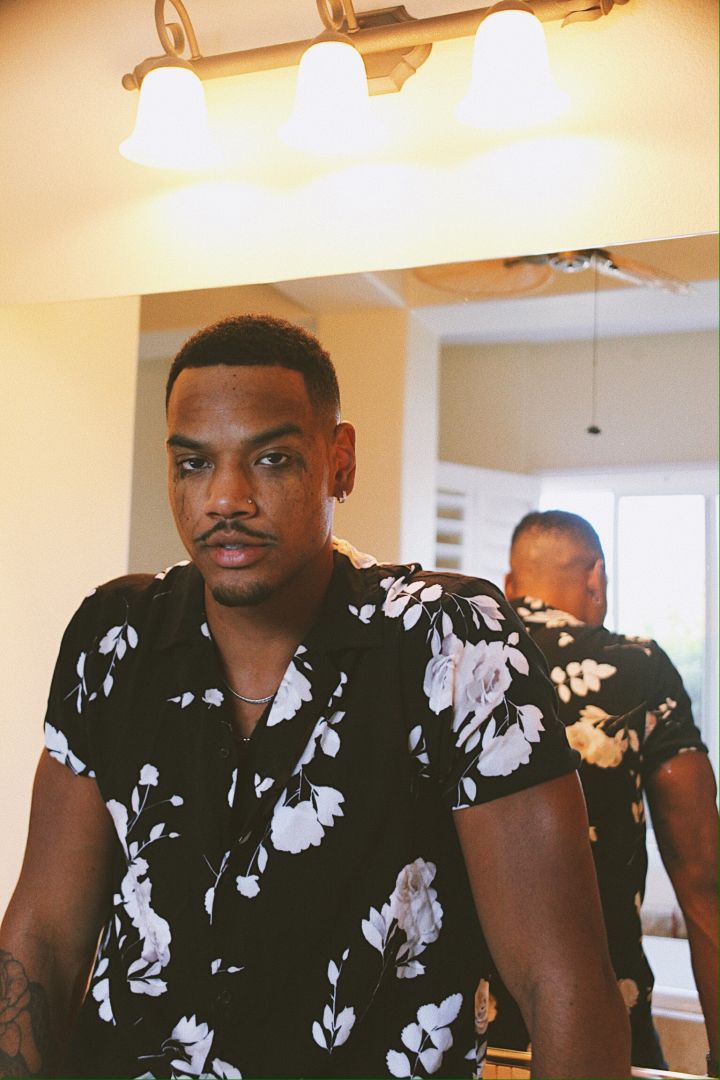 Who else deserves some credit and recognition?
Absolutely! My father’s favorite comment to make after anyone ever refers to my sister or I is, “It takes a village!” It’s a proverb that I’ve heard after every life achievement–no matter how big or small–and it was never something that came across as a precept, but a simple gesture of acknowledgement to all of those involved in raising me; to this day, I don’t think he knows how much that stuck with me, and after my mother passed it became profoundly clear. It’s allowed me to reflect in real time and recall back to the broad spectrum of insight I’ve received from those individuals. That is not only my family and resting mother, but the teachers, professors, bosses, coaches, mentors, and common travelers I’ve encountered so far whose names come to mind. Two degrees, nineteen years of education, countless sports teams, and five lived-in states later, the names are abundant and still crystal clear! If for whatever reason anyone of them comes across this article, I’d like them to know that I recognize the significance of imparting humanistic morals in one another. I hope that through me and my work, they see the benefit of doing so. Of course, a huge special shout-out to my big sis, Vanessa. Organically it seems the two of us both set high expectations on ourselves, but she’s been leading the way–clearing a path for me–this entire time, all while strenuously thriving in a system that gives her little to no favors. People need to get hip to the temperament and resiliency of Black women; I owe all of mine to her. Finally, I have to recognize all of the Black existential writers whose artistic perspective of the Black experience have provided me with cognizance, comfort and inspiration. All of them have given me courage in feeling more seen.