We had the good fortune of connecting with Maria Quintana and we’ve shared our conversation below.

Hi Maria, what’s the most difficult decision you’ve ever had to make?
The most difficult decision I’ve ever had to make was step out to my comfort zone, that means when I decided to move to LA and push the reset button. When I decided to pursuit my dream I knew will not be easy to make it happen and will be challenge. Be latina and women in other place that is not your country is sometimes challenge and hard. For me came to LA was a big change, I made 360º turn. First because it was the first time I left home, and since the beginning I knew my ticket it was one way, with no return. At the beginning it was hard, I’ve always been a family person, for me my family is everything, and be not with them was really hard, I remember crying every night during the first two months in LA. Also, in that moment I was very shy and my english was not perfect. So, I really suffered a lot, in some point I thought “I give up”. But my mother always supported me and gave me the right words to give me strength. Decide to step out of my comfort zone and work hard to pursuit my dream to become a Director Of Photography was the most difficult decision but the best decision that I took and there is not regrets for that decision. 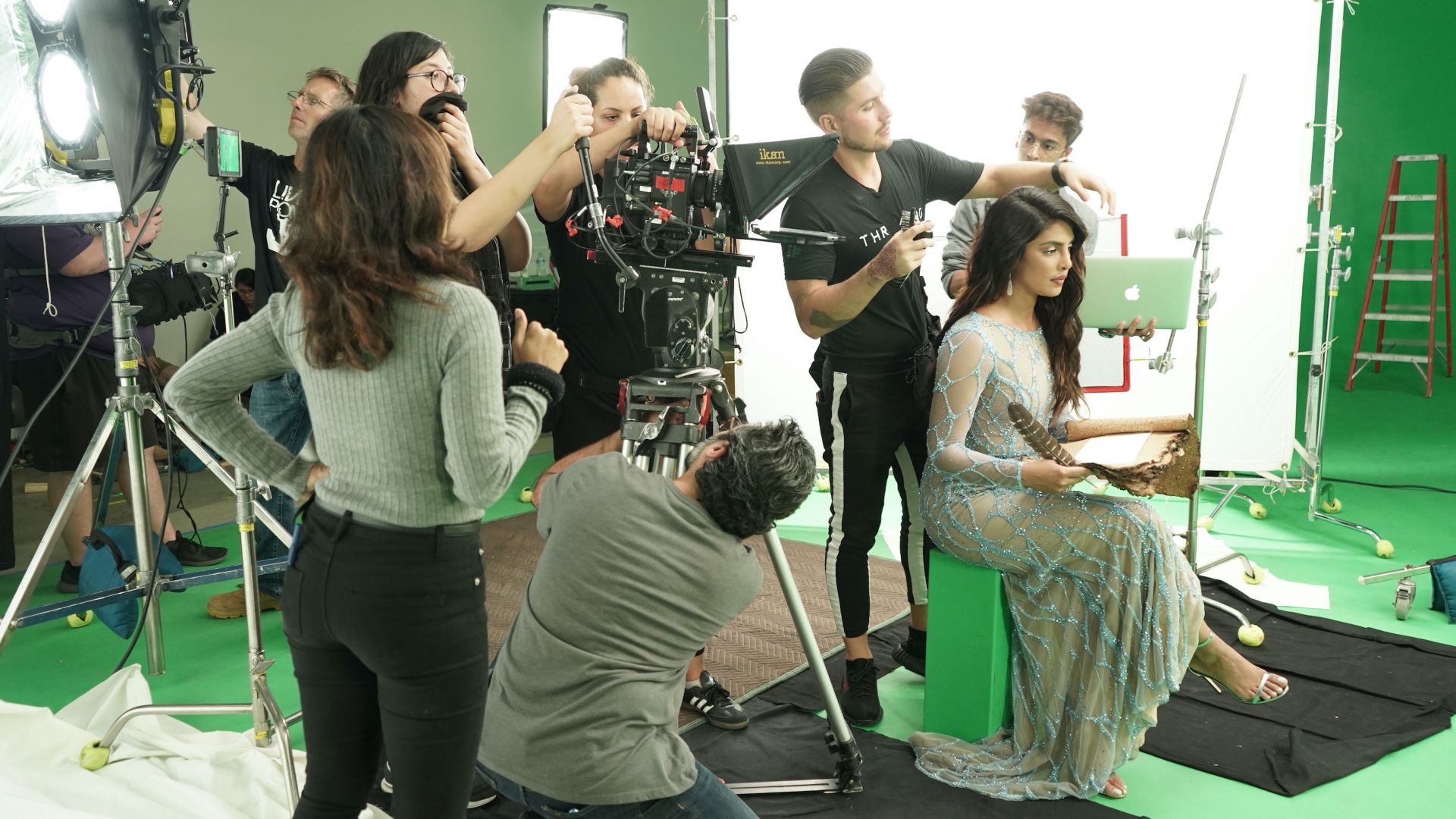 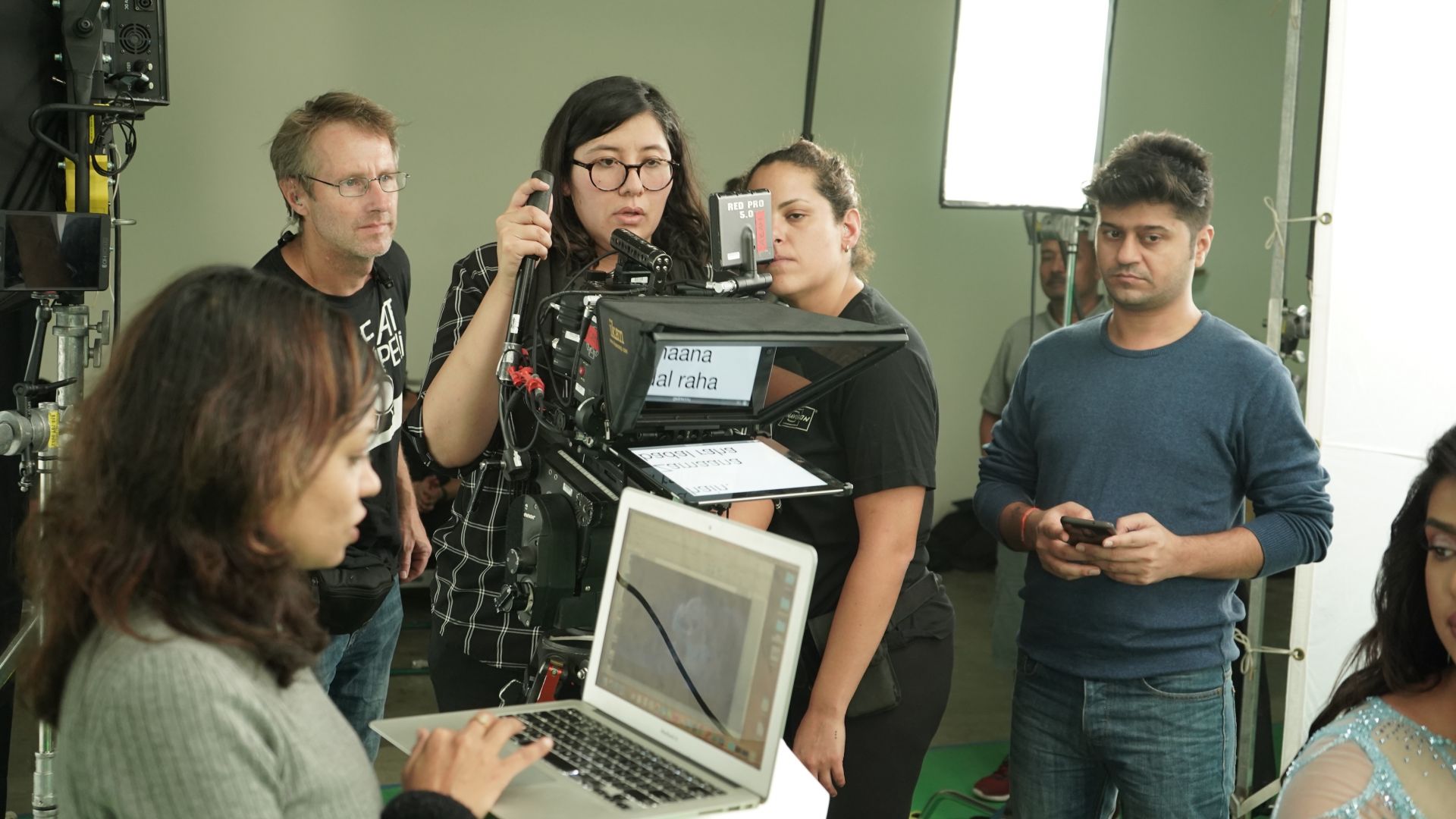 Let’s talk shop? Tell us more about your career, what can you share with our community?
Maria Quintana (Mexico City, January 20, 1986) is a cinematographer who completed a Major in media and communications at the Tecnológico de Monterrey Campus Santa Fe and a Master’s Degree in Cinematography at the New York Film Academy in Los Angeles. Her first steps into the world of entertainment were as a production assistant to Alejandro Franco’s Sessions a television show. Afterwards, she would joined Eugenio Derbez’s project in Mexico where she worked as videographer. She loves the music, and love to go to concerts and live shows, she always was curious about how was possible to capture all the energy you live in that moment. She started working recording some live sessions with independent bands in Mexico as videographer. It was her fascination with music and photography which led her to have some of her images published on magazines such as Rolling Stone, Indie Rocks, and Reconoce MX. She got the opportunity to cover some live shows and took pictures of bands as Incubus, Garbage, Tame Impala, Steven Wilson, etc., Maria’s foray into the film industry was thanks to her work with BH5, who is a mexican film production company, where she participated as still photographer for various films: Que pena Tu Vida, El Habitante, Ya veremos and Escuela Para Seductores. And was there where she found her passion to become a cinematographer and jump from still photography to camera movement. In 2016 she moved to LA to pursuit her dream to become a Director of Photography. In 2019 Maria worked as Director of Photographer for Disney India, shooting a couple TV spot commercials with Priyanka Chopra Jonas here in LA and also a small spot commercial for Amazon Primer with Eugenio Derbez. Nowadays , she is collaborating as concert photographer for some music magazines blogs Concert Updater, Grimy Goods and MXDWN. And work with Alessandra Rosaldo as Director of Photography for her Youtube Channel. At the beginning of this 2020 she worked for Sony Latin Music as Director Of Photography of Debi Nova’s music video “Superpoderes”, music video filmed here in LA. She has also collaborated in multiple short films and music videos as Director of Photography. Her short film called Fenced stands out due to its multiple awards and screenings at diverse film festivals. 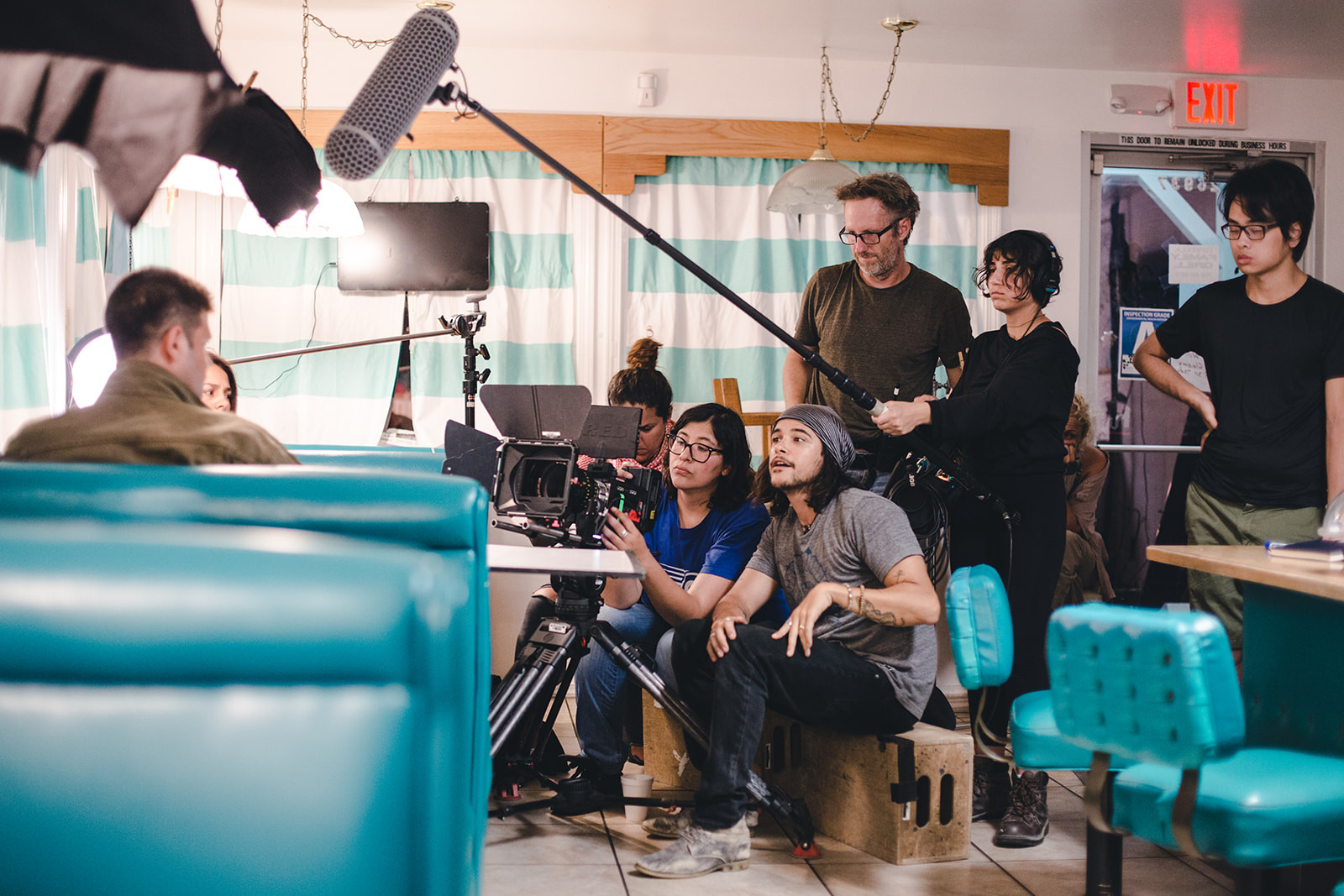 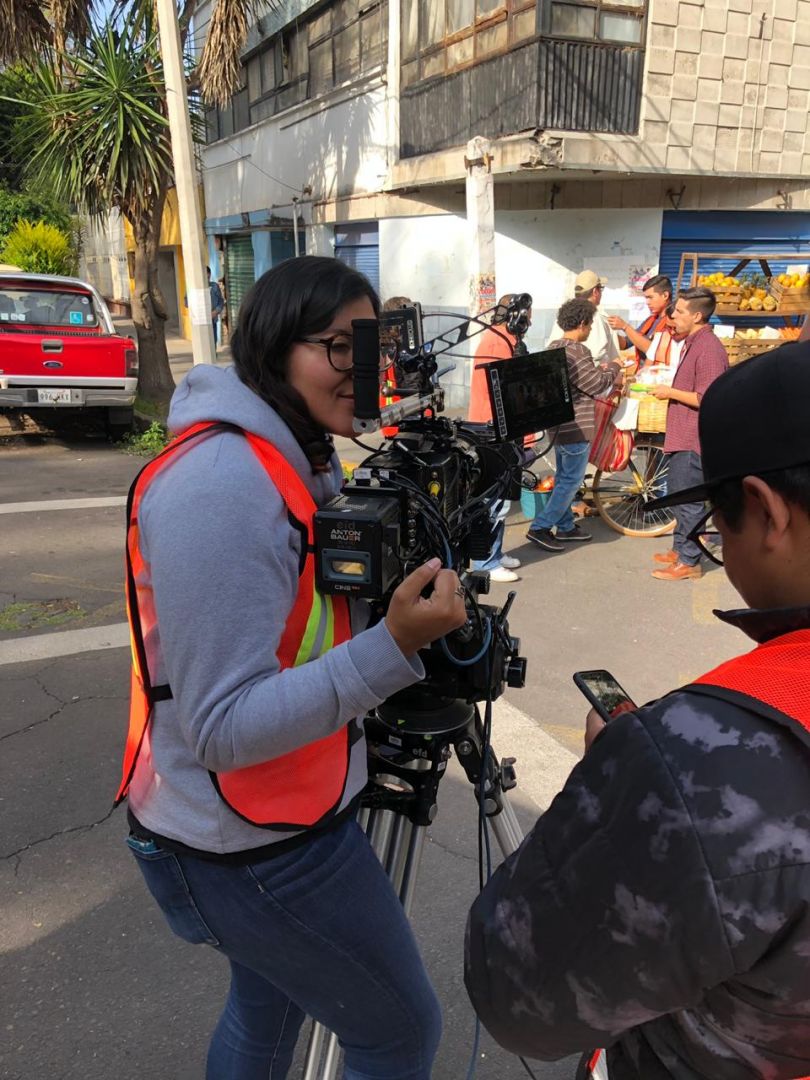 Any great local spots you’d like to shoutout?
Oh my god! I’ve always thought that I’m a boring woman, my daily routine is be on set, and when I’m not working I like to be at home resting, watching movies, etc. But if a friend visit me for sure I would like to take him/her on a road trip, and my favorite route will be the highway 101. For me is one of the best experiences you can have it. I love all the landscape that you can find during the trip, and my favorite thing will be stop in some places like San Luis Obispo, Morro Bay, Big Sur, Camel By The Sea, Monterey, Santa Cruz, etc. It’s amazing, all the nature surrounds you and sometimes you can feel how small are you compared with all the landscape. So, for sure that will be my favorite itinerary to share with my friend. After couple hours driving stop and wait for the sunset. It will be amazing. 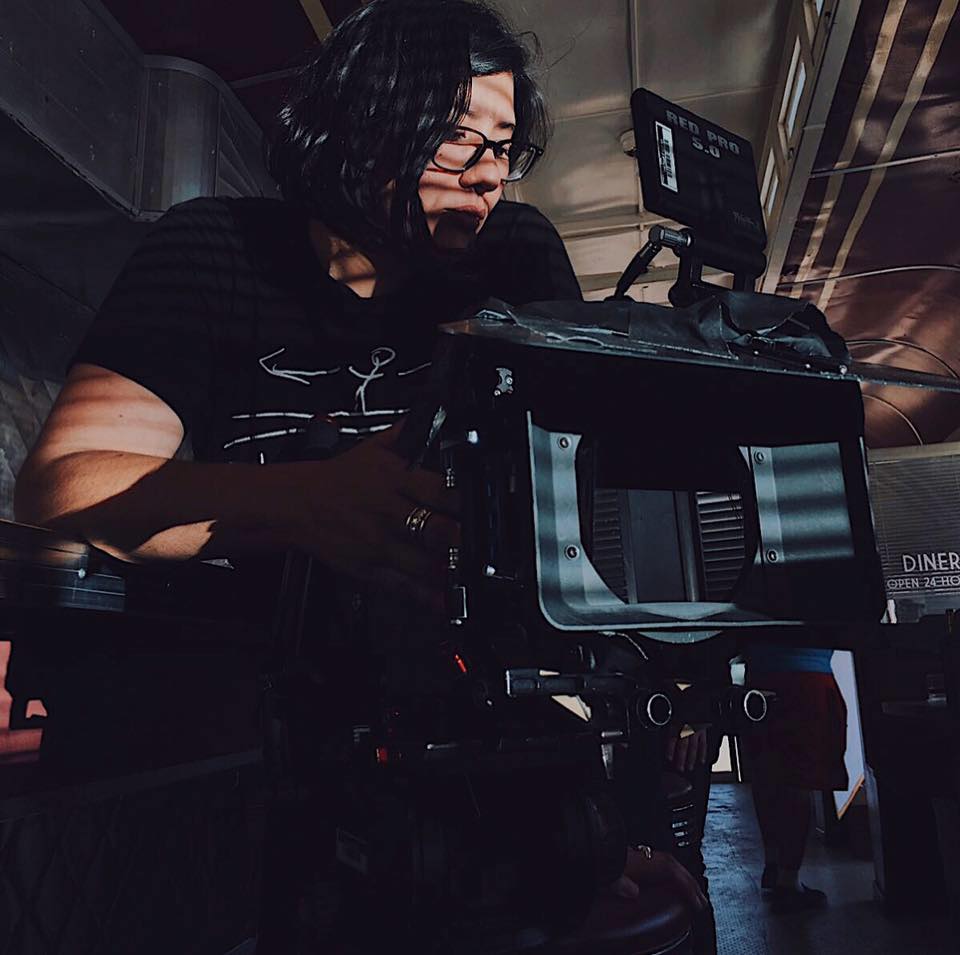 The Shoutout series is all about recognizing that our success and where we are in life is at least somewhat thanks to the efforts, support, mentorship, love and encouragement of others. So is there someone that you want to dedicate your shoutout to?
For sure my family, but in special my mother and little brother. Because of them I’m here in LA living my dream. They always support me and encourage me to keep going and always be the best. They’ve been sacrifice a lot, because since always they’ve believed in my talent, work and they know that I’ll make it.