We reached out to some of our favorite entrepreneurs and asked them to think back and tell us about how they decided to start a business.  Check out their responses below. 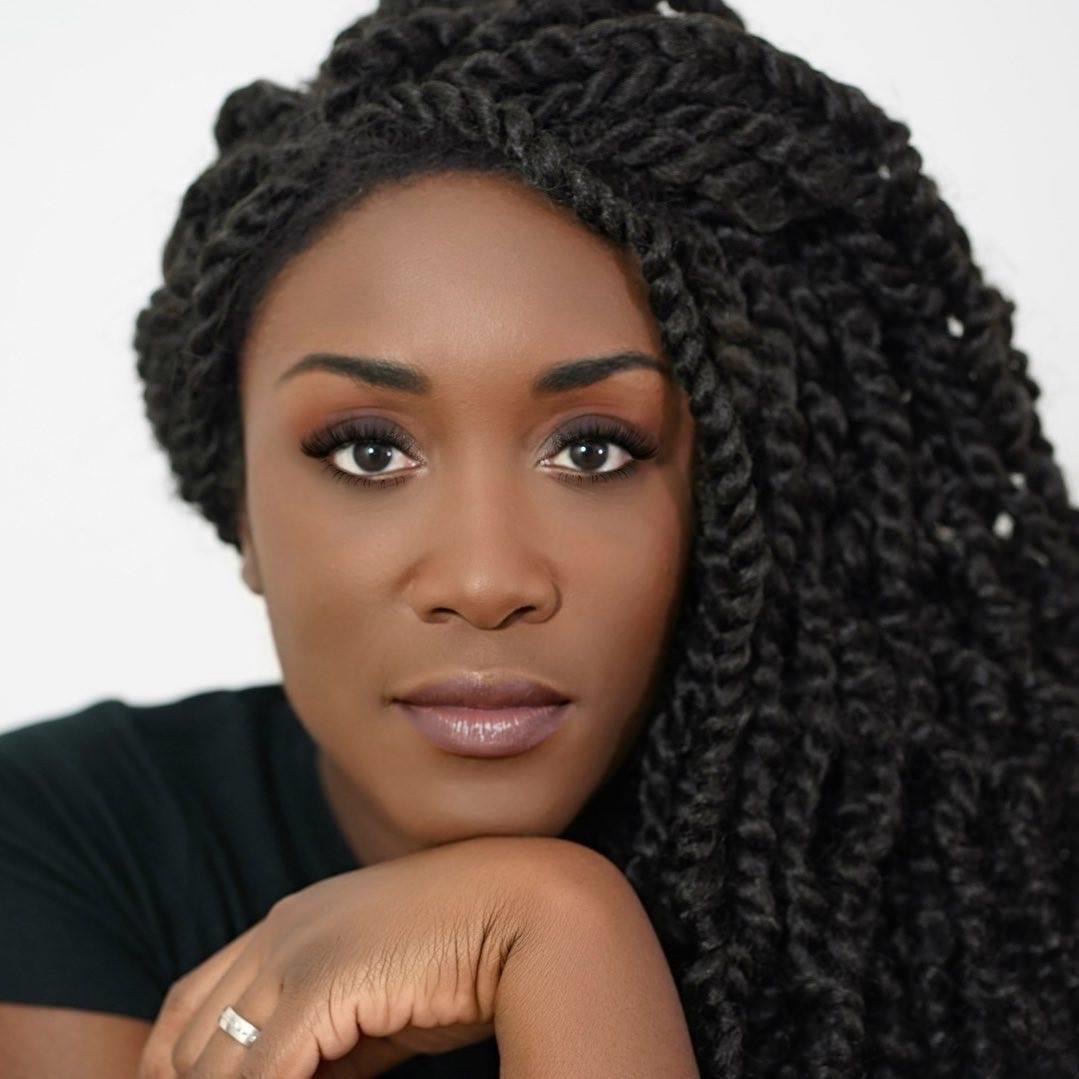 I’ve always been the kind of person that if I’m in a position to help people I will. It’s always been on my heart to create opportunities for people and help people achieve their dreams even when I haven’t fully achieved mine. So when I decided to create my entertainment agency JMV Entertainment, I wanted to be able to provide work for people that I care about and whose talent I believed in. I’m almost 5 years into my business and although the pandemic has put live events on hold, I feel very blessed that for so many years I’ve been able to provide consistent work for so many independent contractors throughout the city. There’s truly no greater feeling. Read more>> 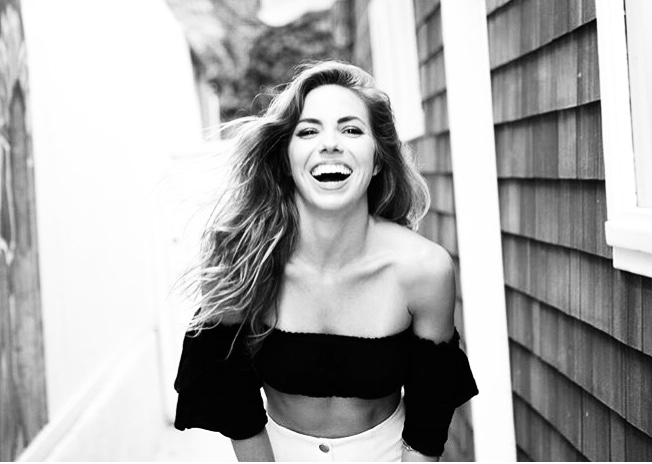 My thought process was “how do I put myself in a position to be able to choose the stories I want to tell? Topics that I can help create a narrative around to be both entertaining and have a positive impact on a certain audience, or the world if I’m lucky. Ones that could spark conversation and hopefully change for the better. And if I can somehow make people laugh at the same time, well that’s a giant cherry on top.” My answer was first to really put this entire idea out into the universe. I started talking to friends and other industry creatives about their interests and about the idea of becoming a producer. Read more>> 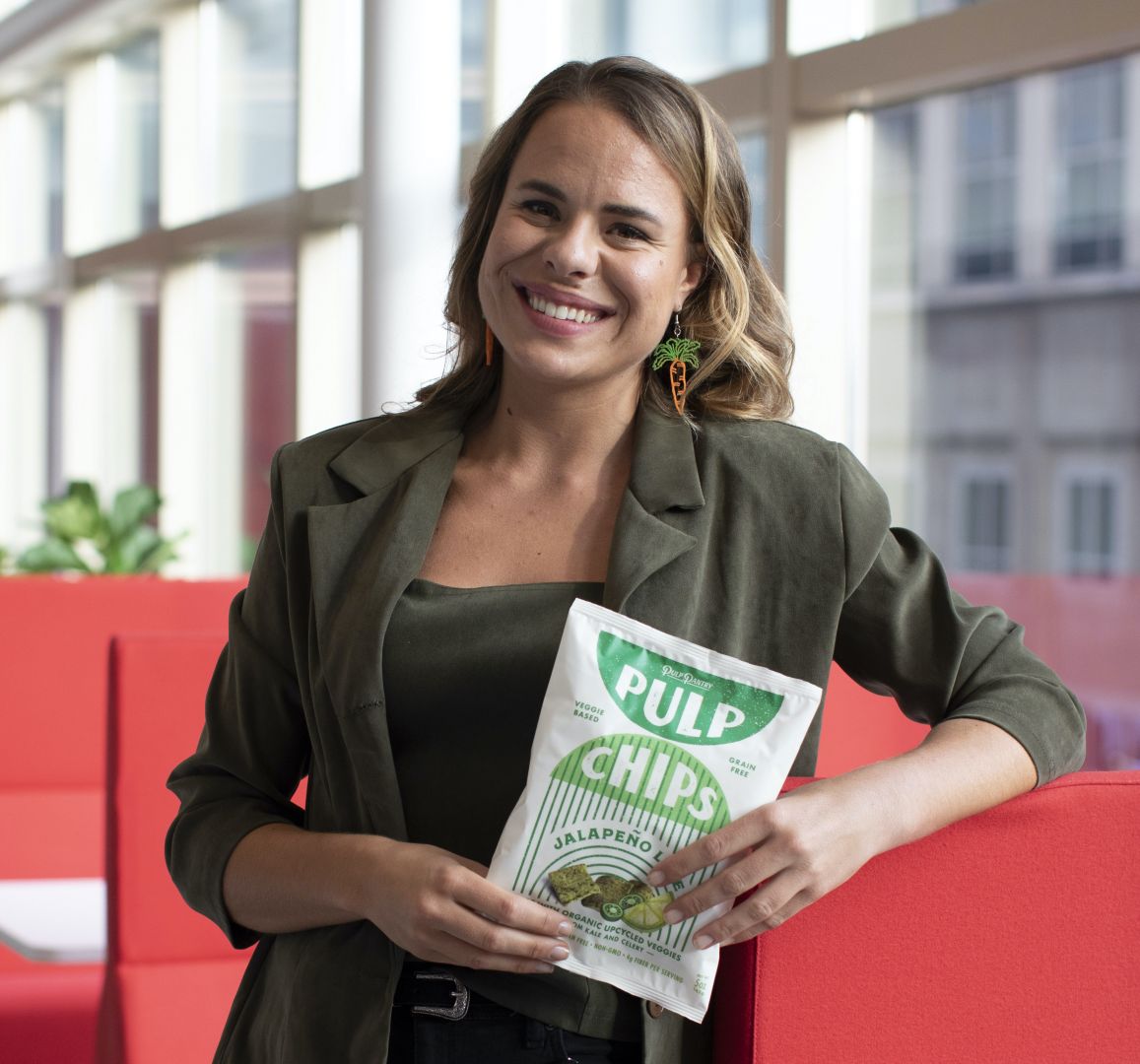 I was a senior in college at USC, working part-time as a teaching assistant at an urban garden attached to an elementary school in South Los Angeles. Our school was located in a food desert – or a neighborhood where healthy, fresh, affordable food is not widely accessible – and I noticed that many kids were reliant on the school to provide food either through the free breakfast program or lunch, or both. At lunch, pizza sauce and fries were considered vegetable servings. Many kids came into the garden and saw fresh vegetables for the first time – carrots, tomatoes, and more. These experiences made me feel a sense of great privilege – having grown up in a community where fresh food was abundant – and great responsibility to help make healthier food accessible for all. Read more>> 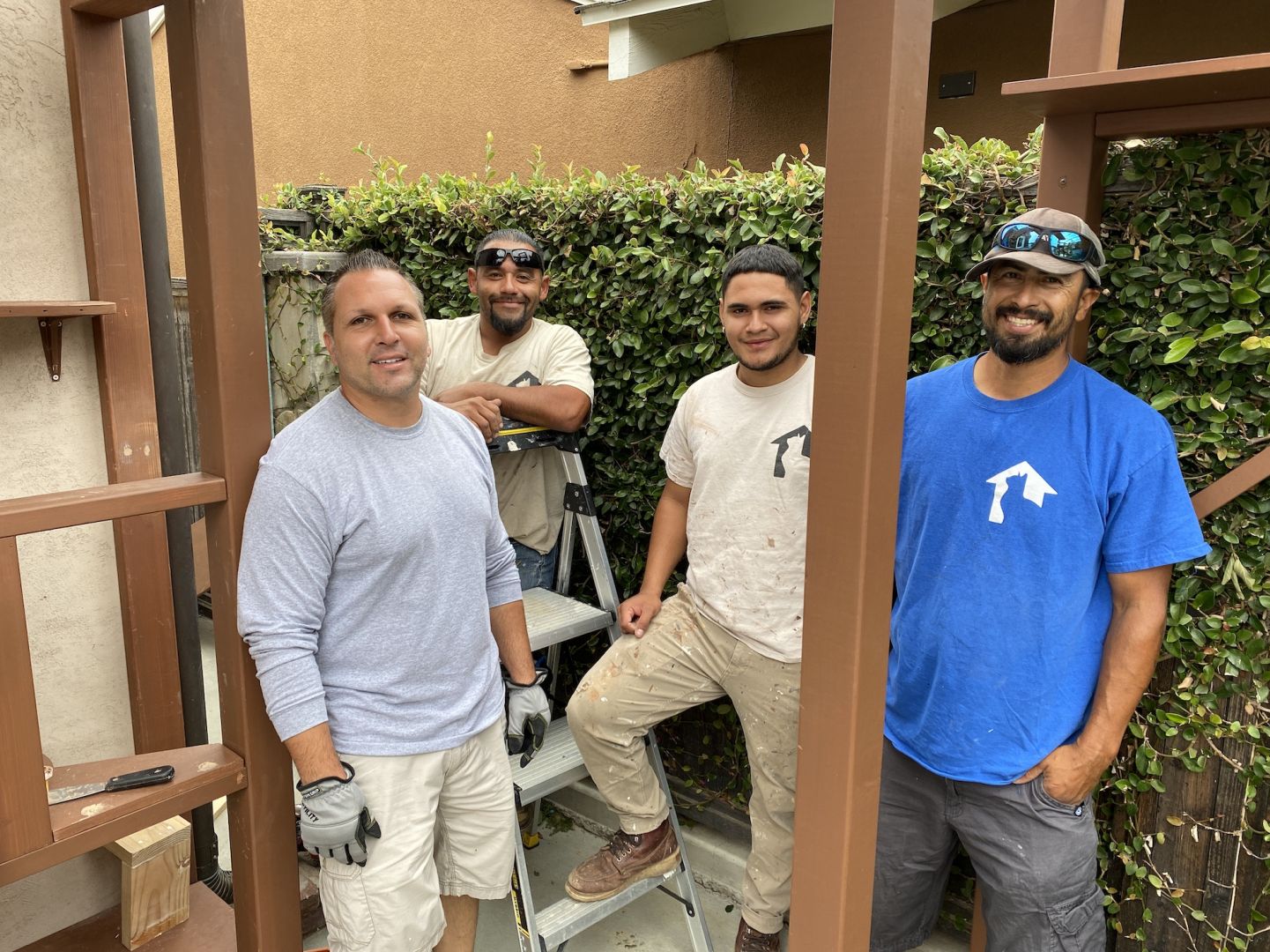 Catios or cat patios have been around for more than a decade. In fact, I built my first outdoor cat enclosure 14 years ago. That said, the idea of creating safe outdoor spaces for feline family members had not penetrated mainstream society. Then the Cat Daddy, Jackson Galaxy, popularized catios on his Animal Planet show, “My Cat From Hell.” Galaxy preached the need to expose cats to fresh air and sunshine while keeping them safe from predators, cars, and other dangers. Suddenly cat guardians everywhere wanted to provide safe environments for their furballs. The options, however, were generally limited to fancy cages or finding a general contractor willing to take on a project with limited knowledge and zero expertise. Read more>> 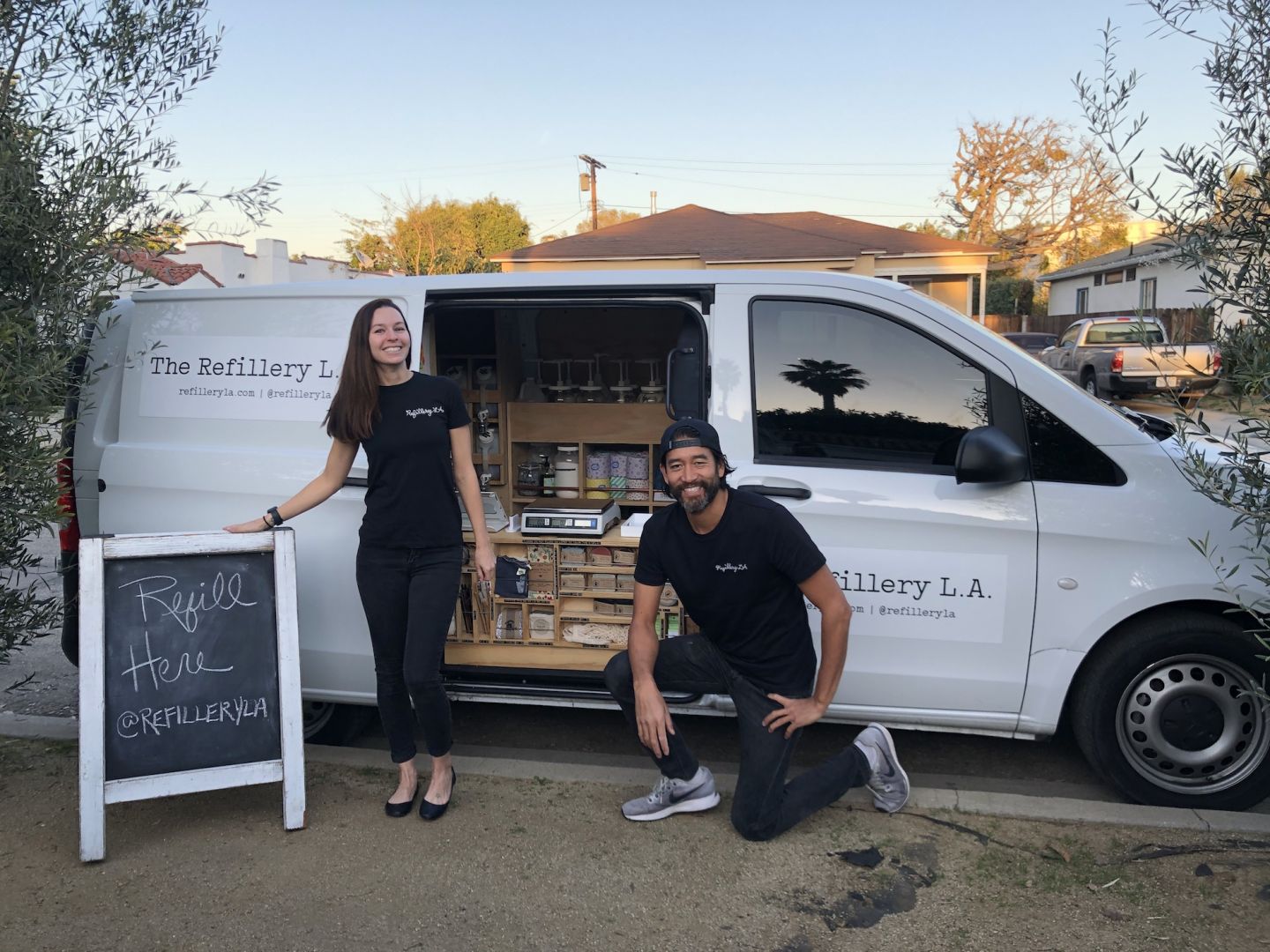 The overwhelming amount of single use plastic we consume has always bothered me. It became shockingly apparent when I was traveling abroad and saw beautiful ocean habitats in remote and uninhabited areas littered with plastic waste. It was heartbreaking. I decided it was time for a change and tried to go “plastic-free” but quickly realized it wasn’t easy. Personal care and household goods such as shampoo, dish soap, and detergent all come in plastic containers. I looked for a way to refill instead of buying these products in new containers but this didn’t exist in my neighborhood. I was sure I wasn’t the only one with this problem so I looked into starting a business to provide this service. But with a limited budget and the cost of leasing a store in LA being so expensive, I couldn’t afford it. Read more>> 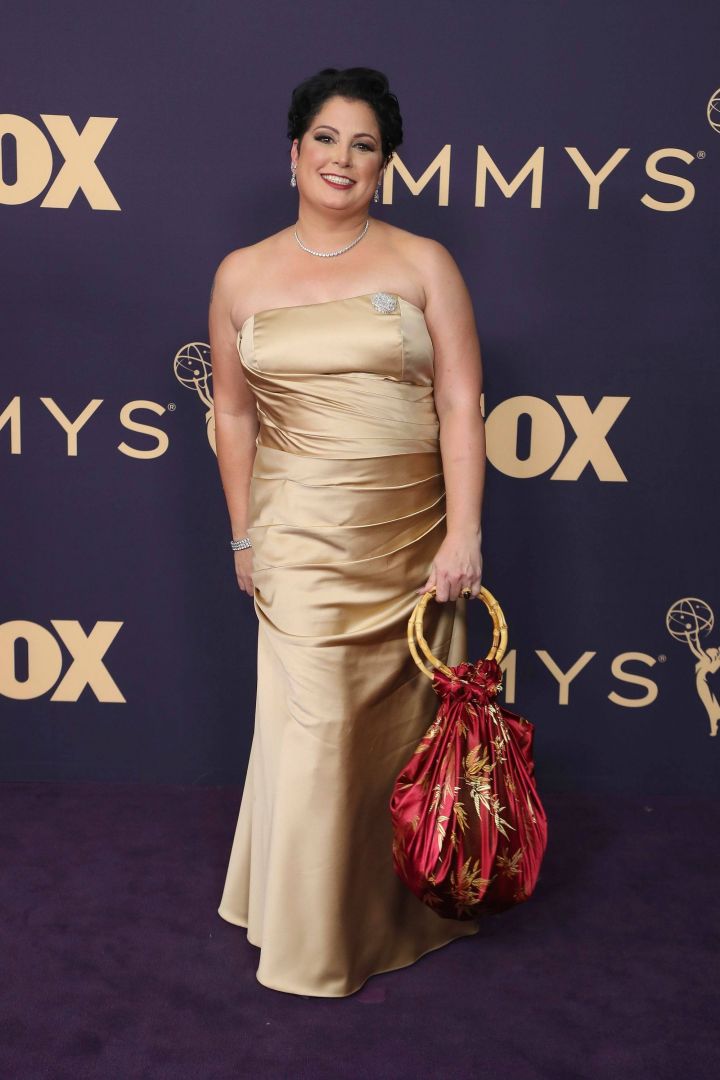 I had always dabbled in selling something throughout my life; Avon, Tupperware, Mary Kay, so when I made this opportunity a reality, to me it seemed a no-brainer; I spent a better part of my life working in the Banking/Marketing Industry; Auto Insurance; the Legal Industry, both in the private and public sectors; Energy and Utilities. It was while I was in the latter, that I cast my net out further and learned as much as I could as a Business Developer, bringing millions of dollars of projects to the table for review and asset management. As an Actor, the skills that I learned over the last thirty (30) years, helped me excel in building my network in the Entertainment Industry and I was extremely comfortable opening, building up and establishing my mission statements for HarLau Productions, The Durham School of Acting as well as HarLau Casting. Read more>> 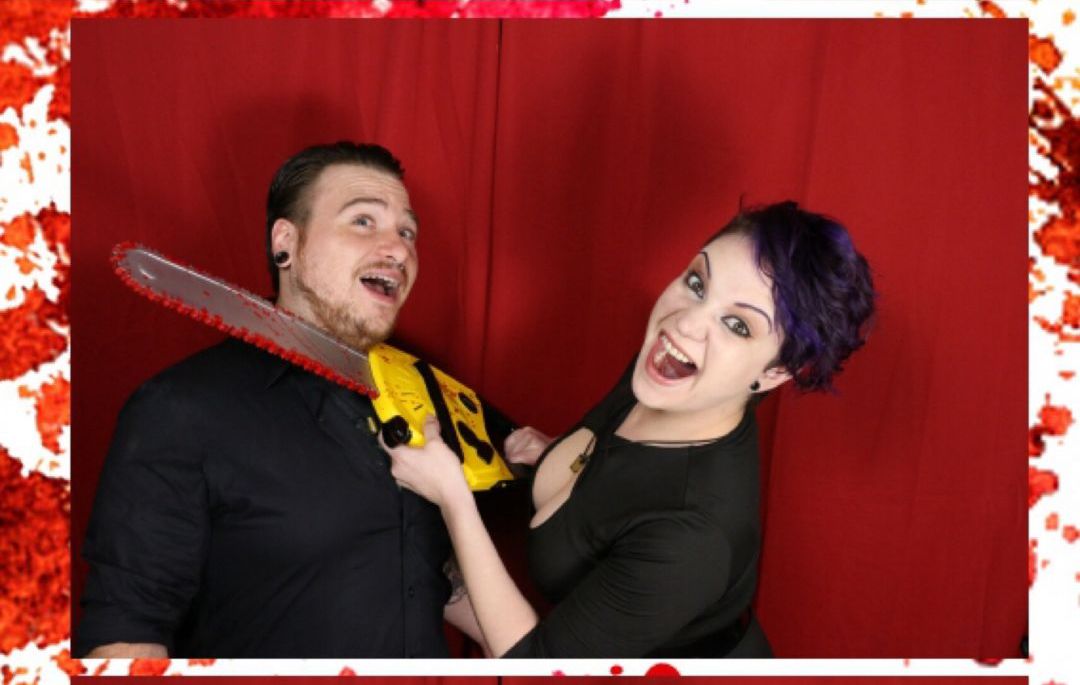 When we first started out, we were both looking for a creative outlet outside of our 9-5 jobs. In the beginning, we were just making art for ourselves and it seemed to resonate with a lot of people. We received a lot of great feedback and quickly realized that we could turn our hobbies into a business. Throughout our journey, we wanted to stay true to making quality products that we would want to own ourselves. Read more>> 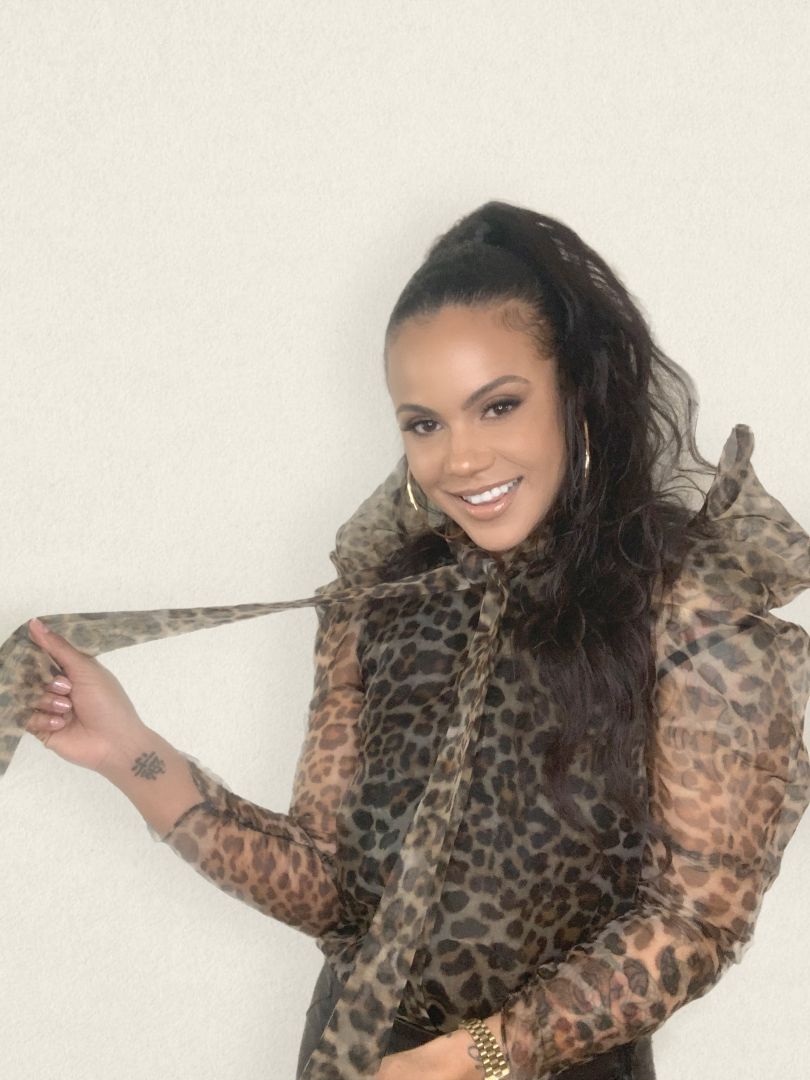 This is a great question, and I like to answer this question because when I started my business I was in a low place. I think traditionally, we’d like to be in a stable and steady place where we feel like we can take the risk and if it doesn’t work, we can handle the fall. But personally, I had already fallen, to a low place. My spirits were low, mentally I was broken, physically I was in the worst shape of my life, I wasn’t eating, nutritionally deficient. It was bad. I was a new mom, battling through post-partum, a separation and break up, verbal and physical abuse. I had become numb, but it was because of this “numbness” that I decided to start my business because if I couldn’t feel pain, I couldn’t feel fear. I had no fear. Read more>> 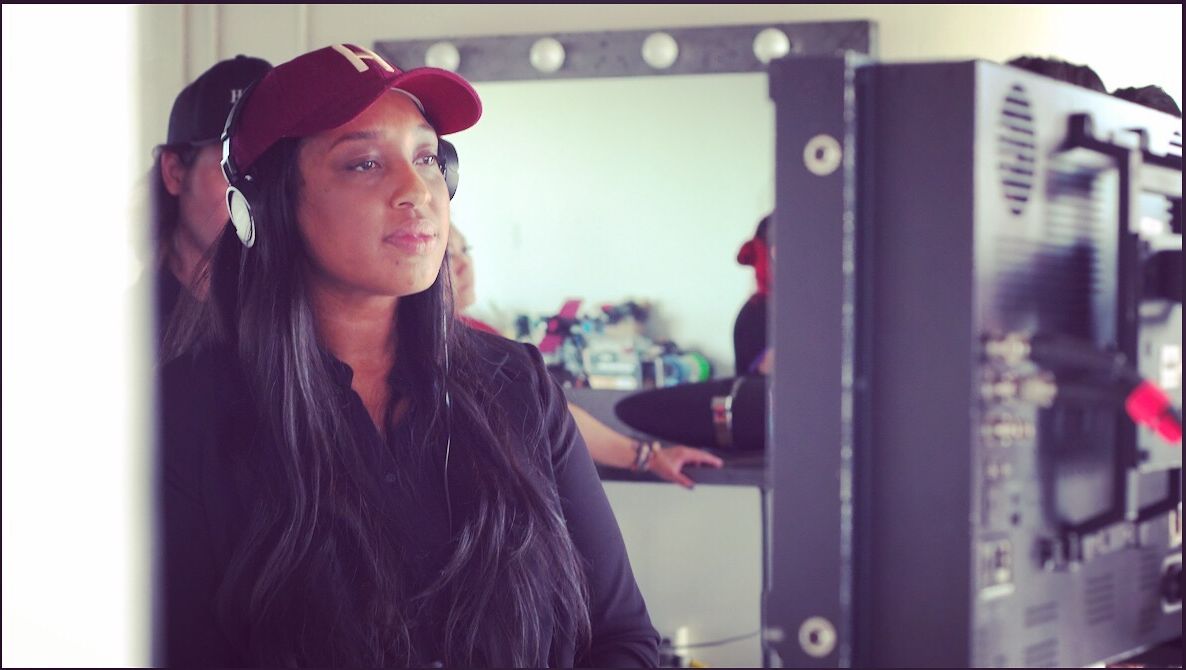 In 2018 it was reported that Black women represent just 3% of all faculty at US colleges. That number is probably halved when you consider Black female professors teaching film or film production in an MFA program. Personally, I’ve only ever had one Black female professor teach me film. That one professor wrote my recommendation letter for Columbia University Graduate MFA Film program. I was just a girl from Chicago who had never picked up a camera before nor been on a set, and the one woman who I learned film from, who looked like me, changed the trajectory of my life and I was off to New York City to study film with the industry’s leading experts. If she could impact my life by introducing me to the multitude of roles in film production that girls where I’m from might not be familiar with, or introduced to young enough to make it a college major or career path. Read more>> 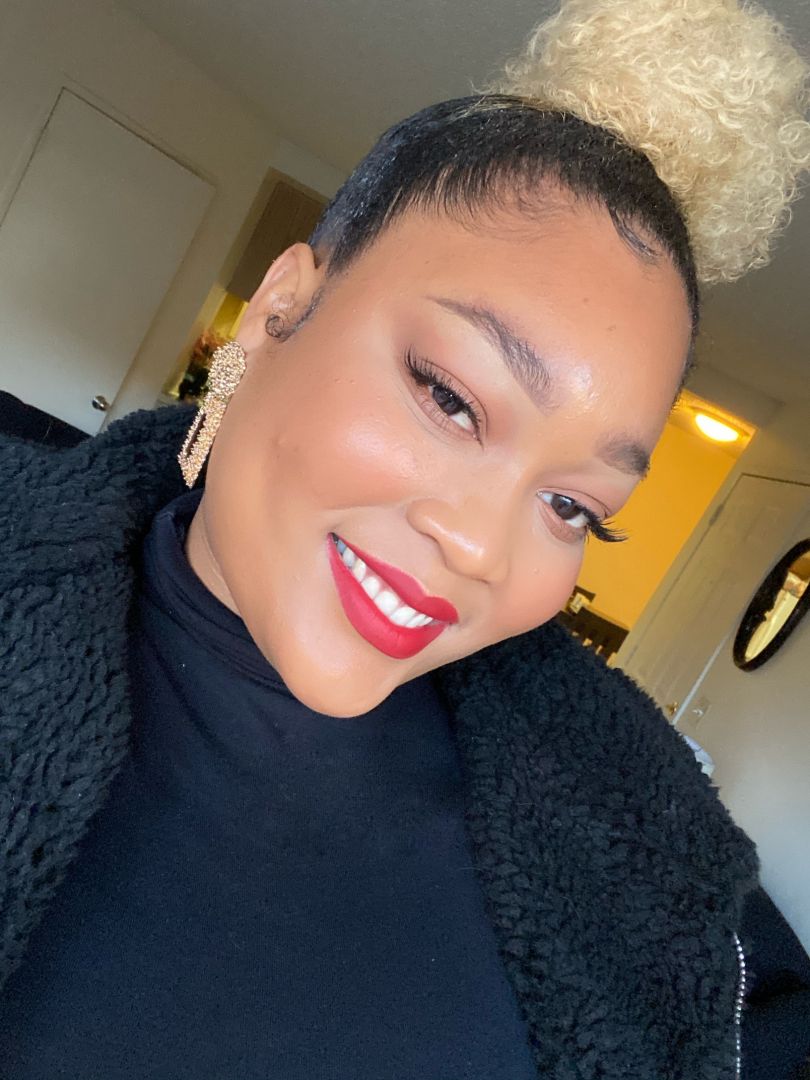 I’ve always wanted to be my own boss and make my own rules. I’ve been in the beauty industry for 10 years as a makeup artist but I realized a had another passion as well, which is food. I’ve been vegan for 3 years now, and I never wanted to get bored with the food I ate. So I started to come up with my own recipes and my own versions of things and people would tell me it was good. I started to get more and more into it until I decided I wanted to create a blog and share my ideas with the world. The blog is called PlantThangz and it’s where I share all of my favorite plant based recipes. I’m also working on creating plant based meals to sell to people when they just don’t feel like cooking. Read more>> 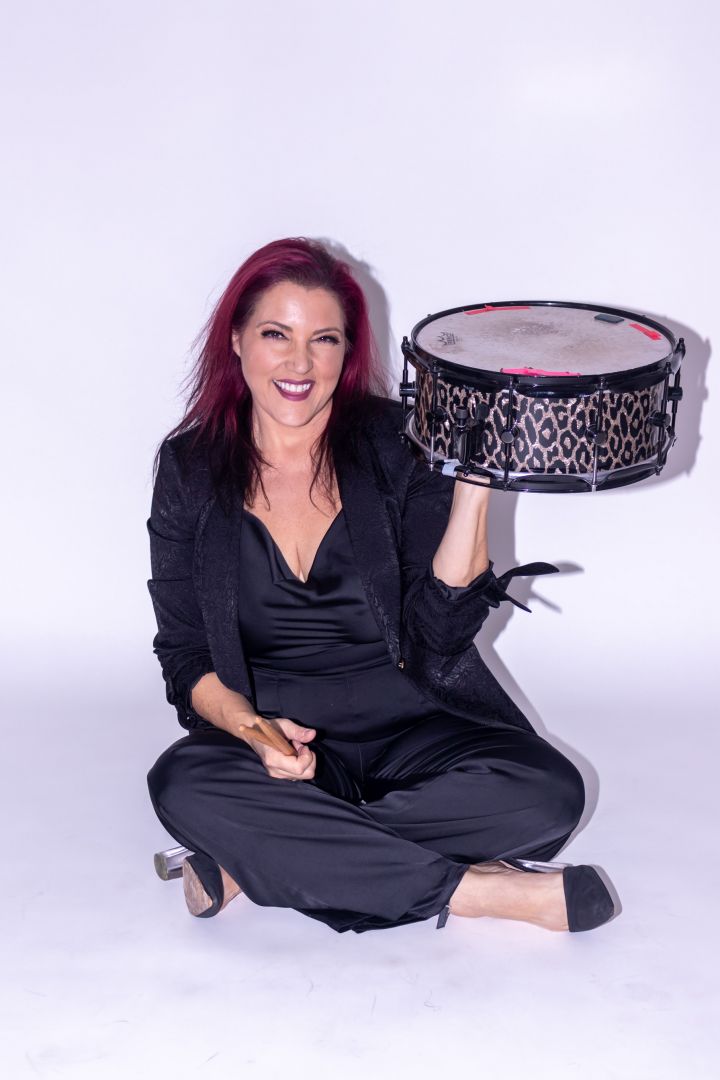 My thought process behind starting my own business was to put everything I have into it. I removed the safety net of a full-time pay check to focus my energy on success, and didn’t give myself the option to fail. I allowed the fear of failure to drive me forward instead of freezing me in place. Read more>> 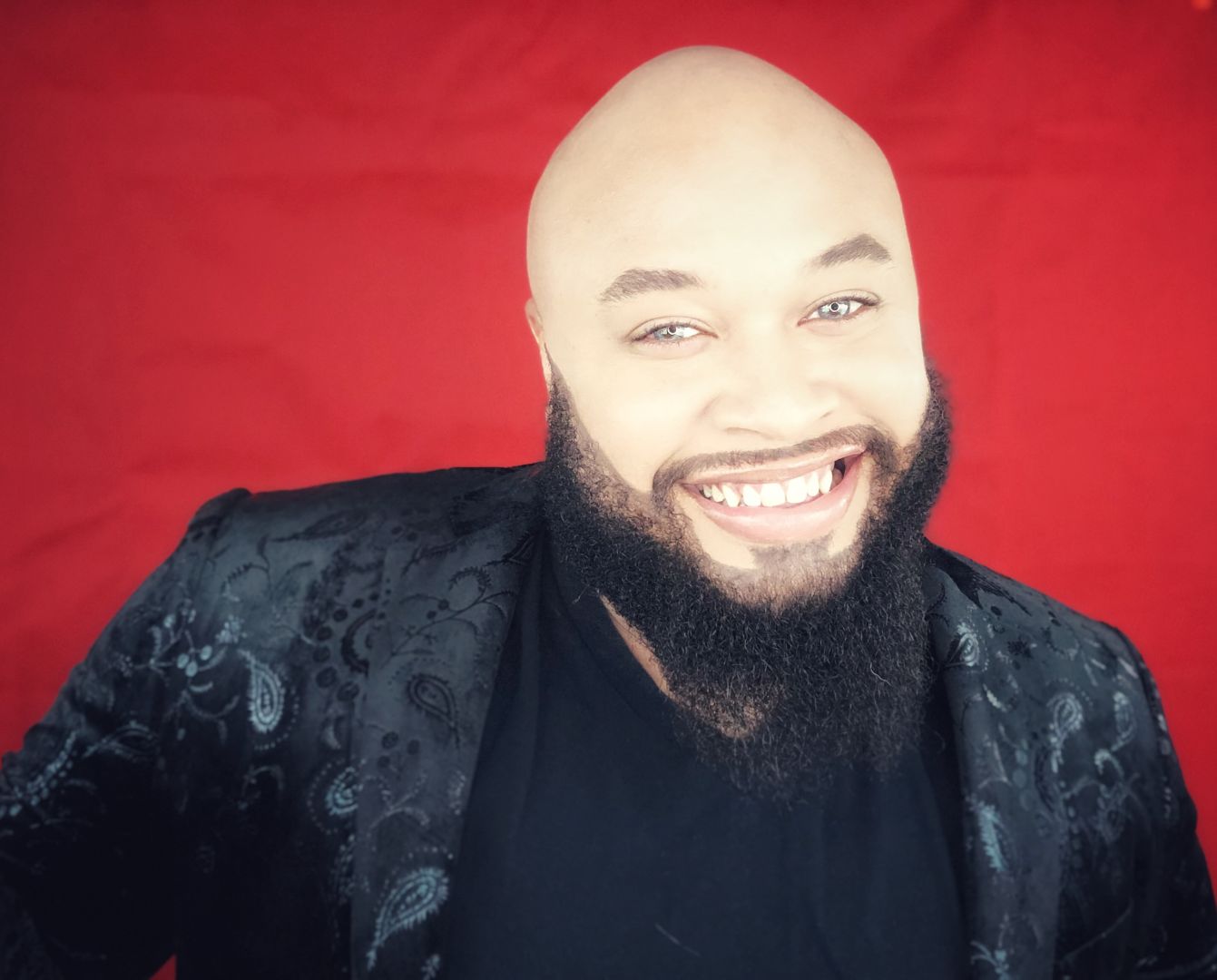 When I founded Pyro Media Network there was two main objectives in my mind. 1) I wanted to be able to have control over my creative content and a safe space to produce it. In turn, I wanted to provide that for other creatives as well. 2) I felt that we don’t have a lot of spaces that are for people of color to freely create and develop. So, I wanted to be another option for black and brown creatives to express their content and flourish. Read more>>

My thought process of starting my own business was thinking of a business that can bring generational wealth, a franchise and building an empire that will sustain itself on the market. Read more>>