We had the good fortune of connecting with Mat Dann and we’ve shared our conversation below.

Hi Mat, why did you decide to pursue a creative path?
I was an EMT in the city of Boston for almost 8 years while attempting to figure out how to become a comedian. I liked working on an ambulance, I enjoyed helping people and didn’t feel anxiety in high stress situations; delivering 3 baby’s, controlling bleeding with stab or gunshot wounds and really anything and everything else you could think in of almost a decade of emergencies. But I didn’t LOVE the job. In fact, I can’t remember ever loving any job I’ve ever had and for me that was an issue. But when I’d punch out of work that’s when I start to get excited. I’d rush home, change and hit the open mics, improv or stand up shows. I’d travel from Boston to New York on a weekly basis, hopping on a Grey Hound bus for 4 hours to do a 5-15min set or 10-20min improv show and then sprint back across the city to catch the last bus back to home. I’d sleep as much as possible on the bus and head straight to work from Union Station and… I loved it. I can’t say when it was that I realized this but soon thereafter I decided I needed to make this my career. 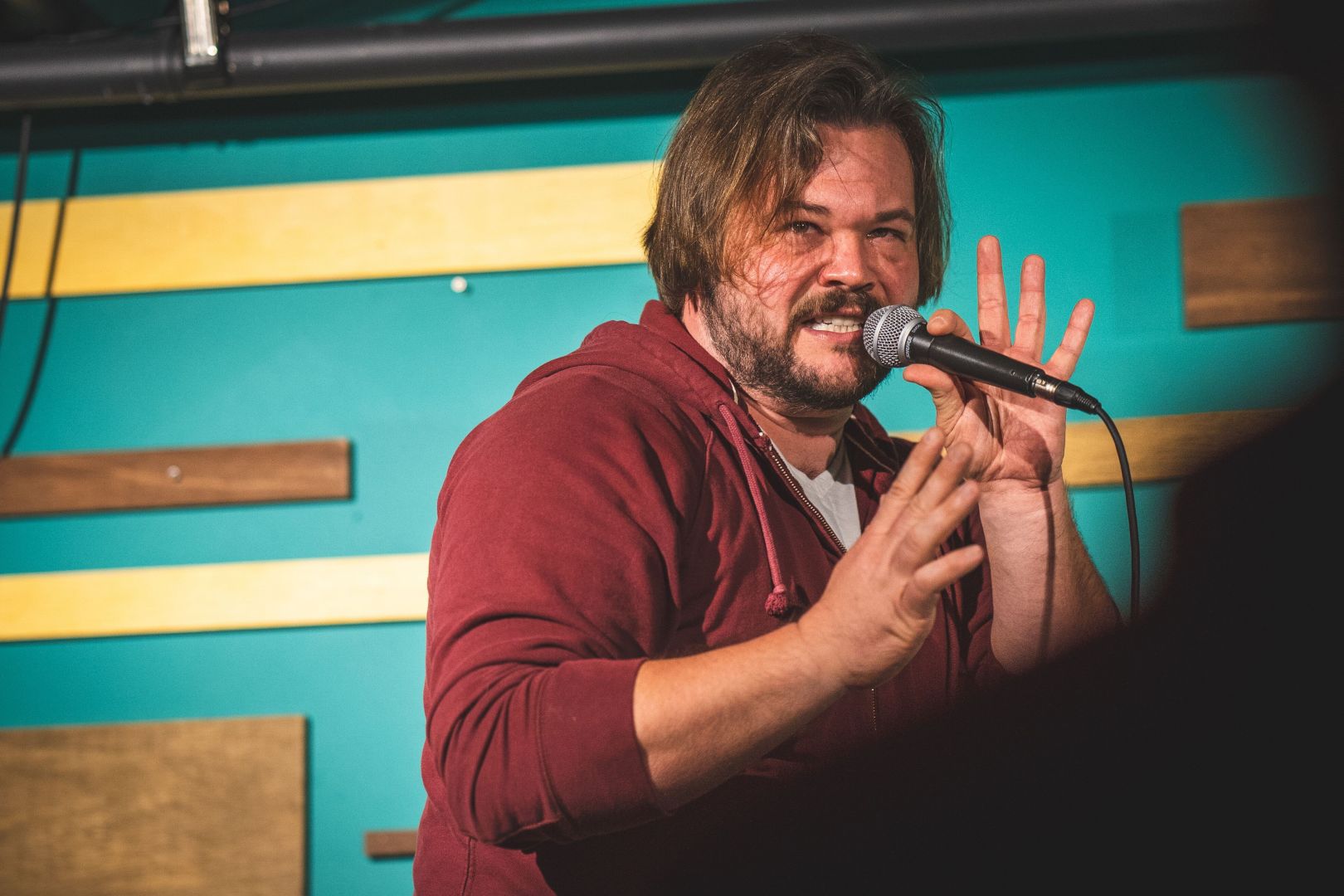 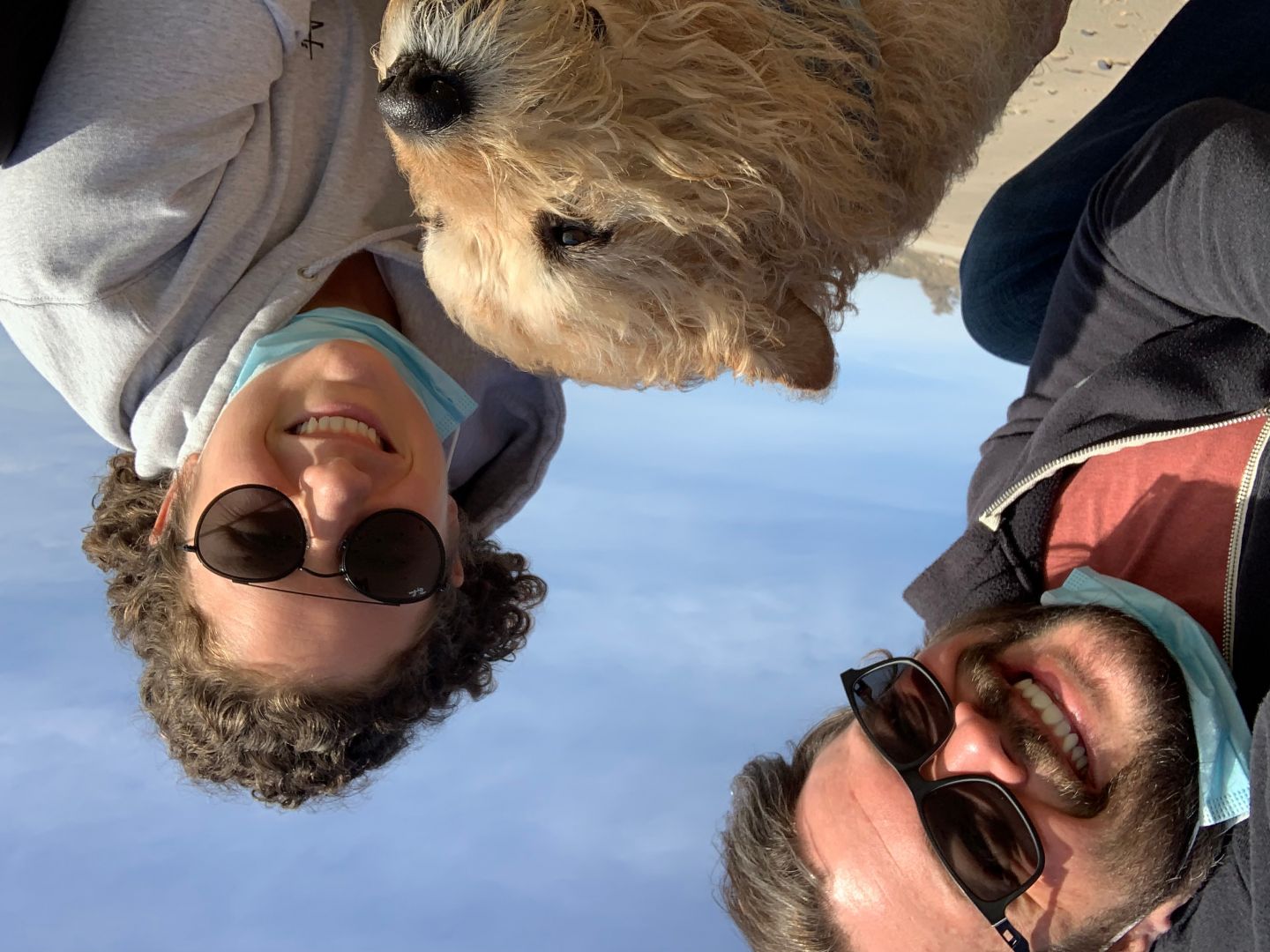 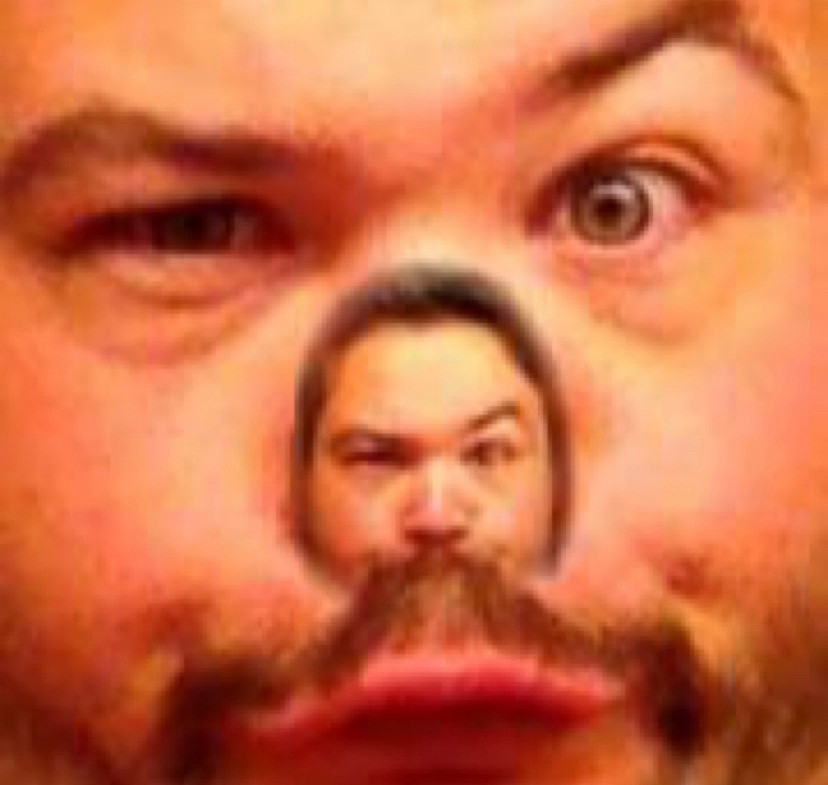 Can you open up a bit about your work and career? We’re big fans and we’d love for our community to learn more about your work.
I’m not a traditional set up and punchline kind of comedian. I’m a high energy storyteller that takes an audience to a specific experience or situation that occurred in my life with my physicality, rich characters and my own specific perspective/voice. I’m most proud of myself for having the guts and self trust to create my own path. When I first moved to LA 8yrs ago I was overwhelmed. There’s no real blue print to this stuff. It’s confusing and scary to not know what to do or how to do it. Even worse, I didn’t trust my own gut as much as I did the many opinions that surrounded me. I started trying to follow in the wake of others who had found some semblance of success before me. I was never comfortable or successful because I was simply not being me. I was a triceratops trying to be a T- Rex, ain’t gonna work out. It wasn’t until I stopped trying to be like THEM and bought into the idea of being ME that things began to turn around.

Any places to eat or things to do that you can share with our readers? If they have a friend visiting town, what are some spots they could take them to?
A weeks worth of activities for a visiting friend… Well, it is nice to show visitors something a bit more Hollywood when they make the trip. That said, I do produce a show at the SoHo House called the Sunset Special. The Soho House is a international members club currently with three LA locations: Weho, Downtown and Weho. Each have their own personality and are loads of fun. After I get my guests their fix of Tinseltown it’s time to get real. LA is home to some of the best burgers on the planet and the first stop is going to be Burgers Never Say Die, a once pop up but now with a more permanent location in Silver Lake. And while we’re there we may as well just take a walk next door to the The Red Lion Tavern to wash it down with an ice cold beer accompanied by live music. Finally, I’m a bit of a beach bum when I can find the time. Being a dog owner I frequent Leo Carrillo Beach in Malibu. It’s chalk full of marine life including dolphins, pelicans, whales and the occasional seal as well a few shallow caves you can crawl through when it’s low tide. Not to mention beach camping sites if that’s your thing. That’s pretty much what you can plan on if you visit me in LA. 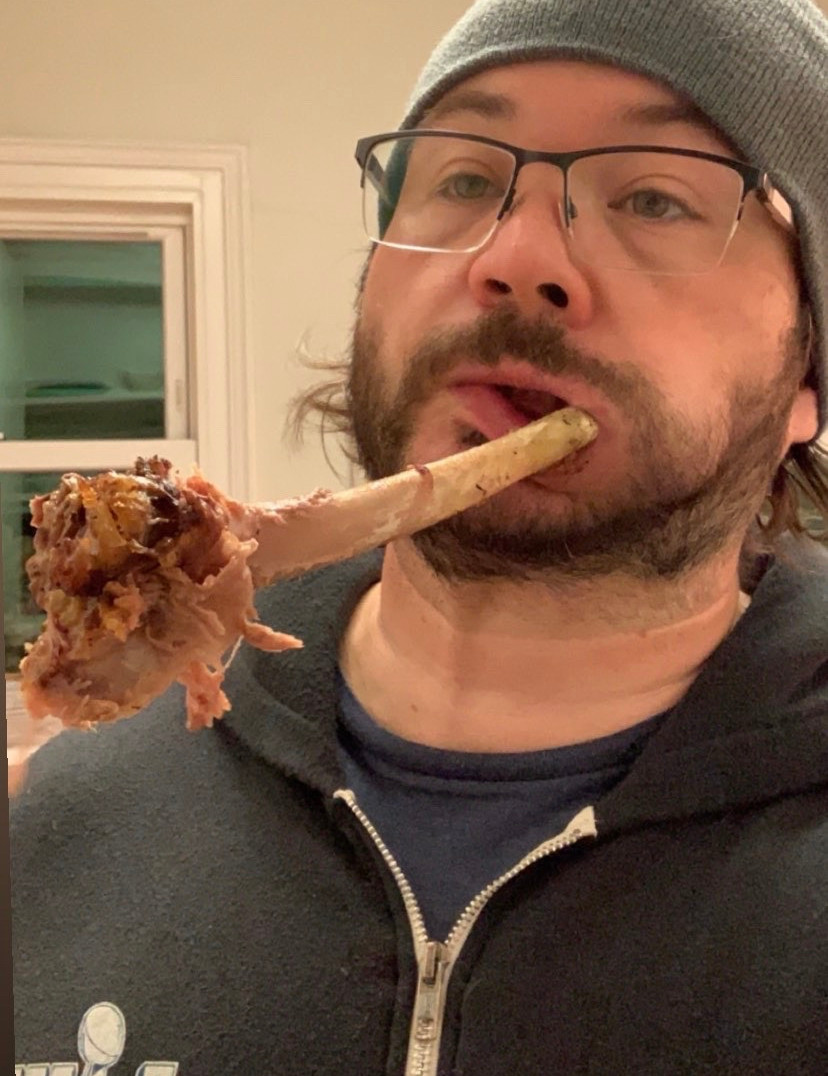 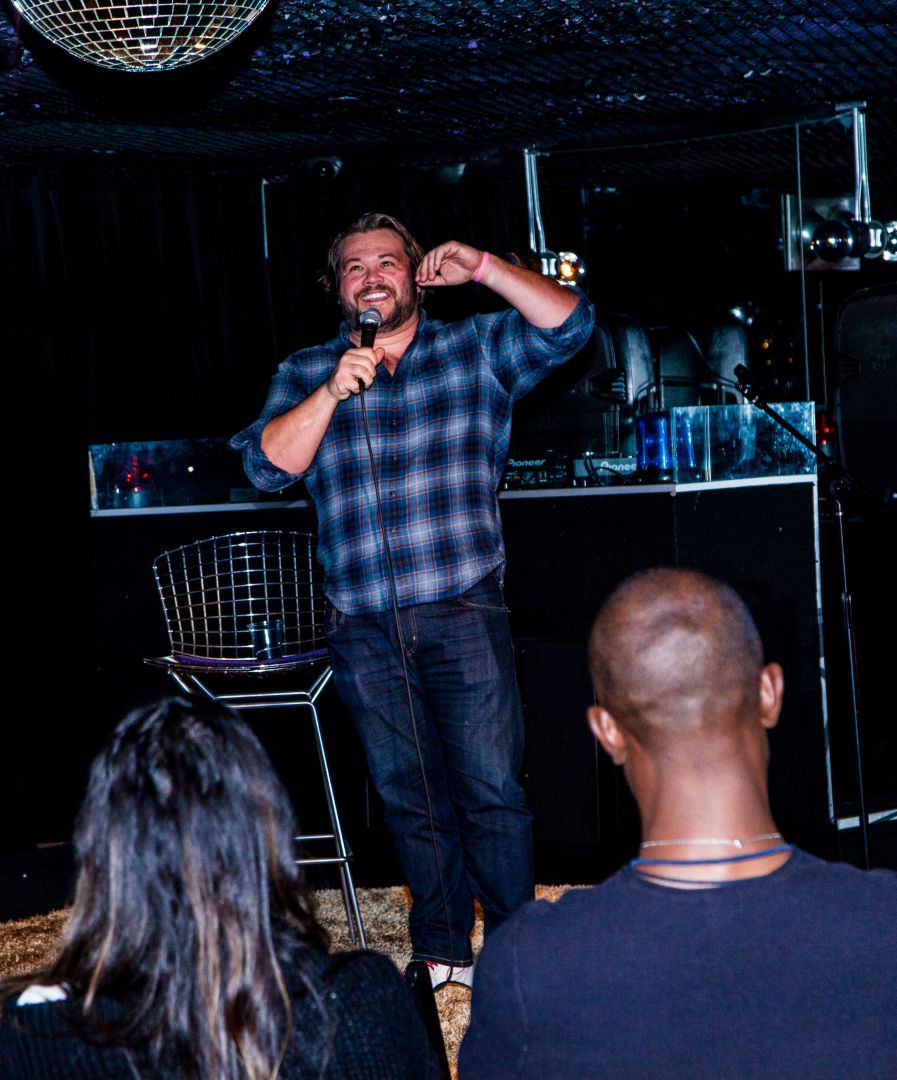 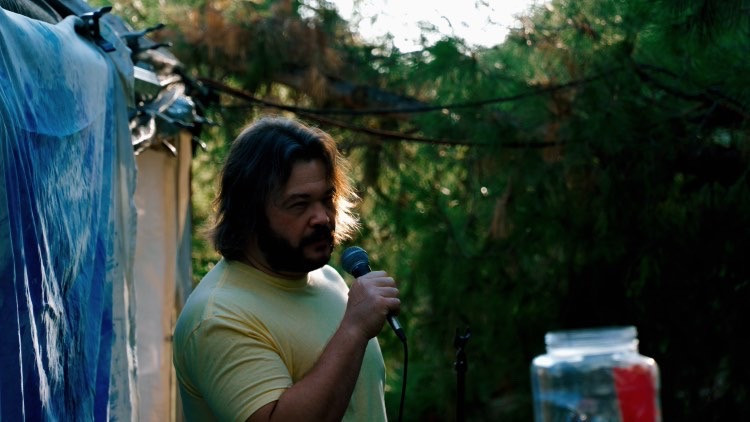 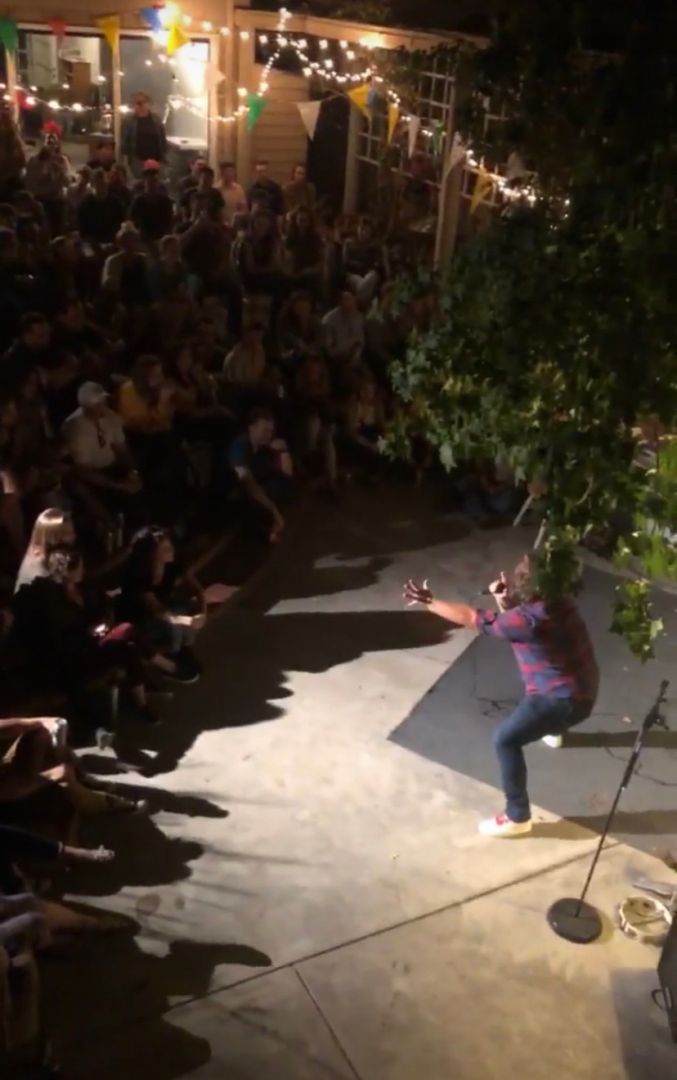 Who else deserves some credit and recognition?
A few people stand out as early “path changers” when I started discovering and using my sense of humor and writing abilities…. First outta the gate is my 3rd grade teacher Gail Price Lewis. She’d start every class with the song and joke of the day. Students would preform a song or joke to get the day rolling with positive energy. Little did I know that this was my first taste of an audience and I got hooked on the attention and form of expression fast. I loved it. A ham was born. The other teacher that made a lasting impression with me was Arthur Deleaut. An instructor of mine while attending Lakes Region Community College in Laconia, NH. He was a writing and creative writing instructor and though my degree was in Fire Science (yes, that’s a thing), I’d take as many of his classes as possible. There came a time when I no longer needed electives but I’d still sign up for his classes, some I had already taken and wanted to take a second time. Arthur made what was quite possibly the most significant impact of anyone in my life regarding the direction of my career. He allowed his students to write from their imagination and this is where I found a sweet spot in my writing. It’s where I found the confidence to dare to be weird and share bizarre short stories and ideas. One day after sharing an especially unusual piece on a flock of pterodactyls attacking a little league game Arthur asked me to chat with him after class. I honestly thought he was going to tell me I could use a good therapist but that’s not the direction the conversation went. “So, you want to be a firemen” Arthur asked. To which I responded “Well, thats what my dad was and I don’t really know what I want to do with my life but I know I need to do something.” He then went on to tell me I was “weird in the best possible way” and that I should nurture my imagination. He told me that I should give serious thought on being a writer and explore a more creative career path. And even though it took years for me to actually change my direction in life fully that conversation was always in the back of my head. I feel very confident saying that if Arthur Deleaut didn’t ask me to have a chat with him that day I may have never have become a writer or comedian. Thanks for… honestly everything, Mr. Deleaut.

Other: Five Stars, is a short film you can find on my YouTube Page that has placed as a finalist in multiple comedy festivals/competitions and recently the winner of The Comedy Store’s Sketched Out.