We had the good fortune of connecting with Max Pearce and we’ve shared our conversation below.

Hi Max, what led you to pursuing a creative path professionally?

When I was young, I tended to prefer living in my head. I had this habit as a kid where I would pace back and forth along a small rock retaining-wall in my family’s backyard, completely in my head in my own imaginary scenarios – the pacing was kind of like an autopilot activity so my imagination could just completely take over. That habit was crucial to the development of my imagination.

Regarding pursuing movies specifically, I originally wanted to become a paleontologist after watching Steven Spielberg’s Jurassic Park as a child. As I got older, my attention turned to storytelling and I had the epiphany that started me on my filmmaking journey – I wanted to move and inspire people the way Jurassic Park had inspired me.

I tried the acting angle first.  I had the opportunity to take a workshop at the Vancouver Film School mentored by Matthew Lillard (Scream, Scooby Doo) who told us to make our own stuff and put it out in the world. Following Mr. Lillard’s advice made me realize I liked being behind a camera more than being in front of one. Knowing I needed a thorough education, I asked a friend who was working on the CW series Supernatural where all the people who had gone to film school were coming from, and he said the good ones were coming out of Capilano University. Capilano led to me working in the Vancouver Film Industry. Wanting to further my creative career, and wanting to move from Vancouver to Los Angeles, I attended the University of Southern California’s School of Cinematic Arts where I obtained my Master’s degree. 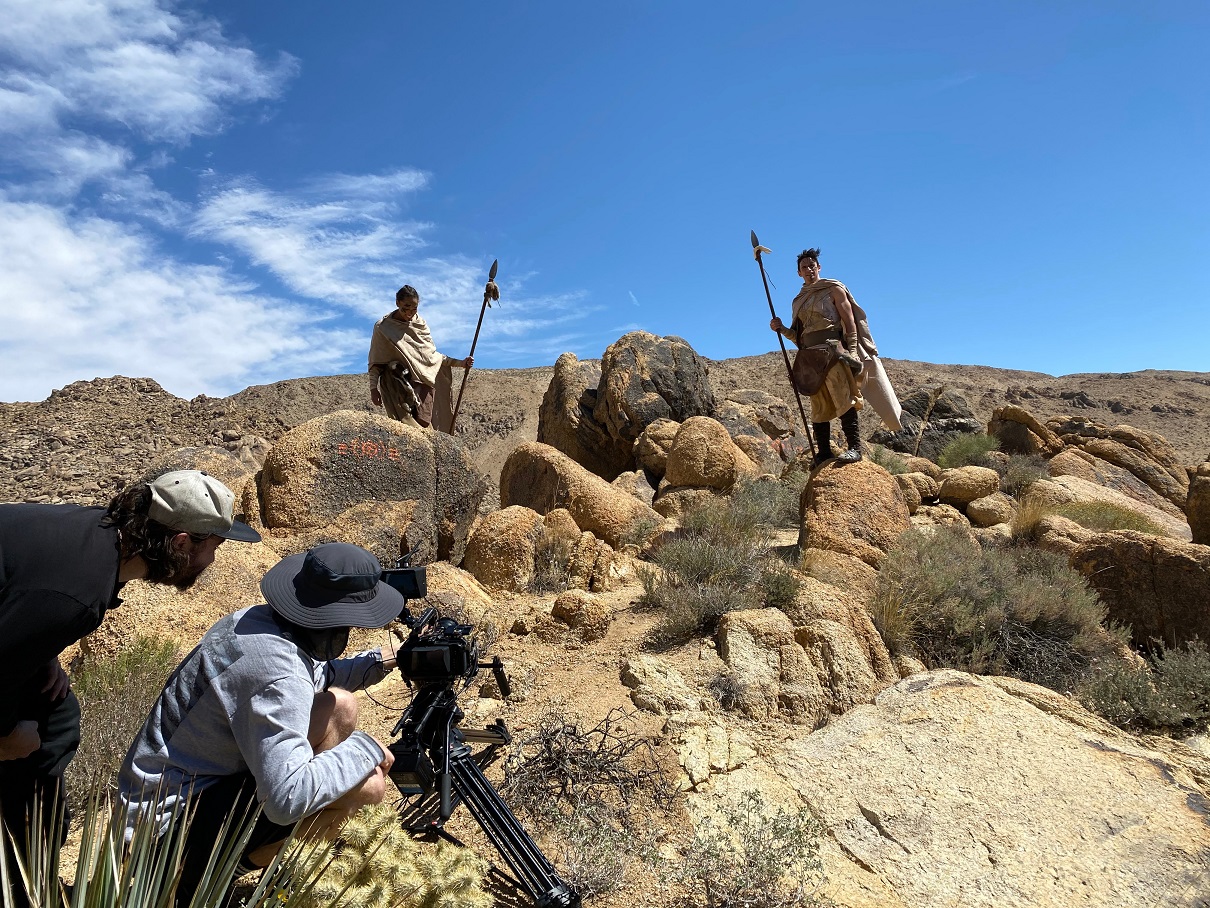 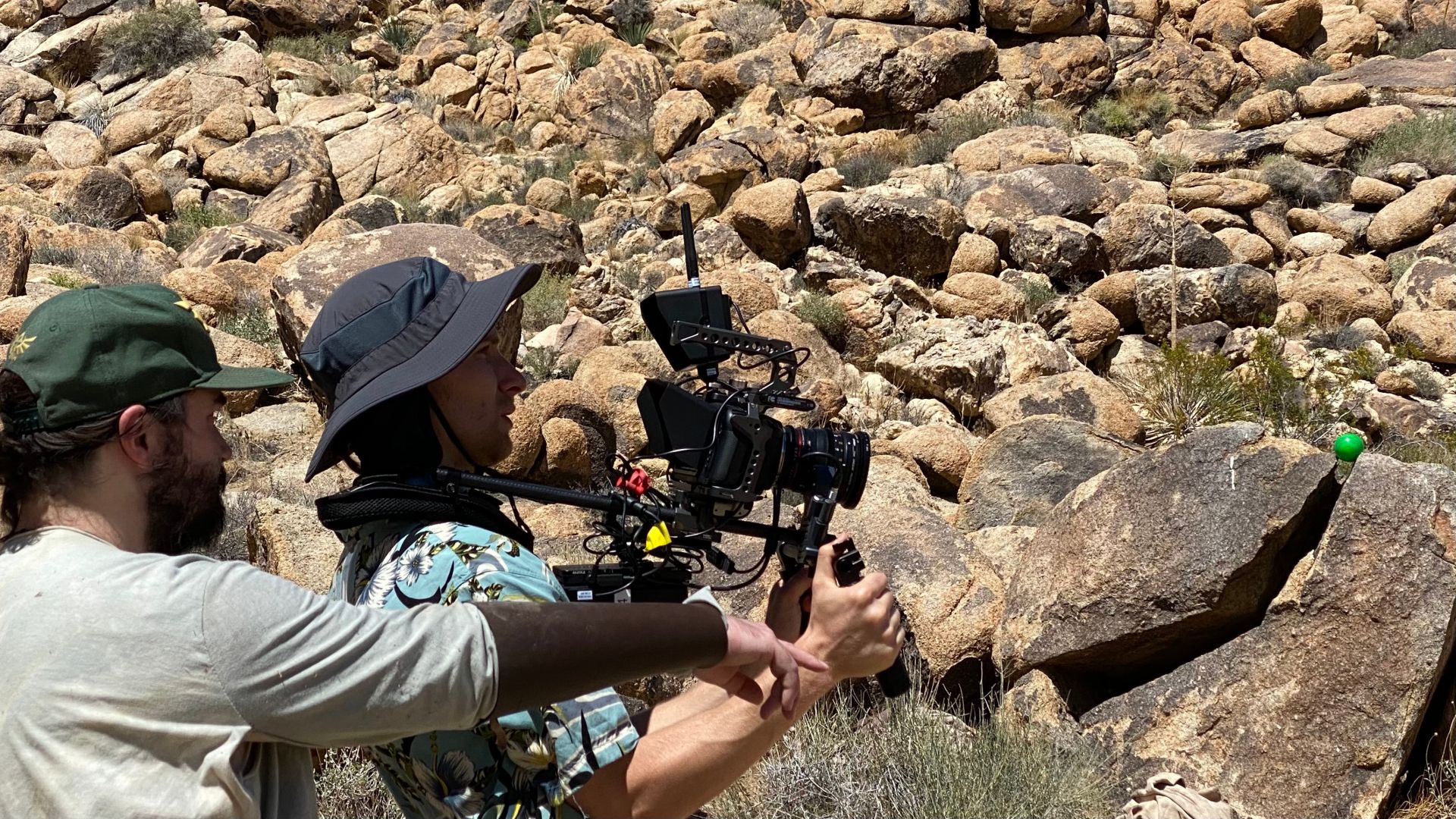 Maria Sara and I, after meeting at USC, created our production company Bantam Bears Productions together. We focus on making films in the sci-fi, fantasy, and adventure genres. Our USC thesis film ‘Apotheosis’, is currently in its festival run. ‘Apotheosis’ is a sci-fi about a young woman trying to compete against genetically engineered humans for her dream job on the first habitable space colony, Ourania, in order to save her family from destitution. It has already screened in Miami, London, and Rome, and will be screening in LA soon at the NewFilmmakers LA festival. We are also currently in the process of expanding the short into a feature film.

Maria Sara and I deeply love sci-fi, fantasy, and adventure stories, and we both feel that the current Hollywood filmscape is lacking in grounded, human stories in these genres. Much of today’s sci-fi and fantasy is bombastic with little regard for their characters, making their stories quite unrelatable. We want to change that.

We also want to represent characters similar to ourselves who we feel are underrepresented, such as those with mental health diagnoses, and who are LGBTQ+.  For a personal example, in 2015 I was diagnosed with severe obsessive compulsive disorder. Not to dive too deeply into it but the general public view of what OCD is, is wrong. OCD makes you doubt your perception of reality and your own mind. Basically your brain gets locked into an anxiety cycle of constantly doubting your actions and/or thoughts (obsessions), leading to behaviours (compulsions) to try and alleviate that anxiety.  I plan to portray OCD realistically in our media, so the public can learn and understand it properly.

Universal Studios Hollywood and Citiwalk are definitely on the list, both for their vibrant social life and the sheer history of filmmaking encapsulated in their attractions. I also proposed to Maria Sara in front of the Universal globe.

Next up would be the Hollywood neighbourhood. Hollywood Boulevard needs no introduction, and if you’re a sci-fi nerd like us then definitely check out Scum & Villainy Cantina for their awesome themed decor and their fantastic themed drinks. If you want a great view of LA, head up to the Griffith Observatory. The observatory itself is magnificent and worth the trip alone. If Brunch is your thing, mosey over to Off Vine to dine in their secret garden, or take a little trip up to Hollywoodland and check out the Beachwood Cafe.

Then head over to the Sunset strip, a Mecca destination for Rock N’Roll. And if you’re a rare book lover, check out Mystery Pier books. It’s a hidden gem that only sells first editions. Moving down from Sunset you’ll find West Hollywood, or WeHo, which is one of the best places to be if you’re LGBTQ+ or an ally.

No trip to LA is complete without visiting Santa Monica and its world famous Pier and beach. The walk (or bike ride) from Santa Monica to Venice (or vice-versa) is a must.

Lastly, and possibly a bit grim for some, are the LA area cemeteries. I personally believe in paying respect to those who came before you, and if you visit any cemetery in the LA area you will find some famous names. Hollywood Forever, next to the Paramount lot is beautiful and the eternal resting place to Judy Garland, Anton Yelchin, and John Huston, among others. At Rosedale, north of the USC campus, you’ll find the resting places of Hattie McDaniel and Anna May Wong among others. Then there are the forest lawn cemeteries in Glendale and North Hollywood. There are so many to name at these sites, and both are breathtaking. 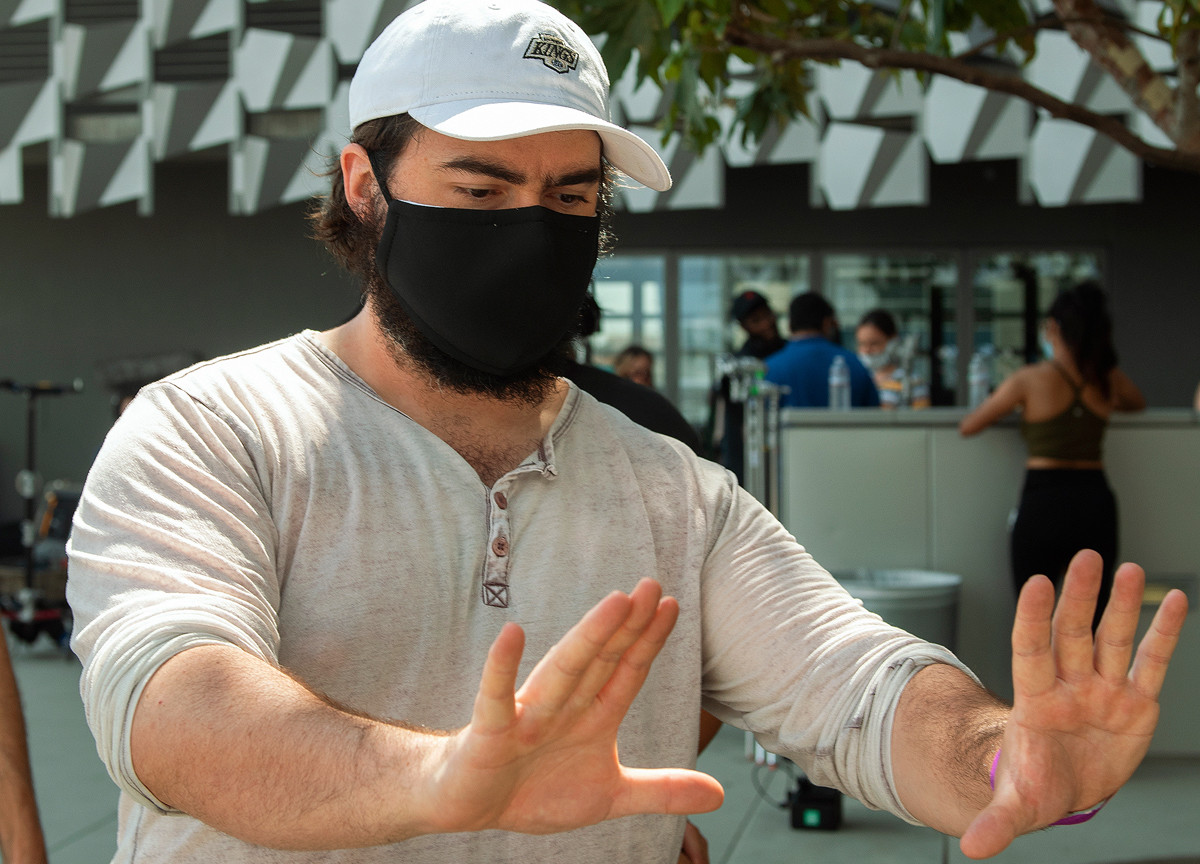 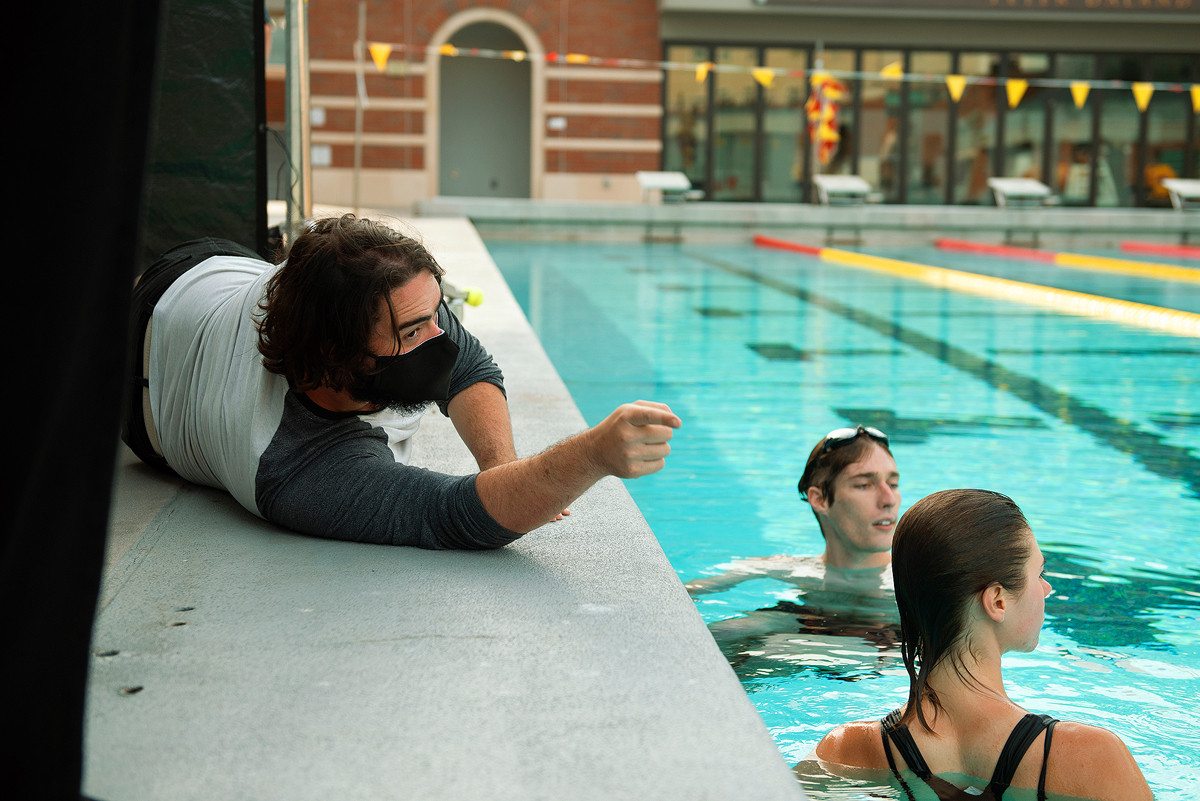 The Shoutout series is all about recognizing that our success and where we are in life is at least somewhat thanks to the efforts, support, mentorship, love and encouragement of others. So is there someone that you want to dedicate your shoutout to?
I want to dedicate my shoutout to my wife Maria Sara Santoro, my Mother, and all my past mentors and instructors.