We had the good fortune of connecting with Meghan Weinstein and we’ve shared our conversation below.

Hi Meghan, let’s talk legacy – what do you want yours to be?
One of the best ways to get a sense of who I am and what’s important to me is through the stories I put onto the screen. An extroverted-introvert, I prefer to express my ideas and opinions through script-writing and the collaboration with actors and other crew members. Not many comedies are driven by interesting cinematography and art direction, and coming from an art background that’s a super important part of filmmaking for me. But behind all of the colorful imagery, I’m always trying to compose these wild characters and situations around themes that are innately relatable. While fun to watch, they also shed light on the dark, sometimes devastating sides of life. What makes my films clearly satirical and not just totally ridiculous is that these seemingly “over-the-top” situations are in fact, very much a part of life and being human. I’m always rooting for the underdog, whether it’s a middle-aged Chinese food delivery man just trying to support his family, or a salty grandma pursuing her dreams after years of putting everyone else’s ahead of her own. Now in my feature film, The Influencer, it’s a group of mostly women who were each somehow wronged by “the system” and use a social-media influencer to seek reparations. The underlying common thread between all my films continues to be the fight to find stability and recognition in a world where it feels like all the odds are against you. The characters often flounder, and just like in real life it’s not always the ending you’d imagined, but the journey is full of interesting people, moments for laughter and for reflection. I hope these kinds of stories will inspire people to want to do better in life and find the humor or positive in life even when times are hard. Film is a powerful medium that can infinitely define our thinking and our outlook in life. I want to bring laughter to people but I also want them to cry, get angry, scared, feel lost, feel empathy for the characters on the screen and as a result, empathy for the people around them in real life. I also want to remind people to feel some empathy for themselves, by continuously posing the questions; Am I doing what makes me happy? Am I making the world a better place? How do I express or support myself and is it healthy or unhealthy? Few comedies are written or directed by women, so I hope that being a female voice in the comedy film world helps break down some barriers. I also hope that by continuing to write strong female characters, cast diversely and hiring womxn for key jobs on my films, I’m able to forge opportunities not just for myself but for others trying to move up the ladder into higher positions. The future landscape of the film industry is slowly but surely changing. I just hope that throughout my career I will have made some kind of difference to make it more inclusive and to have made films that inspire people to be their authentic self as they continue to fight the odds to achieve what they want in life. 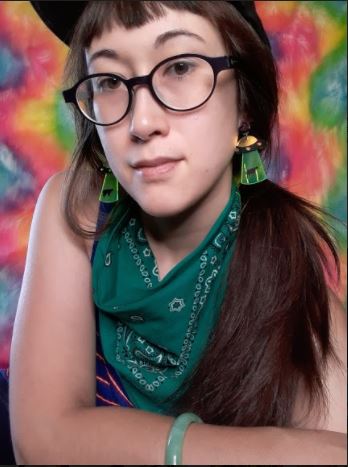 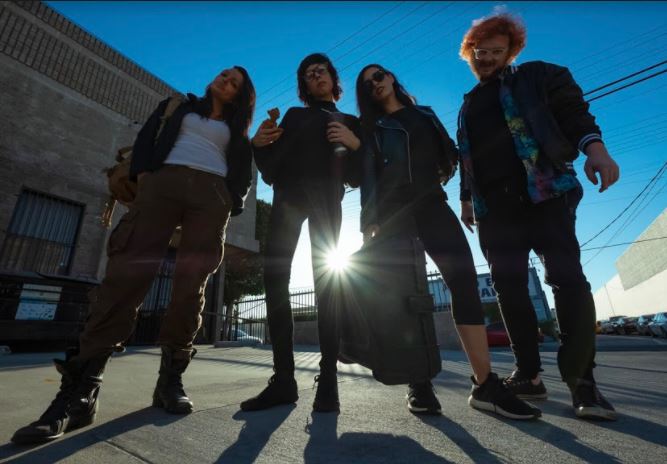 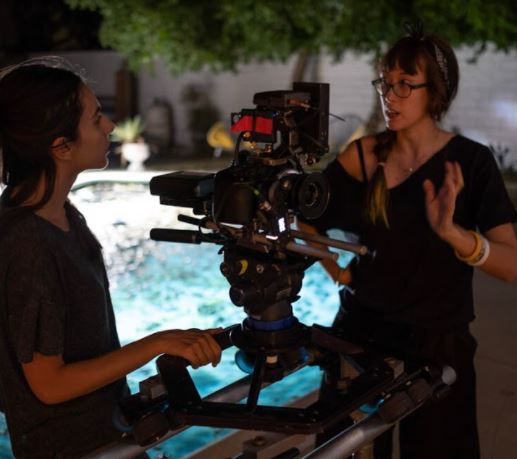 Please tell us more about your work. How did you get to where you are today professionally. Was it easy? If not, how did you overcome the challenges? What do you do that sets you apart from others? What did you learn on your journey? What advice do you have for others starting out?
Not many comedies try to really experiment with the cinematography and art direction the way other genres do. But because of my affinity for kitsch and color, my films can be over-the-top sometimes when it comes to the combination of the visuals and the comedy, they’re hyper stylized in a way that makes them stand out. I think one thing that set me behind a few years in my film career was that even though I always knew I wanted to make movies, it felt like it was an impossible industry to break into without some direct contact or connection. I really didn’t know anything about the actual film industry but was discouraged enough that I never even considered going to study film and went to college for graphic design thinking it was at least practical, then hated it and switched to fine arts (ironic considering it’s so much harder to make a living as an artist than working in the film industry). Although art (mostly collage but sculpture and painting as well) has always been my strength, I realized pretty quickly that I wasn’t interested in pursuing a life in the fine art world but the opportunity to experiment with all forms of art from sculpture to experimental video led me to be able to develop my own creative style, combining my sense of humor with colorful pop culture references and trippy themes/visuals. When I eventually decided to focus on filmmaking years later, this all helped me really quickly develop my style as a filmmaker and everything I have practiced as a fine artist finally felt like it had a purpose, and I built on those creative skills to pretty quickly pick up filmmaking. In the end I feel like this detour into a career that wasn’t necessarily right for me, really what it gave me was the confidence in my creative ability. Looking back to when I was deciding what to study, and not feeling confident enough to go into filmmaking from the beginning, if I’d just had the confidence to go for it then, maybe the things I’m accomplishing now would have come a lot earlier and I could have saved a few years of floating and being totally confused what I was going to do with my life. But I know those kinds of experiences are formative and definitely served an important lesson as well. So I think what I’ve learned is really just to have confidence in yourself, if you are super passionate about something don’t let the fear of it stop you from trying. However, even if you detour for a while, it’s never too late to pursue your goals.

If you had a friend visiting you, what are some of the local spots you’d want to take them around to?
El Matador Beach Downtown LA on a weekend (people always like Clifton’s Cafeteria) Vasquez Rocks Venice Beach Tiki Ti on Sunset Comedy: Laugh Factory, Westside Comedy Theater, The Satellite, The Lyric Hyperion Theatre The Dog Cafe in Echo Park if you like playing with dogs while drinking coffee Chinatown Electric Pussycat (the Austin Powers theme bar in Glendale) Thrift shopping (ranges from Melrose Ave. to the Goodwill in Lincoln Heights, depends on your budget) Little Tokyo (Tokyo Beat is fun for karaoke and have good drinks) Movies at Hollywood Cemetery 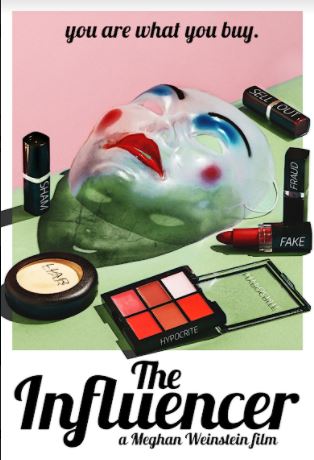 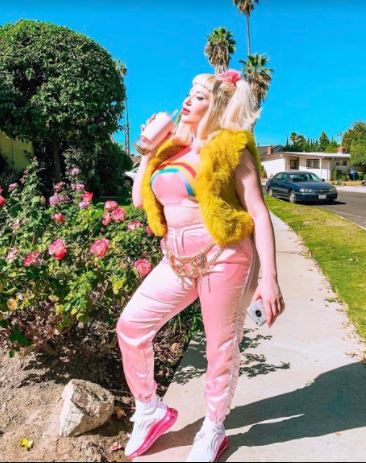 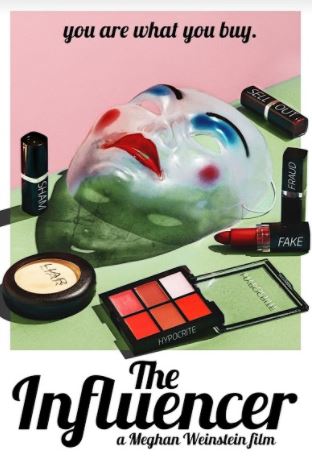 Who else deserves some credit and recognition?
The Google Group “Women and Intersectionality in Moving Pictures Salon” !!! I’ve found so many great female crew members through this group as well as jobs.

Image Credits
Behind The Scenes Photography by Lorenzo Gonzalaez