We had the good fortune of connecting with Melvin Biteng and we’ve shared our conversation below.

Hi Melvin, why did you pursue a creative career?
When I was younger, I simply thought it was fun to sing. I was super into Disney movies, Backstreet Boys, N’Sync, and karaoke machines. I didn’t think about it too much. I didn’t even think I had any talent. I just knew I enjoyed music class more than any other subject. When I chose choir class instead of band class in middle school, I started to get a feeling that this was something I wanted to pursue. I started songwriting and I learned to play guitar. I wanted to create songs that were relatable and real. In high school, I was pretty much living and breathing performing arts as much as I could. I took dance classes, I was in choir, I was in theatre. I thought that it was something I wanted to be doing for the rest of my life. Despite the hardships, the whole “starving artist” ideal, the “struggling actor”, I thought that making something and putting it out into the world that’s truly yours was something not for everyone but maybe me. I wanted to shoot for the stars and hope to land on the moon. Ironically, in some ways, I feel like I’ve made something of myself but in other ways, I’m still hustling and trying to be better. And I think that’s a big thing I’ve learned from being in the performing industry for so long now, you have to keep learning and honing your craft, striving to be better in any and all ways. And when you reach a peak, big or small, that moment you feel something where you can get nowhere else. Those excruciatingly specific moments make the hard parts worth it. And I keep pushing, unsure and hopeful of when I will feel that again. 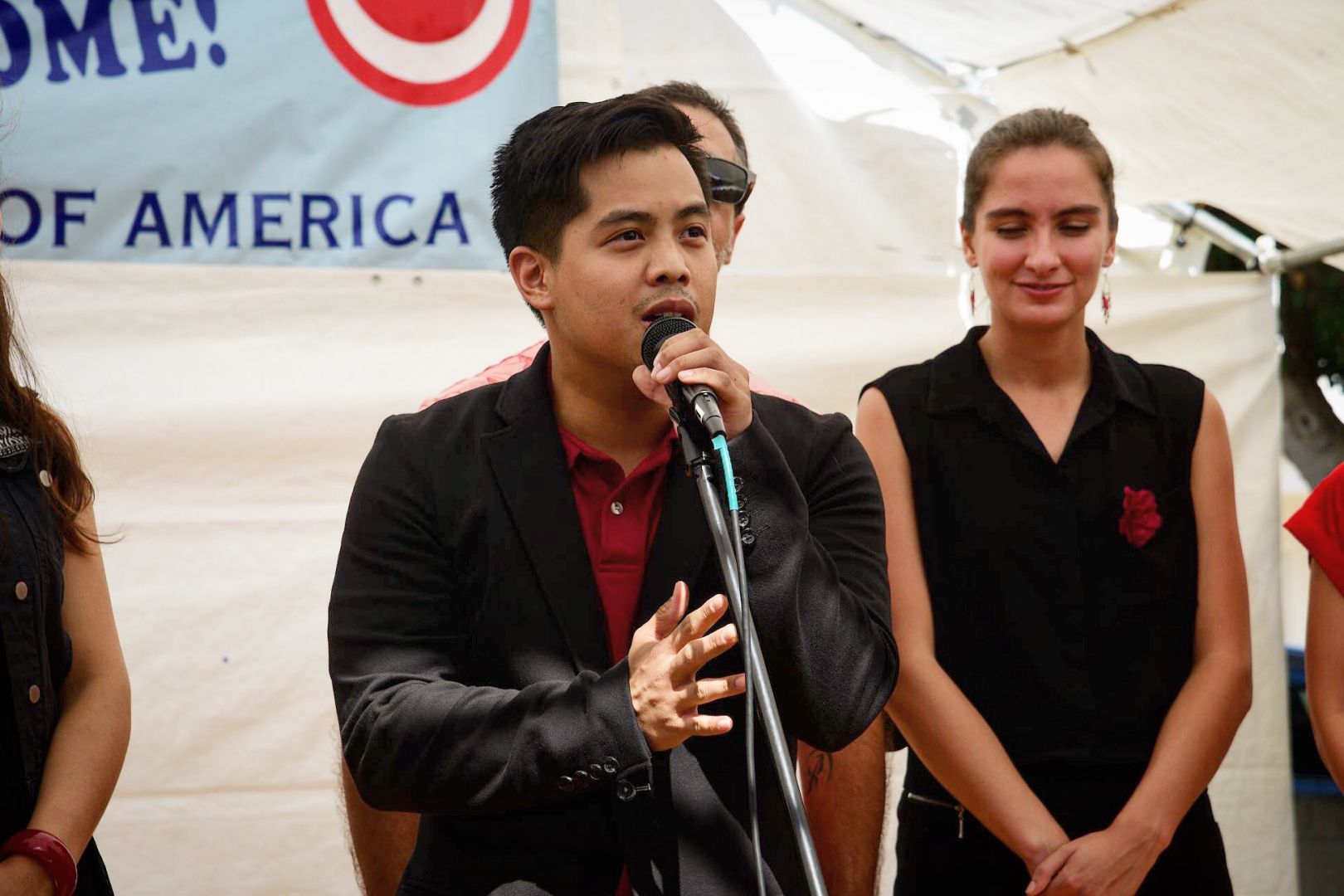 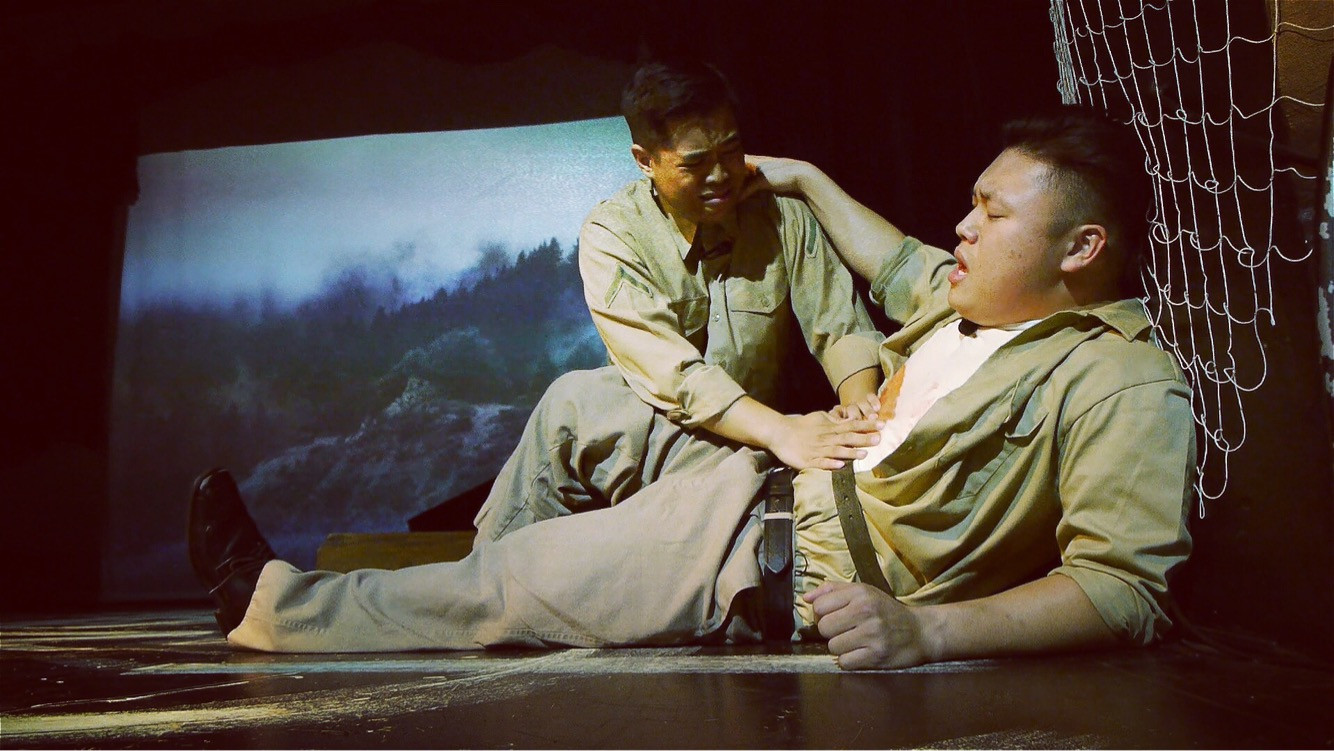 Alright, so let’s move onto what keeps you busy professionally?
My journey on how I got here? It’s been rough. But I don’t regret any of it. I chose to come out to LA to pursue a career in performing and although it has had more lows than highs, those highs really made me feel like I was soaring. I’ve lived trying to make the most out of all situations I enter, learning and growing from them. I didn’t (and I still don’t) want to have any regrets. So I go headstrong into things. Whether it be just an audition tape or a normal music class, I give it my all. Because that’s what those watching deserve and that’s what I deserve for myself. Some may say that can be a weakness in a sense, but I live by doing something and then asking for forgiveness later than not doing anything until permission was granted.

Performing in a musical theatre show is its own beast. It’s not for everyone and it’s just as competitive as film and TV. Every role I ever landed, I think a part of me melds with that character I play and in turn, they become a part of me that I’ll always carry with me. I guess it’s kind of like relationships? Sometimes maybe it can get that deep haha. A role I always hold close to my heart is playing Ray Harimoto in a musical called Letters To Eve. You can think of it kind of like an Asian version of Les Miserable. Taking place during WWII when Pearl Harbor was bombed. It’s some devastating stuff based on real history. Sometimes I think maybe I can go a bit dark but this show had such power to it and it was moving for myself and any who watched it. Being able to be Ray every weekend for a period of time was a dream come true. It helped me grow in so many unexpected ways.

It’s funny cause I think you can find bits and pieces of me on my performance resume from every show I’ve ever done. Big or small, they all come with stories and memories bittersweet. And that fuels me for the next thing I jump into.

I think when it comes to my songwriting, I’ve always gone for something visceral and real rather than something kind of general. Ironically, I have found that when you create something so specific, the emotion and the meaning behind it make it more relatable than ever for people. For example, I recently wrote a song called “We Never Met” about Asia’s mother who has sadly already passed, and how even though she’s gone, she’s still here in many ways throughout our daily lives. And I made a song about those specific moments. When playing it for a few close friends and family, their reaction was more than I could’ve ever thought. Because it was so real and specific, people could feel it through my words and it moved them. They might not have gone through the same situation, but they can understand the gravity of what I feel. And really that’s all I could ever ask from any of my songs I write. I hope that it brings people on a journey or lets them feel something that they hadn’t felt in a while. It makes them either too comfortable or maybe a little uncomfortable but it gets something out and off their chest.

That’s the kind of art and music that makes a lasting impression. Not what you say or not even what you do, but how you make them feel. 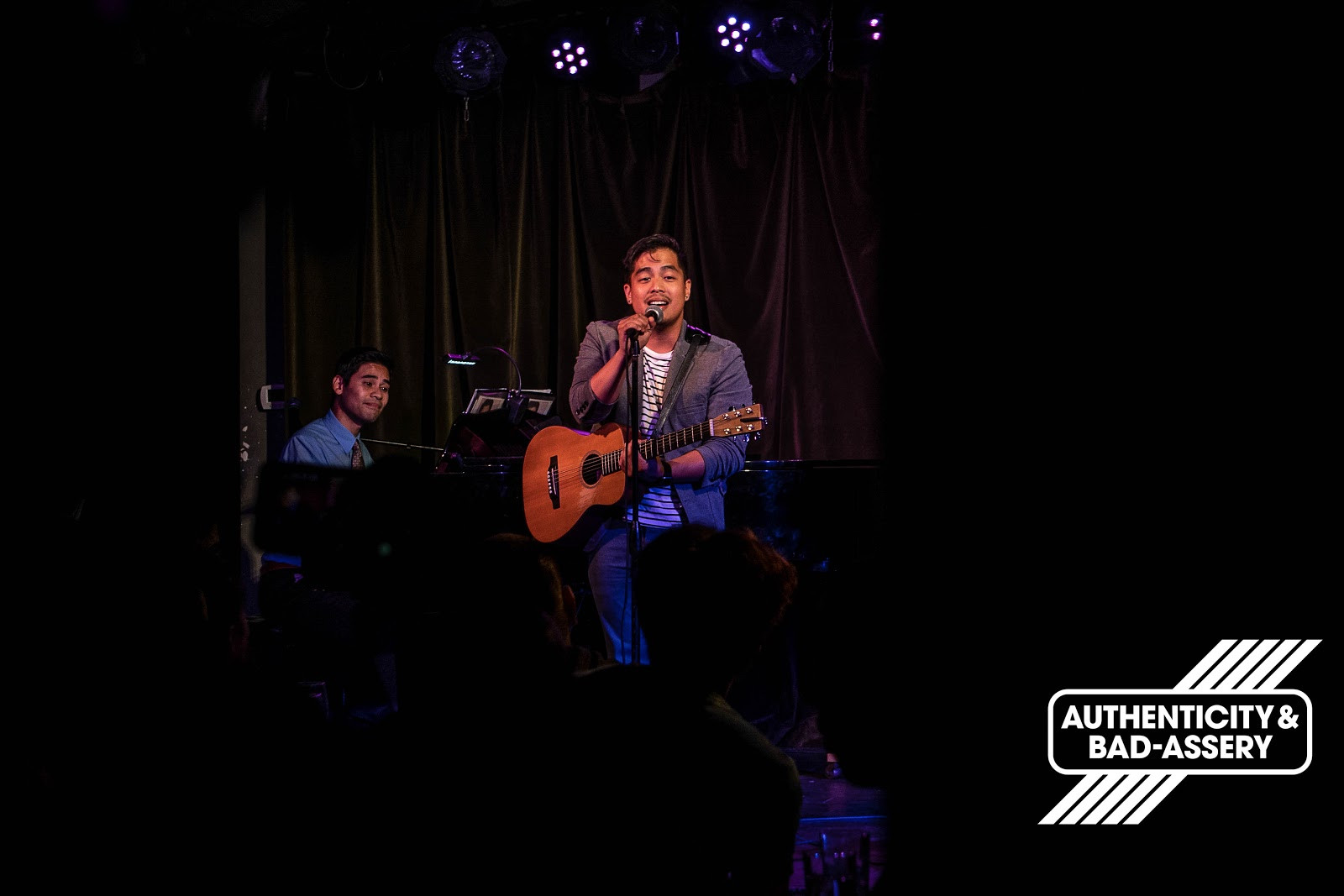 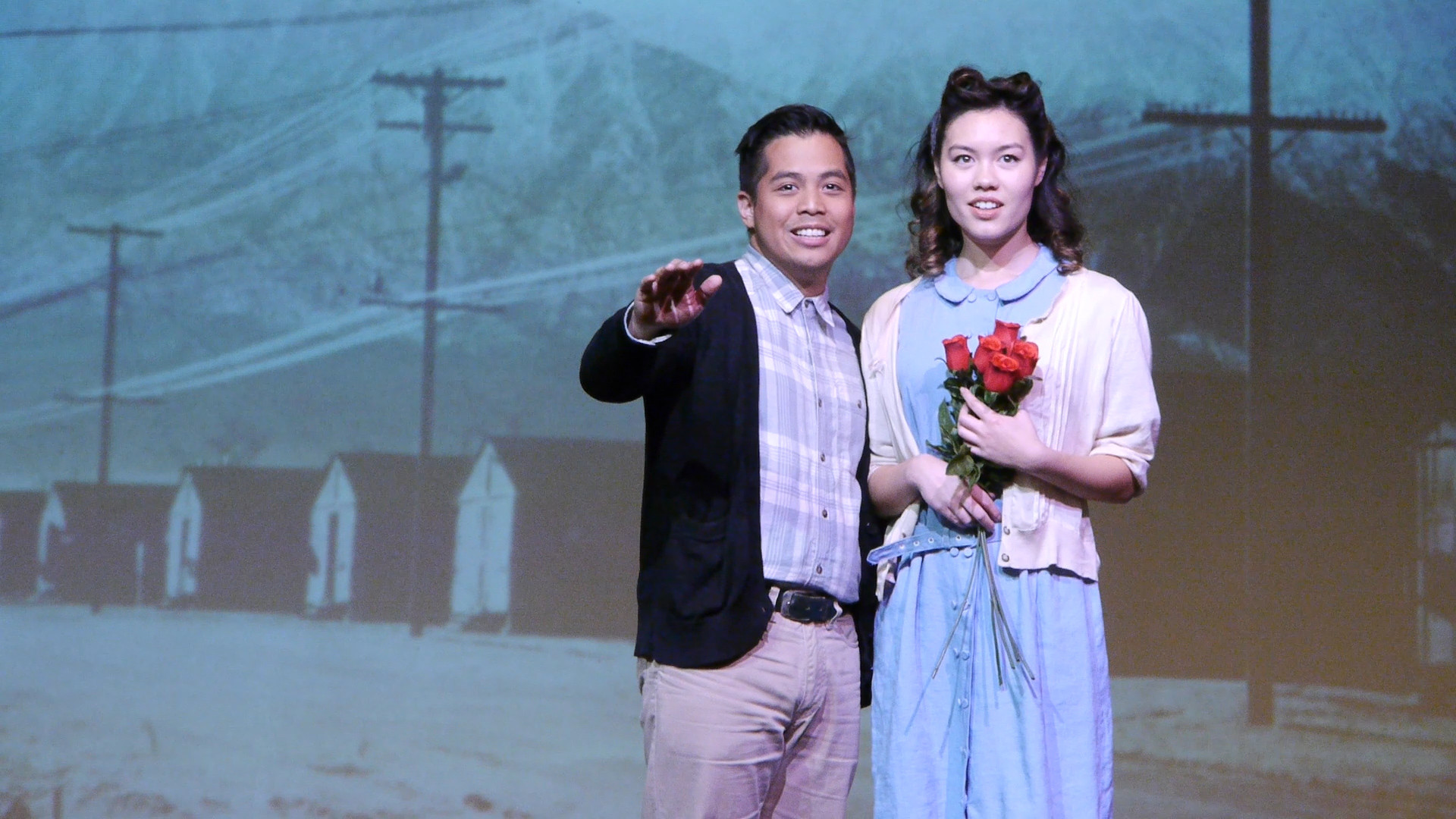 Any places to eat or things to do that you can share with our readers? If they have a friend visiting town, what are some spots they could take them to?
Oh man! If any friend is coming out to visit, I would first say “I hope you’re ready to eat!” I’m such a foodie, I live for finding new food spots all over Los Angeles. I would say some great places at the top of my head: Din Tai Fung, Big Boi, Jesse Boy, La Brea Ramen, Oo Kook KBBQ, NamSam, ROLL Roll Roll. The list could go on forever. You could say I’m partial to Asian cuisine but you can’t deny that our food is pretty bomb.

For other places, I would say taking them out to the greats like Griffith Observatory, Santa Monica Pier, The Grove or Westfield Century City. Those seem essential. Then there are other favorites of mine like Moonlight Rollerway in Glendale to rollerskate around a rink to funky music, hit up The Last Bookstore in DTLA because that place is just amazing, and then maybe head to Tramp Stamp Granny’s piano bar in Hollywood to sing our hearts out. There’s also any karaoke place in Koreatown which is always super fun! 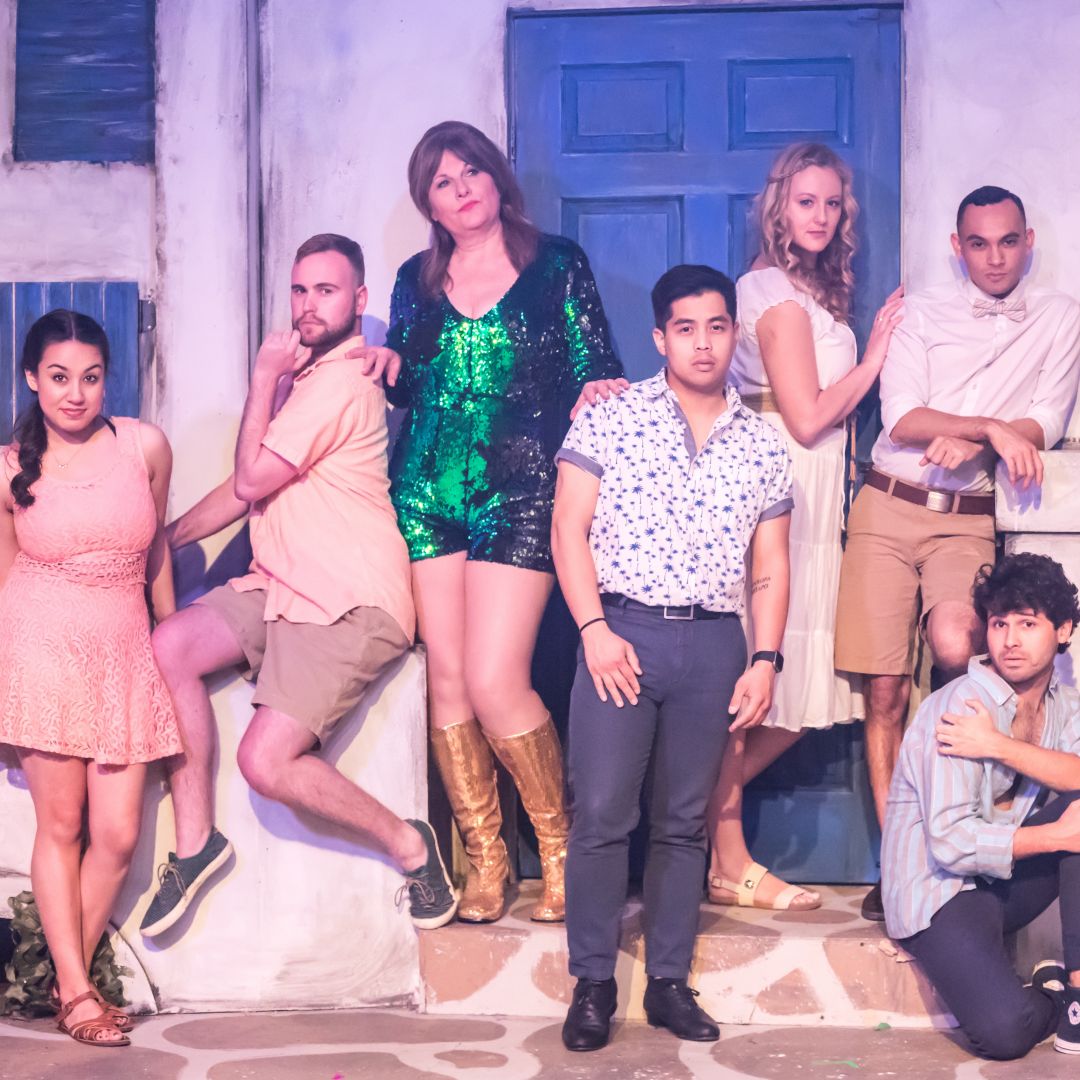 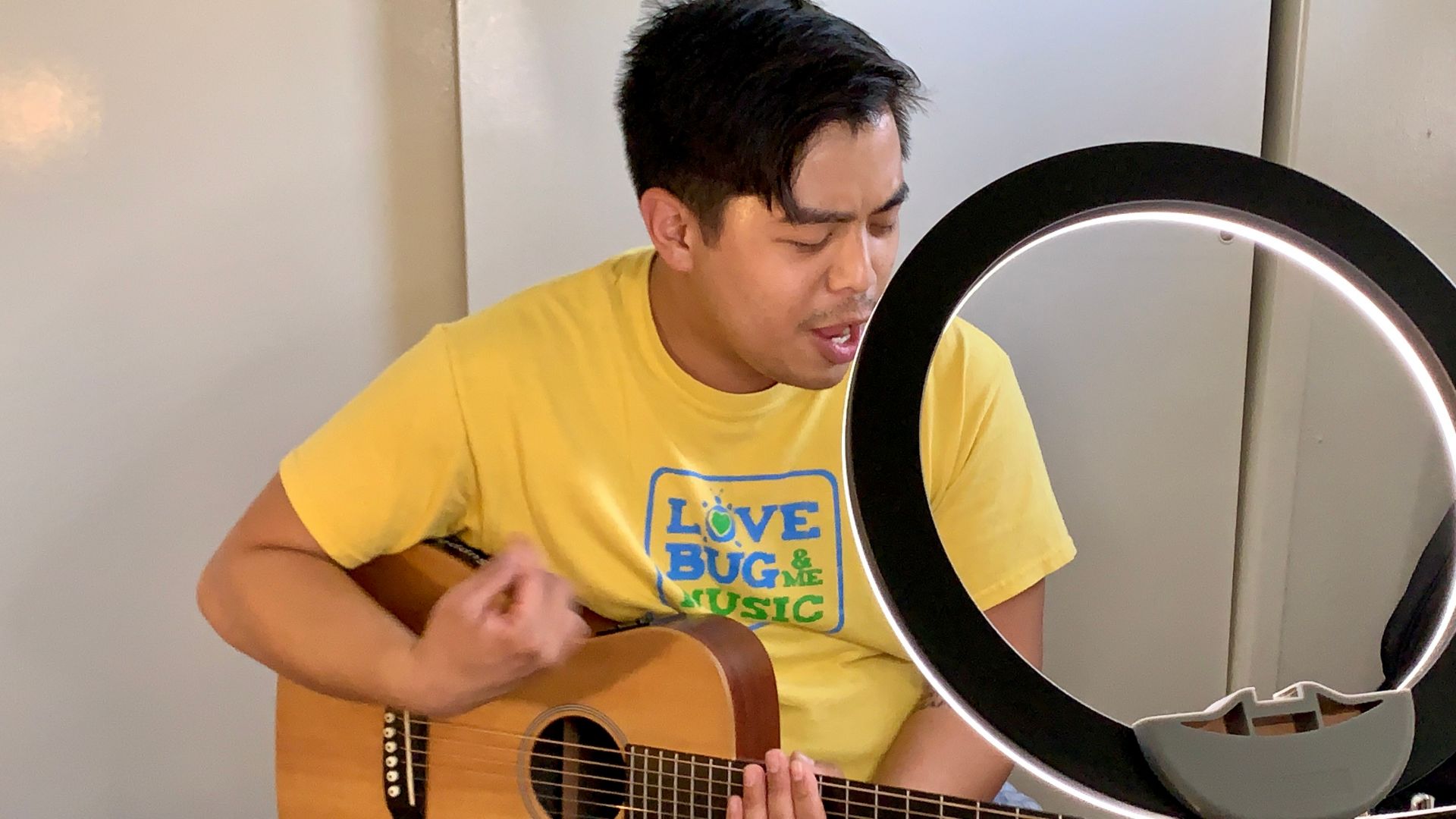 The Shoutout series is all about recognizing that our success and where we are in life is at least somewhat thanks to the efforts, support, mentorship, love and encouragement of others. So is there someone that you want to dedicate your shoutout to?
At the top of my head, my shoutout would have to go to my girlfriend, Asia Ring. Ironically, as I type this, we had just celebrated our 3-year anniversary yesterday. She’s been my pillar throughout everything, encouraging me and pushing me in all aspects. She motivates me to be better, to try harder. Whenever I feel lazy or down, she knows how to cheer me up. Without her support, I think there would’ve been a lot of auditions or shows I wouldn’t have tried for. I honestly don’t know who I would be without her anymore. And I can’t thank her enough for all the good she does. I know she would say the same of me, to some capacity. Or at least I hope so, haha.

I also want to give shoutouts to my family for being supportive of anything I do. The trust is insurmountable. Of course, my fellow creative friends out there. Just a few at the top of my head: Nate Stephenson, Ria Tirre, Patrick Issahakian, Casey Suddeth. So many more of course have made impacts on me. Big or small, they matter.

I couldn’t forget to mention my LoveBug and Me Music Family! I’ve been with this company for almost 4 years and it’s been a joy to be a mentor for so many kids as they slowly grow up and appreciate the joys of music. I’m proud to be there for the beginning of their journeys into life and hope they carry that feeling with them. Mary, thank you for taking a chance on me from my silly audition video singing “Twinkle Twinkle Little Star” so many years ago. I remember she said she already had a full team back then but she made room for me because she couldn’t pass me up. That really meant a lot. 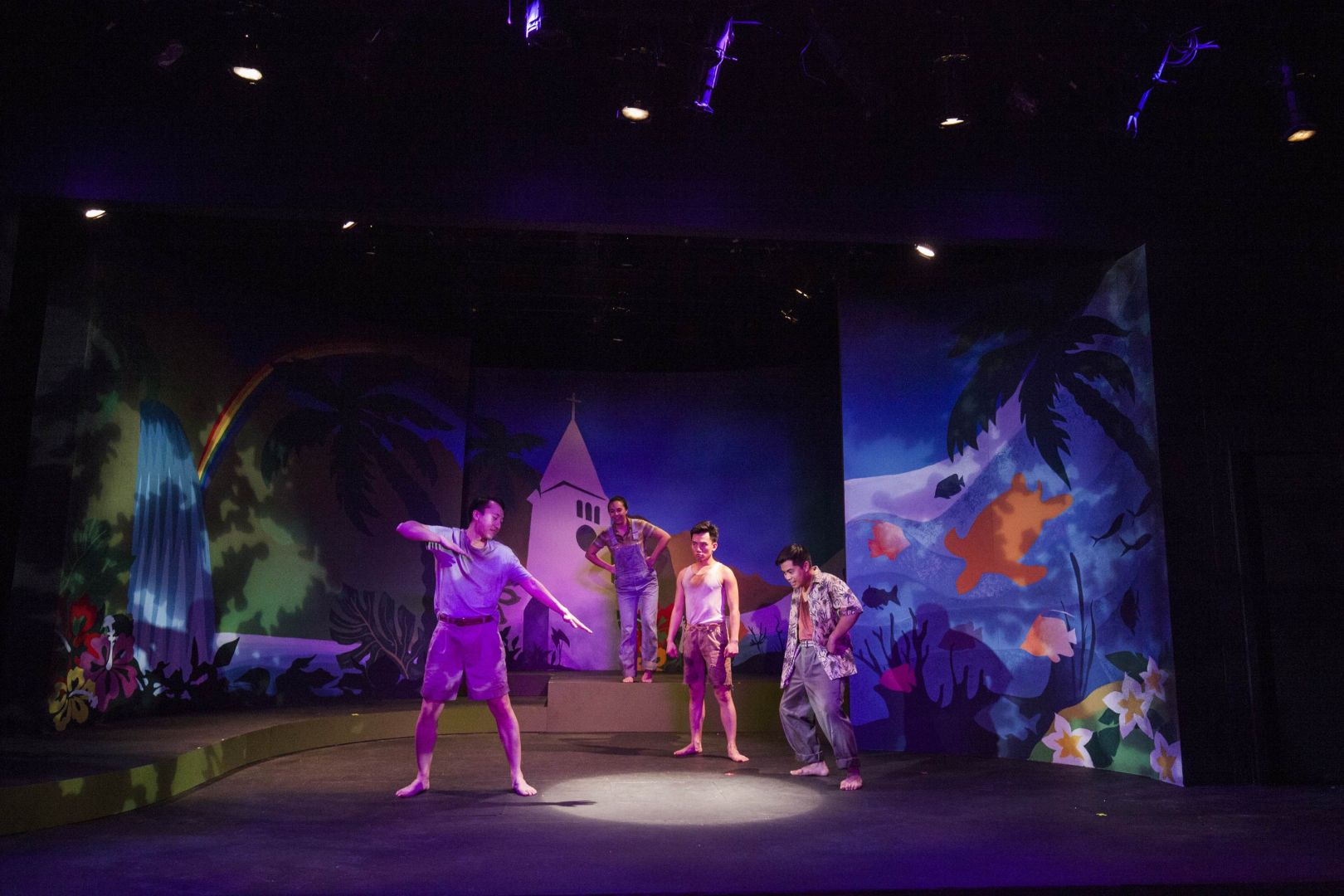