We had the good fortune of connecting with Mia Mormino and we’ve shared our conversation below.

Hi Mia, putting aside the decision to work for yourself, what other decisions were critical to your success?
Not attending college. That is hands down the most important decision I’ve made that’s contributed to my success. I grew up in a very cookie-cutter, picture-perfect, town and where you went to college after high school was disgustingly competitive, primarily amongst the parents. To me, going away for 4 years and then starting my music career didn’t make much sense. Would I have had a good time? Probably. Considering my career path as a musician, would it have been a bit of a waste. Probably. Don’t get me wrong, I’m all for education and if you want to be a doctor, that doesn’t mean you skip med school and “figure it out”. But when you’re choosing an artistic career, such as music, the most valuable asset you could obtain is experience, not a degree. 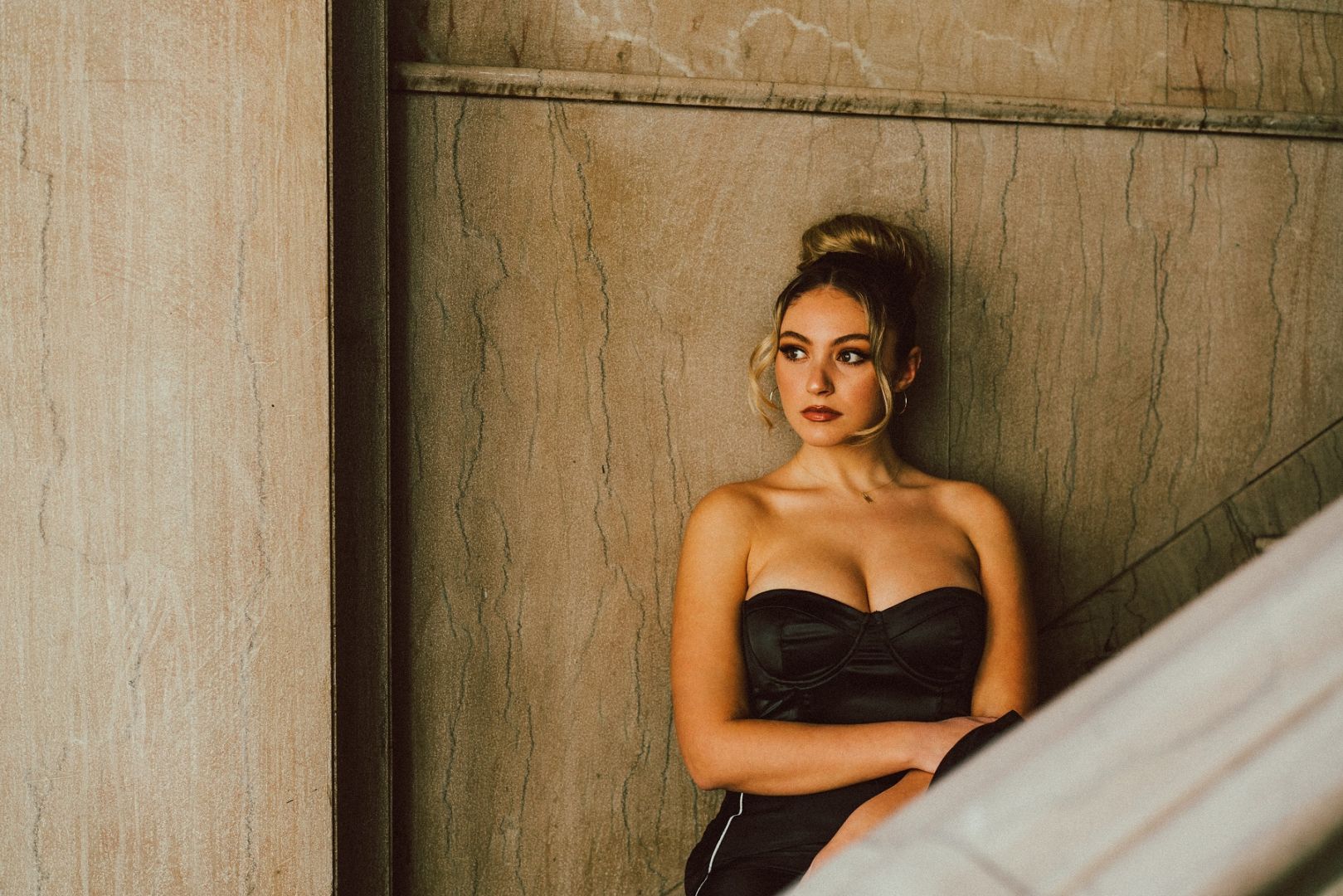 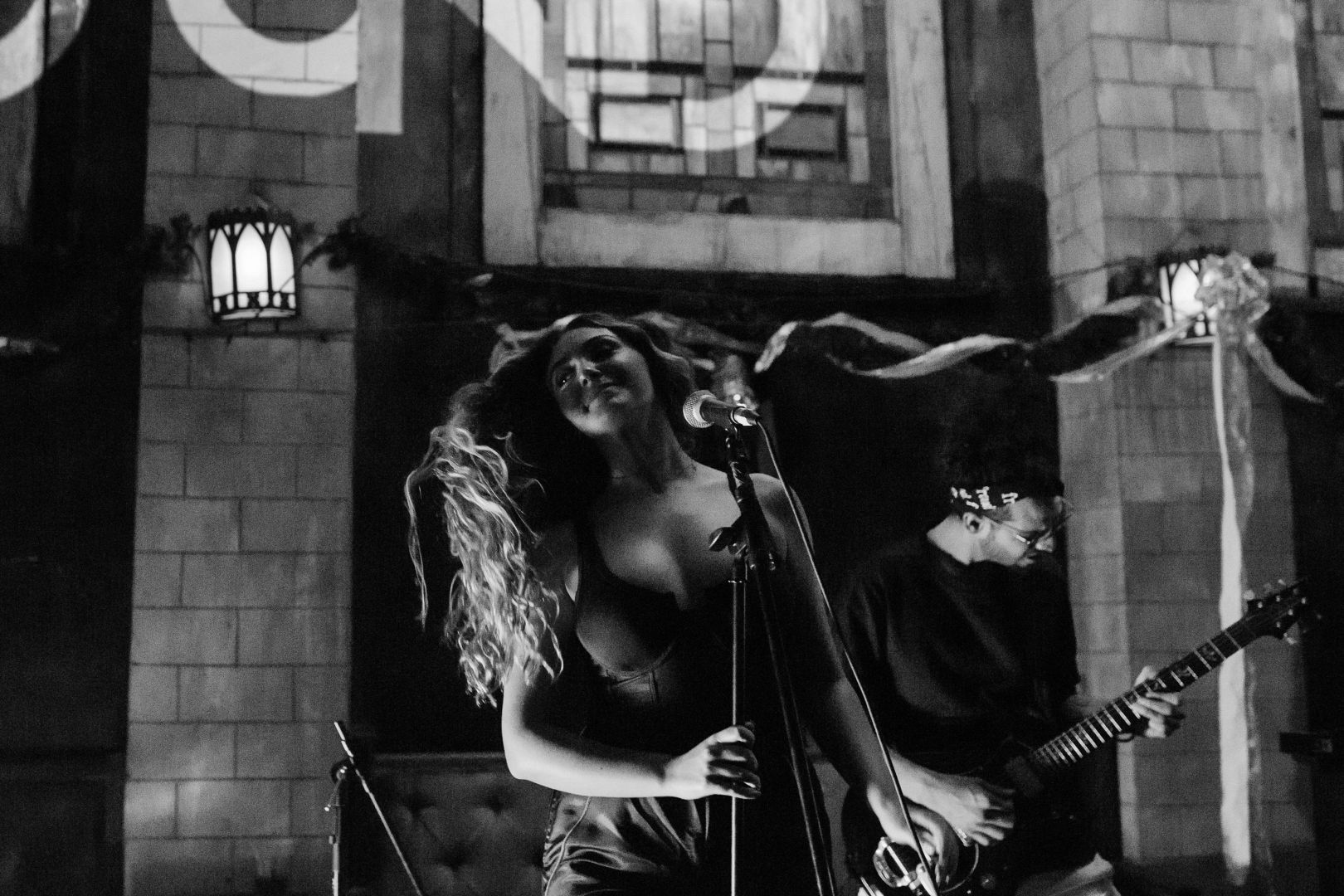 Let’s talk shop? Tell us more about your career, what can you share with our community?
Since the age of three, I’ve always been heavily immersed in the world of art/creative expression. My love and admiration for music began when I was put into my first dance classes: tap, ballet, and jazz. By the time I was a senior in high school, I had held the title of first place overall soloist winner for my solo to “Pyre” by Son Lux. Dancing was and still is such an incredible source of self-expression, but as I started getting older, things began to shift. At the age of 16, I was involved in my first “serious” relationship, which was incredibly verbally and mentally abusive. In the past, I’ve always used the phrase “unfortunately” when describing that relationship, but looking back, if it weren’t for being treated like actual garbage, I wouldn’t be the person I am today. At that time, dance wasn’t fulfilling my depressed state as much as I needed it to, so I thought, “Hey. Let’s try writing a song about what I’m feeling instead”. That’s when everything clicked. I was like, “I GOT THIS,” and proceeded to write, record, and release my first single, “Conflicted.” Once I got my feet wet with that, everything else started falling into place. Falling into place, meaning I found exactly what I wanted to do with my life and promised myself that I would never stop. I then wrote, recorded, and released 13 original singles, directing/producing/writing three original music videos, and featuring in an additional nine singles/music videos all in 2019, my first full year creating music professionally. If anyone says that the road to achieving what they want is challenge-free, they are flat out lying to you. No way on earth starting a business from the ground up-wether that be a cupcake shop or a music career-is easy. It’s the challenges you face along the way that makes the result/journey that much more worth it and rewarding. Okay, now that I got that off my chest, I will begin answering the question…because I definitely have had my fair share of obstacles. Starting in 5th grade, I developed body dysmorphia. I had my best friends call me fat, and all of the boys would run away from me because I didn’t necessarily “fit in” with the rest of the kids. Fast forward to high school and combine years of self-esteem issues with a boyfriend who called you a whale and “jokingly” told you to kill yourself, and you, my friend, have a recipe for disaster. By the time I hit high school, I had suffered from eating disorder tendencies, was severely suicidal, self-harmed, and drilled it into my brain that I was worthless. But, as I had mentioned before when describing that first relationship, I honestly wouldn’t trade any of the hardships I’ve been through for the world because if it weren’t for those many moments of wanting to give up, I wouldn’t have learned so quickly what it means to push through. Regarding my music career, there have been so many moments where I’ve felt/feel like I’m just not talented enough, or I’m just not pretty enough, or I’m just not skinny enough. But after thinking things through, I always remind myself that if I can get through times where I felt death was the better option, I can get through anything. It sounds dark, but that’s because it is. Life isn’t always rainbows and sunshine, and that’s just how it goes. What sets me apart is my ability to sing about everything I just mentioned before. There is nothing I won’t and don’t write about, which is what makes the relatability levels of my work outshine any other up-and-coming female pop artists. I know my purpose on this planet is to connect with others through the art of my music, and it’s only a matter of time until the world catches on. Hopefully, after reading the paragraph above, you understand I’m not a cocky, self-centered person. It’s taken me many years, medication, and therapy, to find my inner confidence and speak on behalf of that. But don’t be fooled; the amount of self-doubt I experience every single second of every single day is insane. But, if you only put negativity out there, only negativity is what you’ll receive. It’s all about manifesting your future. We have the ability to literally create our dream lives if we genuinely allow ourselves to take control and mentally go there. 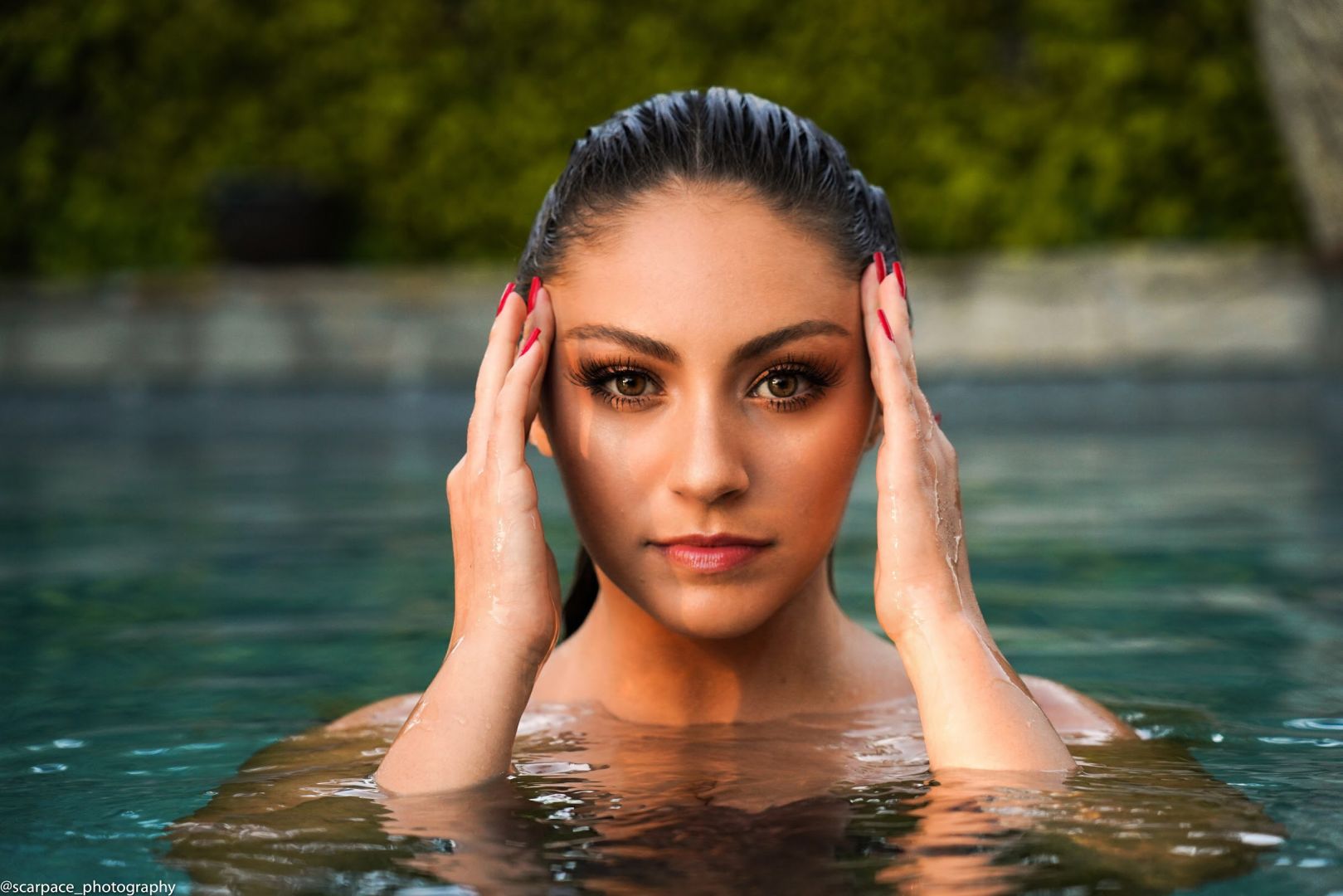 Any places to eat or things to do that you can share with our readers? If they have a friend visiting town, what are some spots they could take them to?
Right now, there is very little you can do in Los Angeles, but for the sake of this answer, let’s pretend we live in a COVID-free world (I wish). First, we would wake up and grab an acai bowl from my personal favorite, Ubatuba. There are millions of great places to get acai, but no one seems to do it like Ubatuba. Next, we would grab our bikes and take a breezy ride along the California coastline, starting in Malibu making our way to the Santa Monica Pier. There is nothing more magical than the glistening waves amongst the clear blue skyline. As an LA native, that’s one of the many stunning qualities CA has that I never take for granted. After we’ve landed at the pier, we’d cool off in the refreshing ocean and catch some golden rays by laying out in the toasty sand. Once we’re ready, we’d go home, shower, and get all dressed up to go to my ALL TIME FAVORITE rooftop restaurant called, Catch LA. If you’re going for the first time, you need to get the mouth-watering Crispy Mayo Shrimp and classic “Hit Me” dessert tower. It’s to die for. 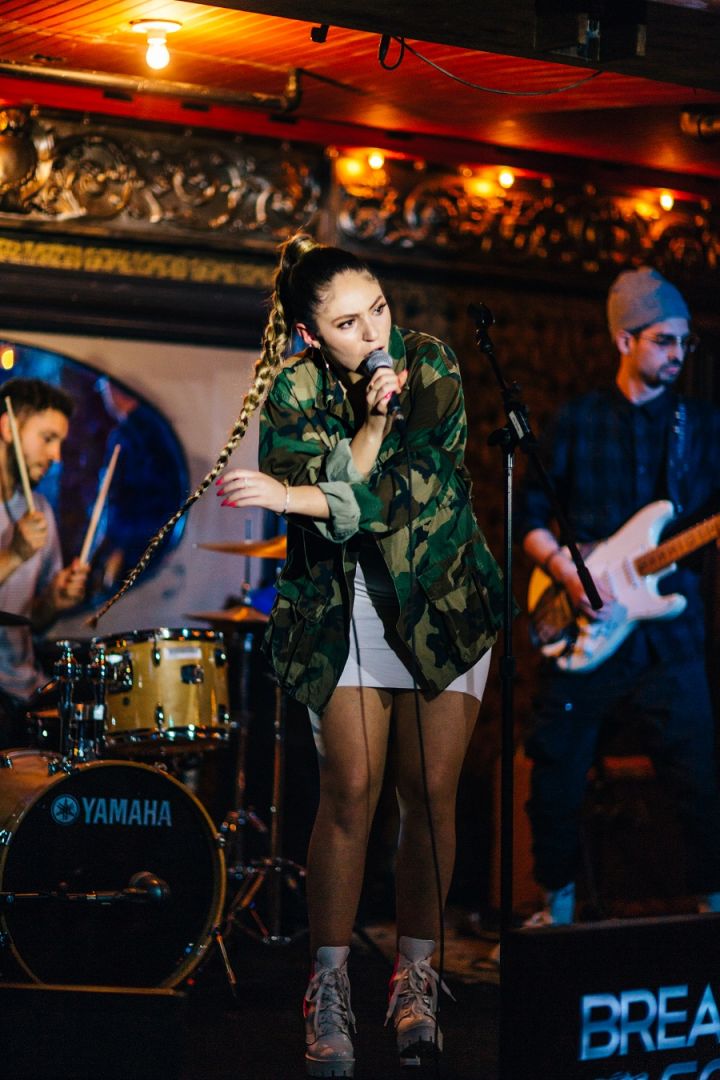 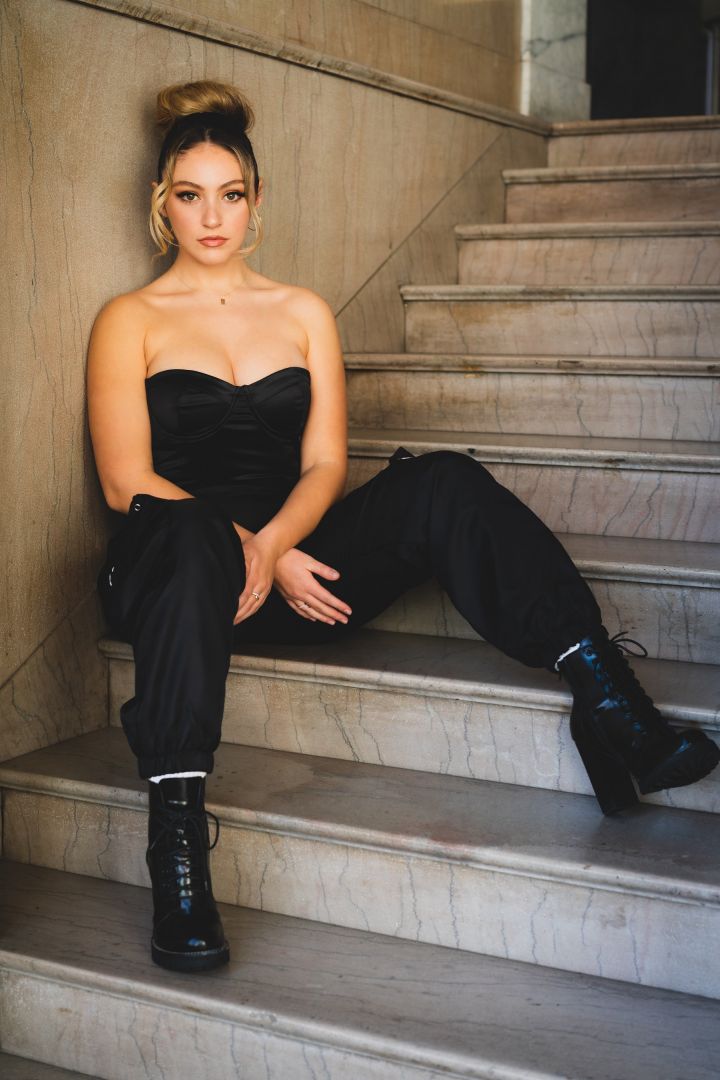 The Shoutout series is all about recognizing that our success and where we are in life is at least somewhat thanks to the efforts, support, mentorship, love and encouragement of others. So is there someone that you want to dedicate your shoutout to?
This shoutout goes to my younger sister, Lola. The second she came into this world, her strength was put to the test. Lola was born with cancer, had hip surgery at age 10, dealt with vasovagal, and most recently, in 2018, had misfiring neurons in her brain, causing her body to shut down. Episodes lasting anywhere from two to twelve minutes, making her unable to speak, stand, open her eyes, or move, were the results of the trauma in her bain. The list of health challenges goes on for miles, but those are some of the many obstacles Lola has overcome. She has taught and showed me what it means to push through time and time again. Lola is the most inspiring human being I know, and if it weren’t for her and her glowing positivity, humor, and heart, I absolutely wouldn’t be here today. Thank you for being my biggest role model, best friend, and light of my light, sissy. I love you.