We had the good fortune of connecting with Michelle Tyler and we’ve shared our conversation below.

Hi Michelle, why did you decide to pursue a creative path?
I would say my career in music pursued me. I started out singing and performing music as a very young adult for “fun”. At that time I really hadn’t considered that I could or would be able to continue it as my career path, but the total joy that encompassed me, watching and interacting with my audiences, led me on the path I now travel. Performing music is such a wonderful symbiotic relationship with the audience – they give and you give back in a circular motion. Everyone is left with the feeling of creating something bigger together. Now I could not imagine doing anything else. 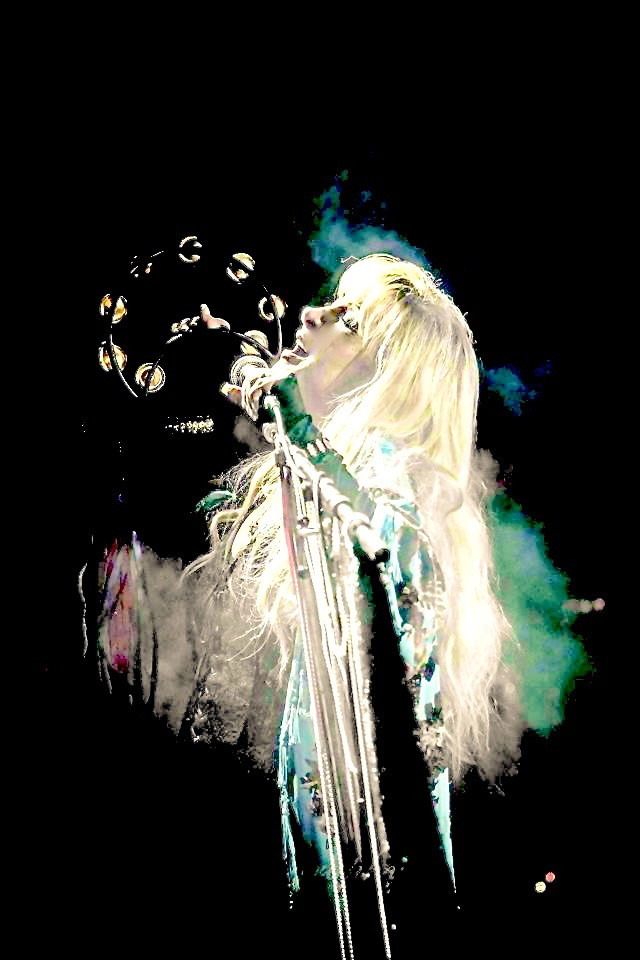 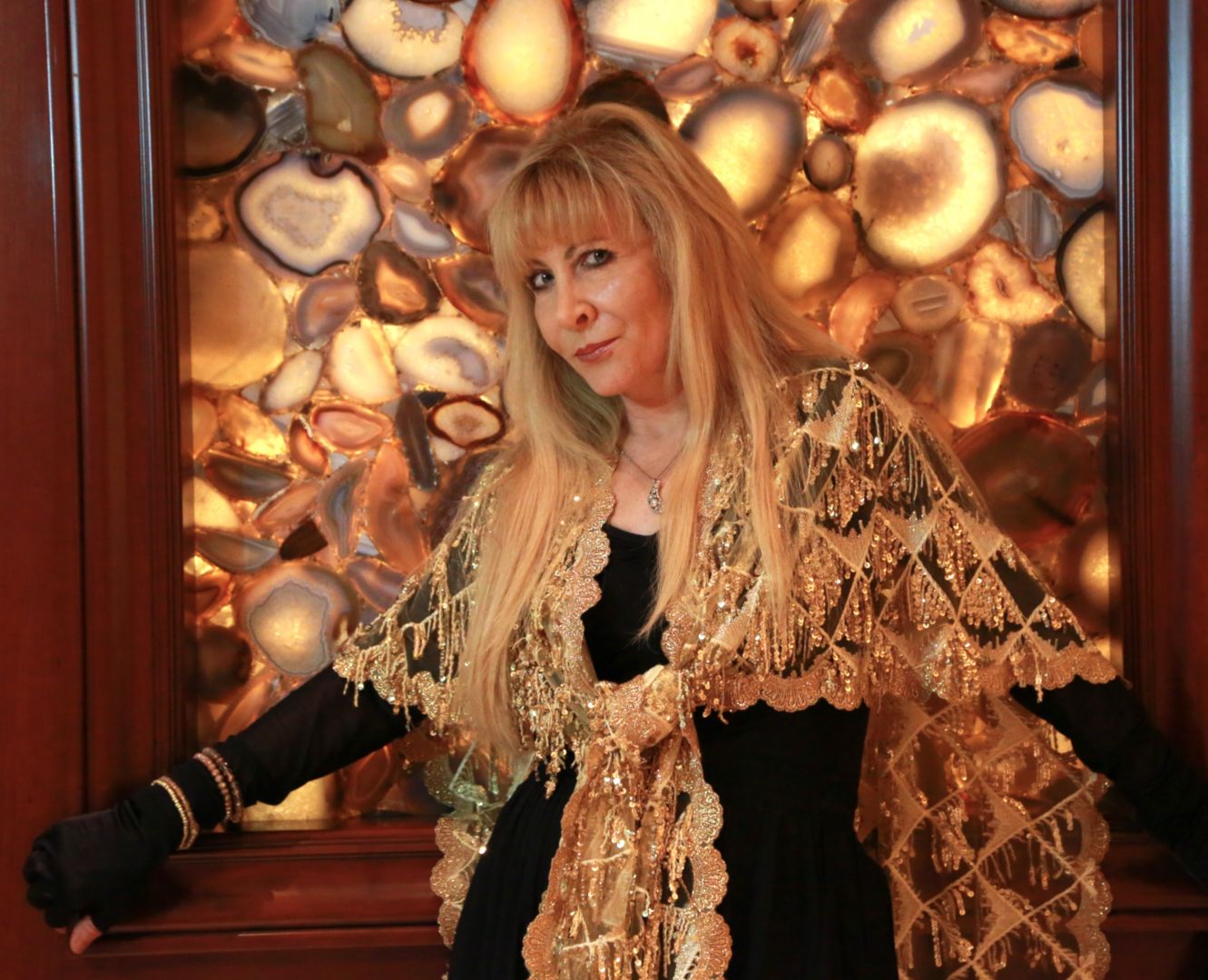 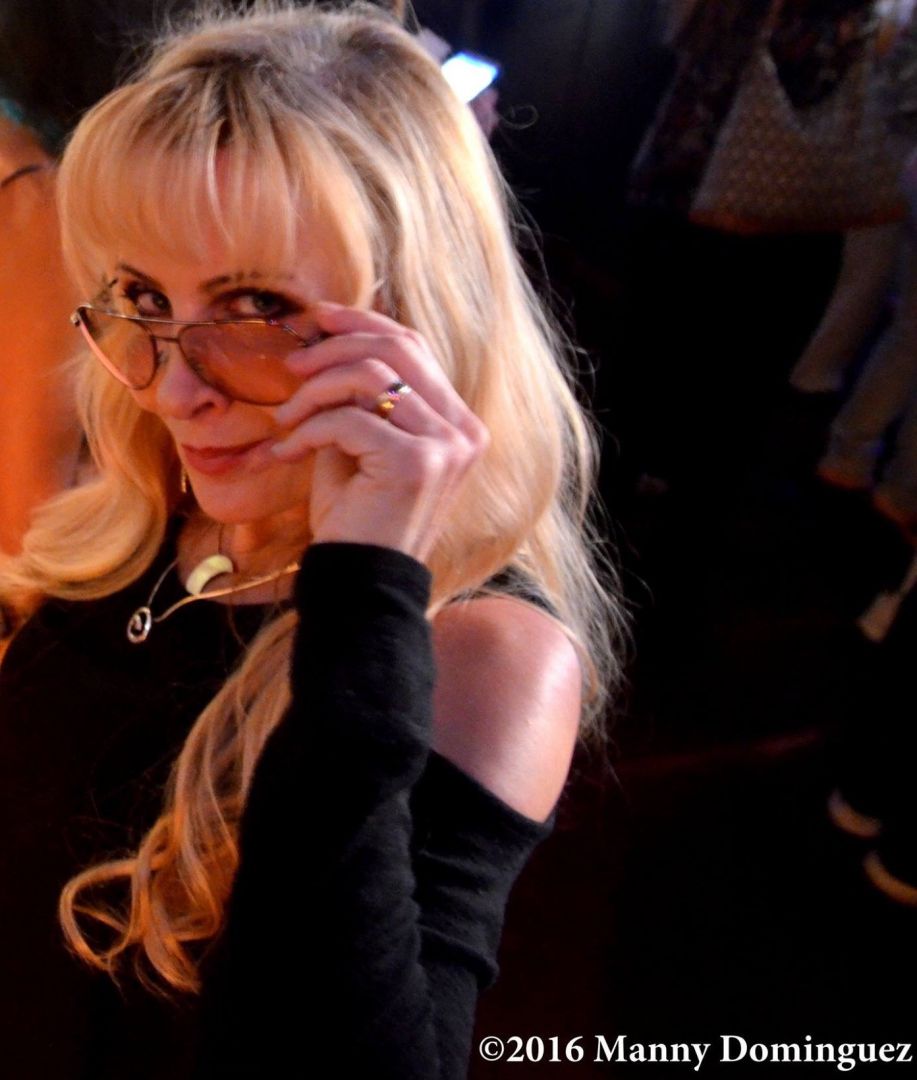 Let’s talk shop? Tell us more about your career, what can you share with our community?
I am a “tribute artist” performing as Stevie Nicks with my most current lineup, MIRAGE- Visions of Fleetwood Mac. What started out as a musical job, became a joyful recreation to one of the most prolific and ethereal women in music today. It is a complete labor of love. Stevie has such a fierce, loyal and loving fan base that at first I had to try and win them over. I started with BELLA DONNA in 2002 and at that time, was probably the only tribute artist to Stevie out there. I literally had big “platform boots” to fill! At times I felt like I was a taking on a lot to try and put together a convincing imitation of Nicks’persona. The fans would be the ones to decide if I was on the right track or not. Being especially protective of Stevie, they pay close attention to all the details. Even little ones. Not only the very stylized wardrobe, but the hair, the boots, and how the ribbons, glass beads and rhinestones draped on the mic stand. The way Stevie never takes the microphone off the stand. All the things that I studied over many hours while putting BELLA DONNA together. I was determined to bring them something special and as close as I could get to creating an illusion that they would embrace and accept. Through networking with Fan Groups, personal friendships along the way and an immense respect for the woman I try to capture, its been almost 20 incredible years . BELLA DONNA and now MIRAGE were both honored by Mark Cubans AXS TV show “The Worlds Greatest Tribute Bands’ and I was also given the highest honor of all when I was invited by the real Stevie Nicks to be her backstage guest at one of her solo concerts. She had heard me sing via a cell phone call placed by an associate at one of our shows (unbeknownst to me at the time) and I was contacted to meet with her. Stevie Nicks was very warm and heartily praised our performance even joking with me that I “Can take over anytime I would like”. That was a very big thrill and a wonderful endorsement of many years of hard work.

Let’s say your best friend was visiting the area and you wanted to show them the best time ever. Where would you take them? Give us a little itinerary – say it was a week long trip, where would you eat, drink, visit, hang out, etc.
Well, as you all know this past year has pretty much put a cramp in everything! But I know that the light at the end of the tunnel is coming soon and when it does I know all the cool places to take someone in Los Angeles and environs. A long weekend would start with a drive along PCH from Santa Monica to Malibu at sunset. I never get tired of that drive, Even with traffic, the ocean and the sea air make it all worthwhile to ditch the 405. Assuming the wineries are open and my guest enjoys a good bottle or two, I would suggest a day trip to the Funk Zone in Santa Barbara. Such a cool couple of square miles along the beach, dotted with boutique wineries and one of a kind shops. There is even a Bourbon distillery that is the only one in Santa Barbara! After sampling some of the best Sant Ynez from La Fond, Santa Barbara Winery and many other small batch wineries, We wold have al fresco dinner at The Lark, a relaxed but 5 star New American restaurant. After dinner, we would walk some of it off on State Street. I love State Street for its old world meets hipster vibe. There is always something going on after dark. bookstores, coffee houses, music coming from everywhere. I think I would round out the weekend with brunch at Saddlepeak Lodge in the Calabasas mountains. The atmosphere is Rancho Californian and the menu has contemporary and “wild” items. Definitely a southern California must do. Not to miss Los Angeles proper, later we would swing by Grand Central Market in Downtown LA or DTLA as we call it for some street food and a visit to the exquisite Bradbury Building which was featured in Blade Runner. The end of the day would culminate at The Last Bookstore. Which says it all, A wonderful weekend!!! Lets GO! 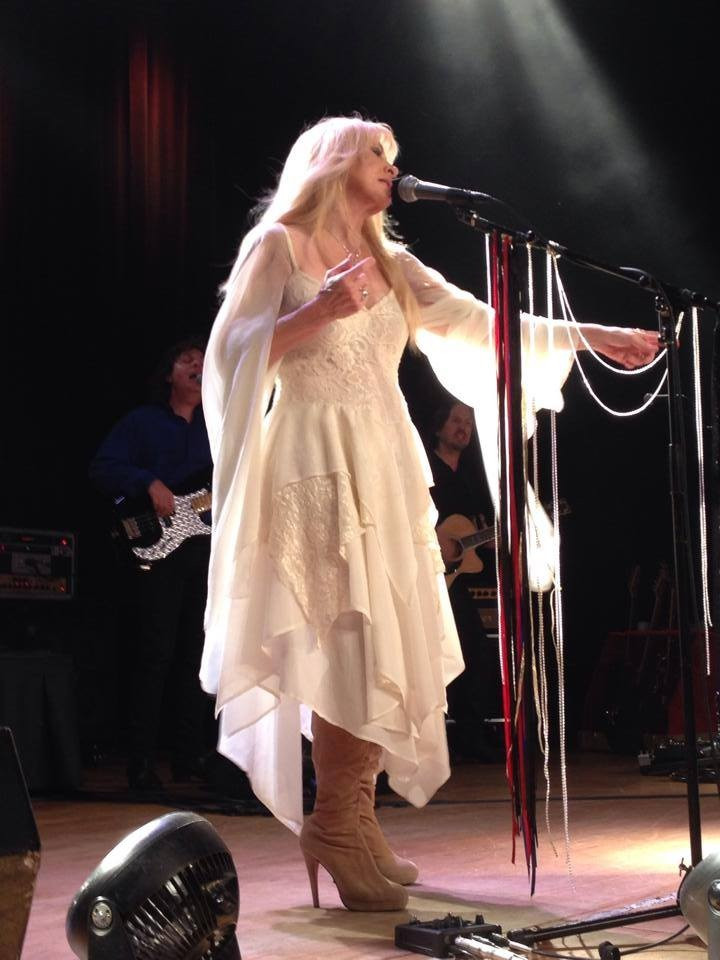 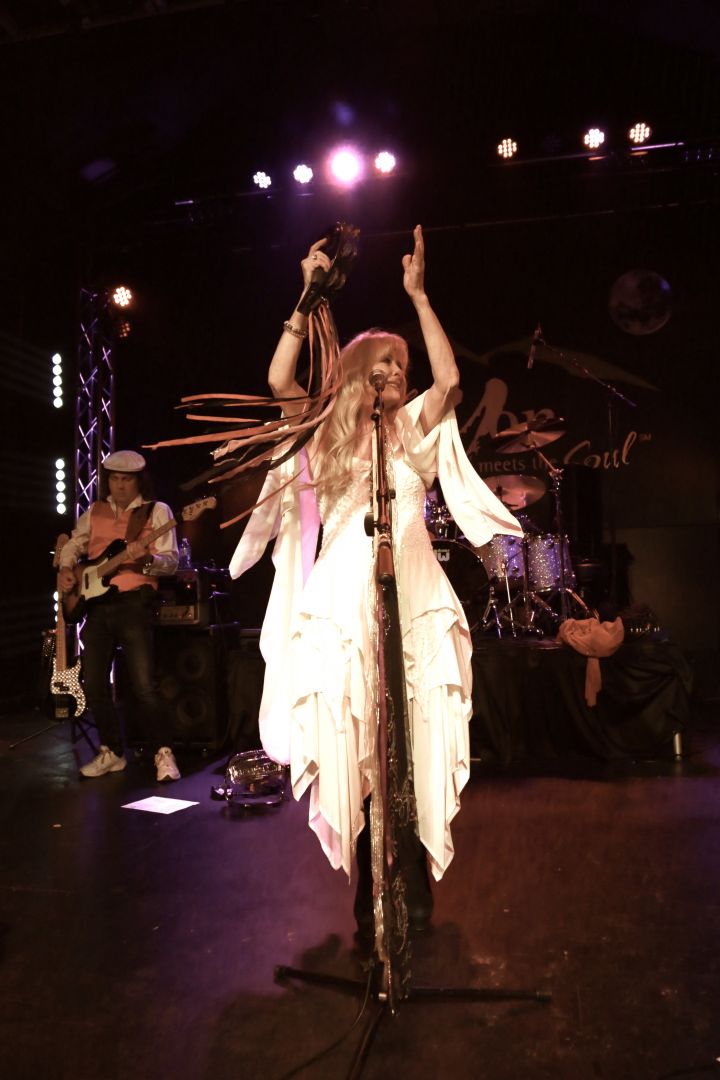 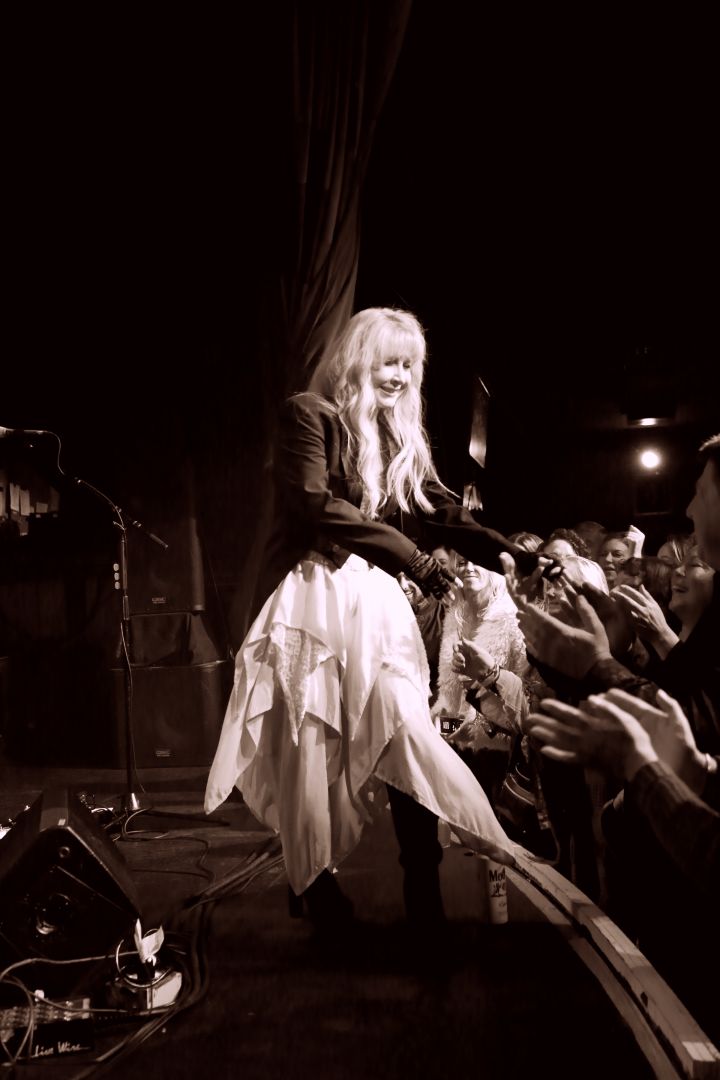 The Shoutout series is all about recognizing that our success and where we are in life is at least somewhat thanks to the efforts, support, mentorship, love and encouragement of others. So is there someone that you want to dedicate your shoutout to?
I would like to dedicate this shout out to the memory of Doug Shipley who passed away way too young in 2020 from complications of liver cancer and to his husband, Brian who have supported my band with loyal love and dedication. Brian maintains one of the most popular facebook groups dedicated solely to Stevie Nicks that he and Doug created in 2011 called nicksfix4us that now has grown to over 7500 members. Through their love of all of things “Stevie” and their support for my bands, Bella Donna and Mirage, they helped immensely promote us to the wonderful and loyal Stevie Nicks fan base. I honor and credit them for their continual love and support.