We had the good fortune of connecting with Mike Penny and we’ve shared our conversation below.

Hi Mike, why did you decide to pursue a creative path?
I feel lucky to have found my vocation in music so early. Having a sense of being particularly suited to do something in life, and having the ability to pursue that thing, is an incredible privilege. Music has been my guiding star since the age of about ten when I first started playing, although my ideas about what type of artistic career I want for myself have changed countless times as I’ve grown.
As a kid, I knew I wanted to grow up to make my living playing music, but the mental image I had then of what a successful musical career would look like was pretty simplistic: standing on stage with a guitar singing rock songs to arenas full of people! The dazzling sights and sounds on MTV were my only frame of reference.
As I continued to follow my curiosity in music, my ideas about what my ideal music career would look like gradually broadened. In my teens, I became more interested in music theory and even began taking private lessons to learn more about it. My teacher, James Paschall, exposed me to lots of new musical ideas and concepts, but he also opened my eyes to one important fact: professional artists must often wear many hats. He helped me realize how important music education was, in addition to being a performer, and how teaching could be yet another facet of a future career in music. I discovered that learning, and later teaching music was another side of music that I found fulfilling and wanted to do. My career as an artist was born out of an initial fascination and curiosity in art, which then grew and changed in various ways over the years as I grew and changed as a person. I think it’s important to realize that artistic careers and what they look like can, and perhaps even should change with artists themselves. There is no one artistic career blueprint that can can be followed by everyone. I think the keys are to let your artistic curiosities lead you, and to remain open to new opportunities and other avenues that appear along the way. There is endless value in being flexible and adaptive as an artist! 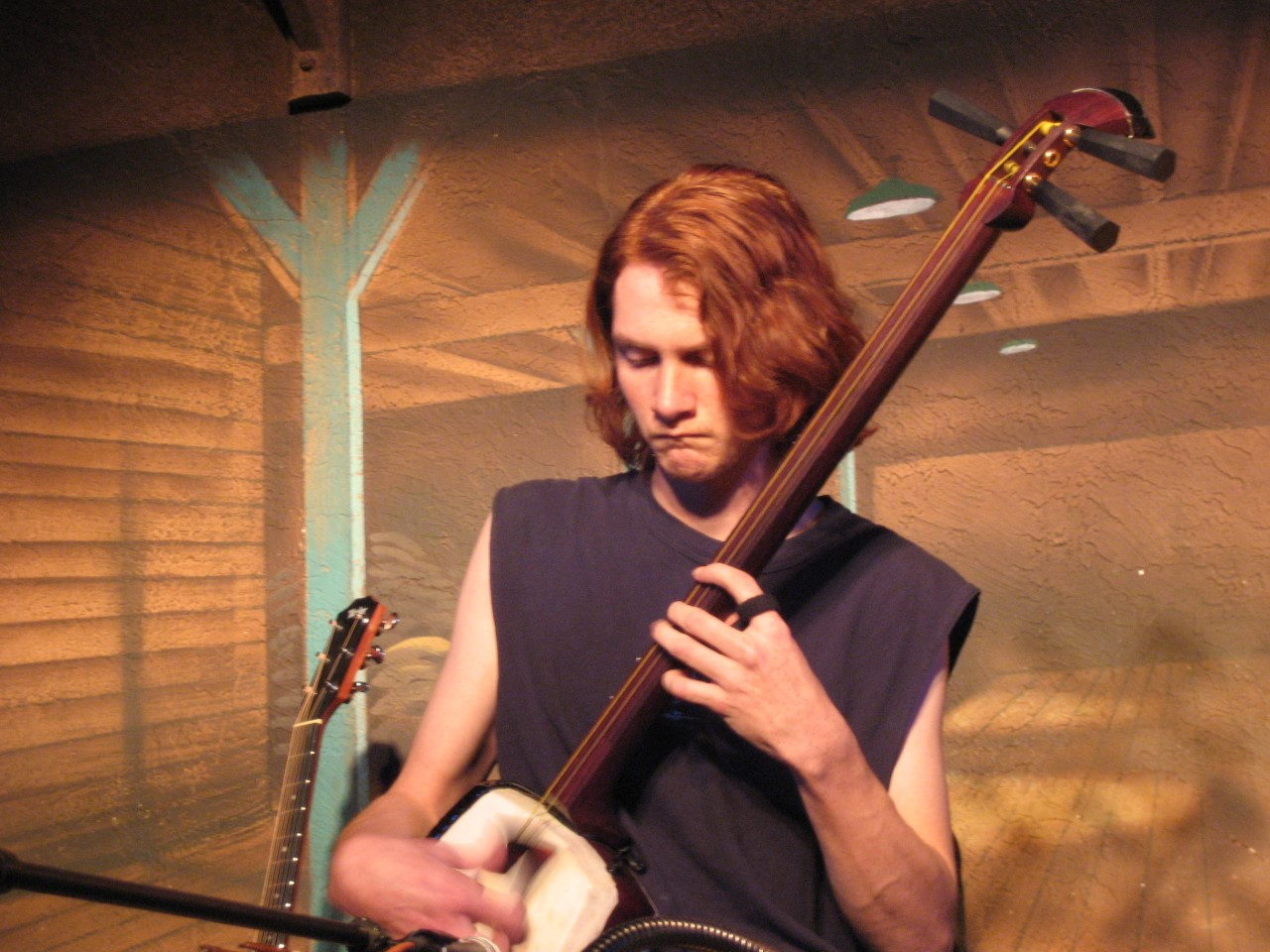 Can you open up a bit about your work and career? We’re big fans and we’d love for our community to learn more about your work.
I play the shamisen, a three-stringed fretless lute from Japan. On the shamisen, I perform traditional Japanese folk music (“min’yō”) as well as many other musical styles which, led by my own musical curiosities, I’ve adapted to the instrument. For the past 15 years, I’ve toured throughout the U.S. and Japan in various groups and as a solo act. I also teach privately, and do recording session work for various film and video game projects from time to time. What I enjoy most is playing and writing music on the shamisen that incorporates unique features of many different styles, yet does not betray the instrument’s traditional beauty. For example, I’m an avid fan of folk music from the Balkan countries, and I love adapting those challenging melodies to my instrument using both traditional and non-traditional techniques. 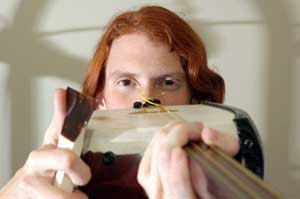 Any places to eat or things to do that you can share with our readers? If they have a friend visiting town, what are some spots they could take them to?
Los Angeles is such a special city in every way – topographically, historically, and culturally. This city really is a constant source of inspiration to me. I think about L.A. a lot when I write music and make videos. One of the first groups in L.A. I started to perform with regularly around 2005 was the Taiko Center of Los Angeles (TCLA), formed by the late Shuichi Tom Kurai, and playing with them exposed me to a lot of places in Los Angeles that I had never really heard about. Even though I grew up in L.A. County, it wasn’t until I started performing with TCLA that I learned how many awesome neighborhoods and pockets of unique Angeleno cultures there were here. When friends from out of town visit, I like to show them various spots that show off L.A.’s many landscapes.
One of my favorite places to take friends is the Japanese American National Museum (JANM) in Little Tokyo, which preserves and shares the stories of Americans of Japanese ancestry and their legacy as integral components of our history.
Then we would have to see the beautiful shoreline of Manhattan Beach, my favorite!
I would try to bust the myth that Los Angeles is nothing but a concrete jungle by taking my friend to see all of the serene, beautiful hiking trails in the Santa Monica Mountains. Or the peaceful pools found at the base of the Devil’s Punchbowl in the San Gabriel Mountains. We would have no trouble finding delicious food in my neck of the woods in West Hollywood, but maybe we’d hit up the always-yummy Pita Kitchen in Sherman Oaks. No shortage of beautiful sights, sounds, and people in this exciting city! 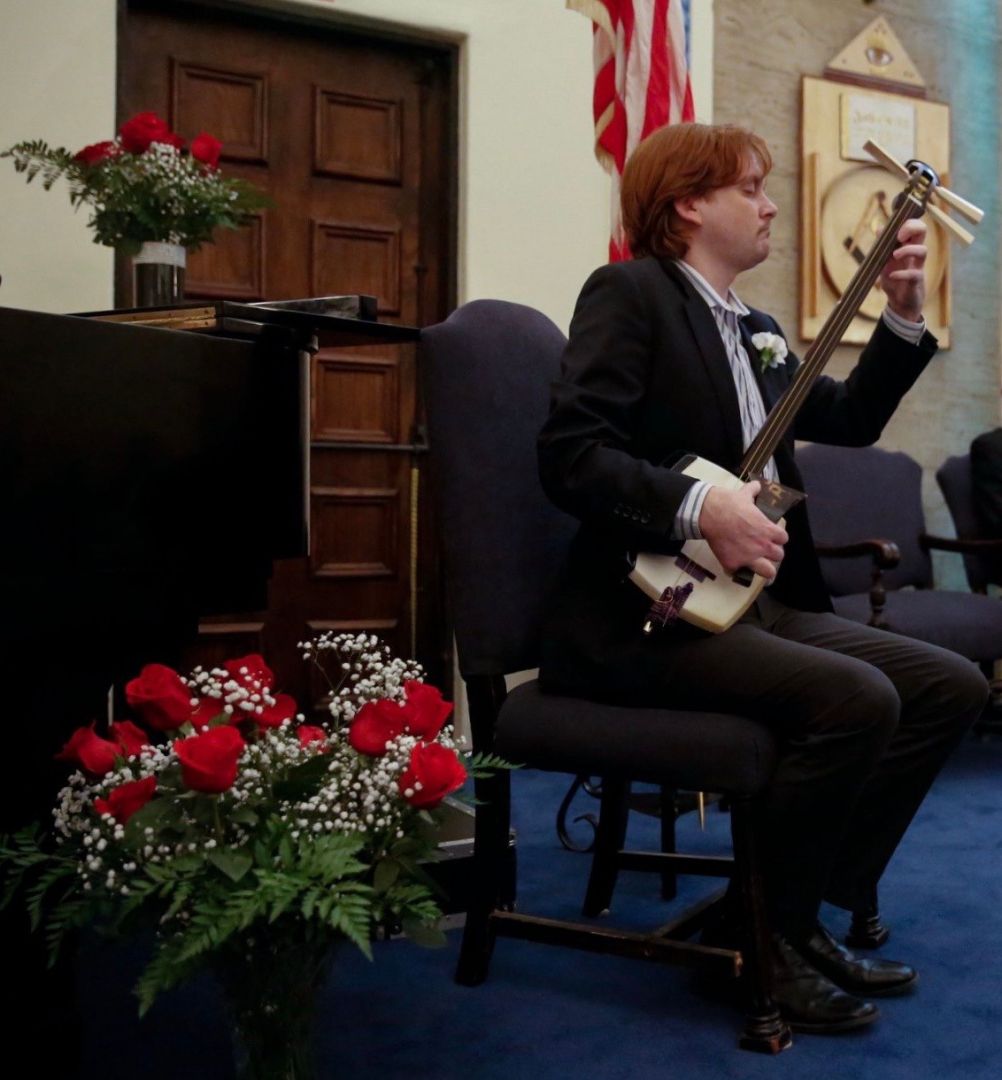 Shoutout is all about shouting out others who you feel deserve additional recognition and exposure. Who would you like to shoutout?
There are so many people who have contributed in meaningful ways to my development as an artist. James Paschall familiarized me with the tools of my trade, Kevin Kmetz and Fukushi Toyoaki showed me how to make the shamisen sing, and Shuichi Tom Kurai shared with me the wisdom and know-how he accrued over a lifetime as a performer. 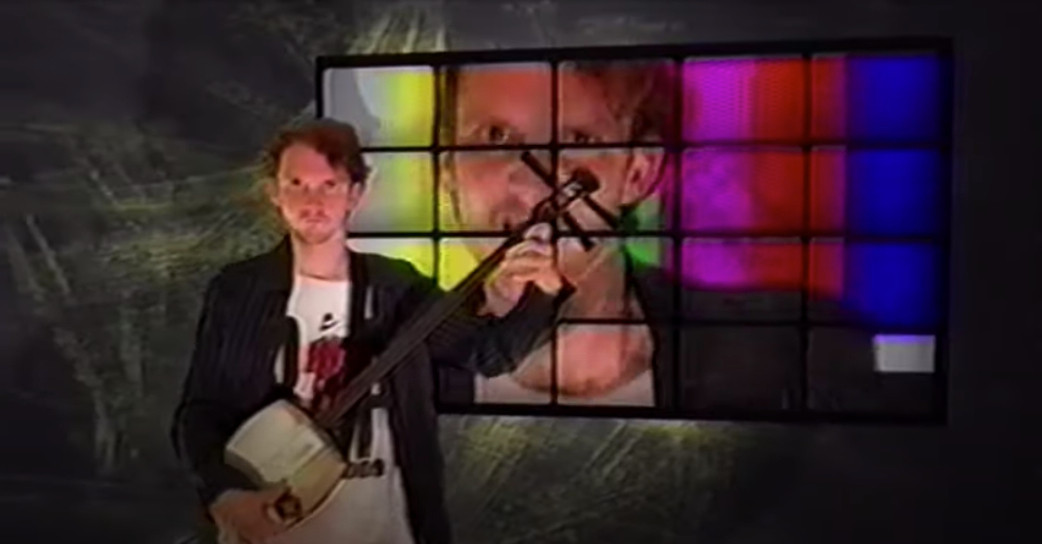