We had the good fortune of connecting with Moriah McDaniel and we’ve shared our conversation below.

Hi Moriah, what led you to pursuing a creative path professionally?
I pursued an artistic/creative career because this is where I feel at home and unstoppable. I have tried other career paths, but I always had the feeling of, “I’m not supposed to be here”. With having an artistic/creative career, I’m in my zone, I have an understanding of what I’m doing, and I know that this is where I’m supposed to be. 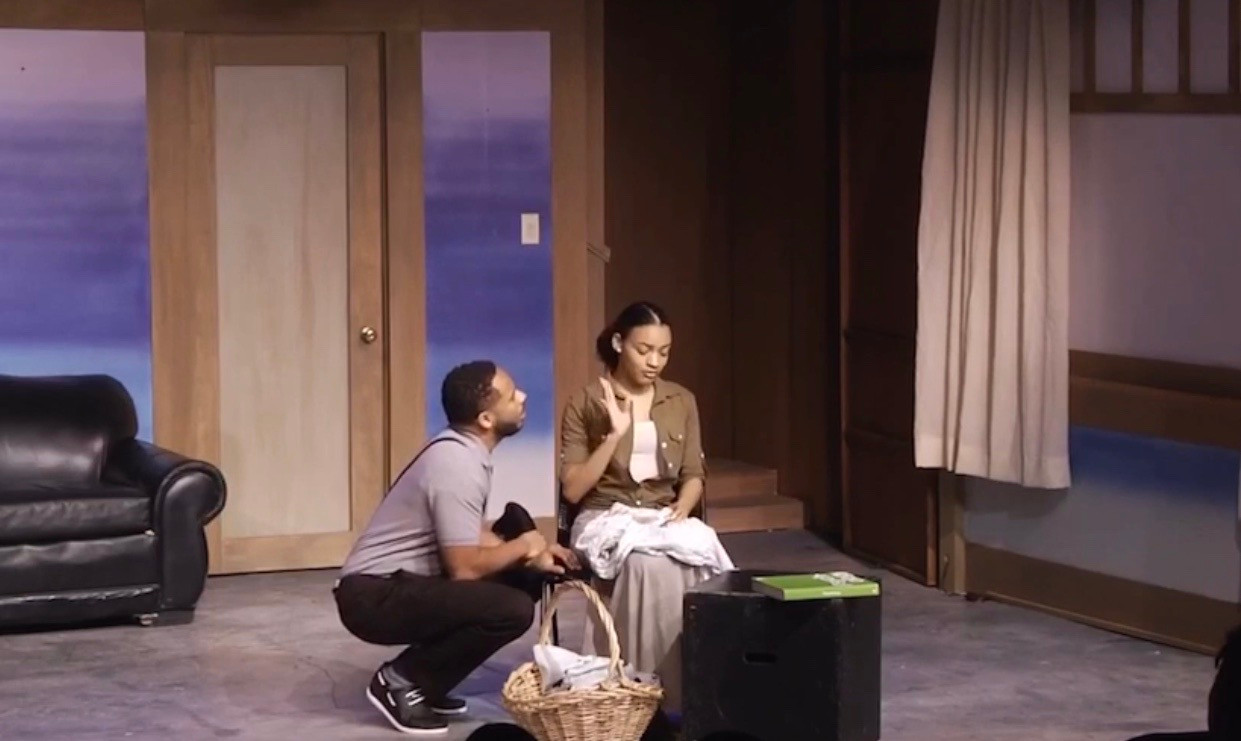 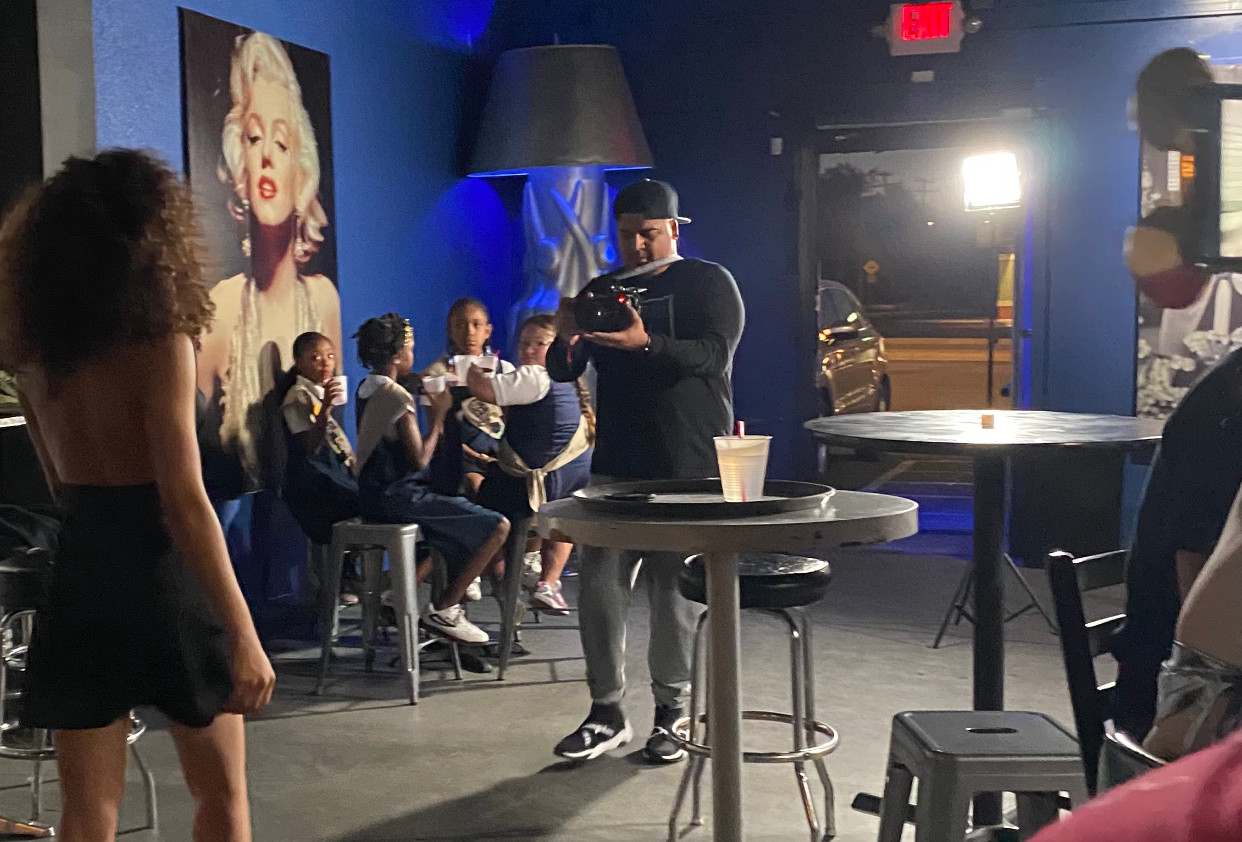 Alright, so let’s move onto what keeps you busy professionally?
I am a dancer, actress and screenwriter. I have always been a dancer first, I was born dancing. I trained in styles such as, Hip Hop, Belly Dance, Reggae, Post-Modern Contemporary, Modern, and the list goes on. When I started college I continued to focus on dance, but also branched off into other areas, such as, theatre and music production. I enjoyed the theatre, but I always knew I would rather be a part of film. Among many films I love, a select few are, “How the Grinch Stole Christmas”, “The Twilight Saga”, and all of the Marvel movies. It was in these films that I found myself imagining myself on screen with the other characters. Other times I would take the place of one of the main characters and surround myself with their circumstances. I desired to be a part of these films, and as a result, after graduating with my Bachelors in Fine Arts, I relocated to Los Angeles, where I went back to school and majored in Acting For Film.

I recently graduated, Summa Cum Laude, with my Masters in Fine Arts. I had the chance to network with new faces and well-known names in the field, I was able to work on the Universal Studios backlot, shoot and star in many short films and plays, do voice-over work, Stand-up comedy, screen write, direct, produce, and so on. While I was given many opportunities to act for film, I also found a passion in screenwriting for film. There were stories I wanted to tell, worlds I wanted to create, characters I wanted people to either relate to or see themselves as. I desired for my stories and movies to welcome viewers with open arms. For example, The Marvel Cinematic Universe (MCU) and The Star Wars Franchise. People, old and young, dress up as these characters for Halloween, Comic-con and cosplay conventions. They find an escape from their reality and enter into another world where the possibilities are endless.

It was not easy breaking into the entertainment industry, there were and still are many challenges. After graduating college, my career plans were interrupted by COVID. Production studios closed down, casting calls were put on hold, and businesses were shut down. With everything ceasing to operate, I ended up having to leave LA and return home. Relocating back home, discouraged me, but I couldn’t give up. Not only because my mom wouldn’t let me, but also because I did not have a Plan B. My passion in this artistic, and creative, industry, was always Plan A and I was sticking to it. I created accounts with Backstage, LA Casting, Actors Access, etc. just so when things opened back up I could continue where I left off. During the COVID lockdown, I continued dancing and training, and I began screenwriting and bringing my stories to life. When businesses began to, somewhat, open up, I was able to audition for an agency, where I received my first talent agent. Since receiving an agent, I have been able to feature in music videos, and be in commercials. I have yet to act in feature films and bring my stories to the big screen, but I understand these things don’t happen overnight. Until my time comes, I continue to pray, work, create, and perfect my craft.

The journey has been tough, but if it were easy, everyone would do it. I have had ups and downs, rejection and acceptance. I’ve learned that I have to put in hard work, stay strong and push through these obstacles. You fall down seven times and and you get up eight. The entertainment business is not easy to breakthrough, but there are many doors to enter from. Therefore, I do not limit myself to one category, because I know I am capable of more. I am a dancer, actress and screenwriter, and as I continue to grow and go farther in the industry my titles will expand. I can’t give up today, because I could win tomorrow! 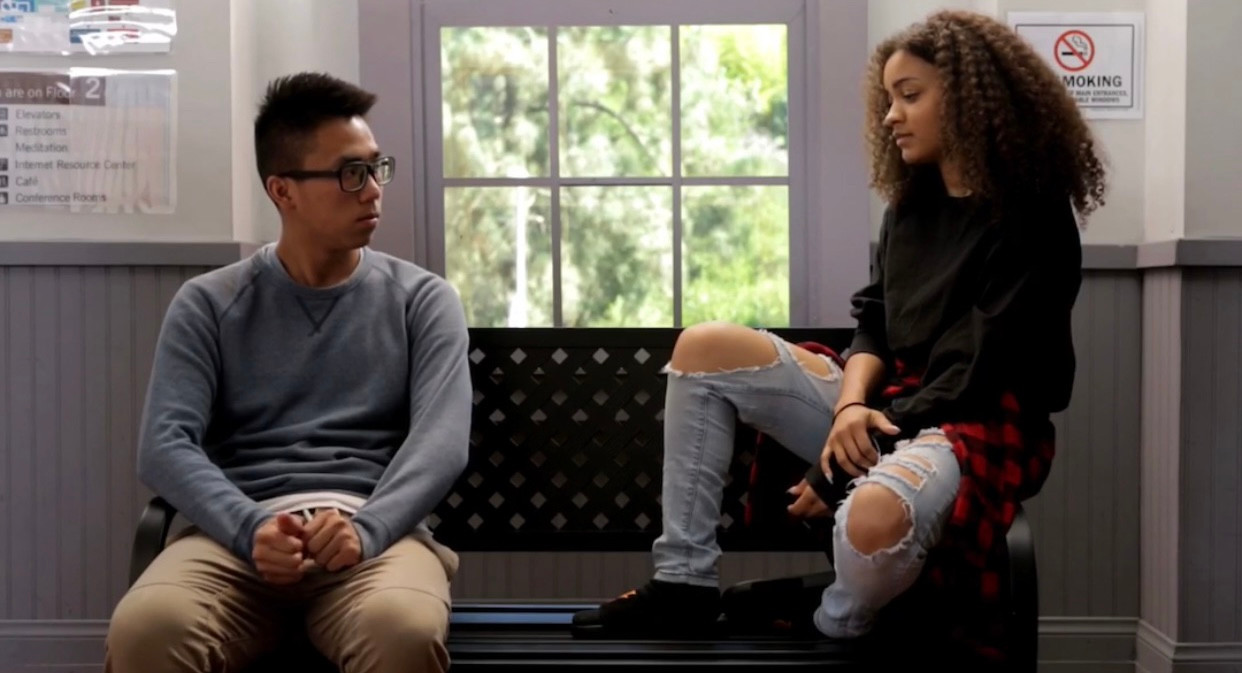 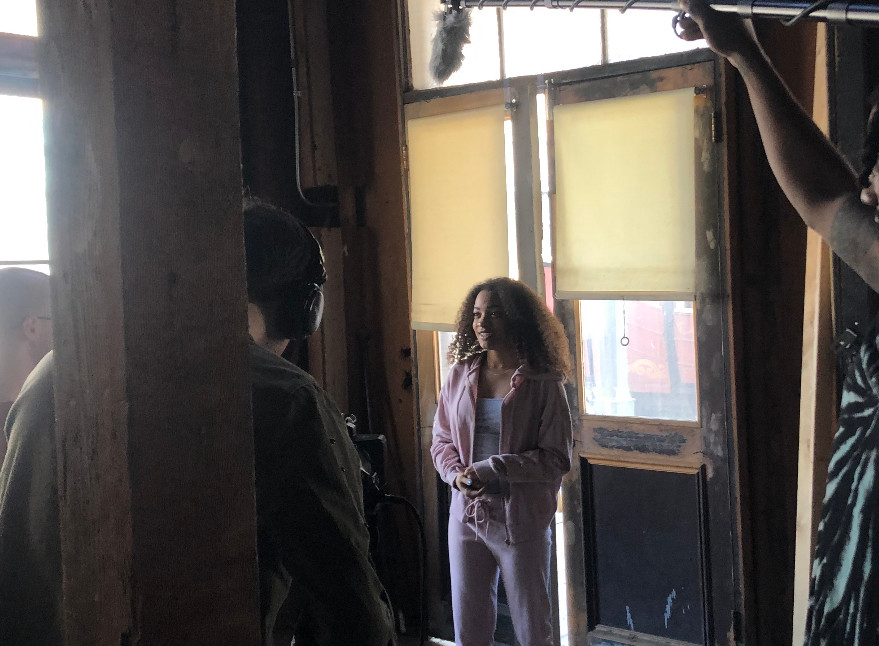 Any places to eat or things to do that you can share with our readers? If they have a friend visiting town, what are some spots they could take them to?
My best friend and I are like the same person. We love food, drinks, trying new things, clubbing, and movies. If she were coming to visit, after setting down her luggage and getting situated, we would relax for a moment, freshen up and then go to a place called Fat Tuesday. There’s music, great vibes, good food, and amazing daiquiris. The following day, we would go to the spa in the morning and then go to Hash Kitchen for brunch. Later, Top Golf, for games and fun and to end the night, we would go to Old Town Scottsdale, for the clubs, music and drinks.
The next day, we’d have breakfast at Snooze, followed by a Paint N Sip, friendship ear piercings, and Dinner at Toca Madera, then return home and watch movies on Netflix all night.
Of course we would have to fit shopping into the itinerary. Afterwards, we would venture off to MAVRIX, for bowling, laser tag, and pool. Right next to MAVRIX is indoor skydiving and go kart racing, both events last no longer than an hour and a half. Therefore, we would be going to both! My best friend and I are very adventurous and love a good thrill. After days of excitement and adventures, on her last day, we would eat at the Breakfast Kitchen Bar, and later relax, go for a swim, and end the day some TV shows and movies on the couch! 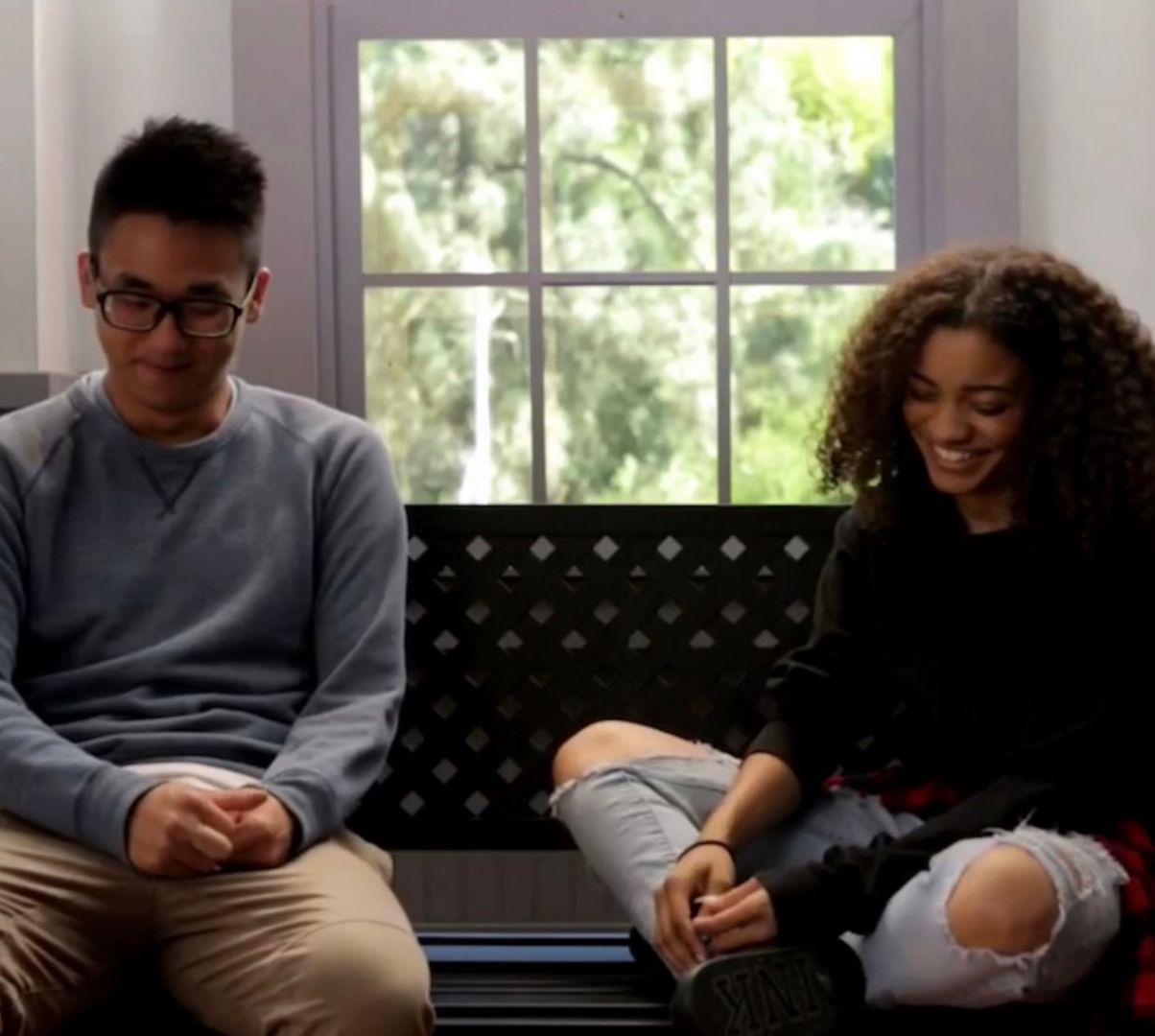 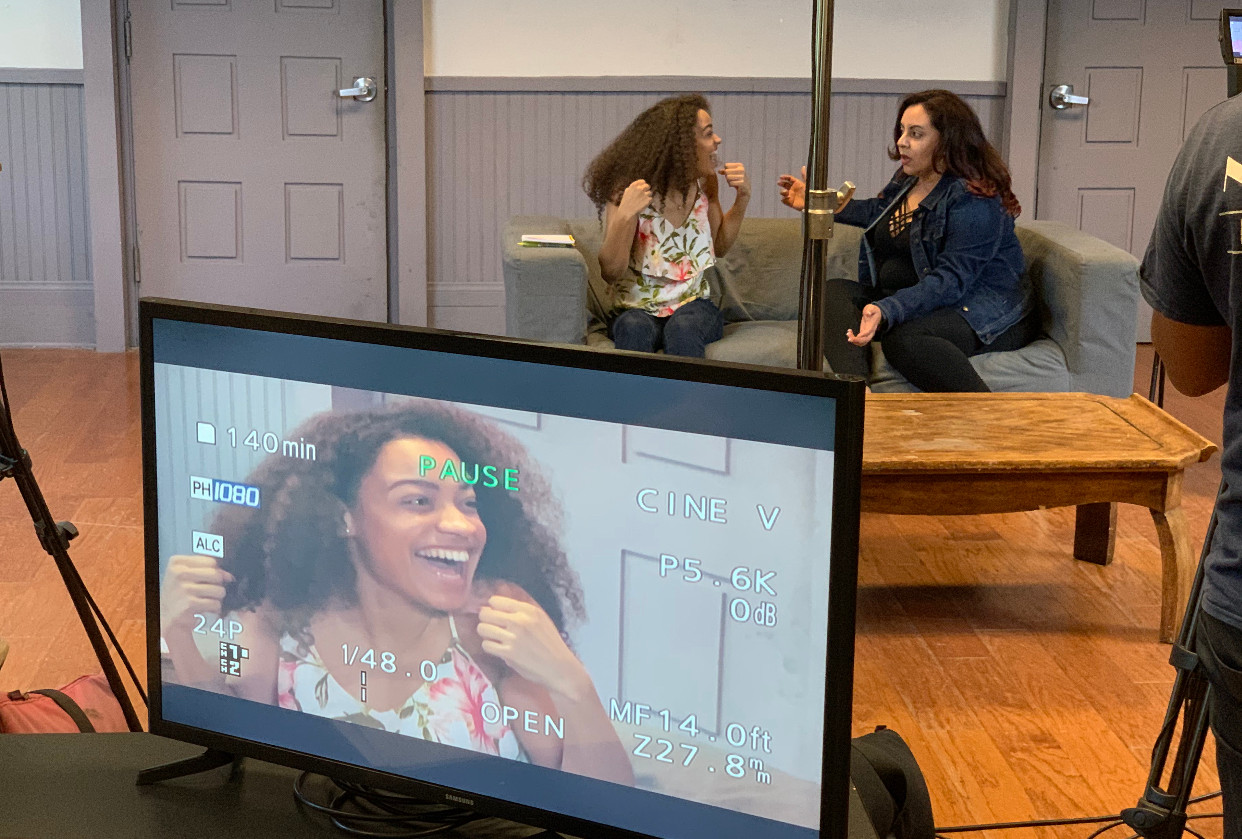 Who else deserves some credit and recognition?
I definitely want to dedicate my shoutout to my family, because being an actress and a dancer is not like being an architect, a dentist, or a pharmacist; It’s not considered a “real” job. To have my family’s support as I create a name for myself in the entertainment business means so much to me. One person in particular is my mom. She raised me to go after what I am most passionate about, not to sit behind a desk, working a 9-5 job. My mother’s love, support, and words of encouragement, have helped me get to where I am today. She has been there every step of the way, even when times were challenging, she was on the sidelines praying and rooting for me. My mom definitely deserves some credit and recognition! 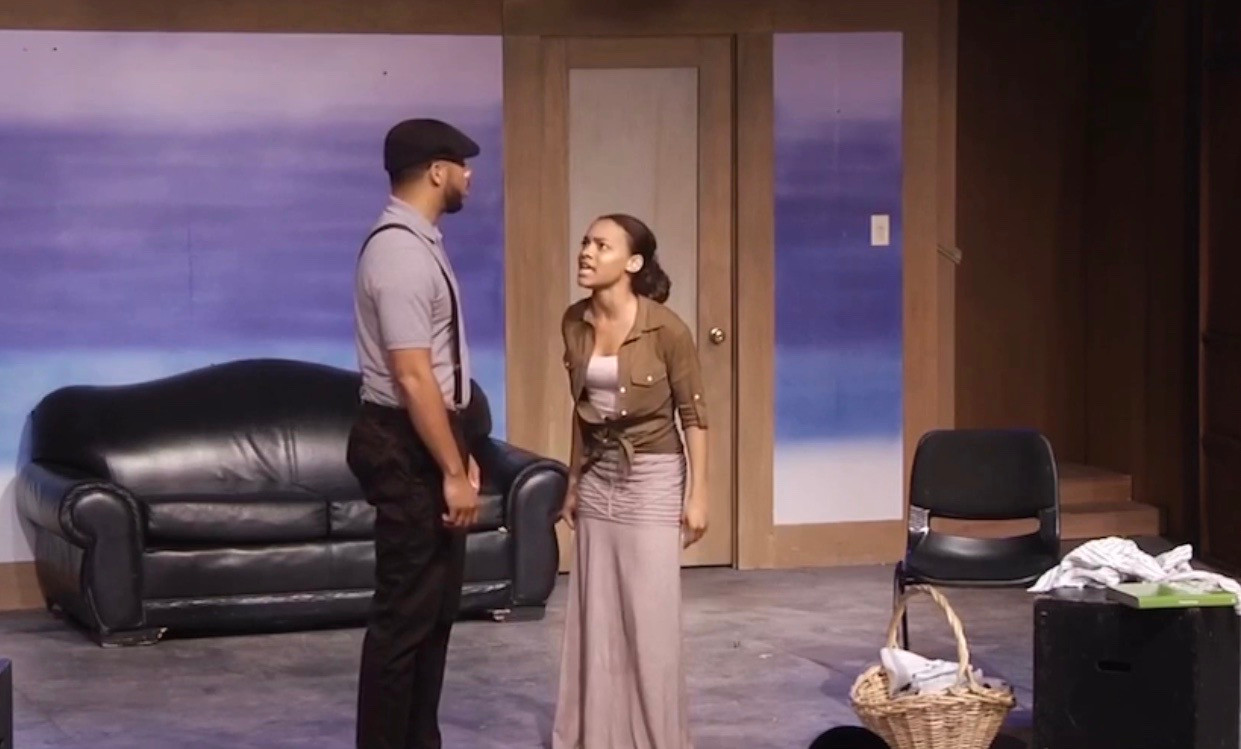