We had the good fortune of connecting with Naomi Petit and we’ve shared our conversation below.

Hi Naomi, the decisions we make often shape our story in profound ways. What was one of the most difficult decisions you’ve had to make?
Maybe dropping out of Acting School back in NYC and move to LA. I had quit my job at this time and it was the only income that was allowing me to pay for school and rent each month.
I was bragging all year long to my classmates how I was going to move to Los Angeles for my second school year but in my head it was just sounding like “Yeah alright Naomi, you’re not going anywhere, you love NY too much and how can you even go about taking such a big risk, you don’t know anyone in LA, you’ve never been to LA”.
Then, life events, the Universe, everything made me quit my job and not knowing what to do after, I told myself “Well, you want to be an actress, LA is the place to be for you!” – It does look like I’m talking to myself a lot! haha!
The little money I had saved from splitting my bed/ rent with a good friend in NY, allowed me to do the complete move to the West Coast.
I was super scared, leaving everything I had started to build and everyone I loved, but I decided to trust and start from scratch again. 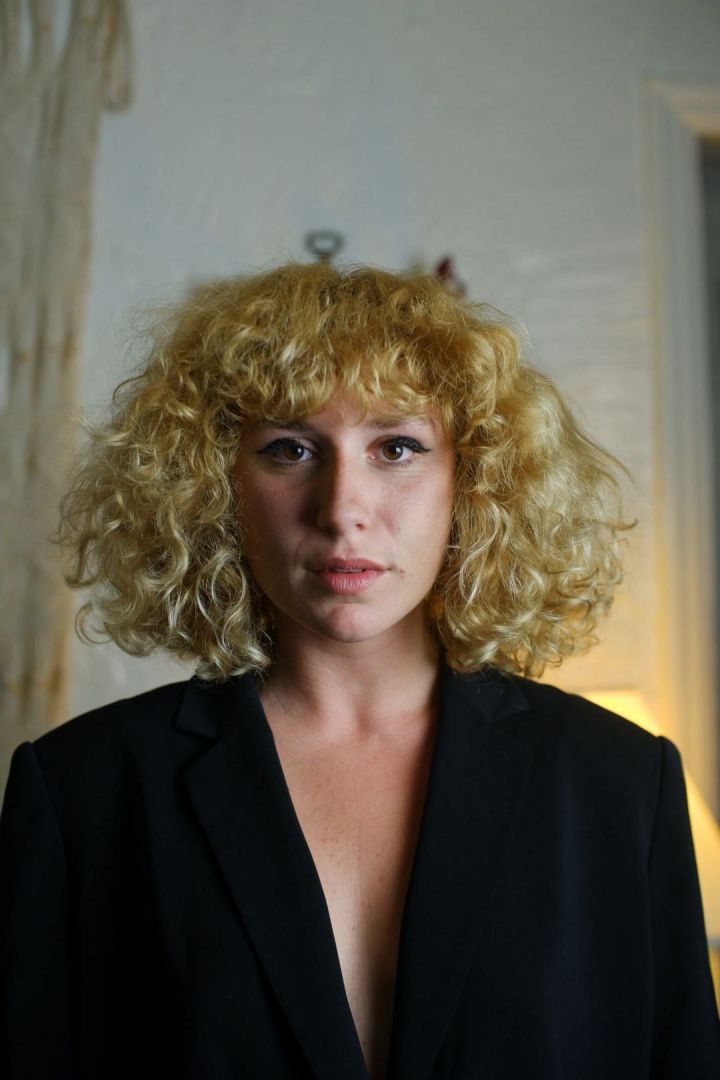 Let’s talk shop? Tell us more about your career, what can you share with our community?
The very first scary thing for me was to act in English, coming from Paris where I grew up till I was 18. Acting in English was something I had never done before. I remember going for my first day at the Stella Adler Acting Studio when it was on 27th street, and performing for the first time the last monologue from Caligula in English in front of a bunch of other students, just as an introduction of who I was, to show my acting etc

But it ended up not being such a big deal and when I moved to LA, acting in English wasn’t definitely a scary thing anymore. In LA I was scared of how I could start a life from scratch, but also, truly, how to make myself seen in the film industry.
I went through a lot in LA. A lot of weird things that almost made me move back to NYC, where I felt safe and knew people, but every time, in my heart, Los Angeles was still the place, I had to think further, look at the big picture, stop complaining.
And little by little I released the pressure I was putting on myself. I understood it was through experiences that I could be a better person but also a better actress. So I started just being here for whatever events would come up. Try and say Yes most times to experience whatever and take my time with everything, BUILD RELATIONSHIPS, the most important.

Things, opportunities, came to me by themselves because I knew what I wanted and I was manifesting them into my life and there was this one time when my mom forced me to go perform in front of a few head agents and managers from different agencies that represented actors. I was not represented at the time and I got super nervous, but I felt also like meh whatever. I would have never guessed that this day would get me to my manager that I love so much and still, he was a scary part of my life here. I would get nervous talking to my rep on the phone, I still don’t know why.
Now my manager is a co-writer on my project which is exciting!

My show is what I am so proud of right now, my baby, my creation. I’ve been developing it with an amazing crew since last October and it is about to be bomb!
It reflects a lot of my life, what I’ve been through since I moved here and all the characters are pretty incredible, based on real people and real events. I’m super excited!

I don’t even know if I’m answering the question well enough, I get excited talking about myself Haha!
As an artist starting from scratch, I went through many challenges, but it never hurt me to the point that I would give up.
I’ve always and will always look at what my goal is, before complaining about the little traps along the way. This is a recurring story but just so true.

Let’s say your best friend was visiting the area and you wanted to show them the best time ever. Where would you take them? Give us a little itinerary – say it was a week long trip, where would you eat, drink, visit, hang out, etc.
Hmm… Definitely, now that things are opening up again, for a dancing night/bar Good Times at Davey Waynes is my go-to. I also can’t wait for TENANTS to open up. But food wise, PACE, my favorite restaurant in Hollywood maybe because of their natural wine selection but also the fact that they are kind of secluded in Laurel Canyon, it makes it so much more dreamy.
More places to eat I’d say Spartina of course, with their beautiful patio and hot servers. Cafe Stella is absolutely one of my favorites, in Silverlake, their onion soup is simply the best and I can eat as much bread and butter on the side as I want/ need.
I would take my best friend to all the flea markets because that’s one of the best things in LA, Los Feliz, Silverlake, Highland Park fleas, Melrose, Long Beach etc
The places I escape to and would show my friend, are Topanga, the canyon is like entering a different world and dimension, I am still unsure of what happens to me whenever I’m in Topanga at times and nights but I know it’s always a real delight.
Malibu is divine as well, La Piedra Beach, County Line beach to meet all the surfers and eat at Neptune’s Net and let life bring you to new adventures and encounters. 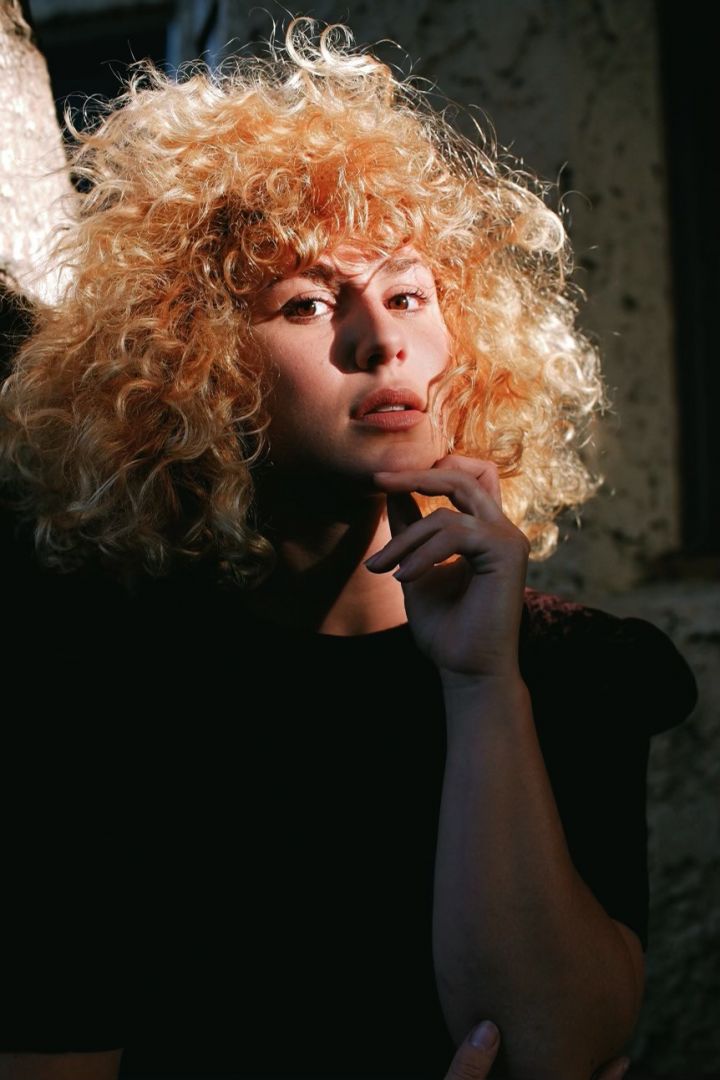 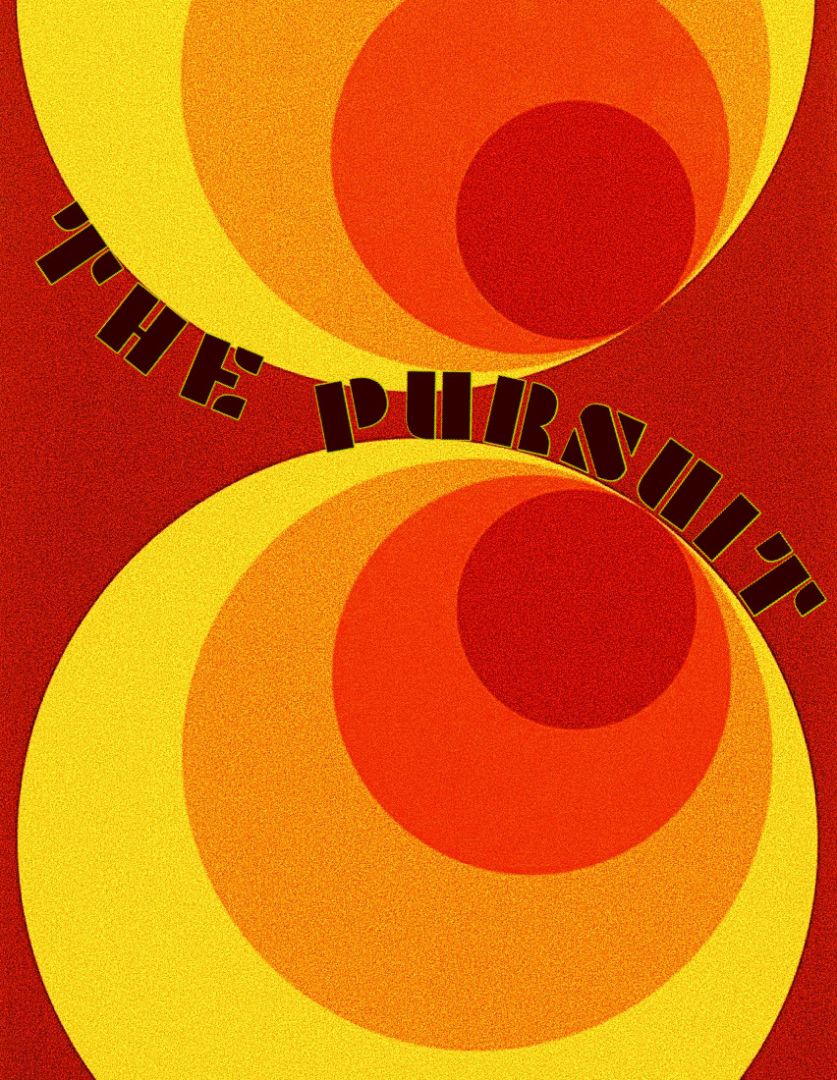 The Shoutout series is all about recognizing that our success and where we are in life is at least somewhat thanks to the efforts, support, mentorship, love and encouragement of others. So is there someone that you want to dedicate your shoutout to?
I’m shouting out to all the people around me, supporting me at all times. First my mom is my biggest inspiration because, she, as well, took so many risks for her own career as a Jazz Vocalist back in the 80s in Paris. I think it’s now in my genes to keep thriving for success because she did it first. My middle school literature teacher was a big influence in my life, he pushed me to jump right in taking the artistic path.
But also I have the best friends I could ever ask for. Everyone touches my soul in the right way around me.
I love attracting the right people to me, just as if I’m a scout or something, I feel like I have a good instinct in choosing the people that I will love and will love me and inspire me forever.

I am producing my first own TV show right now, and need to shoutout to all the great music artists based in the 60s, 70s that inspired me, Grace Slick, the Doors, Funkadelic, Fleetwood Mac etc. They gave me the imagination to co-write this show.
And all the incredible directors in this world that gave us so much ingenuity. All this makes me feel alive, pushes me to go further, makes me dream and gives me new ideas. I wouldn’t be able to create without transporting myself to another era, to another dimension.

Image Credits
Ceren Noir. Design for THE PURSUIT, my future TV show, by me, Naomi Petit.