We had the good fortune of connecting with Nick Rosen and we’ve shared our conversation below.

Hi Nick, can you share a quote or affirmation with us?
My general life affirmation is to turn poison into medicine, to remind myself daily that winter always turns into spring and that all my struggles and obstacles are a sign of greatness to come. I try to remind myself daily that the impossible can be possible and that I need to not only have more appreciation for my current life but also don’t let current circumstances dictate how large I can dream. I like to do 5-10 year planning exercises where I pretend I already have achieved the end goal and then I work backwards from there creating yearly, monthly, daily tasks for myself. I then can see that everything that I could ever want is fully attainable. 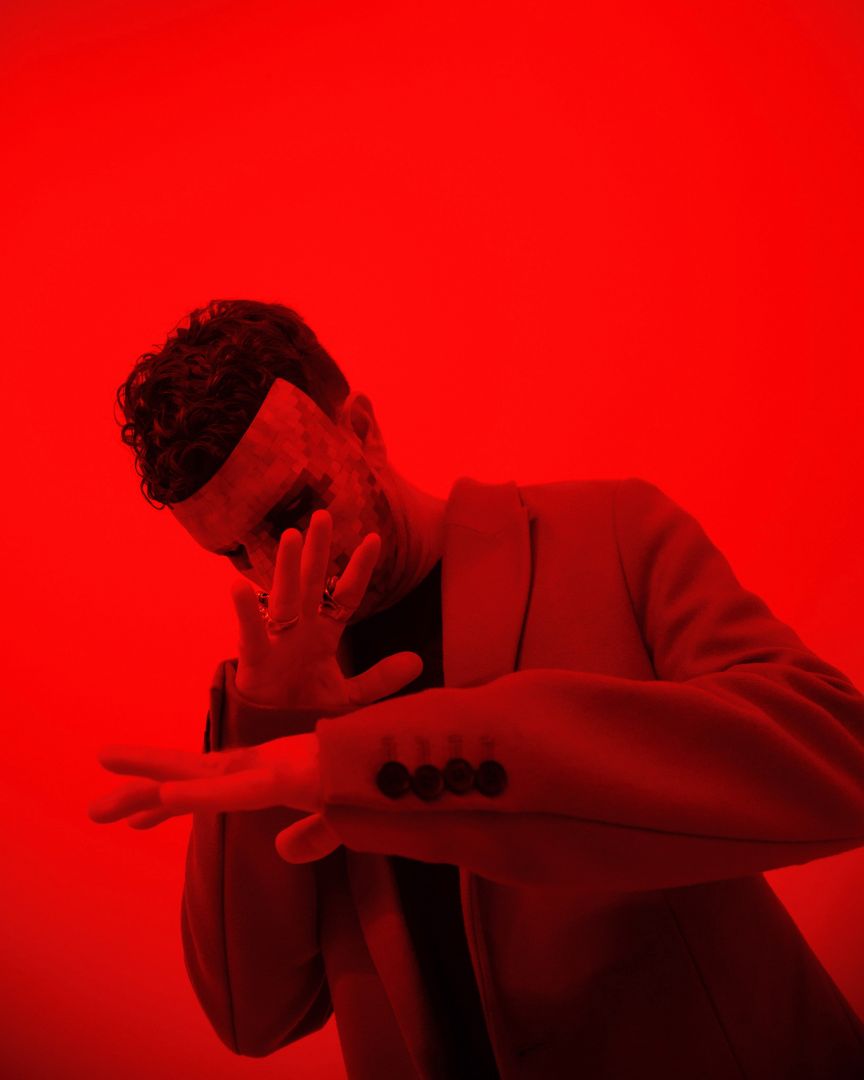 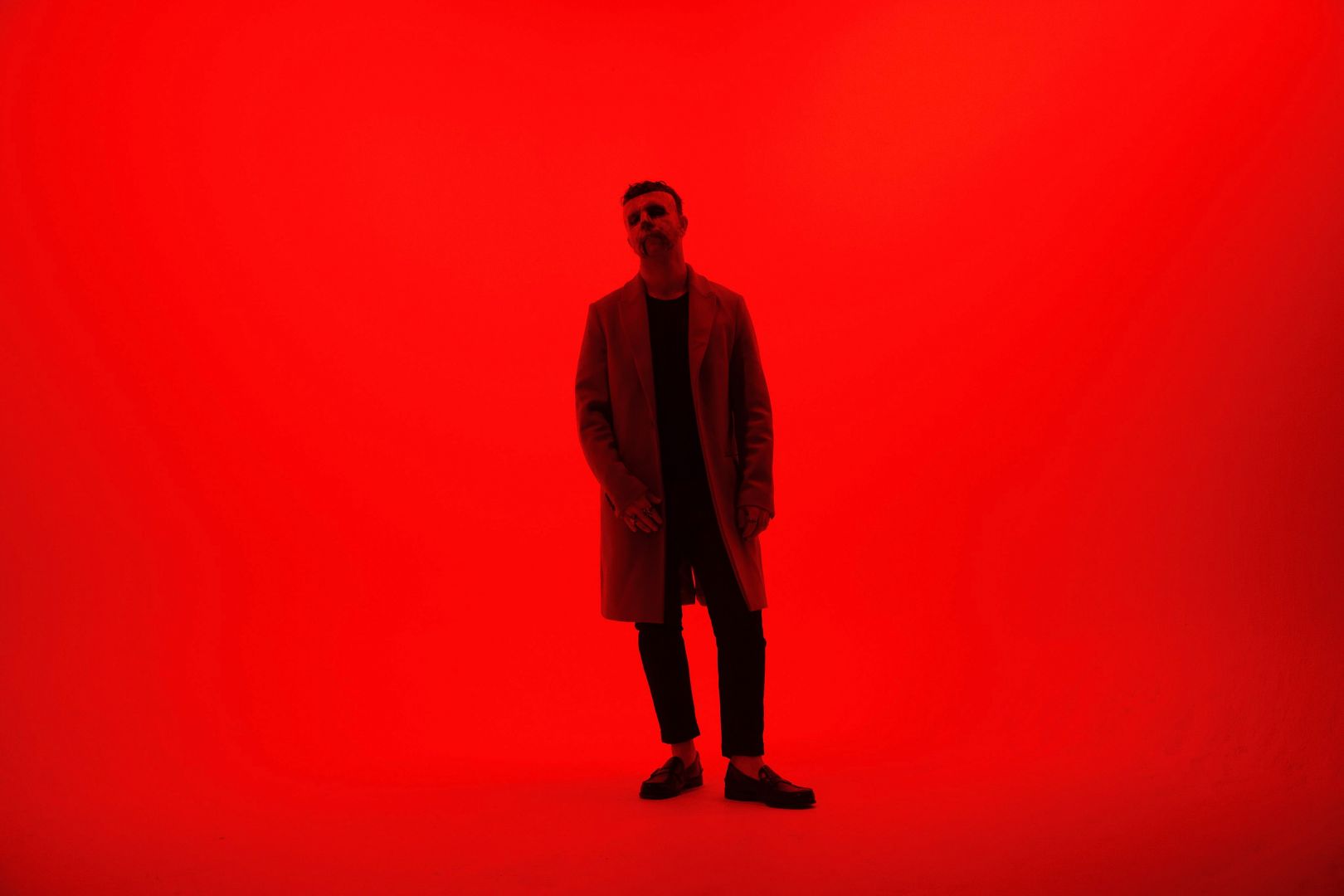 Let’s talk shop? Tell us more about your career, what can you share with our community?
When I was 16 I joined a band / group called the Pan Afrikan Peoples Arkestra, I was the 2nd white person in the groups 40 year history to officially join the band. I spent most of my free time going to South Central, Inglewood or Leimert Park to play/hang/study with the LA jazz legends that I idolized. This all helped build my character as a person and as musician and this is where I really learned how to dive into any musical situation and play my heart out with confidence. In 2002 I helped find jazz legend Henry Grimes who had been living on skid row for close to 30 years. I got my high school to pay Henry to teach me and he started coming with me to school sometimes and would stay at my moms house occasionally as well. This got me the attention of many jazz greats around the country and instead of going to my senior prom I went New York with Henry to play with him in William Parkers Big Band as part of the 2003 vision festival, this was also Henry’s first gig back in NY in decades after he had walked off the jazz scene in the late 60s. Because of my connection with Henry I also got to learn and play with some amazing people like Nels Cline (wilco) and jazz legend Bennie Maupin. This all gave my the drive and creative spirit that I feel like is the reason for all my success now, and really helped me grow as a musician in ways that cant be learned in any school. After that I went to CALArts for college, spending every weekend still playing with the Arkestra. When I first got out of college I made my living playing bass on TV / Movie scores and started to learn about being a studio musician in LA. Then a chance encounter with filmmaker Michel Gondry at a party led me to start jamming with him and people like Jon Brion a lot. Also around this time my friend Stewart Cole had joined Edward Sharpe and the magnetic zeros and was taking off on a world tour and needed someone to lead a band for him weekly at the LA hot spot Bardot. Stewart and the owner of the club had heard about me and Michel jamming so they asked me if I would be into taking over the weekly night while Stewart was on tour. I said yes and got Michel and some other guys together to do the first night that I would be leading the band. The word had gotten out that Michel would be playing the night so every big wig and A-lister showed up that night. Unfortunately one song in and Michel’s kick drum pedal breaks and he gets up leaves the club. I was left with no drummer and 300 people staring at me. I made the best of it and the club owner Jason Scoppa loved how I handled it so much he asked me to do music for the club’s 1 year anniversary party in a couple weeks. That one party turned into a different weekly night that became the thing to do in LA, I backed up everyone from Bruno Mars to Macy Gray to Florence and the Machine. Jason then got the opportunity to open Sayers club in LA in 2011 and he asked me to be the musical director for the club, a job which I held until March 2020 when lockdown began in LA. Being the MD of Sayers club opened up so many doors for me with labels/managers and artists/creatives. I devoted most of my adult life so far to making sure the music at Sayers was amazing and the musicians were treated better than anywhere else. There were many times I didn’t pay myself to make sure musicians got paid and had to deal with everyone thinking I was some LA douche bag. Working at the club took a lot away from me but it also gave me so much and I am so grateful today to have all the opportunities that I have because of my time there. These days the music I make is all over the place but I always keep the spirit and freedom of jazz alive in what I do and that combined with how many relations I have due to the club I think is what enables me to have a solid career now.

If you had a friend visiting you, what are some of the local spots you’d want to take them around to?
well if things werent locked down something like this: 1) to got eat at a few of my favorite LA spots: Crossroads, Little Pine and Elf. 2) walk around my area (Los Feliz) and get a coffee at Maru or Intelligentsia 3) go for some hikes: Griffith or Runyon 4) go see some music at places like the Blue Whale, the World Stage, or Black Rabbit Rose. 5) go grab a whiskey at one of my favorite bars like The Thirsty Crow, Bar Stella, or 4100 bar. 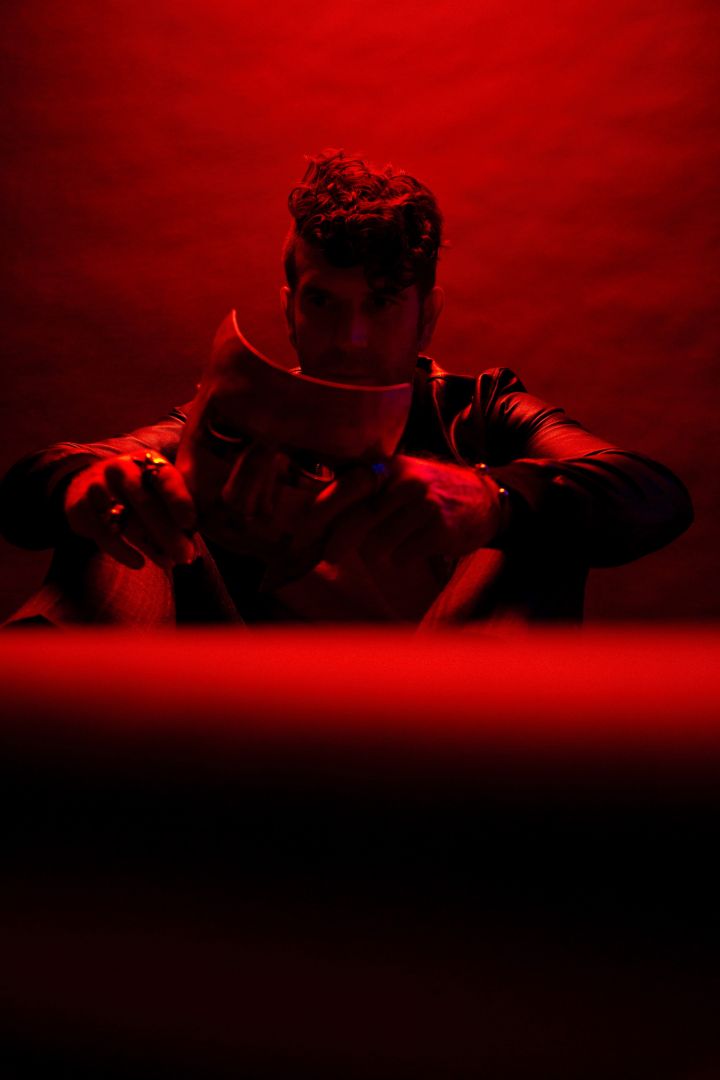 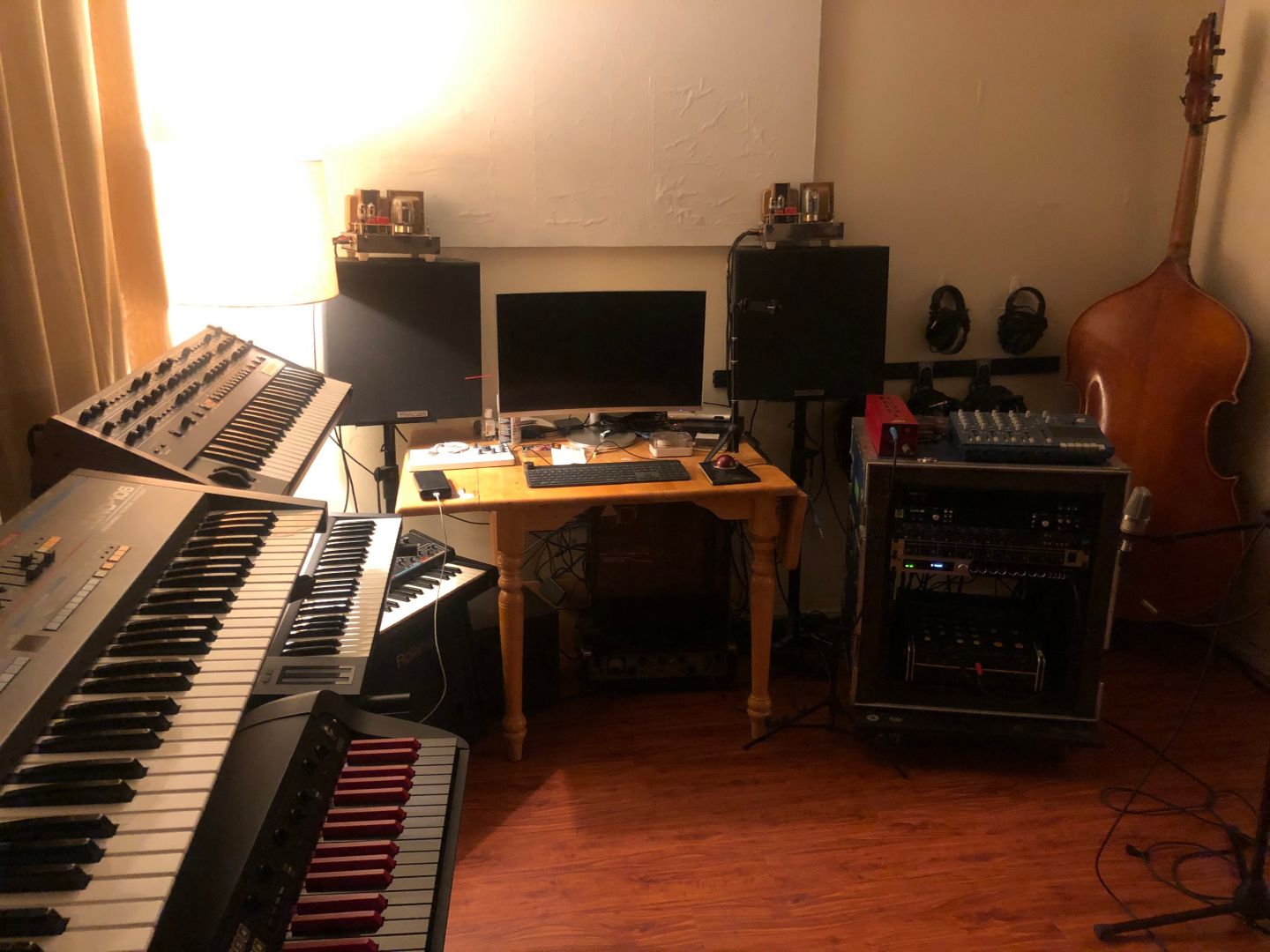 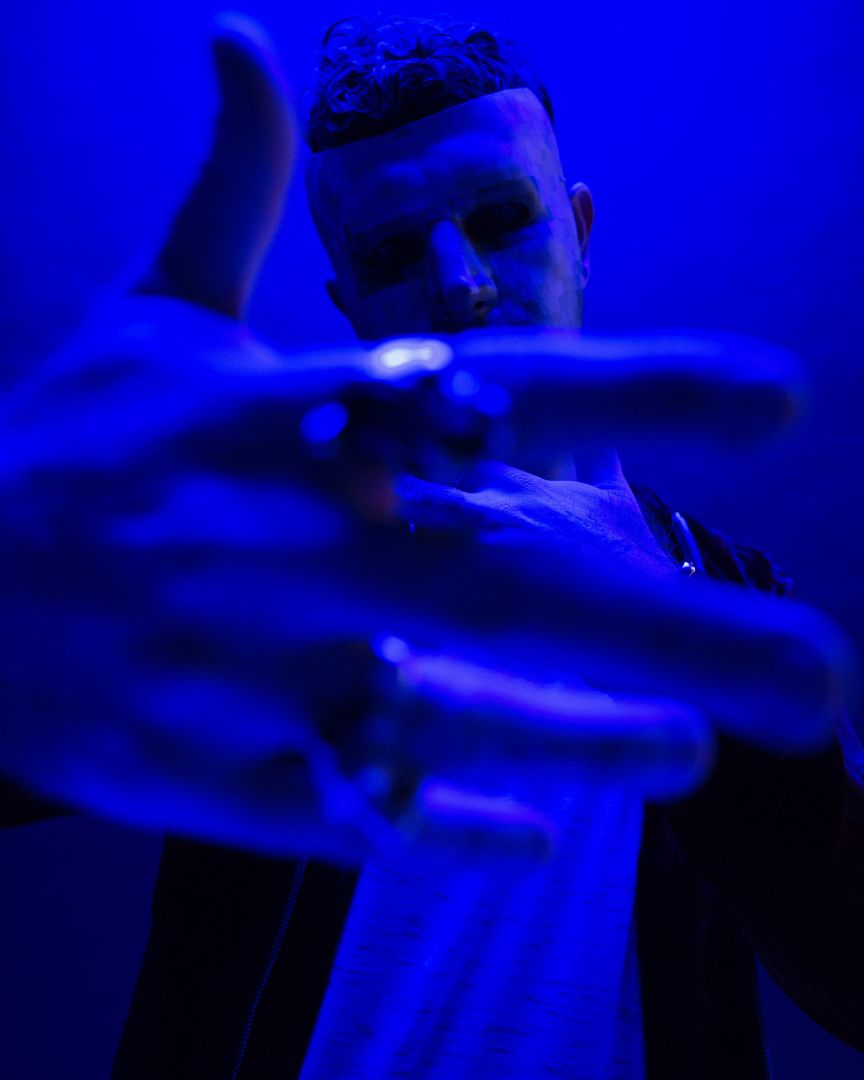