We had the good fortune of connecting with Nicole Burch and we’ve shared our conversation below.

Hi Nicole, why did you decide to pursue a creative path?
I have been writing since I was in the second grade. By age eight, I had a full diary, a few short stories and a three page script where Denzel Washington saved me from the bad guys. It was in my blood and I didn’t even know it. I thought it was a hobby, but never thought it would be something I got paid for.

Eventually, I ended up at Washburn University in Topeka, Kansas. I did not study writing or theater, but instead dove right into a dual major in Biology and Chemistry (pre-medicine), which I had zero business doing. It was like my entire life I was bad at science and math and great at everything right brain, but I dug my heels in because I thought I wanted to be a doctor. After graduation I became a real estate agent. And this I did well at. But after a few years, there was still something missing. That’s when I started taking acting class as an escape. I truly believed if I went to class every Wednesday, I would be able to survive the open houses the rest of the week. But eventually it caught up to me. Two things happened. One, the recession of 2008 and two, my acting coach Andy Garrison said it was time for me to choose between LA and NYC, or risk spending the rest of my life in Kansas City. Within six months I moved to Los Angeles.

As soon as I landed in LA, I knew I was home. Not that I didn’t love Kansas City. But here I knew I would be able to create and I also wouldn’t have any of the traditional things to fall back on, including my family. 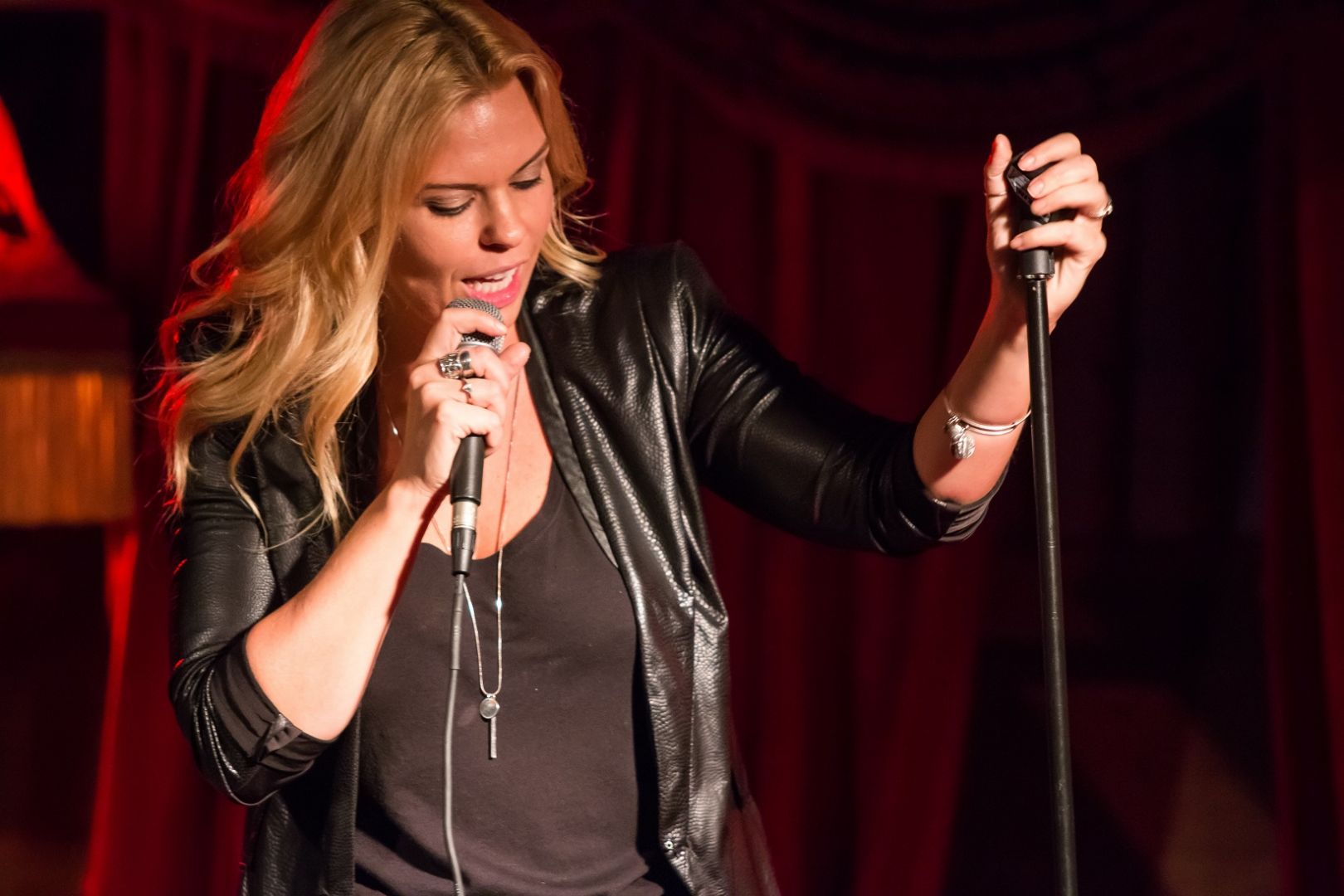 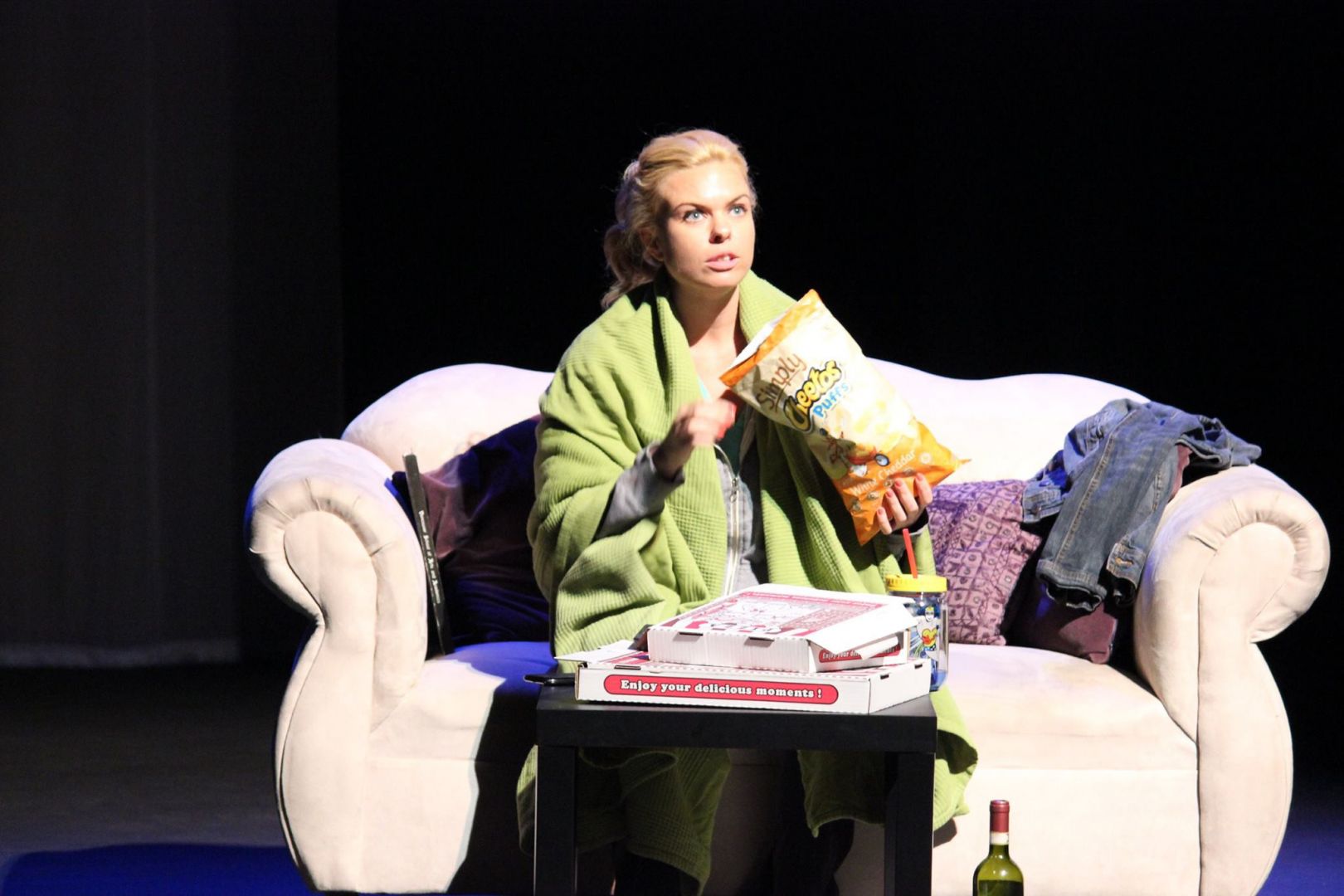 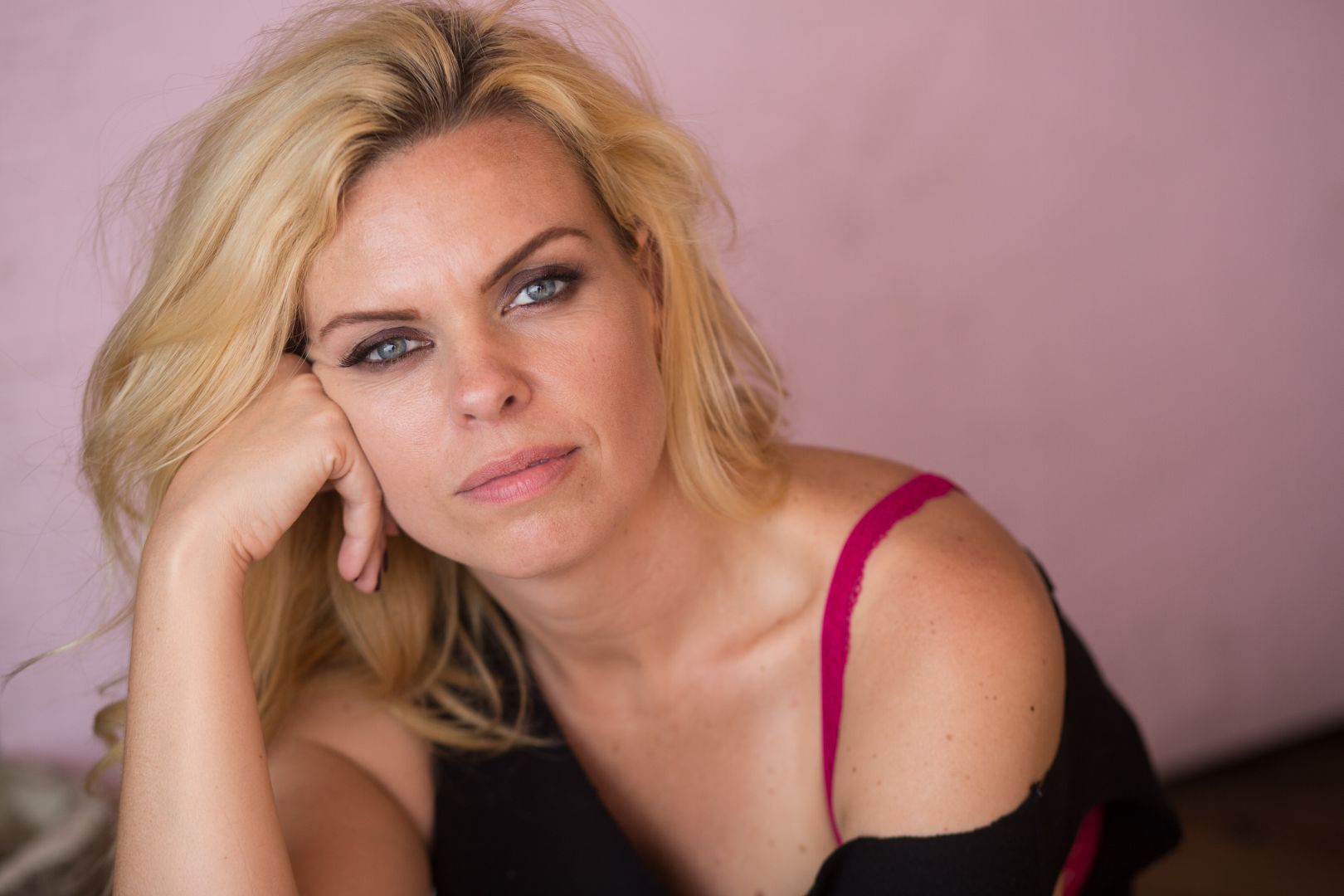 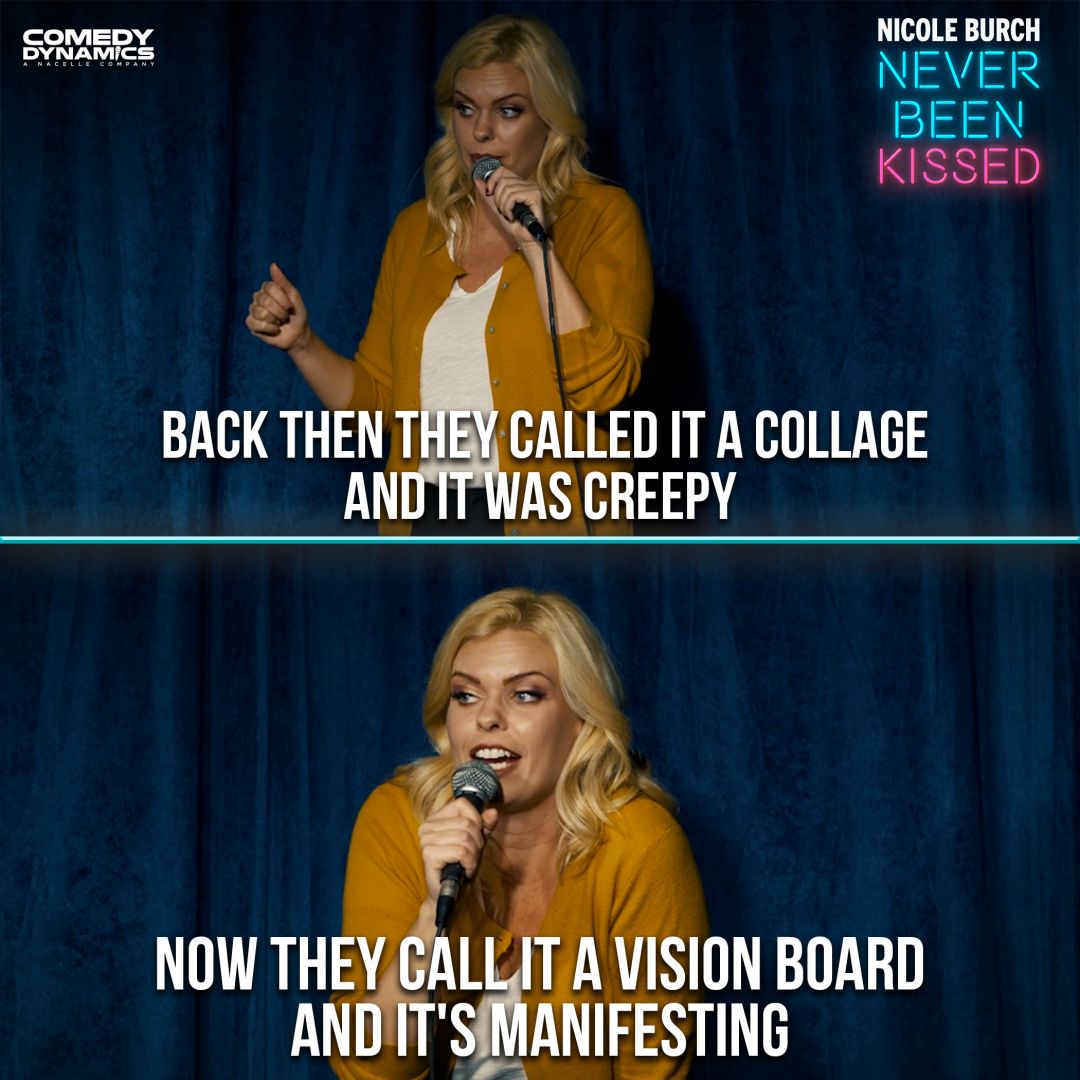 Let’s talk shop? Tell us more about your career, what can you share with our community?
I am a writer first, performer second. And both of those include various tangents. I’ve written plays, pilots, features, editorials, shorts, sketches/late night, animation and even a Hallmark Christmas movie. I’ve also been in feature films, television, commercials, sketches and my first stand up comedy special premiered last September on AppleTv called “Never Been Kissed”.

I believe what sets me apart is that I can write, act, produce and direct. I can do them individually or simultaneously and I will always give it 100%. I used to think it didn’t matter what was on your resume, as long as you were creating something important to you. But after 11 years in LA, I think that’s naive. I am nowhere near having the credits or accolades I want, and I take full responsibility for that. But I am proud of what I have accomplished and that a great portion of what I put out there is well received. Not everything can be a hit, but if you’re booking or selling scripts, at any level, you must be doing something right.

I’m most proud of a play I wrote called, “The 7 Guys You Date Before You Get Married”, that ran at The Groundlings Theatre for 15 months. I wrote it after I had hit rock bottom. I wrote it in 2 weeks and thought it would only run for one show. One of the great challenges I faced was also my greatest teacher, and that was The Sunday Company at The Groundlings. I worked so hard to get in, and I showed such promise, but within a month of me being in the company, I wanted out. The director despised me without cause. Being in that environment for 6 months took a toll. I remember telling a friend in the main company to vote me out. But to be honest, I wasn’t putting up anything good enough to stay in anyway. The same week I was dropped from the company, my Grandmother was diagnosed with terminal cancer, my boyfriend dumped me, my dog was sick and I had a health scare. This was a point in my life I couldn’t have written if you asked me to. But from that, and a lot of crying, I started writing the way I wanted to, without someone over my shoulder, for the first time in almost a year. That play got me a literary manager and meetings with CAA and ICM. This was when I felt my career was starting to launch.

I will forever be grateful to The Groundlings, as some of my best friendships were forged there. I studied there for six years and won’t let the ending take away the beauty of the beginning and middle. The Groundlings also taught me endurance, discipline, structure and character work. Everything I use in anything I write today. But mostly I learned to write in MY voice, and to never let anyone tell me what to write, especially if they aren’t paying me. Obviously if you’re writing for a tv show, you have to write to their specifications, but I’m talking about original pieces.

As far as my brand and my story, just like a coming of age feature, they’re always evolving. The girl who wrote “The 7 Guys You Date” doesn’t even exist in the present tense. She has transformed and grown and then broken apart to do it all over again. She has had a couple identity crises since then, and many stories to tell. Now, I would say I am open, confident and give way less f*&%ks about what people think. I believe that’s the only way a writer can truly tell an authentic story.

Let’s say your best friend was visiting the area and you wanted to show them the best time ever. Where would you take them? Give us a little itinerary – say it was a week long trip, where would you eat, drink, visit, hang out, etc.
Man, this is all going to feel so cliche, but here it goes.

Food & Drink: Dan Tanas, The Abbey, Gjelina’s (Abbot Kinney) and The Bungalow (Santa Monica) and Aroma Cafe in Studio City for the best Chai Latte you’ll ever have.

The Arts: The Groundlings Theatre, Pantages, The Geffen, The Getty or LACMA 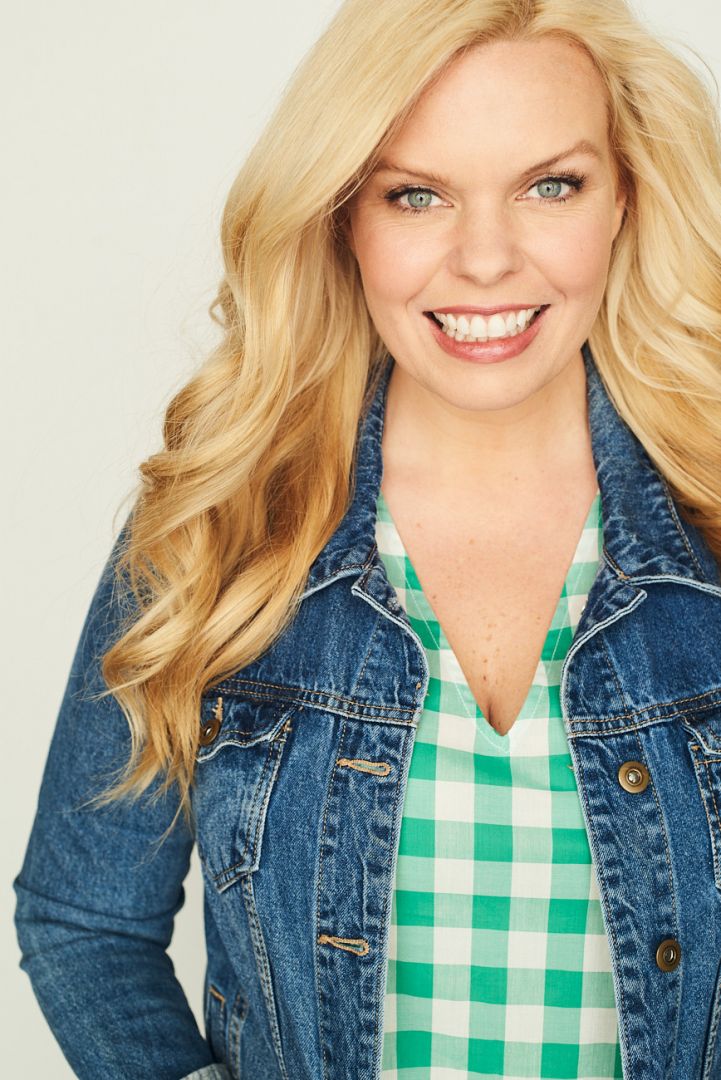 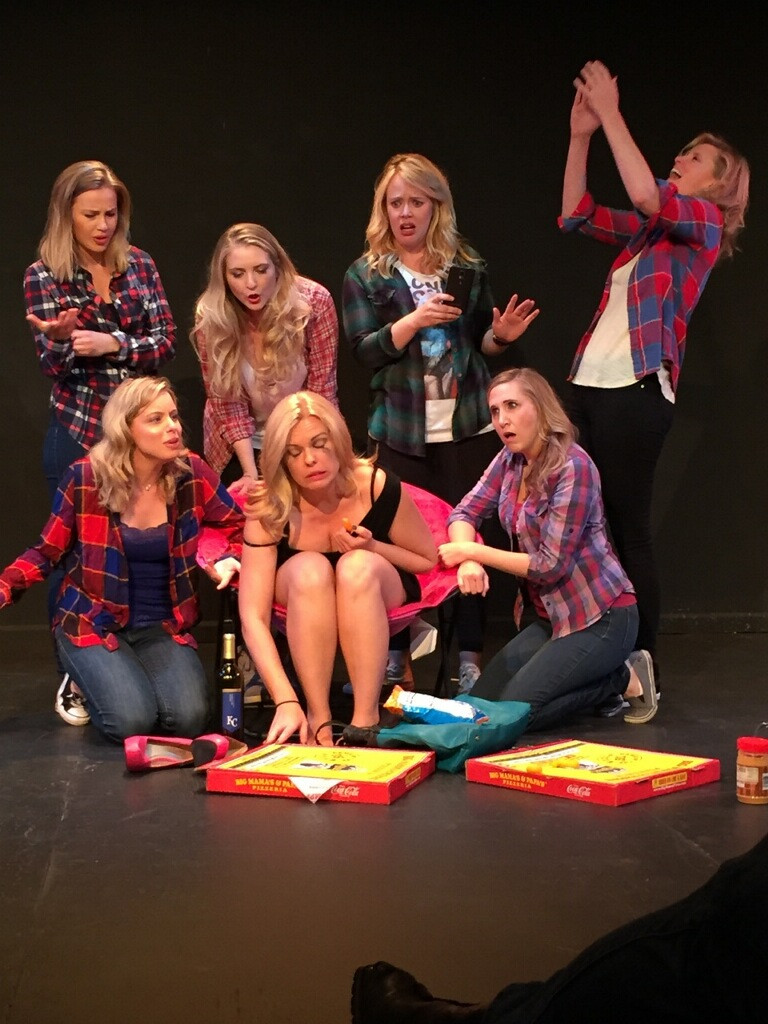 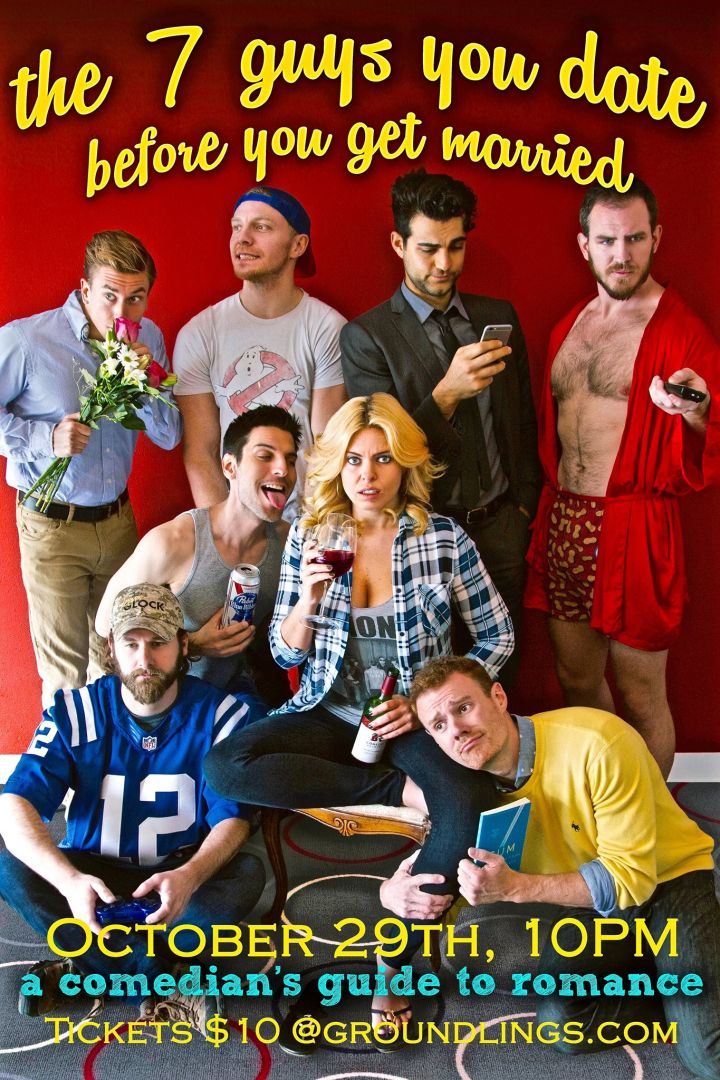 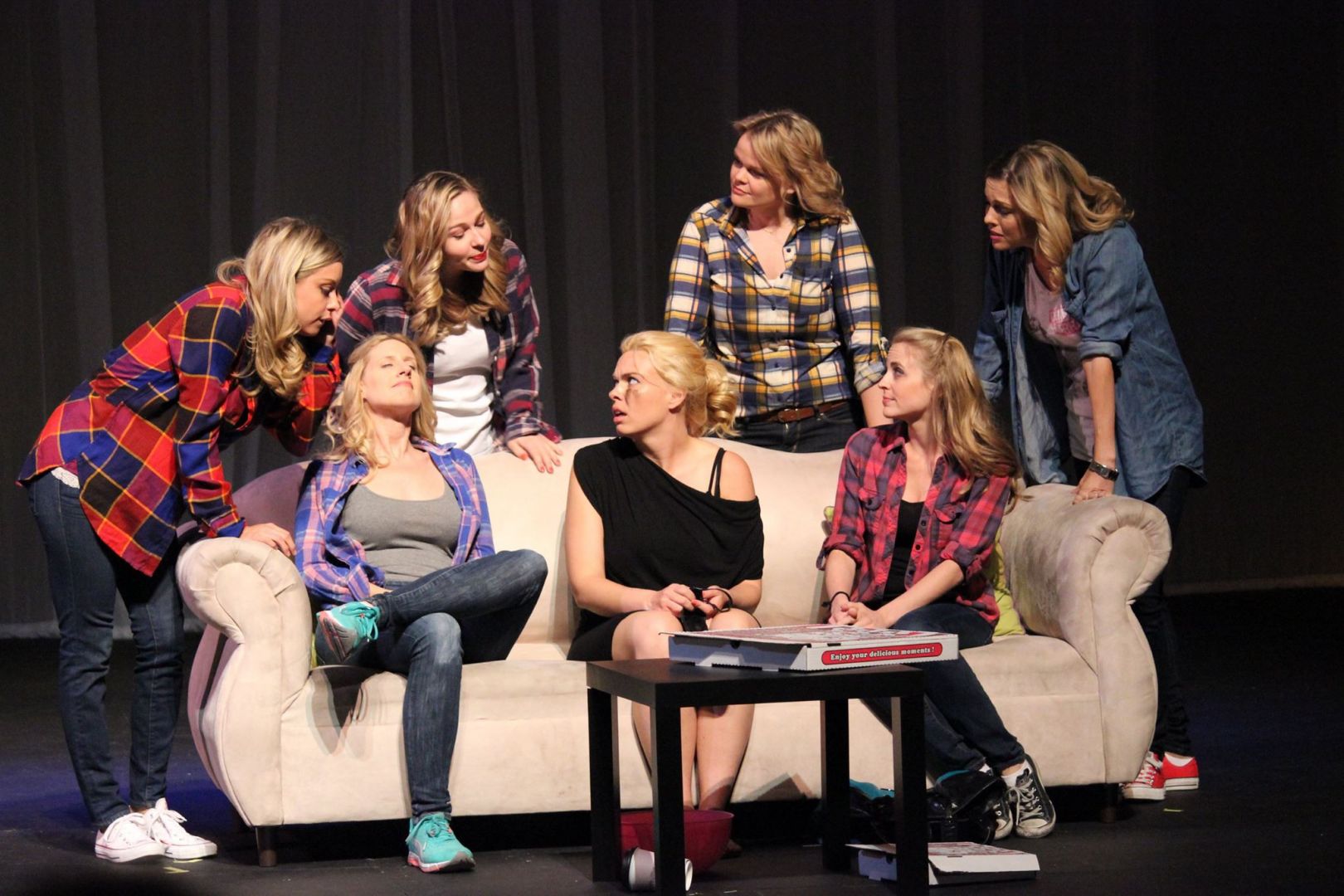 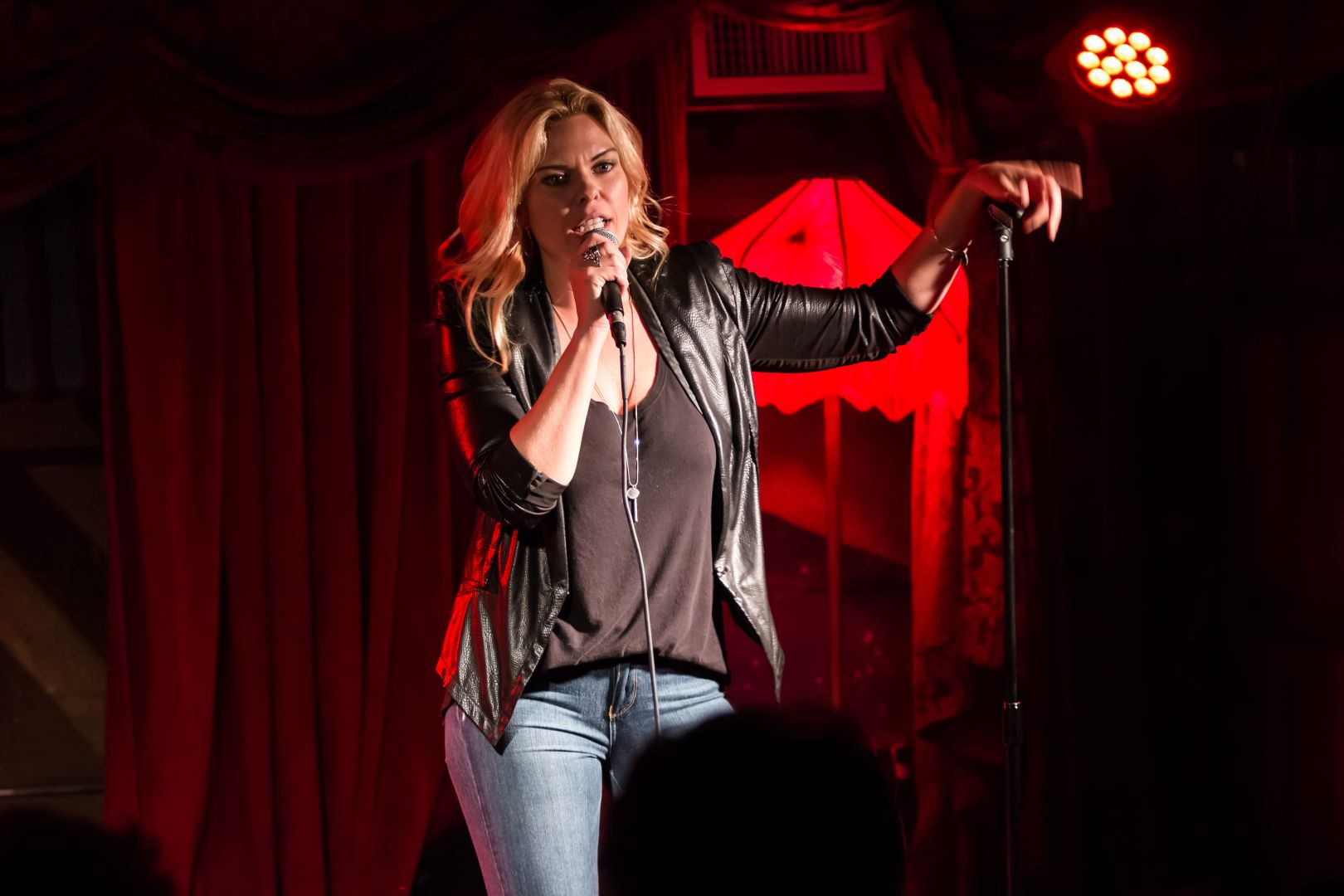 Who else deserves some credit and recognition?
Besides family and friends, there are three people that stand out as “spiritual guides” on my pathway to Los Angeles.

One, Dr. Wareham from Bishop Miege High School. She opened my mind to some of the greatest literary experiences of my life and pushed my writing to a place of vulnerability and rawness. And she helped me believe I was more than my circumstances.

Two, Andy Garrison, my first acting coach. One day he said, “you’re ready. Now all you have to do is decide. New York or LA?” And just like that, I went home, called my landlord and gave him my notice.

Three, The Groundlings Theatre. Being in Writer’s Lab got me back into writing. And being in The Sunday Company allowed me to realize I could harness both writing with performing without completely compromising one or the other. Sunday Company pushed me in ways many people don’t get to experience. To write 40 hours week, perform a brand new show every Sunday and to do it for free was like trial by fire in all the best ways.