We had the good fortune of connecting with Nicole Holmes and we’ve shared our conversation below.

Hi Nicole, we’d love to hear about how you approach risk and risk-taking
Taking risks is one of those things that walks a fine line between success and failure. You commit to taking a risk once you let go of the idea of failure, knowing full well that you may slip and fall. We are afraid of falling and with good reason, falling hurts. It’s when we begin to remain complacent in a world of comfortability that risk is essential for growth. I consider myself someone who is uncomfortable unless I’m continuously trying to better myself and with that comes great risk or what I like to call “a leap of faith”. The idea of leaping and not knowing where you will land is scary, but also exciting. Seven years ago, I took that leap and made the move out to Los Angeles to pursue a career in film and television. I got in my tiny Kia Rio and drove cross country from Rhode Island for a dream. If that’s not a risk, I’m not sure what is. I spent four of those years earning my BFA in producing for film and tv from Columbia College Hollywood where I would graduate student body president. Everyone likes to jump to a success story but the truth is there is so much falling and getting back up along the way. I can’t tell you the amount of odd end jobs I’ve worked, tears I’ve cried and countless hours of sleep I lacked, but I can tell you that the risk was worth it. Since my so-called “leap of faith” I have written, directed and produced a short film called Chunky Tuna, a semi-biographical coming of age comedy which placed as a finalist in the Audience Awards She Directed Contest as well as a finalist in the Los Angeles Olympus Film Festival. The film was featured in the Providence Journal and on WEMF Radio. Chunky Tuna has been rated a “Top Film” on The Digital Ticket and landed streaming distribution on IndieFlix. I now work professionally as a freelance production coordinator, actress and plus size model. I have worked with production companies such as Autonomy Productions, Big Fish Entertainment and Formula Features helping to create content for networks and shows such as HBO’s WestWorld, A&E’s America’s Top Dog, Lifetime’s Who Stole My Daughter and He’s Out To Get You and Walt Disney Television and CBS’s season two of Holey Moley. I am now signed to Peak Models and Talent having performed on multiple stages and film sets, running the gamut from theater, short film, commercial, feature film and television. I landed my second television show on Oxygen Channel’s Killer Siblings and a small role in my first feature film called Arranged Marriage. As a Plus size model, I have worked commercial, print and fit for brands such as Dia&Co., ThirdLove, Vibe Apparel and JustFab. Recently I wrote a short film for the Glass House Visuals team called “A Bad Thing” which is currently in post production. I am writing a book about my own awkward and embarrassing coming of age journey called “#FML A Coming of Age Survival Guide”. I am also acting, writing and producing comedic content with sketch comedy group Second String Comedy. I am proud to announce I have auditioned and been accepted into The Groundlings school and will be continuing my studies with them in 2021. I know risk is scary but no risk is even scarier. My journey has just begun and there are many more risks to be had, but I’m always ready to take that next leap because you never know where you might land. 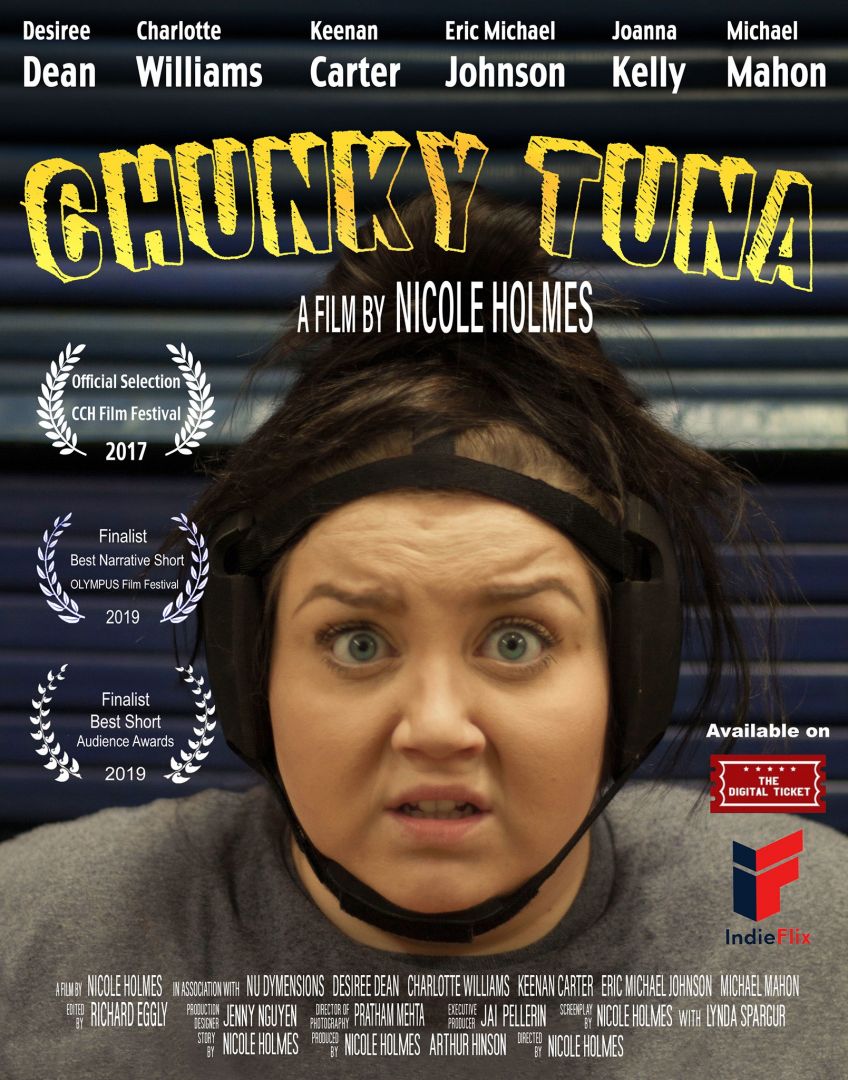 Can you open up a bit about your work and career? We’re big fans and we’d love for our community to learn more about your work.
The art of storytelling and performance is a very personal and unique journey for me. I always wanted to share my own life experiences in hopes that it would help motivate and inspire others. In middle school I joined the all men’s wrestling team. I was the only woman to complete a full season. Little did I know, I would later make a film about my journey in college called “Chunky Tuna”. Trying to make a 25 minute short film with a 5K budget was an extremely daunting and challenging process. With the help of some amazingly creative individuals we got it done and I am so proud of it. It was a story in my life’s journey that I didn’t realize needed telling. I have since learnt that the best stories come from real life experiences and it is my goal to not only tell my own stories but to help others uplift their voices as well. The cool thing about this industry is that there is no one correct linear way to get into it. Everyone has their own unique personalized story as to how they got their “foot in the door” and that’s what makes it difficult to break into this business. It’s also what makes it so rewarding. I never realized that joining a middle school wrestling team would translate into my art later in life. That just goes to show you that it is important to pursue your dreams, but it is just as important to make sure you live your life. So I will continue to live my life to its fullest, create memories and share those stories with all of you in hopes that maybe a piece of my own story, will be a chapter in someone else’s survival guide. 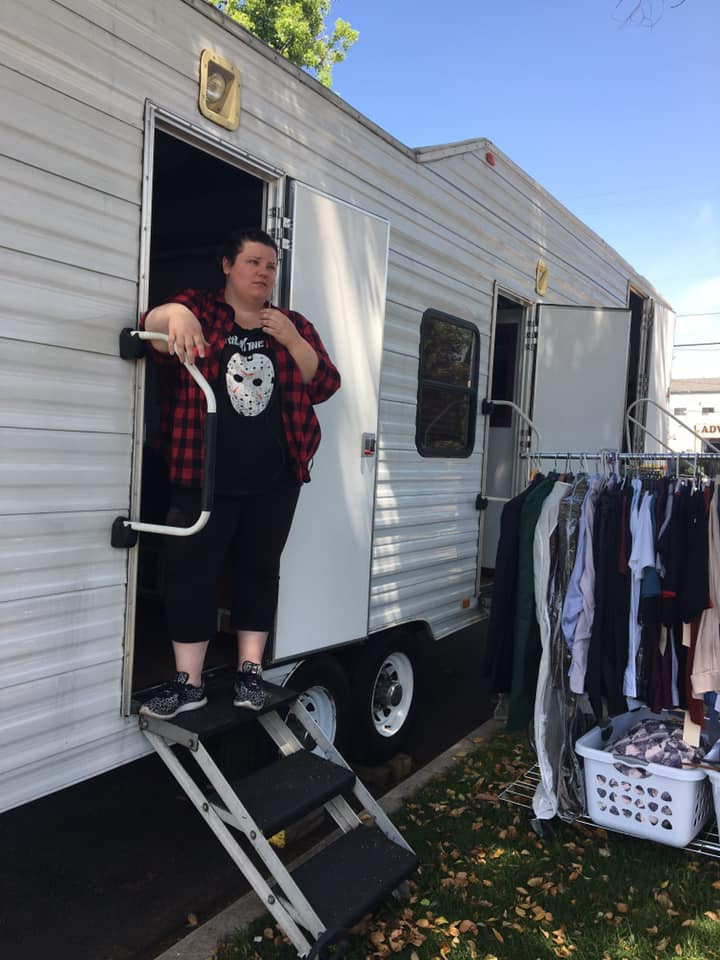 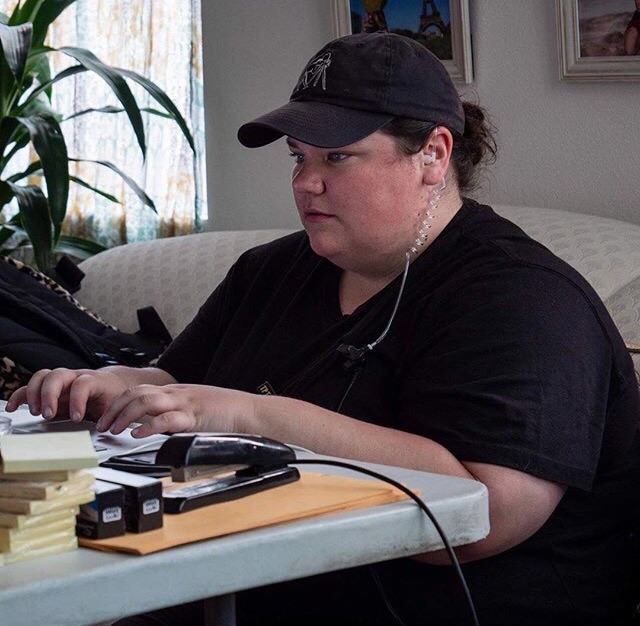 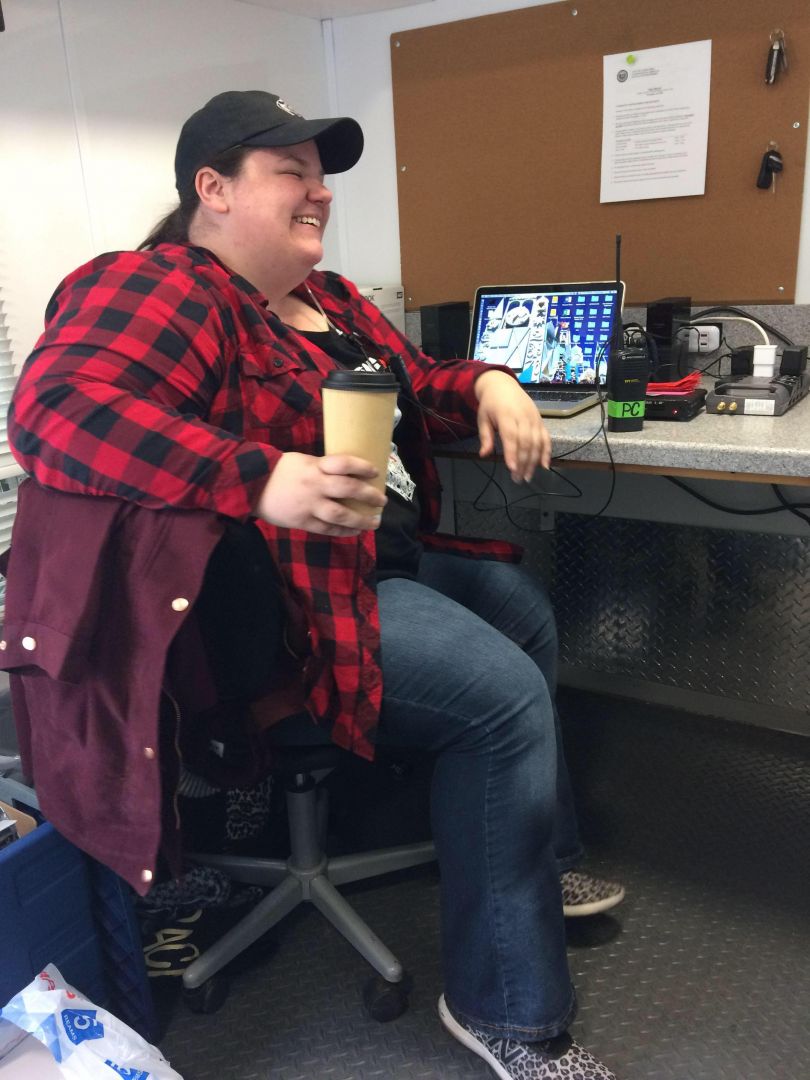 Let’s say your best friend was visiting the area and you wanted to show them the best time ever. Where would you take them? Give us a little itinerary – say it was a week long trip, where would you eat, drink, visit, hang out, etc.
Los Angeles is a hub of activity filled with unique people, shops, restaurants and more. A few of my favorite spots include TOI on Sunset, a fantastic Thai food restaurant with a rock’n’roll atmosphere. The Bourgeois Pig, a bohemian late night coffee shop with a cool treehouse room in the back. The Topanga canyon overlook is a beautiful spot to have a picnic or go star gazing. You can see a good majority of the valley from up there. Another little unique spot to visit is the Chandelier Tree in Silver Lake, a tree covered in chandeliers that is truly magical. 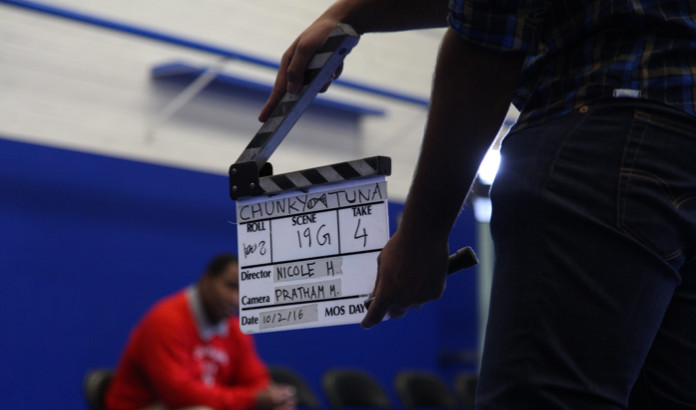 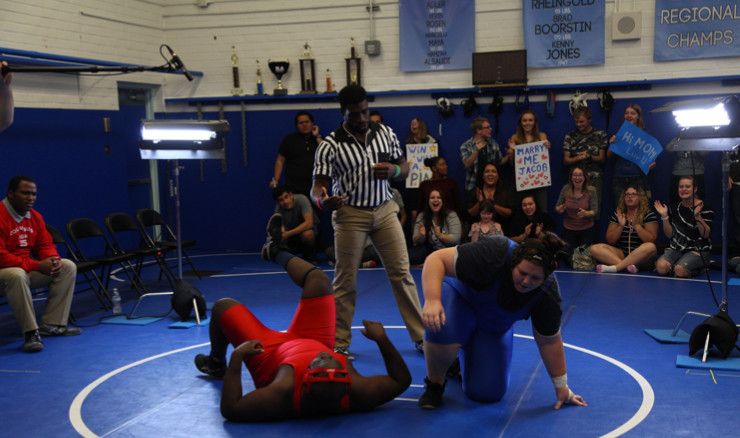 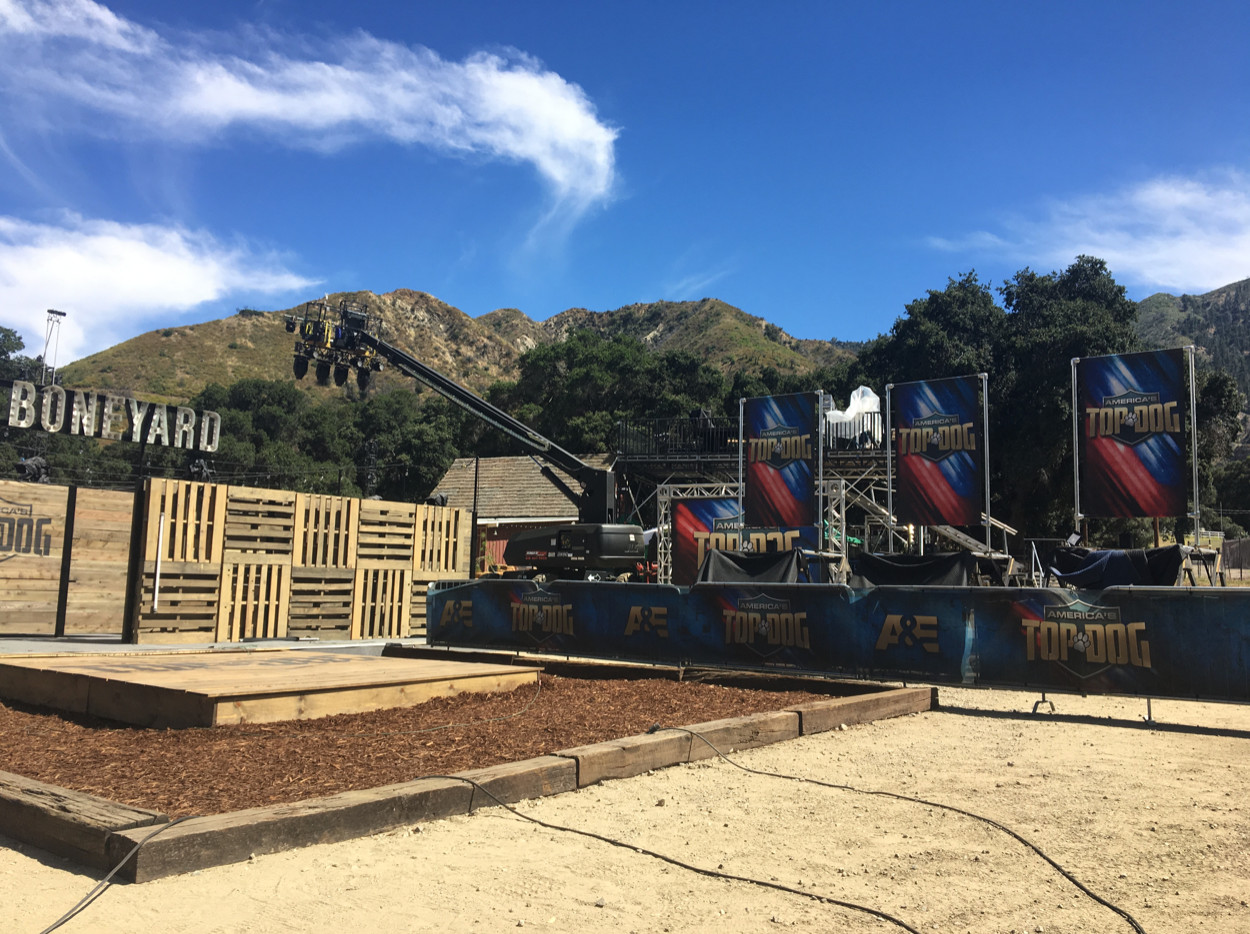 The Shoutout series is all about recognizing that our success and where we are in life is at least somewhat thanks to the efforts, support, mentorship, love and encouragement of others. So is there someone that you want to dedicate your shoutout to?
I’d Like to recognize a few individuals as they have been a big part of my journey. My mom Tina Facha, who has always been a pillar of support for me and my dreams. She is my number one fan and my best friend. My grandfather Joseph O’Donnell for driving me to every rehearsal when I was younger and even performing alongside me. Production Manager Atkin Korkis for giving me my first feature film opportunity as a production coordinator and taking me under his wing. My friend and fellow writer Lynda Spargur who always proof reads everything I write and keeps me in check. My dad Gary Holmes for helping me move cross country in my tiny Kia Rio to pursue a dream. 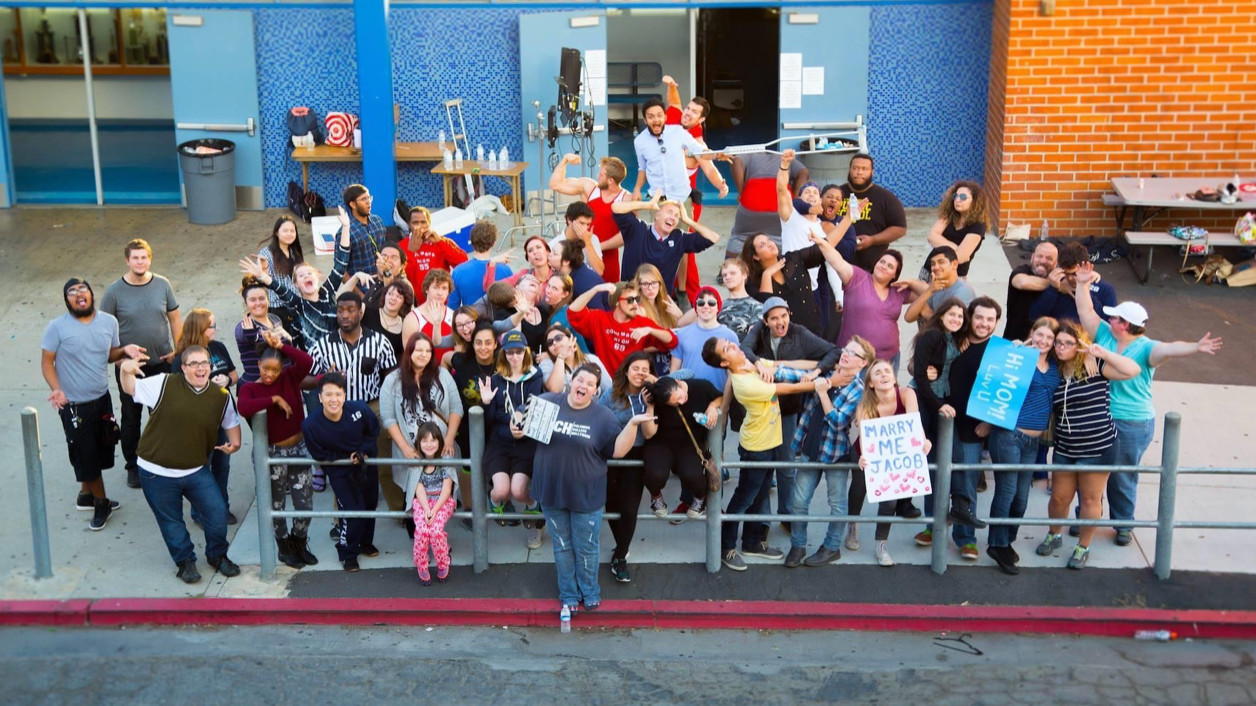 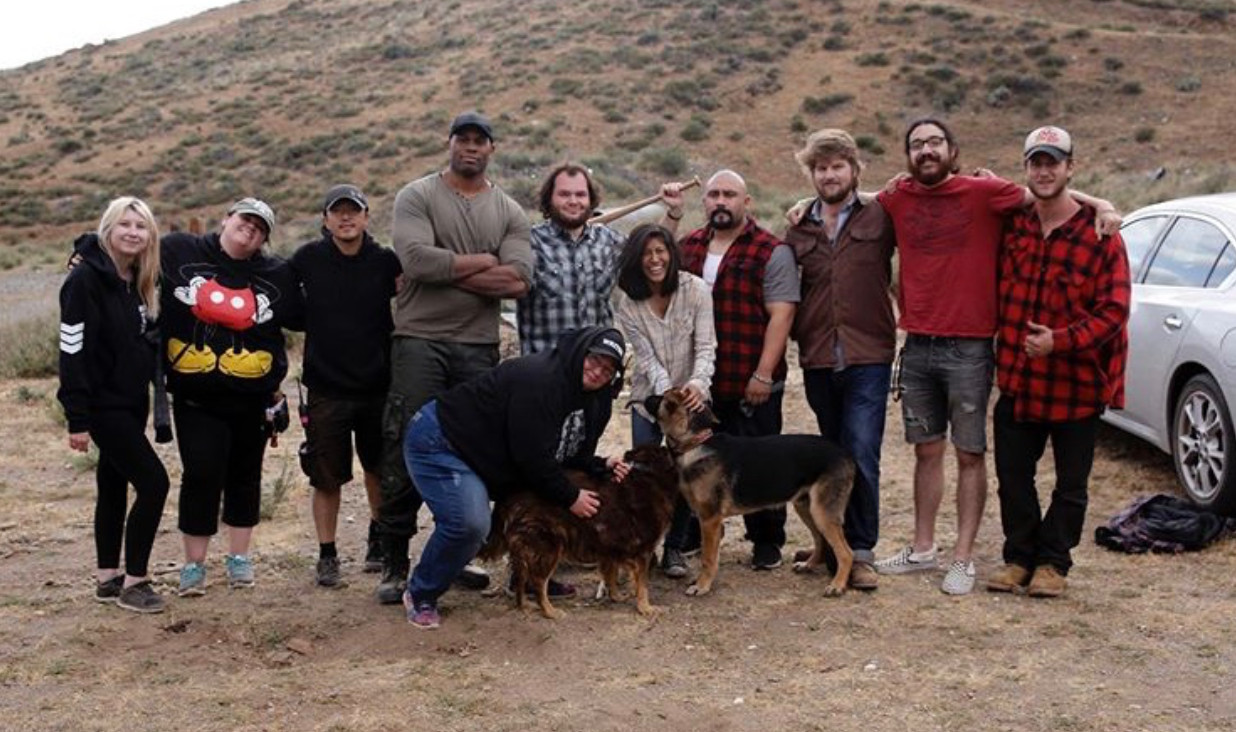