We had the good fortune of connecting with Nightxime Incognito and we’ve shared our conversation below.

Hi Nightxime, how do you think about risk?
I believe risk taking is the most envied and underestimated tool in the music industry. For someone to go out of their way and be who they truly are despite the worlds perspective is a super power and the biggest risk. The most notable musicians and creators were innovators who took a risk and realized that the biggest sacrifice enabled the most prominent reward. Nobody will fully understand you at first, and that’s the catch. It’s something i have allowed myself to get bye and accept because i realize what makes me different is the only thing that will help me survive, bring the most change and leave my mark on the universe most effectively. When i started my music journey i had to first learn the system, the ropes and the business. The talent came to me by nature but without insight you can’t thrive in the industry. But a lot of people get stuck in the system and never get back to their inner child because of the ostracizing society that will compare them. Little down they know, we all deep down are drawn to genuine people who step outside of a box . When someone sees a significant difference in a artists it is gravitating. But it’s not easy to be yourself in a not-so understanding world. Wether it’s the way they dress, the way they embrace their background or simply the knowledge they share everyone has the option to stay true to themselves but it’s the road less traveled. The biggest risk i ever took was being delusional to the industry after i understood it. Delusion is the biggest risk with the biggest reward and i urge every creative to take the most weird things about themselves and embrace them as the forefront of their brand/image. From a early age i realized i wasn’t different i was just “me”. No better than anyone else, because i came to a conclusion that everyone is innately different i wasn’t just the only one. I was just one of the people who was fearless about myself so it showed more. The system hates realness. But everything that lasts revolves around realness so it’s honestly a decision worth making. One of the best quotes i can give that i live by is “Let your insanity guide you”. It’s from a Moonknight comic that has to do with my rap name and obsession with the moon. But it’s meaning is basically centered around how being “Insane” is simply going against the system which is sometimes a good thing. It brings clarity. I’m a firm believer in doing what your heart says and letting it lead you regardless of what the worlds view is. To an extent, it’s how you truly find yourself, and finding yourself is going to take every risk in the world. 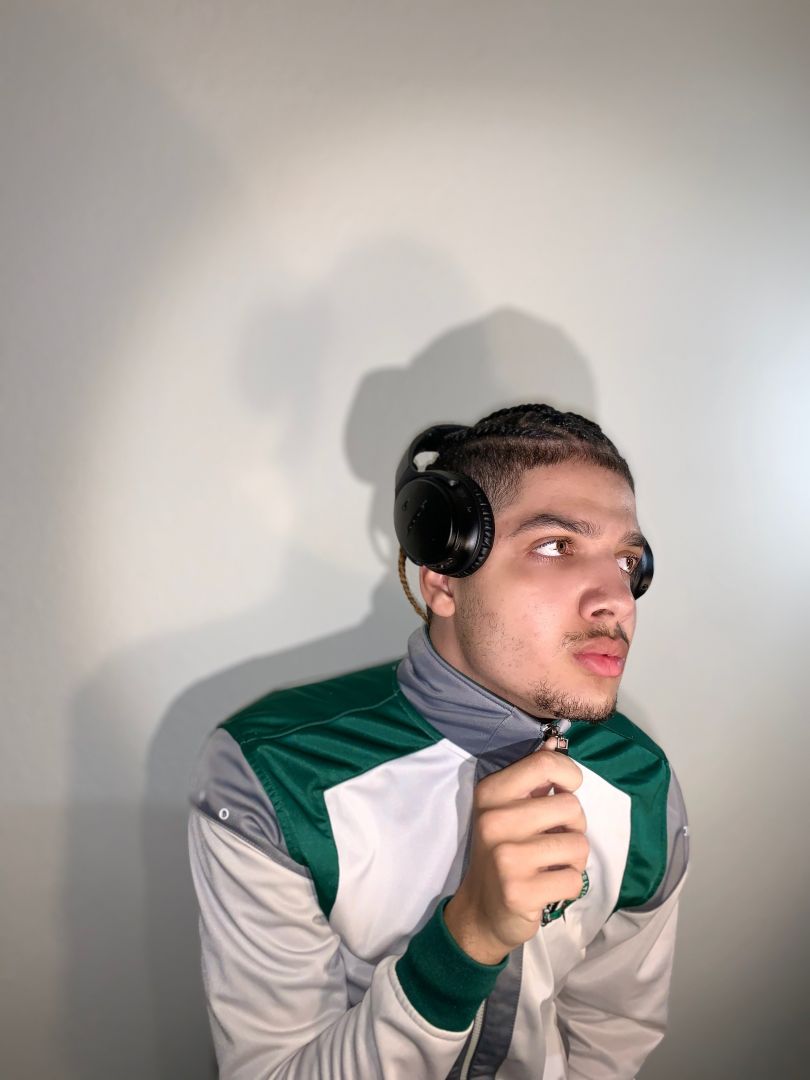 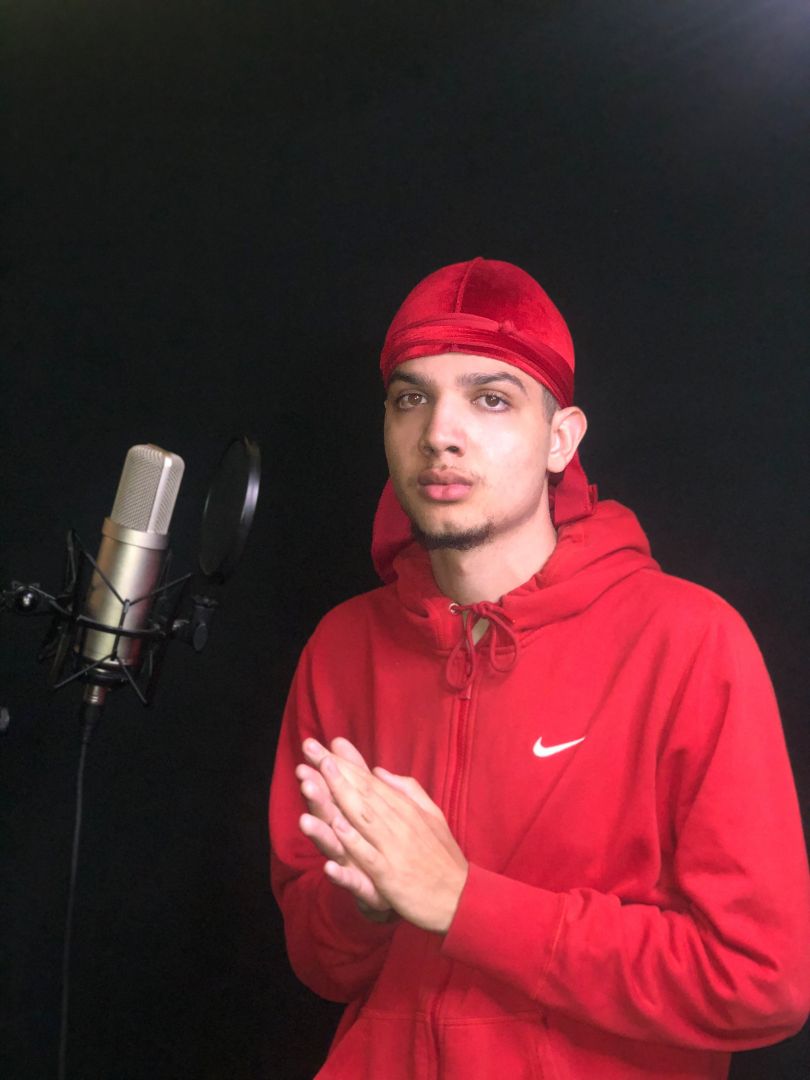 Alright, so let’s move onto what keeps you busy professionally?
My story is very unique in a sense of where i came from and what i stand for. I’m the middle child of 8 kids. My parents raised us with love and have been married for 25 years. I lived most of my life on the move in different states across America and Sweden. The areas that affected me most are Baton Rouge Louisiana, Los angeles CA, and various parts of Michigan. I got where i am today with faith and staying true to my family. I struggled with a less fortunate upbringing but stayed optimistic because life is too short to feel like a victim. With the amount of kids in my family homelessness was traumatic and changed me as a person. Like everyone else, my road here was not easy. It feels like yesterday when it was 2014 and i was living in a Toyota Tacoma with my family 10. With my little brother sleeping on my lap we posted up behind a McDonald’s and i would wake up for school and a handful of times i’d have to wash myself in the McDonald’s bathroom or in the gym showers throughout my freshman year. None of the kids realized what i was going through because i was so well spoken, bright and always dressed well thanks to my parents who made the best with what we had. I would have to go out and seek ways to make money (mostly asking strangers) just to get some gas to give my dad so i could get to basketball practice. But we all experienced it together so it was a learning experience for real and we had each other’s back no matter what . I started producing beats on Logic Pro 9 in 2015 after me and my family finally stabilized in California. We found the most stable form of housing to date and it was a blessing going upwards from there. Prior to that, we were always on the run in different states living in various homes or hotels that we would leave after a year or so. I also lived with my Grandmother for a good portion of my life. I took that new stability and was able to focus and pursue music more than ever. I’ve always been rapping and free-styling since a little kid, and i excelled above average in writing and public speaking throughout my entire schooling experience. English and writing essays was one of the only things getting me through the pain of high school because i felt very misunderstood and had few friends who understood me. Articulating stories was my favorite part of english even though i hated reading because i couldn’t focus in class. My mind was always wandering but one of my favorite books that actually made me love literature was “1984”. I released my first full self produced album in 2019 titled “Incognito” and it contained a lot of storytelling as to my struggles and lessons learned in my life. I produced all the songs in my parents garage and recorded all 17 tracks by myself, so even though it wasn’t peak in sonic quality I embraced my sound and i was able to adapt and learn mixing techniques going forward to enhance my visions. The most crucial lesson i’ve learned that makes me who i am is no matter how the world treats you don’t ever change who you are for them or for validation. I’ve learned a level of loyalty and respect that money can’t buy and nobody can shake out of me. I want the world to know that it’s liberating to embrace love instead of fear. Unconditional love is so rare and anyone who can operate at that level while still having boundaries is a different breed. No matter the hate that comes towards me i know i’m better off being the bigger person and letting go of the selfish idea that i need to defend myself. I am unfazed by hate because i operate in love, and that’s my biggest flex. My brand of music embodies finding your own truth and being resilient in it.

If you had a friend visiting you, what are some of the local spots you’d want to take them around to?
If i had a friend come through for a week i would take them downtown LA and eat somewhere in the area there, but it depends on what they like honestly. Los angeles is such a diverse place to be and no matter the area somebody got the good eats. Ricky’s Tacos is always by my apartment so i’d probably do the local thing and grab some fish tacos with them. I would definitely take them to the studio and let them see the recording process of making songs. That’s where we would definitely have the most fun in my opinion. I also have this meditation spot i go to in the Atwater Park area of Glendale that has a beautiful trail and a view of the city. I found it by accident wandering around and i’ve been going ever since. We could also go horseback riding in Atwater Park which is a liberating experience for anyone who loves nature and horseback riding in general. We could also go to Echo park and ride the peddle boats through the lake. I’ve never done it yet, but i always see people having fun over there. 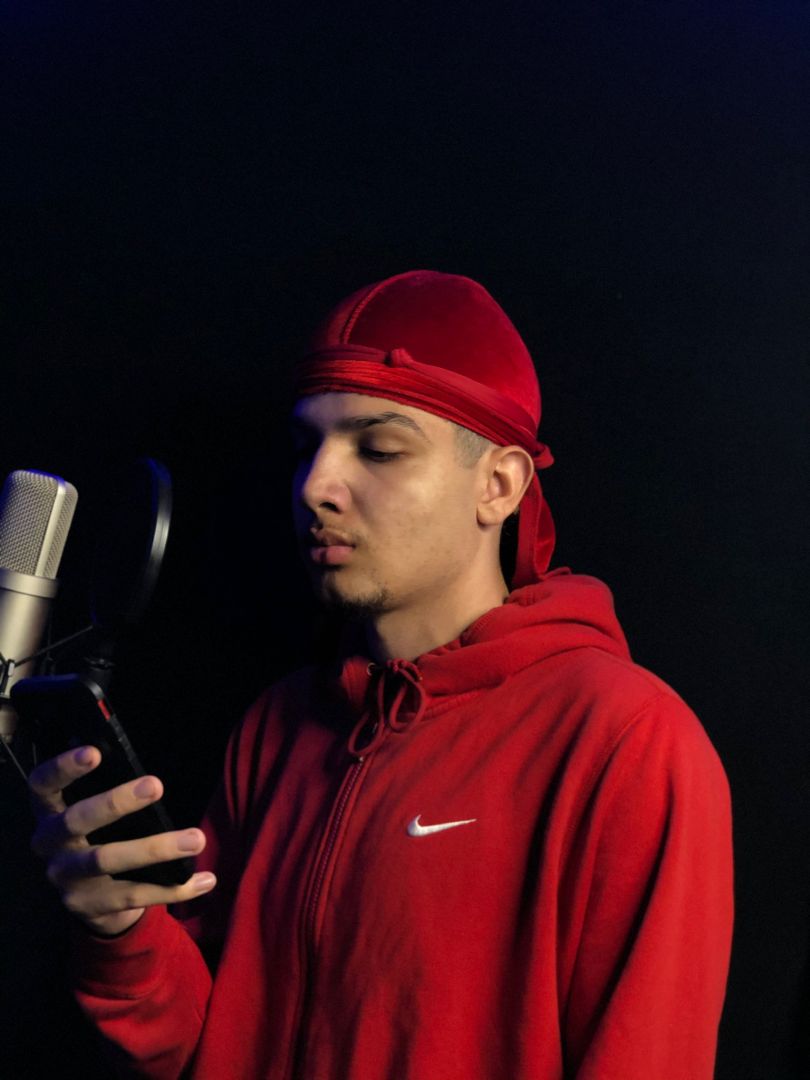 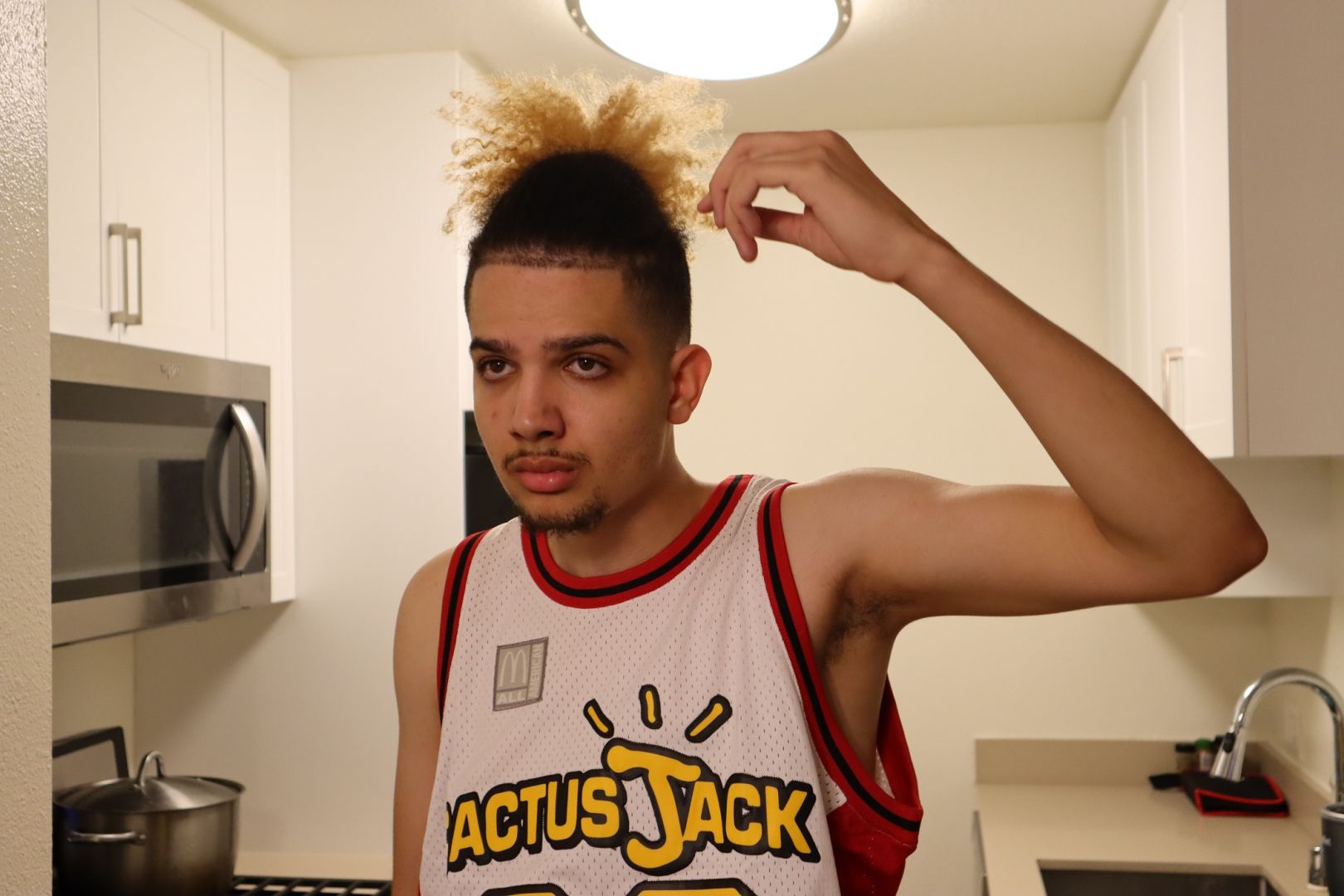 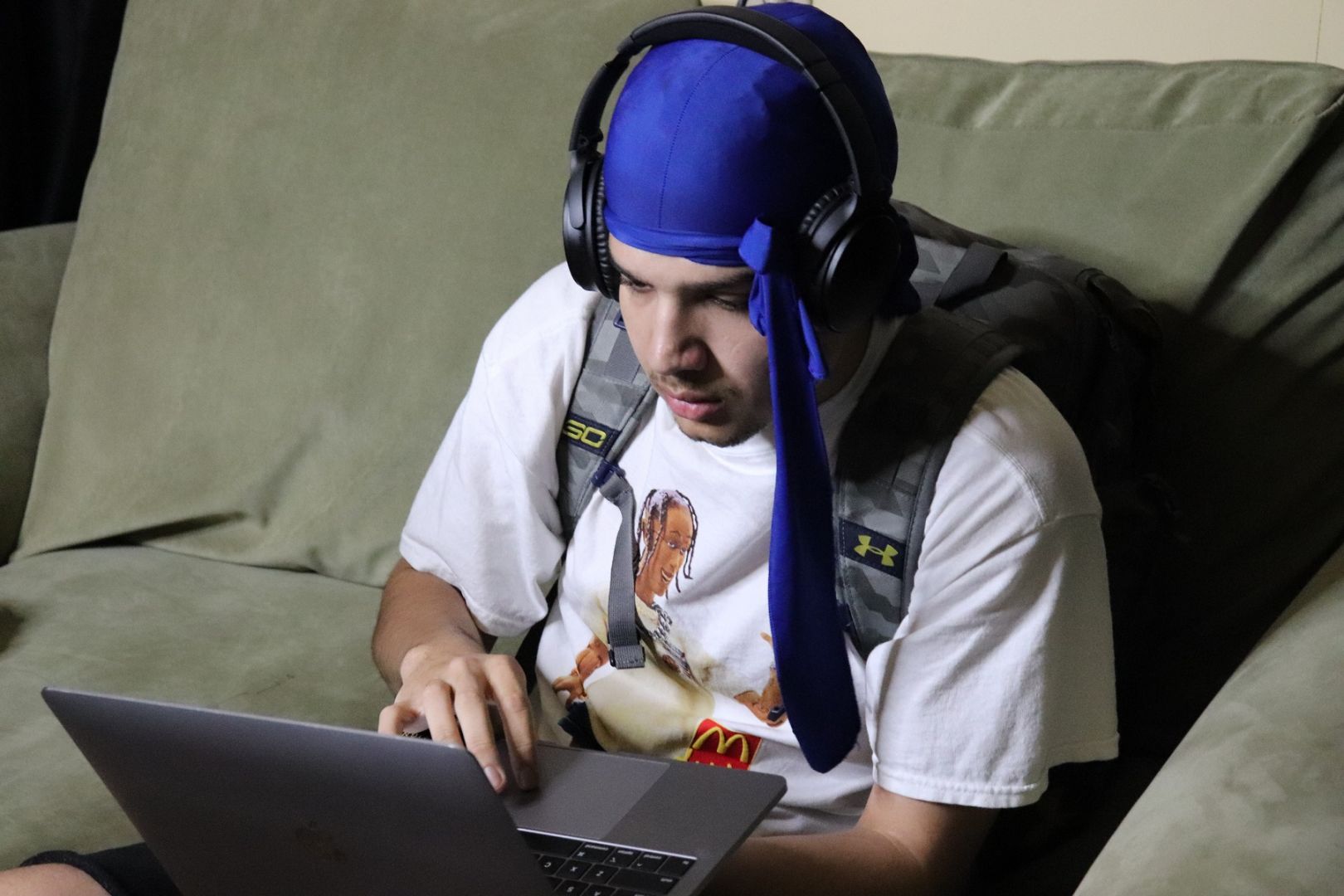 Who else deserves some credit and recognition?
I really want to shoutout every artist that i’ve ever listened to. Whenever i get my first big in-person interview i know they’ll ask me about my biggest inspirations but the reality is that every single song that i’ve heard in my life has influenced my sound. And every mentor, past friendship, teacher, bully, relationship etc. has made me who i am today. If it didn’t influence what i wanted to be, it showed me everything i do NOT want to be. If it didn’t influence how i want to sound, it influence what i NEVER want to sound like. It’s kinda like taking the L’s with the W’s and seeing them both as the journey. Some notable inspirations off the top of my head in music that influenced my sound and production are : Albert Howard, Speaker Knockerz, MF DOOM, Joey Badass, Logic, Drake, Lil Wayne, Ilovemakonnen, XXXTENTACION, J Dilla, Boi-Wonda, Noah 40-Shebib, Russ, Dorinda Clark-Cole, J Cole, Rance Allen, Daylyt, Nujabes, Shakespeare, Kendrick Lamar. A book i recommend everyone read is one by Russ Vitale named “It’s all in your head”. I most of all dedicate my story to my parents, Albert and Ingrid who raised me with love and a understanding heart, as well as a love for gospel and other forms of music. My brothers Paul and James also deserve recognition in my music story for always pushing me to be who i truly am.