We had the good fortune of connecting with Olivia Buckle and we’ve shared our conversation below.

Hi Olivia, why did you pursue a creative career?
My pursuit of a career in the creative industries came to me very clearly at a young age. I started dancing at age two, and as I got older it was very clear that I preferred dancing over everything. While my mum enrolled me in community sports, the coach of the soccer team just kept me as the goalie because I would dance on the field instead of chasing the ball! At 13, the decision to transition into a competition studio and give up playing any other sports — or having a social life — was an easy one. I watched Justin Timberlake’s music videos and knew that dancing like his dancers was what I wanted more than anything.

And that was that. At 13 I knew that I wanted to be a dancer. I started my mission to be a professional performer.

While life has thrown me curveballs along the way, I think every artist can relate to the self doubt and the question of, “Should I just get a normal job so I have security?” And I have bitten at that line before, but what resulted was anxiety, brain fog, and all around unhappiness. In a way, the pursuit of being an artist isn’t a “pursuit”, but it’s a necessity; it’s in my DNA to live this life. 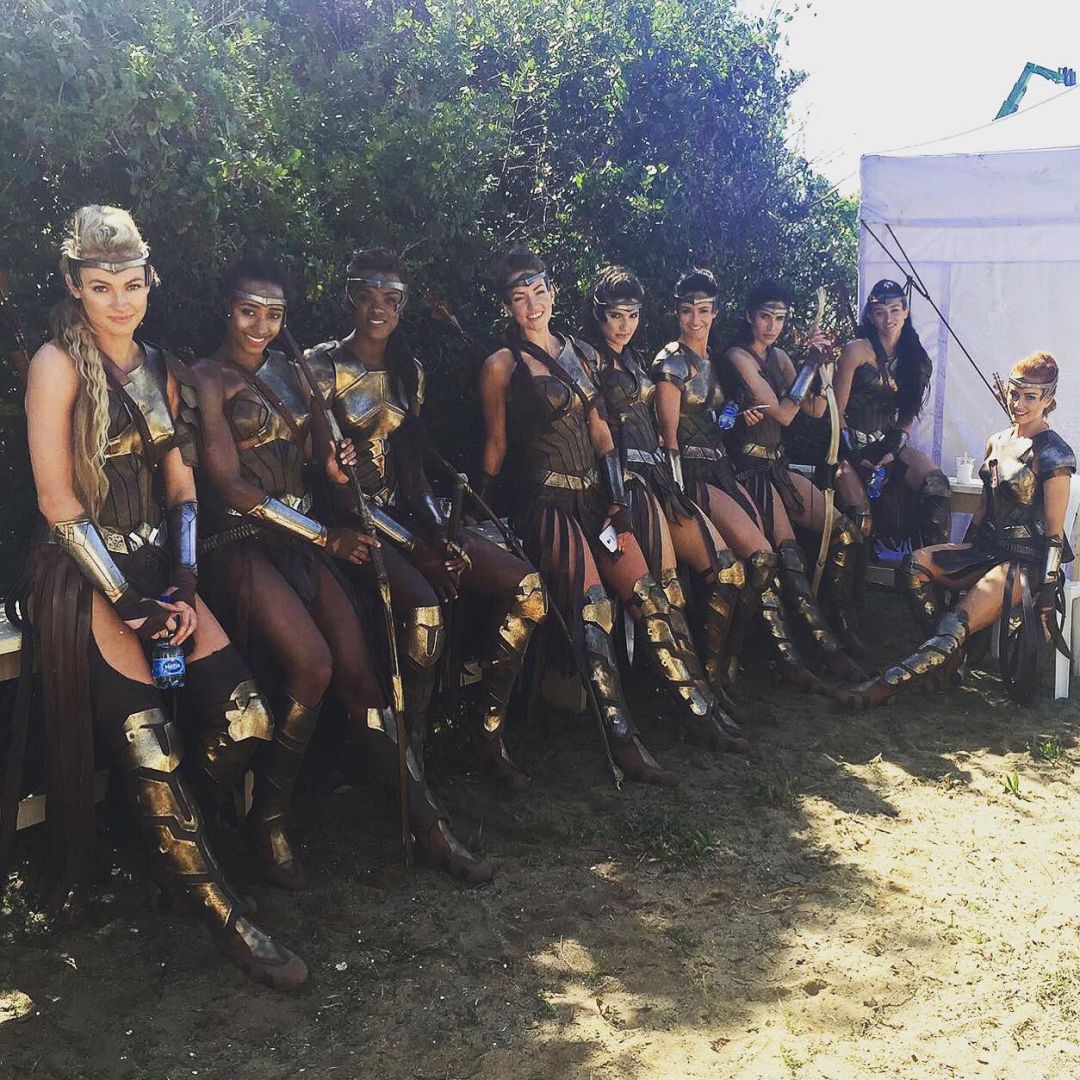 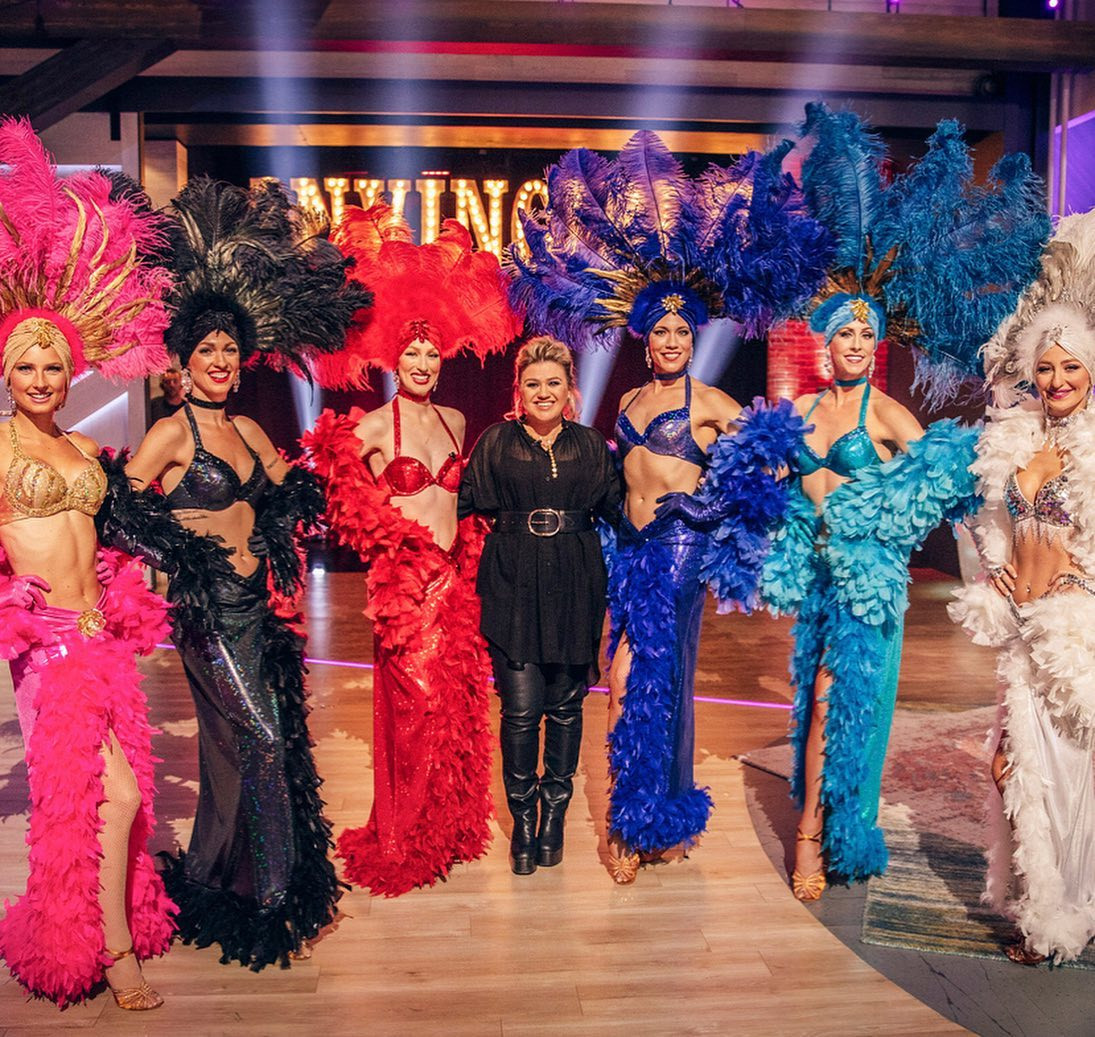 Let’s talk shop? Tell us more about your career, what can you share with our community?
As an artist, labels have always felt constricting to me. When I started my career I was a dancer. Then I became a choreographer and teacher. With the desire to continue performing and not be known to only work behind the scenes, I started to bring groups of dancers together so we could perform as a troupe. But the style wasn’t quite commercial; it was avant-garde back in 2009 to 2014.

My performances were theatrical, character driven – kind of peculiar – dances with costumes I either made at home or high end made by costumers. I performed at underground clubs, for well known theatre companies, and I did projects for friends to help their visions come to life. Basically any performance venue with a stage, podium, runway or camera lens I could find…

The occupation of “performance artist” sat very well with me. It encapsulated my dancing, choreography, acting and all around unique theatrics.

In 2015, I experienced a slump; I injured myself dancing, and was lacking inspiration or challenge. I desired something new, exciting, challenging; something that elevated my name as a performance artist. I said out loud, “I’m ready for something new. I want to be an actor.”

One morning I received an email for an open casting call searching for tall, athletic women with acting experience. I went through two months of auditioning for an unknown film. Turns out, it was Warner Bros.,
“Wonder Woman” and I was now one of their Amazons. I spent almost one year of my life dedicated to training and filming this incredibly powerful film. A crash course in high budget movie making. I had only worked on stages and on indie films. This was mind blowing! My world shifted and my life was never the same afterwards. I tasted Hollywood for the first time, I met women who have become life long friends, and the job on my resume helped me later on to get meetings within the industry. An insane amount of hard work – but worth every tear.

I wrapped Wonder Woman and knew that this crazy, intense, fast paced world of film is where I needed to be. I want to be waking up at 3:30am, 6 days a week with other actors and crew and wardrobe. I want to be part of creating a film that changes perspectives and holds a strong message. But if I was going to act, I needed to start at the root of it all and train.

I was still living in London, so I enrolled in a summer program at one of the top schools; the Guildhall school of Music and Drama. I was terrified walking in. The training was so new to me. Using my voice was a hurdle I had to get over; my body had always been the vessel in which I used to tell a story. Finding the full volume of my voice was a completely new experience. The program focused on Classical Theatre. I was tough, challenging, fulfilling, frustrating – exquisite!

On my last day, a teacher I worked with pulled me aside and offered me a spot at his new acting school in his hometown of Fontainebleau in France. So three weeks later, I packed up my London flat and moved to France to train at FONACT, (Fontainebleau School of Acting) finishing out my Visa’s last 5 months in an intense drama school with other students from around the world, in this tiny French town. I learned how to open up and be available for other artists, pushing ego and vanity aside; as a solo dancer I’m in the center but acting in a troupe was about stepping aside and supporting others in their spotlight. I learned focus. FOCUS. Still the main takeaway from all my training.

My next step after graduation was foggy to me. I came back to Canada, having closed my European chapter of 6 years – and just slept for about a week if I’m being totally honest! Like my molecules had to reset so that when my brain started screaming the question, “NOW WHAT?!” I’d be at least able to come up with a new game plan.

NONE of the above could be considered easy to most people. But somehow… it all did feel kind of easy. Not easy, but streamlined, in sync. The moments in my story where I listened to my intuition and took a risk are the chapters in my life that are the longest and most fulfilling. The times where I let my inner demons take over or fear or the easy way; that’s when I found frustration, restlessness and confusion.

My brand as Olivia Buckle is all encompassing; performance artist, dancer, choreographer, actor, model, writer and producer. Not meant to be overwhelming, but I love the creative industries and through that love I’ve acquired a wide skillset while on my mission to contribute beautiful and moving pieces of “art” to the world.

Some recent projects to note… I have one movie out on Amazon Prime, “City of Trees”. An honest story of two women falling in love in a small NorCal town. It also looks like we will be doing a sequel (nudge to Violet Wave Productions) so definitely check this one out if you’re a Prime Member! “A Girl And A Gun” is a comedic short film, (I’m the girl) that’s been doing incredibly well in the festival circuit winning awards in LA, Vegas and Paris. “Goin’ Around” is a full feature that will be available soon to watch. The director and lead actor have both won awards and I was nominated for supporting actress. I just wrapped a feature film that will be available to stream in the Winter of 2022; an action packed drama filled with corrupt cops, drug dealers and mystery. I am also editing a short film I wrote, directed, produced and acted in earlier this year. 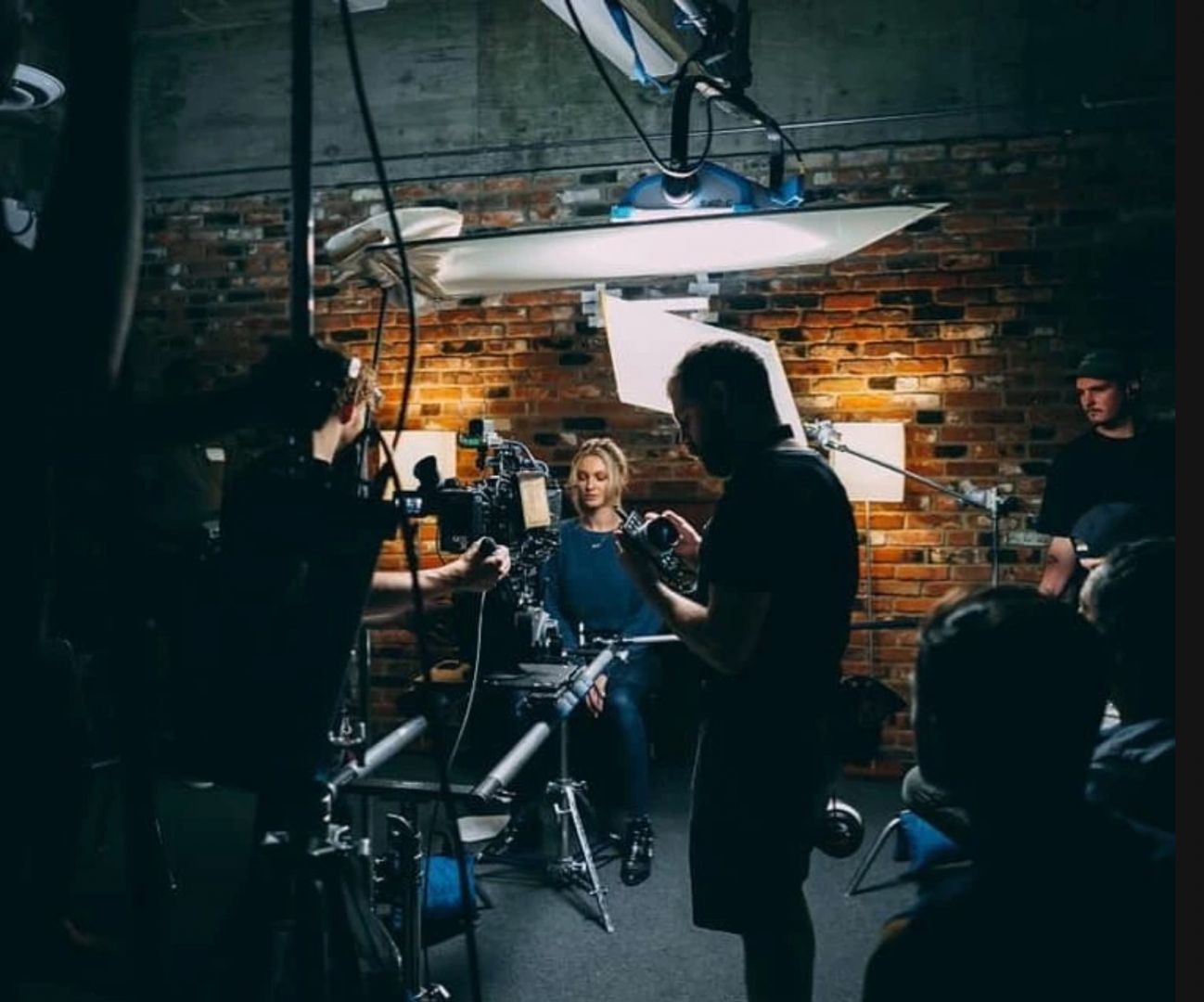 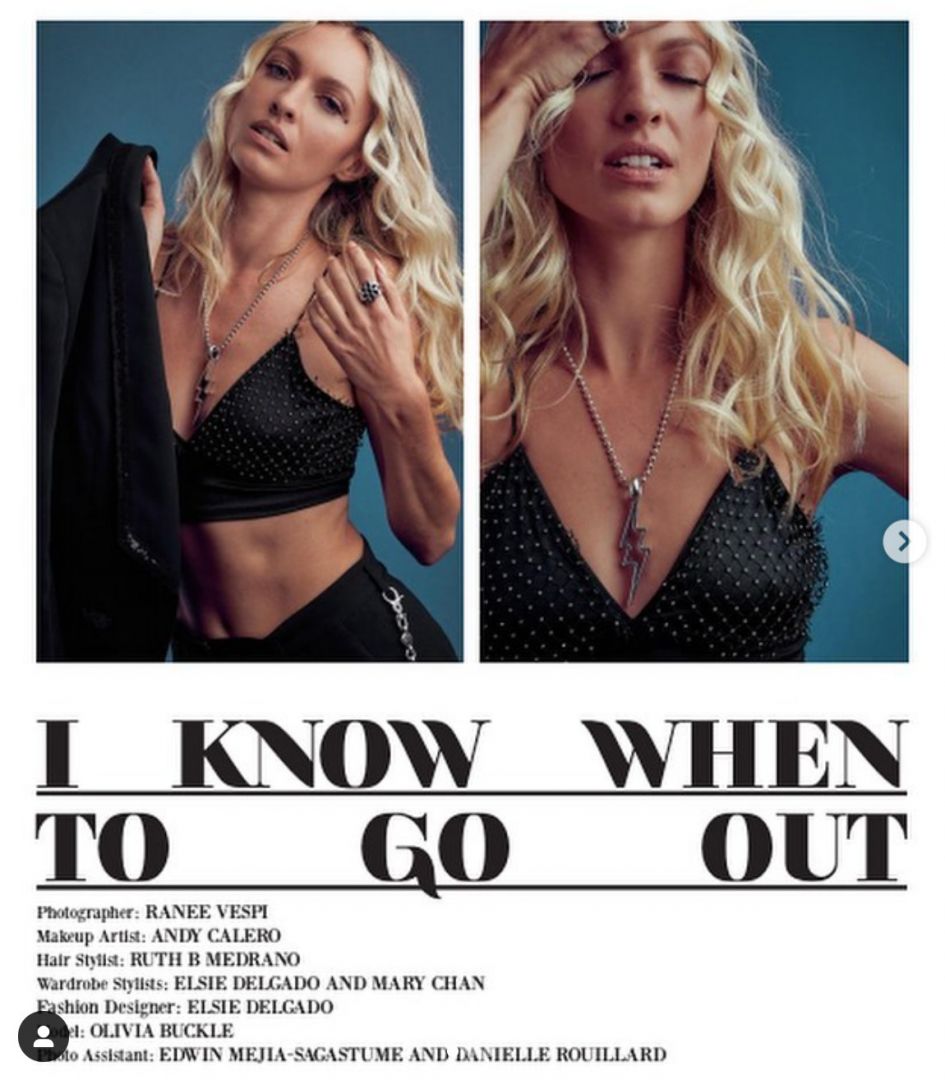 If you had a friend visiting you, what are some of the local spots you’d want to take them around to?
Well it would start with Yoga every day at Modo Yoga in Venice. Coffee and computers at a local cafe, like Groundworks. I love to be able to brainstorm with creative friends and talk about all the ideas that swirl around in our heads. Afternoons at Mar Vista Farmers Market is a must! “Hiking” Runyon Canyon or around the Hollywood sign. The Broad, The Hammer, LACMA, all winners!

Vintage shopping on Melrose, a drive up the PCH, a cocktail on a rooftop bar like Perch. A boozy brunch is always a good time at Waterfront. Watching the sunset while sipping wine at Bev under the Venice sign.

Definitely an improv comedy show at Upright Citizens Brigade or Groundlings. Stand up comedy with Don’t Tell is always fun because you never know where you’ll end up! I love going to the cinema, the Arclight is a must for any out of towner. Hamburger Mary’s drag show brings me happiness. The LA Dance Project is an incredible dance company whose shows I’ve seen and will continue to see and support.

LA is filled with under ground surprises and that’s one thing that makes this city so unique. Friends who have come and visited leave with a totally different perspective of the city than when they arrive. Some assume the city is kind of artificial, dense and expensive. Not ALL wrong… But what I love is how inspiring it is; there is always something going on that is sure to inspire – even the most slumped – artist. 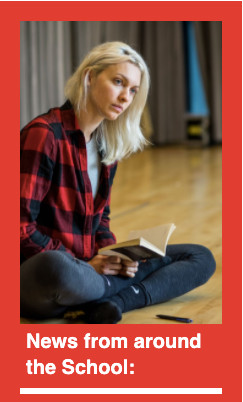 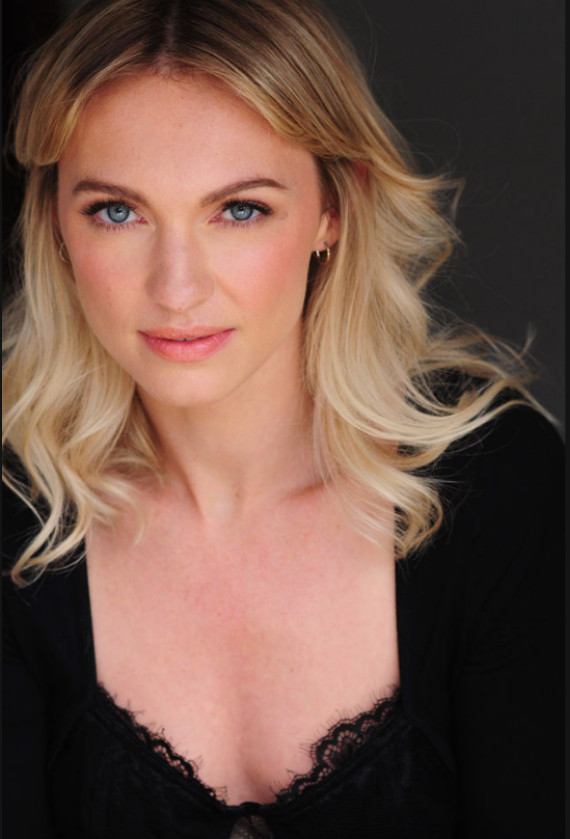 Who else deserves some credit and recognition?
As an artist I find that you are as good as those who you work with and surround yourself with. The wonderfully talented artists I started my career with in Vancouver, BC, (Barnes & Buckle, Madame Husseys House), then onto London, England, (LDP), my education at Guildhall and FONACT. Now to Los Angeles, these relationships are ongoing and I’m so grateful for those who I can call and text and bounce ideas off of and “make things” with. Also my fiancee and mother for their unconditional support and belief in me. 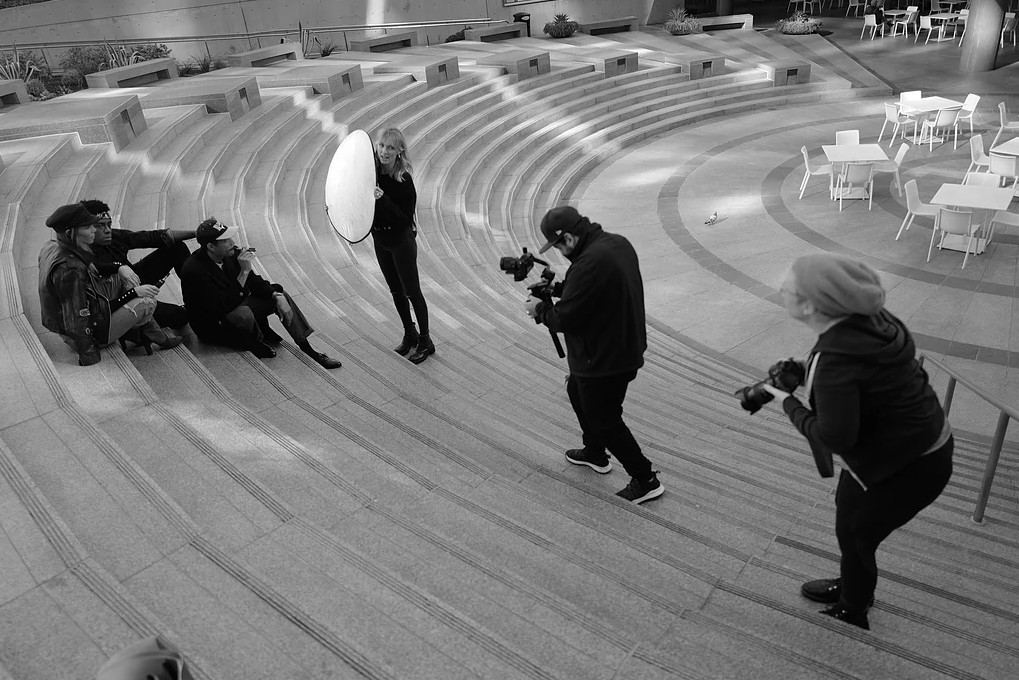 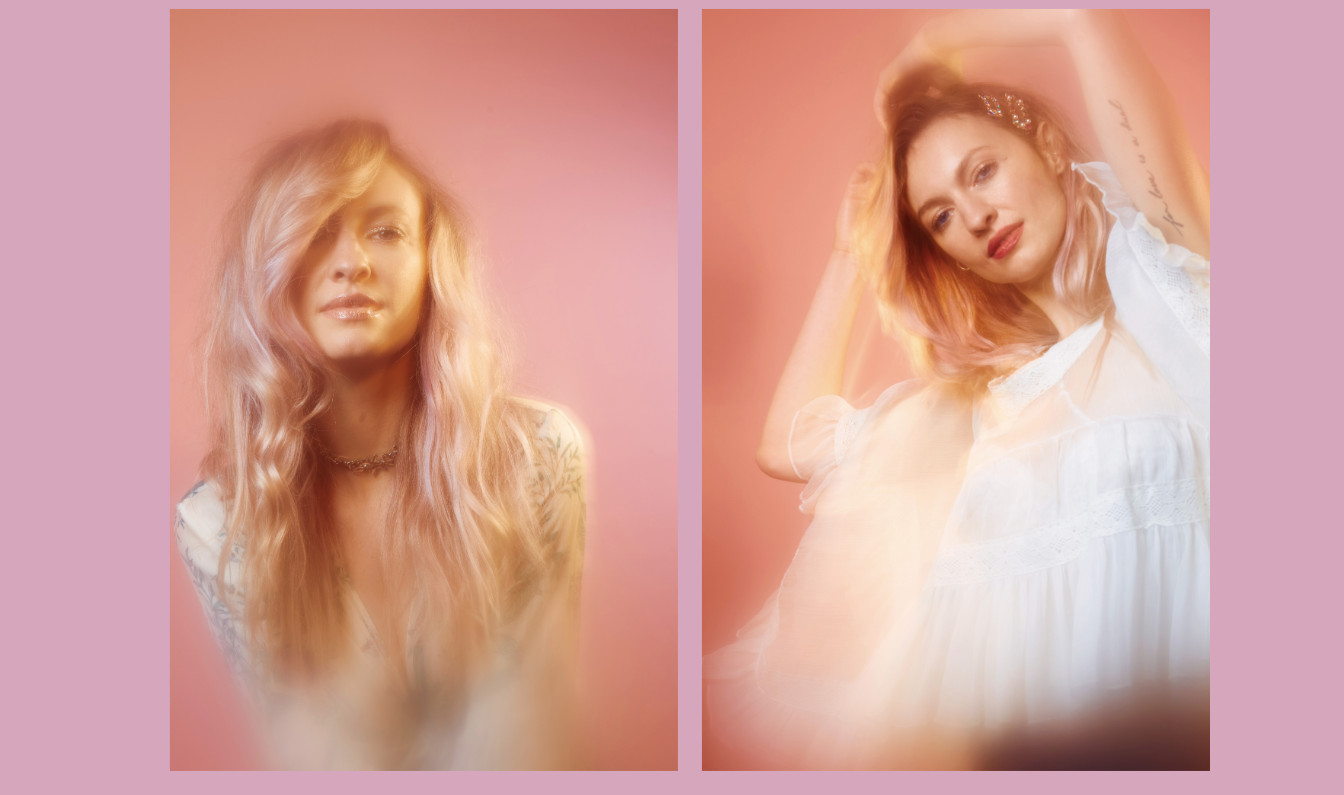 Other: www.HusseyNotes.com This is my website I use to publish articles I’ve written, articles written by other women and profiles of creative women to promote their work. A digital community meant to uplift, support and inspire creative women.