We had the good fortune of connecting with OneWayNick and we’ve shared our conversation below.

Hi OneWayNick, we’d love to hear about how you approach risk and risk-taking
Everybody takes risks everyday whether they realize it or not. Driving your car to a 9-5 job is a risk. You could get into an accident, or loose your job for a whatever reason. For me, I look at risks as opportunities. The bigger the risk the bigger the opportunity. So I choose to take risks that can put me in a position of independence, and ownership. If I would’ve never took the risk to invest in myself and my music career, you wouldn’t be reading this. I believe you cannot find your purpose in this life without taking risks. It’s like God designed the universe that way, where your purpose and power is hidden within yourself, and the only way to find it is to take that leap of faith, and just do it. Whatever that IT is for you, personally. 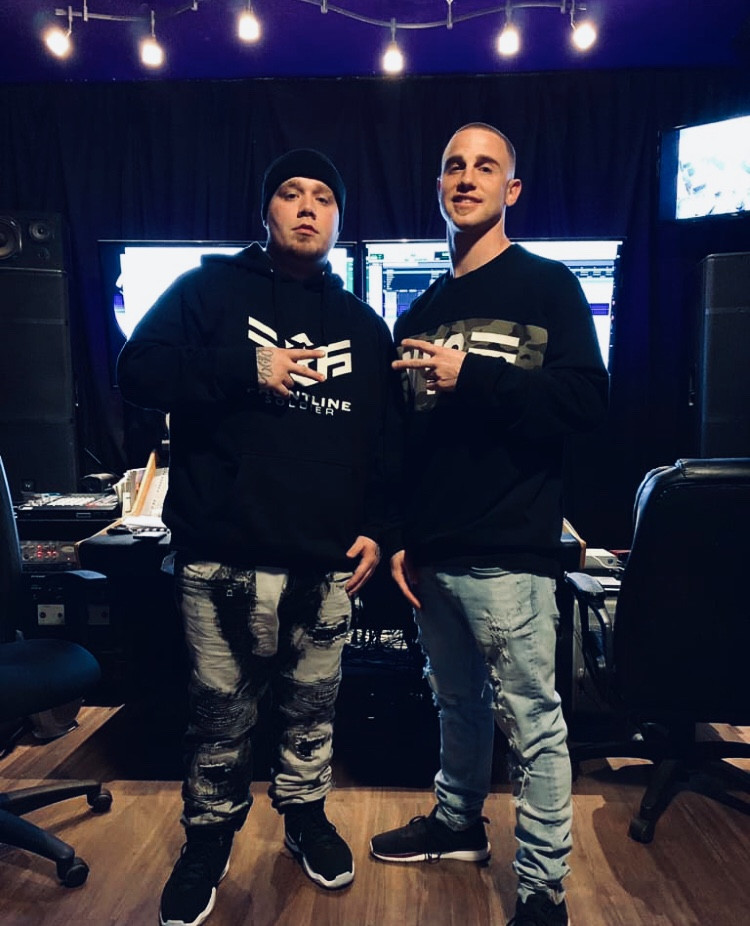 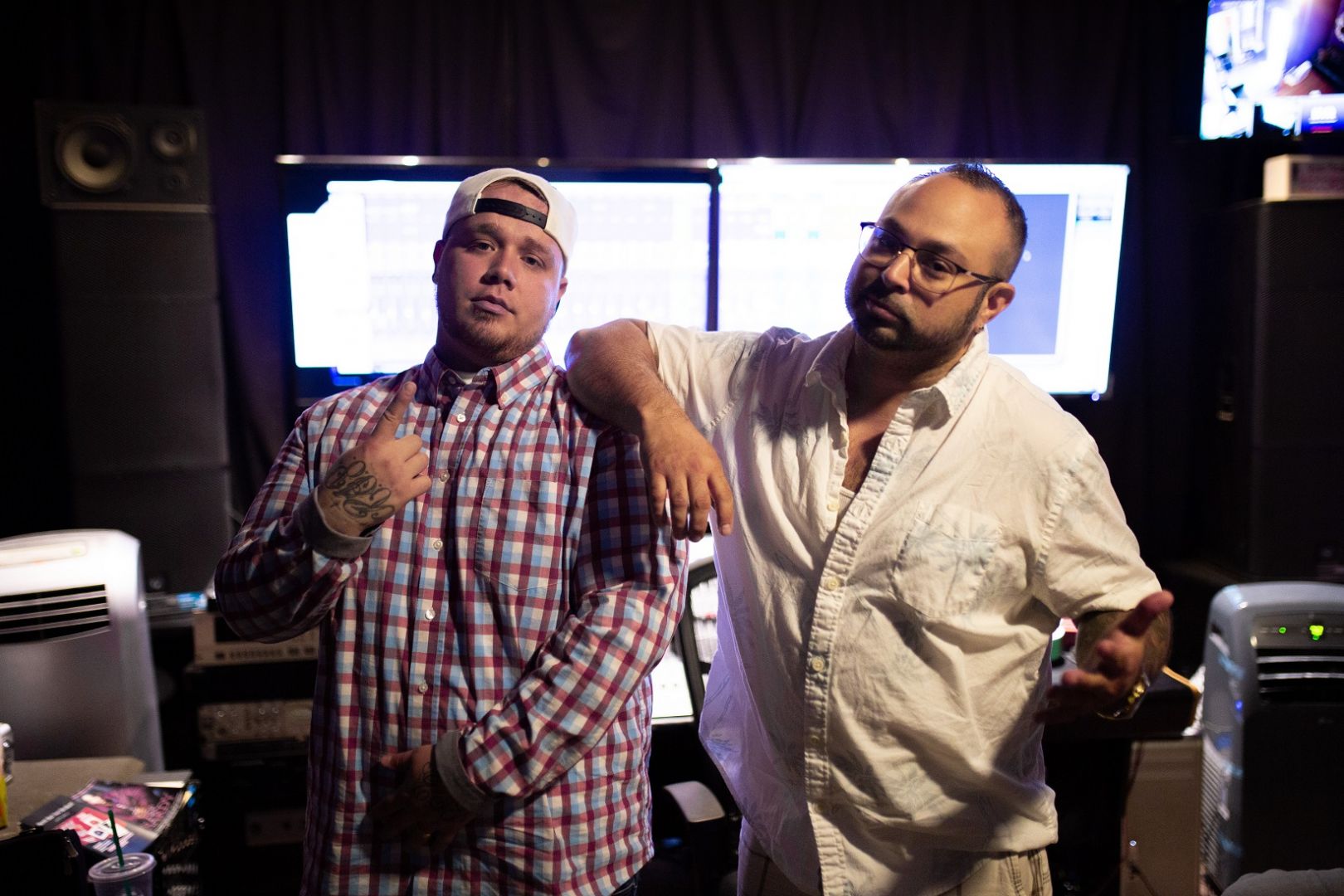 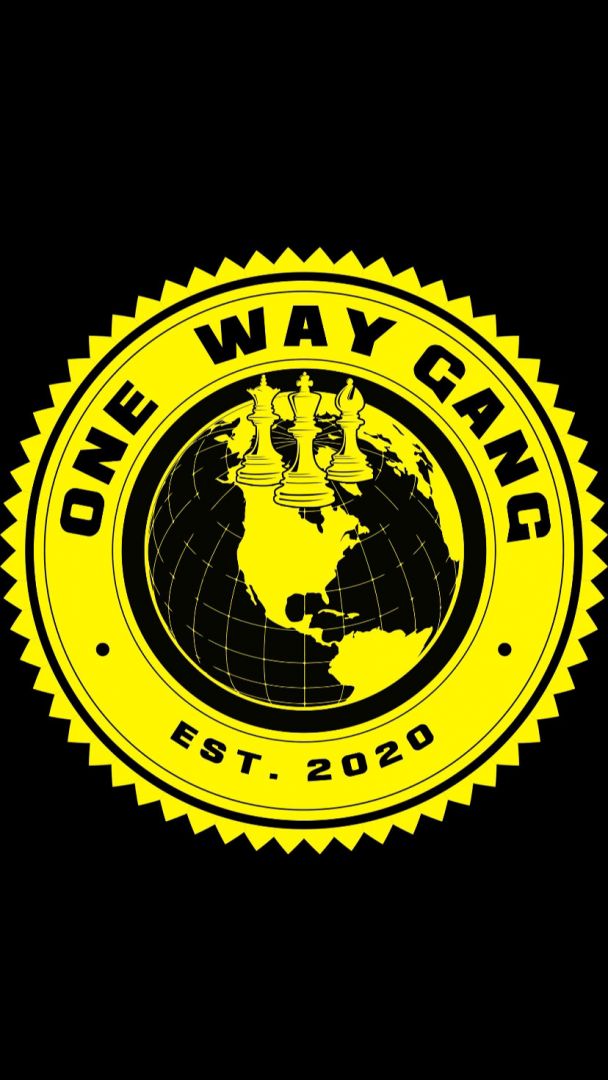 Can you open up a bit about your work and career? We’re big fans and we’d love for our community to learn more about your work.
I began writing songs as a young kid in Juvenile Hall. The music was literally the only positive outlet I had back then. I would write songs, and then spit them to all the other kids, and watch them go crazy. Even the probation officers would listen to me spitting raps, from underneath the bottom of my cell door, so the other kids could hear, and they would come up, and be like “damn Nick, that was actually really good” you should focus on doing music instead of all the other dumb Sh$@ your doing to keep coming back here. I didn’t listen though. I was too caught up with the lifestyle I was living. to see music as a career opportunity, like I said it was just a way for me to express myself. It was like therapy to me. I started doing shows, At local bars way before I was old enough to even be allowed inside, but I still didn’t see the bigger picture. It wasn’t until last year that I took it seriously as a career. I know this sounds kind of backwards to a lot of stories I’ve heard from artists, but I’ve had people my whole life believe in me, way before I ever did. My boy Penny asked me in mid 2018 if I was still doing music, I told him I was potentially looking for a place to record. That’s when he plugged me in with J-Intell, the owner of OMINA Laboratories (Sacramento’s #1 studio for HipHop & R&B)
I started recording my first album “Street Psalms” In 2019, and released the final product in the beginning 2020. My long time friend, and now manager called me after the release and told me that the album was organically running up some numbers in Europe, as well as having a good local response. He encouraged me to study marketing and branding, but at that point I still didn’t take the music seriously until a year later after I had my daughter. I realized that this is what I was made to do, and in a way, I’ve been running from that truth my whole life. Music is more than something I do, it’s who I am.

With the help of my team, I’ve managed to have my music in documentaries, played shows with thousands of people, but most importantly, I’ve grown as an independent business owner. I started OneWayGang ENT. late 2020, and brought another artist up with me along the way. I have a solid team with me now from beat makers, to marketing professionals, and am looking forward to crushing it throughout 2021.

If you had a friend visiting you, what are some of the local spots you’d want to take them around to?
That’s easy, we’d hit Love Bird’s Coffee and Tea, for breakfast, then go ride around town show them some old spots, then we’d go to Solid Ground Brewery for lunch. After that I’d show them the Studio and introduce them to the team. Then we’d ride out to Dillons beach, and get an airbnb on the ocean…. 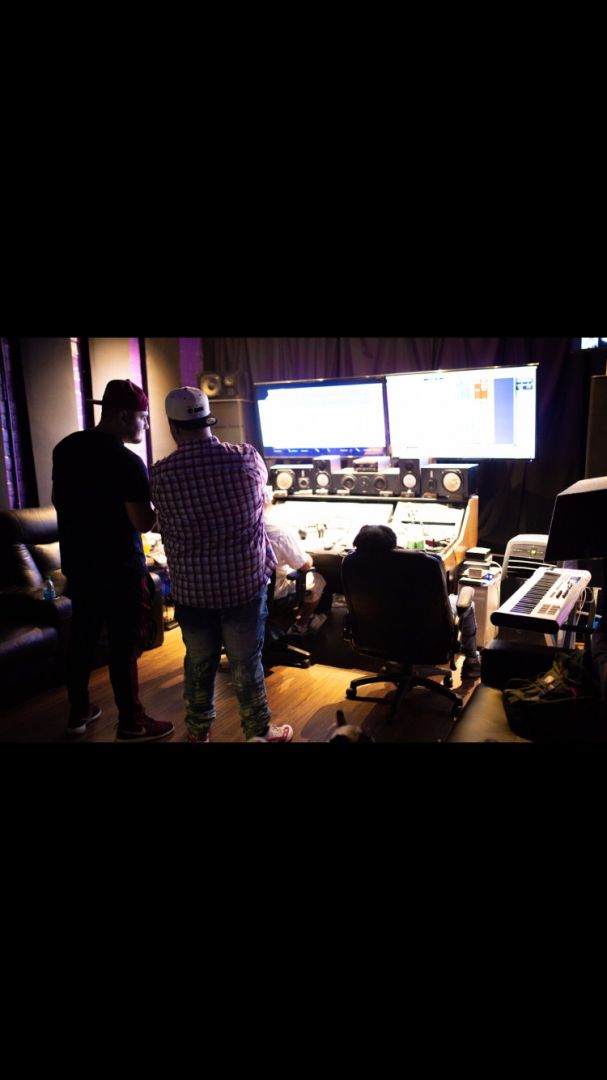 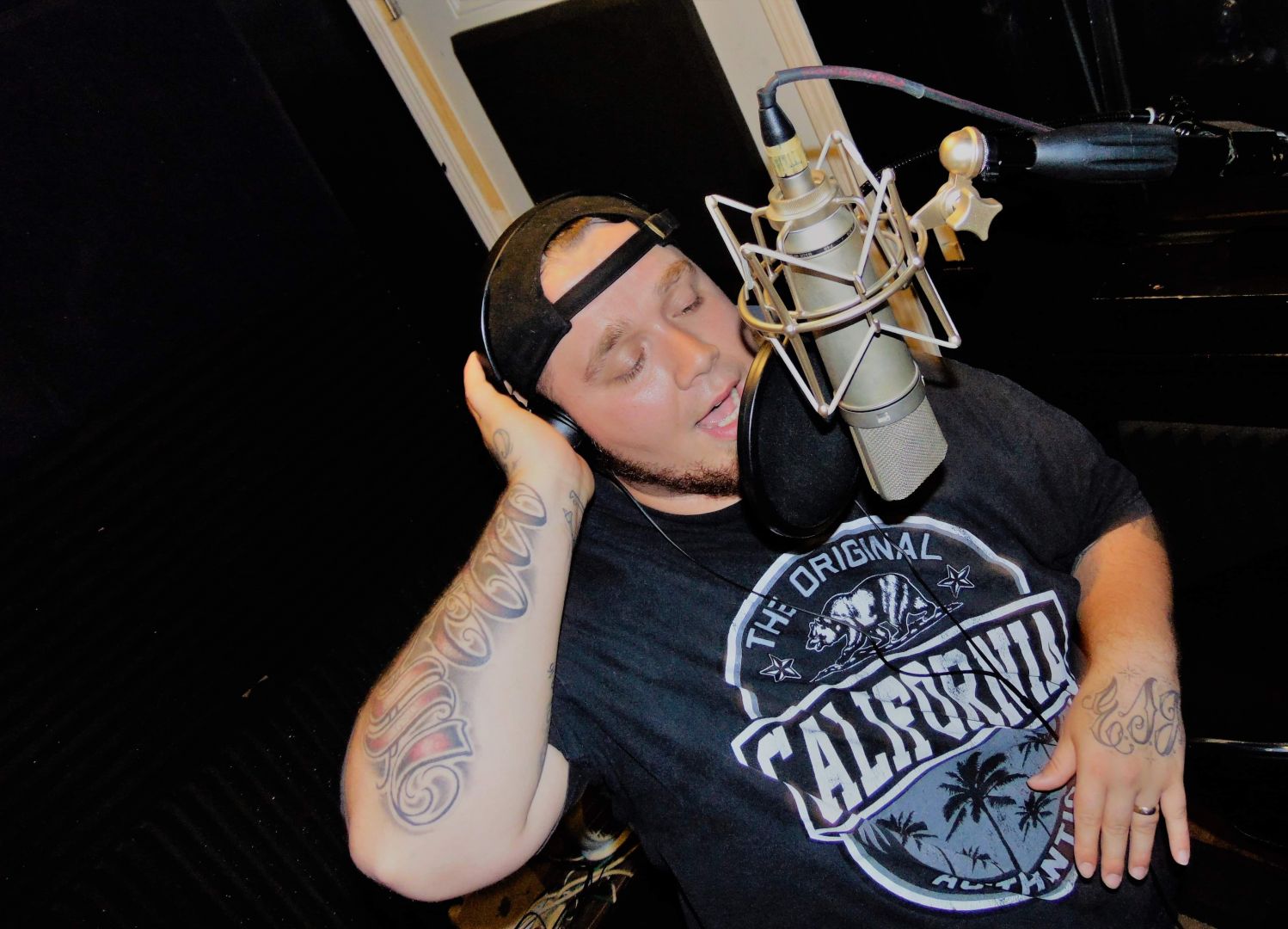 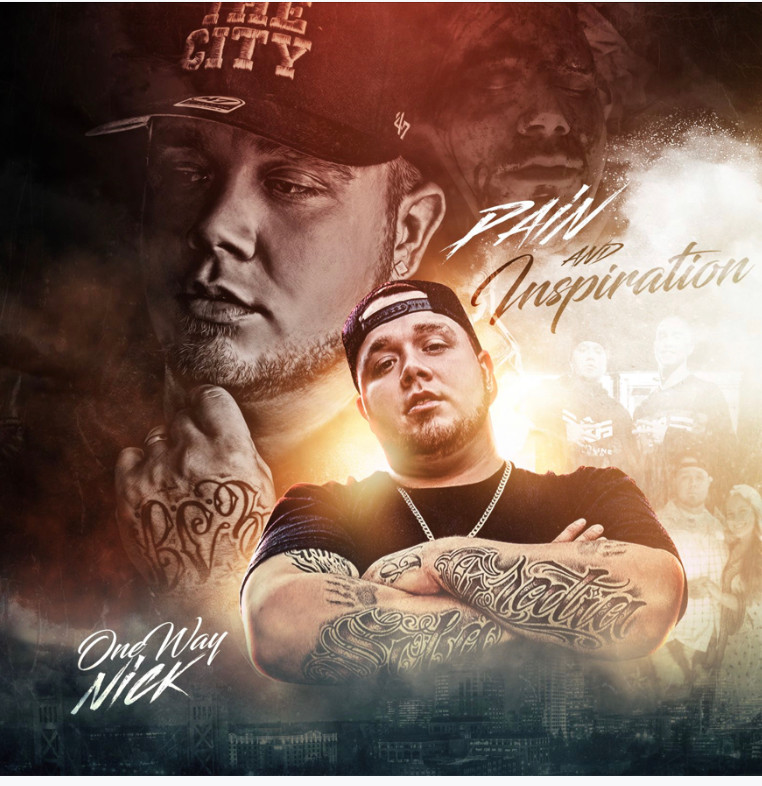 Shoutout is all about shouting out others who you feel deserve additional recognition and exposure. Who would you like to shoutout?
For me, I believe that real success comes from the mindset, and heart posture you have, more than anything else. I think the Bible puts it simply like this: “As a man thinks, so is he”. I believe the life you have is manifested from the person that you are. I used to be a person with an extremely negative mindset, and outlook on life, until I met a woman named Theresa Ventakaya when I was 21 in Sacramento Ca. She was a complete stranger, who just walked up to me, and started to ask me very personal questions about my life. It was weird though, because I could feel how genuine she was, with every word she spoke. She wrote down an address and invited me to a group meeting, That little act of love, & kindness ended up changing my life. So shoutout to her. After that I got connected with a man named Pat Green, who ended up being my mentor and the closest thing to a father I ever had. He was a successful business owner, a loving father and a husband. All things I never saw growing up. He allowed me to study his life, and I began to mature from a boy to a man. So with this being said I could’ve talked about all the people I’ve met in the music industry and how they’ve helped me in my career, but the truth is that without the two people I mention above, I wouldn’t have been able to properly handle and balance the life I now have.