We had the good fortune of connecting with PJ Germain and we’ve shared our conversation below.

Hi PJ, why did you decide to pursue a creative path?
I’ve always been creative, even at the earliest age. I spent quite a bit of time drawing characters and role playing with toys and action figures. I remember I think at the age of 5, I used my parents gigantic VHS Camcorder to shoot stop-motion scenes with my toys. A lot of car races and things like that. My interest slowly just built over time and I started writing short stories and getting really in depth into filmmaking. It was definitely a way to escape from whatever was going on in my life. There were a lot of ups and downs, and I used creativity to shield myself from it.

There was actually a point in my life that I was going to pursue music as a percussionist/drummer. I was in bands and really dove head first into that world for a few of my formative years. But as it were, I happened to get a few acting roles in highschool and took a series of theater arts and film classes that solidified my interest in pursuing a creative career. I never looked back.

I think at the end of the day, there’s an inherent need to create that fills a gap or hole in a creative person. It doesn’t necessarily have to be some deep seated emotional thing but the act of creating fills a need that I think we all have. It’s how we thrive. I know that when I’m creating, I’m operating at the optimum level of myself. 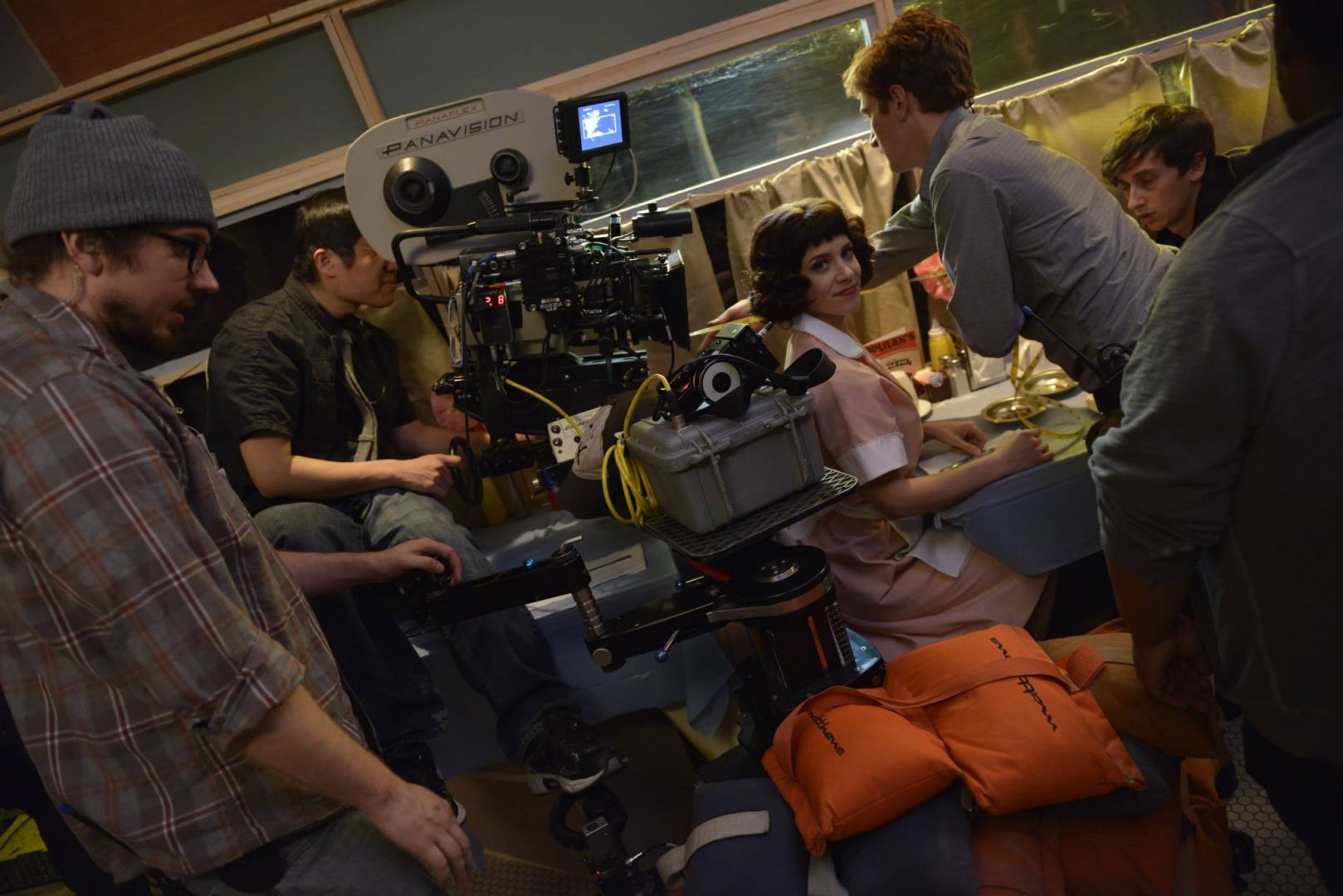 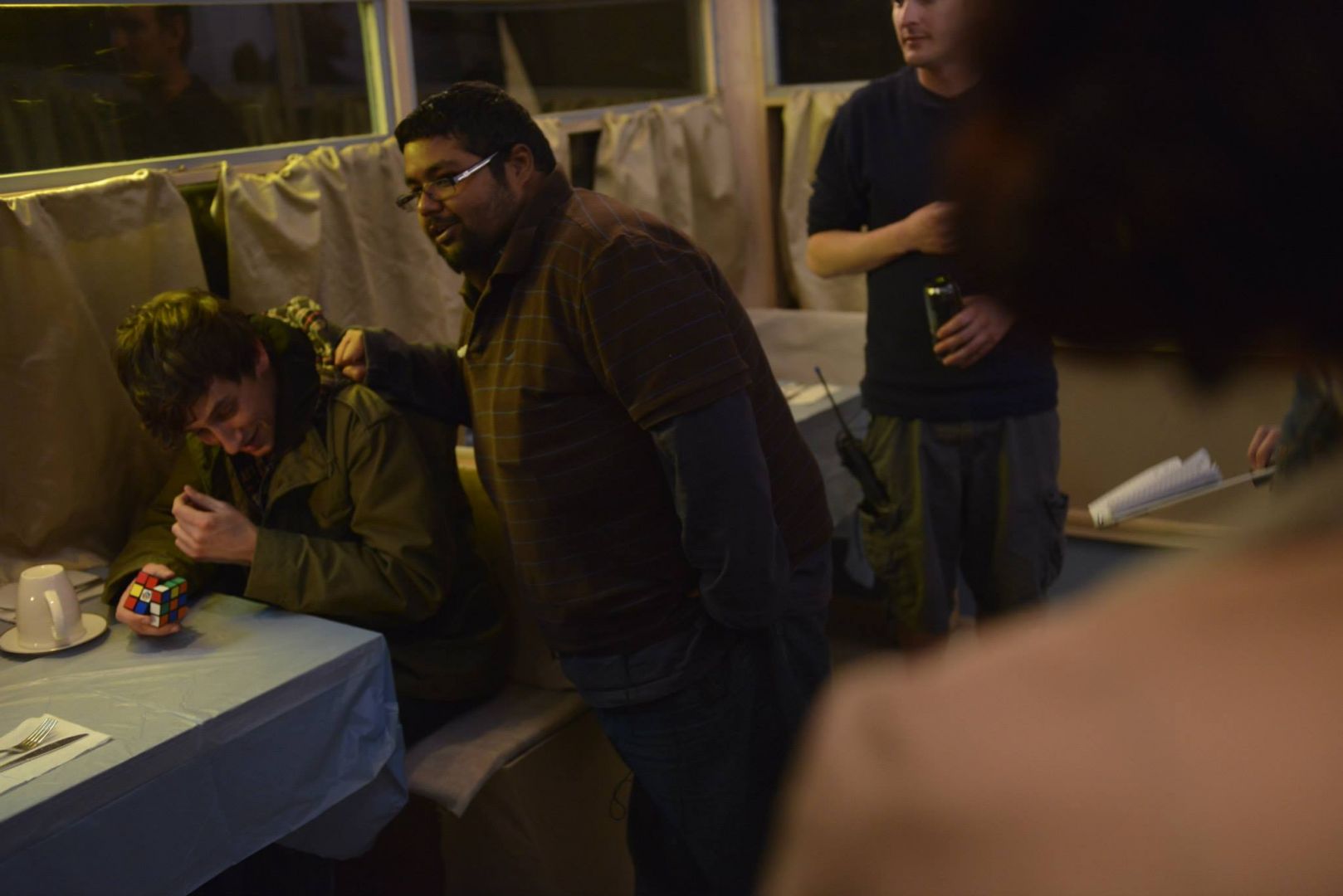 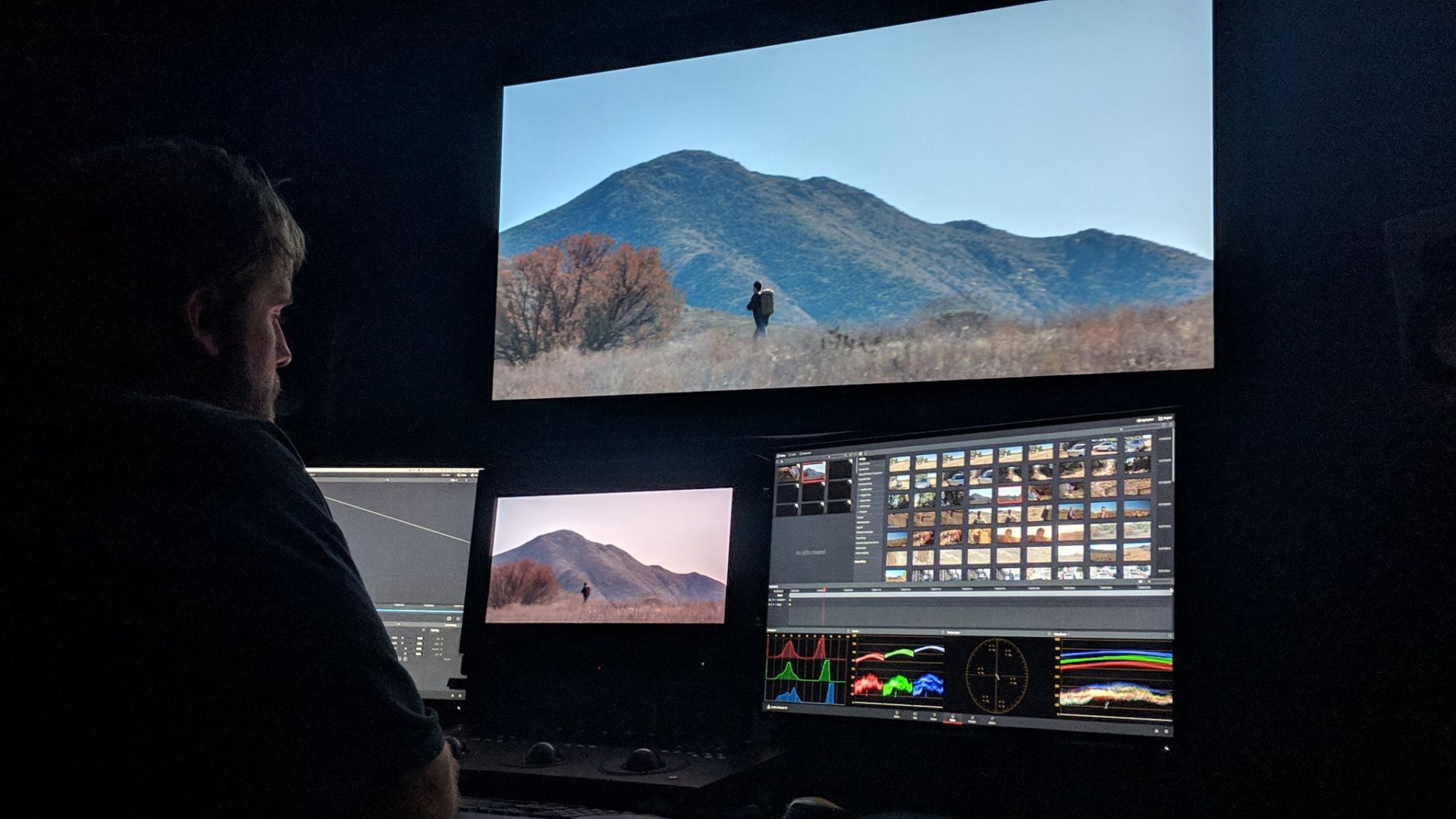 Alright, so let’s move onto what keeps you busy professionally?
As a Writer and Director, I’ve always been drawn to wondrous and dark concepts that I attribute to the fact that when I was 11 years old, I died in the hospital and experienced what some might call an intense, phantasmagorical fever dream. Ever since, I’ve had a surrealist perception of the world that I view through the lens of an Indo-Caribbean, first generation American. This fuels me with a unique perspective into each character, problem and story I write, not only as a BIPOC in America but someone who’s experienced such a life altering trauma that’s distinctively my own.

Where I am today, is drastically different from where I was 10 years ago, and where I’ll be 10 years from now. That speaks to my work ethic and ability to learn from every mistake and every failure, while appreciating the victories and steps forward with humility. A creative career is by no means easy, and perseverance, along with trusting yourself is the best way to climb those mountains. A lot of people measure their professional success against their peers, and that will only provide you with negative outcomes. I learned that the only person you’re competing with is yourself. It’s taken a long time to understand that but when you do, there’s a level of freedom that comes with it. You may not be where you want to be today, but there’s no reason you can’t get there.

There are alot of voices in the arts and entertainment world, and I think the more we enlighten ourselves, we can speak volumes to the masses. Artists have an obligation to challenge the status quo, and through each individual voice, we can do that. That’s my goal as a storyteller.

Let’s say your best friend was visiting the area and you wanted to show them the best time ever. Where would you take them? Give us a little itinerary – say it was a week long trip, where would you eat, drink, visit, hang out, etc.
Ooh! I like that! Los Angeles has so much to offer!

Gotta hit Ricky’s Fish Taco Truck, one of the best in the city. He’s got a great, simple menu but often will have limited specialty’s like a swordfish tacos or lobster tacos. Then wash it down with his homemade agua fresca, it’s amazing. While in the area, take a fun trip through Griffith Park with a stop at Observatory. And since I’m a huge film nerd, I will also point out all the spots Griffith was used for the Back To The Future trilogy. For a nice comfort food experience, I’d recommend grabbing breakfast at Home in Los Feliz. The Hollyhock House designed by Frank Lloyd Wright is a great piece of Los Angeles art and architectural history. Obviously there’s first time in LA must haves like Hollywood Blvd Walk of Fame, The Chinese Theater and all that super touristy stuff that I always suggest doing at least once since, hey it’s LA. But it’s not something I like to spend my energy on. Though, if you’re big into immersive Escape Rooms, the Escape Hotel checks a lot of boxes and they have a bar/lounge with some interesting drinks! If time permitting, catching a show at the Viper Room, Whiskey A-Go-Go or the Hollywood Palladium is also a fun LA experience. For some cocktails, the Roosevelt is a nice stop for some Hollywood flair, especially poolside.

I love taking a stroll up the Pacific Coast Highway, skipping the obvious tourist trap of Santa Monica and going straight to Zuma Beach or Point Dume. Those are the best beach experiences and usually not full of tourists trying to take instagram photos every where you turn. Broadstreet Company out in Malibu has become one of my new favorite spots for Lobster Rolls and other seafood delights. I recently took my sister there and we basically tried the entire menu. It was a fisherman’s feast and I would gladly do it again!

Buddha Belly is a great Thai Fusion spot at the Corporation Food Hall in Downtown LA. While in DTLA, gotta grab some Boba Tea and peruse the Grand Central Market or indulge in some macarons from Bottega Louie. Again, the film nerd in me comes out in DTLA and I’ll make a point to stop at the Bradbury Building or pass Fire Station 23. Definitely gotta make stop at Clifton’s, the MOCA and maybe grab some drinks at Villains.

There’s definitely quite a few things to do in the Valley, and I actually love taking people to show tapings to experience what it’s like to see a sitcom they watch filmed live. I usually will plan this months in advanced but it’s one of those magical hollywood experiences that I know they never forget. The historic Smokehouse in Burbank is an amazing spot if you’re a steak lover or if you love brunch, their sunday brunch is all you can eat buffet insanity! I love cruising through the mountains and up through Lake Hollywood off Barham to get a glimpse of the Hollywood Sign.

There’s definitely a bunch of stuff to do and a lot of food to eat. It takes a lifetime to experience it all! 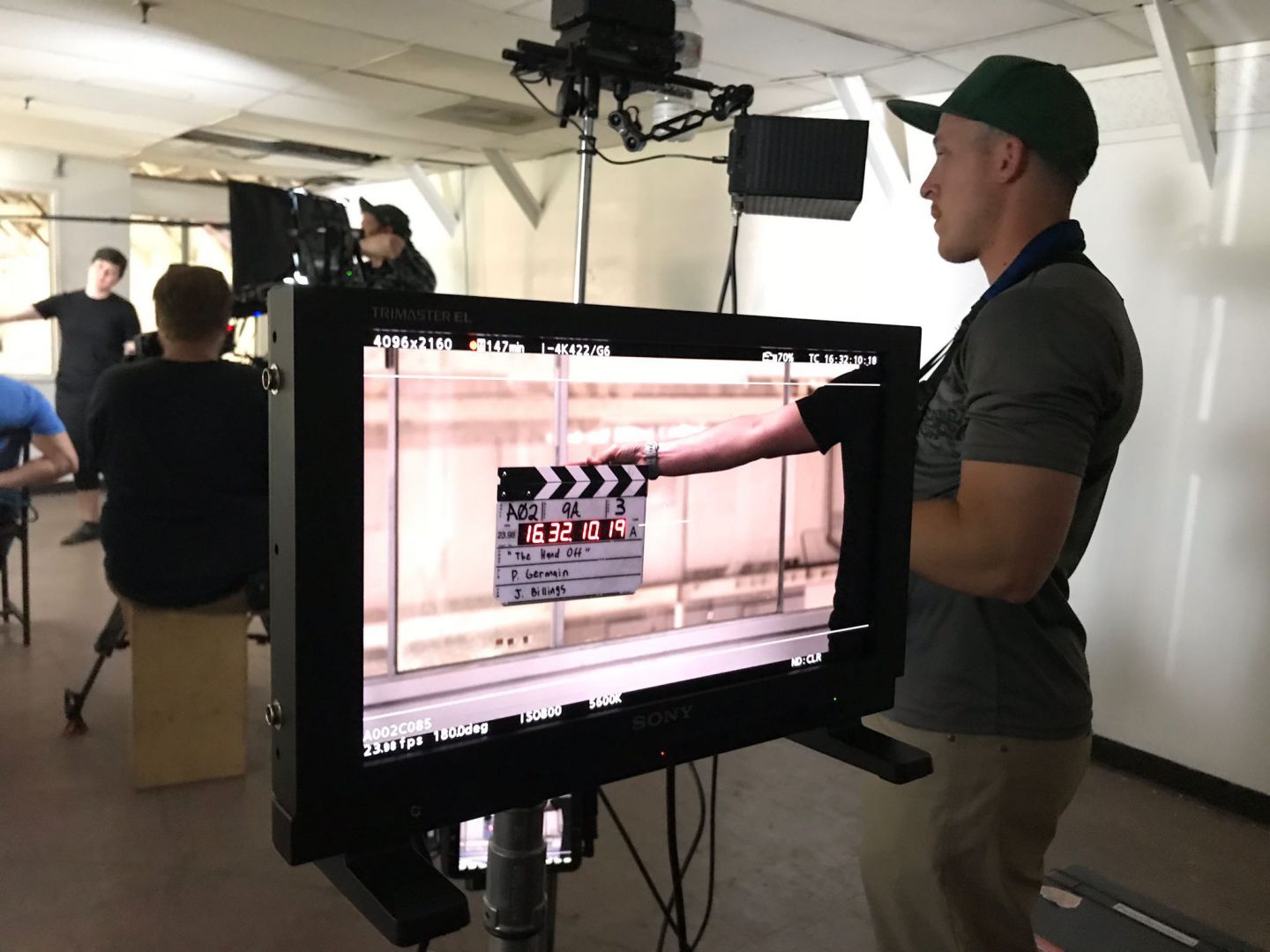 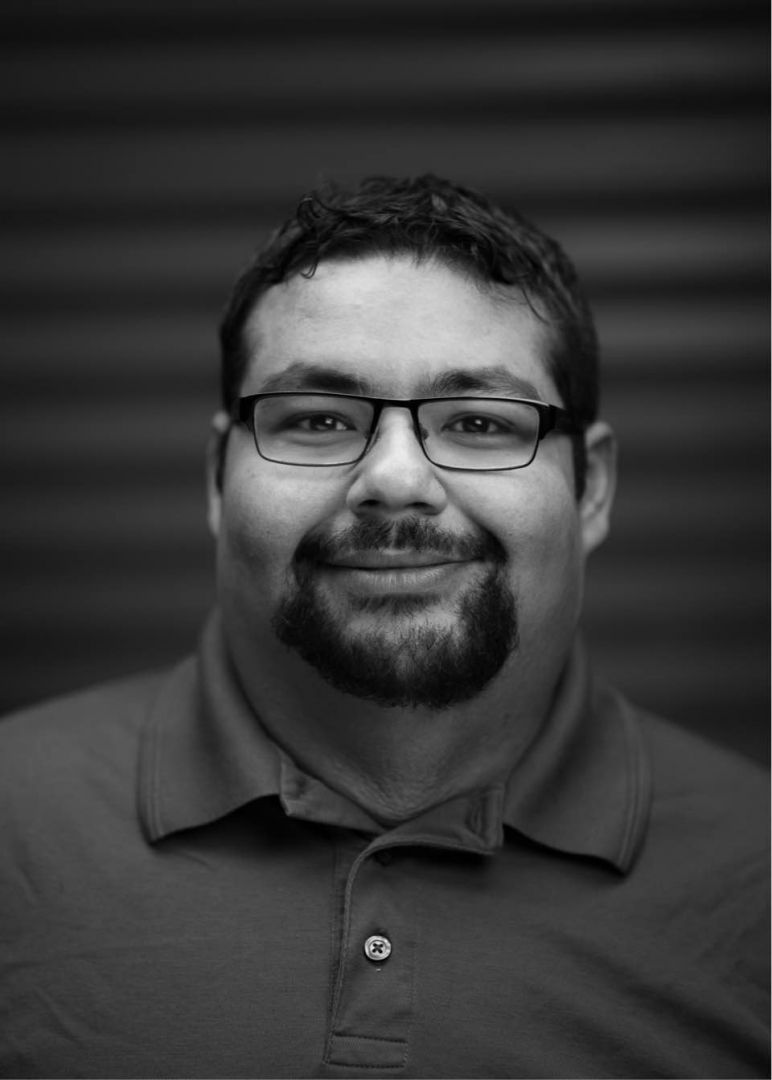 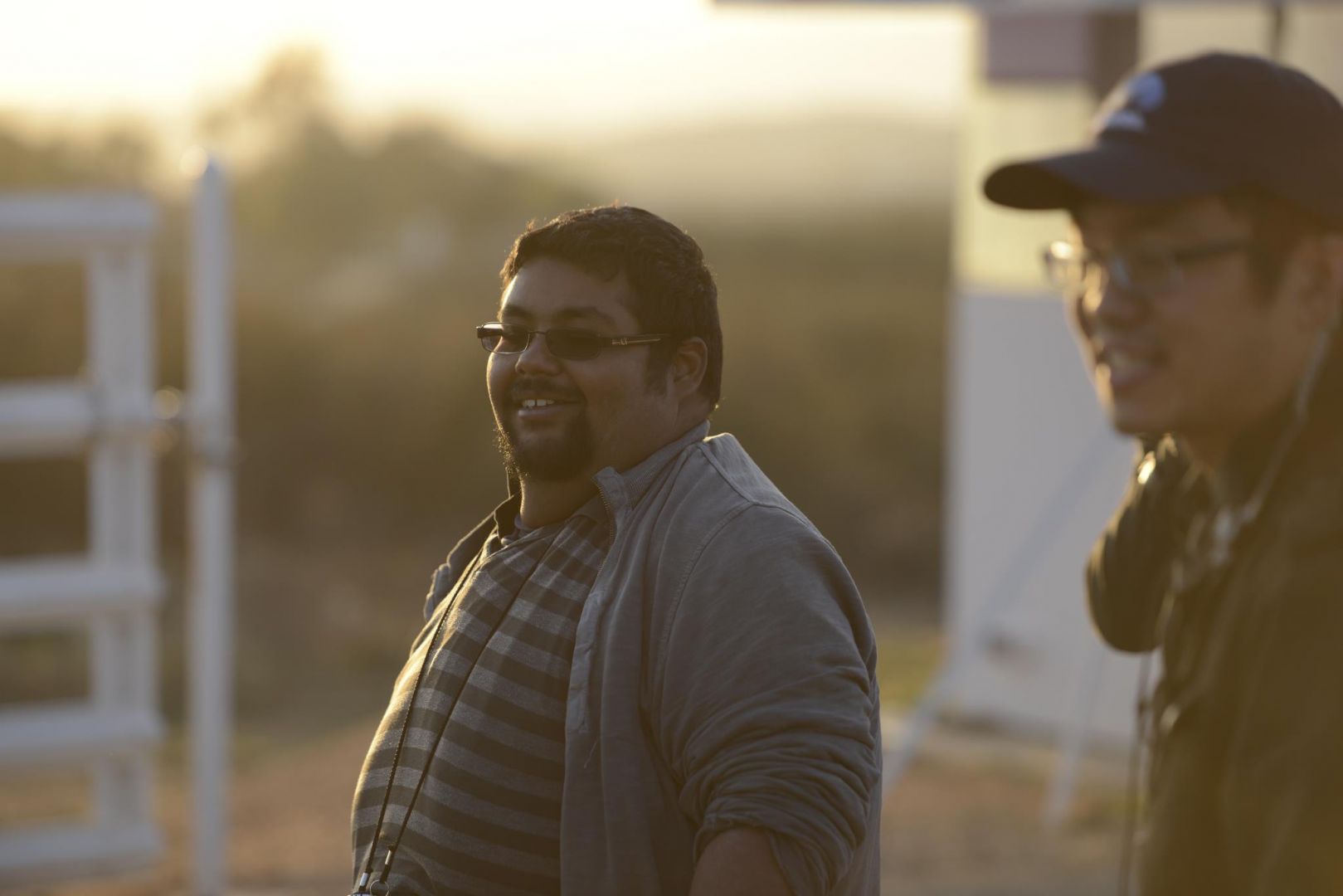 Shoutout is all about shouting out others who you feel deserve additional recognition and exposure. Who would you like to shoutout?
There’s definitely a few people that have been integral to different parts of my journey.

I’ve have two mentors that really championed for my creative endeavours; cinematographer George Nicholas and Writer/Director Nick Simon. I met George when I was a wide-eyed film student in NYC and through years of discussions in and outside of school as well as eventually working together, I learned more about the practical side of filmmaking than any theory class could. I look forward to hours long phone calls with him talking about craft and story. I met Nick while I was in graduate school at the American Film Institute. He was initially my alumni mentor and we really clicked over genre and previous filmmaking experiences. I hold a lot of the wisdom he’s shared with to heart on a daily basis. Whenever I have self doubt, both of these amazing filmmakers have been there to get me back on track. I really look up to them and celebrate each of their successes.

I don’t think I would have considered pursuing a creative career if it weren’t for the initial support from my Film / Theatre Arts teacher, as well as Drama Director in high school, Mr. Fox. He opened up a whole world of opportunity for me , if he knows this or not. He saw potential and pushed me to go for it. And thanks to him, I went for it.

I’ve been fortunate to have the love and support of my parents. They never once questioned my decision to go into a creative career. Even when it would have made sense to follow in the medical field like so many of my family members, they knew I was different and would strive doing my own thing. I’ve never asked how they felt about it, but maybe now I will!

Often times I’ve seen friends who’ve had to prove their worth to their families and friends. That’s tough, because you need a support system when you’re pursuing anything in the arts otherwise you can easily get overwhelmed with self-doubt. I’m definitely fortunate and grateful for the support of my family, friends and mentors.