We had the good fortune of connecting with Ray Holdridge and we’ve shared our conversation below.

Hi Ray, what inspires you?
I remember I wrote my first story when I was in 4th grade and I remember also being very upset when the teacher said that I had to put a two-page limit on it and that was the front and back of the page, I remember distinctly making the decision to. End the story early because of that limitation, when I already had a completely different ending, it was just more to the story. When I think about that, I realized that I’ve always just wanted to be a storyteller. And I’m super lucky to live in a country where I can actually make a living doing that, whether that’s in front of the camera or behind the mic or a lot of what I’m doing now, which is directing and producing projects.
What am I inspired by?
My inspiration comes from a lot of places, but specifically as of today. Everything I’ve done. Is a tribute to my best friend Kyle Allen, who passed away when we were just 24. In fact, the name Smoking Polar Bear is a nickname I gave him.

I specifically remember the date and time August 4th at 9:14 in the morning, my other friend Shane Cioni told me Kyle was gone.

You have to understand. This guy wasn’t just my biggest fan, he wasn’t just my best friend, he was my soul mate. He and I had supported each other through a lot of weird rough times growing up. And he would always say., “You know Ray when you make it big, I’m gonna be right there with you just hanging out.”. We made a lot of promises to each other, lots of goals, and so now I work very hard to keep those promises.

There are days where this industry can be extremely difficult and sometimes even soul crushing. I’ve had great days and I’ve had some really, really bad days when it comes to my career. But the thing that constantly keeps me pushing past that is the knowledge that I’ve already been through the worst possible thing I could imagine, and I survived. I chose to use that moment as a catalyst for my life and my goals as a storyteller, because I have promises to keep to Kyle. 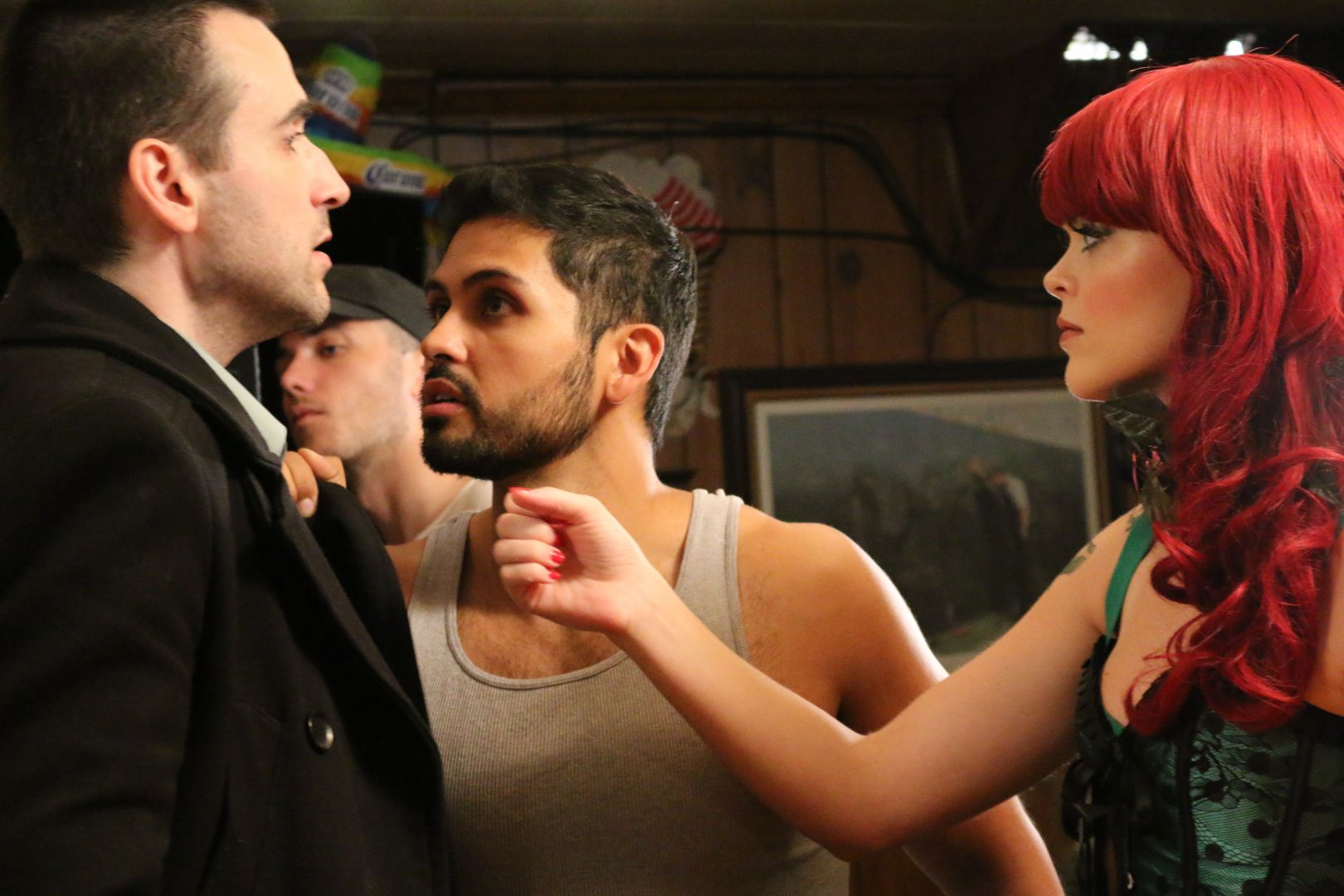 Let’s talk shop? Tell us more about your career, what can you share with our community?
So, my story takes a little bit of wild turn you know I think one of the great things about the entertainment industry is that to have a career in it you can come from a lot of different places because there are so many pathways into this world. In my case, I started by wanting to work in radio specifically sports radio I actually interned at 96.7 K Cal, power 106 CRN digital talk radio even ABC7 news for a little bit, but then what ended up really stealing my heart was voice over. I had always been a fan of animation ever since I was little and when I realized that I could actually portray some of these characters I really jumped at the chance to chase that dream, the thing that I always love about voice over is that you can really play any role if you’re skilled enough. I am a 6 foot brown shouldered ethnically mixed man and so visually that can be a limitation depending on the stories you’re trying to tell but in voiceover it does not matter what you look like what matters is your ability to create a character be that character and tell a story through that character.

But I think one of the biggest differences you’re gonna find with me versus some other people that you might be interviewing is that actually worked as an industrial electrician for six years. In fact, it wasn’t until this last January, January 2022 where I officially quit that line of work to go full time with voiceover and smoking polar bear productions. I’m really glad I experienced that because it’s actually been a huge benefit to me while I am working on set as a director or producer. My sets really try to focus on practicality and efficiency. I really think that when the production side is moving forward with that focus it makes storytelling that much easier. You trust people to do their jobs because they’re good at their jobs you don’t micromanage because if you’re doing your job as a director will producer or any part of the leadership team for a production, you should have all of your ducks in a row. I truly believe it starts at the top so as long as I am doing my job everyone should be having a great time on set. If there is ever an issue the first person I look to is myself and my process. Did I communicate properly? Did I utilize our time and resources effectively. Because at the end of the day filmmaking needs to be looked at as someone of a business if you’re wanting to make a living doing it.

When you’re working in LA, you end up working a lot of for jobs especially when you’re pursuing entertainment which of course yes I was one of those people working a lot of different odd jobs but the industrial electrician line of work was one of the best things to happen to me. Not only did I learn some amazing skills that today benefit me but I also learned just how appreciative I need to be when I’m able to make a living being on set or working behind a mic. The ability to make a living telling stories is not something that happens all around the world. Me and a lot of people hit the lottery being born in a first world country where that’s actually a viable option. It’s a luxury or at least I see it as a luxury and it is one that I am extremely thankful for so every project every audition every role I am a part of, I will always choose to produce the highest quality because it’s worth that kind of effort and attention. I just don’t wanna waste the opportunity. 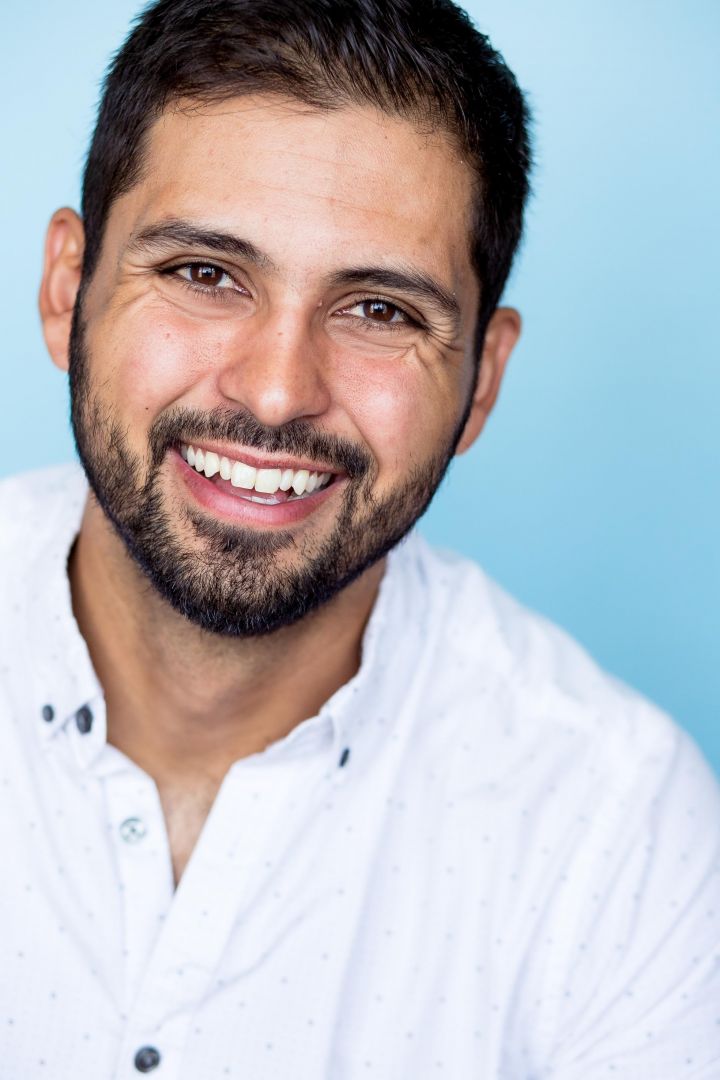 Let’s say your best friend was visiting the area and you wanted to show them the best time ever. Where would you take them? Give us a little itinerary – say it was a week long trip, where would you eat, drink, visit, hang out, etc.
You know the Getty museum in LA is pretty great, I’m a big history buff and I would take my best friend is probably into that as well. I would probably take this person to Santa Monica beach which I think is a beautiful place to just hang out and play volleyball if you wanna do that but I’m also big mountain person and it’s really cool that you know you have the LA mountain range just right behind us in a super quick drive which is great but I’m not a super big foodie but I do love great food so maybe we do that. I think most of all I would hope that if they were my best friend that we would just be able to sit and have some great coffee maybe in Burbank or in North Hollywood or Glendale, and just talk about movies and life and share some laughs. Then go drink Tequila at Nativo.

Shoutout is all about shouting out others who you feel deserve additional recognition and exposure. Who would you like to shoutout?
You know, this is going to be so tough, but I know that a few names come up off the top of my head.
I think, obviously, Kyle Allen is one being what I said about him already of course, I would never be here without the support of my family. My mom and my dad, my pops having just passed, both were so unbelievably supportive when I initially started even talking about getting into entertainment. Because no one in my family was doing that. No one.

In terms of business itself? One of my best friends, Jon Orozco, has been such an epic support and well of knowledge. Learning how to put together contracts, bids, negotiations, all these things that you need to actually run a business. I owe a lot to him for that.

Veronica Smith is also another person, she is an amazingly talented DP and worked with me on my third short film, The Letter. She is another person who I am constantly speaking to about film equipment and what I should invest in next and how to schedule shoots and any type of production questions I have or behind the scenes questions, she has been really great in helping me grow as a filmmaker.

And really, Krystal Beyer, she was my partner for 6 years, she’s an amazing actress and someone else who really supported me when I first decided to make Smoking Polar Bear Productions a reality. I think I’d be in a different place without her.