We had the good fortune of connecting with rich Sandomeno and we’ve shared our conversation below.

Hi rich, where are your from? We’d love to hear about how your background has played a role in who you are today?
My name is Rich Sandomeno, the man behind Spragwerks. I’m from an urban/suburban area of Northeastern New Jersey.. in a town called Elmwood Park. Both sides of my family migrated to the United States from Italy around 1905-1912. My father, grandfather, and great grandfather were all mechanics of sorts, my great & grandfather were tool & die machinists, and my father an auto/heavy machinery mechanic. My other grandfather was an Italian pastry baker. Working with my hands is something that I believe is coded in my DNA, and the curiosity of understanding how things worked was encouraged by watching the men in my family repair and build things, and the women cook amazing homemade food. Early in my life we lived with my parents’ family.. There I could be found either in the basement helping my grandfather repair something, or in the kitchen helping my grandmother making something delicious.

​The area of New Jersey I’m from is pretty unique in the sense that it is very industrial, and very close to nature. for as long as i can remember i was mesmerized by the old factories, bridges, and buildings. My family wasn’t very cultured in the way of art , we were taken to the natural history museum in NYC but that was about it. What was lacking in art and music was compensated by being taken out into nature.. hiking, fishing, camping, & later being taught to hunt. I found that I was equally inspired and mesmerized by what was lurking in trees, caves, and under rocks.
I have been drawing and making things for as long as I could remember.. obsessed with matchbox cars and bugs.. under every rock was the possibility to find a treasure, my head was always in the clouds & dreaming of hidden treasures , cars, motorcycles, and things to make! ​Funny I’m already 50 and I’m pretty much the same.. day dreaming of adventures , hotrods, and making things.

Art has always been an escape for me. Even though I was inadvertently being taught to work hard, and the importance to be independent, and self sustaining, and most important learn a trade. I had always felt like an outsider that I never really fit into that mold. Even though I loved to draw, it’s something I kept to myself, and very reluctant to show my work to anyone out of fear of not being good enough. The combination of the fear of not being good enough and the feeling of not fitting in has been something that has dogged me for as long as I could remember.. It’s taken me quite some time to find my place in this crazy world we live in!

I attended a Vocational High School.. Bergen County Vo/Tech. Here I learned auto mechanics, and welding, as well as a variety of other bits and pieces of trades. Still drawing and focusing my creative energy in cars, and motorcycles.. After graduation I attended a tech college where I learned the trade of heavy duty diesel mechanics. The entire time working various jobs as a mechanic, and eventually landed a union job working for Atlantic Detroit Diesel. This job was amazing, the pay and benefits were spectacular. I ultimately was groomed to specialize in Heavy Duty Marine diesel mechanics, and worked on vessels from 100’ multi million dollar yachts to ferry’s & tug boats.

So there i was, early barley 20, a well paying union job, great benefits.. It was a “forever job” . one would think that i should have been satisfied with where i ended up.. Somewhere along the way I was turned on to various subculture scenes.. Art , motorcycle, music, tattoos…
The notion of working a square job for the rest of my life started to gnaw at me.. The feeling of not fitting in started to change shape, and manifest in a way that I understood. I had a strong urge to live a creative existence. In the early 90’s i used to hang around a tattoo shop, it was the proprietor of the tattoo shop that encouraged me to explore these “creative” urges. Taking his advice I started to take night classes at SVA in Manhattan. First it was drawing, then airbrushing, and eventually jewelry making. From the first class I was hooked, it encapsulated aspects of my trade. I continued to take classes for many years.. Always taking what i learned in class then refining what i learned in one of my many makeshift studios. Ultimately It’s been a way to experiment with textures, to mimic both the industrial and natural surroundings of my youth.. A way to express myself through a physical art form. Friends started to be interested in the jewelry I was making, from there it went to friends of friends… I started setting up to sell my wares at tattoo conventions, craft fairs, street corners in NYC. Along the way I met like minded folks, people who were supporting themselves doing what they loved..

From slinging my goods around I had been building a creative momentum. somehow i mustered the courage and took a HUGE leap of faith.. In 2002 I sold the condo I had purchased(in 1998) and moved to Greenpoint Brooklyn. I took the money I made from selling that condo and invested it in myself. Spragwerks was officially started in 2002. For me it was crucial to be immersed into the world that I had found myself being involved in. Being shoulder to shoulder in a highly creative environment shifted so many things for me. From doing tattoo conventions and street/ craft fairs, stores started to express interest in the jewelry I was making. The next evolution was trade shows, from 2004 to 2010 wholesale sales was the primary source of income for Spragwerks.
I want to express that by no means was any of this easy.. In the beginning there were lots of ramen noodle dinners. There were many side hustles to keep the money flowing, and Always wrestling with the feelings of not being good enough or not fitting in has been a challenge. Being taught techniques through spiritual mentors to step over, and look beyond the nonsense my mind is telling me. Meditation and living a healthy lifestyle has played a crucial role in overcoming my personal demons.

In 2006 I moved to Los Angeles , and got involved with a similar community here was monumental.. Staying in the center of the herd has served me well. Hard work does pay off, just not always in the way you think it will. More than luck, or being in the right place or the right time asking questions and saying YES has been the thing that has literally changed my creative life. Taking the opportunities that come my way and letting the outcome of those experiences dictate my next move.

The recession of 2008 really took a toll on wholesale businesses, and by 2010 mine flat lined.
Around this time I was fortunate to have been working part time as a studio assistant for a well established artist. Having a secondary way to earn money gave me some wiggle room and instead of giving up I chose to hunker down, and reinvent Spragwerks.
It was very important to not give up, to remain positive and focus on what I wanted.. What I wanted for Spragwerks was to be a multifaceted business, something that encapsulated my fabrication skills, my bewilderment of nature and industrial surroundings, my working class upbringing, and strong sense of family and community. Spragwerks uses these concepts and skills to make things for the world around me.. This has manifested into a thriving custom jewelry/ accessories business, using those welding skills to build a metal and art fabrication clientele, sharing my skills and experience with interns, as well as teaching a class or two.

It’s really a trip to see how it all comes full circle, how some of the things I fought so hard against are the very things that make me good at what I do.. It’s not my nature to look too far into the future, it’s been a challenge to not keep my nose to the grindstone and work all the time… instead maintaining a discipline to keep my vision and focus somewhere in between the two, to still be mesmerized and curious by the world around me.. To forever look under rocks , and down alleyways for that next piece of inspiration or treasure.. To never stop learning or asking questions.. To work and play equally as hard.. To always treat nature and this world with love and understanding, and most importantly to share it all- 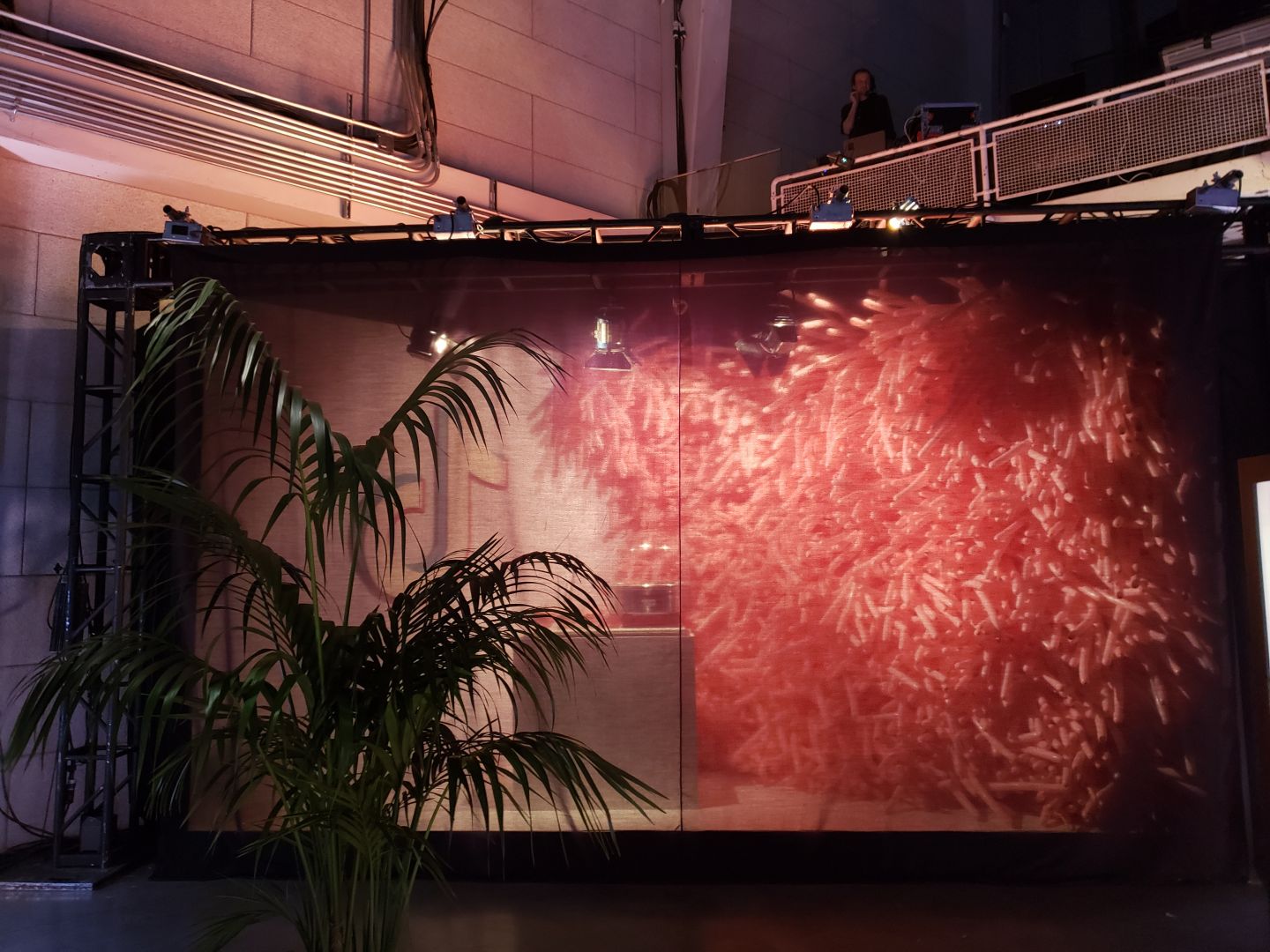 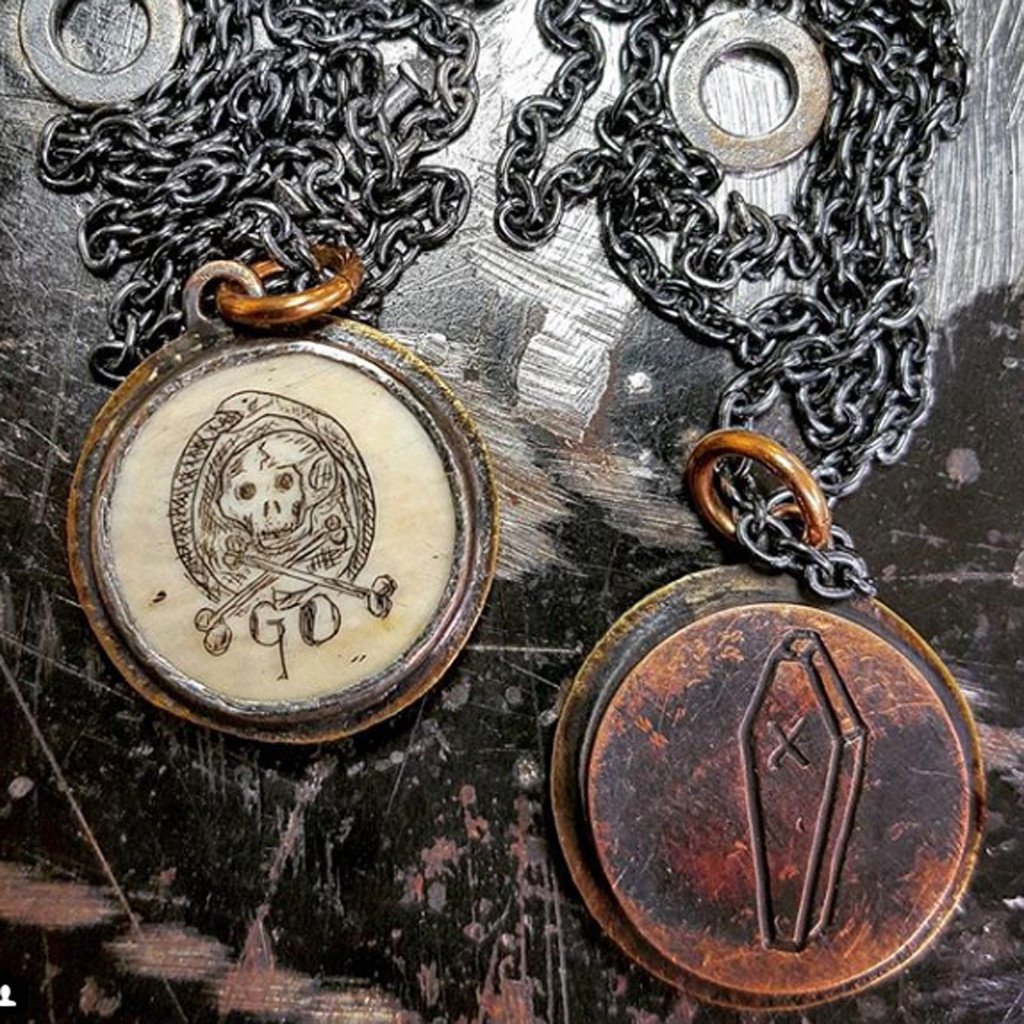 Alright, so let’s move onto what keeps you busy professionally?
Spragwerks explores the tense intersection between the industrial and organic.. particularly the consumption of one by the other. it may take a while to figure it out, but it’s crucial to be true to yourself, and to play nicely with others! 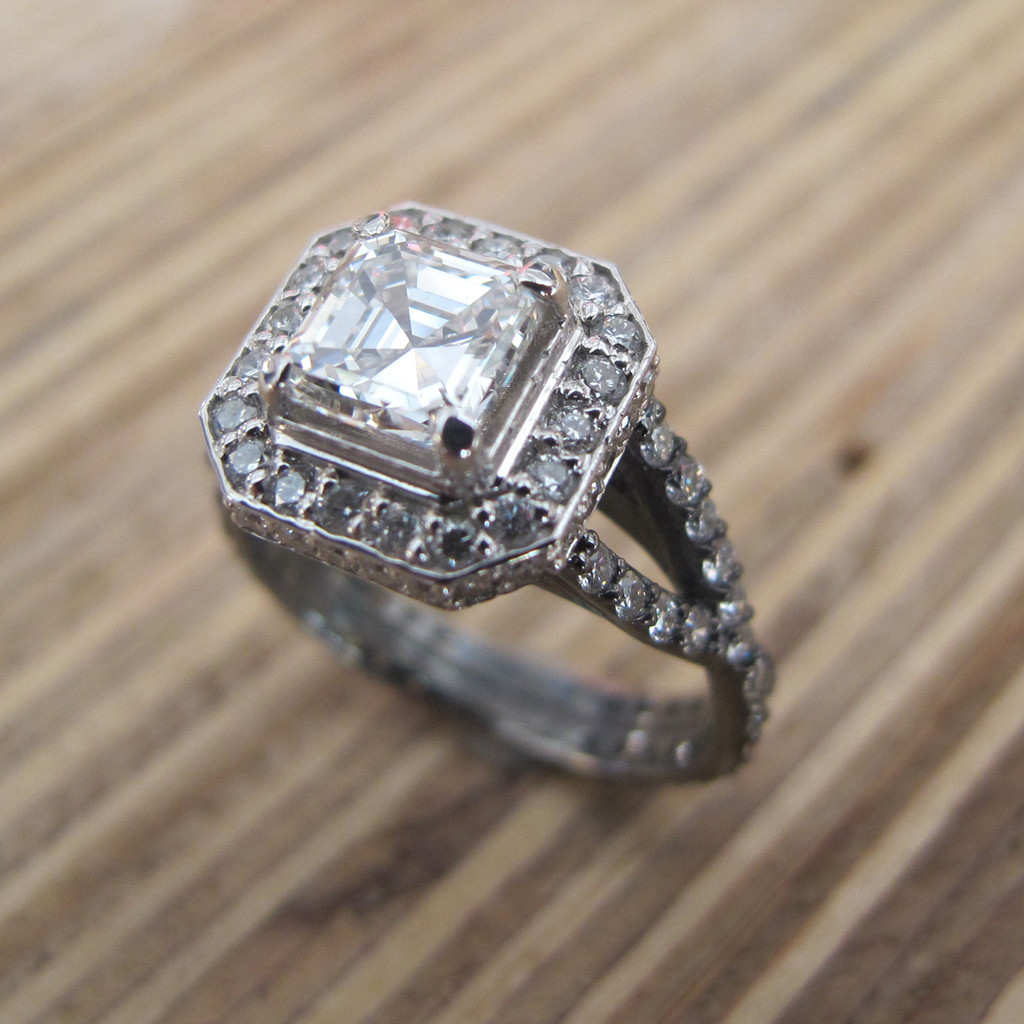 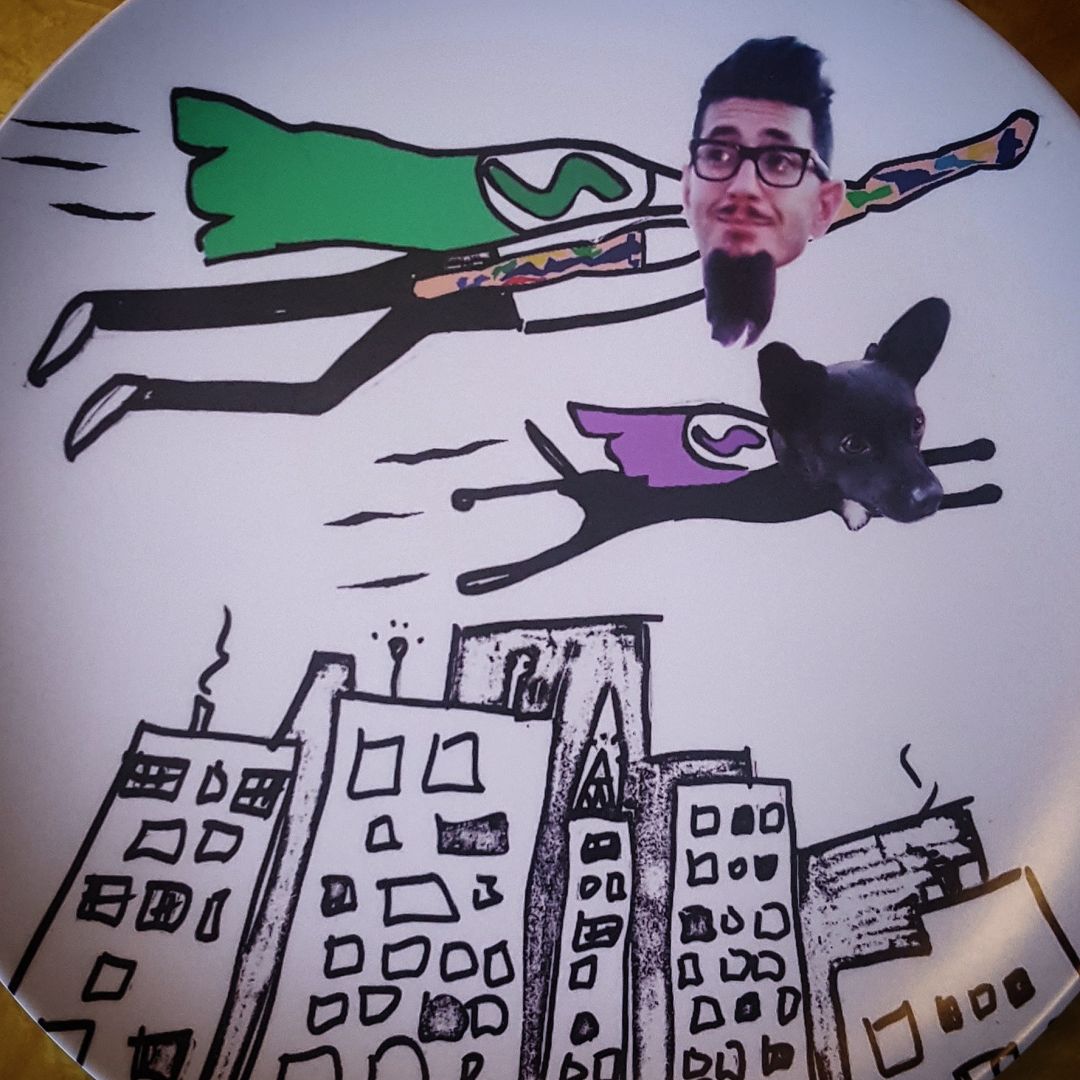 Any places to eat or things to do that you can share with our readers? If they have a friend visiting town, what are some spots they could take them to?
I always give anyone visiting a tour of skid row… it seems like a crazy thing to do, but it really puts it all into perspective.

We’re home bodies really, and have created quite the shangri la at our home in East L.A… a food tour through San Gabriel, Little Tokyo, our favorite taco carts…

Hiking up in Angeles Forest… trips to the beach , perhaps some surfing…

Breakfast runs in my 1931 hot rod with my car club…

if it’s the last saturday of the month take them to go see a Almighty Opp show!

No trip to L.A. is complete without a visit to Hollywood, and pretend to be tourists.. go see a movie at the Cinedome.. 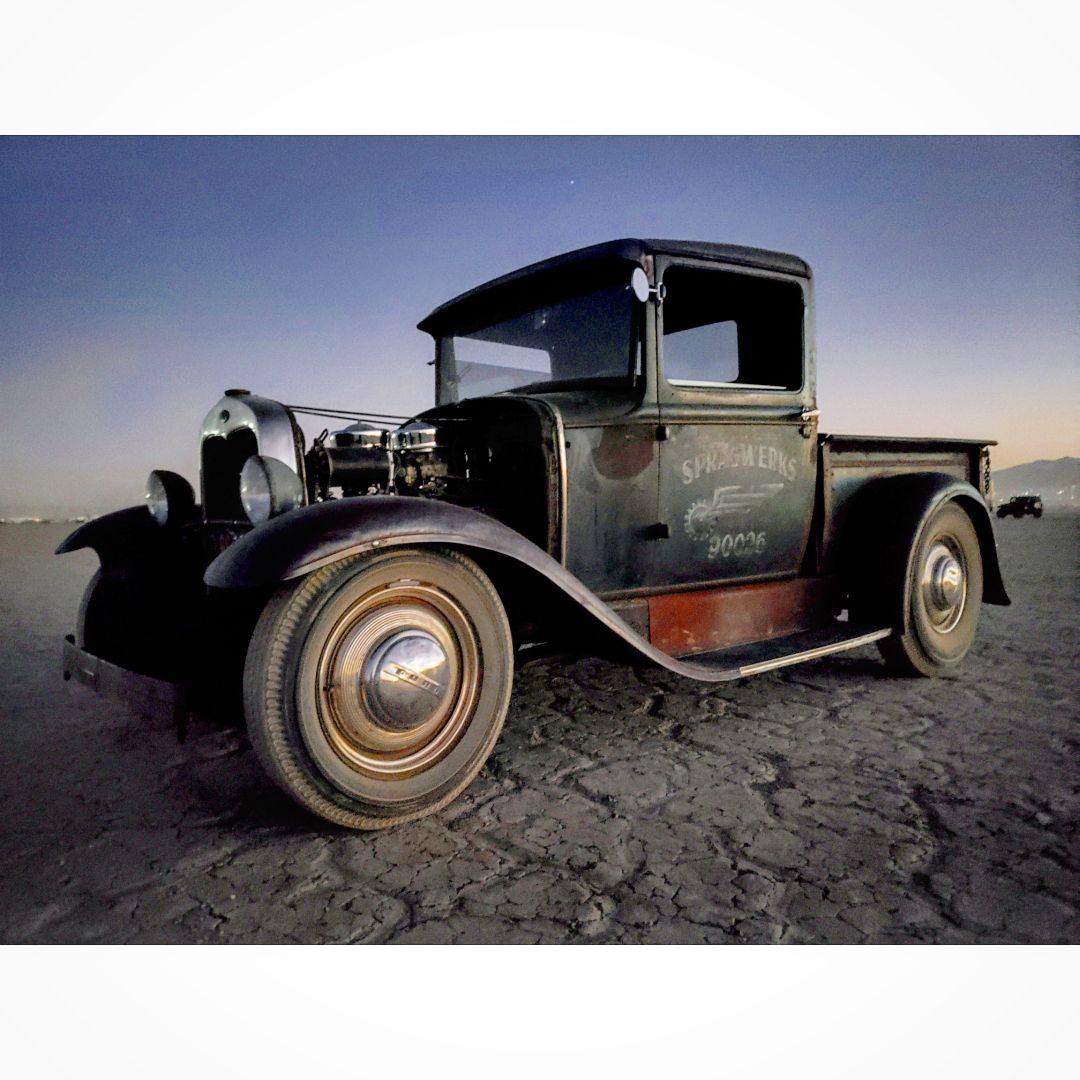 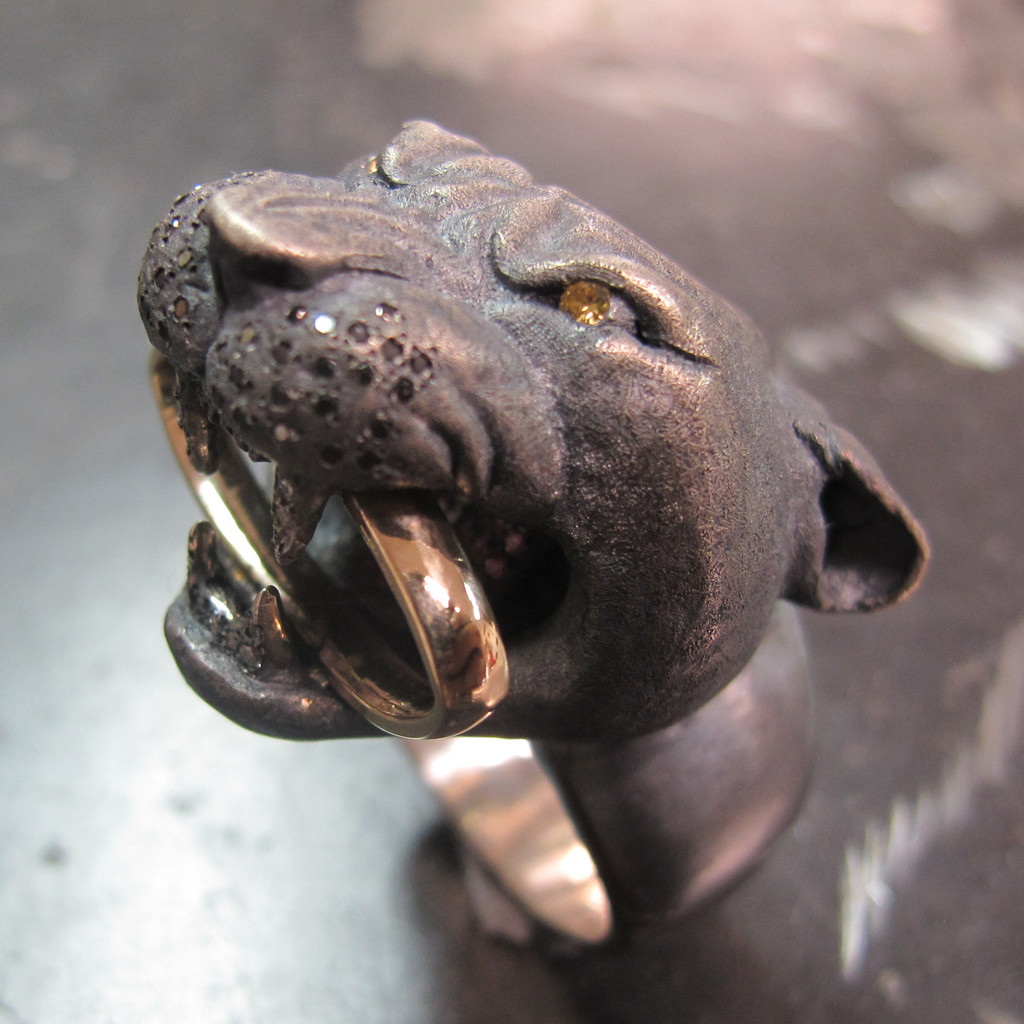 Who else deserves some credit and recognition?
Alan Watts lecture series.. Joe Frank’s monologues, and stories. Shotsie Gorman for letting set up and sell my jewelry in his tattoo shop.
For trudging all over the country with Scott Machens to sell our goods.
My parents for always being supportive, and my grandparents for just being there.

for all the folks out there who dig what i make! 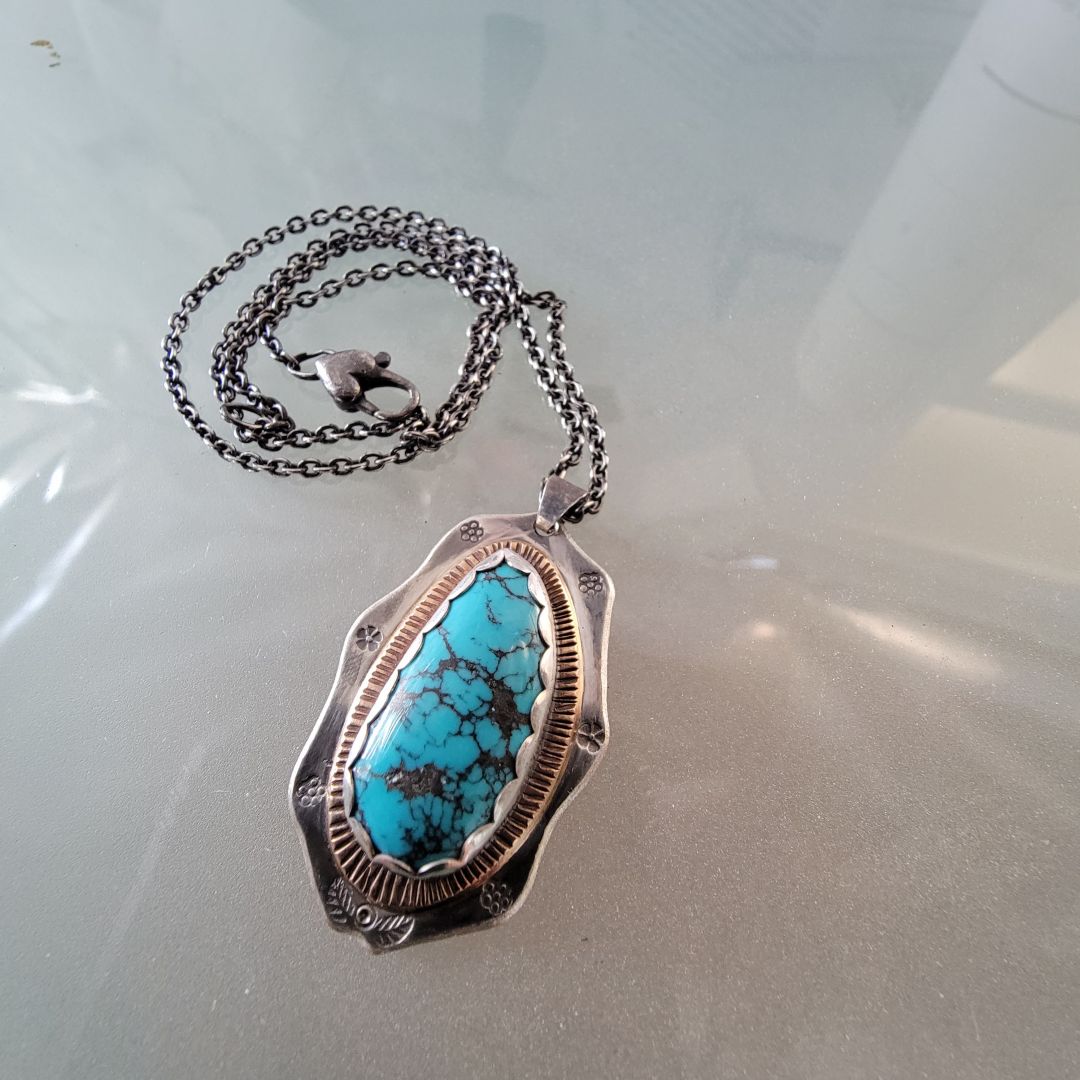 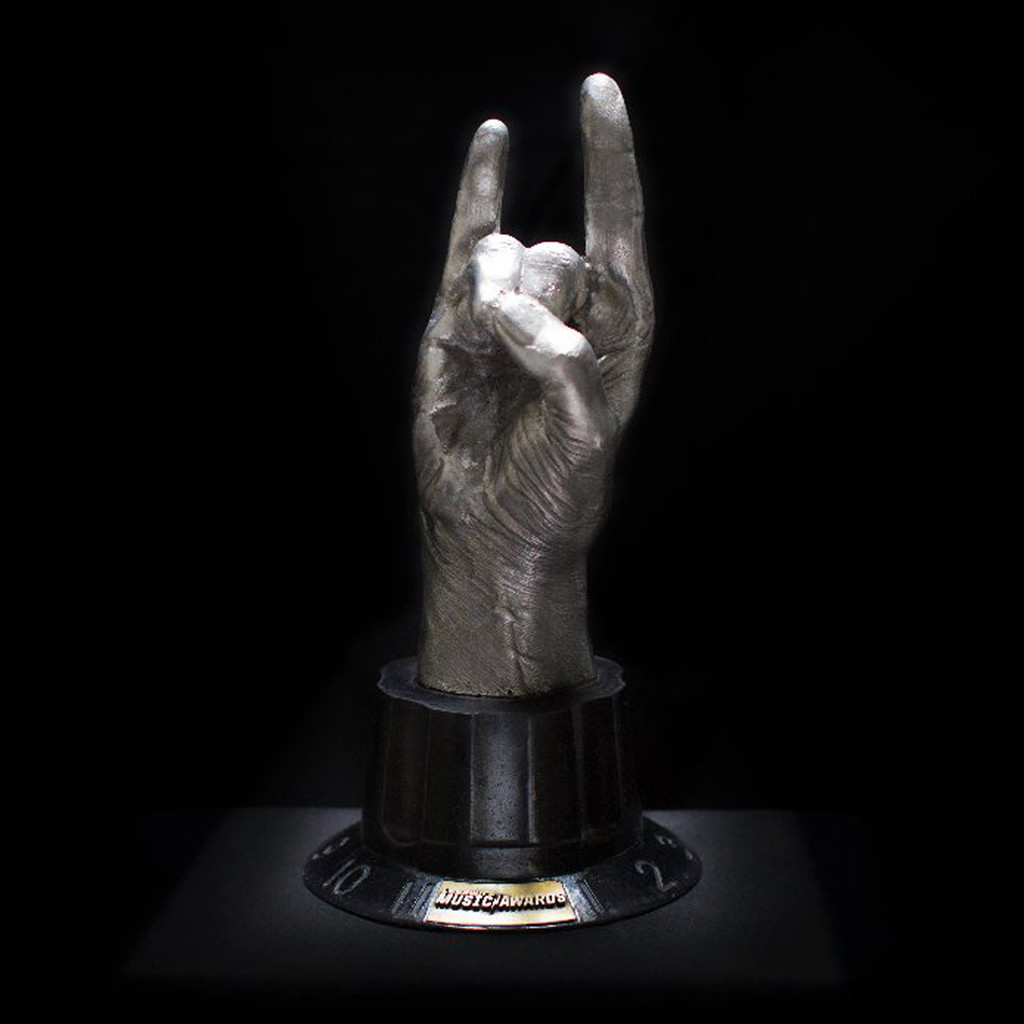