We had the good fortune of connecting with Rick Lundgren and we’ve shared our conversation below.

Hi Rick, what inspires you?
I think what inspires me the most is being told “No” or “You can’t do that”. We also have numerous opportunities that are ours for the taking. We also live in a day and age where we can not only do things cheaply, but we can do them well. In this industry, wether it’s acting or writing, producing or doing whatever it is we want to do to express ourselves creatively, we are told “No” a lot. “No, you’re not right for this role.” “No, we don’t want to rep you right now.” “No, nobody is interested in that subject right now.” No is just an excuse for somebody who doesn’t want to take a chance. So when I hear “no”, I say “watch this”. I’ll go to this agent over here. I’ll produce this on my own. I’ll submit to THIS festival instead.’ It may not always bring the immediate success you want, but it creates another avenue and gives you a different answer. The world is full of stories about people who refused to listen to the critics and people who set out to defy the odds. That’s what inspires me. The more I’m told no, the more it revs me up. It doesn’t always make things easy – but it also doesn’t hold you back from doing the things you want to do. Do it anyway. Make it anyway. Don’t give up on it if you TRULY believe in it. Make it the nest you can and don’t let anything stop you. 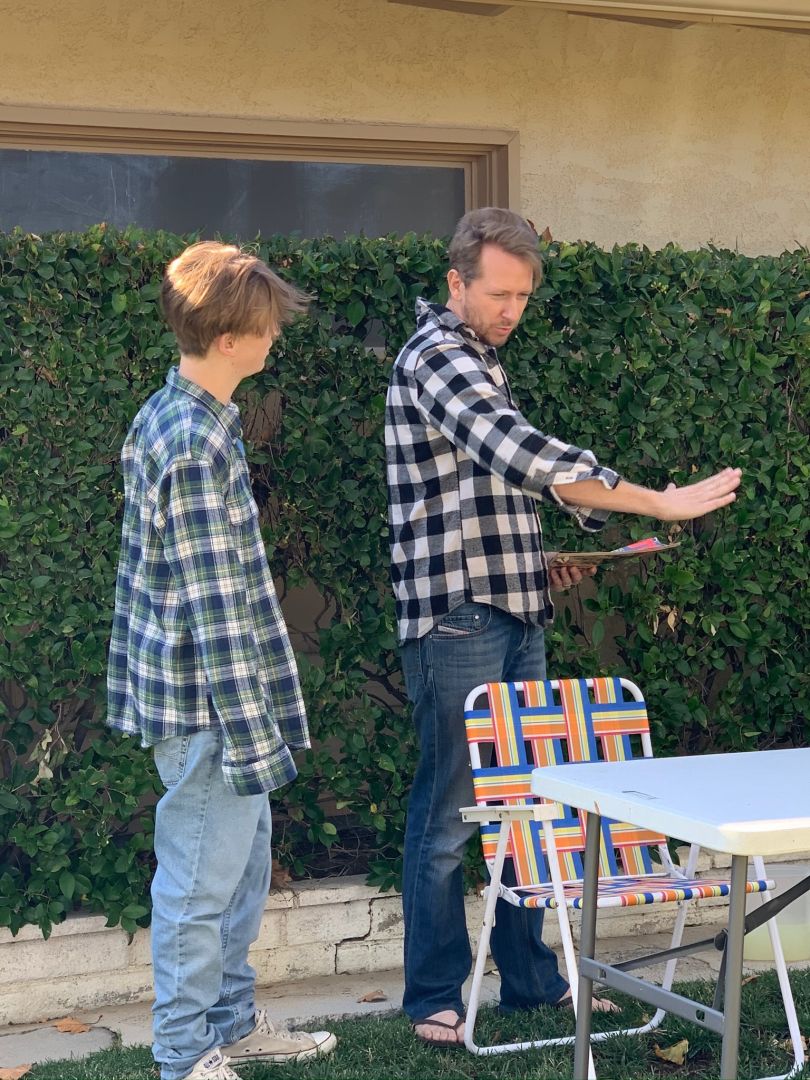 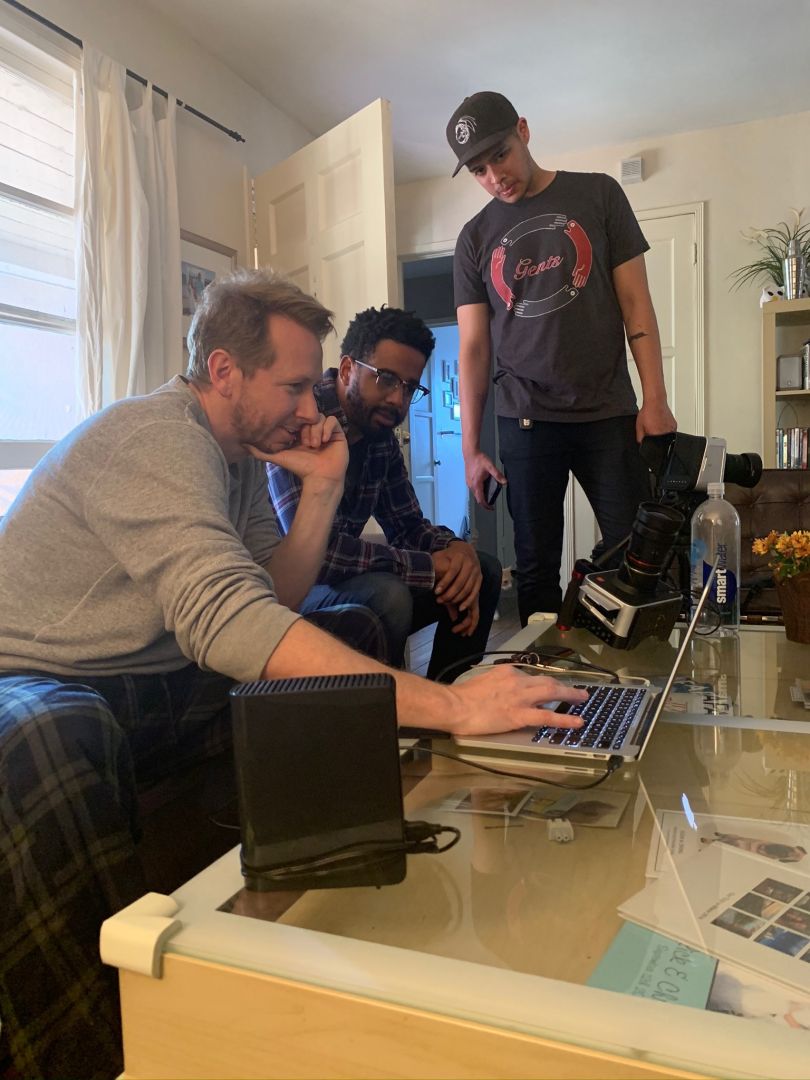 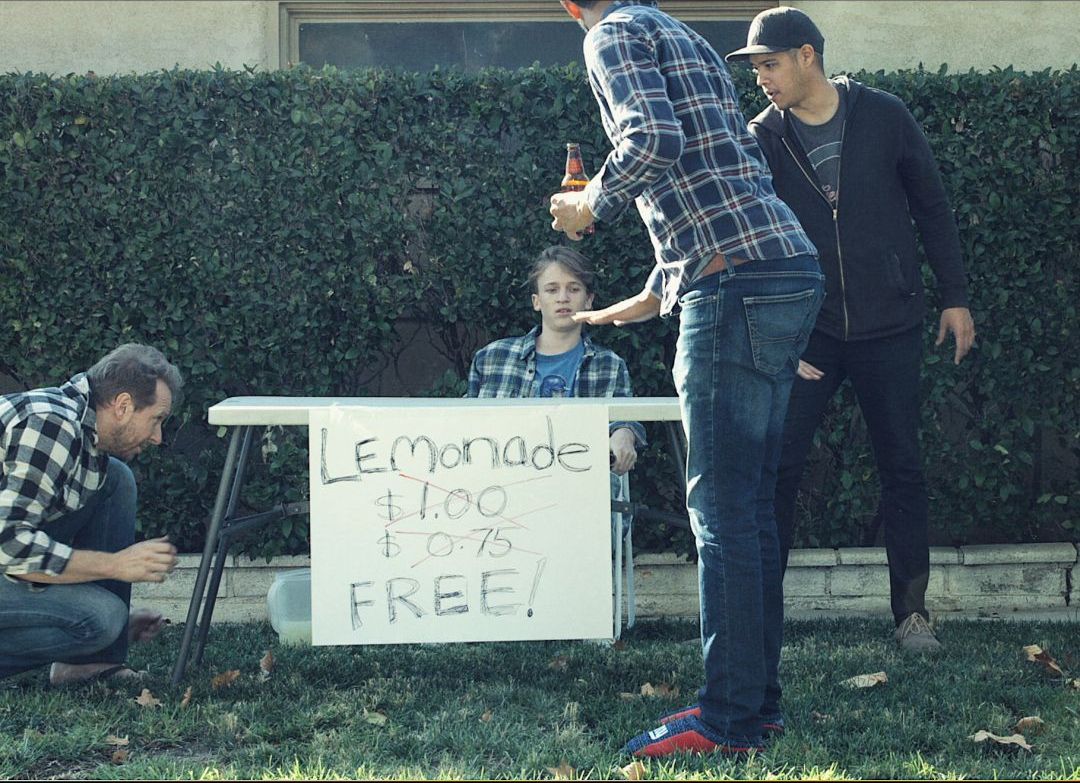 Alright, so let’s move onto what keeps you busy professionally?
I’ve been on both coasts pursuing acting since, wow, the late 90’s. (gulp) Waiting for jobs can be a drag, and it can wear on you. When I moved to Los Angeles, I found myself surrounded by people who were eager to work, create and collaborate. We’ve covered everything from web series, to a successful YouTube channel, independent films and completing a pilot to a tv show that has climbed the ranks from paper, to production, to working with a distribution company to get it sold. I have a fearless production team who doesn’t know what the word “no” means, and we have not let anything stop us from completing a project we have set out to do. It’s been quite the journey to get here. What I’ve learned is that you can’t do everything alone, but you can’t always count on everyone either. Finding a group of people who are just as passionate as you are is key. I have been very lucky to find those people in my life. The biggest challenges haven’t been with creating a product you’re proud of. It’s getting it in front of people. That could be anything: You as an actor, or a writer. A finished film. A script. The lesson I’ve learned is to just keep moving forward. Don’t let people stop you. There always seems to be another road to take. I’ve had plenty of “no’s” turn into “yes’s” simply by trying a different alternative. Working with a distribution company to sell our pilot came about from having people tell me “no”, but me not listening to them and trying something new. To me that’s exciting. What happens next with it? I don’t know – but at least I got to a position where I can find out! 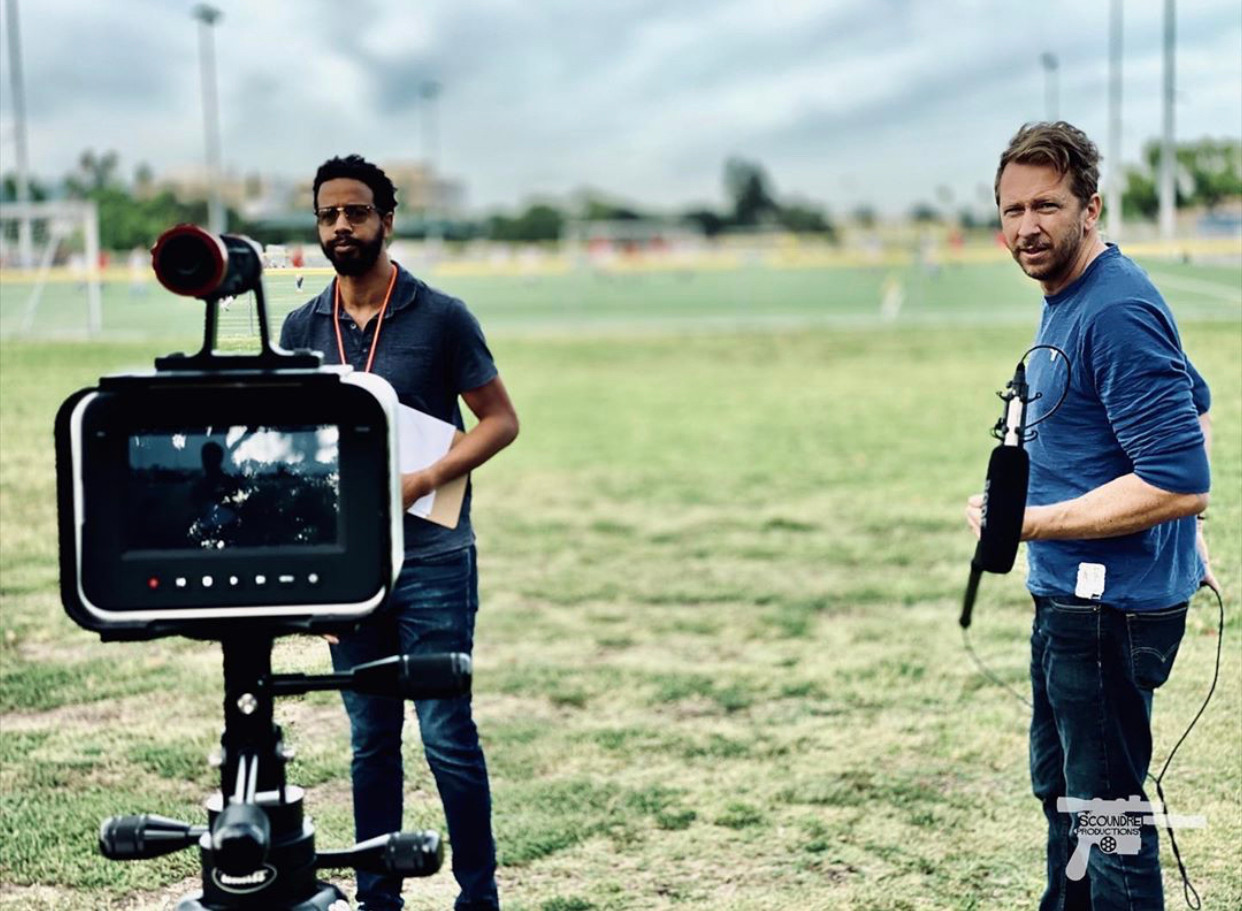 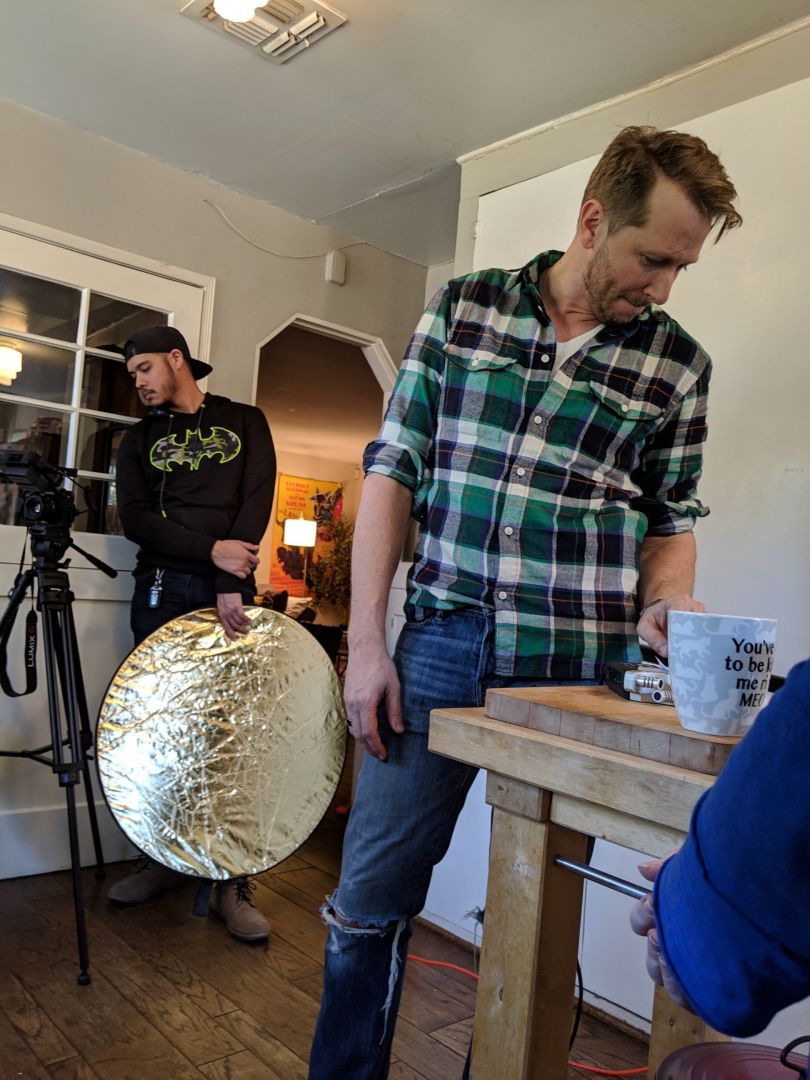 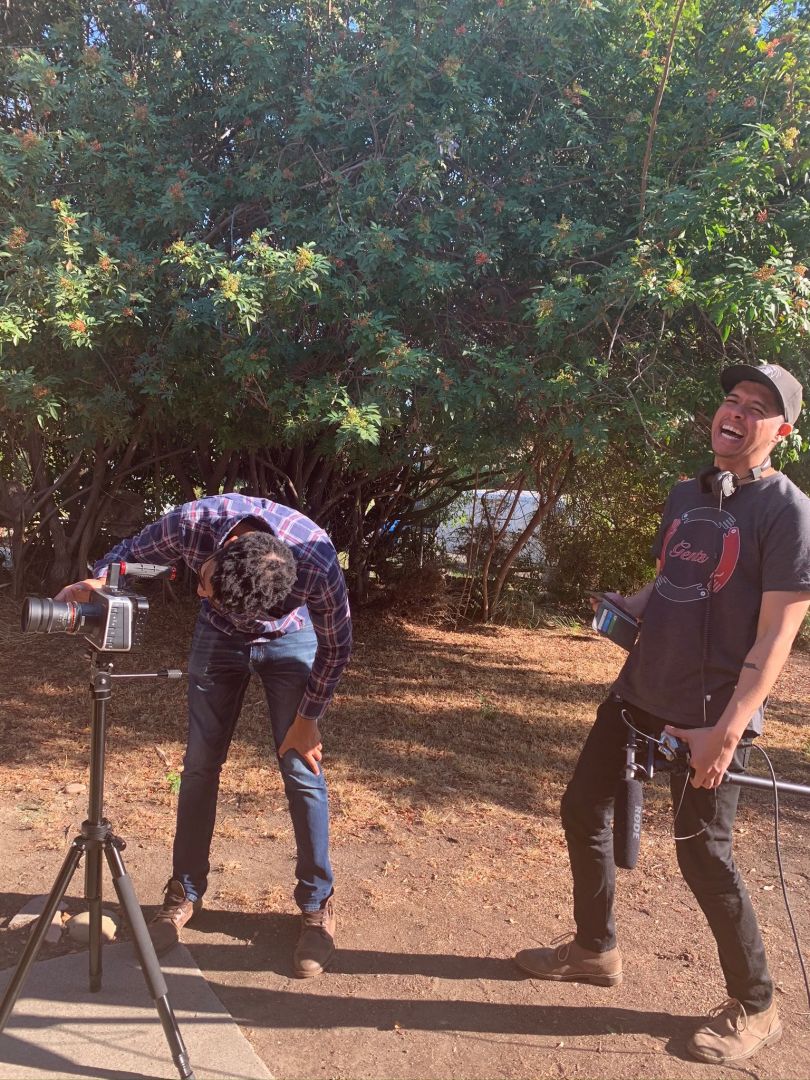 Let’s say your best friend was visiting the area and you wanted to show them the best time ever. Where would you take them? Give us a little itinerary – say it was a week long trip, where would you eat, drink, visit, hang out, etc.
I would take them to my favorite dive bar in the valley – The Oaks Tavern. That’s a start. Friendliest bar in Los Angeles. We’d hit the par 3 Golf Course in Los Feliz. Head down to South Bay Sailing charters near Hermosa with a cooler full of drinks and food and head out on the Pacific for a sail. Is it summer? (and no pandemic?!) Gotta hit up the Hollywood Forever Cemetery for a flick – hopefully a comedy from the 80’s. Sportmen’s Lodge for pool and patio bar. Then – I guess we’d have to burn off all those calories and hike Fryman. 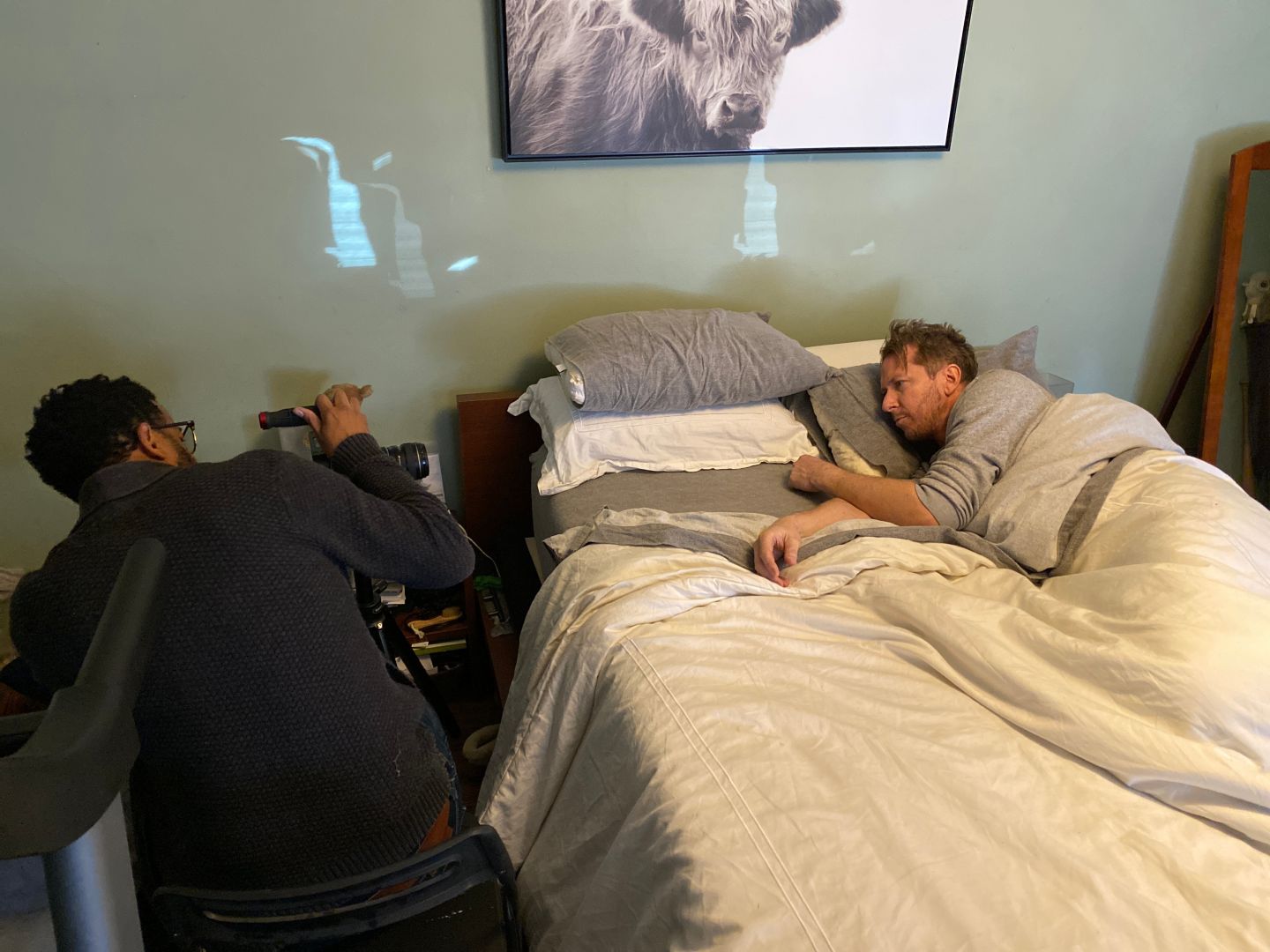 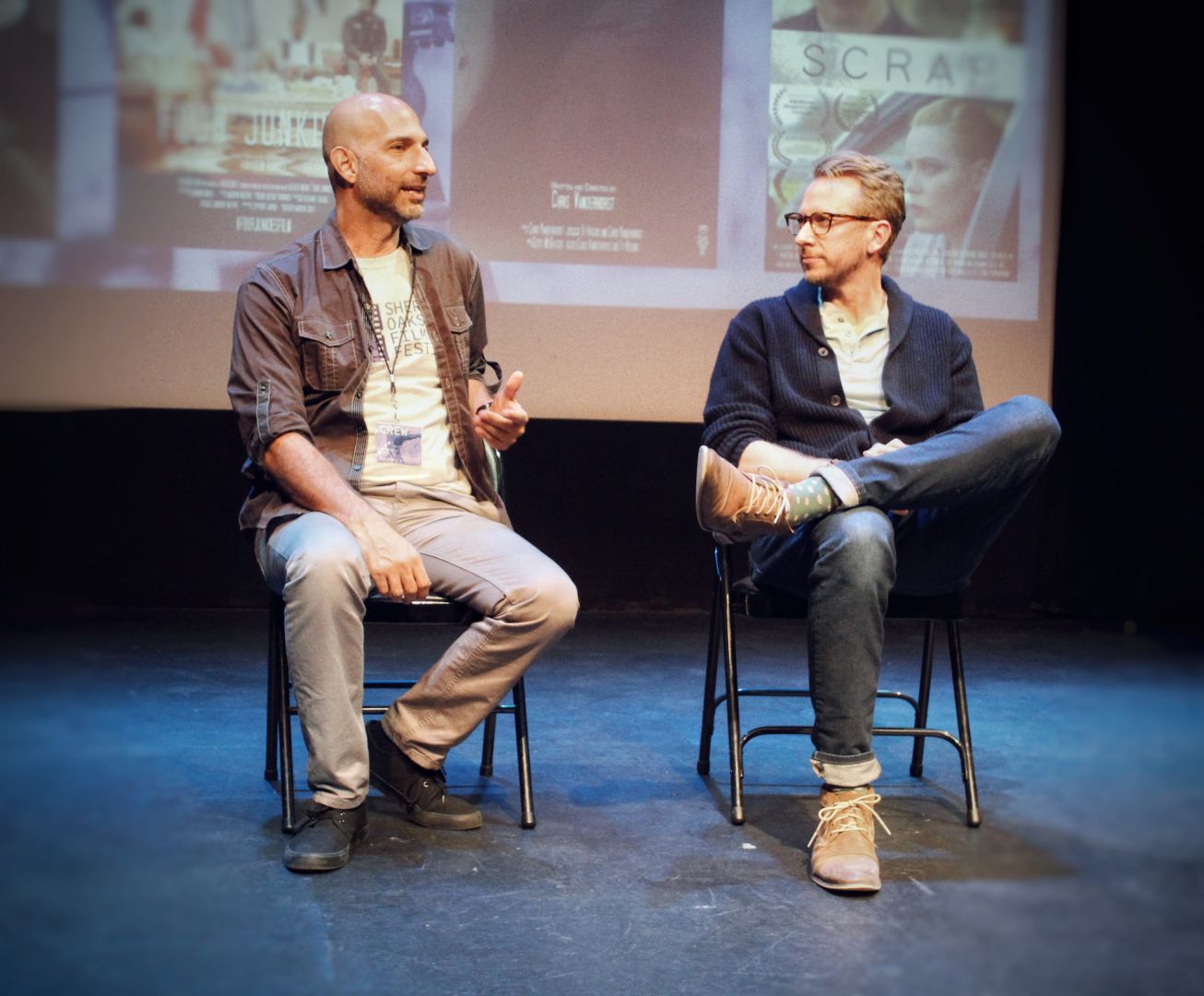 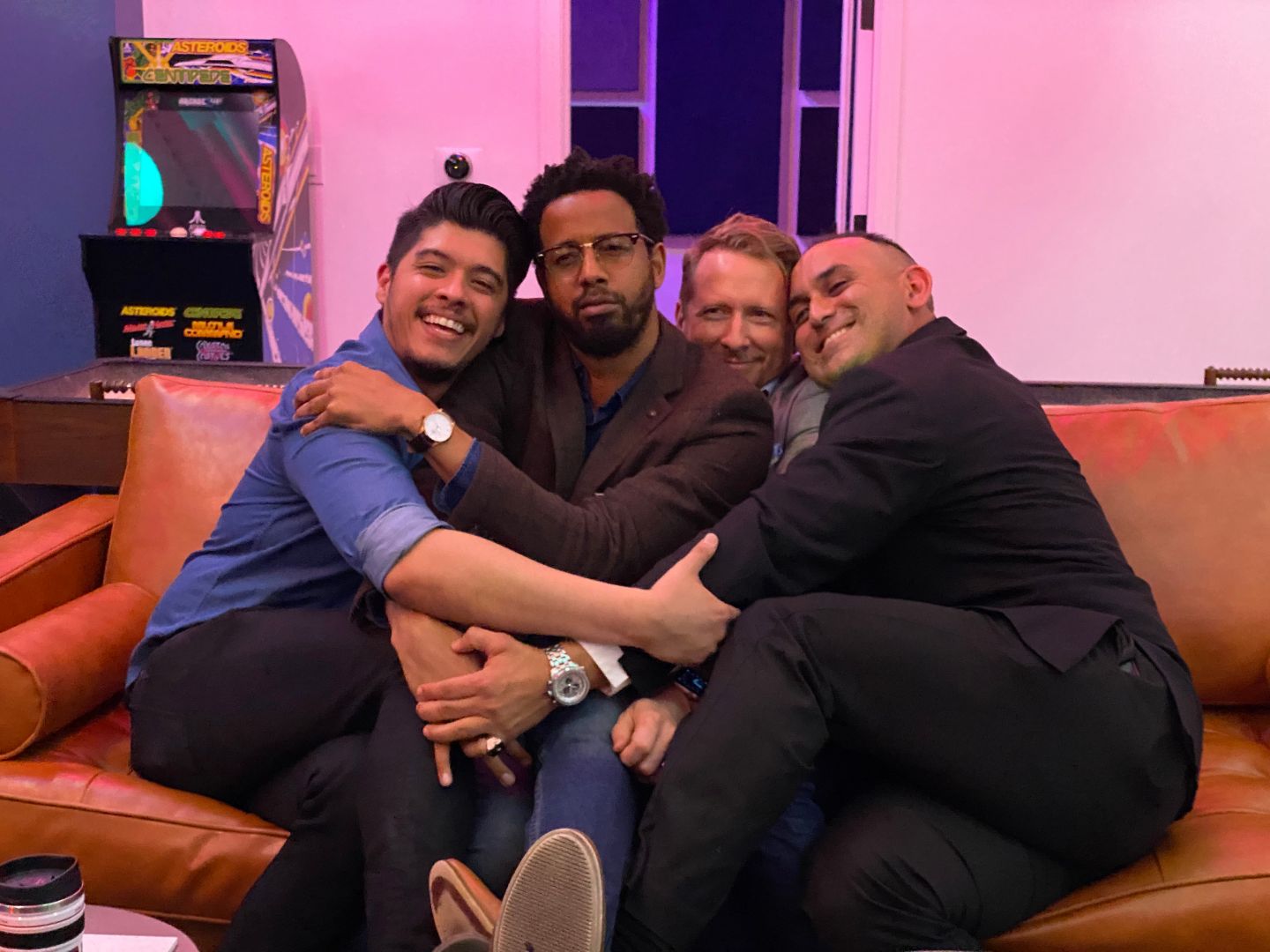 The Shoutout series is all about recognizing that our success and where we are in life is at least somewhat thanks to the efforts, support, mentorship, love and encouragement of others. So is there someone that you want to dedicate your shoutout to?
The last two years of my creative success couldn’t be possible without my beautiful wife, Chrissy who’s love and support is everything. My production partners Chris Vanderhorst and Brandon Night who I would give anything to work with everyday of my life. I have a group of actors who I’ve been able to work with on my project, “Extra Ordinary” who have been incredible – you guys know who you are. I couldn’t have done this without you all. And a special shoutout to Ashton Leigh who has breathed new life into me putting myself back out into the mainstream. 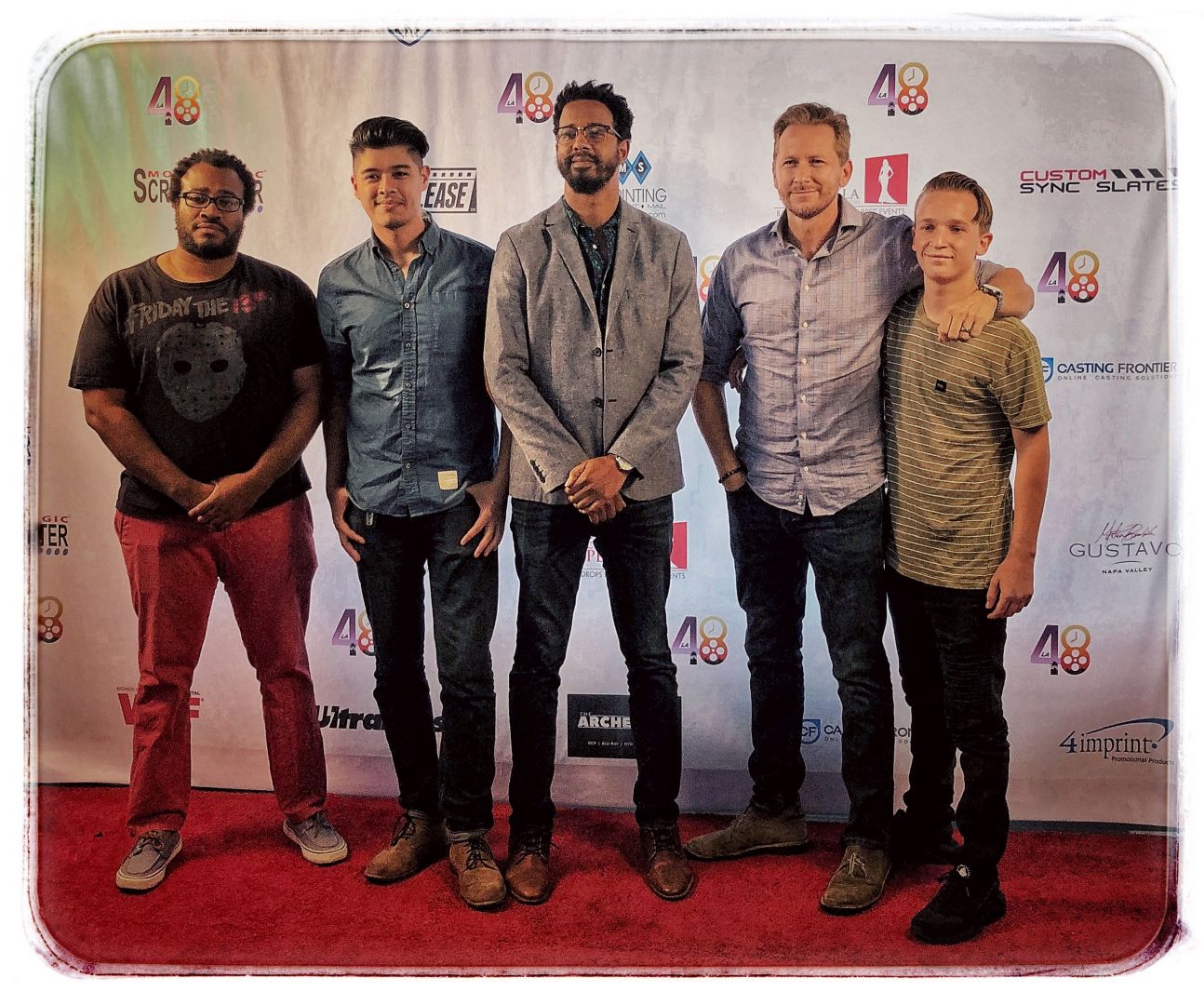 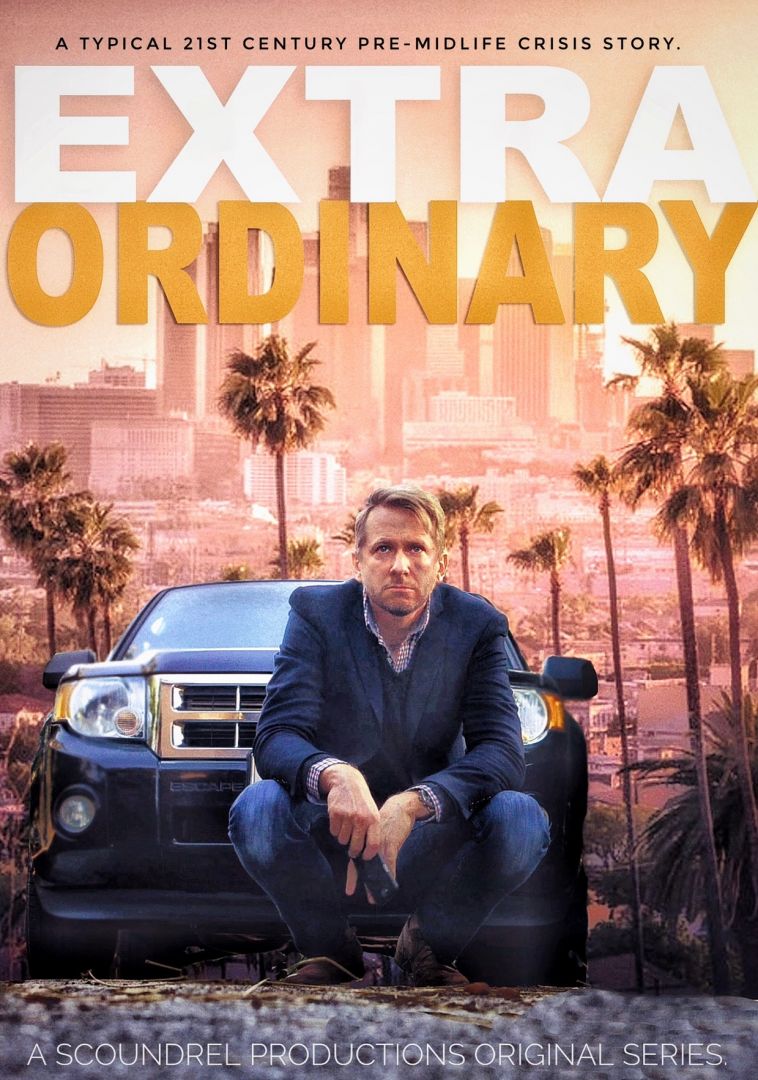 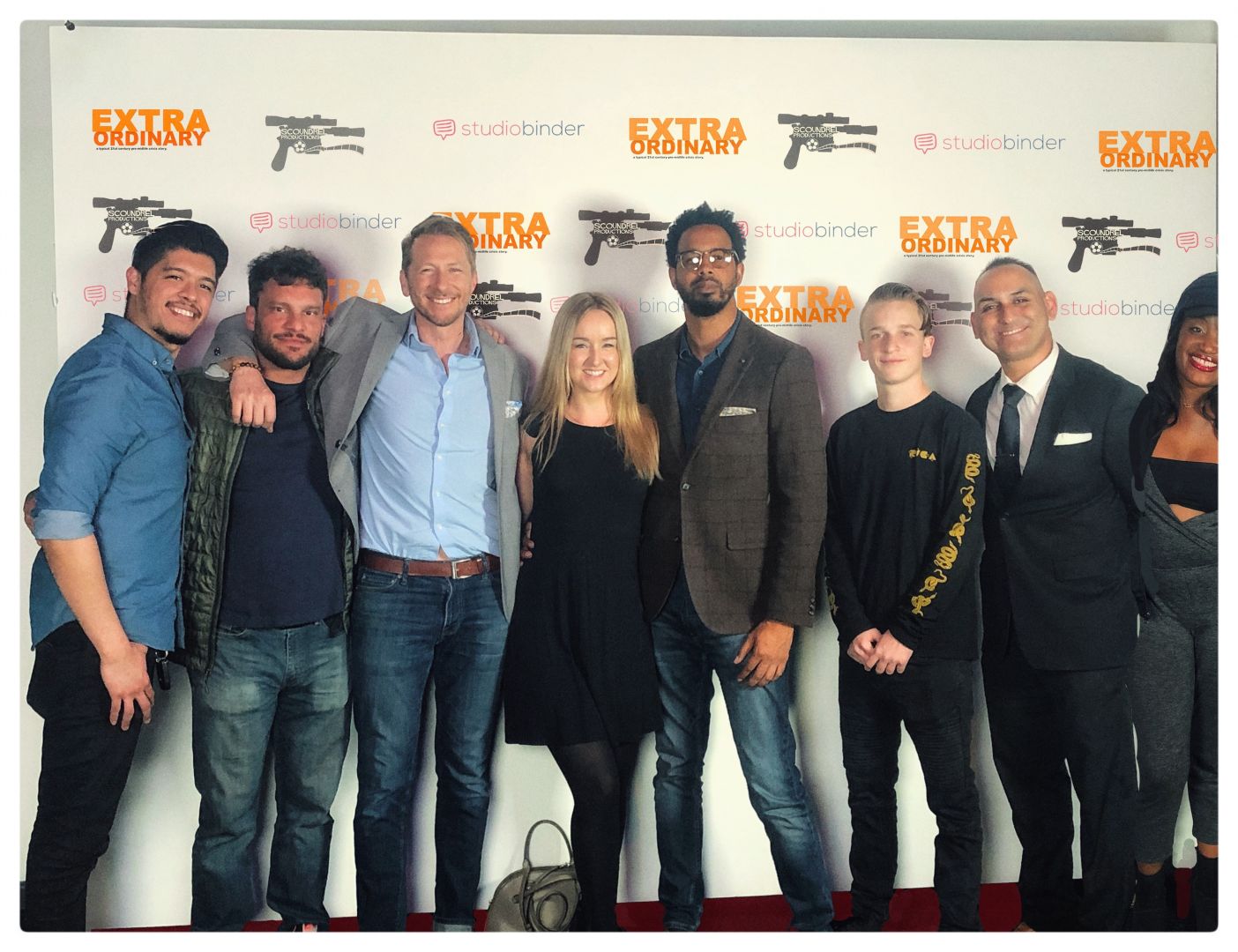