We had the good fortune of connecting with Rob Lawless and we’ve shared our conversation below.

Hi Rob, what role has risk played in your life or career?
I think of risk as something that should be calculated. It can make a crazy idea seem a bit more sane. For example, take Alex Honnold from the documentary, Free Solo. He climbed the 3,000-ft face of El Capitan WITHOUT ROPES. This is probably the riskiest thing I can think of any human doing, but once you realize that he spent years perfecting every single movement and placement, you start to understand why he succeeded. Alex didn’t attempt to scale El Capitan without first mastering how he would do it; otherwise, he surely would have failed. Similarly, I think many of us should fee free to take risks if we properly prepare for them. I’ve taken a pretty big risk in my life by leaving a career with Deloitte Consulting to go on a journey to meet 10,000 people, 1:1, for 1 hour each. I believe that every human interaction holds the potential to change the world, and so I became more intentional about meeting new people and have since been acting as a positive example for others to do the same. I started my mission in November of 2015, took it full time in July of 2016, and to date I’ve met over 4,200 people While my decision to forgo a lucrative career in consulting for a lifetime of connection may seem crazy to some, I’ve taken a calculated approach to my goal. With the advent of social media, I assumed that if people became genuinely interested in my project that eventually I could leverage this interest to partner with brands that aligned with my values. Throughout my journey, I’ve kept a pulse on whether or not my mission was making an impact on others. Fortunately, I’ve been able to grow a supportive following of about 42k people on Instagram, and have been covered by press sources like The Kelly Clarkson Show, TODAY with Hoda & Jenna, and On Air with Ryan Seacrest. As a result, I’ve had the opportunity to work with brands like Coca-Cola’s Peace Tea and WeWork, and am now getting into speaking about my project to universities and organizations. I took a risk, which I then continued diving deeper into thanks to the validation of different people following me, covering me, and being willing to partner with me. Had none of these things happened, I probably would have pulled back and gone back into a full-time career while doing my work on the side, but because they did happen, I’ve felt permission to keep going. I think anyone can do the same thing in their life by being prepared and measured about what they do, and hopefully in the end they’ll get to the reward they’re looking for on their path. 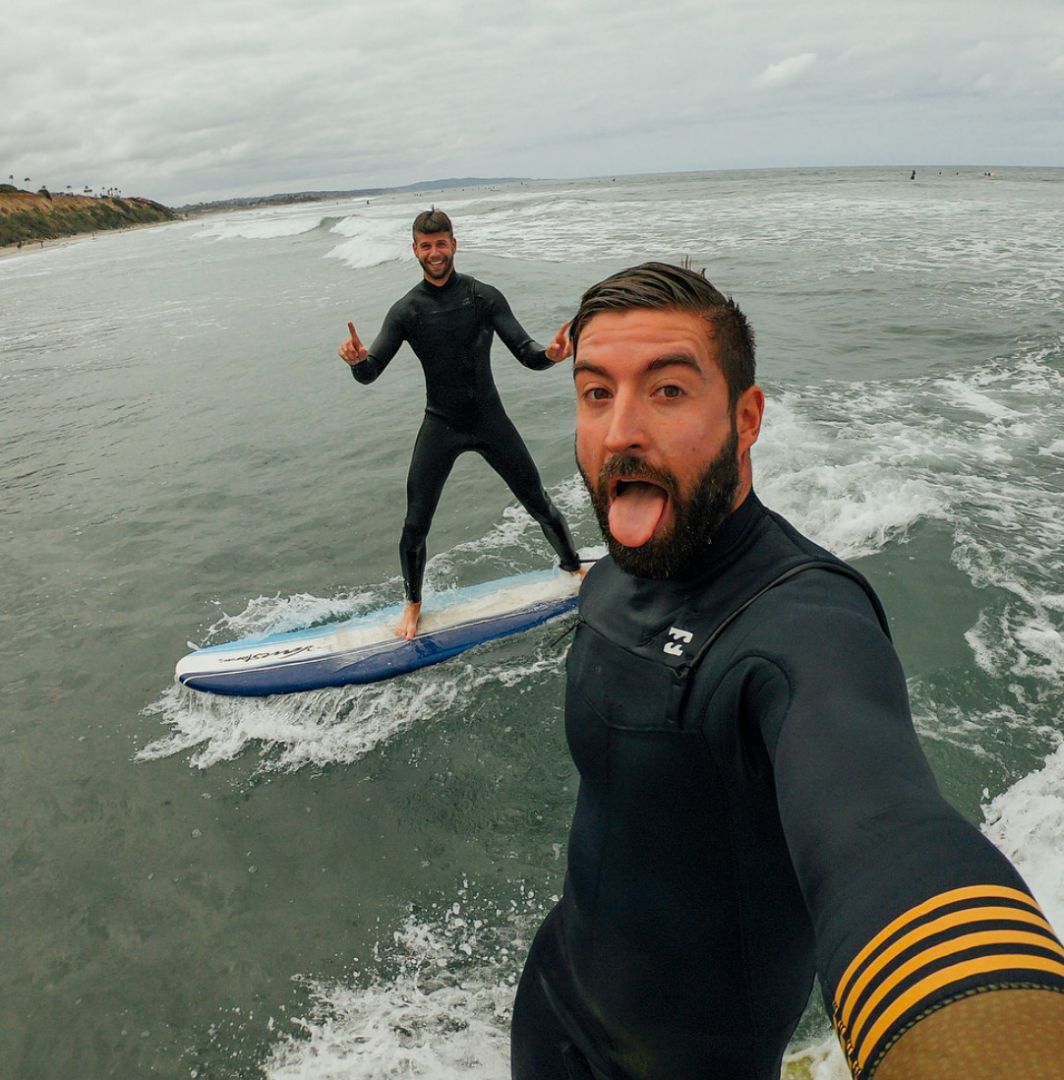 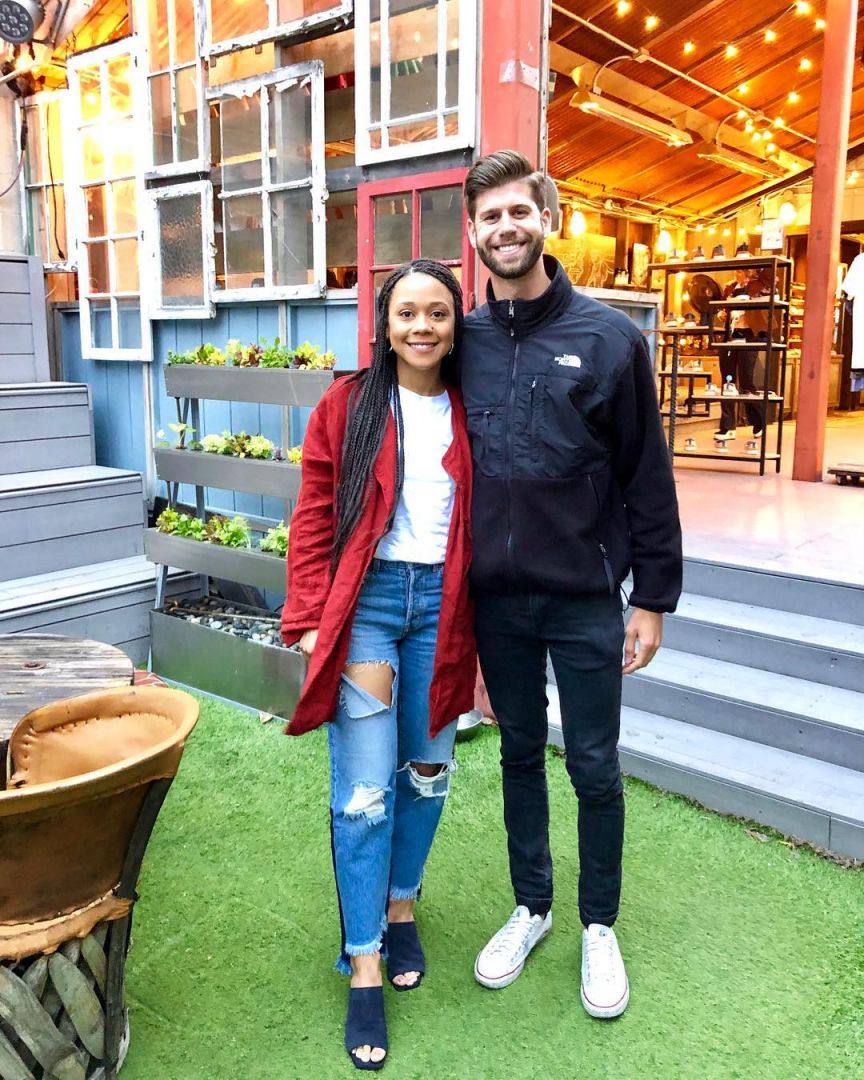 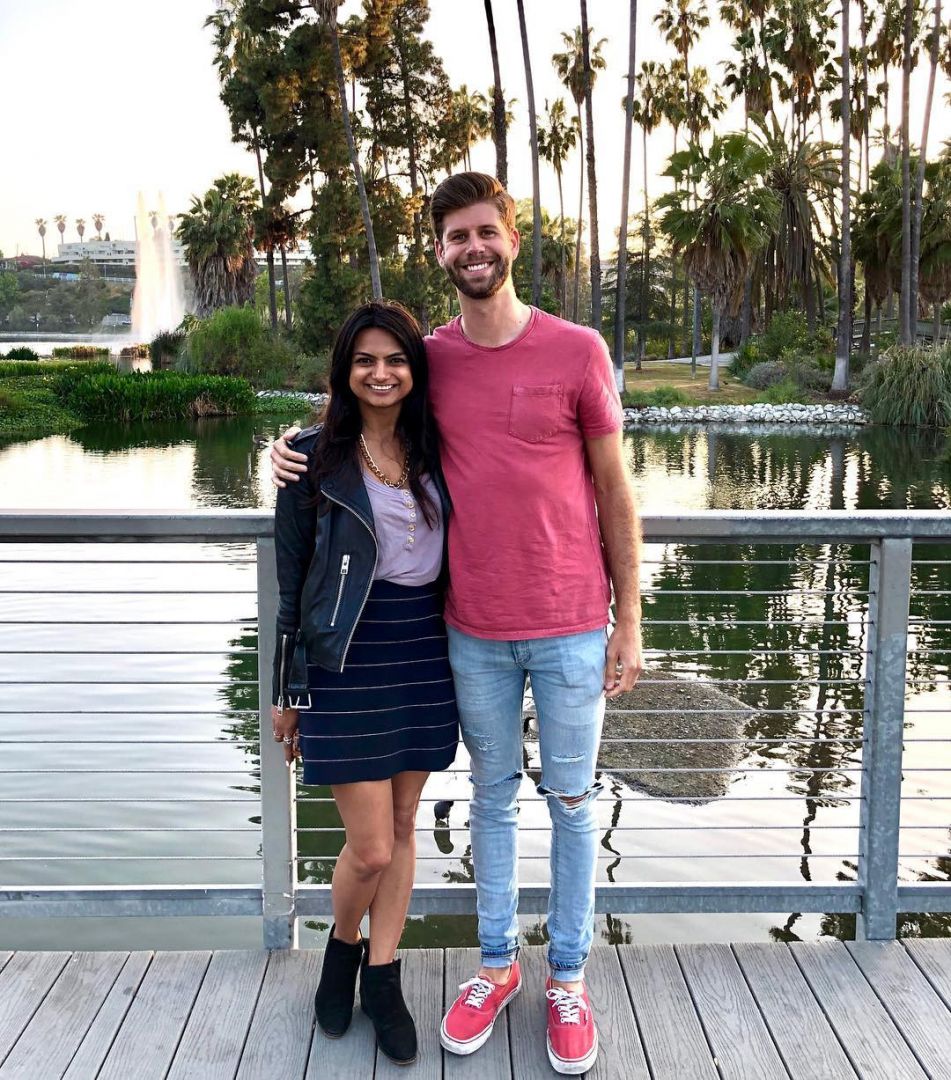 Alright, so let’s move onto what keeps you busy professionally?
I believe that every human interaction holds the potential to change the world, and I think human connection should be treated as an experience rather than a transaction. Therefore, I set out on a mission to spend 1 hour, 1:1, with 10,000 different people to show what comes of opening doors with no agendas, and have met over 4,100 people since November of 2015. Prior to starting my project, I studied Finance at Penn State, worked in Strategy & Operations Consulting for Deloitte and did sales for a venture funded tech startup. I met the first 100 people for my project while working in sales, and then took my mission full-time after being laid off in July of 2016. Since then, I’ve been meeting about 4 new people every day (all virtually through Zoom since the pandemic began), and have had an incredible experience filled with a greater sense of belonging, a renewed sense of gratitude, more empathy and amazing memories. Running my project full-time has been really rewarding, but it’s also been challenging to turn it into a financially stable path. There were times when I had less than $500 to my name not knowing when I’d have another partnership. Fortunately, though, I’ve had an amazing support system of friends & family willing to host me so I’ve always had a home, and because I’ve continued pushing forwards I’ve built a great foundation to capitalize on through teaching and speaking engagements. Through my project, I’ve learned that human connection is a valuable part of life that should be something we do with more intentionality. I’ve learned that we all deal with uncertainties and insecurities, and that we’re all doing the best we can with the resources that we have. I hope people can look at my experience and understand that they too have the opportunity to meet new people if they make it a priority and a regular part of their lives!

If you had a friend visiting you, what are some of the local spots you’d want to take them around to?
Because of my project, I’ve experienced LA through the world of coffee shops and parks so to show my friend a good time, I would take them to the places that have the most meaning to me. Here are a few of my favorites: Parks: – Echo Park Lake – Sunken City (San Pedro) – Barnsdall Art Park – Tongva Park Coffee Shops: – Stories cafe: 1716 Sunset Blvd – La Colombe (a Philly brand – I’m from Philly): 3900 Sunset Blvd – TOMS Flagship: 1344 Abbot Kinney Blvd – Alfred Coffee Melrose Place: 8428 Melrose Pl Bars/Restaurants: – Mama Shelter: 6500 Selma Ave – Venice Ale House: 2 Rose Ave – Space 15 Twenty: 1520 N Cahuenga Blvd. 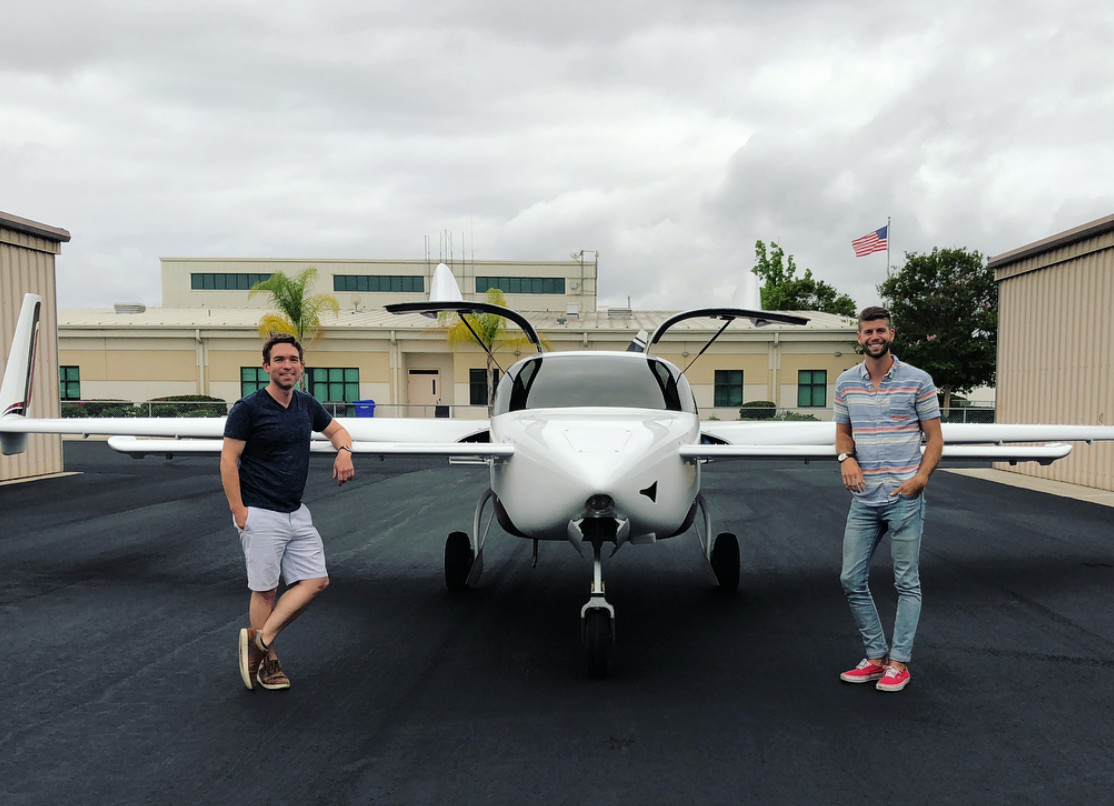 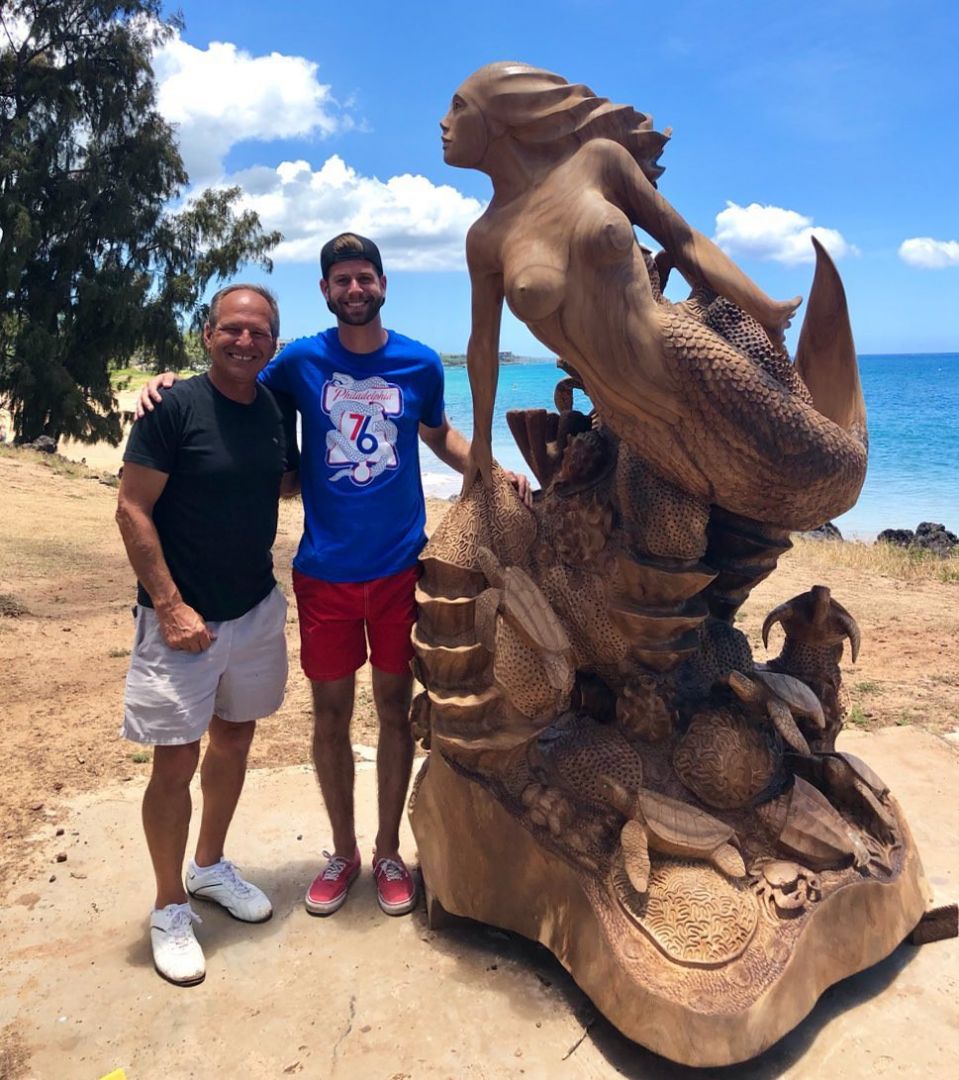 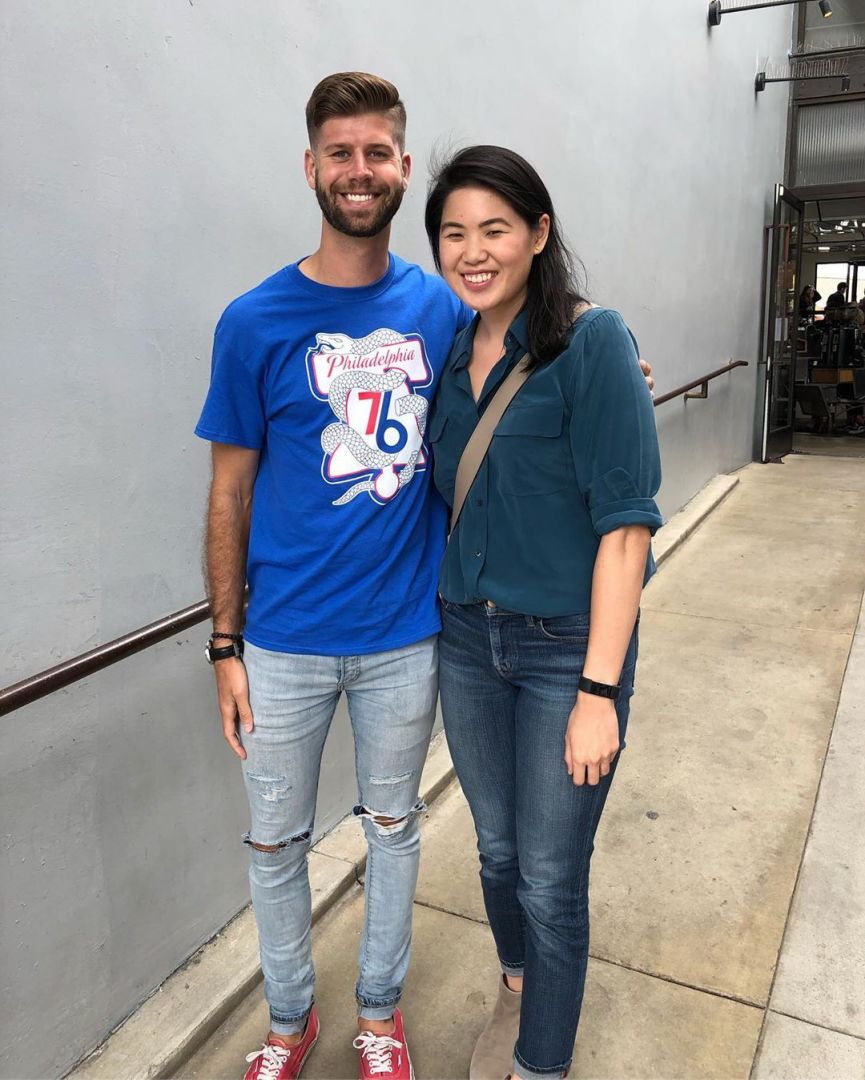 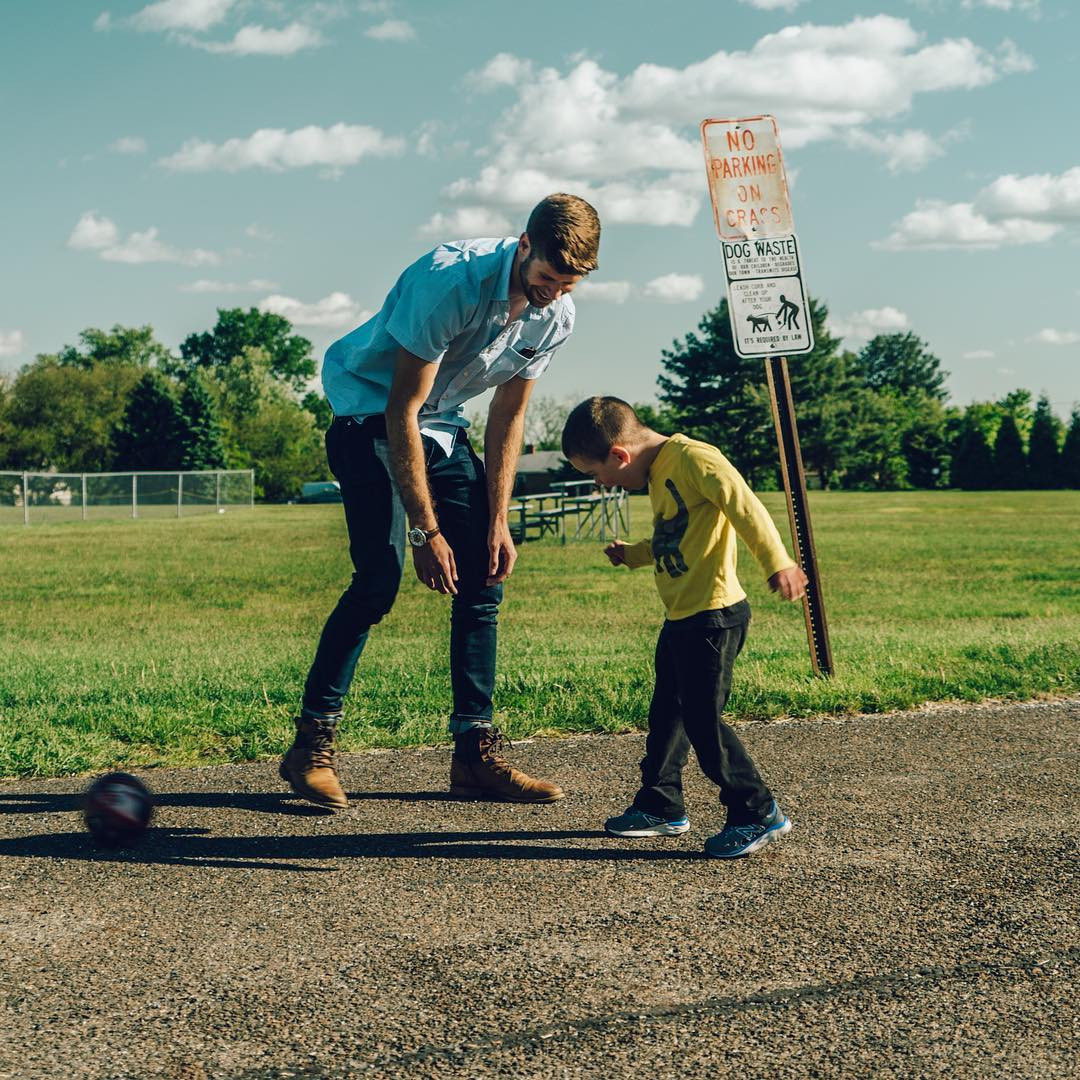 The Shoutout series is all about recognizing that our success and where we are in life is at least somewhat thanks to the efforts, support, mentorship, love and encouragement of others. So is there someone that you want to dedicate your shoutout to?
I wouldn’t be where I am today without the help of all of my family & friends, but I have to thank specifically my brother, Chuck, for letting me drive his car across the country 6 different times, my college roommate, TJ, for hosting me in LA for 1.5 years and my friends, Nick & Catherine, for hosting me in Hoboken for 9 months!