We had the good fortune of connecting with Rob Lewine and we’ve shared our conversation below.

Hi Rob, why did you pursue a creative career?
I don’t remember making a choice in those terms. There wasn’t a moment when I asked myself whether or not I wanted to be in the arts. In high school I didn’t think about a career. I preferred liberal arts – literature, art, humanities, history — to science and math (though everything interests me now). At Swarthmore College I majored in English Literature but took enough art history classes for art to have been my second major. I’d taken pictures since childhood, using old-fashioned bellows cameras that had been in my family for several generations. And now I took pictures of my new classmates. But I didn’t think I was especially creative. I didn’t ponder such things. At UCLA Film School, I began to think about becoming a director. My first project was successful — one of two Project One films ever to be included in the annual student film screenings. My Project Two, an ambitious undertaking, featured a close friend who went on to become a major movie star, two other actors who later won Oscars and Emmys, and the counterculture figure Wavy Gravy, who would be the MC at Woodstock the following year. But the production was chaotic and collapsed under its own weight. I was devastated. I went to bed for a week. After I got up, I focused on music. I’d played bass in a few bands during my college years and now began to practice with intention. Six months later I joined a rock band signed to Columbia Records, and for the next four years performed and recorded with a variety of groups, some of them well-known. Yet I grew tired of the music scene, and tired of not earning money. I made a proposal to Encyclopaedia Britannica Films, where film school friends had found jobs, and for another four years produced, wrote and photographed classroom projects in the earth sciences. I still wasn’t thinking about career; I was doing what I could with my skill set. When that work came to end, I felt I had to decide between writing and photography. I was driving home from an extended road trip through Baja California and either flipped a coin – or have come to remember that I did. Real or virtual, it came down “photography”. And so it was, and so it’s been since then: a lifetime as a photographer. That was the only moment I asked myself to make a career choice. But it wasn’t about whether or not to pursue creative activity. From the start, there’d been no other options. In 2006 I found my way back to music, forming the Enzymes, a group of experienced players performing original material. This wasn’t a career choice, either. It was about enjoyment. Maybe that’s been my motivation all along: to enjoy myself. Luckily I’ve been able to thrive at what brings me joy. 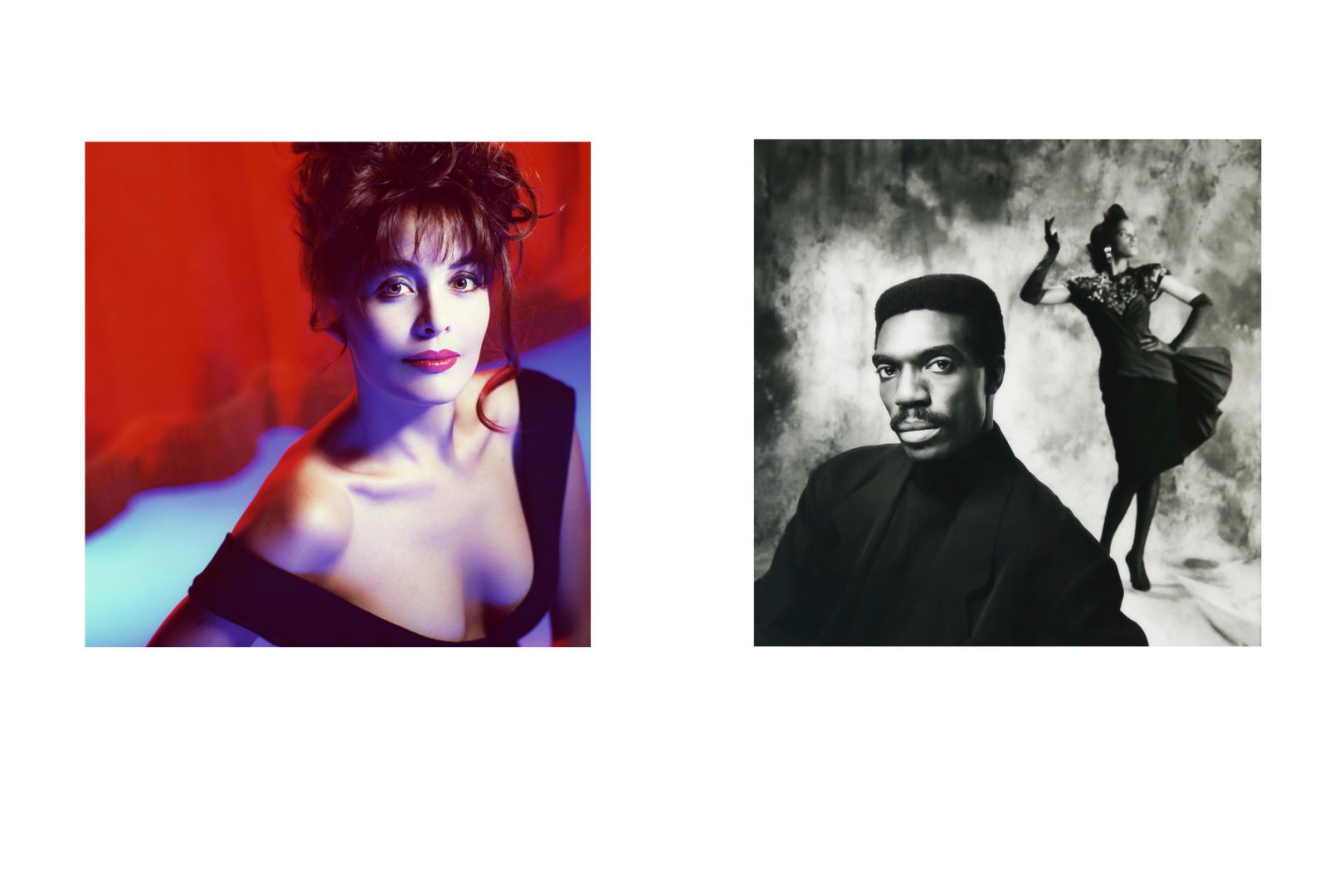 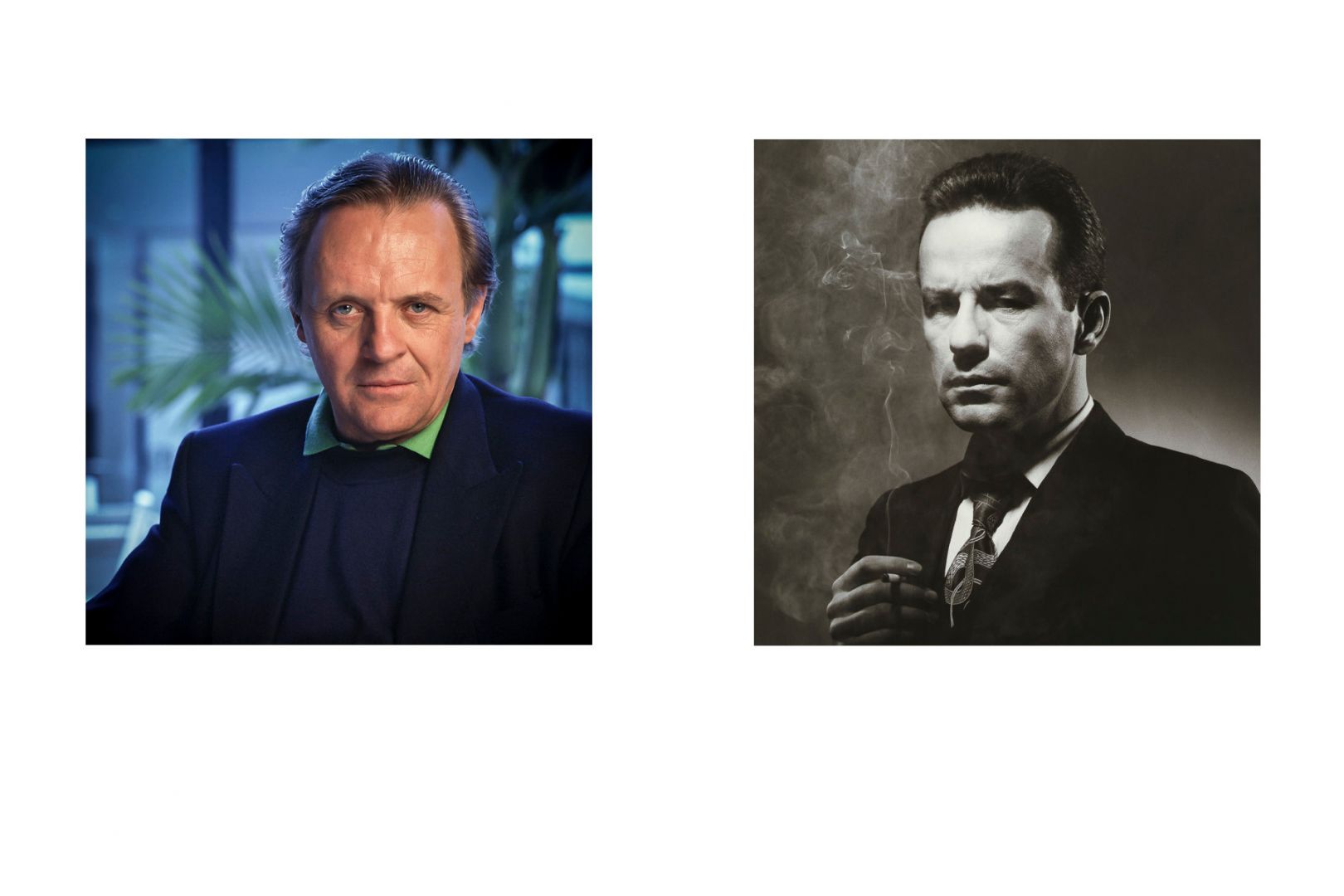 Let’s talk shop? Tell us more about your career, what can you share with our community?
I’m not in a position to say what sets me apart from others. If anything does, it’s not up to me to comment on it. I think there’s a case to be made that being alive sets everyone apart from everyone else. This is the essence of being human. Proud or excited? Lucky, instead, and grateful that my skills have allowed me to do much of what I set out to do. Persistence and sustained effort to grow as an artist have mattered. And I’m blessed that photo editors, art directors and designers and others decided I was worth hiring. Easy? No. Anything worth doing takes effort, and often things don’t turn out the way you wanted. Overcoming challenges: “…pick yourself up, dust yourself off…” Lessons? Too many to recall, and ideally, they’ll keep coming. Brand? I hate the word. I’m not a product line. Story? I don’t know. But I have a lot of great stories…. 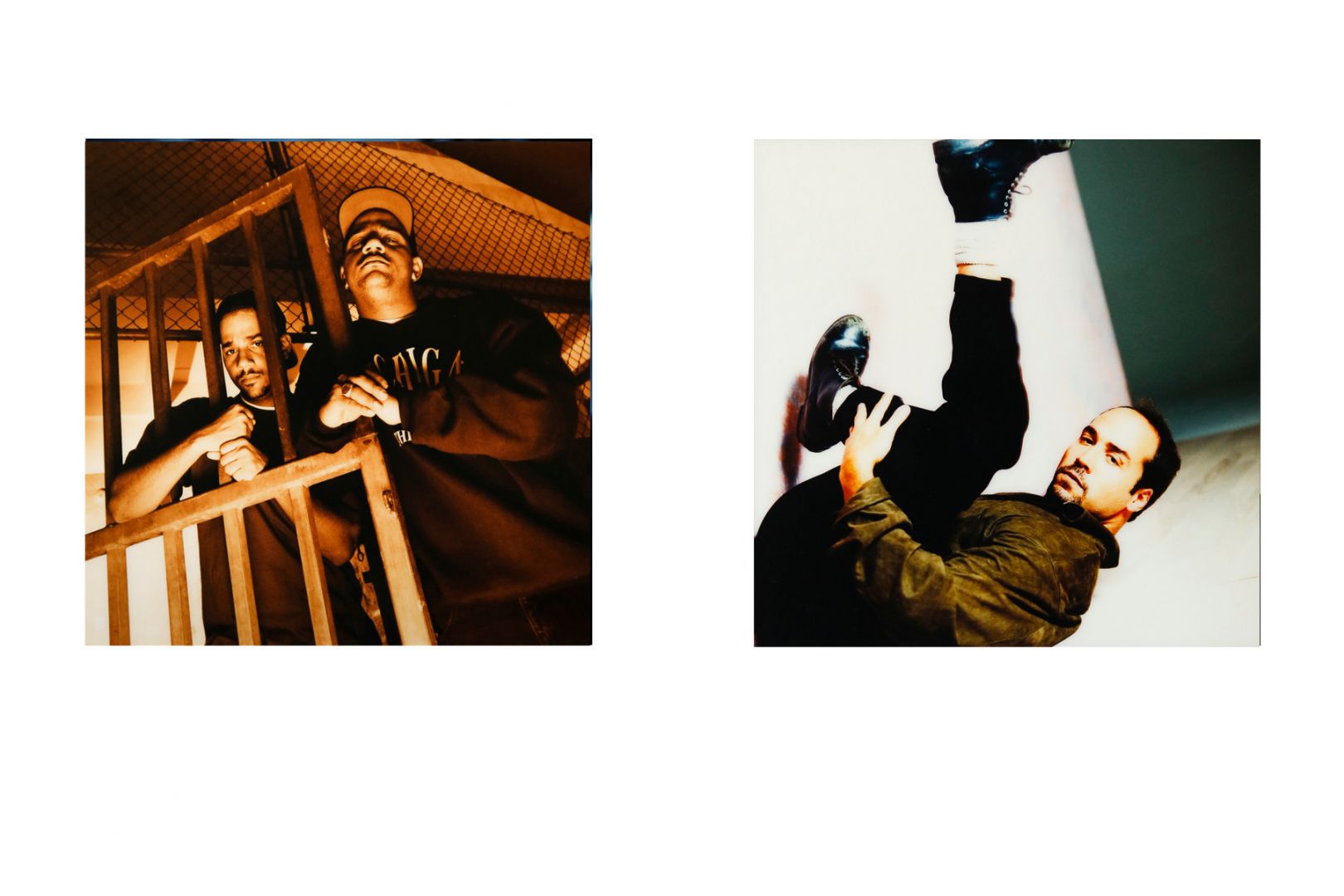 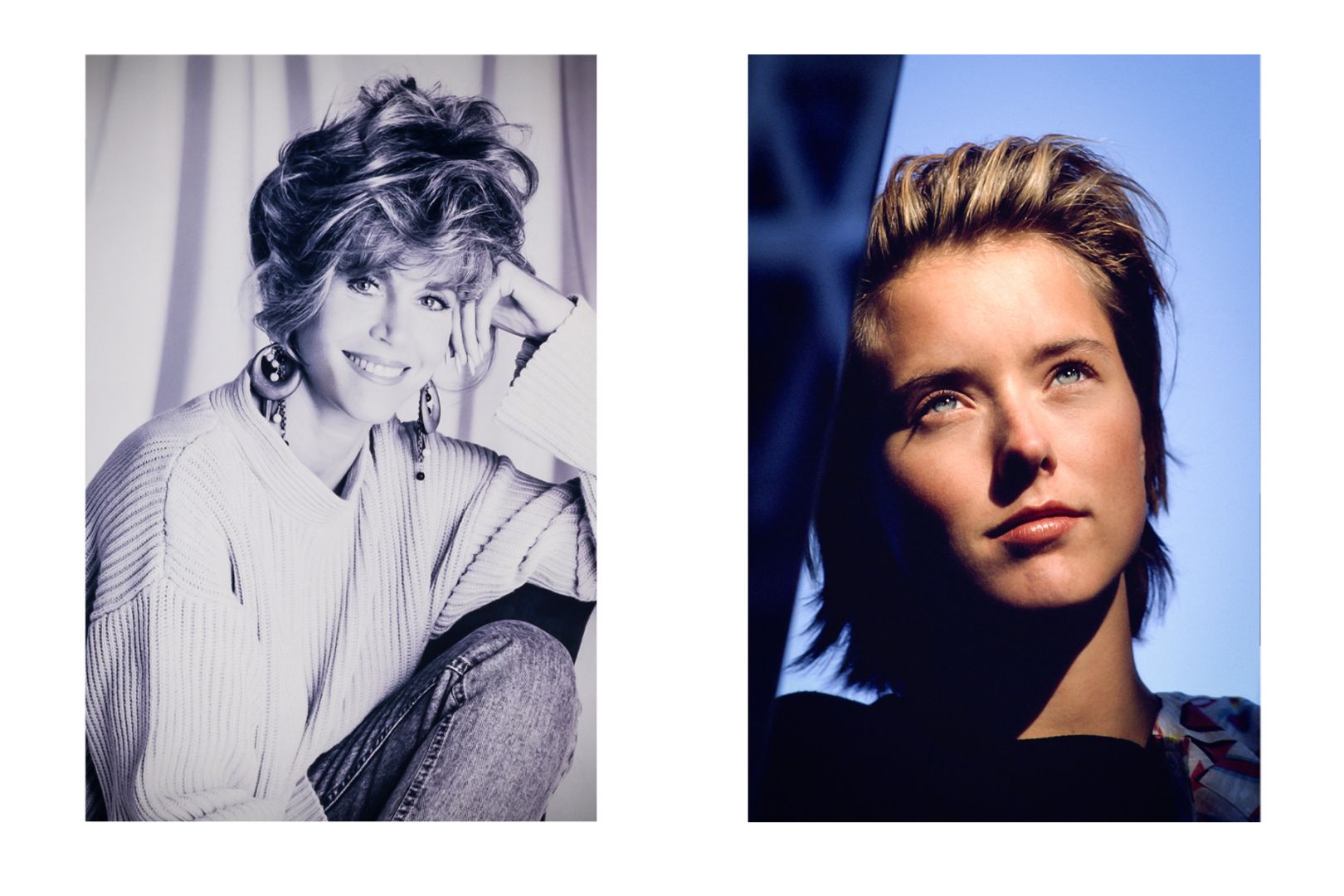 Any places to eat or things to do that you can share with our readers? If they have a friend visiting town, what are some spots they could take them to?
First on my list: a walk in Laurel Canyon, where I’ve spent most of my adult life, and where Phyllis and I live. Sweeping views of the L.A. basin and the San Fernando Valley are within reach on foot from our location. If you’re energetic, both are available in one outing. I don’t go out much — hardly at all during the pandemic, except for the bountiful Hollywood Farmers Market, early Sunday mornings. Over the years it’s become a social event. I’ve befriended both vendors and other shoppers; I look forward to seeing them every week. And the quality of the produce! Commercial markets pale by comparison. For entertainment: the Groundlings Theatre, where Phyllis has been a presence for over 30 years. Some of the best improvisers on the planet perform there. For plays, the Boston Court in Pasadena. For the classics, the Antaeus Theater in Glendale. The Cinerama Dome (of late, the ArcLight) – you have to go. It’s living history, architecturally. But of course they’re all closed for now — except perhaps for the Dome. For music: Vibrato, the Baked Potato, and blue whale for jazz. For rock and pop: the Hotel Café on Cahuenga. And Amoeba Records. All closed for now, I’m sure. For art and culture: LACMA, MOCA, the Broad, the Hammer Museum, the L.A. Opera, and Disney Hall (I spent an afternoon photographing Frank Gehry inside a model of Disney Hall, no larger than a passenger van, before construction began.) Closed for now. For unconventional exhibits, the eccentric Museum of Jurassic Technology in Culver City. Closed for now. Bookstores: Book Soup on Sunset, Vroman’s in Pasadena (founded in 1894 by the noted photographer Adam Vroman), the Last Book Store on Spring Street, Skylight Books on Vermont, Chevalier’s on Larchmont. Restaurants: if you can’t find one you like in L.A., I don’t know what to advise. Almost anything imaginable is available. 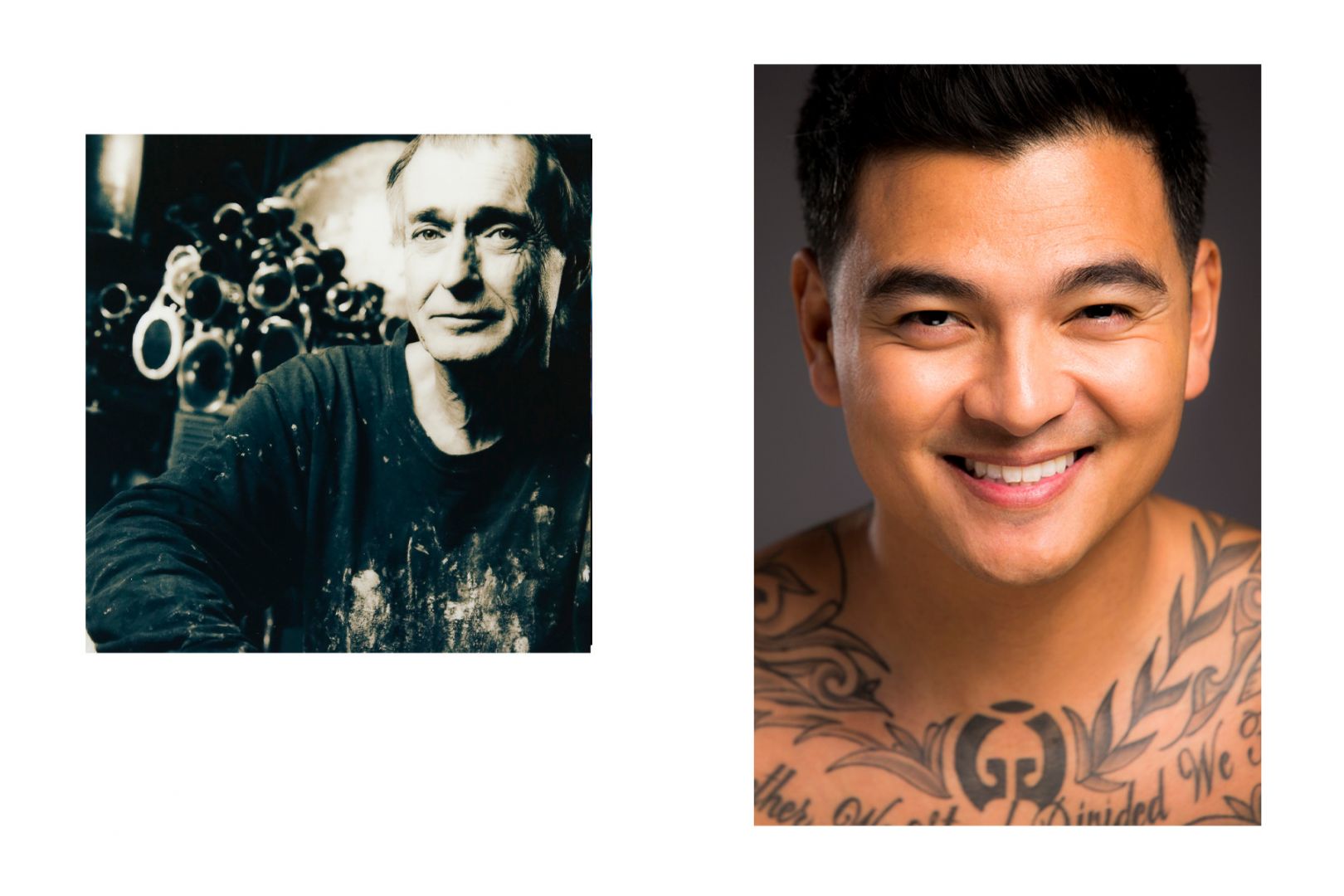 Who else deserves some credit and recognition?
After so many years of activity, I can’t possibly focus my gratitude on one person, or one anything. Every photographer whose work I’ve admired has influenced me — there are hundreds, many of them departed and totally unaware of my existence. The same for the many musicians,songwriters and composers who’ve moved me, and for the writers, artists, filmmakers and all other sorts of geniuses and great wits who’ve shaped and expanded my worldview, and for the great teachers I’ve had. I’m blessed that through my work I’ve been able to meet and photograph some legendary talents, and that some brilliantly gifted and big-hearted people are or have been my friends. Still I’d like to acknowledge and thank the loyal photographer-assistants who worked with me most often over the years: Alan Dockery, Joe Doherty, Steve Goldstein, John Marshall, Ian Logan and Craig Morton, who works with me still. I learned as much or more from them than they may have from me. And these extraordinary friends who’ve moved on: my mentor and insanely funny pal Peter Meyerson, the cinematographer/film exec Joan Weidman, the film producer Harry Gittes, my high-school buddy Steve Gore, the photographer Tony Costa and my former partner, the graphic designer/artist Craig Butler. Thanks, too, for the love of the women who raised me. And the biggest tribute goes to my most influential teacher and supporter, my brilliantly talented, big-hearted, graceful wife: actress-director-writer-creative guru Phyllis Katz.