We had the good fortune of connecting with Robin Saex Garbose and we’ve shared our conversation below.

Hi Robin, how do you think about risk?
Risk taking is integral to the creative process. All great artistic achievements are born from great risks. There’s simply no escaping it. As a child, I was fortunate to have had some special teachers who encouraged me to actualize my big ideas. Those early successes would play out later in my life and career when faced with seemingly insurmountable challenges that required great leaps of faith and courage. I was able to dive in knowing full well that I could lose everything. Or grow exponentially. When I was 30, I was confronted with a consequential moment of choice. I had just broken into the the world of directing sitcoms, joined the DGA, and co-written a screenplay that was selected to participate in the Sundance Institute Writer’s lab. My research for this script involved intense exploration of my Jewish heritage. Through lengthy interviews with Holocaust Survivors I reconnected to my faith in a profound and unexpected way. Like many artists, my creative work has always been inextricably bound to my soul search for expression. Through writing this screenplay, I discovered that the spirituality I craved was in my own backyard, in Judaism. Consequently, I started keeping kosher and observing Shabbat. This personal transformation did not bode well for my burgeoning television career. In fact, my employability as a young sitcom director died a quick death since most shows filmed on Friday night. It was devastating. But I had to honor my truth and forge ahead with trust in the greater picture. When one door closes another door opens. While skiing at the Sundance Film Festival, I met a producer on the chairlift who was scouting directors for America’s Most Wanted. Not only did I get the job, but the production team showed great respect for my religious observance. After my tenure at AMW, I went on to shoot three feature films for Jewish religious audiences. The current spotlight on cultural diversity has generated new and exciting opportunities for my faith friendly brand. 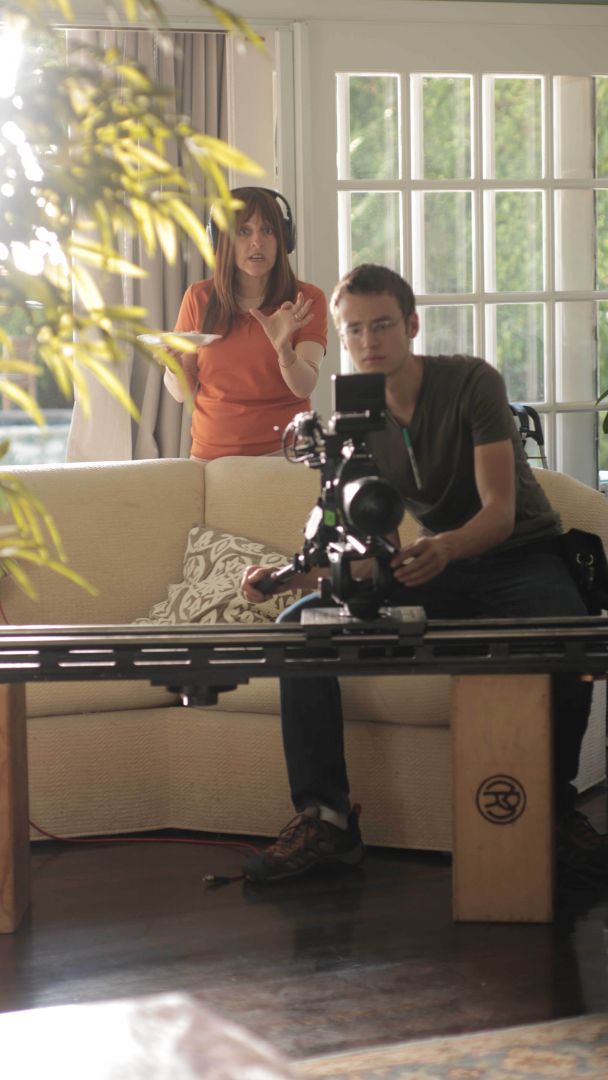 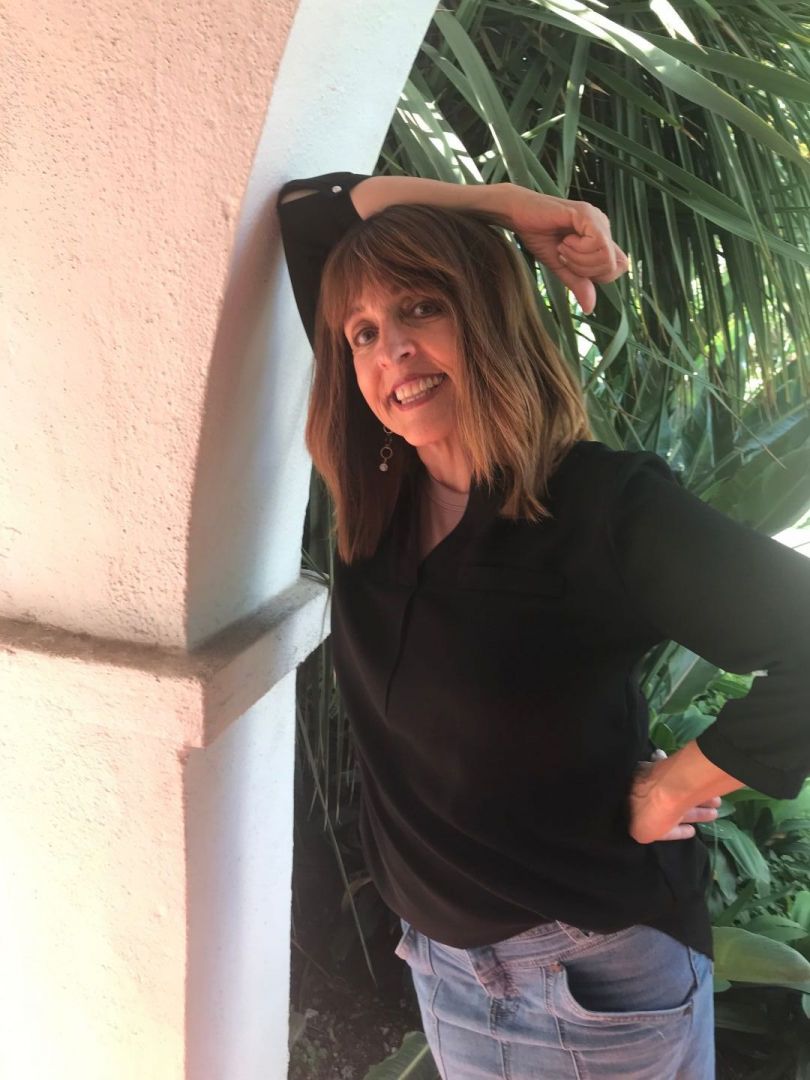 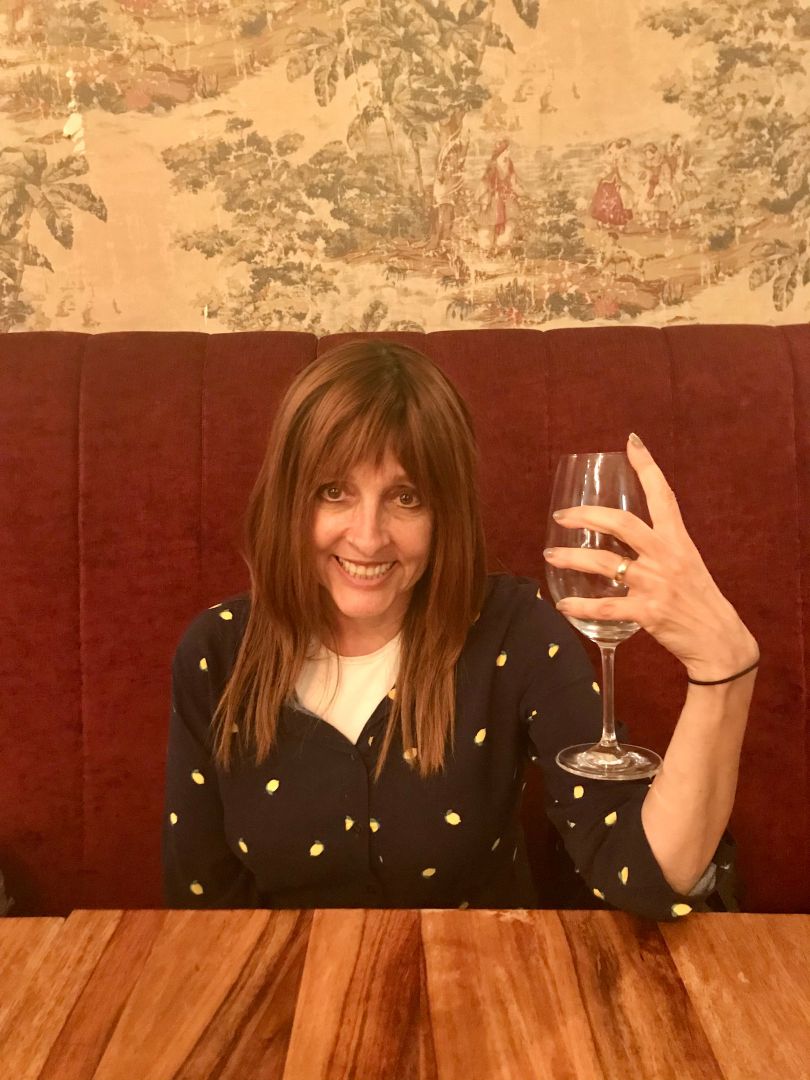 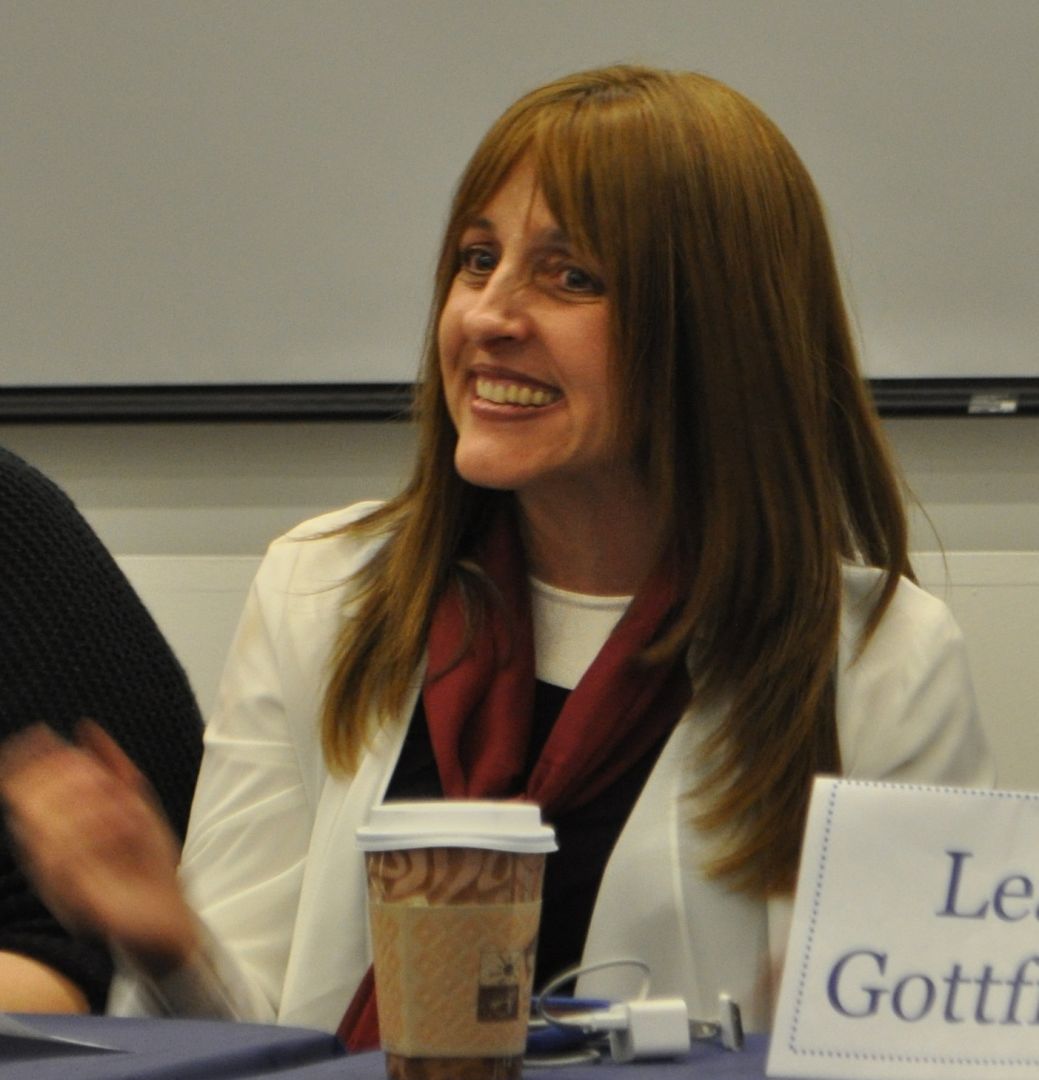 Alright, so let’s move onto what keeps you busy professionally?
I fell in love with the theater when I was six and directed my first play in the second grade. I double majored in Theater Arts and English Literature at Brown University where I spent four years fully immersed in the Theater Department. I started out sweeping the stage, acting and stage managing, anything to gain experience, training and work my way up the ladder. My tenure at Brown culminated with a production I directed of “Twelfth Night” that became legendary. After Brown, I moved to New York filled with that twenty-something brash drive that opens doors and generates opportunities. I knew that if I aspired to direct, I needed to direct, period. The only way up and forward is to be proactive. I was fortunate to have found mentors along the way whom I assisted with dedication and a fluid, positive disposition. In turn, they shared invaluable wisdom that enhanced my growing skill set. One of my mentors had become a sought-after television director. Through him, my newfound love for the camera began. While I managed to direct some thirty-five plays in New York, I found myself drawn to the more personal expression of cinematic story telling. Whereas theater is the playwright’s medium, film belongs to the director. I moved to Los Angeles and ironically directed my two longest running plays, garnering several Dramalogue awards. Though I hadn’t gone to film school, I was able able to capitalize on my strength and reputation as an “actor’s director” to break into television. The great Russian acting teacher Konstantin Stanislavski said, “Love the art in yourself, not yourself in the art.” Through my personal spiritual journey into my Jewish heritage, I discovered my true creative voice. My work shifted. I recognized that I wasn’t a “director for hire” but rather an auteur. My path to self-actualization compelled me to honor my deepest vision. I’ve directed three feature films that explore Jewish religious life. I’m planning to go into production this fall with “Meet the Shustermans”, a faith friendly dramedy that is relatable to a broad audience and resonates with the current spotlight on cultural diversity. Ethnic authenticity fused with universal themes are the components that can bring people together through film. I have many stories to tell and “miles to go before I sleep.”

If you had a friend visiting you, what are some of the local spots you’d want to take them around to?
I would take her on a ride up the Pacific Coast Highway so she could experience the beauty of the sea-foamed waves on her left and the Santa Mountains covered with wild flowers on her right, all the while inhaling the fragrant salty air. Perhaps we’d stop at Paradise Cove for a stroll along the sandy beach before heading north to Oxnard to enjoy a gourmet kosher lunch and wine tasting at the Herzog Winery’s Terra Sur. I’d recommend the corn chowder with grilled fish tacos and achiote marinade with some chilled Herzog Pinot Grigio to wash it down. Once back in the city, I’d take her on a kosher L.A. tour that would begin with lunch at the Milky Way, Steven Spielberg’s late mother’s restaurant. I’d regale her with stories of Leah Adler, whom I knew for many years, the petite dynamo with her silver Peter Pan pixie. I’m sure she’d love the restaurant’s decor— its picture/video homage to Leah and large framed posters of all of Steven’s movie’s. I’d also take her to the kosher corridor’s finest, i.e. Pico Boulevard, Pat’s and Shiloh’s, both excellent meat restaurants, and Trattoria Nathalie for a delicious dairy meal. But we would surely need a little R & R. I would take her to my favorite rejuvenation respite: Desert Hot Springs. We would either stay at the Tuscan Springs Hotel and Spa or Azure Palm Hot Springs Resort. We would take the waters, soak and swim in the curative mineral hot springs that are drawn straight from the desert earth. I would explain how beneath this hallowed spot lies a huge underground lake, the waters infused with lithium and a host of healing minerals. 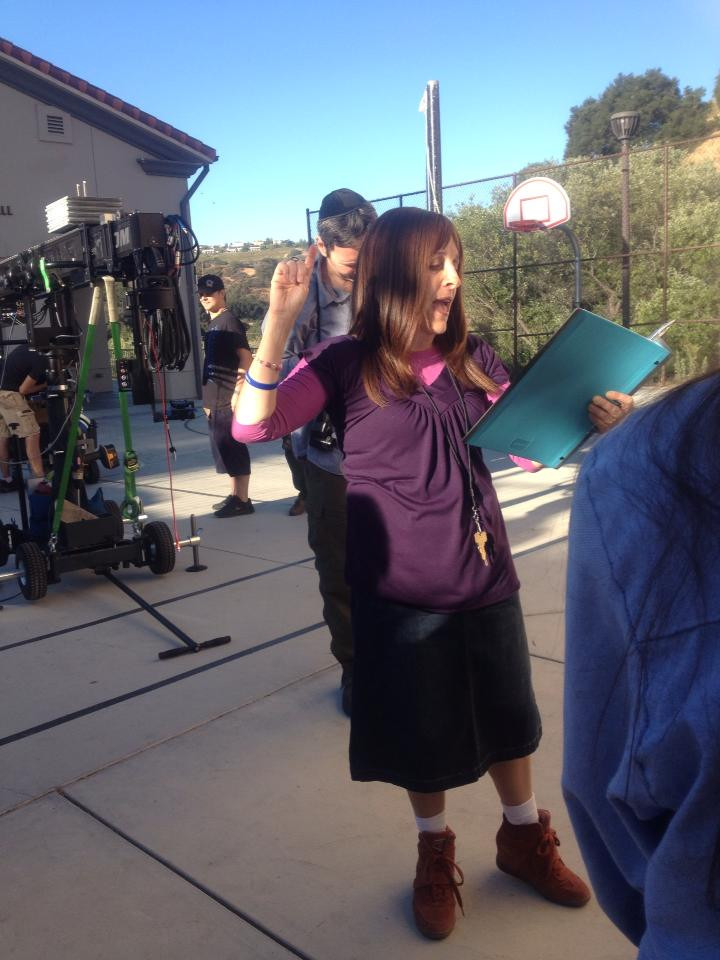 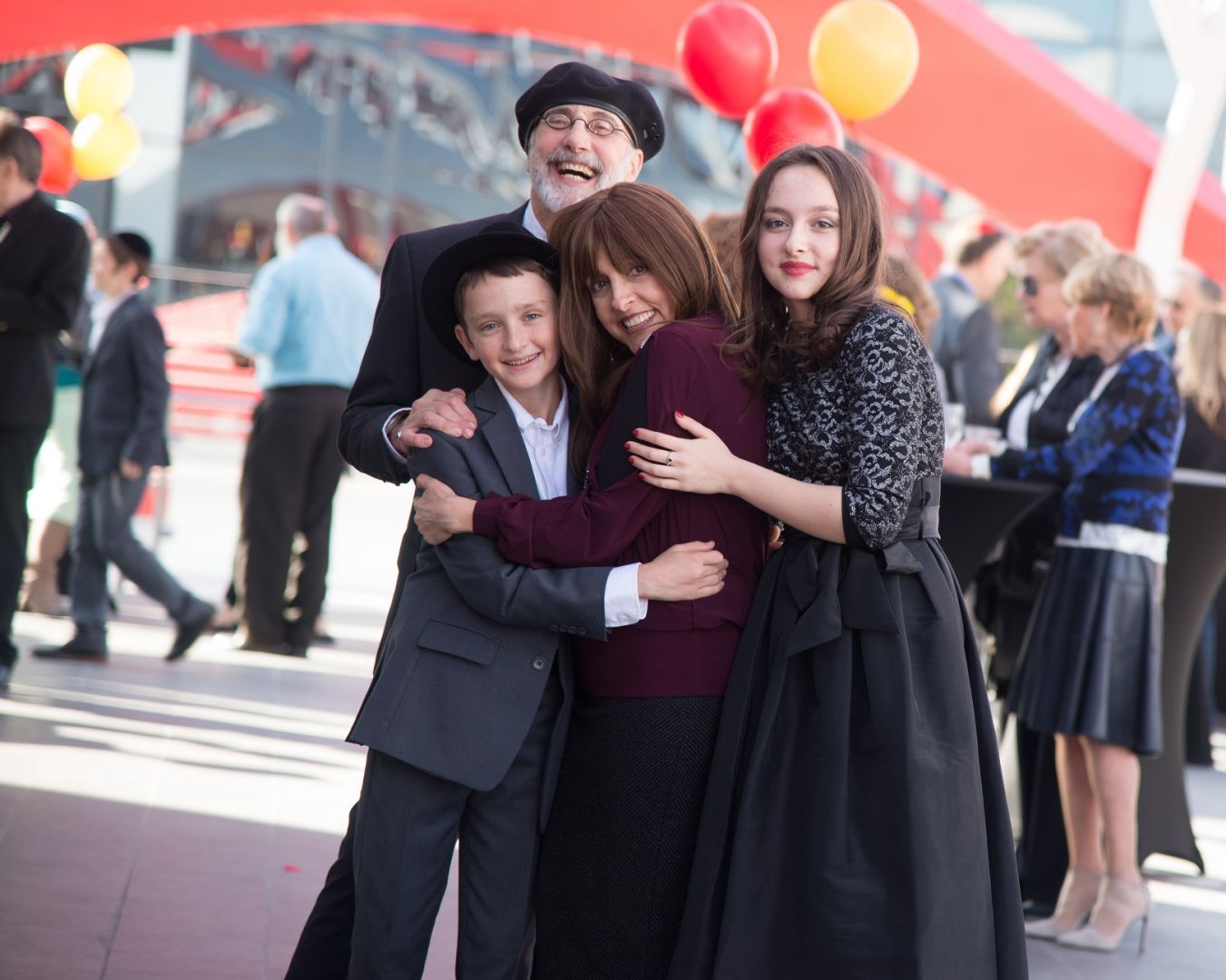 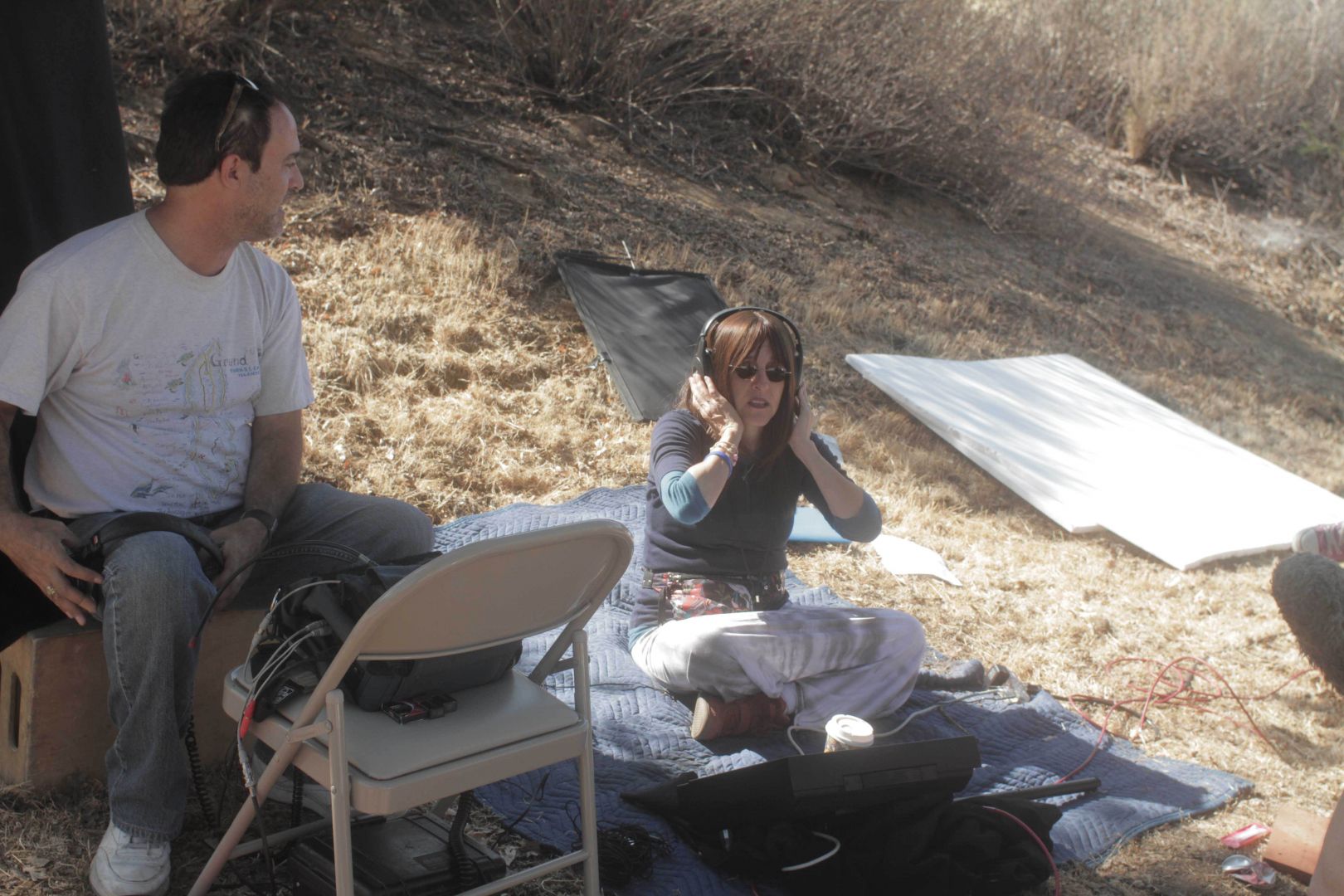 Who else deserves some credit and recognition?
The Lubavitcher Rebbe, Rabbi Menachem Mendel Schneerson and Chabad Hasidic community.

Image Credits
The last image of me with my husband and kids: Monika Lightstone Photography