We had the good fortune of connecting with Rocco’s Roccettes and we’ve shared our conversation below.

Hi Rocco’s Roccettes, we’d love to hear more about how you thought about starting your own business?
Inspired by iconic girl groups, Beau Byron (Producer) wanted to put together a super group of performers to create a high energy, high production, weekly Sunday Funday drag show that feels like a party. Beau was inspired by the drag shows at the Palace Bar in South Beach, Miami. Rocco’s WeHo huge patio, open space and beautiful view of the boulevard is the perfect venue to create that vibe for what is now, the “World Famous Rocco’s Roccettes!” 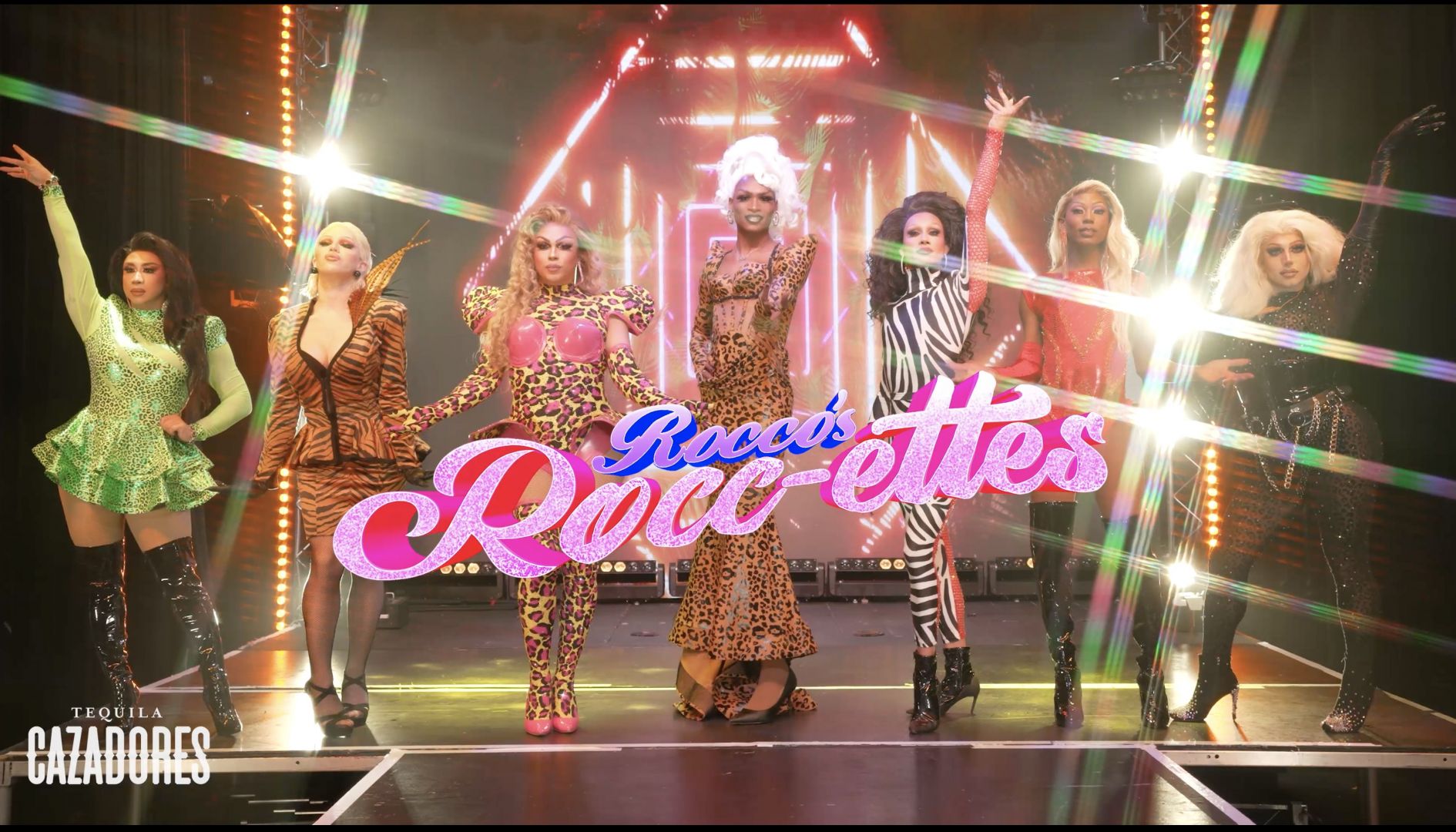 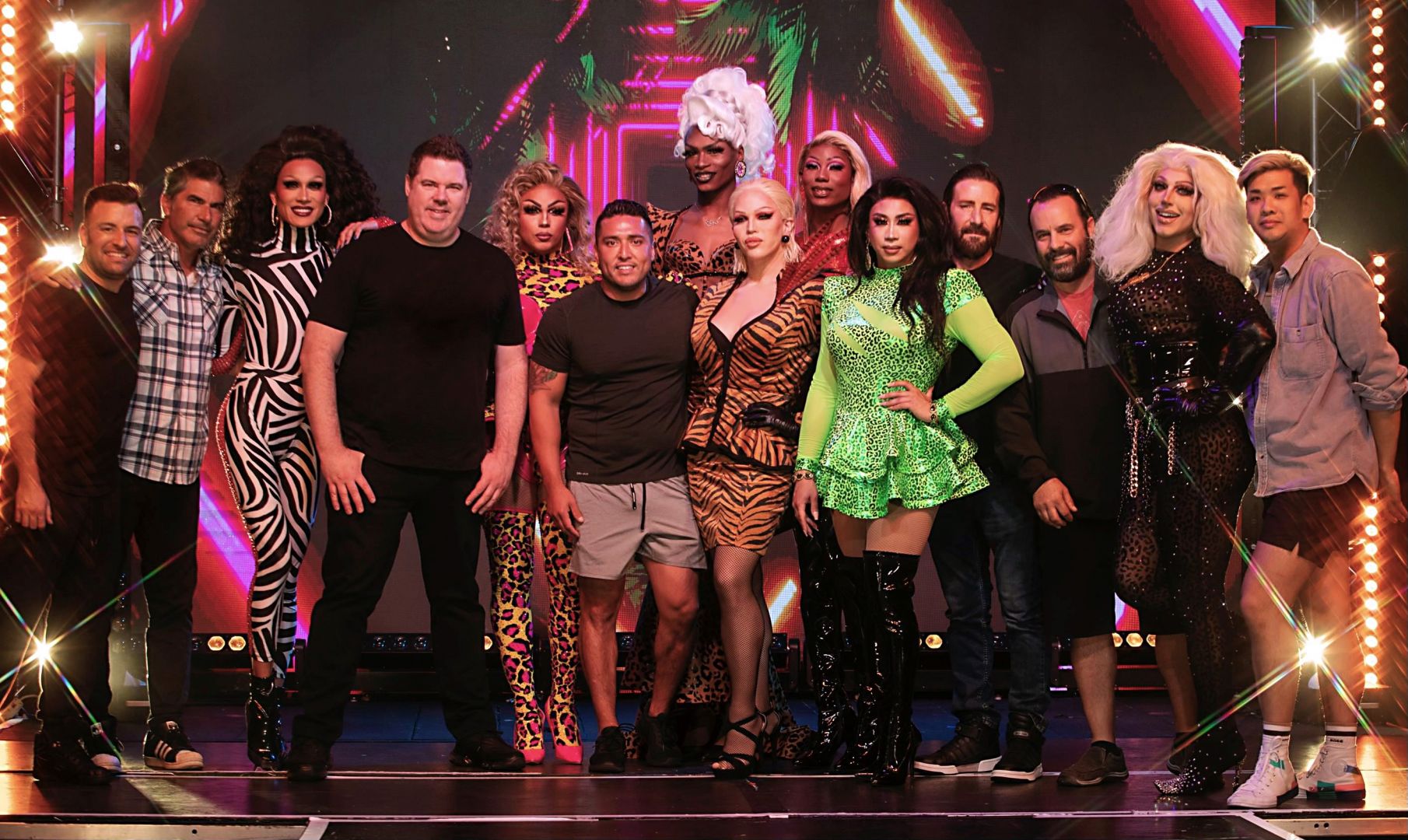 Let’s talk shop? Tell us more about your career, what can you share with our community?
We are the “World Famous Rocco’s Roccettes” 7 diverse and talented Drag Queens of Rocco’s WeHo, and each of us individually bring forth different aesthetics to the group. We debuted our first show on Feb 9, 2020.

Anya Knuts, (IG @anyaknuts) our Pinay dancing diva from the heart of Long Beach. She’ll give you that Boom Boom Kack bucking the house down you desire with a mug you can’t take your eyes off. Hope you’re not allergic, cuz she’s serving… KNUTS!

Aurora Sexton, (IG @aurorasexton) is an accomplished actor, producer, writer and performer living and working in Hollywood, CA. Aurora holds multiple titles and awards including National Entertainer Of The Year, Miss Renaissance and is one of the few former Miss Gay USA to win every category on final night.

She is also heavily involved in the LGBTQIA+ community as an advocate and activist for transgender rights.

Currently Aurora is the full time art director and creative director for Brad Hammer Productions working with many of your favorite Drag Race contestants and can be seen guest starring on Tyra Banks hit series “Generation Drag” now streaming on Discovery Plus.

Butter, (IG @buttermcghee) is West Hollywood’s premier glamp Queen who effortlessly blends glamour and camp into one foolishly fun package. She is our Co-hostess with the most tits and known for her quick wit hosting abilities, after seeing her you’ll be sayin “I can’t believe it’s Butter!”

Kyra Jeté, (IG @kyrajete) from the House of Jeté. Kyra is a Los Angeles-based drag queen. She’s well known for her dancing, athleticism, and stunts. Kyra isn’t afraid to do daring tricks unlike any other performer out there. She knows how to work a room and captivate audiences of all types. She is a trained dancer and her confidence on stage is wildly apparent.

La’Don Amour, (IG @sunofthedon) the Founding Mother of Kiki Haus of Ferrero Rocher. La’Don Amour is a South LA Native with lots of love and beautiful ideas. La’Don has trained for years in the field of Performing Arts. She began discovering herself in the West Coast Ballroom scene in the 11th grade before discovering drag, and then fusing the two worlds. La’Don hosts and performs like lighting.
She has been featured as a brand ambassador for NYX Cosmetics 2021 Pride Campaign and you can also see her on several different television shows such as Days Of Our Lives.

Lolita Colby, (IG @lolitacolby_) from the legendary Colby Dynasty. Lolita is one of WeHo’s iconic powerhouse divas. She combines her eye for fashion, high-drag glamour, and bold humor to be an unstoppable force in the world of drag. Lolita commands a stage with her tiny waist and incomparable beauty. She is everyone’s favorite badass with the flat ass!

You can also find her hosting her own show; Lolita Colby’s Headliners on Saturdays at Rocco’s Weho at 2 PM & 4 PM featuring a rotating cast of SoCal’s best drag performers.

Miami Knight, (IG @miamiknight_) from the house of WILD and is the OG queen of Rocco’s weho. She is our Latina diva full of high energy, spicy, fierce performances and will slay you with a smile. Whenever she is in the room it is sure to be a good old WILD time. Keep an eye out for her in a city near you.

Our Roccettes family also include: Sasha Colby, Salina Estitties, Rhea Litré, Calypso Jeté, Hazel Balmain, Godoy, Ja’dore Knight, and Joey Jay who have all joined us on a Sunday Show.

A challenge? Coming together as a girl group we have to work together as a team while showcasing our differences as individuals. Also, dealing with seven personalities in one room can be quite chaotic! Some of us like to play pranks on one another so backstage is an experience in itself!

We would love to be known as a tourist attraction, and a welcoming show for all ages when visiting West Hollywood. According to TMZ Tours, they stated in their video that Rocco’s drag shows are fun; we tend to wave hello and perform for the tour vans when they drive by.

Coming to our show, our guests will have a great time! Those who are celebrating birthdays, engagement, marriages, divorces, etc. we have a special moment for celebrants during our halfway mark where they get to show their moves on our stage! It is our favorite moment of the show because we get to interact with the guests. 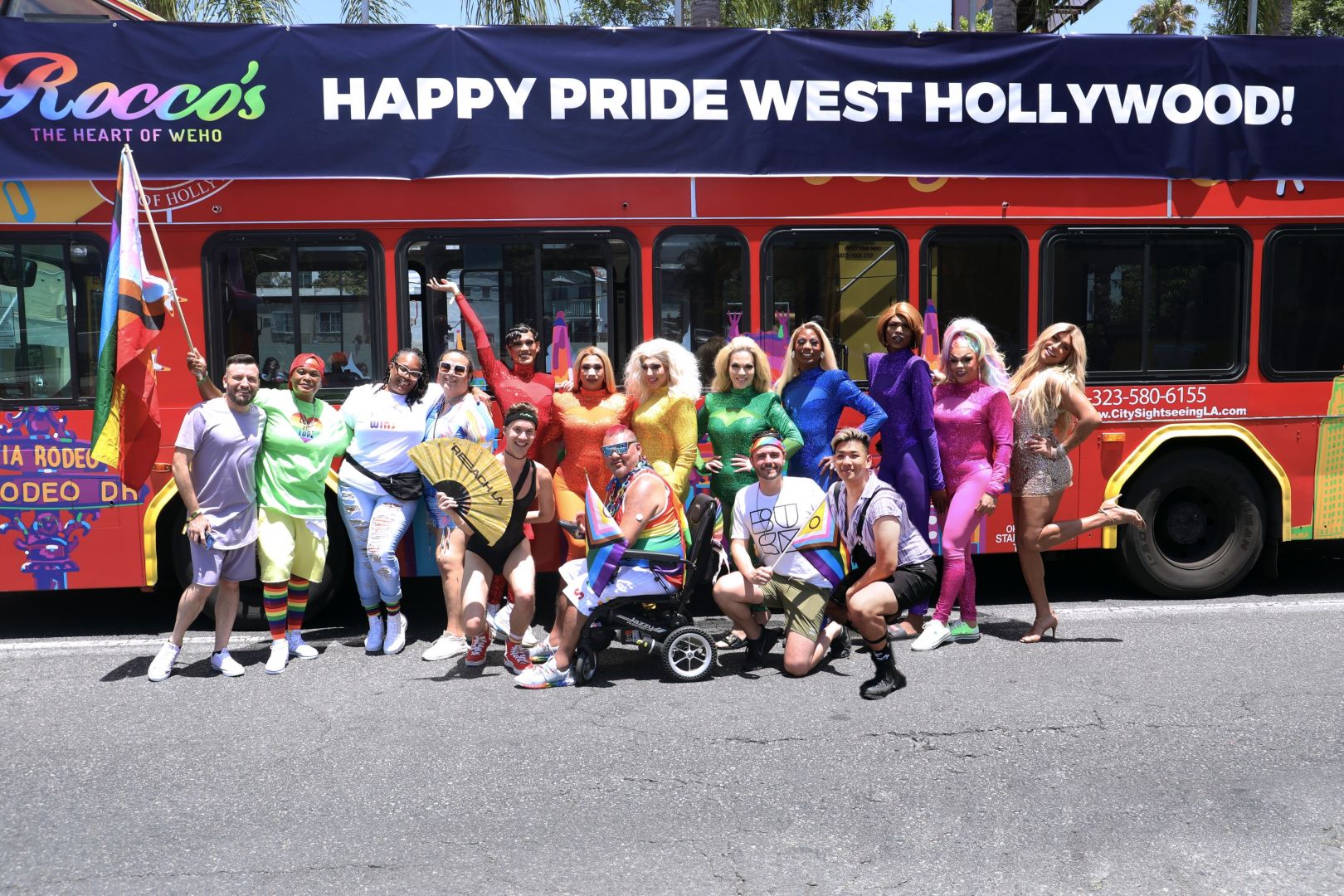 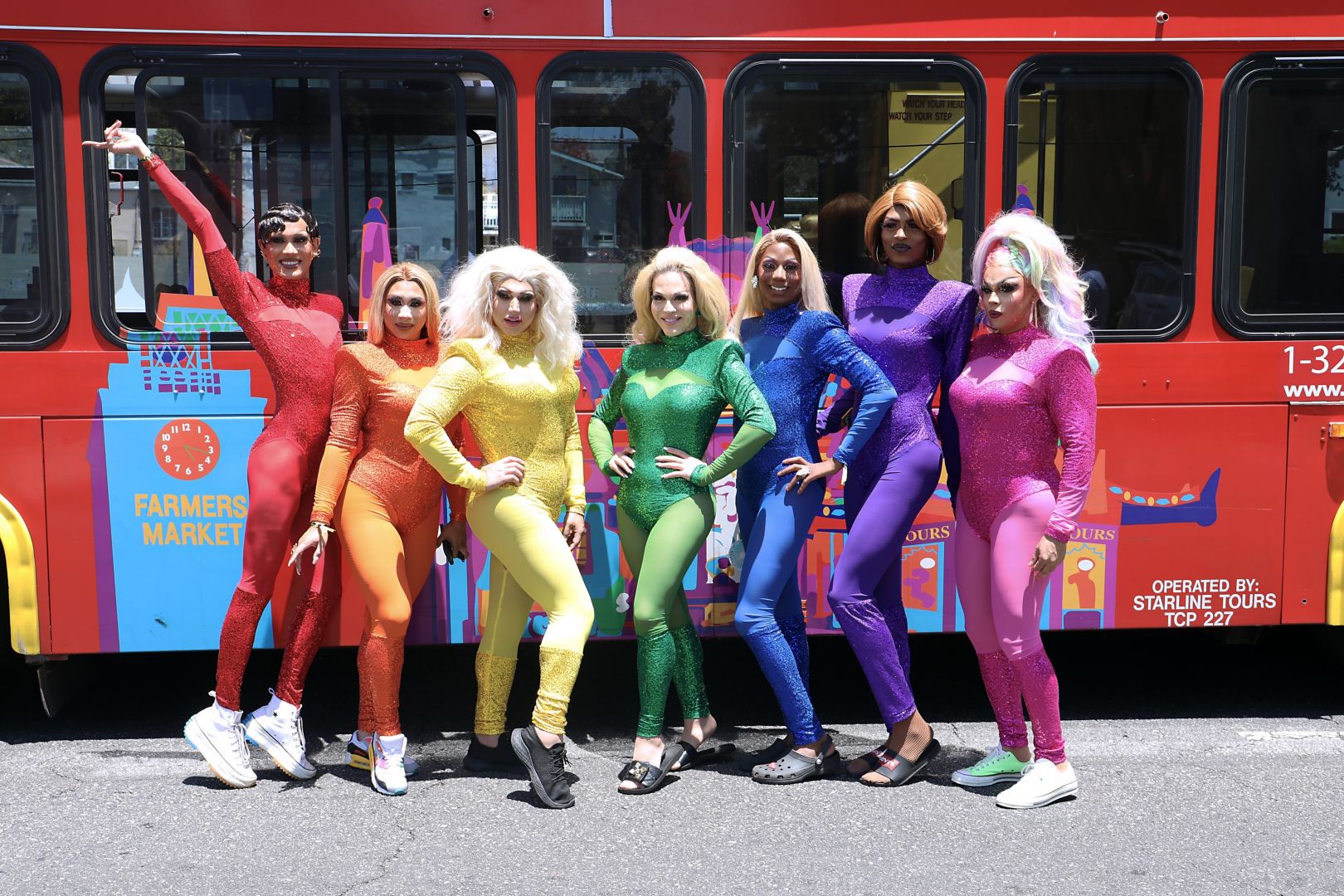 Let’s say your best friend was visiting the area and you wanted to show them the best time ever. Where would you take them? Give us a little itinerary – say it was a week long trip, where would you eat, drink, visit, hang out, etc.
Hmm, we would take them to our show of course! Jokes aside.

We would show our friend to the hottest spots in WeHo, the bars, the restaurants. WeHo has so much to offer!

Must bring them to:
Dragged Out on Wednesday night at Rocco’s
Lolita Colby’s Headliner Show on Saturdays
Heart Weho
Heavenly Bodies at The Chapel hosted by Sasha Colby every 2nd Sunday of the month 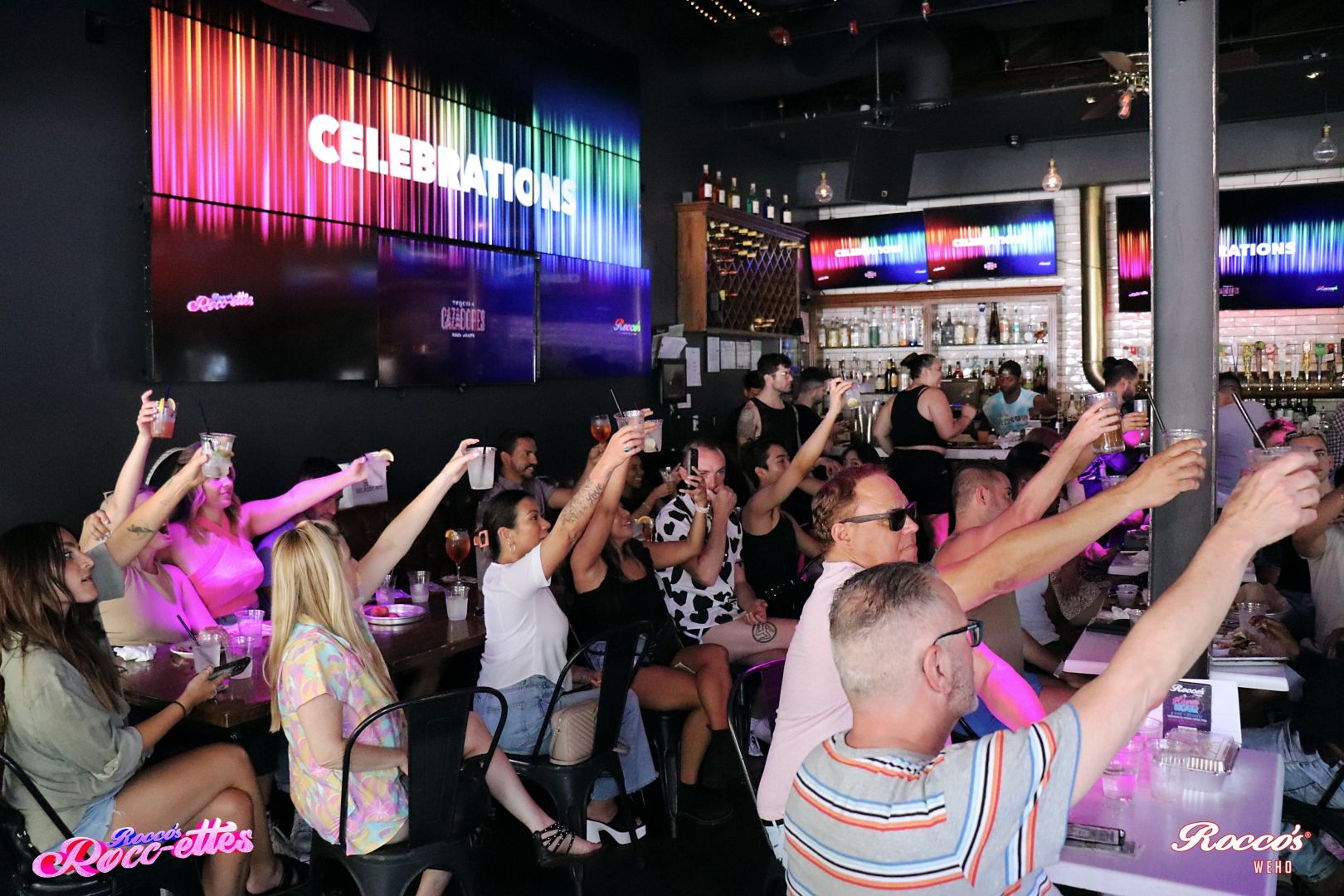 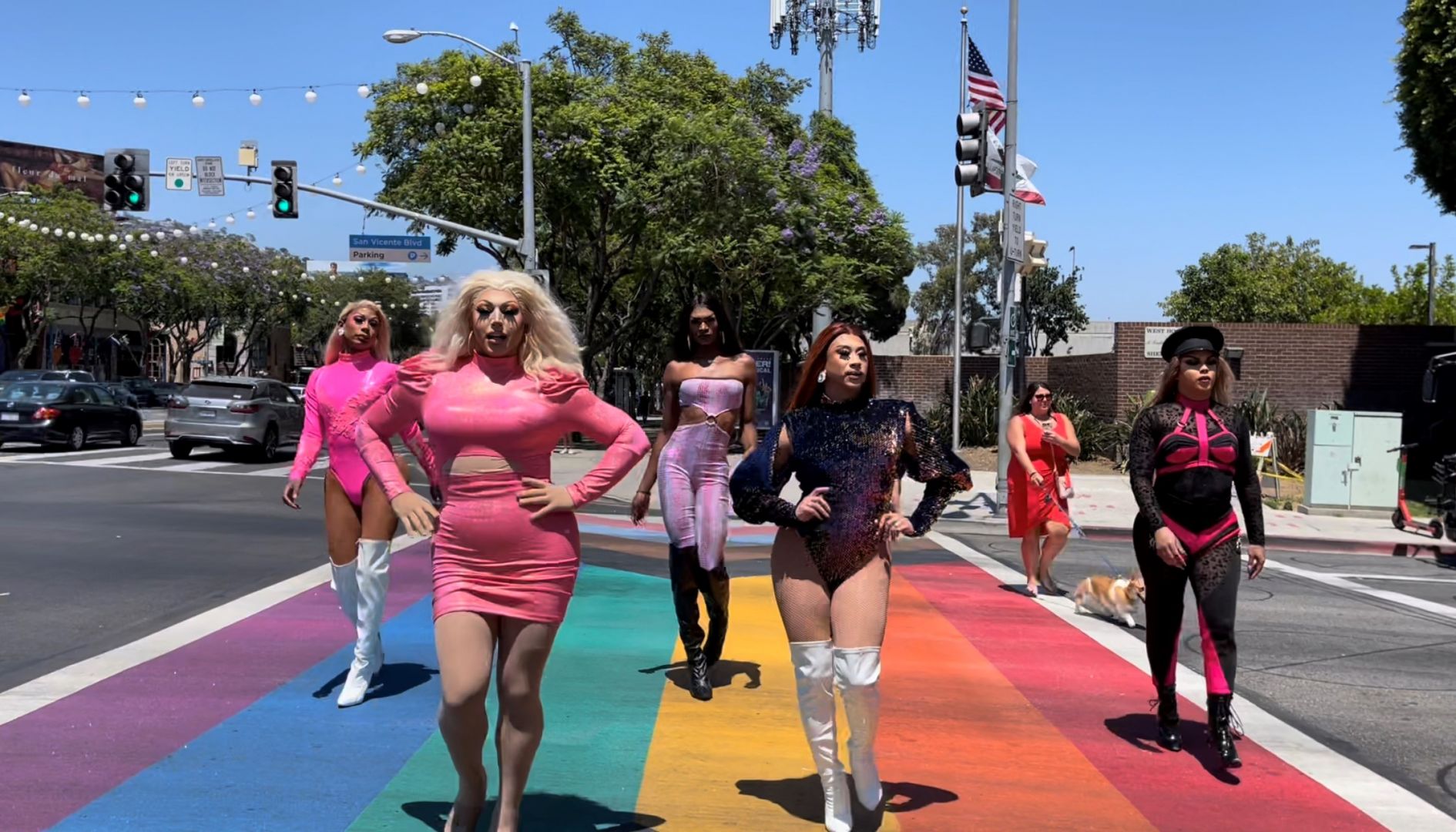 The Shoutout series is all about recognizing that our success and where we are in life is at least somewhat thanks to the efforts, support, mentorship, love and encouragement of others. So is there someone that you want to dedicate your shoutout to?
We would like to give a huge shout out and thanks to the iconic Billy Francesca , the founder of “Dragged Out”. Majority of the Roccettes started on the Dragged Out stage; where everyone got acquainted with Beau Byron. Without the Dragged Out platform opening opportunities to aspiring and up and coming local Drag Queens, the Roccettes wouldn’t have been formed.

Adolfo Espinoza- the amazing manager of Rocco’s WeHo & Heart WeHo. For putting up with us every Sunday and allowing us to have a space to entertain the patrons. 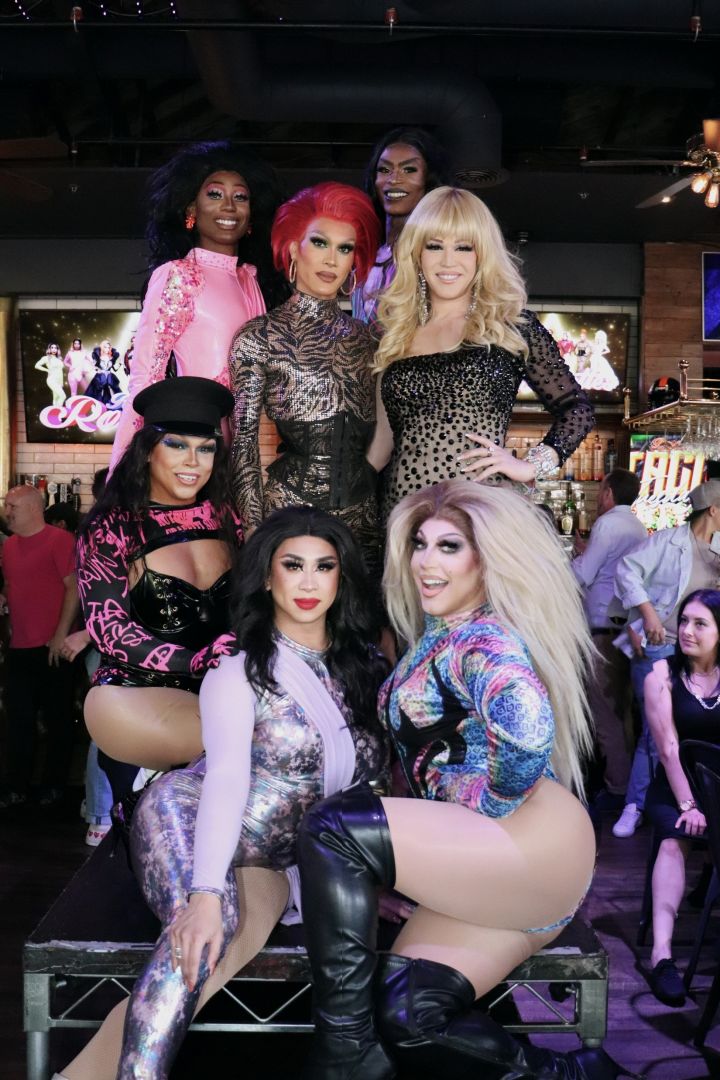