We had the good fortune of connecting with Ron Sarchian and we’ve shared our conversation below.

Hi Ron, what role has risk played in your life or career?
I truly believe in “No risk, No reward”. It all started for me, as a kid, growing up in Detroit after my dad died when I was 3 years old. He was only 33 years old. I learned about death at a very young age which taught me in a very hard way. Life is short, get out there and live it. After graduating from college and playing college football I was getting bored with my life. Yes, I was married and had just been introduced to skydiving and kickboxing while working at Boeing in Seattle, WA. Soon I was introduced to stuntwork and working also as a professional stuntman. I finally made the choice to quit my job at Boeing, get a divorce after 7 years of marriage and sell my house which I had just finished remodeling. Why,, because I wanted to take a risk at being a professional stuntman. Yes, I still am a stuntman but now I work more as a fitness professional here in the San Fernando Valley. In 2004, I decided to take a huge risk and try to break my first Guinness World Record and I was successful. It was incredible but yet again “No risk, No reward”. Now I have 20 Guinness world records and I’m on my way to breaking 50 of them. It has been a theme in my life and it always will be. I’m getting ready to embark on another large risk but I won’t mention that until it happens. All I can say is that for me “Risk is huge”. 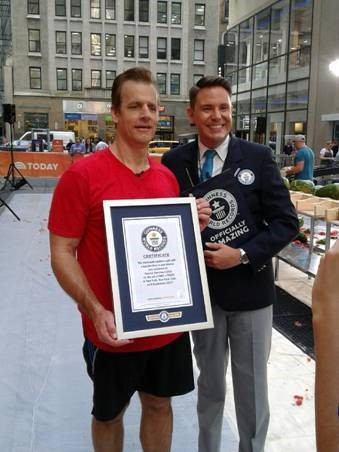 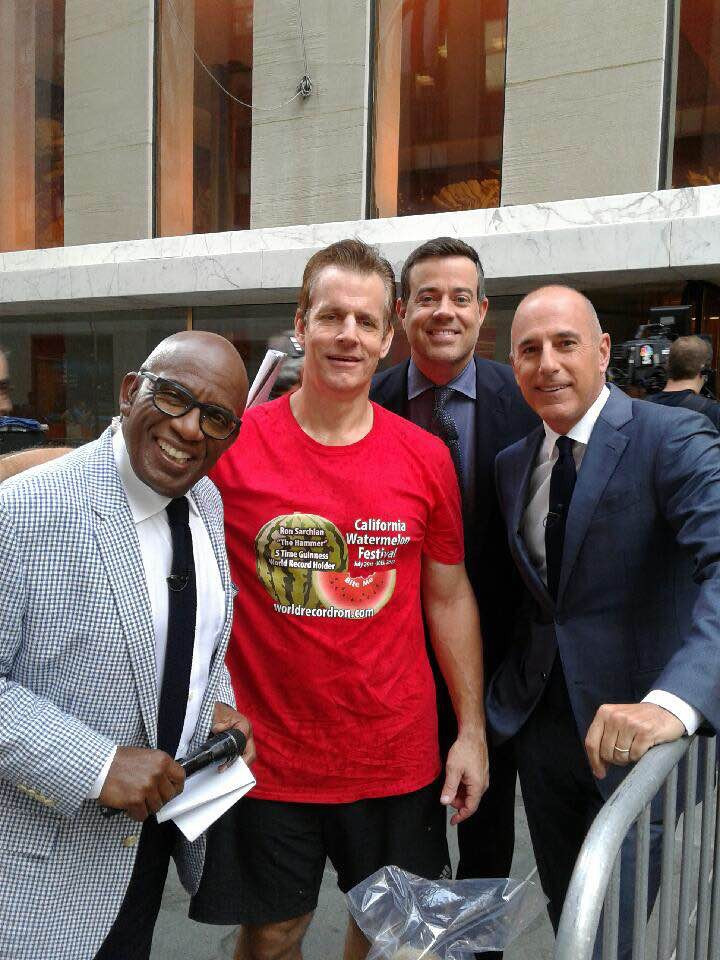 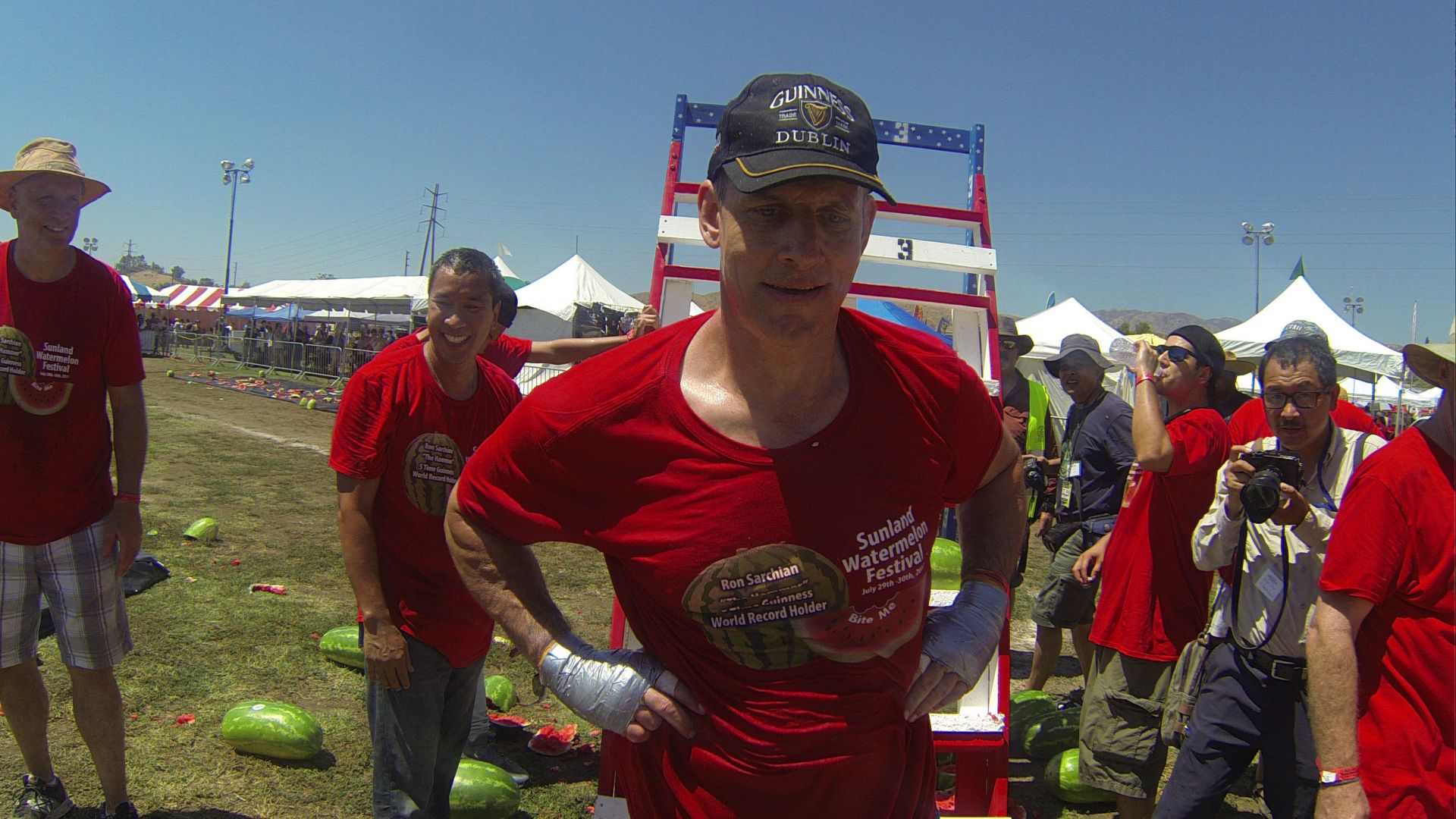 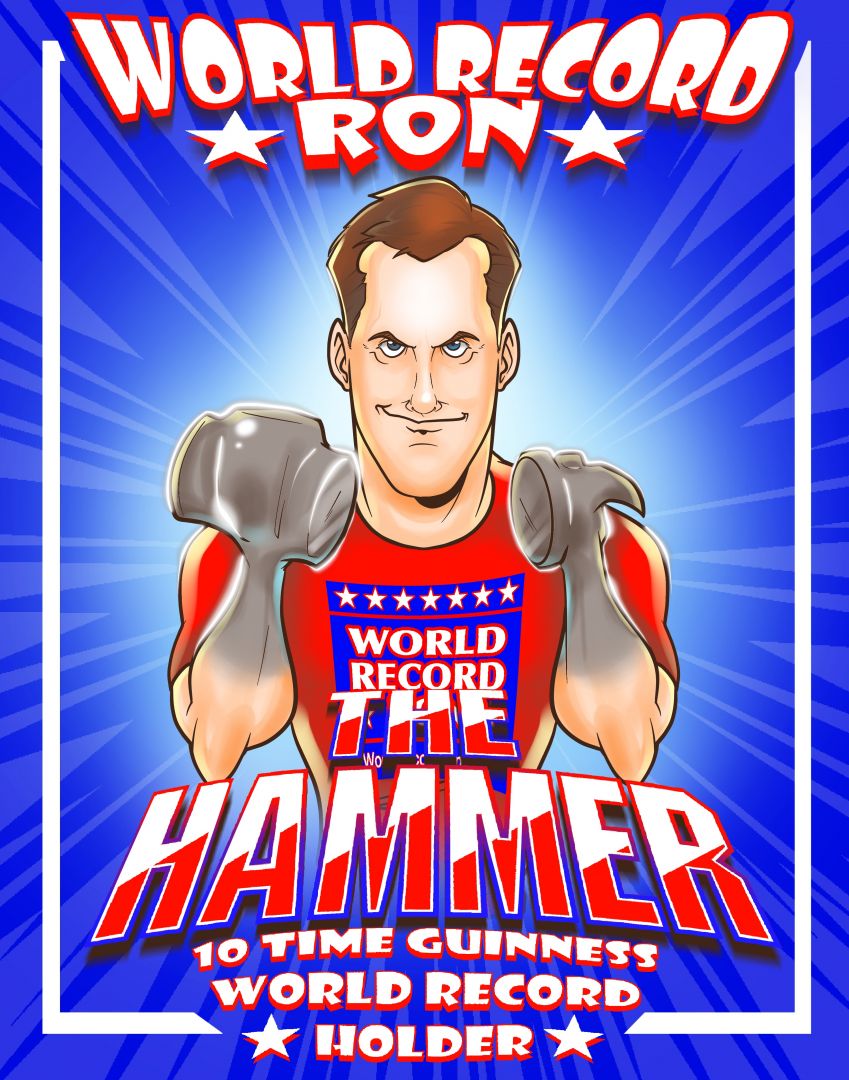 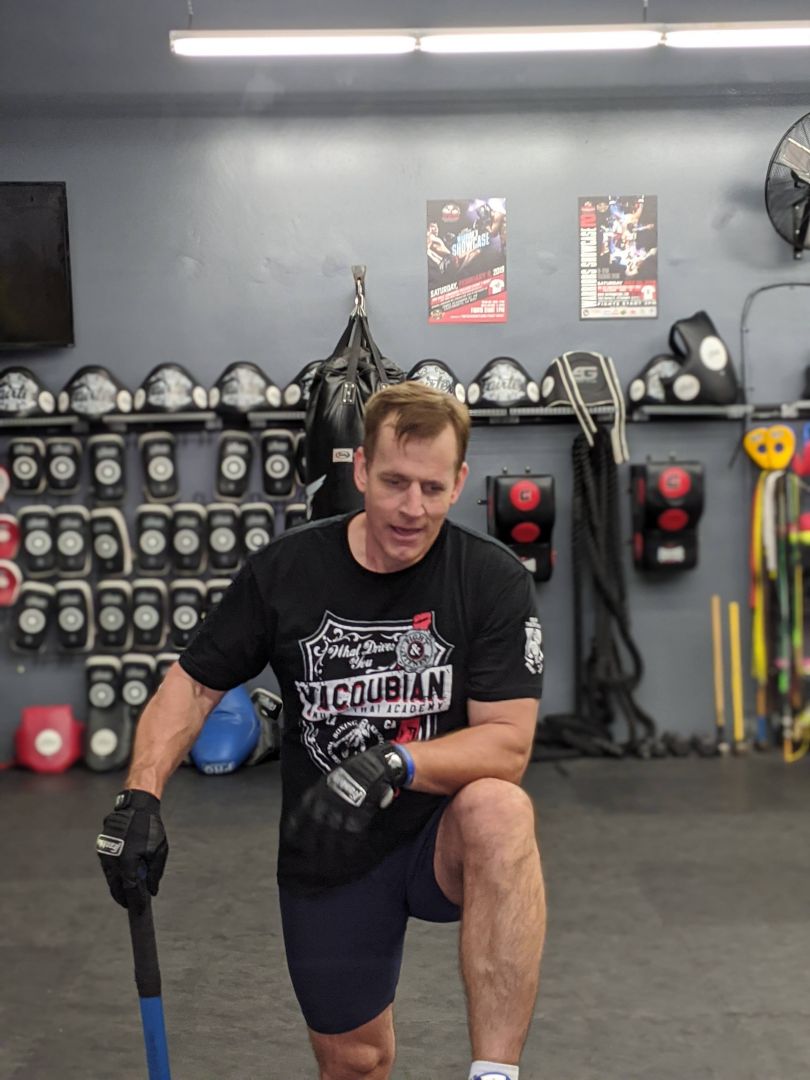 Can you open up a bit about your work and career? We’re big fans and we’d love for our community to learn more about your work.
I currently work as a personal trainer and a stuntman but both of these have come to a sudden halt for quite a while now. As more people get vaccinated things seem to be opening up but it still has been pretty slow. I really enjoy helping people get healthy in every way possible. Basically, Move more, Eat less is the key. As a stuntman we are going back to risk again and it’s always fun to have to do a fight scene, a fall or even a fireburn, which is how I got started in the business. My other career is breaking World Records and right now it’s what I’m focused on due to the pandemic and I love it. I enjoy the process of figuring out how to be the best in the world at something. It’s a labor of love for me but there are only a handful of people in the world who have broken 20 Guinness world records and that is a source of pride for me.

If you had a friend visiting you, what are some of the local spots you’d want to take them around to?
When I first moved to Southern California I ended up living in Hollywood near the Hollywood sign and I thought that was a big deal. Back then, 25 years ago, my mom would come out to visit once a year for a week or two. One year, I asked her what were 3 things that she always wanted to do but never was able to ? She replied with, go horseback riding, go shopping on Rodeo Drive in Beverly Hills and get a tattoo. So, I started planning for her trip and it was one of the funnest weeks that I ever spent with my mom. First, we went shopping on Rodeo which was way out of my comfort zone but she knew exactly what she wanted to get. We didn’t buy much but we had a great day walking around and having lunch etc. Next, a few days later we went horseback riding up near the Hollywood sign which was a blast. She had never been on a horse and was scared to death but we had a fun few hours. Then to finish up I had a friend who was a tattoo artisit and I was able to talk him into tattooing a rose on both of us, in the hip area. We ended up getting a feature in Tattoo Magazine which was hilarious. I think this is the best way to have fun doing Bucket List items. It’s something that my mom and I still talk about over 20 years later. I would also throw a helicopter ride over downtown LA, that would have also been awesome. 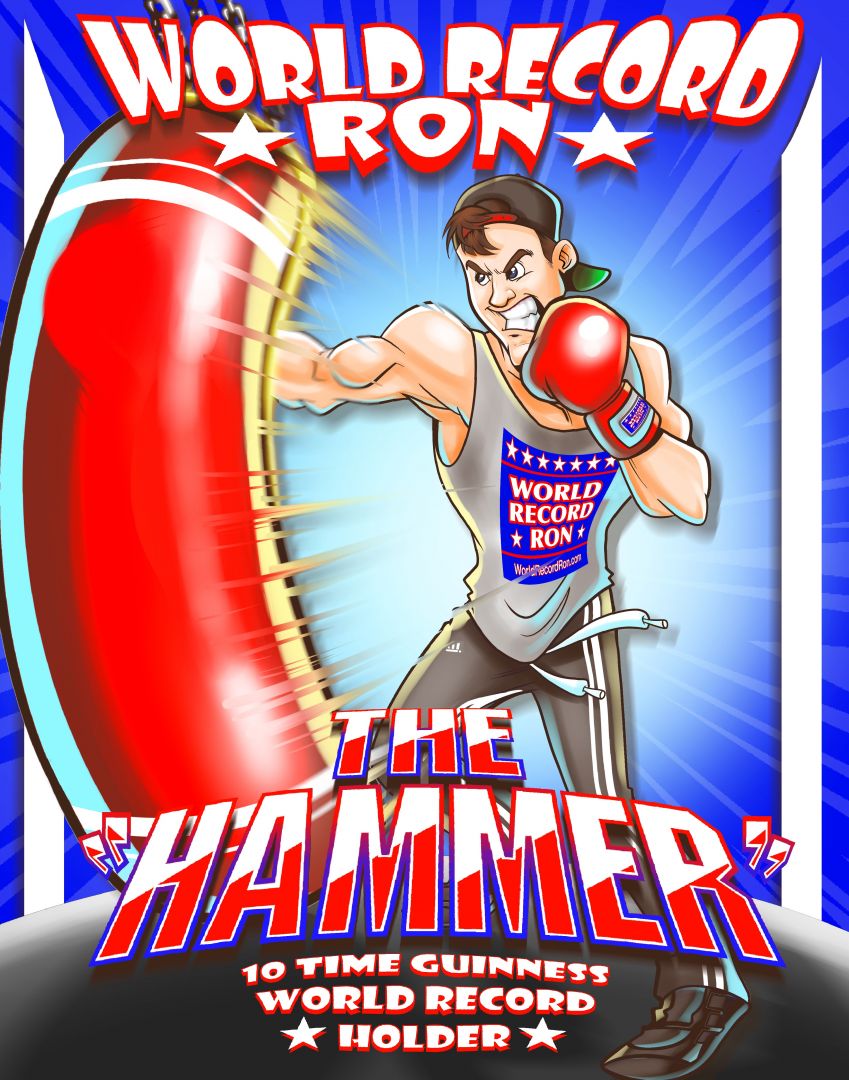 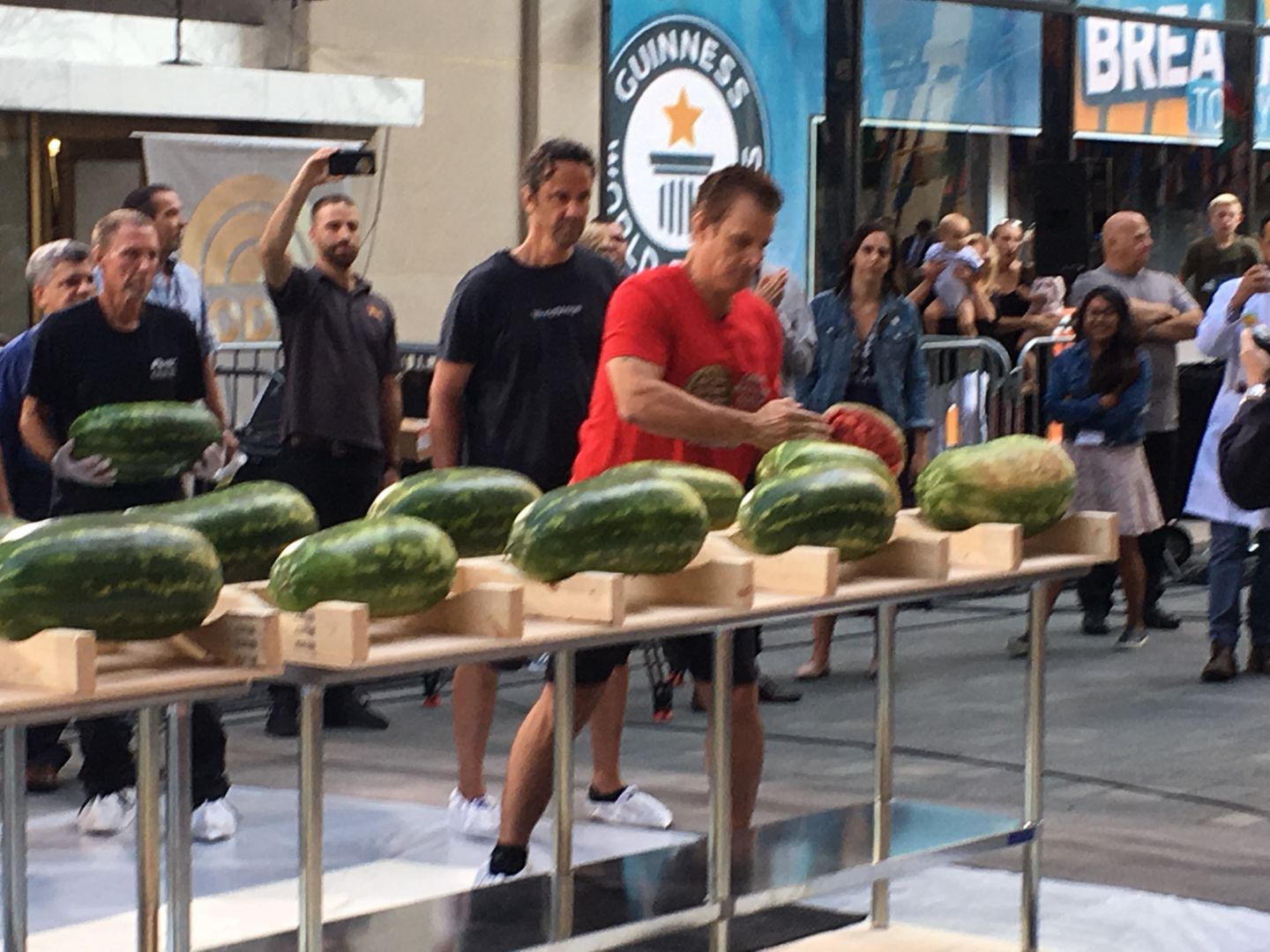 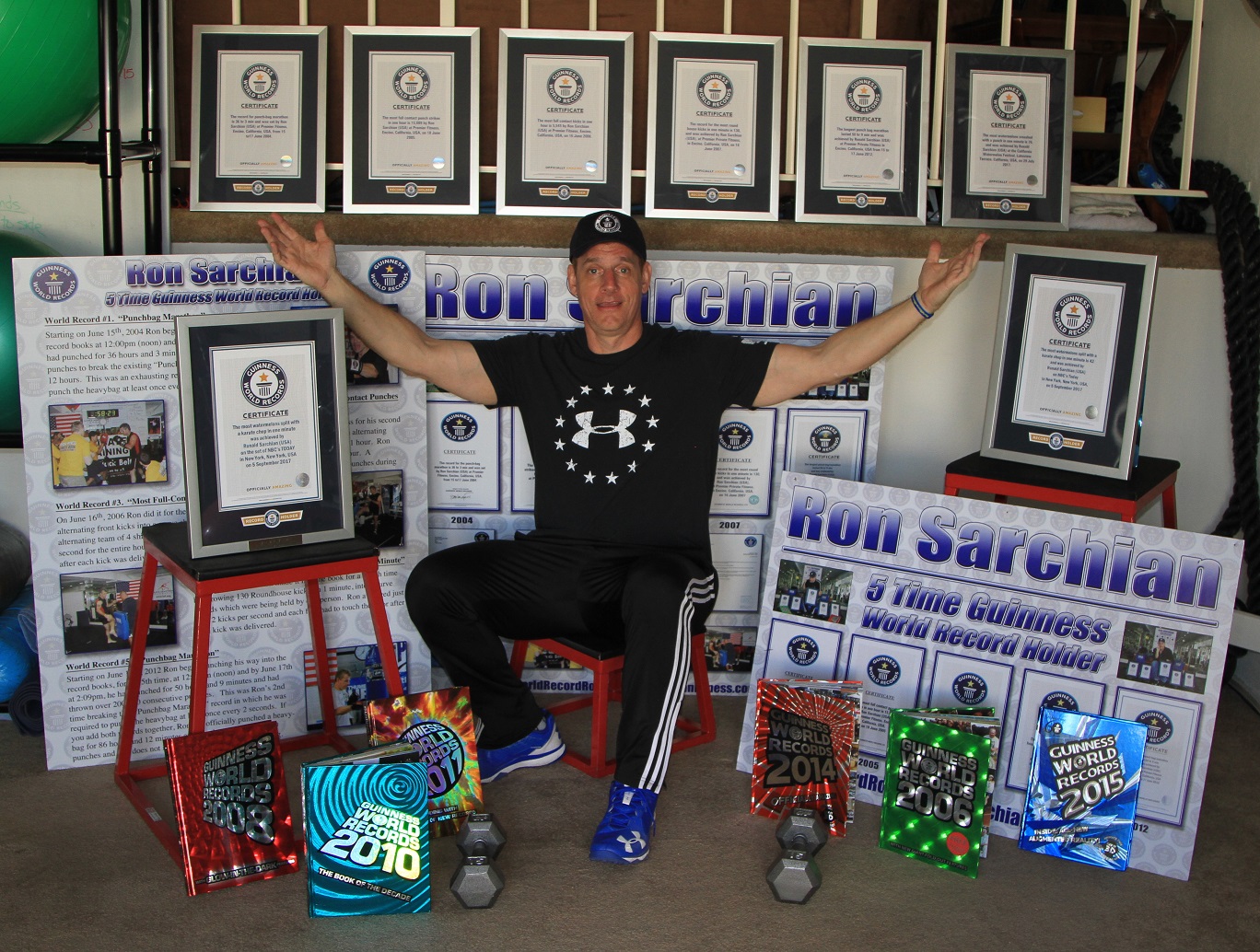 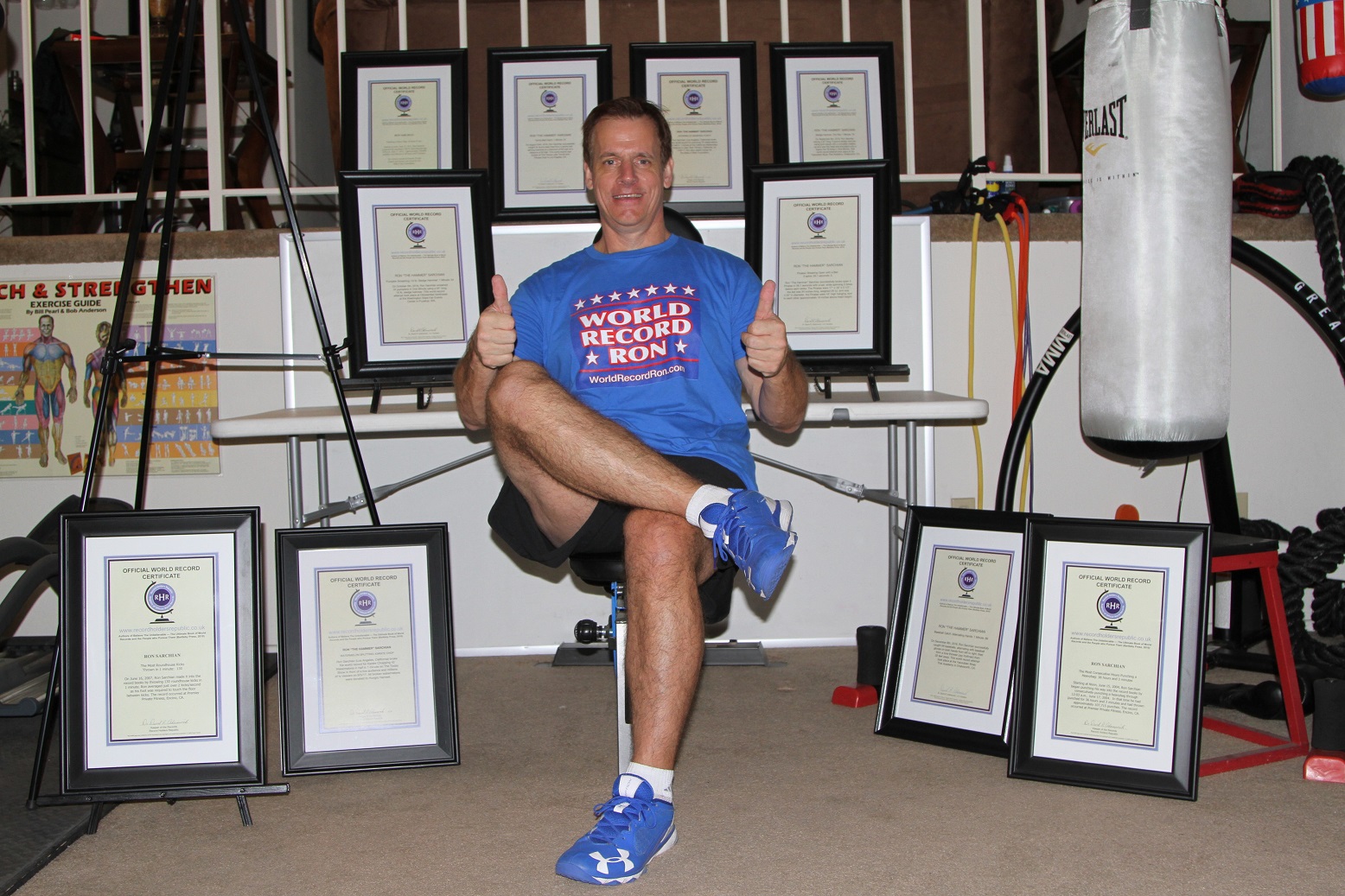 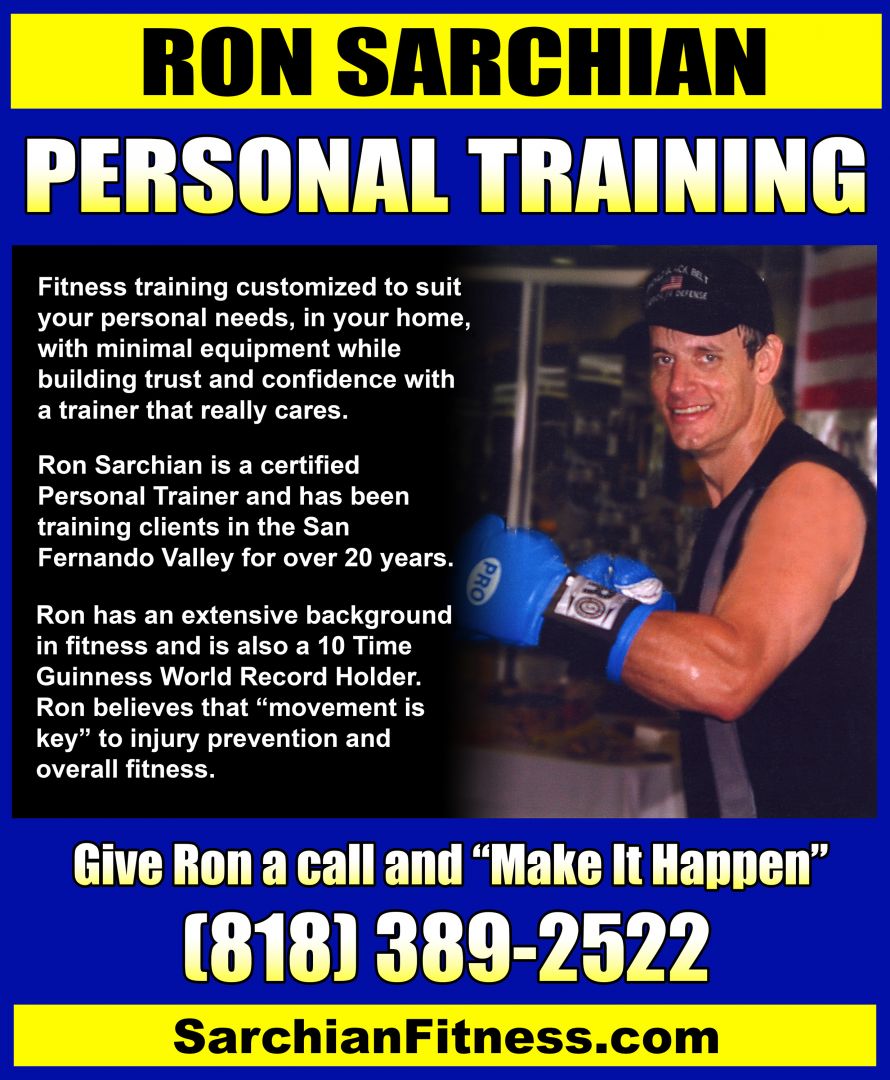 Shoutout is all about shouting out others who you feel deserve additional recognition and exposure. Who would you like to shoutout?
My biggest shoutout would be to my dad, Arthur “Archie” Sarchian who passed away in 1967 and my mom who is still alive but is suffering with dementia. Without these 2 amazing people, I simply don’t exist or succeed like I have. Also, there are so many people in my family that helped raise me as an only child with a single mom. Plus, all of the people who have helped me break numerous Guinness World Records. Two of my mentors in the stunt world are Gene LeBell and Carl Ciarfalio and the list goes on and on in so many ways…

Image Credits
Several of these pics were from Michael Caradonna who is my videographer and photographer for most of my world record attempts and I have purchased them from him. It would be great to give him credit for most of the shots besides the ones on the Today Show.