We had the good fortune of connecting with Roshni “Rush” Bhatia and we’ve shared our conversation below.

Hi Roshni “Rush”, what is the most important factor behind your success?
There are several factors that have contributed to my growth in the film industry. For example, the friends I made back in film school that I still collaborate with, or the unconditional support from my parents back in India, or simply the icons that have inspired me to become the filmmaker I am today (Richard Matheson, Shirley Jackson, Rod Serling, James Cameron, etc.). However, I strongly believe that it was my persistence towards finishing projects that led to my “incremental” growth and progression, in turn also allowing me to explore wider avenues of storytelling and opening up to ideas I once was afraid to tackle.

Persistence, determination and consistency was never a natural instinct to me. As a child, I was encouraged to participate in activities such as Indian classical singing, swimming, playing squash and even beading. Albeit I learnt a little bit of everything, fact of the matter is, I didn’t push hard enough. I became the jack of all trades and master of none. Mentally, it became clearer to me that everytime I picked up a new project, I’d eventually drop it half way through. I boxed myself into thinking that I’d never be able to finish anything. I experienced self doubt, anguish, perplexity, and depression.

But it was soon when I discovered writing and directing, that I began training myself to see a project through. It didn’t matter if it went to festivals, but it needed to reach completion. I still have my first two shorts sitting unfinished on a hard drive only because I was too intimidated and too scared that it would suck. There came a point when I had to ask, what was the worst thing that could happen if this movie sucked? Nothing. Literally, nothing. I’d have to learn from my mistakes and then make another one. From there on, I understood that instead of comparing myself to others, I need to compare myself to who I was yesterday. This is my reminder everytime I see a new challenge that appears to be insurmountable – whether it is a new project, picking up bigger weights or meeting new people.

As James Cameron once said, “Don’t put limitations on yourself. Others will do that for you.” 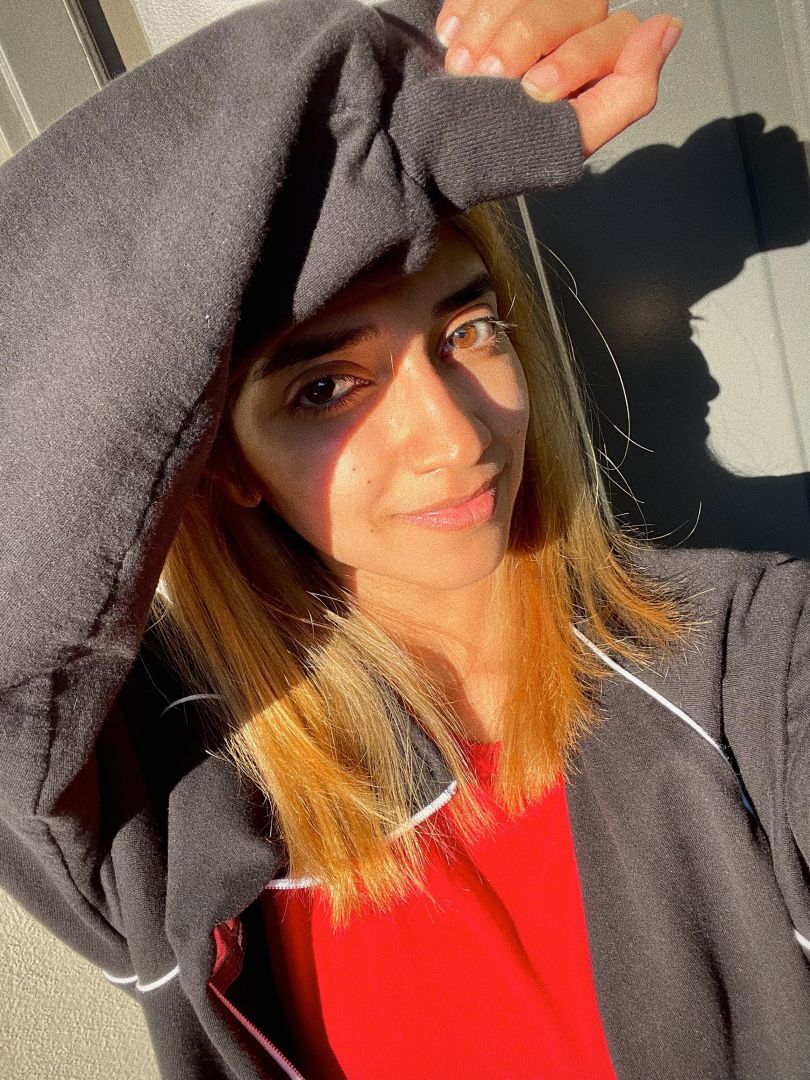 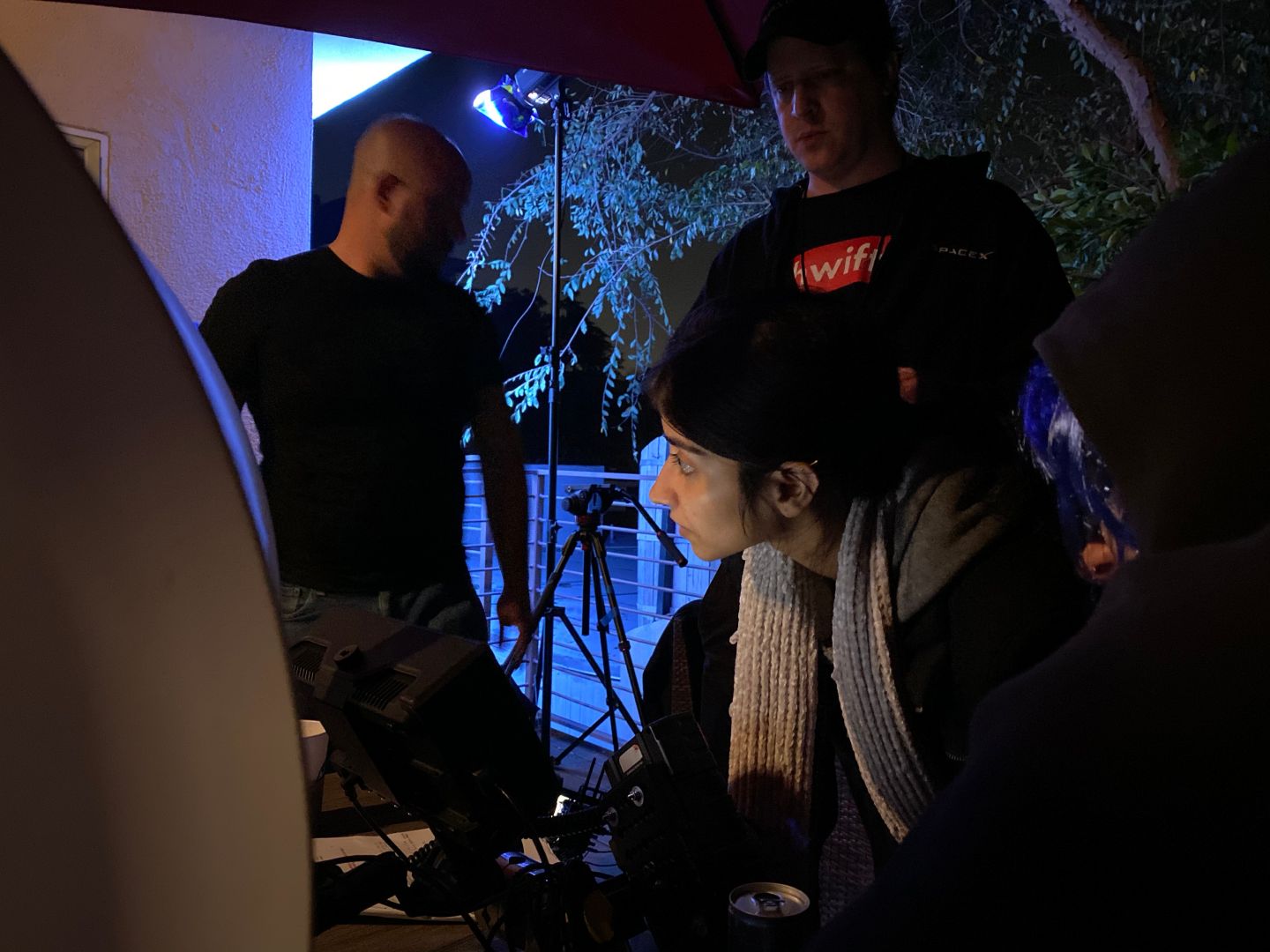 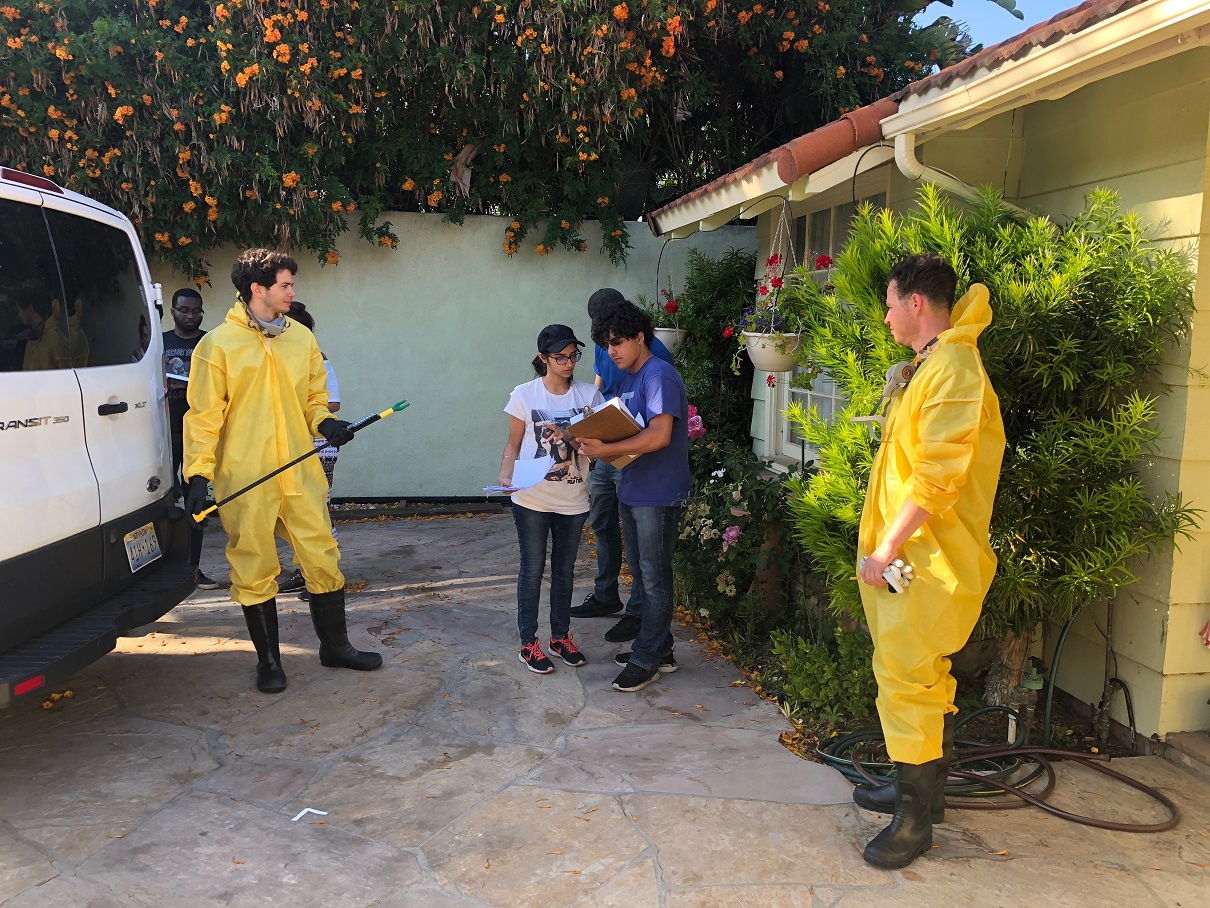 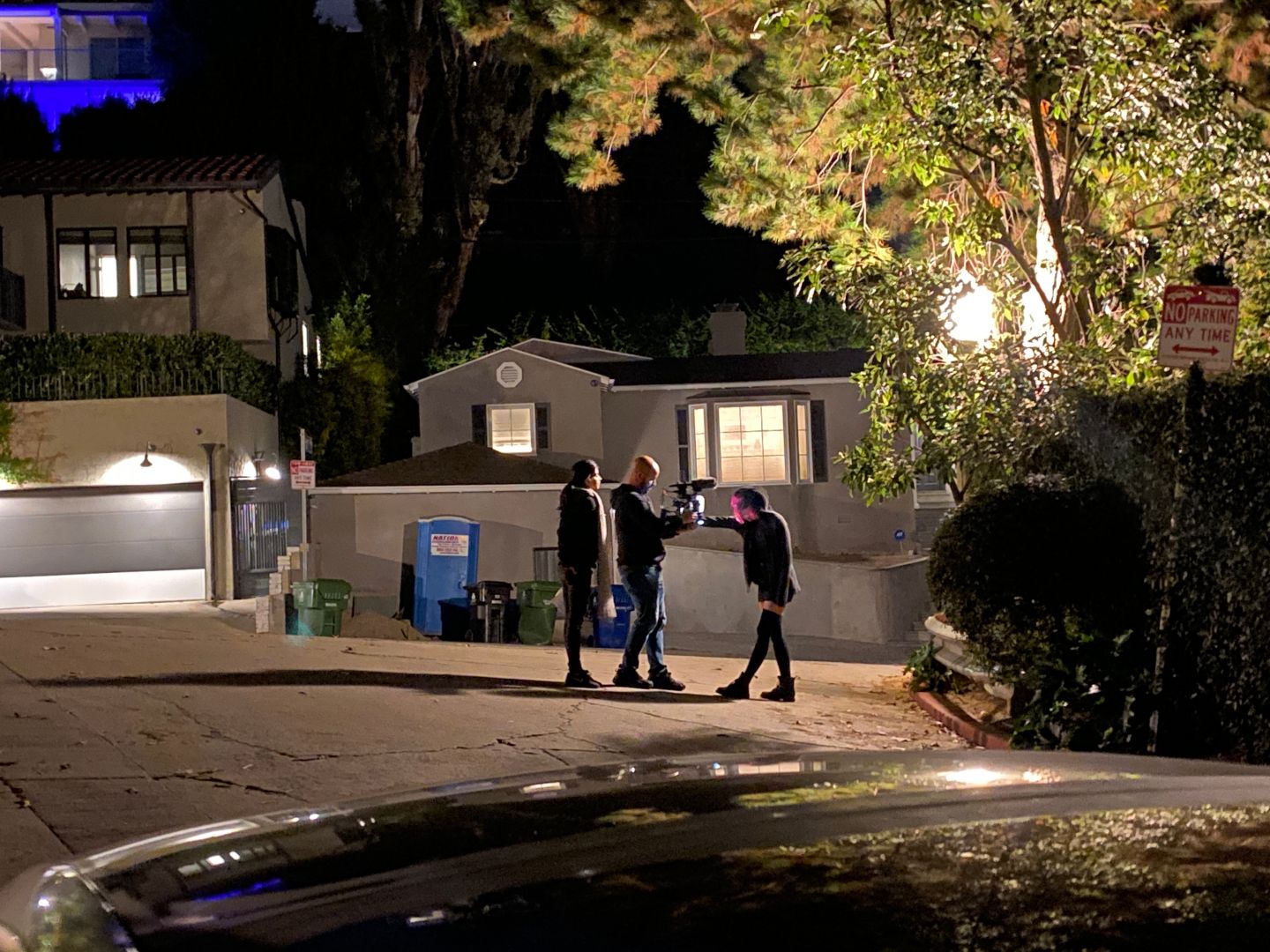 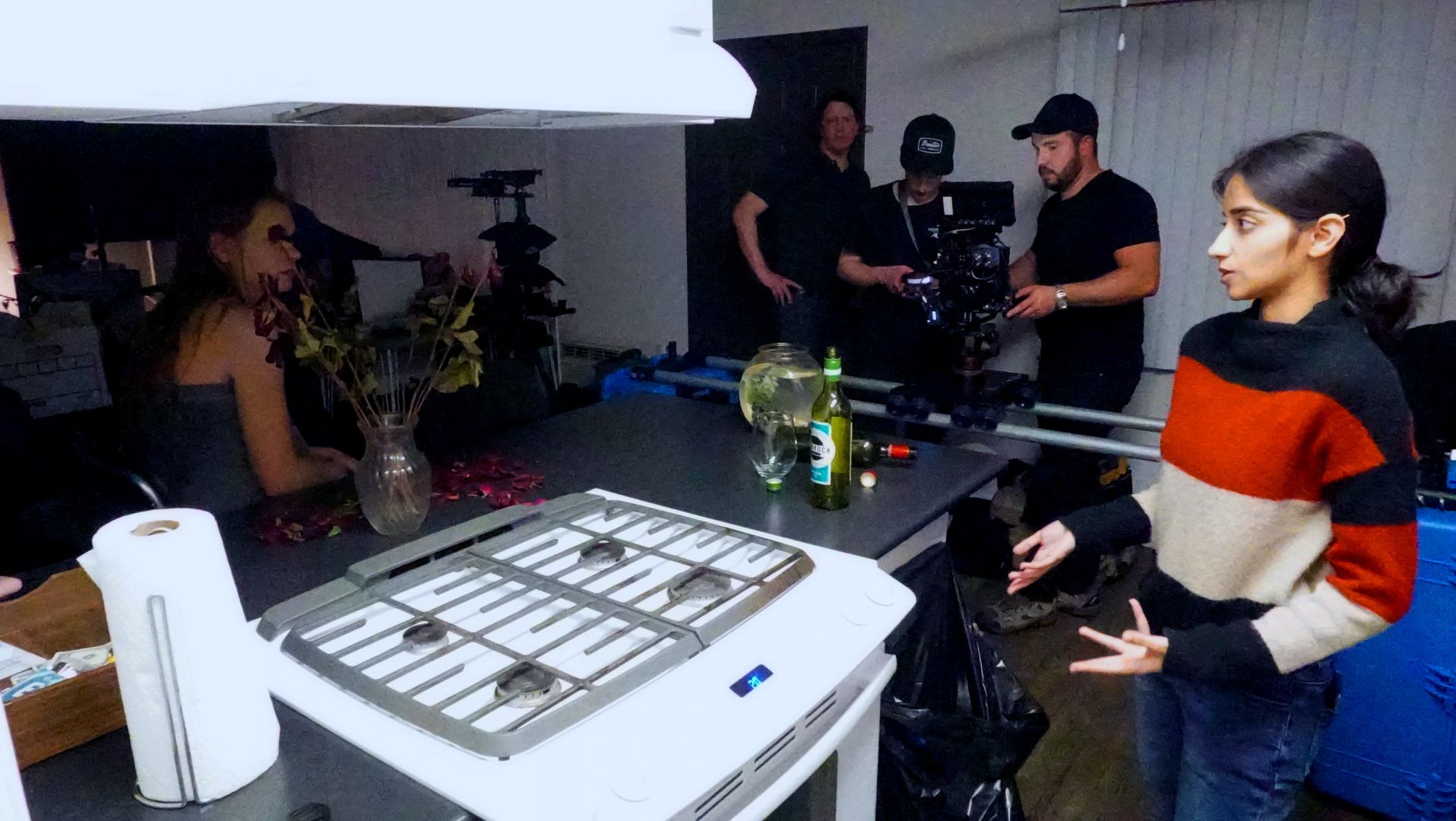 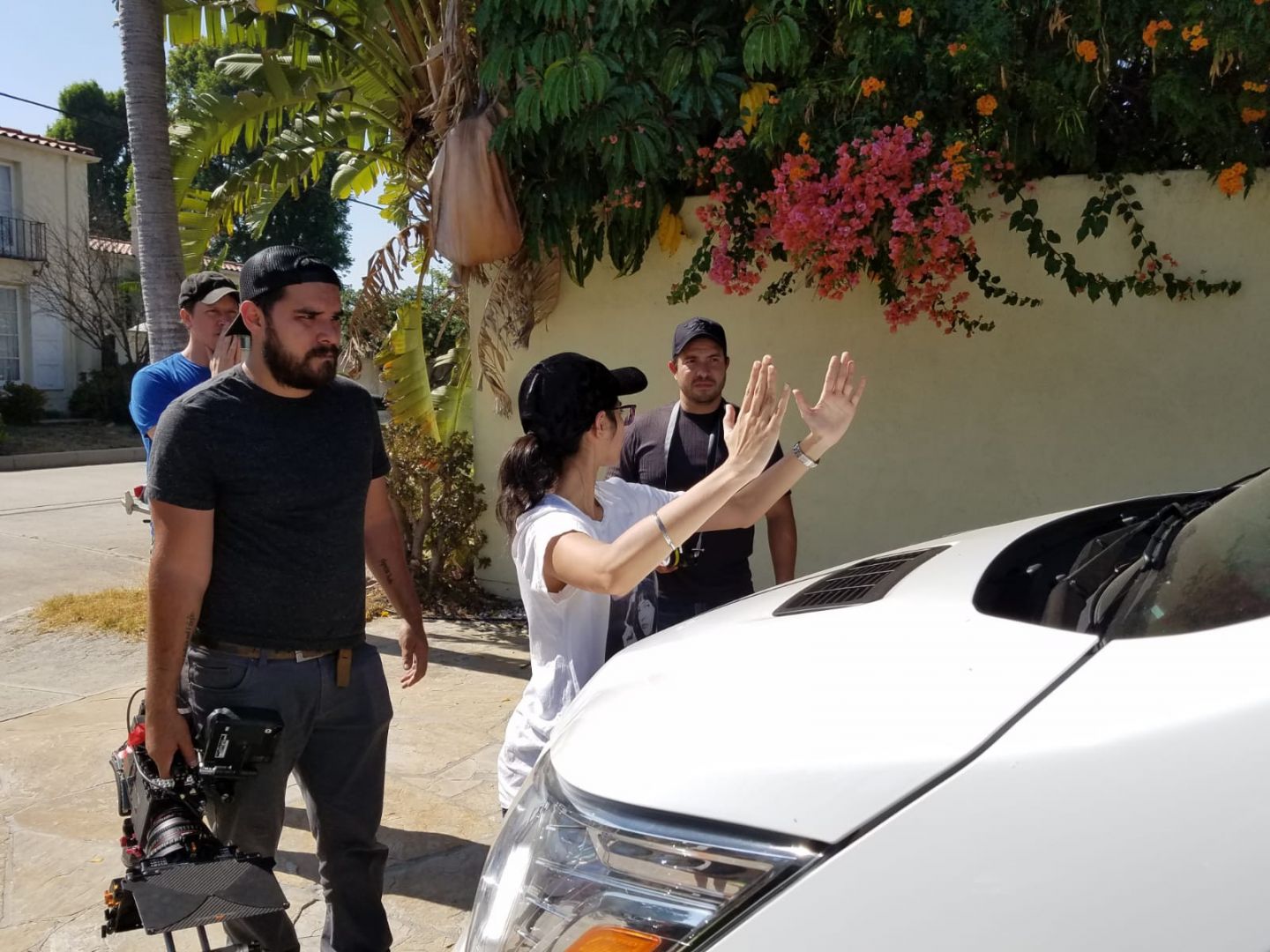 Let’s talk shop? Tell us more about your career, what can you share with our community?
When I first started out, like many filmmakers, I explored various genres to figure out what I liked the most. It was just a couple of years ago when I realized that I was naturally fascinated with horror, science fiction and similar genres. There was something about the unknown that I enjoyed capturing in my movies. Ever since, I’ve been making short films that have played around similar themes that have now gone on to win awards at festivals with selections at Raindance, HollyShorts, Leeds and the like. At the moment I have five short films in the circuit that were made with friends on different weekends. We played with lighting, angles and attempting experiments that either failed or succeeded.

In 2020, I was thrilled to have my writing feature alongside acclaimed authors such as Neil Gaiman in a sci-fi anthology. However, one of my proudest moments was to see my parents react when they saw my name printed as one of the authors in the book.

At the moment I’m excited about a few short films and a feature film in development as well as the release of an Alien vs. Predator anthology book that features one of my short stories.

I think when you surround yourself with like minded people, pick up positive traits and take responsibility, you get better at your craft. There was a lot that I didn’t know about filmmaking when I was working on short films and music videos back in India and there is a lot more I need to learn while I’m here in LA. However, along the way I learnt the importance of asking the right questions, to stay curious, to not be afraid of being judged and to be open minded about different points of view. I can’t say whether or not I have excelled in these traits, but I’m aware that without them, life can appear meaningless.
In regards to challenges… When I applied myself professionally — I still struggle with this sometimes — I had to figure out when to say no. Whether it was a meeting to network, an opportunity to direct a project or an idea proposed by a DP on set. Personally, it doesn’t get easier, but it is indeed helpful to find a balance, to try and be pragmatic, especially because when you’re a director, your whole job is about making choices.. ha-ha.

If you had a friend visiting you, what are some of the local spots you’d want to take them around to?
My best friend might already know this but the first place I would take her to would be GEN’s Korean BBQ in Glendale. This place deserves this biggest shutout in the world. I can guarantee you that if you’re a meat eater, you’re going to come here more than once. If you do, order the Spicy Pork Bulgogi, Beef Brisket, Premium Steak, Garlic Chicken… well, hit me up for the rest of the list, haha!

I’d also love to show her locations where some of our most beloved movies were shot at, such as Terminator, Back to the Future, etc.

I’d of course take her on the mandatory tourist-y expedition to the Hollywood Walk of Fame, Griffith Observatory, Beverly Hills’ Rodeo Drive, Santa Monica’s Pier, Universal Studios, including the hikes, breakfast and farmer’s market life of LA. Because she’s a dancer and model, I’d also be obligated to be her private photographer wherever she goes, maybe film some dance videos too?

Honestly — Because I’m less outgoing than her, she might end up showing me more of LA than I thought I’d seen, haha! Jokes aside, I’d love to take her down to Las Vegas, San Francisco and Catalina Island.

Ideally, I’d just like to spend time with her, then hopefully get her to miss her flight back to India and then keep her in my apartment forever. 🙂 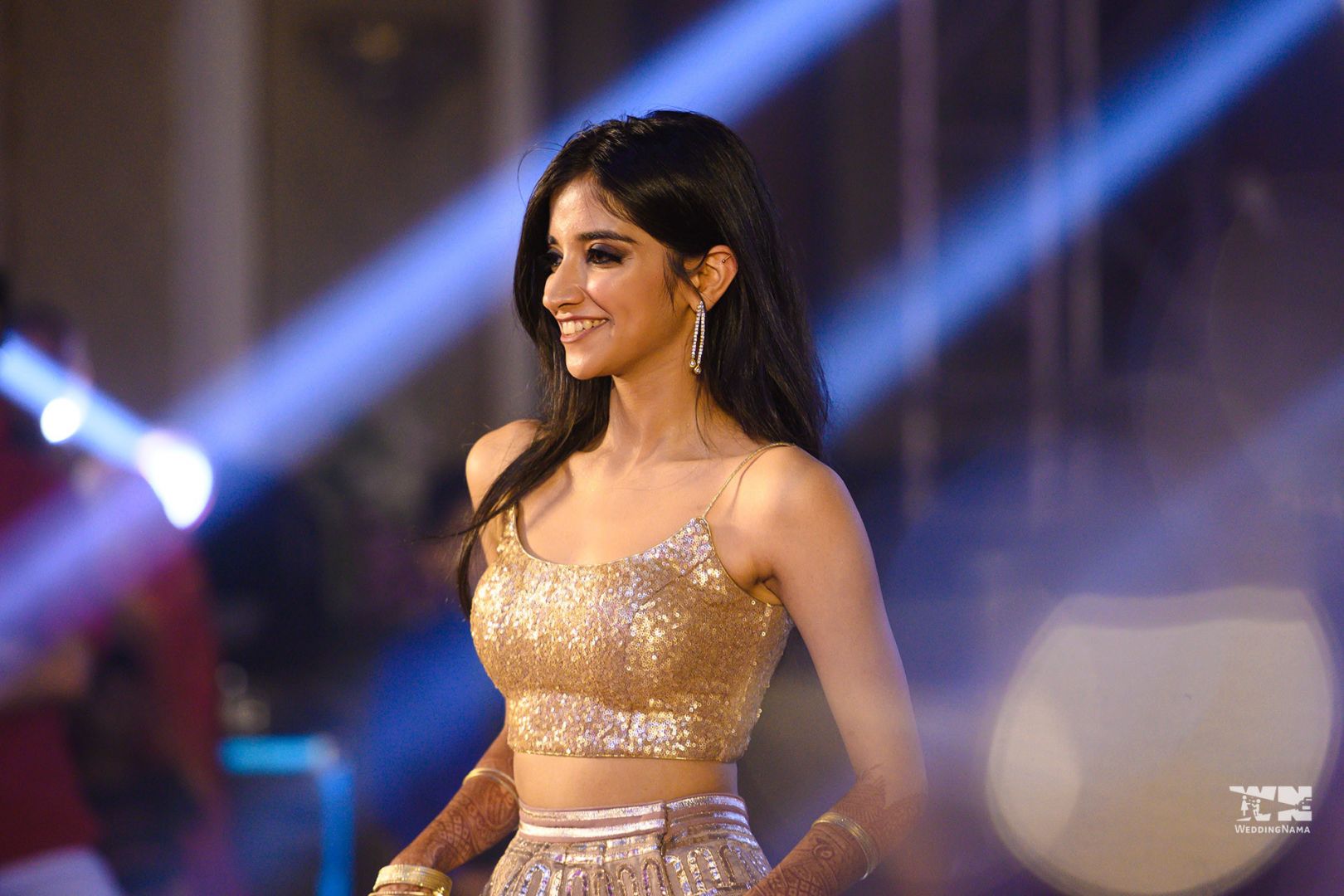 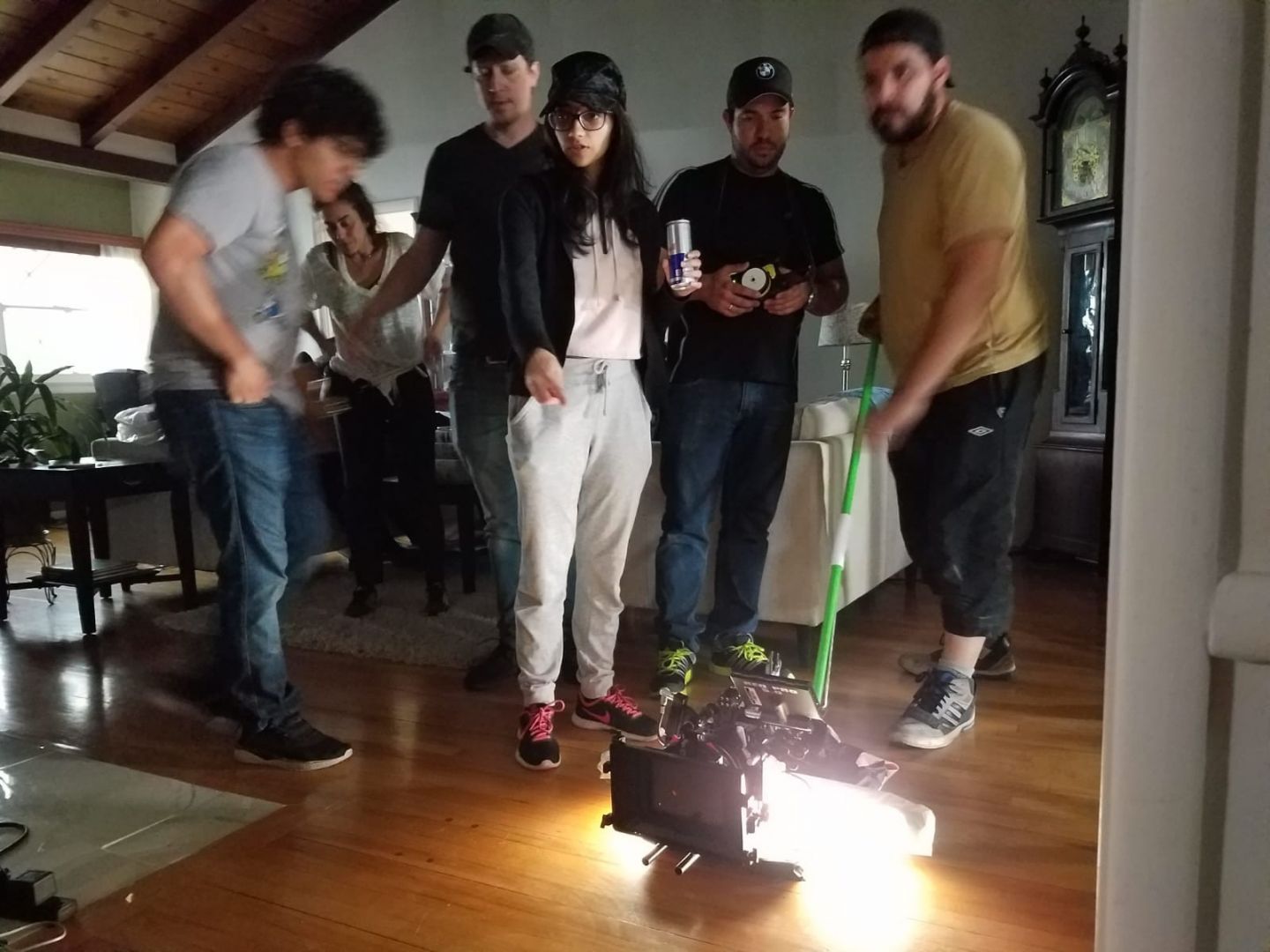 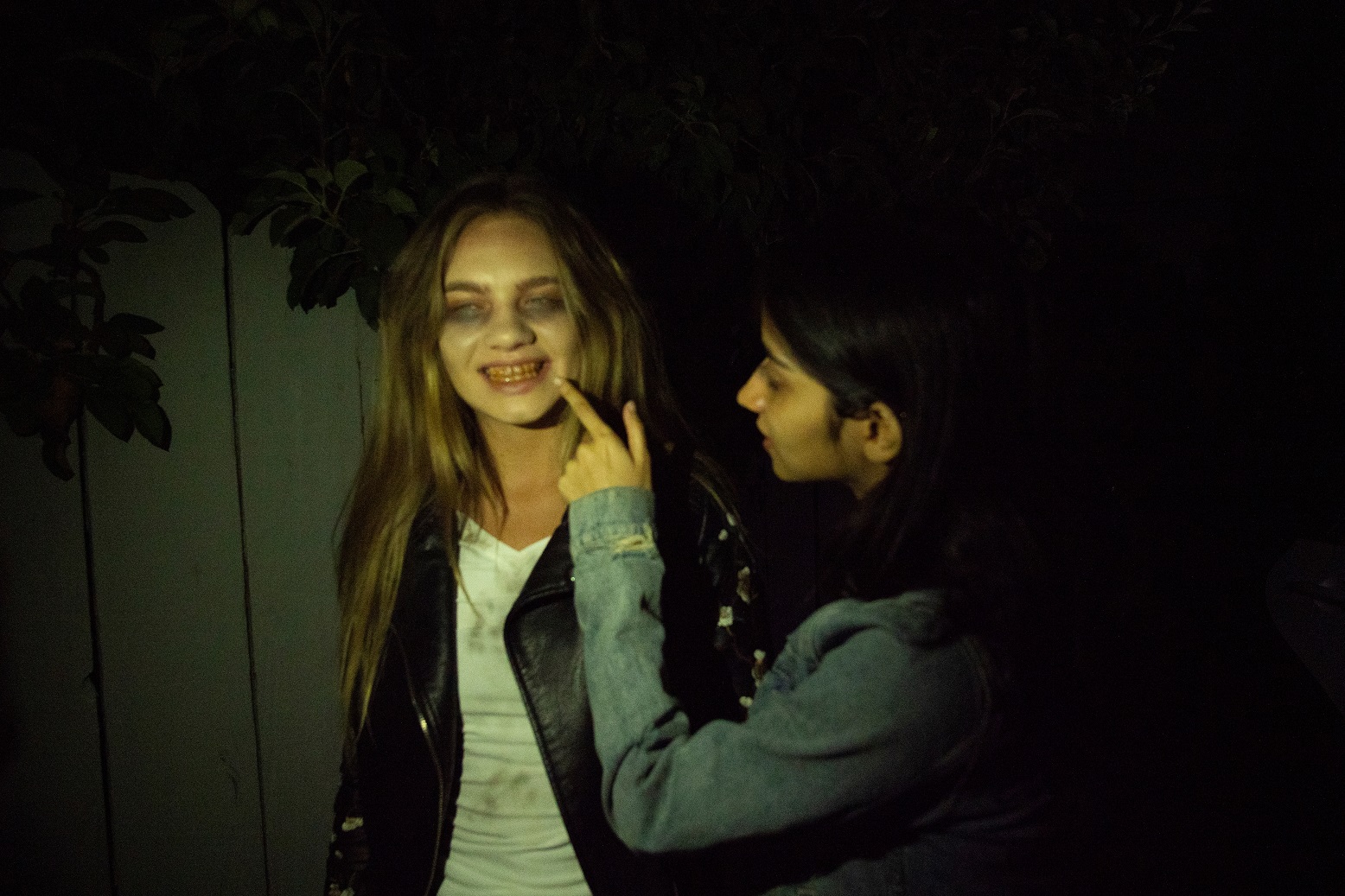 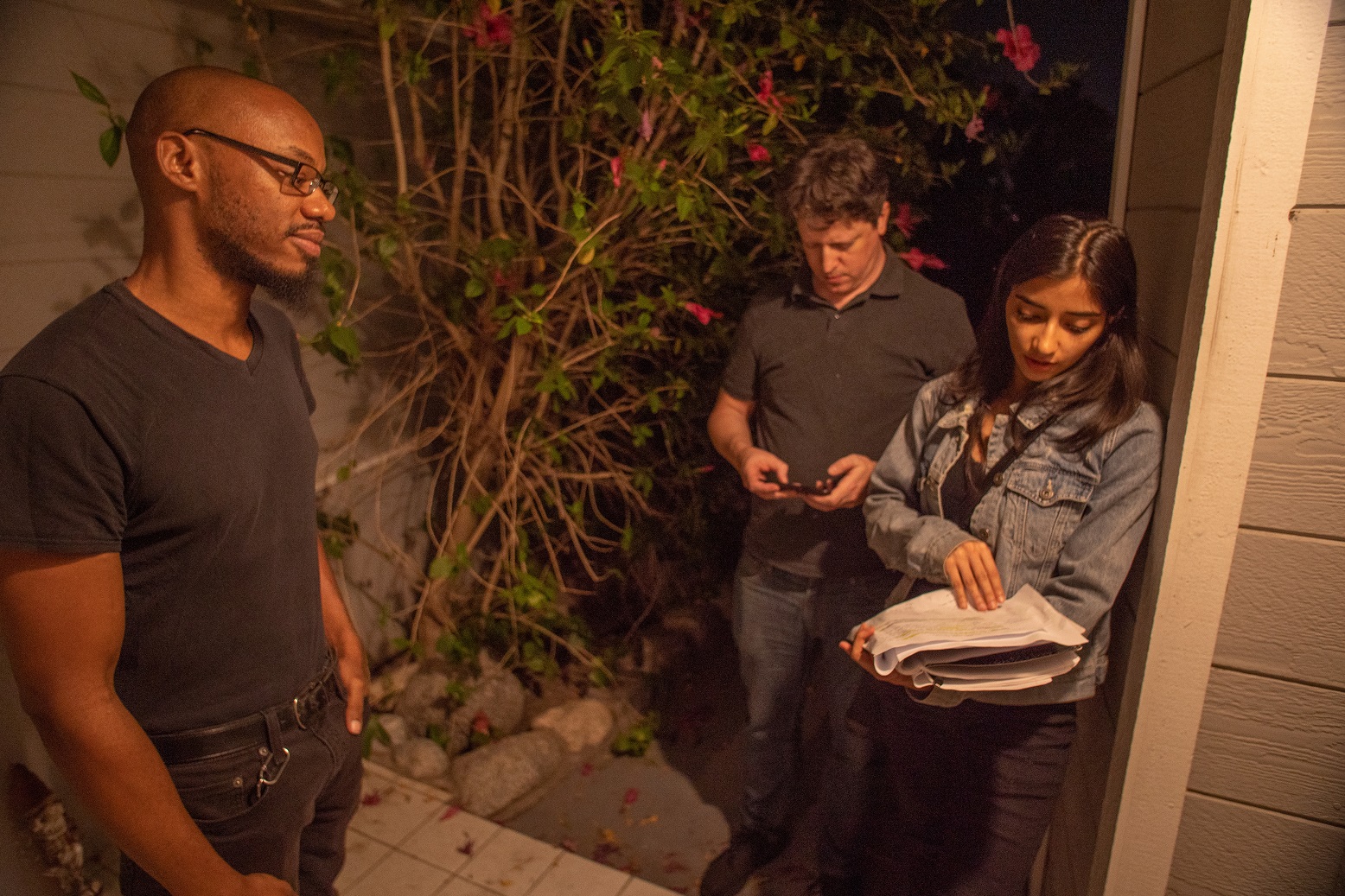 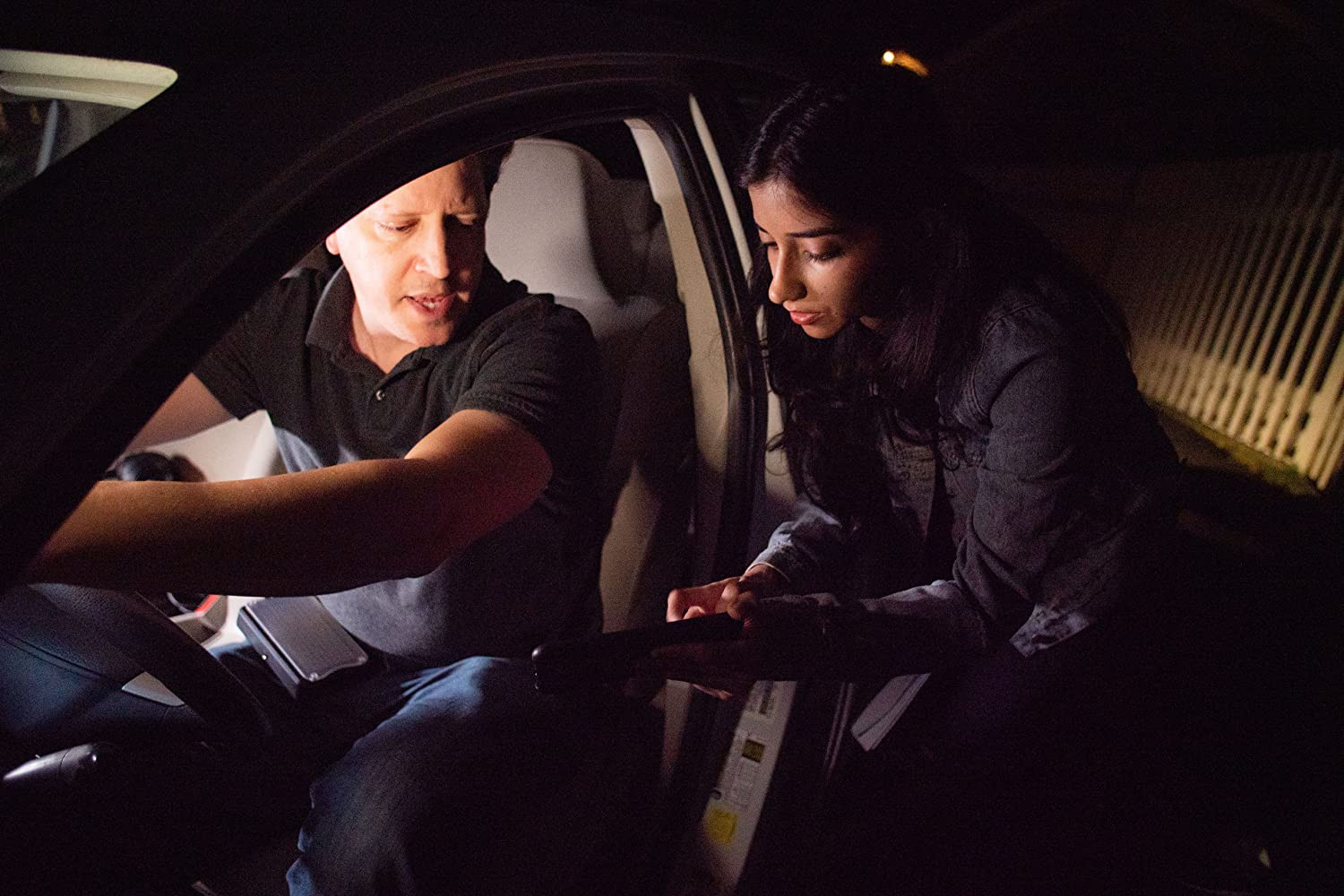 The Shoutout series is all about recognizing that our success and where we are in life is at least somewhat thanks to the efforts, support, mentorship, love and encouragement of others. So is there someone that you want to dedicate your shoutout to?
I believe that success in any endeavor is virtually impossible without the help of an existing resource or the guidance of a mentor, friend, etc. In my case, the list is endless but here are a few —

First and foremost, it was my parents back in Mumbai that encouraged me when I was 17, to give a local film school a try. Without their incessant support and adoration, I wouldn’t have had the opportunity to come to Los Angeles at 21 and pursue filmmaking as a career. Initially, before I started making Bollywood music videos, I would make short films with my best friend, dancer and model Tanvi Gadkari. It was essentially a playground for both of us to make mistakes, try new techniques and address our curiosity. Without her, my pathway wouldn’t be the same.

Besides the crew that have helped me out on every other project, it is my frequent collaborators that made the shorts bigger than I ever visualised — Shout out to my producer and confidante, Virginia Blatter ; my proactive Director of Photography, Carlos Rosas ; my amazing actress / friend, Anastasiia Polishchuk ; the trooper “engineer” who’s been given such a doozy of a credit because he does almost everything on set, Jonathan Madajian.

I’d be remiss if I didn’t mention my heroes. In terms of film and entertainment, I’m majorly inspired by James Cameron, Gale Anne Hurd, Jason Blum, Tyler Perry, Michael Jackson, Walt Disney, etc. Others that have influenced the way I think and function in daily life include Dr. Stephen Covey, Dr. Jordan B. Peterson, Joe Rogan and Pamela Reif.

Lastly, my biggest shoutout goes to my rock, Andrew Mayne.