We had the good fortune of connecting with Sammi Doll and we’ve shared our conversation below.

Hi Sammi, why did you pursue a creative career?
My life has always been full of synchronicity. From as far back as I can recall, my focus was always driven toward expression and art. I would wrangle the neighborhood kids to create a dance or singing routine to put on for the parents on Friday nights. My parents are both creatively focused, I was fortunate to have the freedom to explore what that meant for me. They met whilst playing in a band in England, so you could say that music has always been in my blood. As a self-taught musician, I felt a natural calling to the art of performance; chasing the irrevocable high of commanding a stage, connecting with people and expelling an energy I didn’t know existed within me. An “old soul” and “free spirit” were terms I heard often throughout my childhood, but even then I still felt the societal pressure to conform to the 9-5 corporate lifestyle to begin my journey into adulthood. I existed a few years in the corporate daily grind without a challenge or passion, on autopilot… was this what it was like to be an adult? If so, this was no place for me. In 2008, the life-altering recession hit. I, along with the many millions of people in the US, lost my employment, security, stability, and my “safe” path. I didn’t realize at the time, this change would be the best happenstance of my life. It allowed the headspace to connect again with what was important to me at the core. I promised myself I would never live to work again, but choose to change the narrative and work to live a life that brought adventure, happiness, challenges, and channel my creative impulses into a sustainable living. Since that decision, I spearheaded every resource and opportunity I had until I worked my way through various areas of the entertainment industry; from a touring merchandise manager for legacy acts such as The Go-Go’s and K.D Lang, to relocating to Berlin, Germany to join my favorite band, IAMX, as a synth player and go on to perform in 88 countries (and counting). It all started with a passion; it became my reality by working very hard, taking many risks, and never giving up on myself or my passion. I have never been happier. 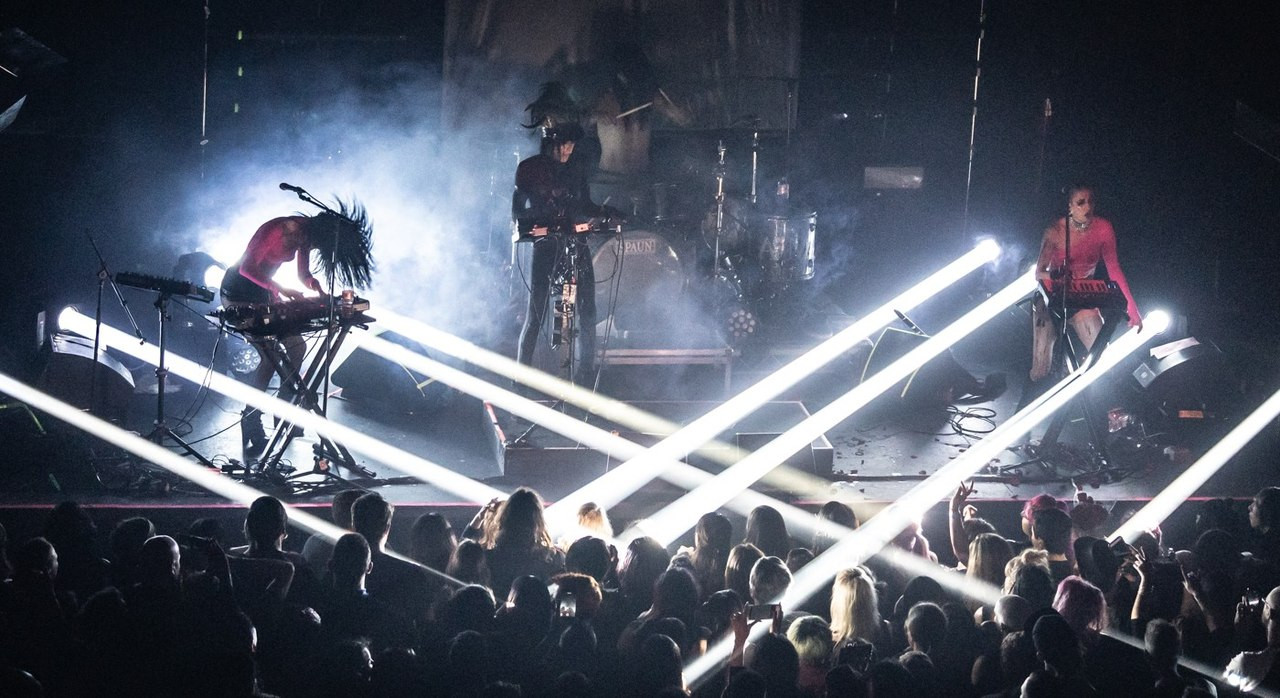 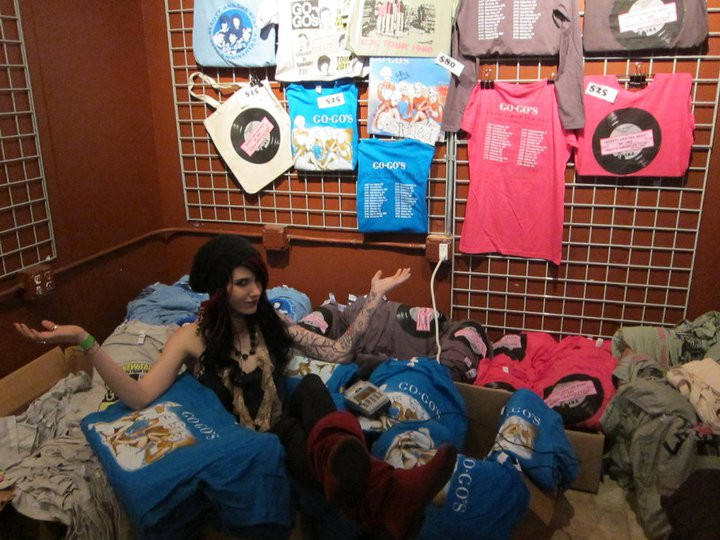 Let’s talk shop? Tell us more about your career, what can you share with our community?
Nothing worth having comes easy. No pain comes without purpose. I’ve worked hard at training myself to stay positive and not perceive challenges as setbacks, but obstacles and lessons. It may be difficult to feel that in the moment, but as long as you never give up, you’ll never stand in your own way. Materializing your dreams into reality comes with making an incredible amount of sacrifices. My life has not been short of those. I left the comfort of familiarity and everything I owned in Los Angeles and moved to Berlin, Germany without knowing the language or really anybody outside of my bandmates. I lived there for 5 years. It was a difficult adjustment; especially simultaneously going through an emotionally taxing divorce, but the difficulty and pain I was experiencing was growth and strength. The juxtaposition of my self worth and value was destroyed in the emotional elements of my life, yet I was thriving on the creative and professional side. I was going through some of the darkest times of my life while only showcasing the highlights to the outside world. I needed to lose and find myself again through those life changing experiences to find my strength and autonomy. Through this process, synchronicity found me again. I met a man named Jon Courtney in Berlin who helped guide me toward purpose when I felt so lost. He asked if I would stop by his studio and put down some vocals on an album he had been writing. Not only did I love the material, I became the other half of “Bullet Height”, an electronic rock project with elements of prog and 90s industrial influences. The debut album “No Atonement” was the first record I was a part of that was released on a major label (Sony UK). Even with the major label name behind us, we experienced roadblocks booking shows in Europe and the UK. It’s a different animal over there, it’s not as easy as contacting a promoter and being added to a lineup, or the dreaded “pay to play” model they have here in Los Angeles…. We were a brand new band which needed to have ‘experience’ playing shows to get booked anywhere, yet we couldn’t get booked to gain said ‘experience’, despite both the long roster of touring and performing experience Jon and I both had in our other musical endeavors. It was a paradox, to say the least.

After the album release, I moved back to Los Angeles and took over the live element of Bullet Height to see how the US would receive the music. The first show in the US was booked for three months after I arrived at the Regent Theater in DTLA, and many followed after. It seemed the music had found a home in LA. That was three years ago. Since then, I have transitioned into a “dark pop” solo artist, releasing my first video and single “AN OM IE” amid pandemic. I’ve also since joined forces with Kat Von D as her synth player in her melancholic, synthwave band. I moved in with her during the beginning of the pandemic with the guitar player and we together produced her record “Love Made Me Do It” over quarantine. My life has been nothing short of a surreal experience. If I would have given up at the most painful or uncomfortable challenge, I wouldn’t be anywhere that I am today. I certainly wouldn’t have had the experience or strength it takes to be an artist with conviction. You have to live through it to understand it; to empathize with it. People connect to the things they can relate to – everyone has a story and faces hardships. I’m not unique to that. But sometimes, it takes just one story of success to inspire someone to change something within themselves, to keep holding on, to never give up. That’s my truth and what I hope to convey to those who grant me their time. 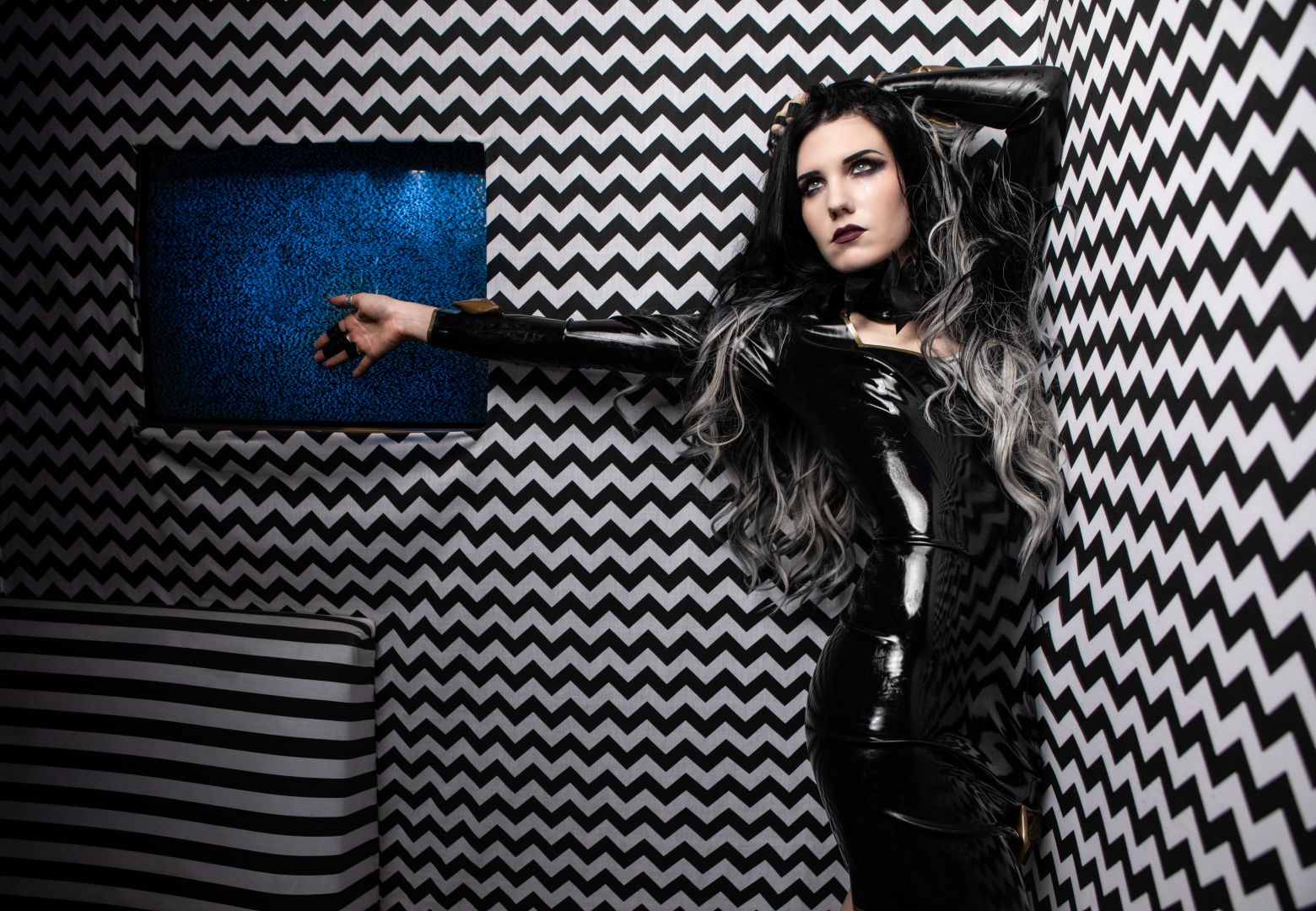 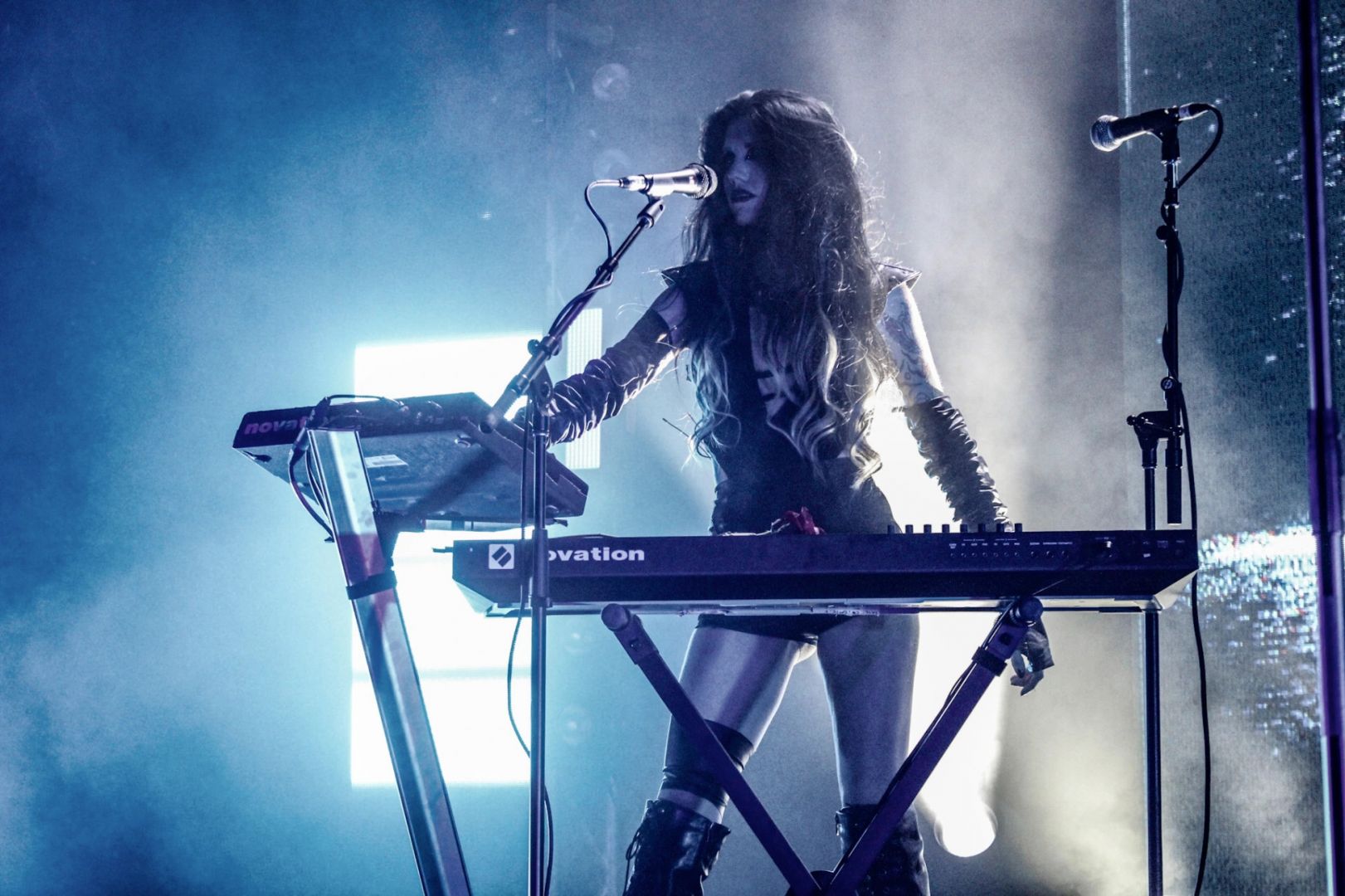 If you had a friend visiting you, what are some of the local spots you’d want to take them around to?
Oh man! Hmm. I think the week would start in the studio, to conjure up some collaborative ideas to work on throughout the week… because my best friend is a KILLER musician, so I’d get that out of the way first, haha. Two MUST SEE experiences in LA are the Cakeland LA exhibit and CAGES theater show. I’ve seen CAGES twice and the experience gets better every time. It would be a bit cliche to mention shopping, but there are a few points of interest – the Mystic Museum in Burbank always has a rad, horror-themed exhibit and Momento Mori in Hollywood always carries unique oddities. Gallery1988 in Hollywood and La Luz de Jesus Gallery in Silverlake get a shout out for their incredibly curated galleries. I could live in the new Foxblood storefront in DTLA, my closet consists of at least 60% Foxblood clothing. No trip to LA would be complete without tasting some of my favorite local vegan haunts – Sun Cafe in Studio City with their Charged Amethyst cocktails that go down wayyy too easily, Vegan Exchange LA on Sunday’s in North Hollywood which features a variety of different food and drink vendors – most notably Vegan Hooligans which makes the gourmet fast food vegans never dreamt about a reality. Lastly, Magpies Soft Serve in Tarzana which has rotating flavors every week! 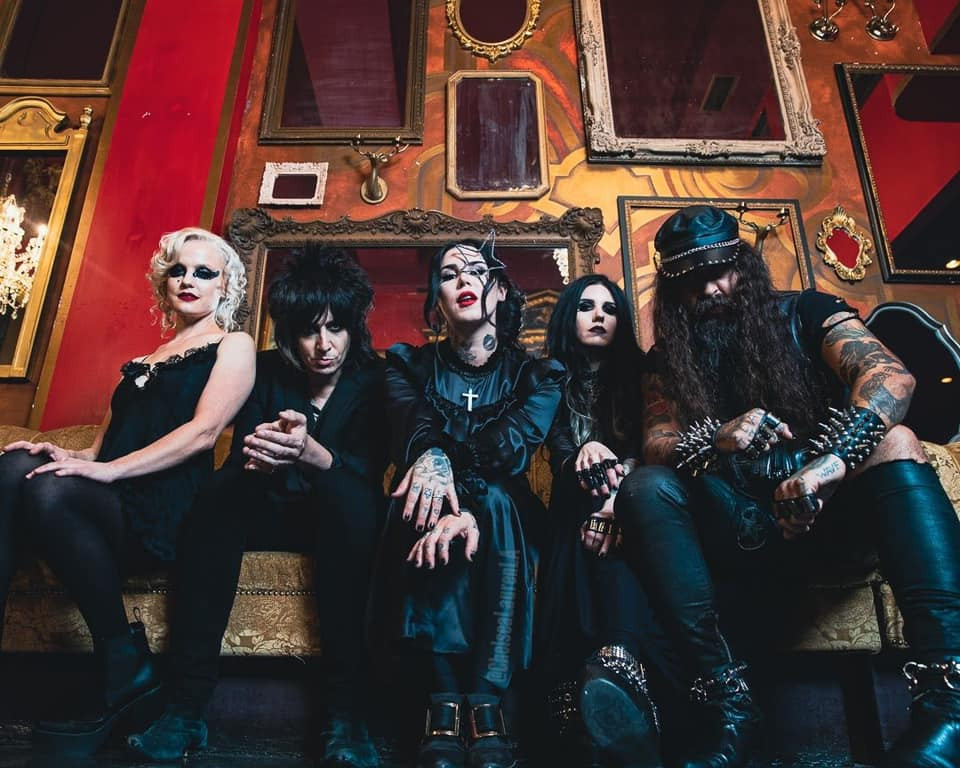 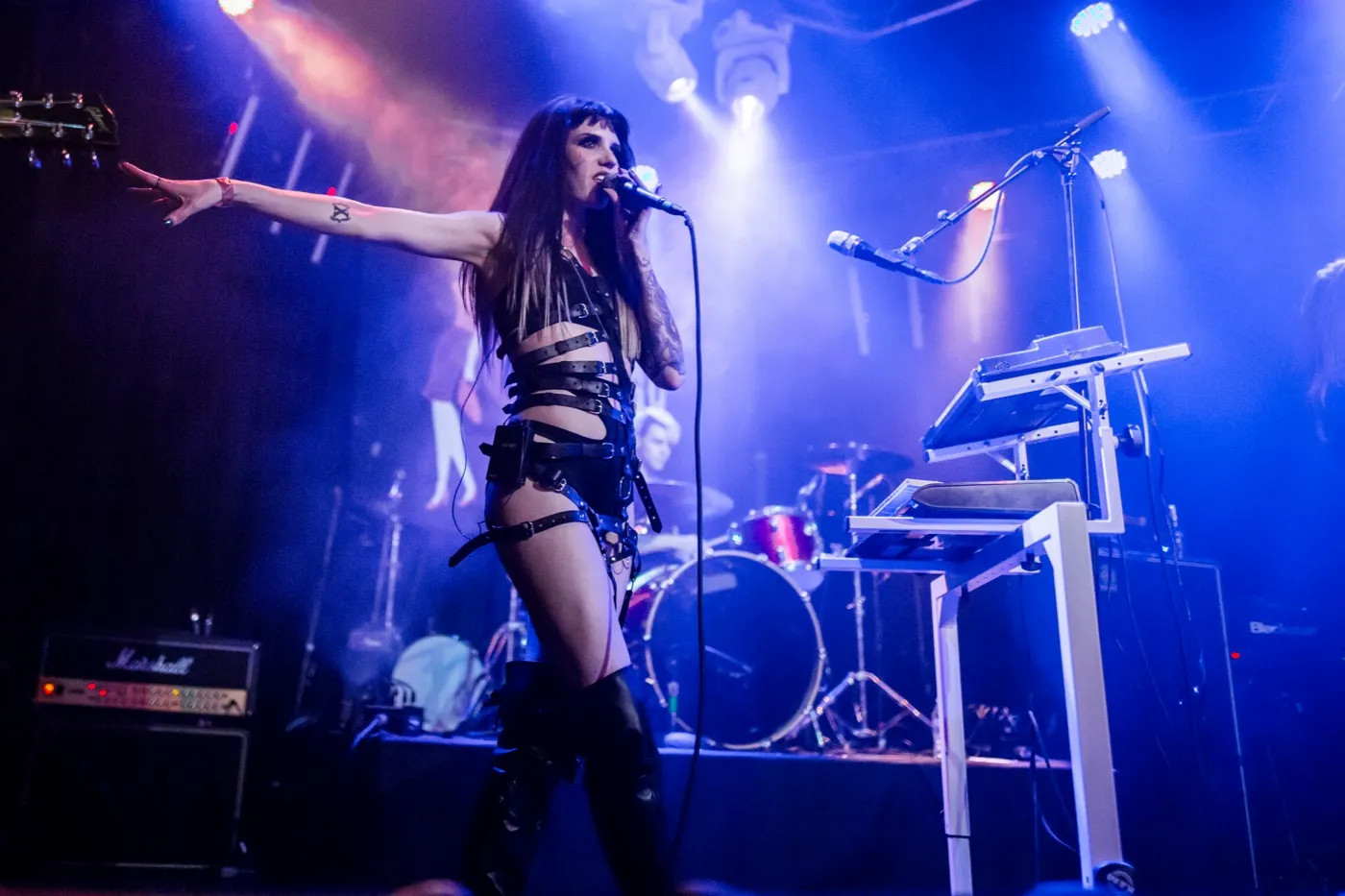 Who else deserves some credit and recognition?
I’m an amalgamation of every person that’s left an impact on me. There are so many people who have been incredibly important in my life, it’s hard to narrow it down, but I have a select few I would love to mention. I would like to give a huge shout out to the Go-Go’s manager, Art Cisneros who opened the door for me in the professional touring industry over 10 years ago, when I had been turned away by so many others. Thank you for your trust and for believing in me.

I would also like to shout out to my ride-or-die, Avi Ghosh. Without his incredible guidance, unconditional support and never-ending encouragement through my audition, preparation and process of joining IAMX; the crippling self-doubt would have eaten away at the opportunity that changed my life forever. I’m so grateful to have such genuinely wonderful people in my life. 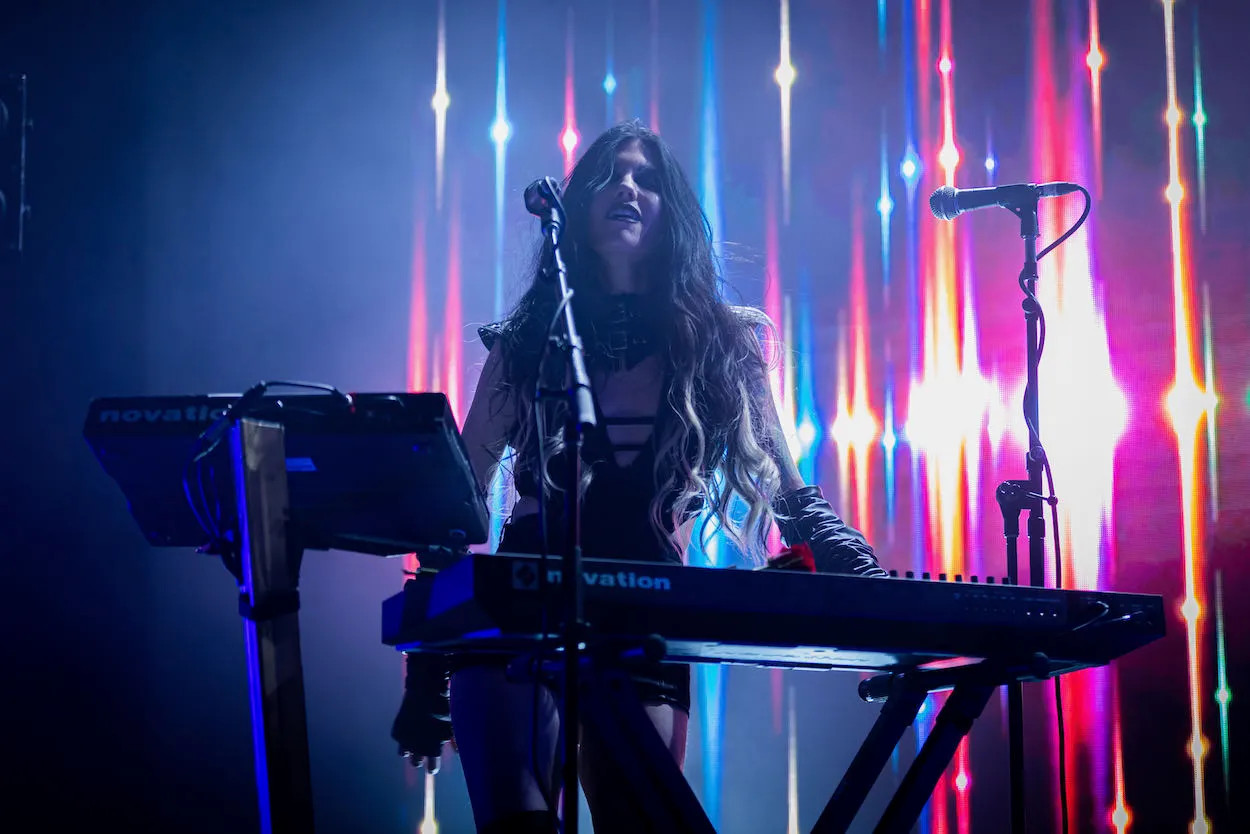 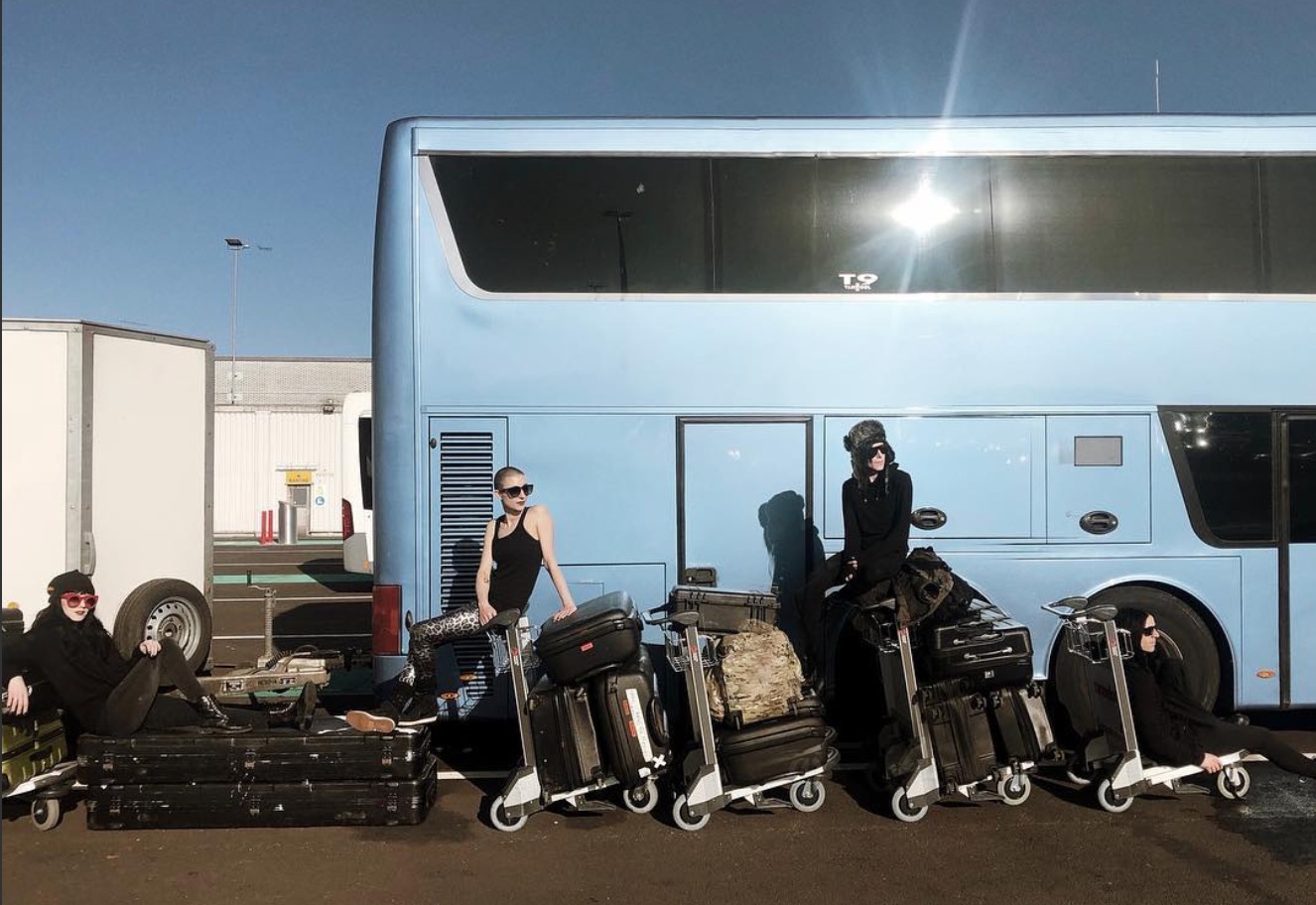