We had the good fortune of connecting with Sean Kobi Sandoval and we’ve shared our conversation below.

Hi Sean Kobi, we’d love to hear about a book that’s had an impact on you.
The Tao Te Cheng is an extremely dense “bible” for Taoism, an ancient Chinese philosophy from 6th Century BCE. I began exploring Taoism in search for a healthier mind and lifestyle, guidance to oneness. To follow the Tao (the way of the universe), is the path to virtue, happiness, and harmony. To understand this, we must learn to act as what Taoists call Wu Wei: flowing, or effortless action. It teaches to be like water and go with the flow of whatever happens in life. For my photography studies last semester in The Netherlands, I decided I could best understand this by swimming in the North Sea. The shock of submerging into the 48°F seawater triggered a survival mentality, washing away my external stresses and worries. The only thing I felt was euphoria and inner peace. I had an exhibition in January (with my photography classmates) to share this project called, “Cold Water.” Last semester I became a Taoist artist. 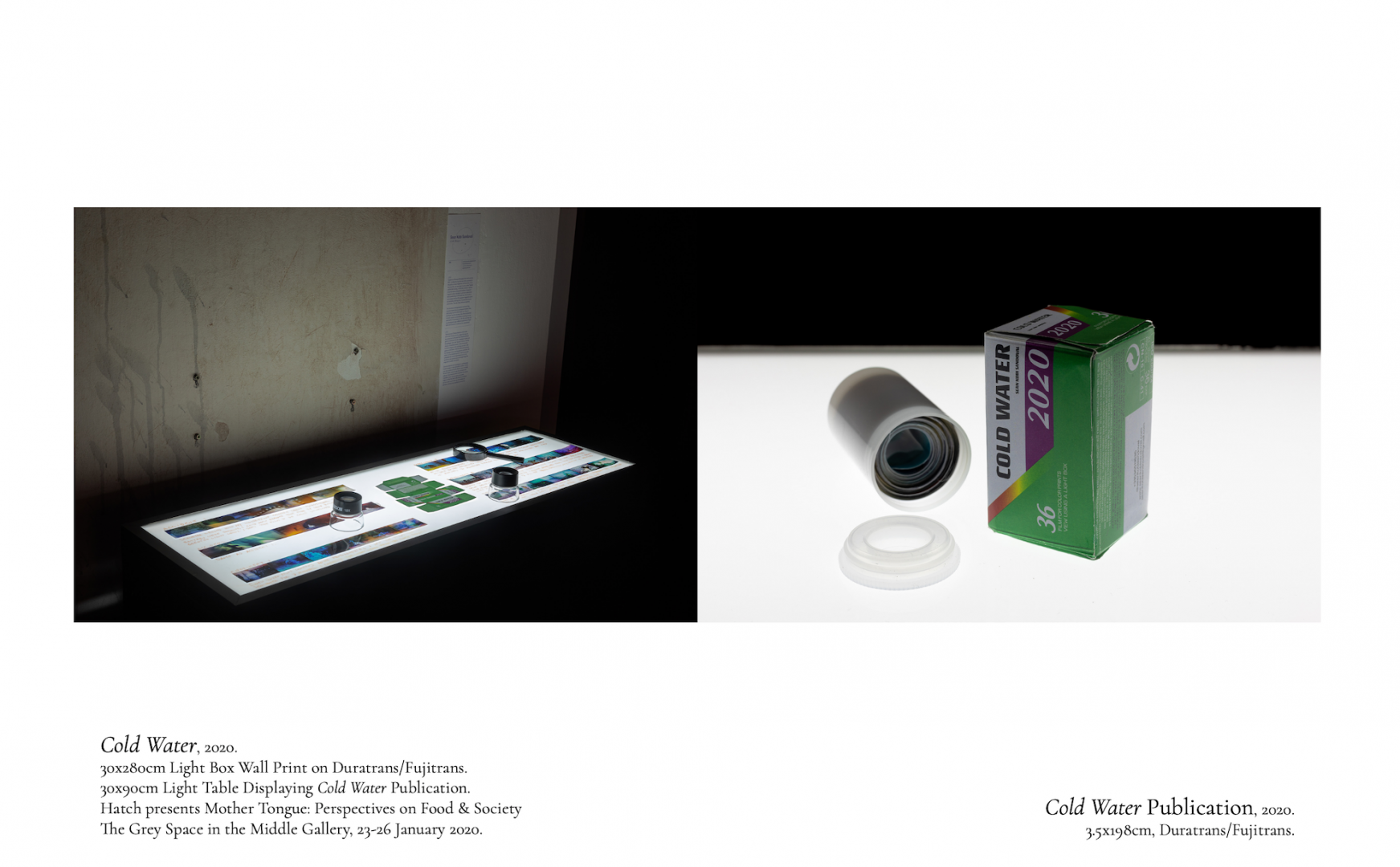 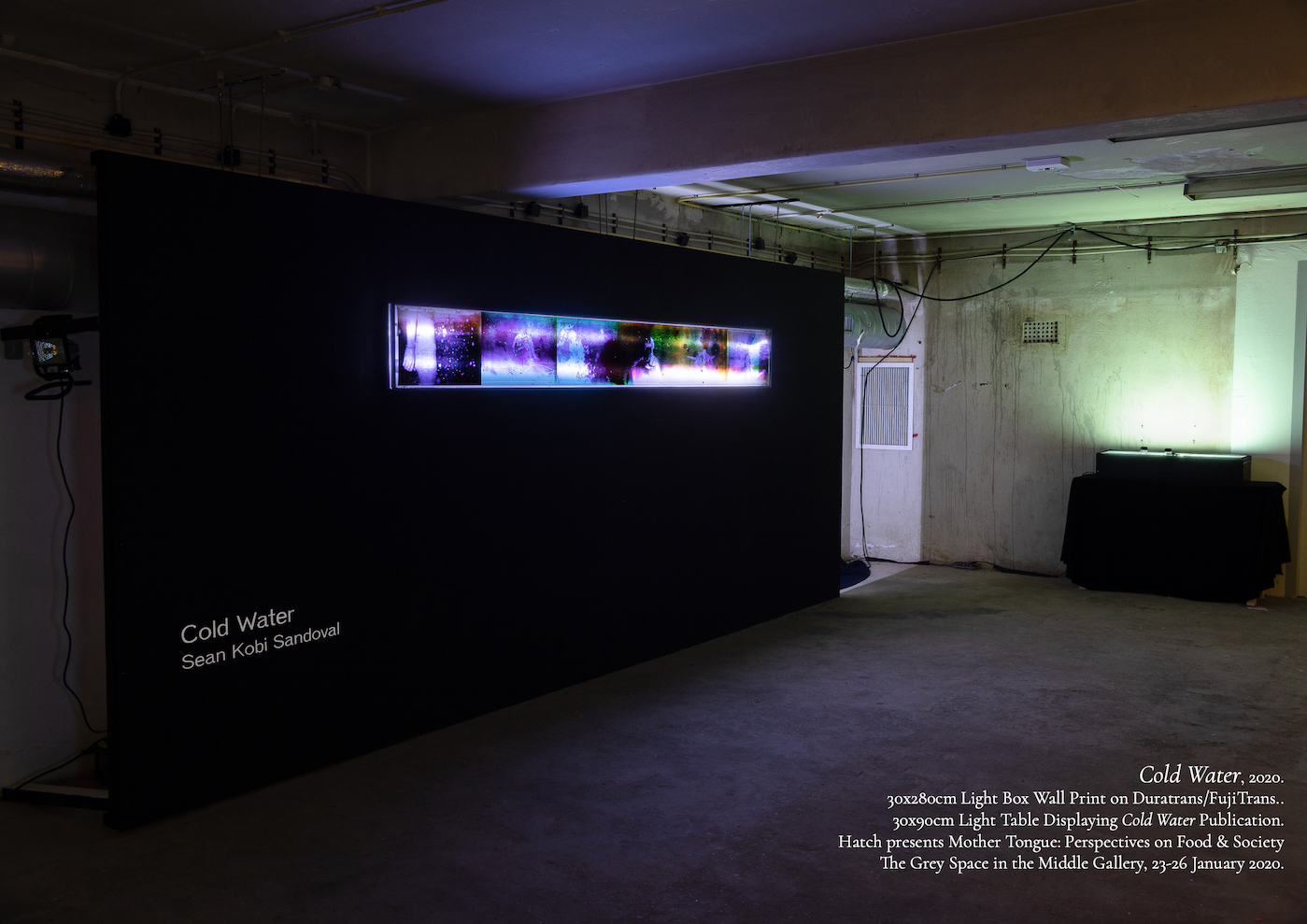 Let’s talk shop? Tell us more about your career, what can you share with our community?
I left Huntington Beach to travel Europe and explore new cultures, people, and new ways of life. It can be quite hard to break through the USA bubble, but once you do you realize how massive the world is. In 2017, I anchored down at an international art academy in The Netherlands for a 4-year bachelor degree in photography. This school is highly demanding as they over-work you until the point where many go quite crazy, it wasn’t easy but thanks to sticking with the program I have accomplished so much. I have been exhibited internationally within the past two years: Eye Filmmuseum in Amsterdam, Galéria Médium in Bratislava, the Huntington Beach film festival, The Grey Space in the Middle in The Hague, and the biggest named exhibition I was apart of was Les Recontres d’Arles (50th year Anniversary Opening Night) in Arles, France. The exhibition in Arles was a particularly stressful one. I was flying from Amsterdam to Marseille a day before my exhibition and I ended up missing my flight by standing at the wrong gate (they changed the gate # last minute which I was too tired to notice, running on 4 hours of sleep that previous night). I ended up losing my checked suitcase which had ALL of my equipment I needed to exhibit the biggest show of my life up until that point. My suitcase also included my tent and sleeping bag. I had to buy a new plane ticket for that day and waited at the Marseille airport to learn that evening my suitcase was lost in Germany. That night I was homeless in a foreign country, a language I don’t speak with only my laptop, iPhone, and a portable phone charger. I reached out for help via social media for a place to sleep and for how I might find a projector to display my film within a 24 hour time crunch. That night I met some kind French people who were doing last minute setups for the photo festival’s opening day in the following morning. They offered me a place to stay in their Airbnb that night. And the next day, just a few hours before my exhibition began at 10pm, I got a message via social media that a friend of a friend of a friend’s parents live in that city. These two people offered me a projector, speakers, a shower, clothes, a bike, and a place to sleep that night. I was able to not only show my exhibition on time, but I was also the exclusive artist from that event who got to show my exhibition in the second showtime as well. The next day I was invited to screen my film at another event within the photo festival, with the Fotobus Society. The film I screened is called, “What the Tide Still Carries”. It is actually part one of a trilogy I am working on about being homesick for California. Since I live 9 months out of the year in a foreign country my homesickness encourages me to take a bunch of photos for when I visit Huntington Beach in the summer for 6-weeks. I couldn’t have gotten through the events in Arles without the Wim Hof method and my small introduction to Taoism, I just trusted all these horrible things were happening to me for a reason, that everything would turn out to be okay. In the end, things turned out much better than I could have ever hopped! After all this I recognize I am an artist whose work focuses to bring humankind (myself) back to nature, spirituality and oneness. 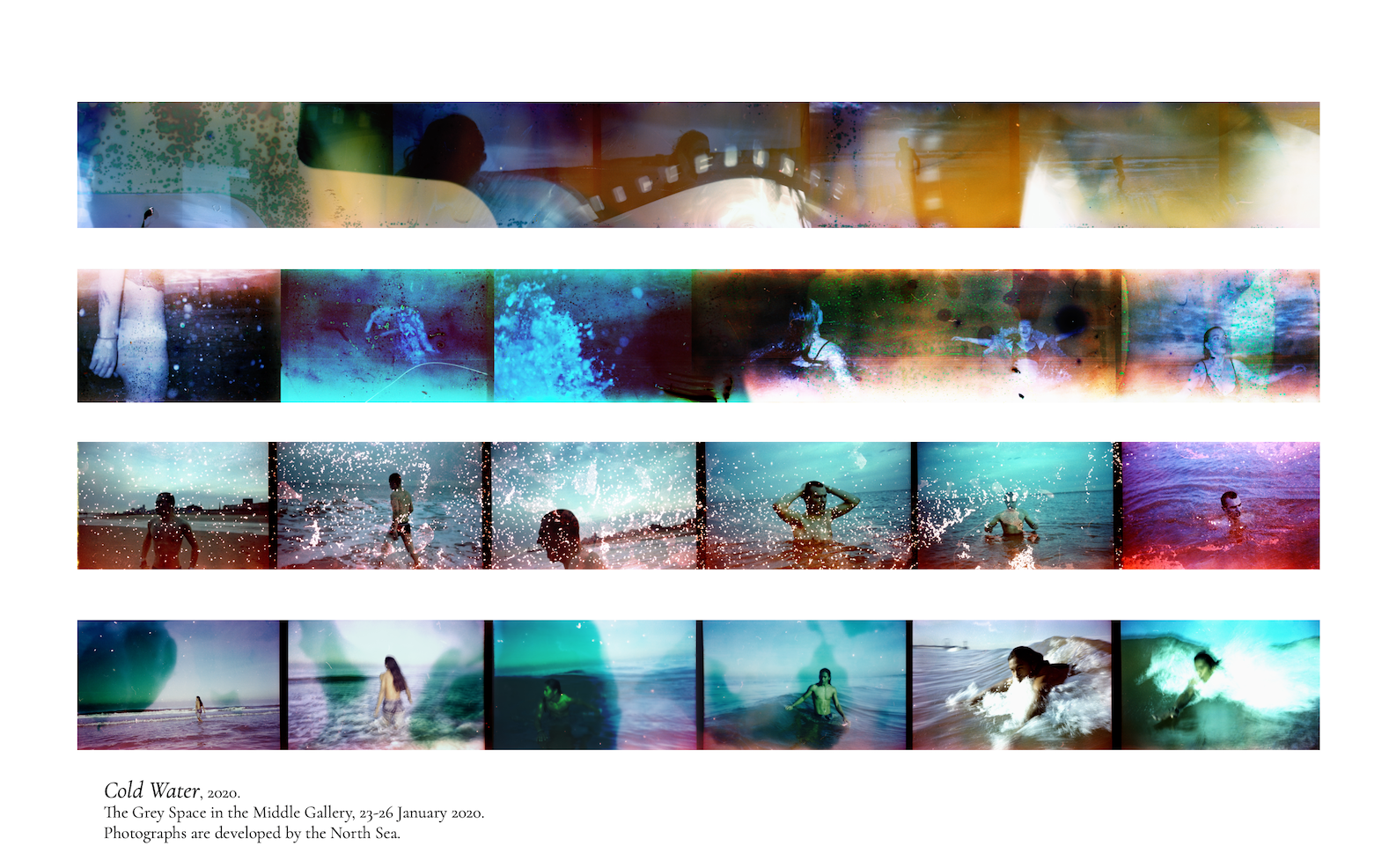 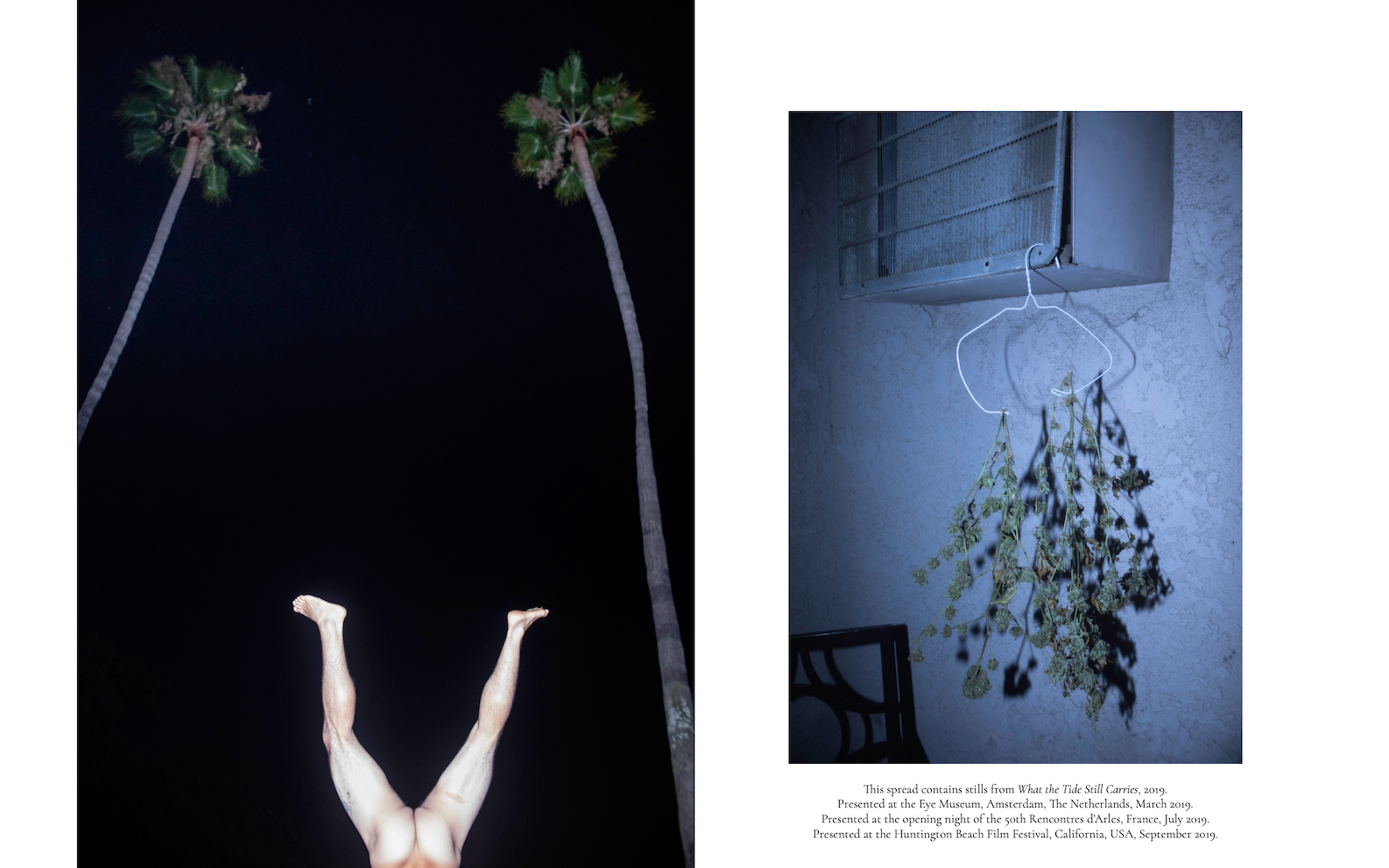 Any places to eat or things to do that you can share with our readers? If they have a friend visiting town, what are some spots they could take them to?
A majority of my friends are international and it’s always fun to imagine where I would show them for when they visit. The plan would be to rent a car and show them as much of So Cal as possible! We would definitely start them off in Huntington Beach since I am from here, sharing the surf culture downtown at the Cliffs or the pier. Then I would say let’s drive all the way south hitting up all these awesome beach cities and sites along the way: Corona Del Mar, Balboa, The Wedge (on a good day of course), Crystal Cove, Laguna Beach and Top of the World, Dana Point and San Clemente. Depending on the personality of who I am touring with, I would include a camping trip at San Onofre beach for the surf, Joshua Tree for the desert, or make our way to camp in Yosemite, National Forest. The beautiful thing I have realized from living abroad is how lucky and blessed we are in California to have such a broad range of places to visit: beaches, cities, mountains, deserts, you can do it all in one day if you wanted to! Not many places in this world actually offer this luxury. 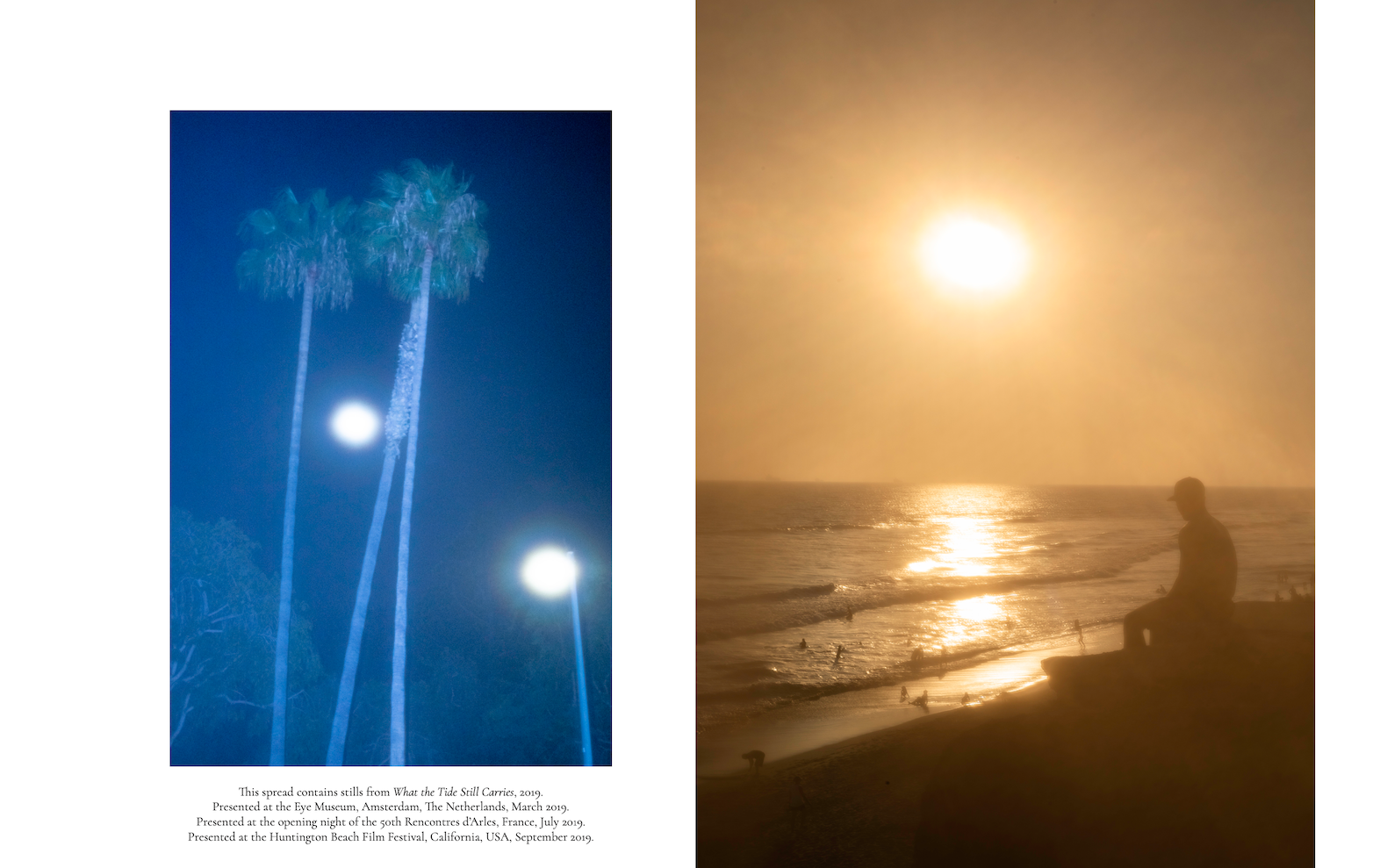 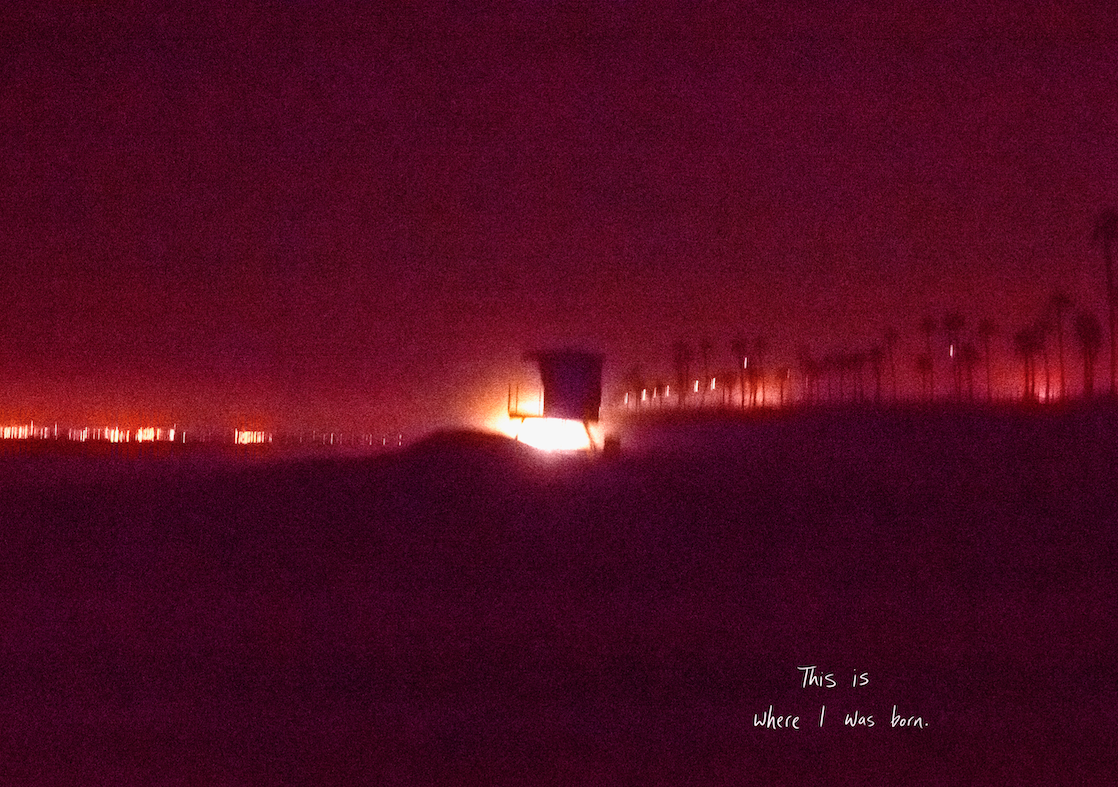 The Shoutout series is all about recognizing that our success and where we are in life is at least somewhat thanks to the efforts, support, mentorship, love and encouragement of others. So is there someone that you want to dedicate your shoutout to?
I have so many people to be thankful for. For my “Cold Water” series and exhibition I have to thank my art academy, the Royal Academy of Art in The Netherlands. They are teaching me how to be a conceptual and original artist in a much deeper and incredibly demanding study– unlike most art schools I researched back in So Cal, those didn’t seem to offer a pure dense art study, they seemed much more commercial. The particular people I have to thank from this project include those who helped me through exploring this Taoism & spiritual side of me for the first time, Naomi Rossignol & Zea van der Elsken (my girlfriend). Those two are also in my list of models I want to thank for swimming with me in the freezing North Sea: Ed Chilton, Ines Delgado Rusli, Nicolas Landriati, and though they didn’t appear in the final edit Cami Chebez, Amfo Kwadwo & Joel Heikkinen. I want to give an extra shoutout to my girlfriend for being with me through the whole process of this project from Taoism research, to swimming and developing the negatives, to helping me set up my exhibition and even staying up with me until 3:30am on one of those nights. For my current project I am working on I want to thank SurfEars for sponsoring my great opportunity. They’ve green lit a project for me to create a +200 page coffee table book by assemble stories and photographs worldwide from professional surf photographers and people who care and help our marine environments. Essentially it’s an ocean environmental book decorated with beautiful surf photographs. This is a non-profit project where all the proceeds will be given back to our partnering non-profits who help preserve our oceans and fight the war on plastic. I want to thank specifically two people who are helping me behind the scenes to bring this project to life: Magnus Ekermann and Joe Newcombe. This book will hopefully be released next month worldwide, called “Stories for the Seas”.